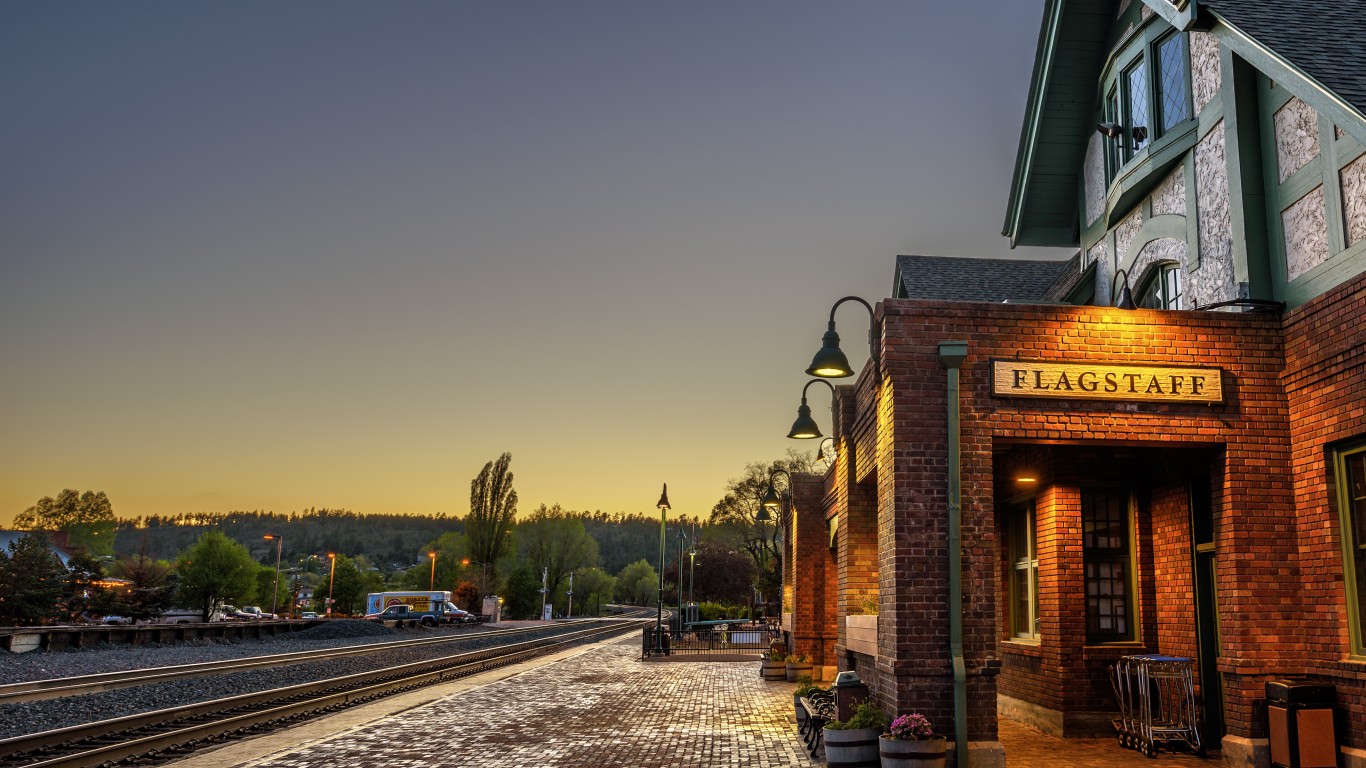 The increase in the overall violent crime rate was driven by a 42.2% surge in aggravated assault — which is the most commonly reported violent crime, both in Flagstaff and the U.S. as a whole. Meanwhile, rates of some other less common forms of violence, like homicide and robbery, actually declined in Flagstaff between 2014 and 2019. 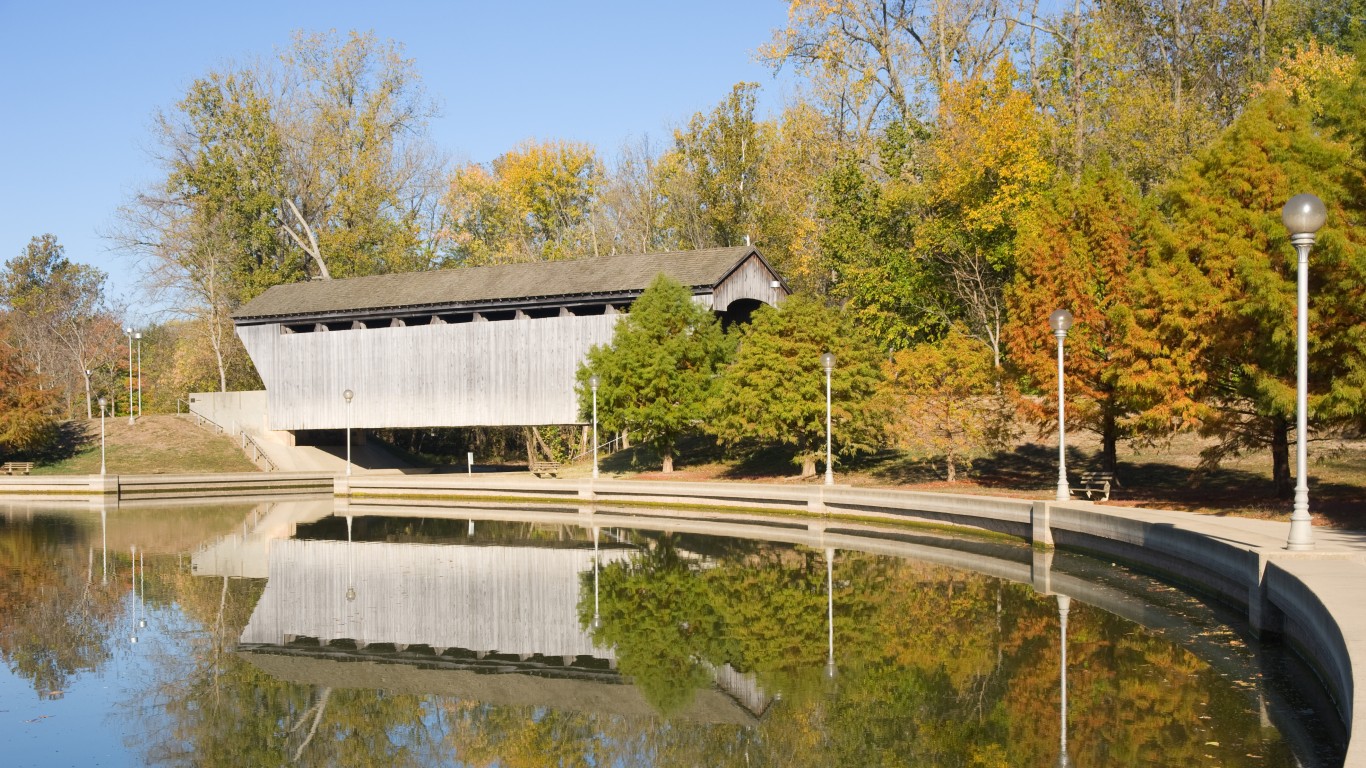 24/7 Wall St.
The American City With the Most Property Crime in Every State 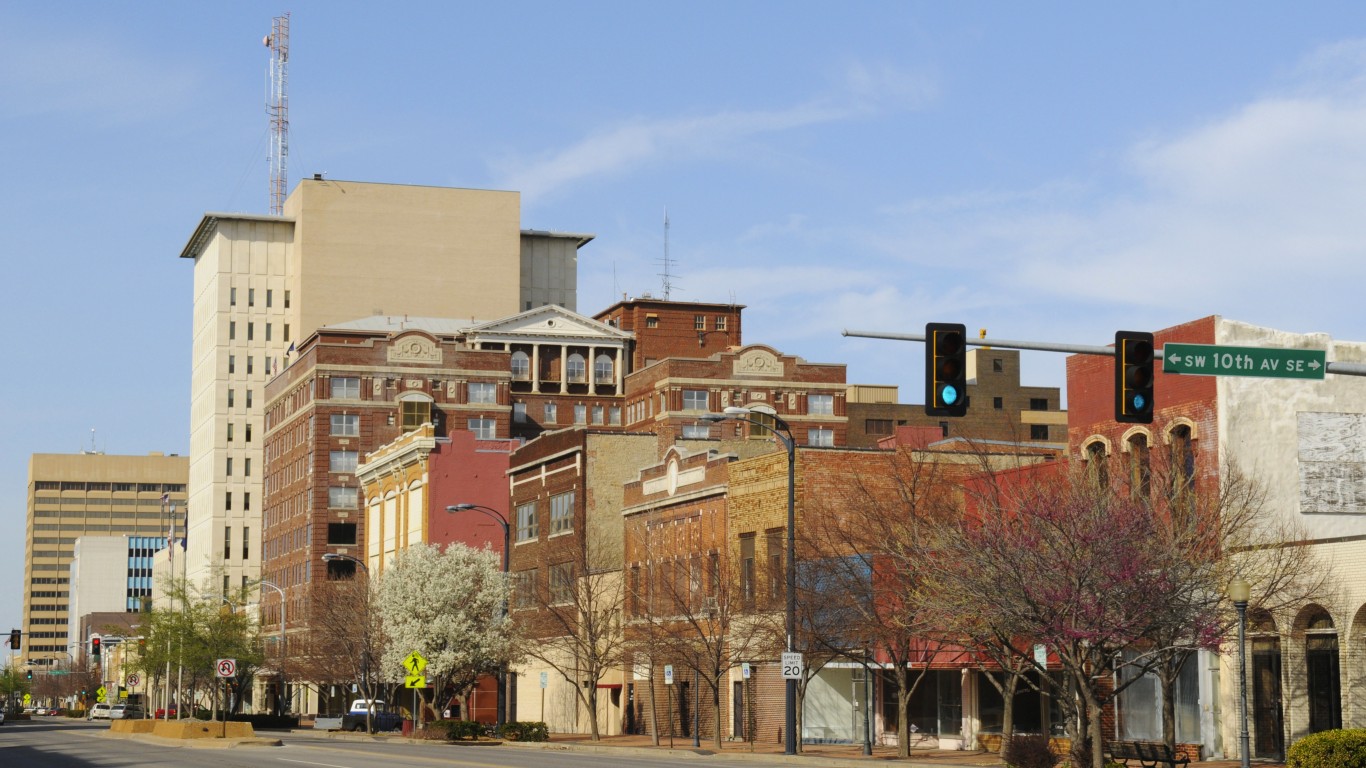 The 33.8% five-year increase in the population-adjusted violent crime rate in Topeka is among the largest of any U.S. metro area. Of the four categories of offences classified as violent crimes, murder climbed the most. There were 16 cases of homicide reported in the metro area in 2019, up from nine in 2014. 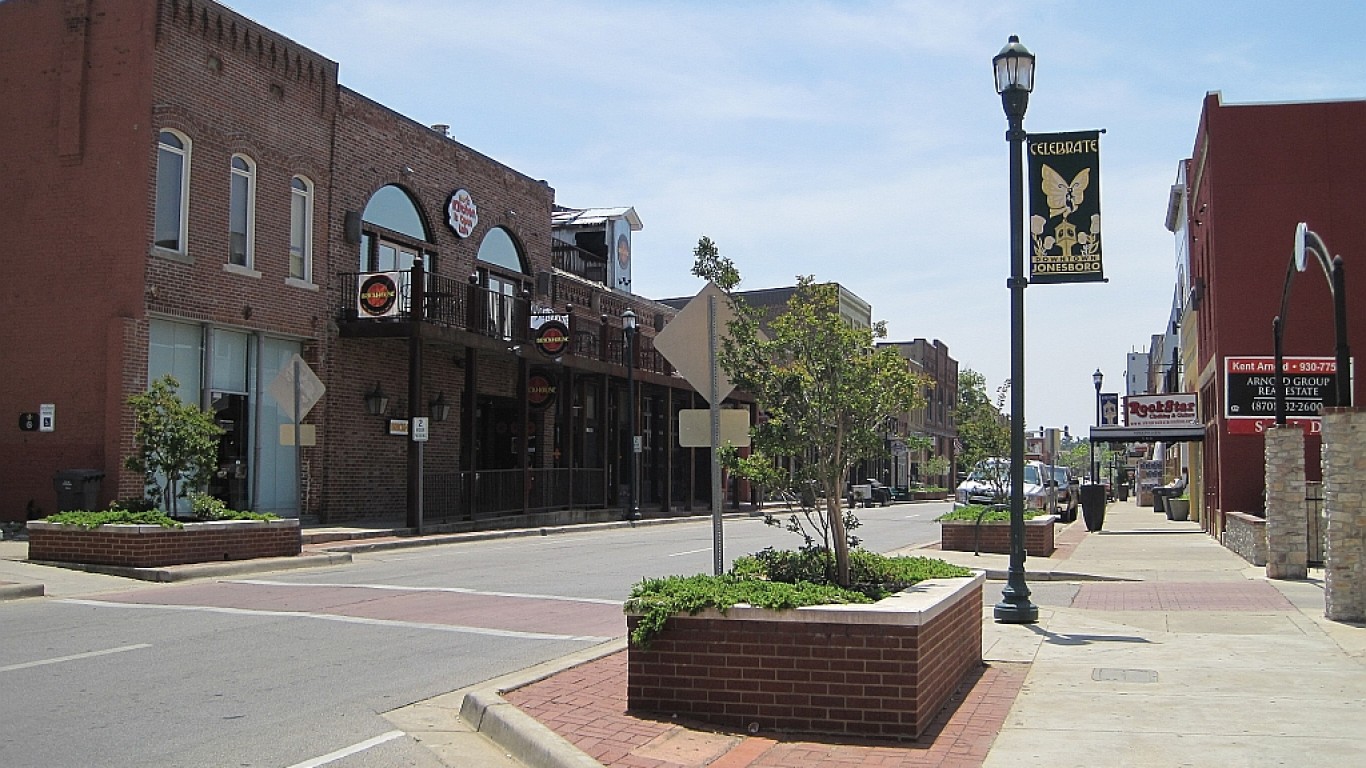 Higher levels of violent crime can reduce overall quality of life in an area and result in depressed real estate values. Over the five years from 2014 to 2019, the median home value in Jonesboro rose by 23.8%, well below the national increase of 32.7% over that time. 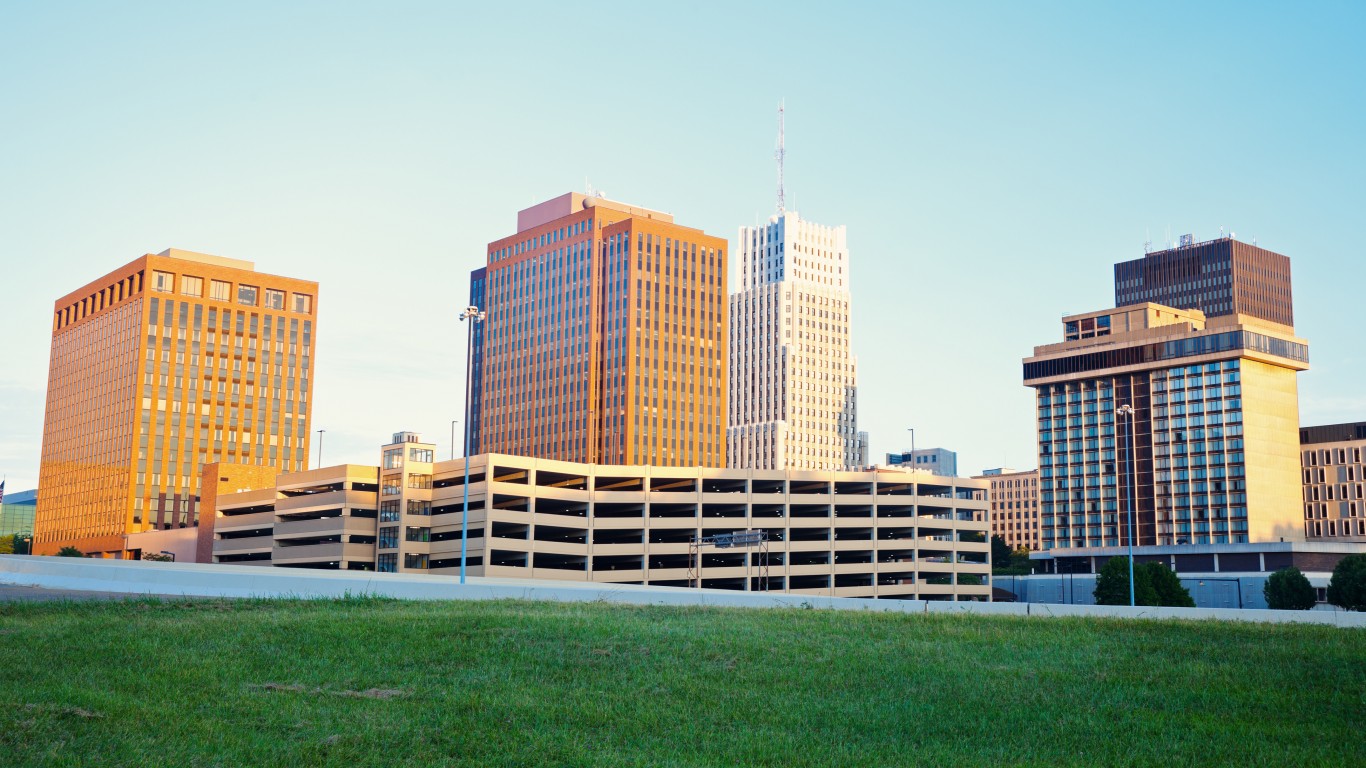 Akron is the only metro area in Ohio — but one of many in the Midwest — to report near-nation leading increases in violent crime over the last five years of available data. The number of violent offenses reported in the city for every 100,000 people was 35.1% higher in 2019 than it was in 2014.