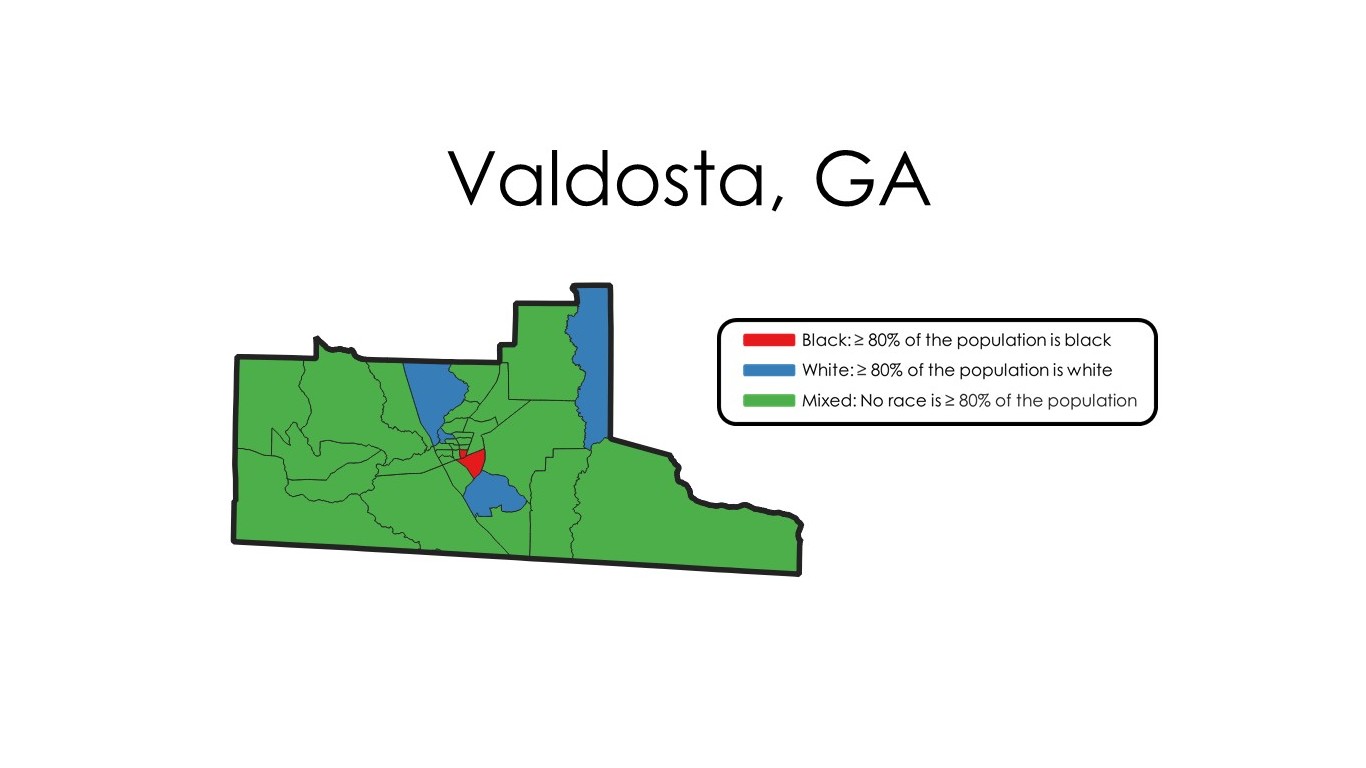 One of six metropolitan areas in Georgia to rank among the most racially segregated places in the United States, 57.9% of Valdosta’s Black population lives in a neighborhood where at least half the population is Black, compared to a national share of 19.5%. Meanwhile, 86.4% of white residents in Valdosta live in primarily white neighborhoods.

Residents of poor, segregated minority neighborhoods often lack access to education and employment opportunities and face major economic disadvantages that can lead to high rates of poverty and unemployment. In Valdosta, 37.1% of Black residents live in poverty, compared to just 15.9% of white residents. 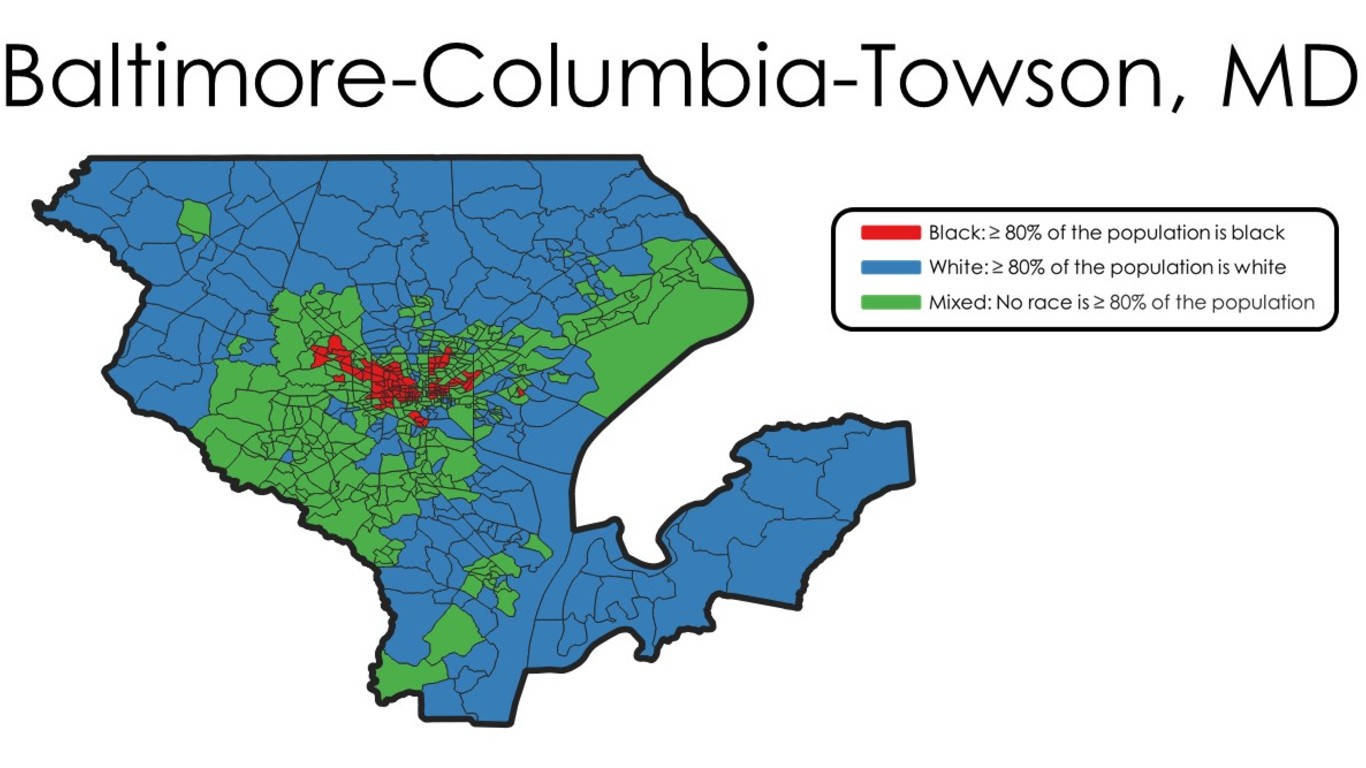 Despite being one of the first cities targeted by the Congress of Racial Equality to end racial injustice during the civil rights movement, Baltimore continues to be one of the most segregated cities in the country. An estimated 58.8% of Black residents live in predominantly Black neighborhoods, far greater than the 19.5% of Black Americans living in Black neighborhoods nationwide. 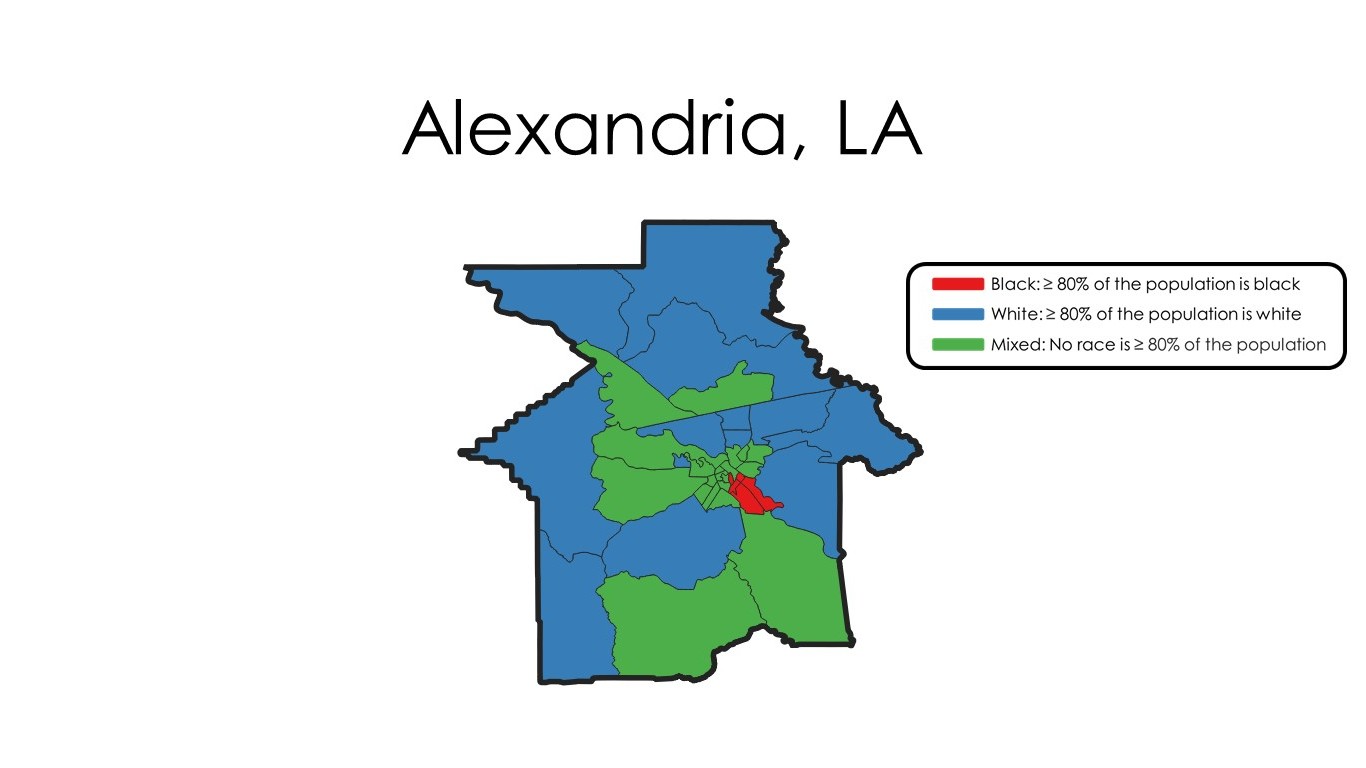 Just under 30% of the Alexandria, Louisiana, metropolitan area’s population is Black. Almost 60% of that group, roughly 26,400 people, live in a primarily Black neighborhood. Meanwhile, nearly 90% of the city’s white population lives in a majority-white neighborhood.

While one of the resultant policies of the civil rights movement was the integration of public schools, many communities were slow to integrate. The Rapides Parish School District, which is part of the metro area, was sued in 1969 for failing to uphold Brown vs. the Board of Education. In 1980, in response to a district judge’s move to desegregate the region’s schools through busing, a group of white parents in Buckeye — which is part of the Alexandria metro area — gained regional fame for signing custody of their children over to people living in another district to avoid sending their children to a majority Black school. 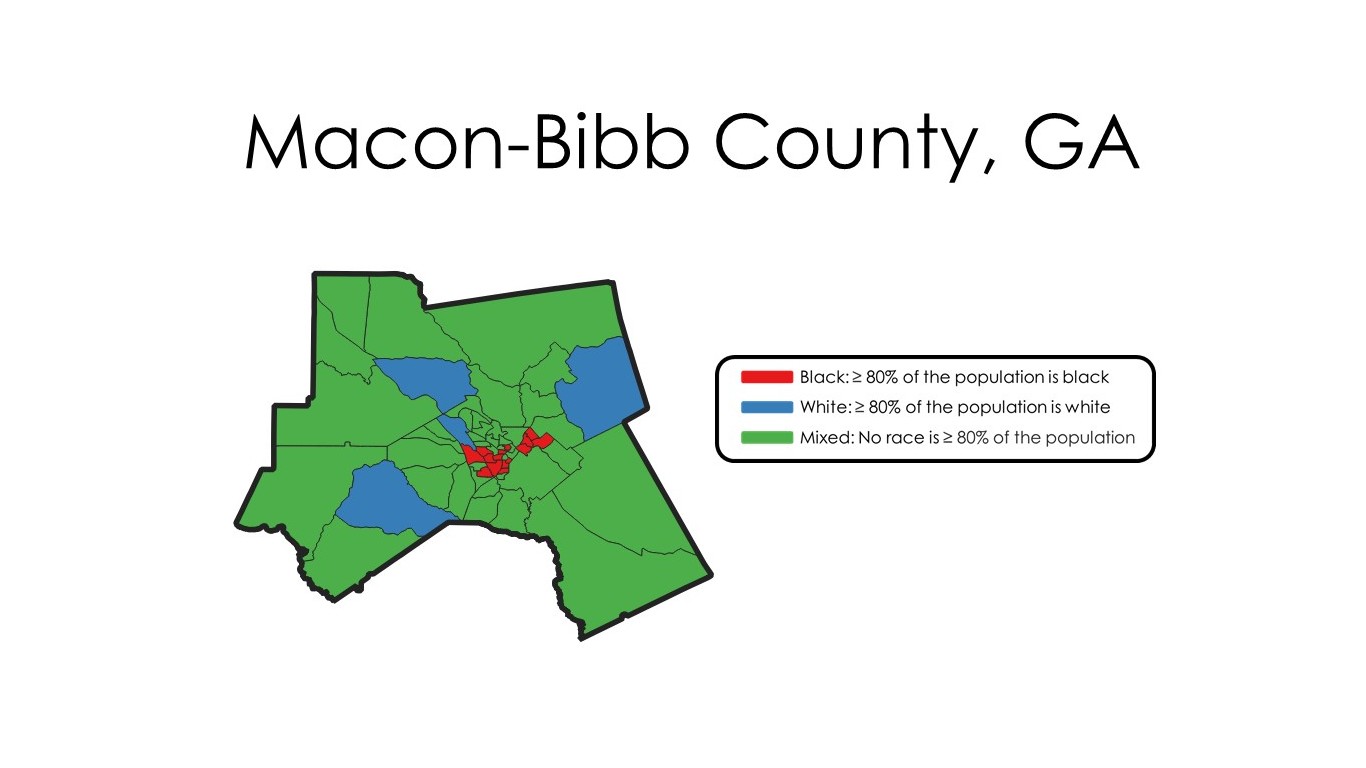 In the Macon, Georgia, metropolitan area, an estimated 59.0% of Black residents live in predominantly Black neighborhoods, nearly triple the 19.5% national figure. Residential segregation has likely contributed to de facto school segregation in Macon and surrounding Bibb County. According to local newspaper The Telegraph, the proportion of white students in Bibb County public schools was 32% two decades ago and declined to 18% as of 2016, an over 40% drop. 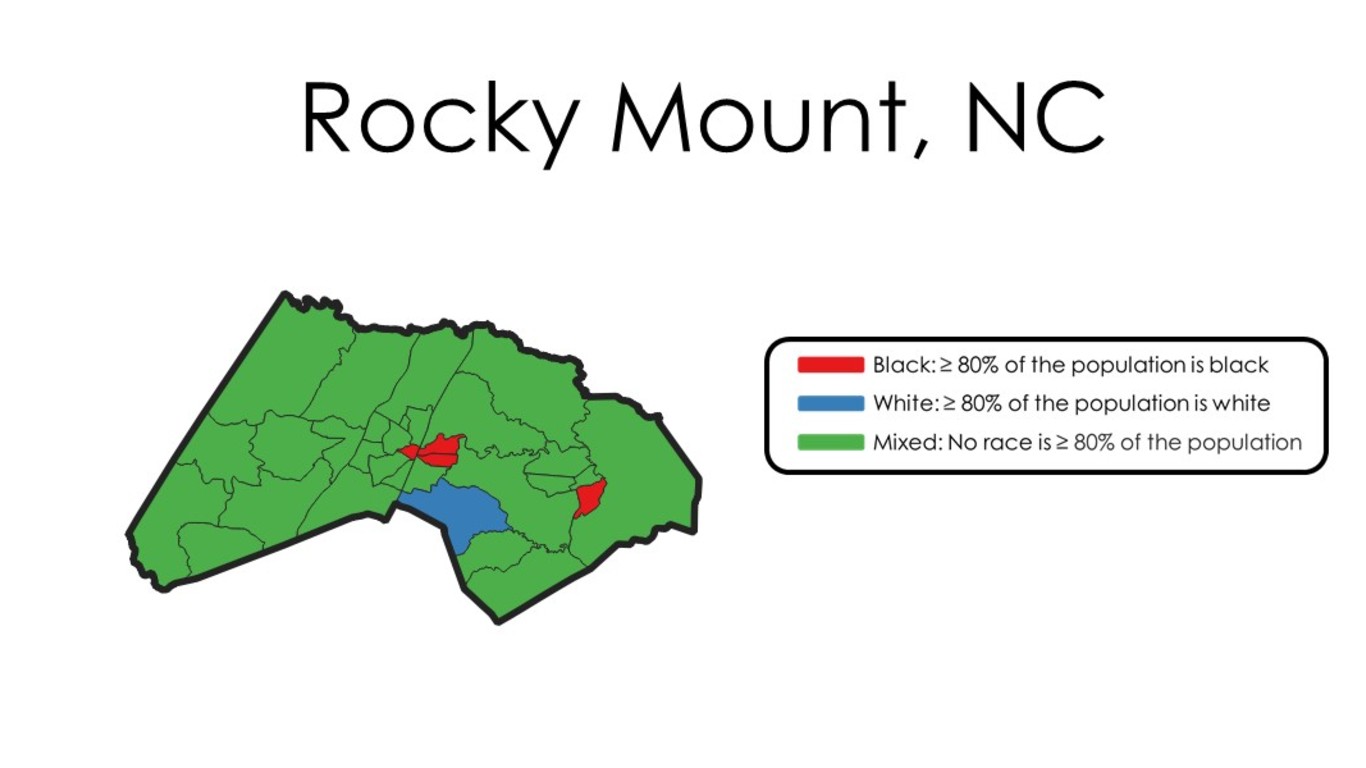 Nearly 60% of the Black residents of Rocky Mount, North Carolina, live in a neighborhood that is primarily Black. Residents of poor, segregated minority neighborhoods often lack access to education and employment opportunities and face major economic disadvantages that can lead to high rates of poverty and unemployment. In Rocky Mount, the poverty rate in majority-Black neighborhoods is 21.5%, compared to the 15.5% in primarily white neighborhoods. That disparity is actually lower than in many other highly-segregated metropolitan areas.

Homeownership is usually an indicator of financial stability. In Rocky Mount’s majority-white neighborhoods, 74.6% of households live in a home they own, compared to a homeownership rate of 49.1% in primarily Black neighborhoods.