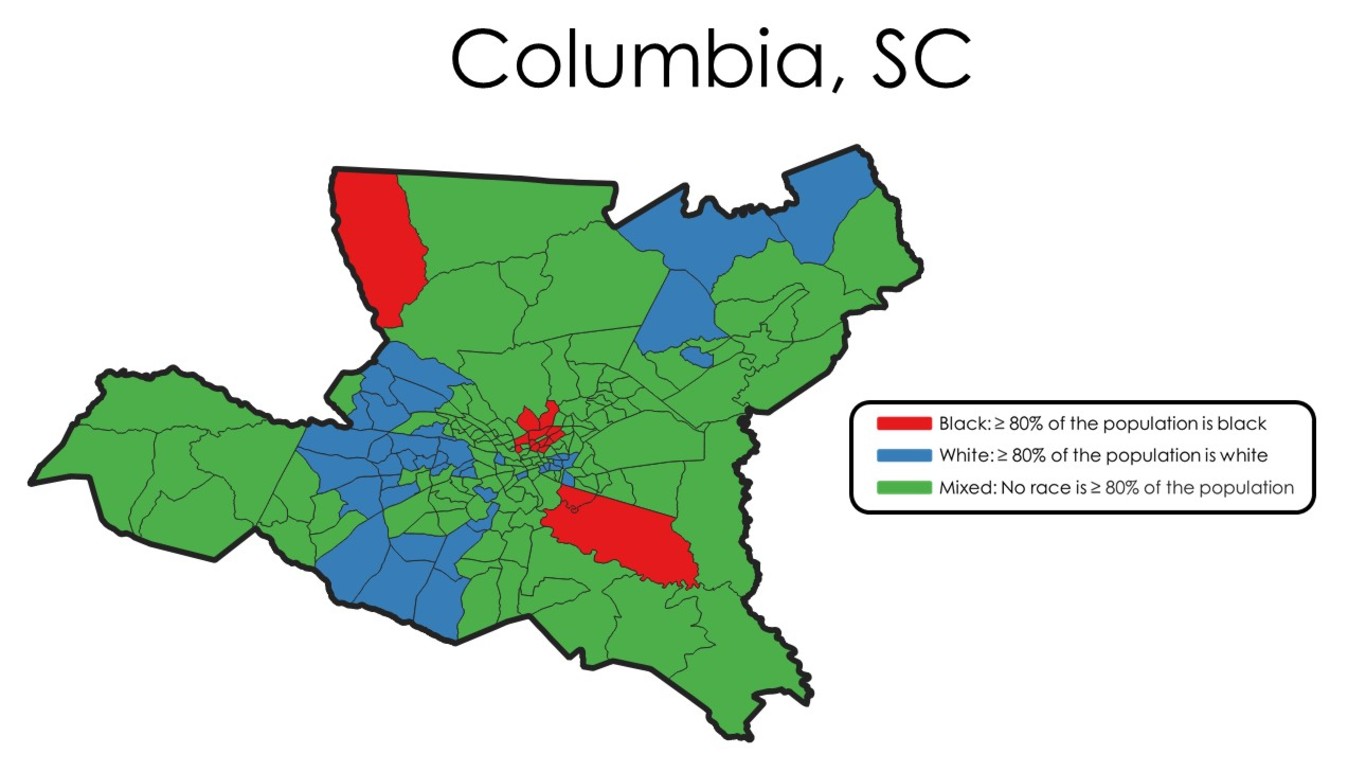 While nationwide 19.5% of Black Americans live in predominantly Black neighborhoods, 61.2% of Black residents in Columbia, South Carolina, do. Socioeconomic racial inequalities are often made worse by segregation. An estimated 20.9% of the Columbia Black population live in poverty, more than twice the 10.7% area white poverty rate. Similarly, 8.1% of the labor force in predominantly Black neighborhoods in Columbia is unemployed, compared to the 5.0% unemployment rate in majority-white neighborhoods in the metro area. 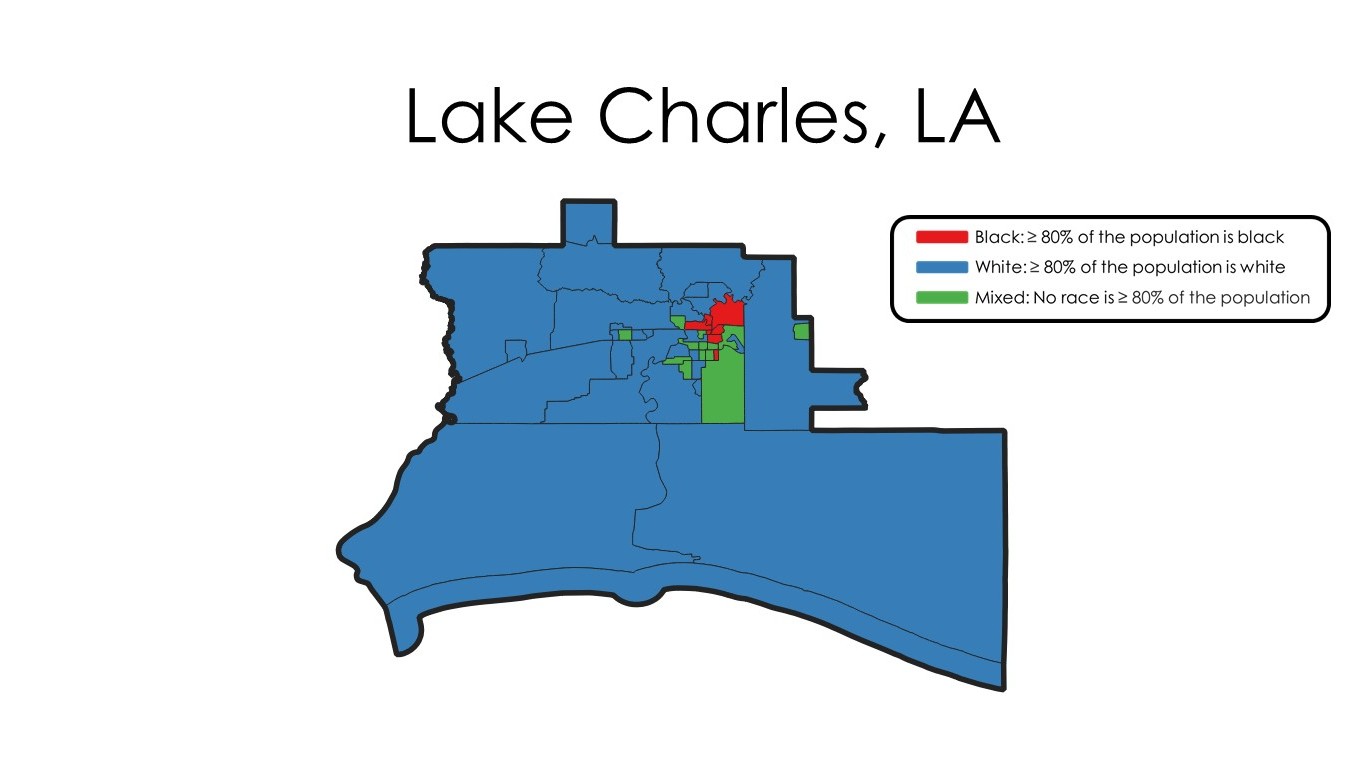 Segregation can reduce access to education and employment opportunities for minorities and exacerbate racial disparities. In Lake Charles, the median income of white households is $26,146 greater than the median income for Black households, and Black residents are more than twice as likely as white residents to be unemployed. While 12.7% of white residents live in poverty, 28.5% of Black residents do — a larger poverty gap than across the nation as a whole. 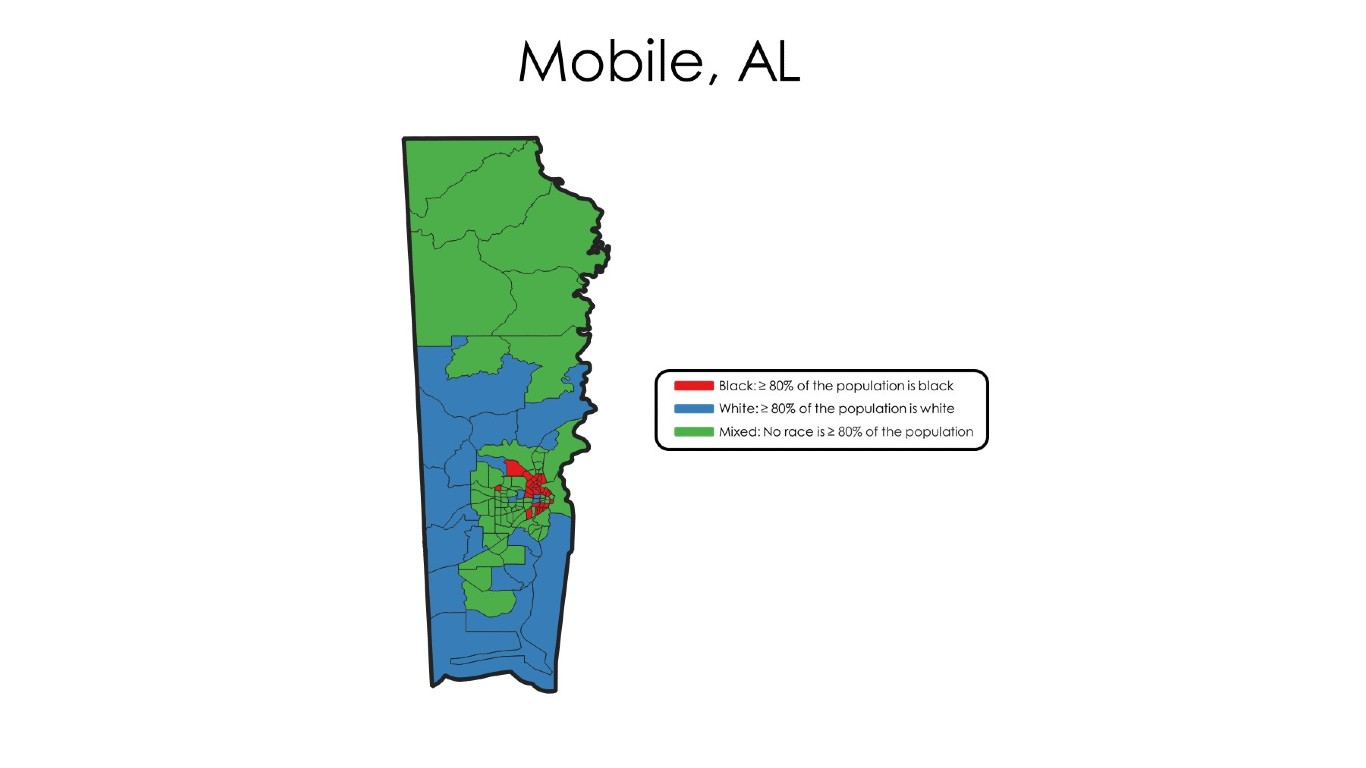 Mobile, Alabama, is one of five metro areas at least partially in Alabama to rank among the most segregated cities in America. An estimated 62.4% of Black residents in the metro area live in predominantly Black census tracts, more than three times the 19.5% national figure. 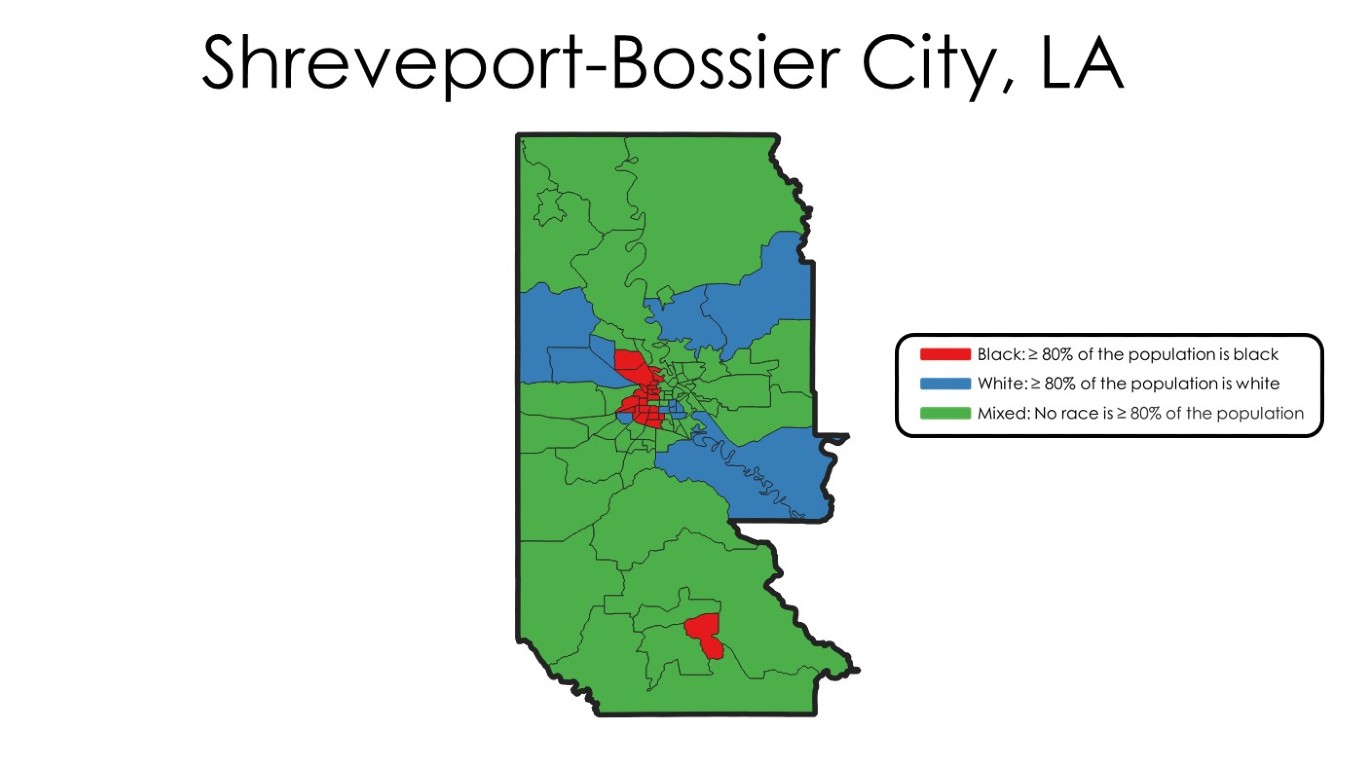 In the mid-20th century, highway and urban renewal projects were often constructed in poor, Black neighborhoods, displacing thousands of families and physically separating minority communities from the rest of the city. In Shreveport, plans are currently underway for a new 3.5-mile stretch of Interstate 49 that would run through the middle of the historically Black neighborhood of Allendale and require the demolition of homes built in the area. 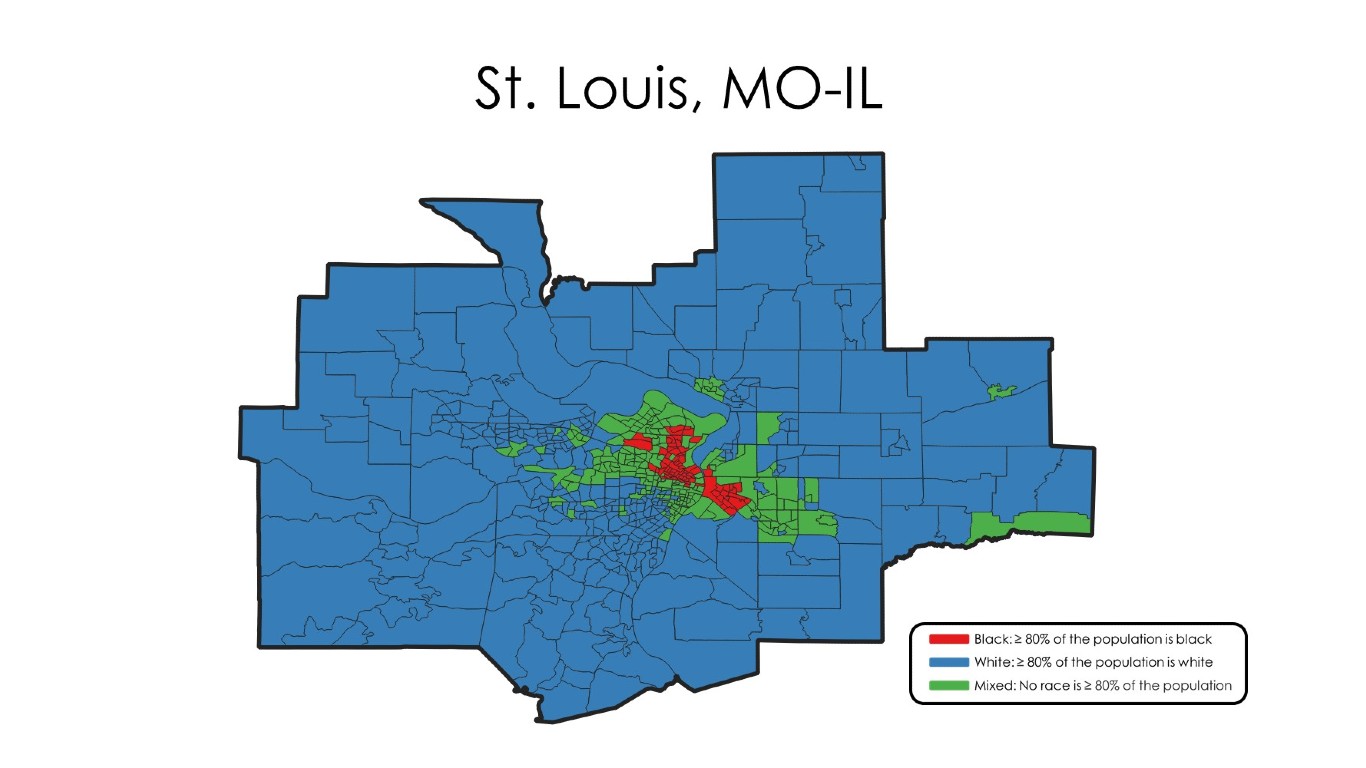