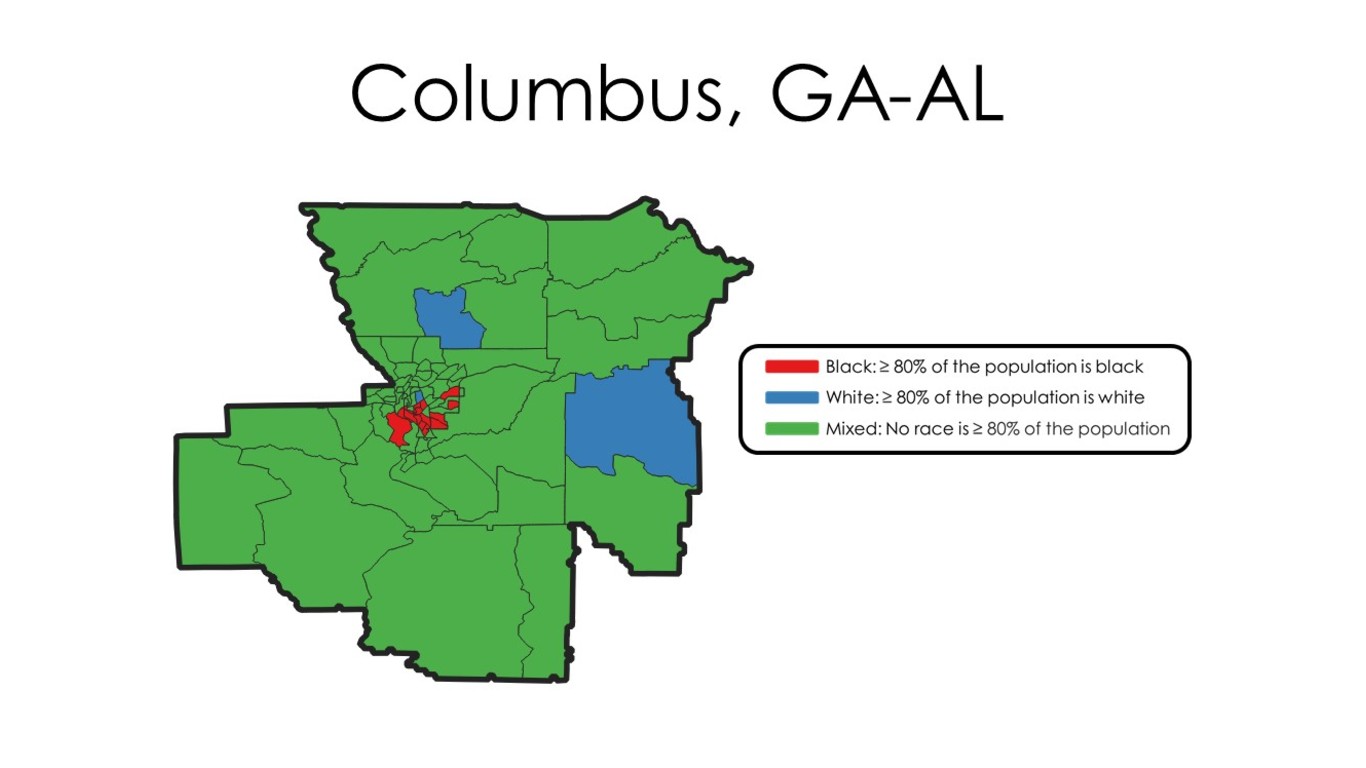 Columbus is one of four metro areas in Georgia to rank among the 25 most segregated cities in America. An estimated 64.6% of Black residents in the Columbus metro area live in predominantly Black neighborhoods, more than three times the 19.5% national figure. 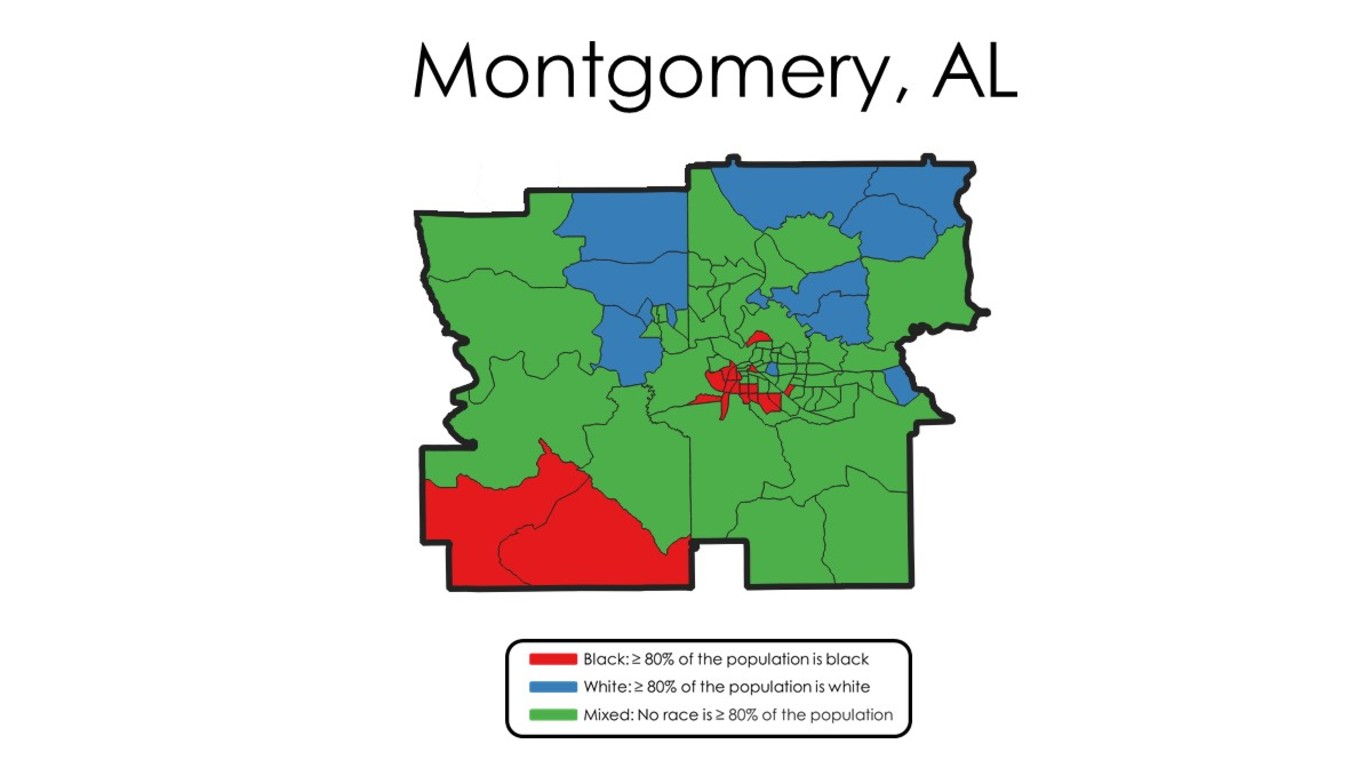 Like many segregated cities, urban renewal and highway infrastructure projects in Montgomery in the mid-20th century, such as the construction of interstates 65 and 85, displaced hundreds of Black families and cut off minority communities from the larger metro area. 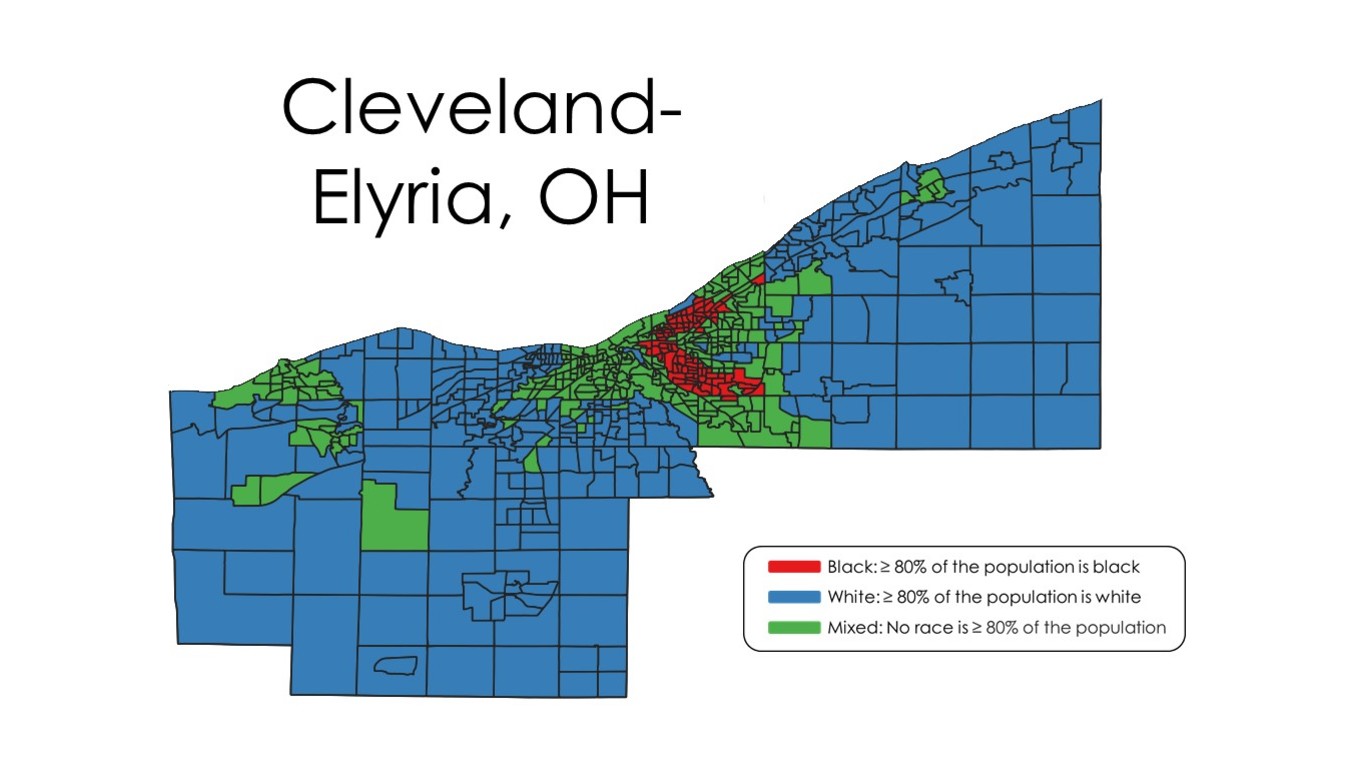 Like many Rust Belt cities, Cleveland’s current segregation patterns can be traced back to discriminatory zoning practices and racial housing covenants used during the influx of Black residents in the early 20th century. Later, the outbound migration of white families moving to the suburbs in the 1960s exacerbated segregation. 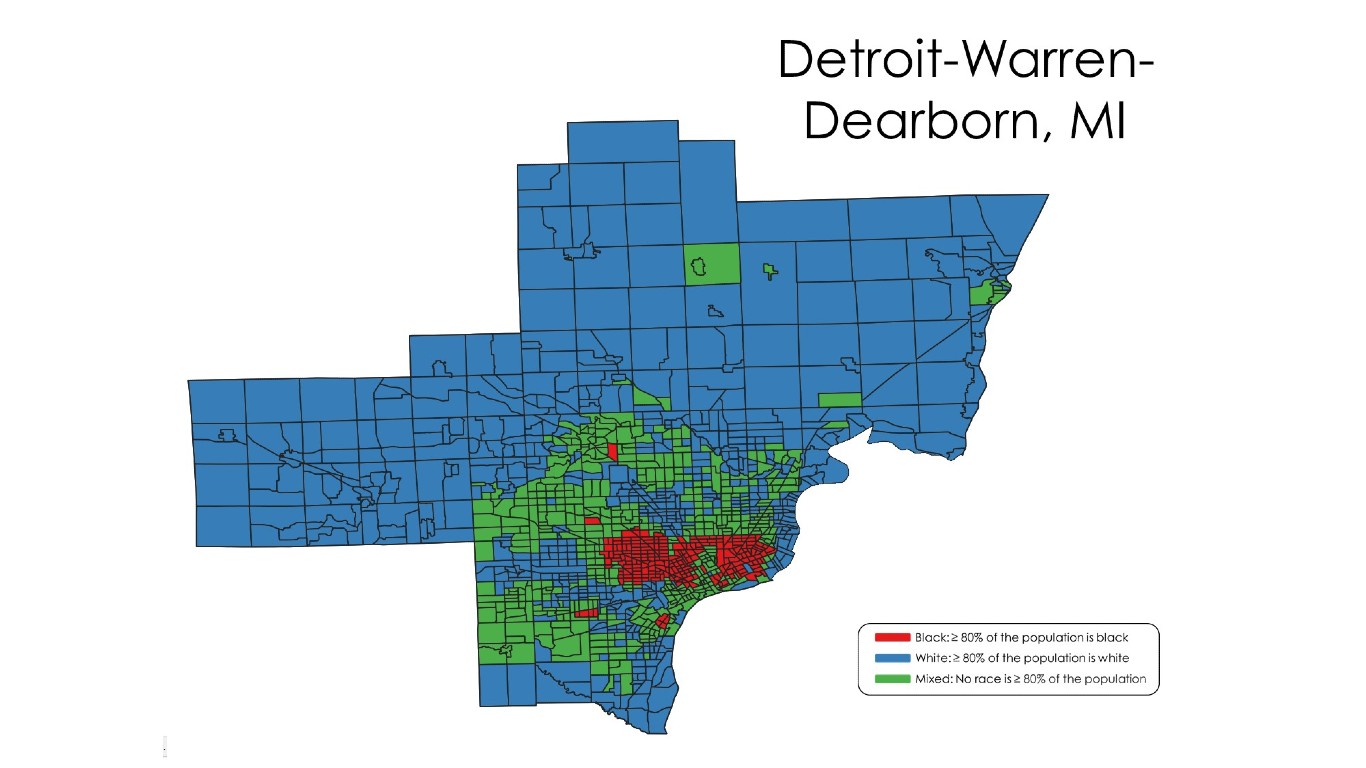 Like in many Rust Belt cities, segregation in Detroit was exacerbated after the Great Migration of the mid-20th century, as Detroit residents fought to keep new Black residents seeking auto factory jobs out of their neighborhoods. As Detroit deindustrialized during the 20th century, large waves of wealthy white families left the city center for the suburbs, draining the city’s tax base and leaving the poorer residents with fewer public services and less infrastructure. Racial tensions in Detroit culminated in major race riots in 1943 and 1967 that resulted in dozens of deaths, hundreds of injuries, and more than 1,000 buildings burned.

Today, nearly 70% of Black residents in the Detroit metro area live in neighborhoods that are predominantly Black — more than three times the 19.5% national figure. 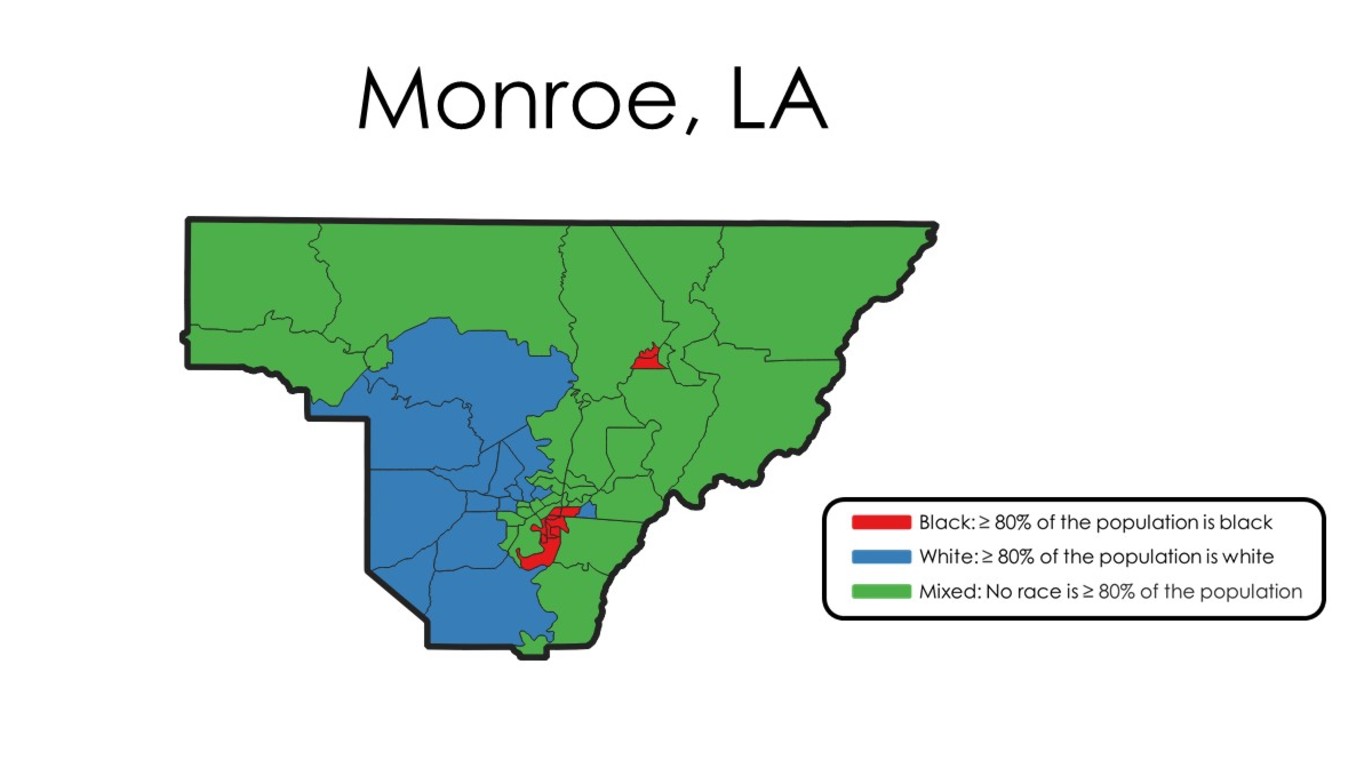 Monroe is one of six metro areas in Louisiana to rank among the most segregated cities in America. An estimated 72.2% of Black residents live in predominantly Black neighborhoods, more than double the 19.5% national figure and the sixth largest share of any U.S. metropolitan statistical area.