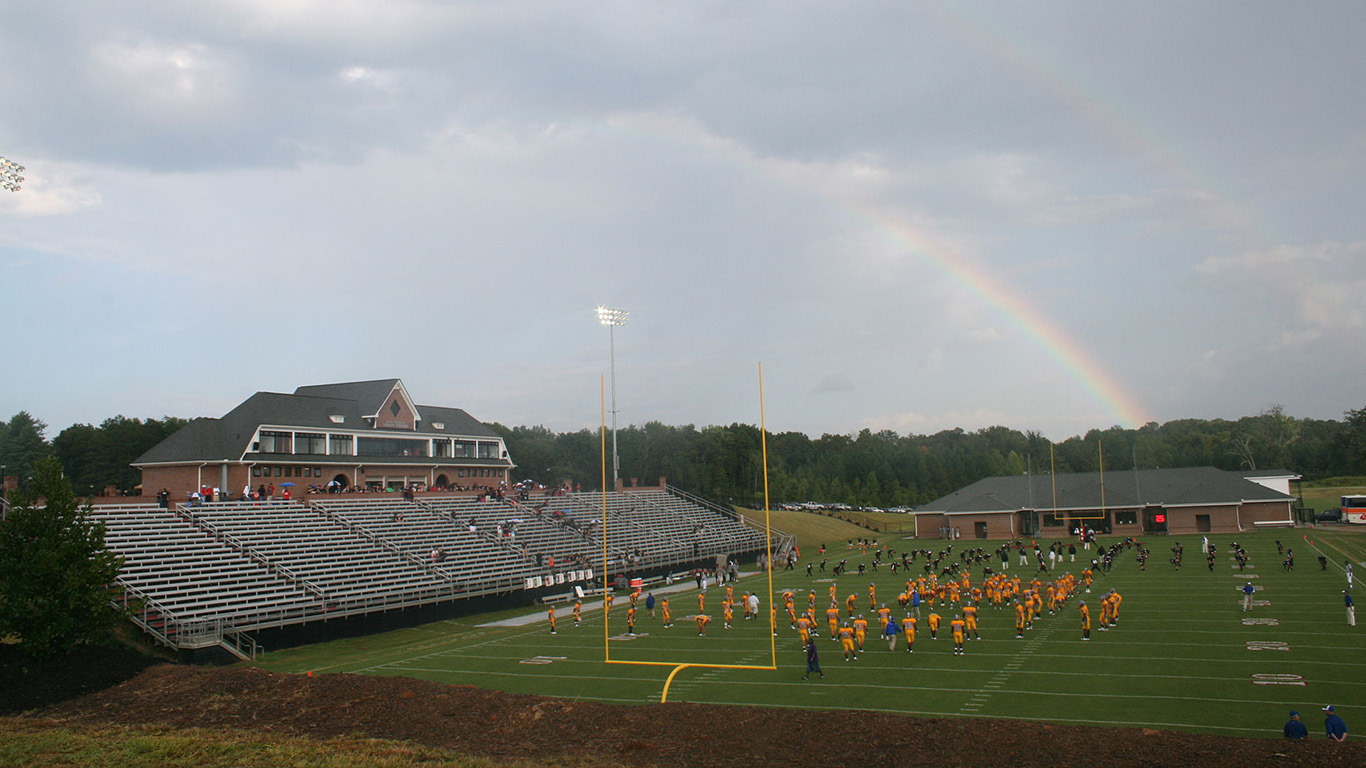 North Greenville University is a private liberal arts school located in Tigerville in the northwestern part of South Carolina. According to a Niche survey of the school’s students, 60% feel that the political beliefs of the campus as a whole are either conservative or very conservative. Just 15% feel the campus politics are moderate, and 24% are unsure.

Like nearly every other school on this list, North Greenville University is religiously affiliated with a Christian church — in this case, with the South Carolina Baptist Convention. 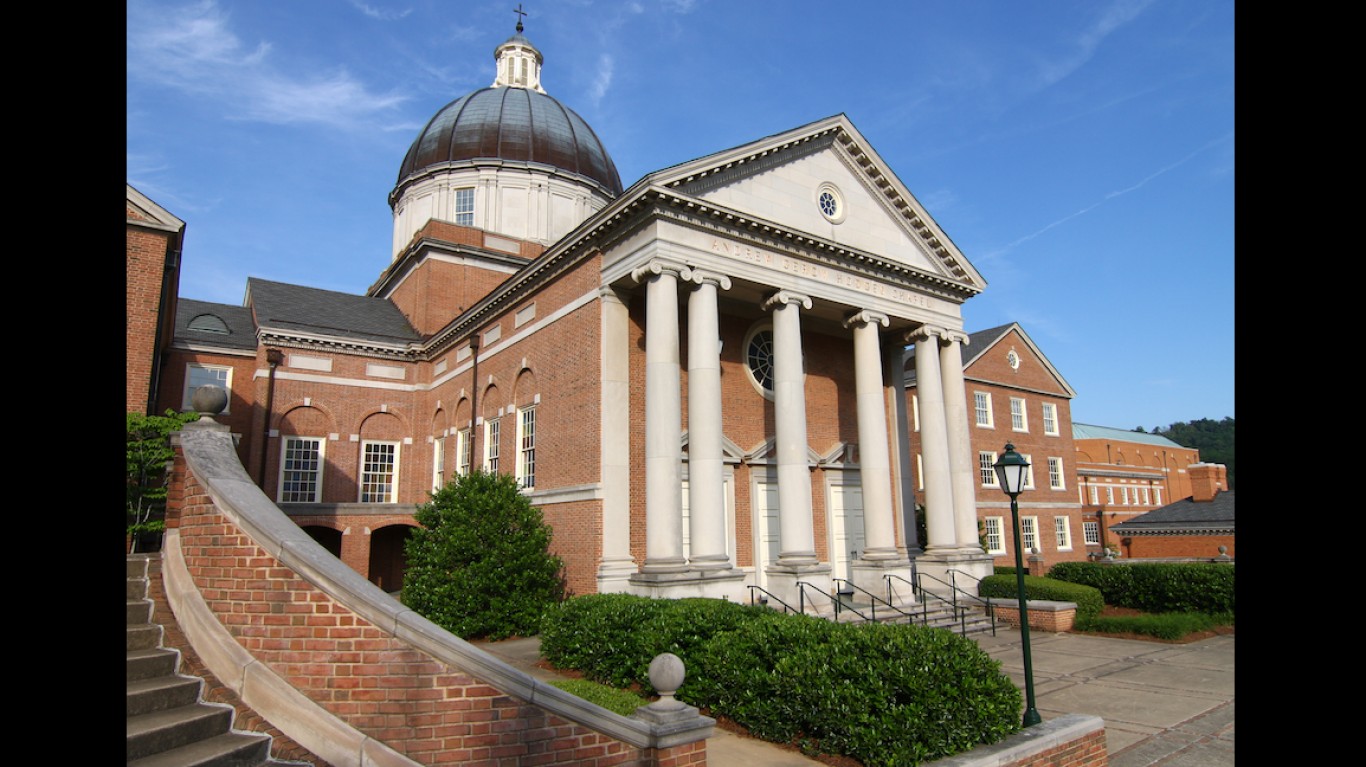 At Samford University in Birmingham, Alabama, 62% of students associate themselves with the Republican Party, according to a Niche survey of students. Comparatively, just 5% associate with the Democratic Party, 19% are independent, and 14% said they did not care about politics.

Samford University students tend to have relatively high earnings after leaving the college. The median earnings of students in the workforce no longer enrolled in classes 10 years after first entering Samford was $49,900 — one of the higher medians among schools and the second highest earnings among the schools on this list. 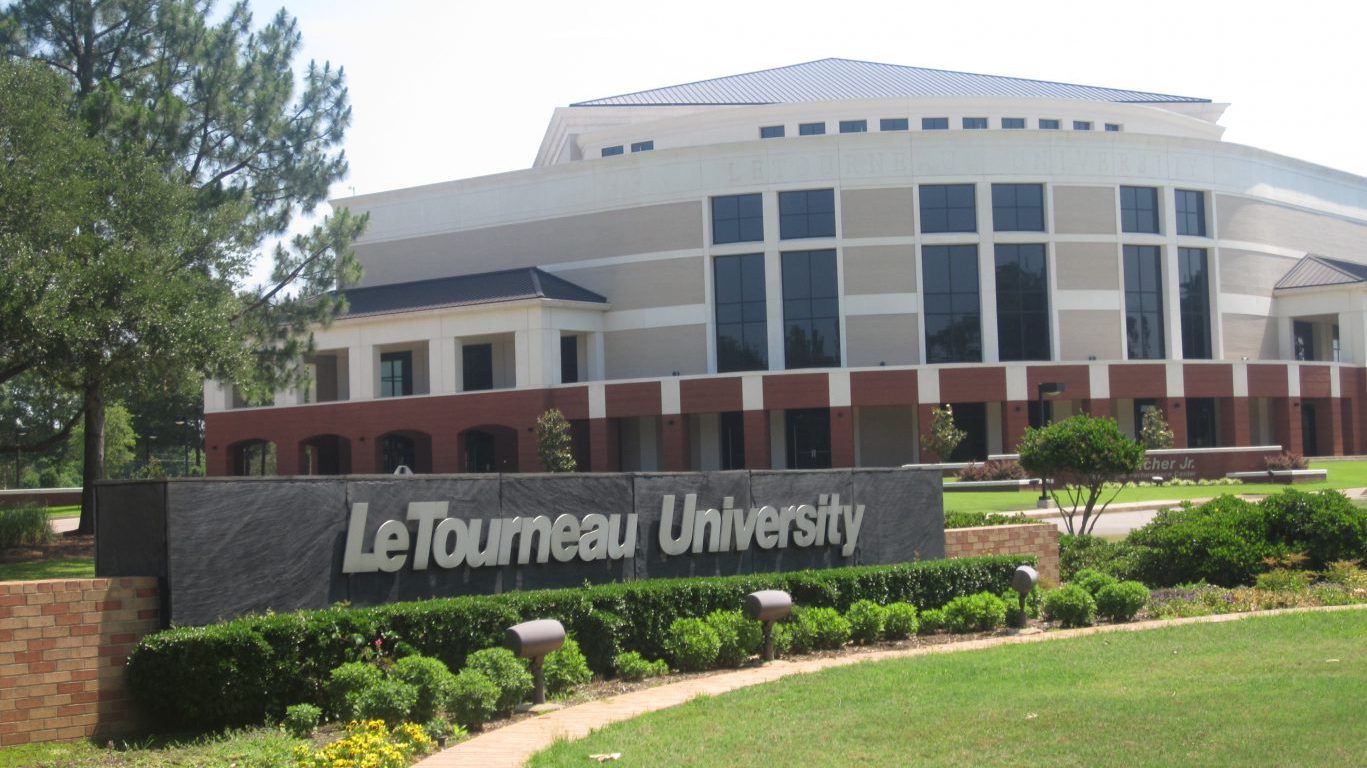 LeTourneau University in Longview, Texas, ranks as one of the most conservative colleges in America. According to a Niche student survey, 70% of students affiliate themselves with the Republican Party, compared to just 7% who align with the Democratic Party. 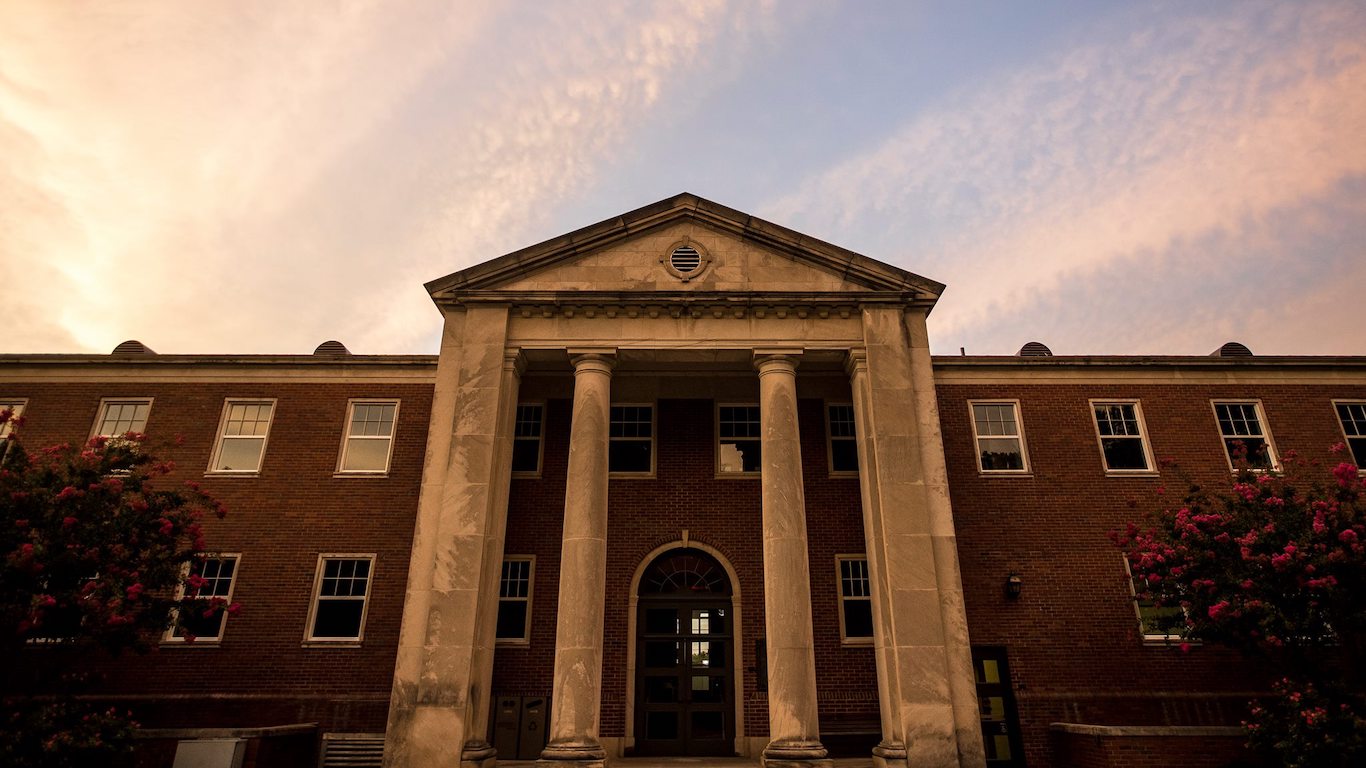 Source: The University of Tennessee at Martin

The University of Tennessee-Martin is one of just a handful of public universities to rank among the most conservative in the country. Just 15% of UT-Martin students feel the overall political leanings of the campus are liberal, and just 13% feel it is moderate.

Public schools tend to be much less expensive than private colleges, and UT-Martin is no exception. It is one of just six schools on this list with average annual costs of attendance under $20,000. 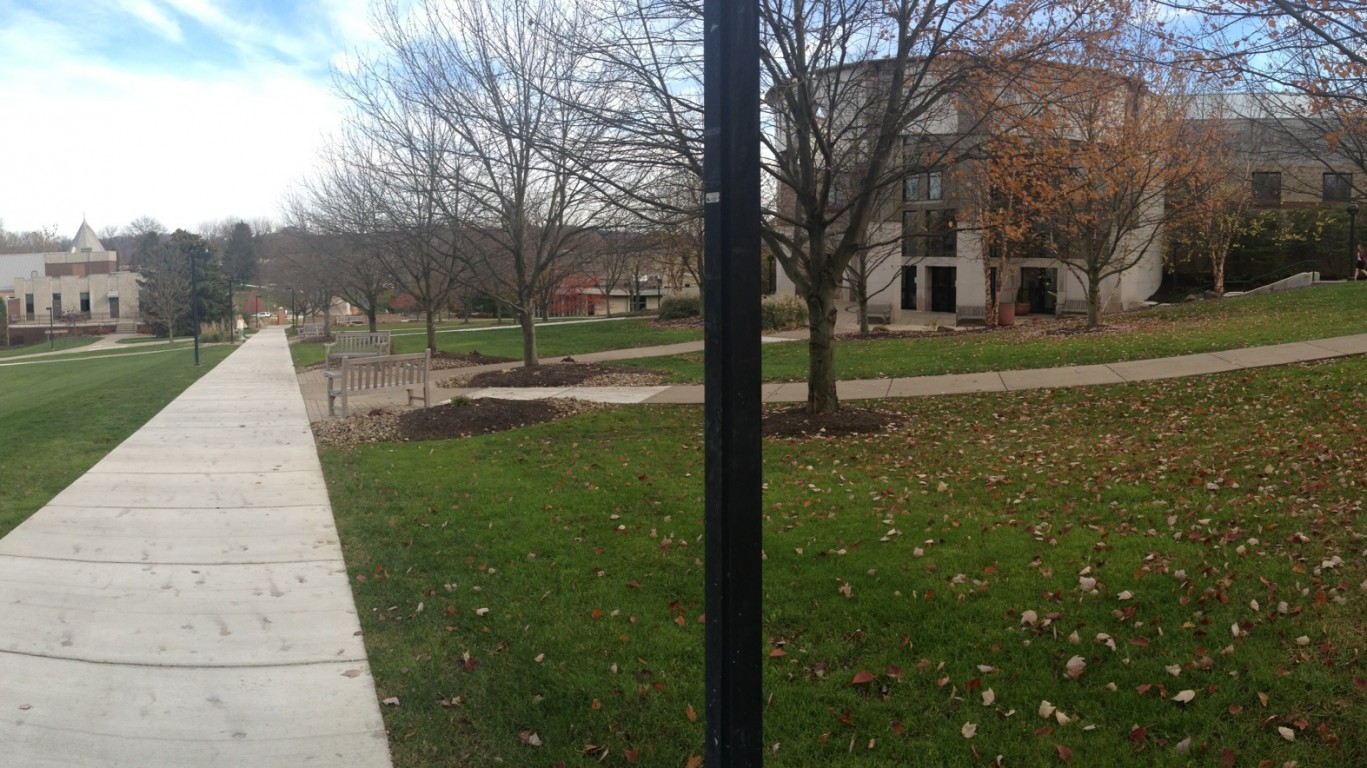 Franciscan University of Steubenville is a private Catholic university in Ohio, just across the Ohio River from West Virginia. There is little doubt among Franciscan University of Steubenville students that the campus leans to the right. In a Niche survey, 44% of respondents said the political beliefs on campus were conservative, and an additional 53% said they were very conservative. Just 2% said the beliefs on campus were moderate.