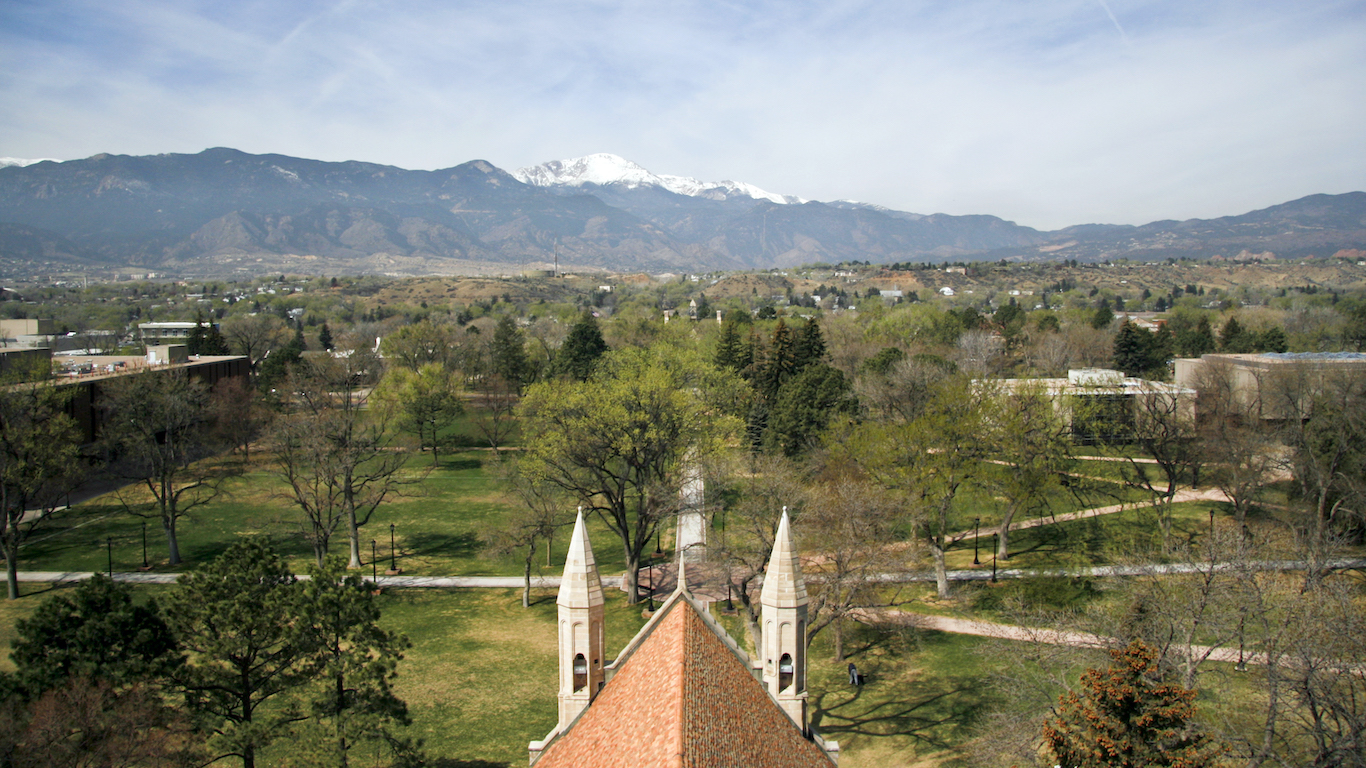 Colorado College in Colorado Springs is one of the most liberal colleges in the country. According to a survey from educational information hub Niche, 63% of students associate themselves with the Democratic Party, while just 11% associate with the Republican Party.

Colorado College is one of the most selective schools in the country, accepting just 13.5% of applicants. It is also the smallest school on this list with fewer than 2,100 enrolled students as of fall 2018 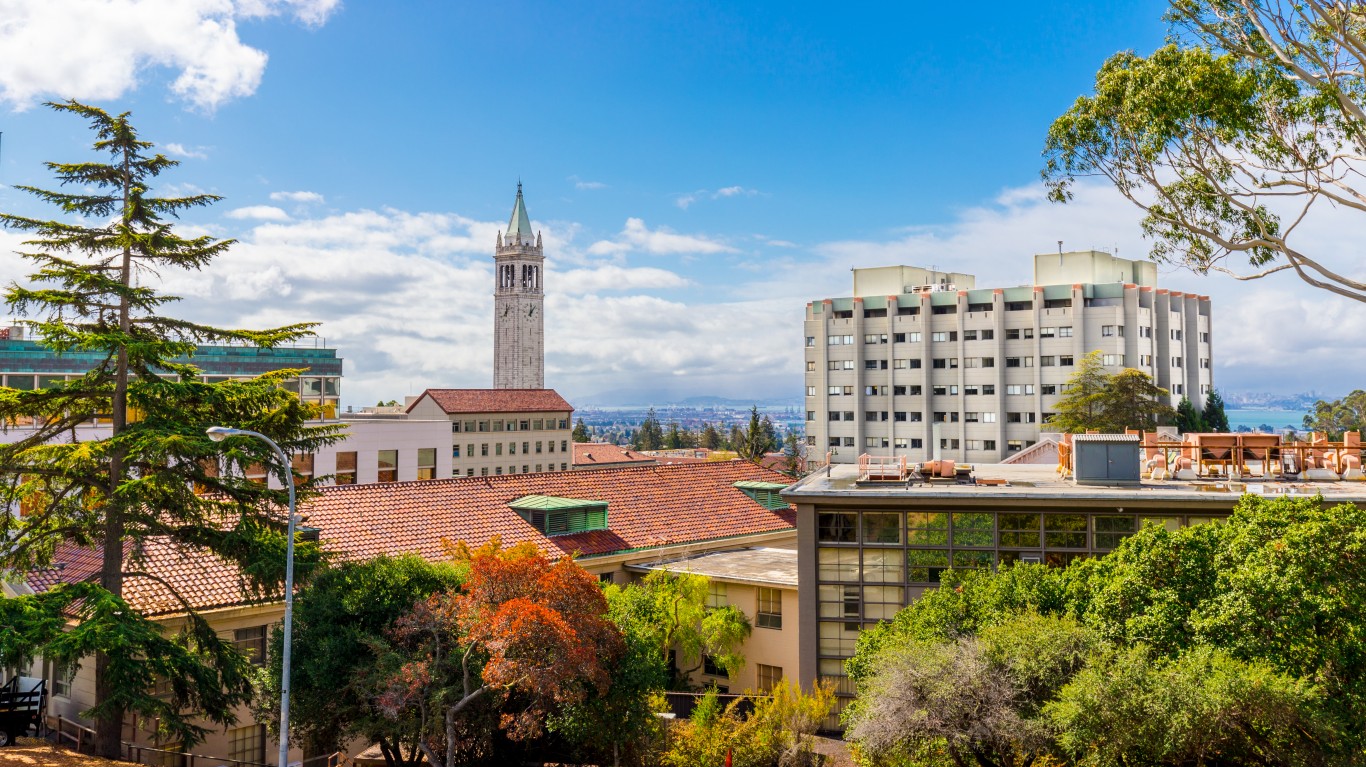 The University of California-Berkeley, sometimes shortened to Cal or Cal Berkeley, is one of the most liberal colleges in the country. Per Niche, 84% of students describe the political climate on the campus as either liberal or very liberal.

Cal Berkeley has a long history of left-wing activism, with students famously advocating for racial parity in the 1960s. In 2017, the school again made news when students and other protesters disrupted a planned speaking engagement by Milo Yiannopoulos, who at the time was the editor of right-wing Breitbart News. 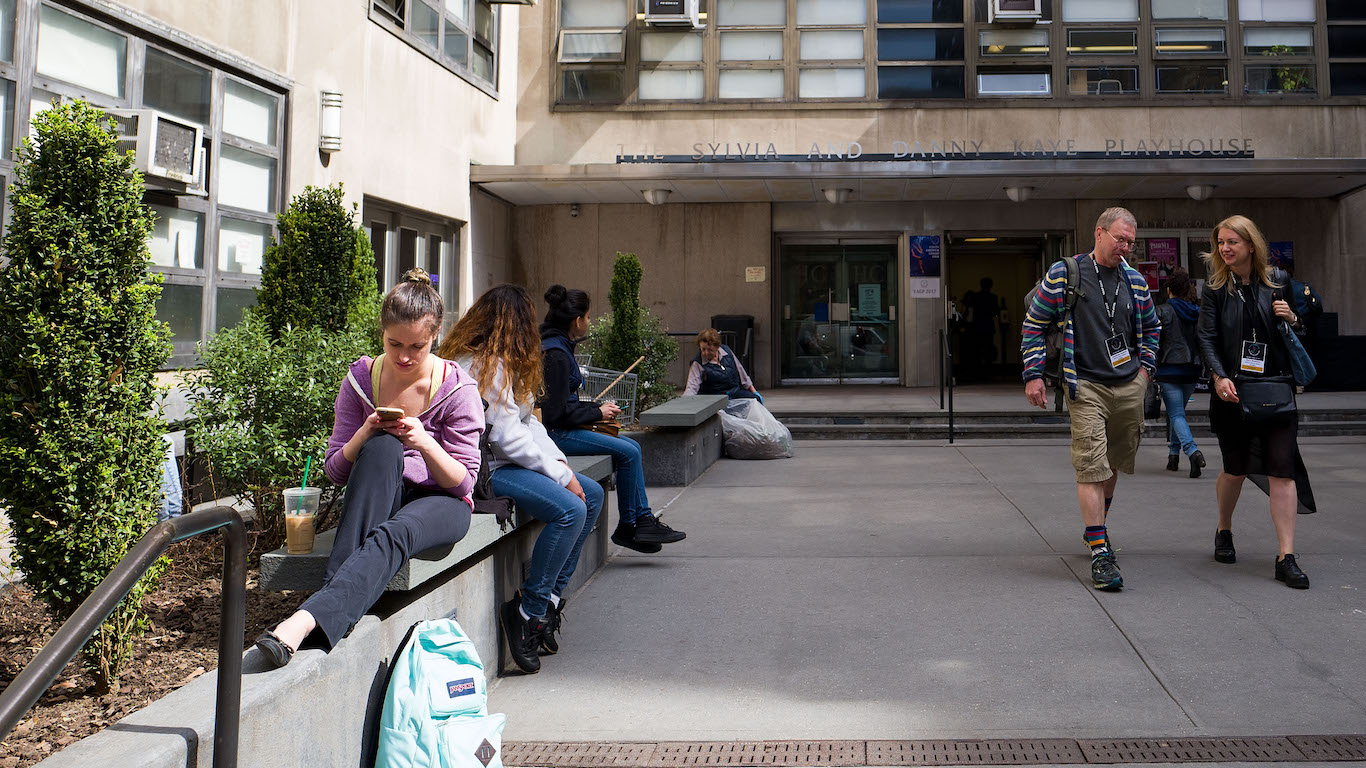 CUNY Hunter College is one of three New York City colleges to rank among the most liberal in the country. CUNY Hunter College is located in the Lenox Hill neighborhood on New York City’s Upper East Side. Just 5% of Niche user students that they associated themselves with the Republican Party, compared to 45% aligning with the Democratic party, and 35% saying they are not politically inclined.

CUNY Hunter College students tend to be financially successful after school. Most students who are working and not in school 10 years after entering CUNY Hunter earn over $47,000 per year, a higher figure than in the vast majority of other colleges. The comparable median earnings nationwide is just over $33,000. 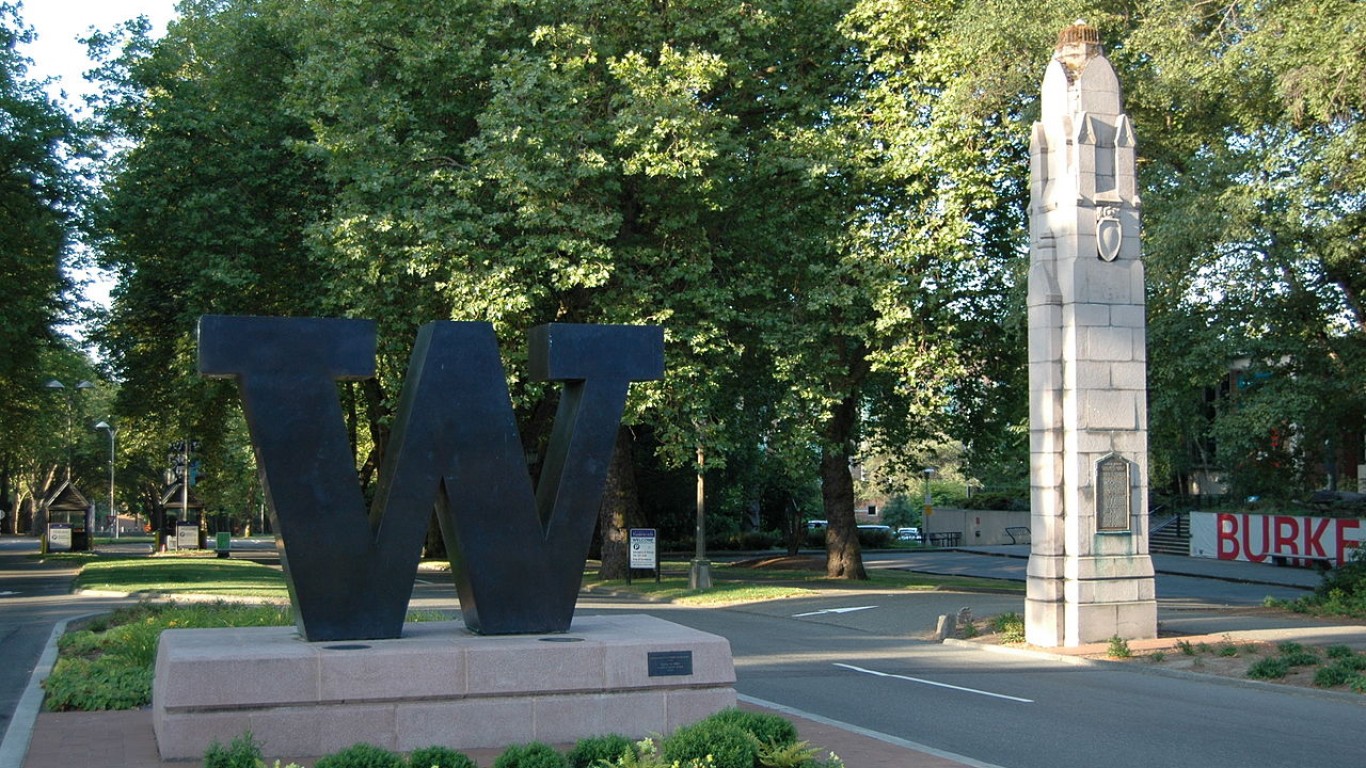 The University of Washington flagship Seattle campus is one of several large state schools to rank among the most liberal colleges in America. There is little debate among students that the overall political tenor of the school is more liberal. In a Niche survey, 50% of students said the campus was liberal, and 23% said it was very liberal. Just 1% felt the campus was conservative.

In addition to being one of the most liberal colleges, UW-Seattle is also one of the most racially diverse. Less than 40% of students identify as white alone, while 22% are Asian, 7% Hispanic, and 6% multiracial. 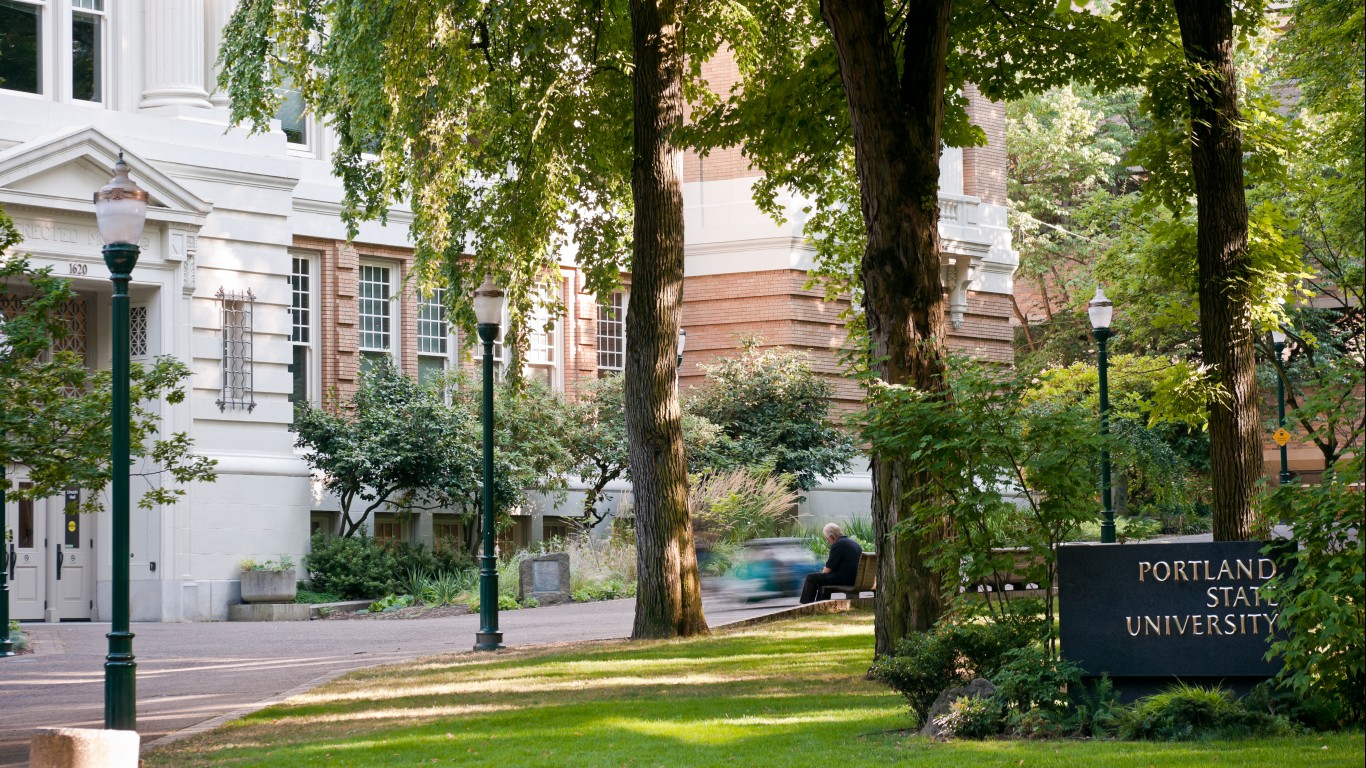 Portland State has produced a number of Democratic politicians, including Oregon State Representatives Teresa Alonso León and Diego Hernandez, as well as Barbara Roberts, who became the first woman governor of Oregon when she was elected in 1991.