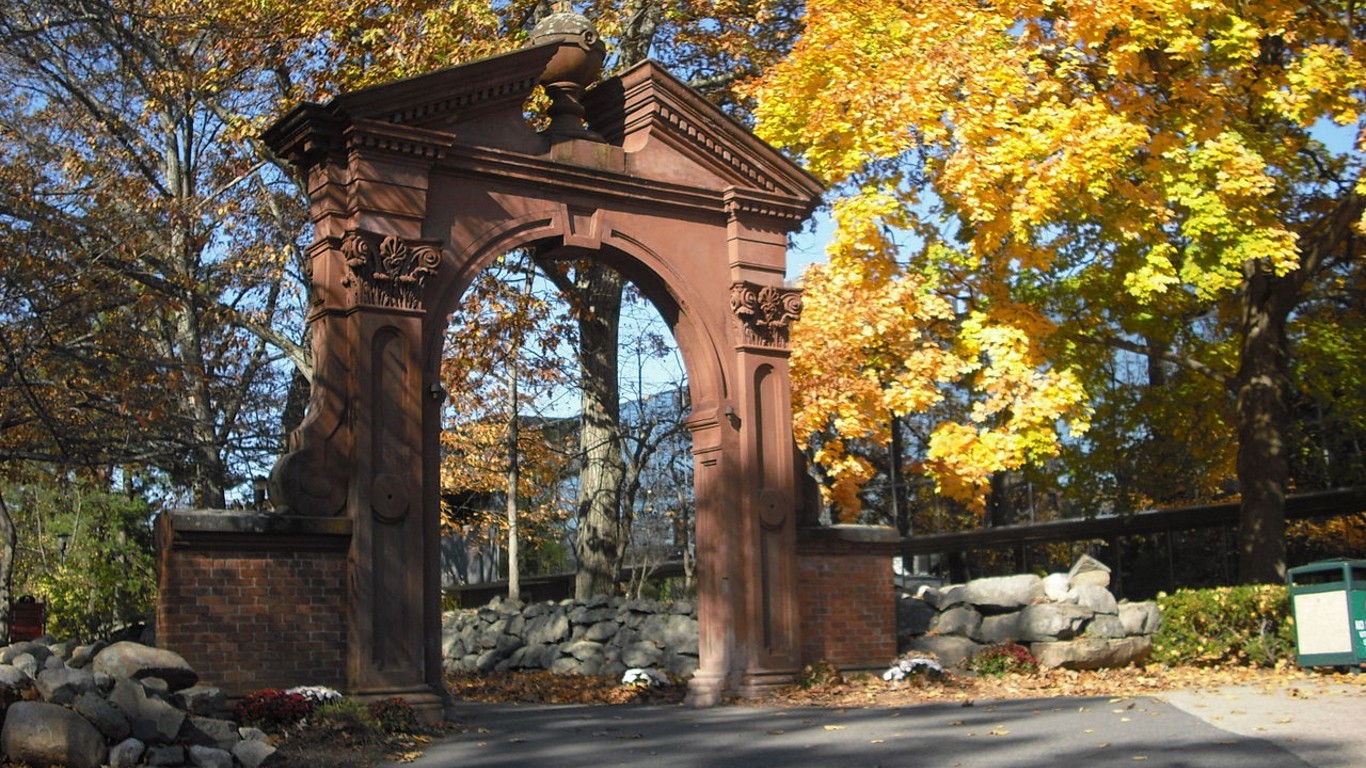 Per a Niche survey, students at Ramapo College of New Jersey identify more with the Democratic Party than the Republican Party by a 47%-6% split. The remaining students either describe themselves as independent or as not interested in politics.

Ramapo College is one of the newest institutions on this list, having been founded in 1969. Like many other colleges on this list, its most popular undergraduate major is business related — business administration, management and operations. 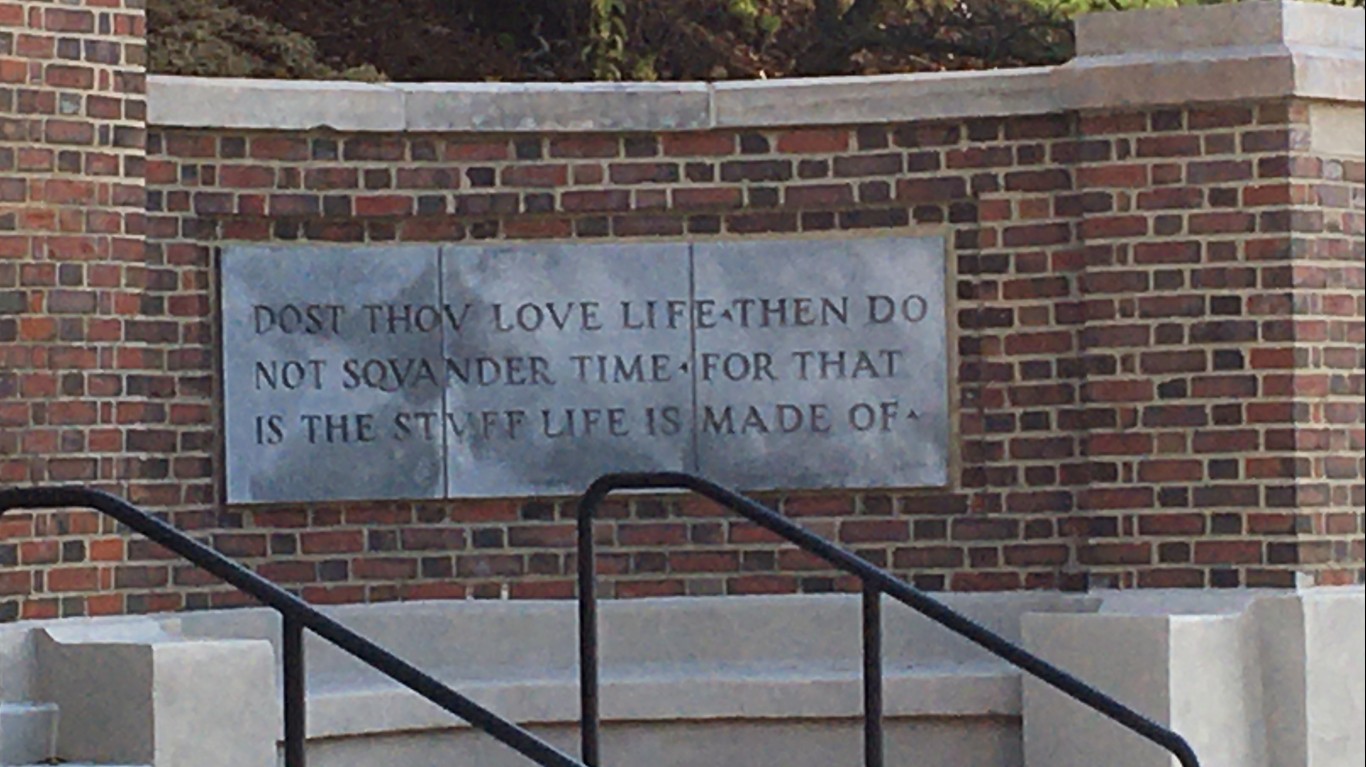 At Denison University, 57% of students saying they identify with the Democratic Party, according to a Niche survey, compared to just 7% who align with Republicans. Located in Granville, Ohio, Denison is one of just two schools on this list located in a state won by Republican Donald Trump in the 2020 presidential election.

Denison University students tend to be financially well-off after leaving school. A decade after entering the college, 94.6% of attendees are employed — one of the 30 highest employment rates out of over 4,000 U.S. colleges. Also, students in the workforce and not in school 10 years after entering Denison University have a median income of $48,800, well above the national median of just over $33,000.

ALSO READ: Most Affordable Colleges With Best Outcomes in Every State 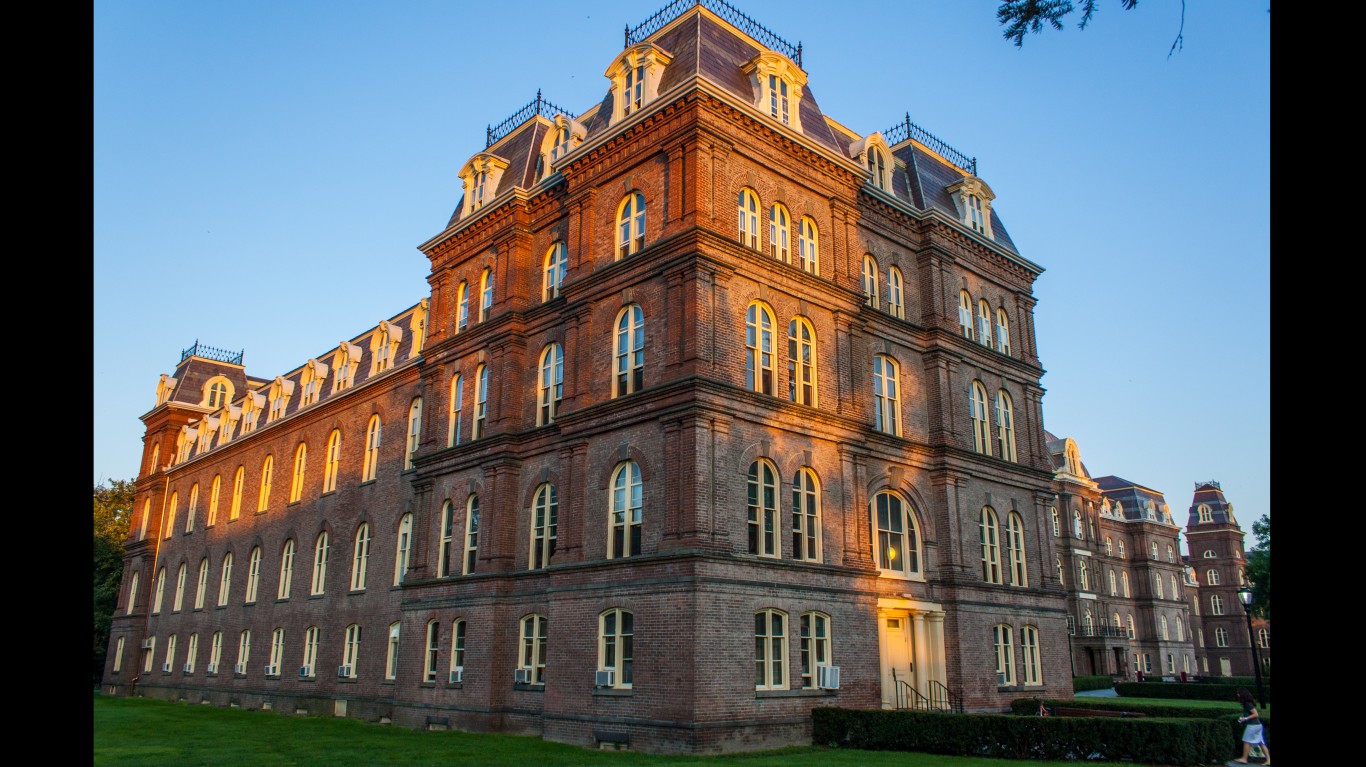 Vassar College is a small, private liberal arts institution located in Poughkeepsie, New York. Among students at Vassar, 15% feel the campus’s political beliefs skew very liberal and an additional 82% feel the campus is very liberal. Vassar is one of the Seven Sisters Colleges — elite schools founded for women when they were not allowed into Ivy League schools. Though men can now attend Vassar, women still comprise the majority of the student body. It is one of two Seven Sisters schools on this list.

Women have historically leaned left, and the gap has grown more pronounced in recent years. In 1994, more women identified as Democrats or leaned towards the Democratic Party than the Republican Partyby a 48%-42% split, per a Pew Research Center survey. By 2019, that gap widened to 56%-38%. 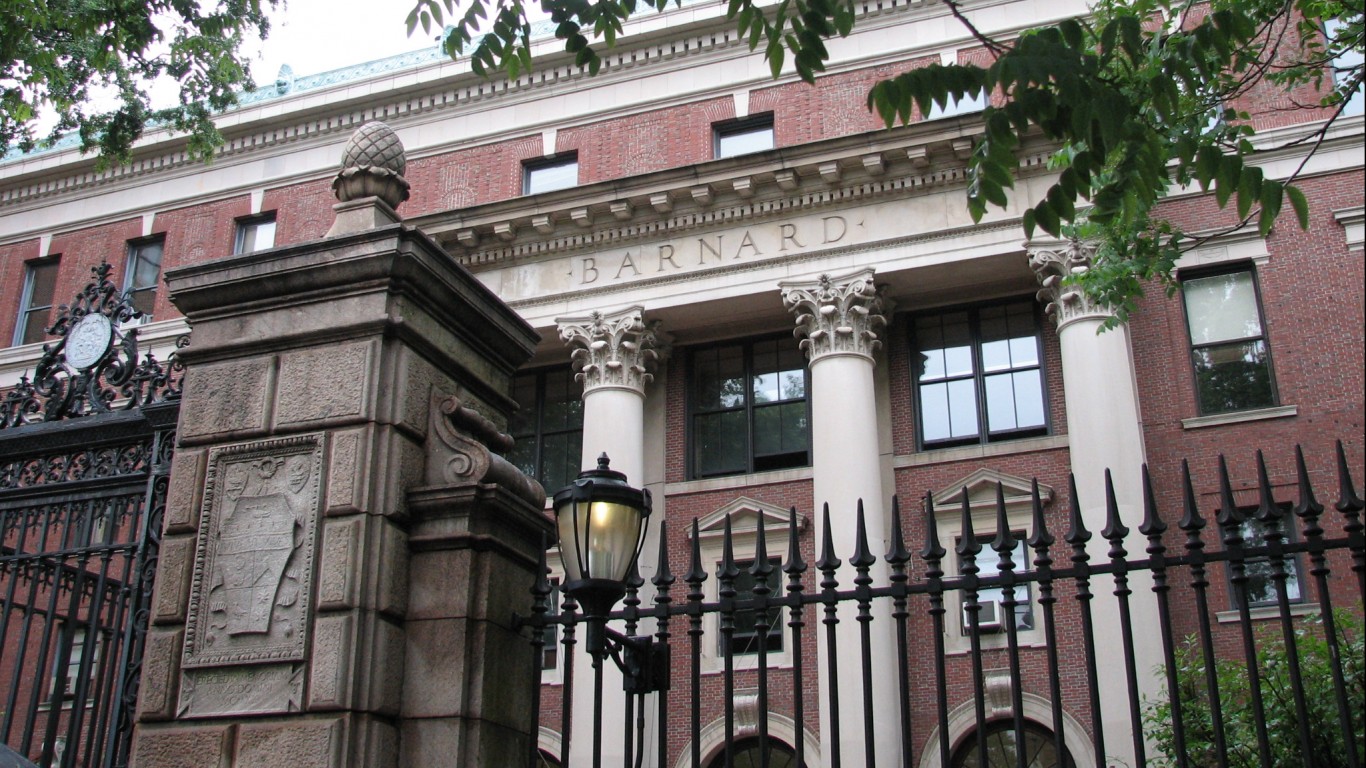 Barnard College (CC BY 2.0) by WalkingGeek

At Barnard College, located in the Upper West Side of Manhattan, 90% of students feel the political beliefs on campus are either liberal or very liberal.

Many of the schools on this list are very prestigious, having a longstanding history of providing a quality education. These schools, because of their reputation and high number of high schoolers who would like to attend them, admit a fraction of applicants and can charge relatively high tuitions. Barnard College is no exception, with the average annual cost of attendance exceeding $71,000, one of the 25 highest figures in the nation. 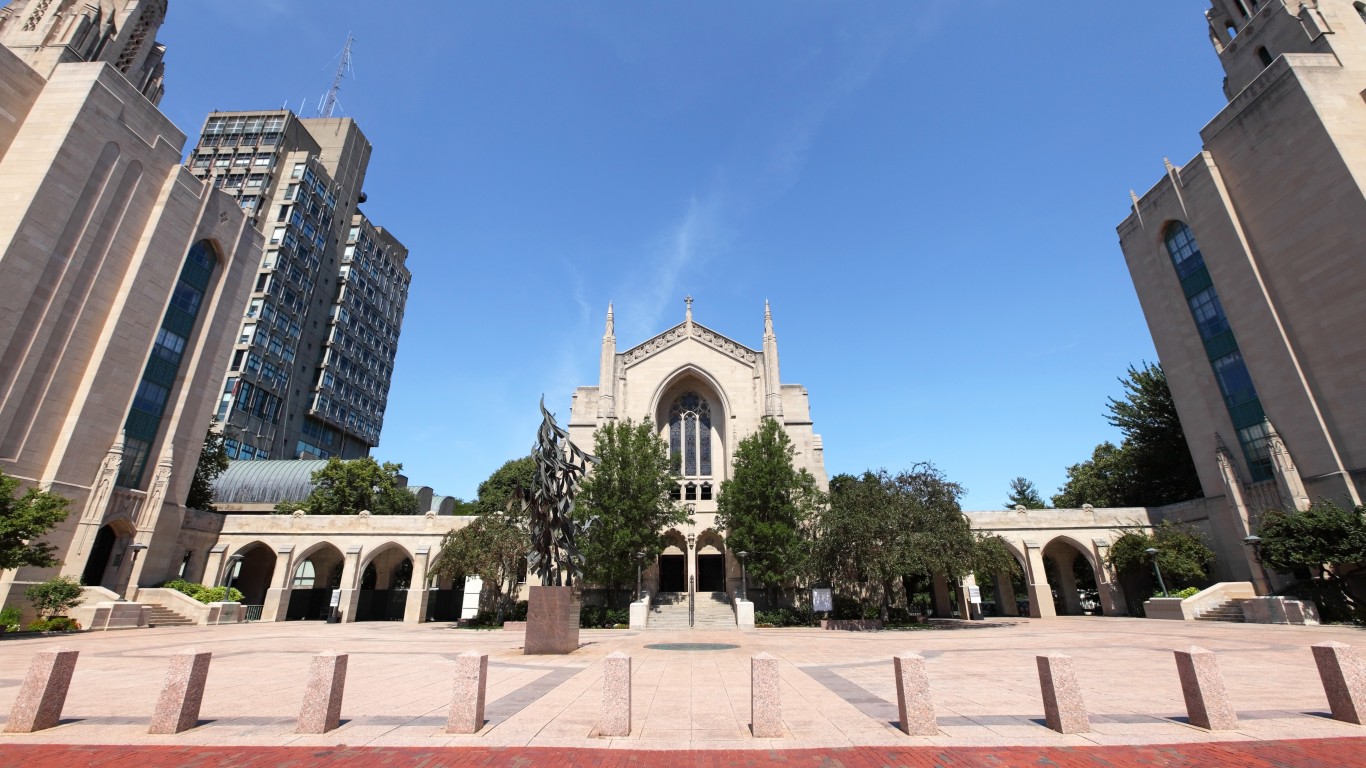 At Boston University, more than half of all students associate themselves with the Democratic Party. Comparatively, less than 10% associate with the Republican Party, while 20% consider themselves independent.

Though Boston University is one of the priciest schools in the country, with an average annual cost of attendance of over $70,000, the investment tends to be a good one. Most students who are working and not in school a decade after first entering the university earn over $65,000 per year, nearly double the comparable earnings nationwide.