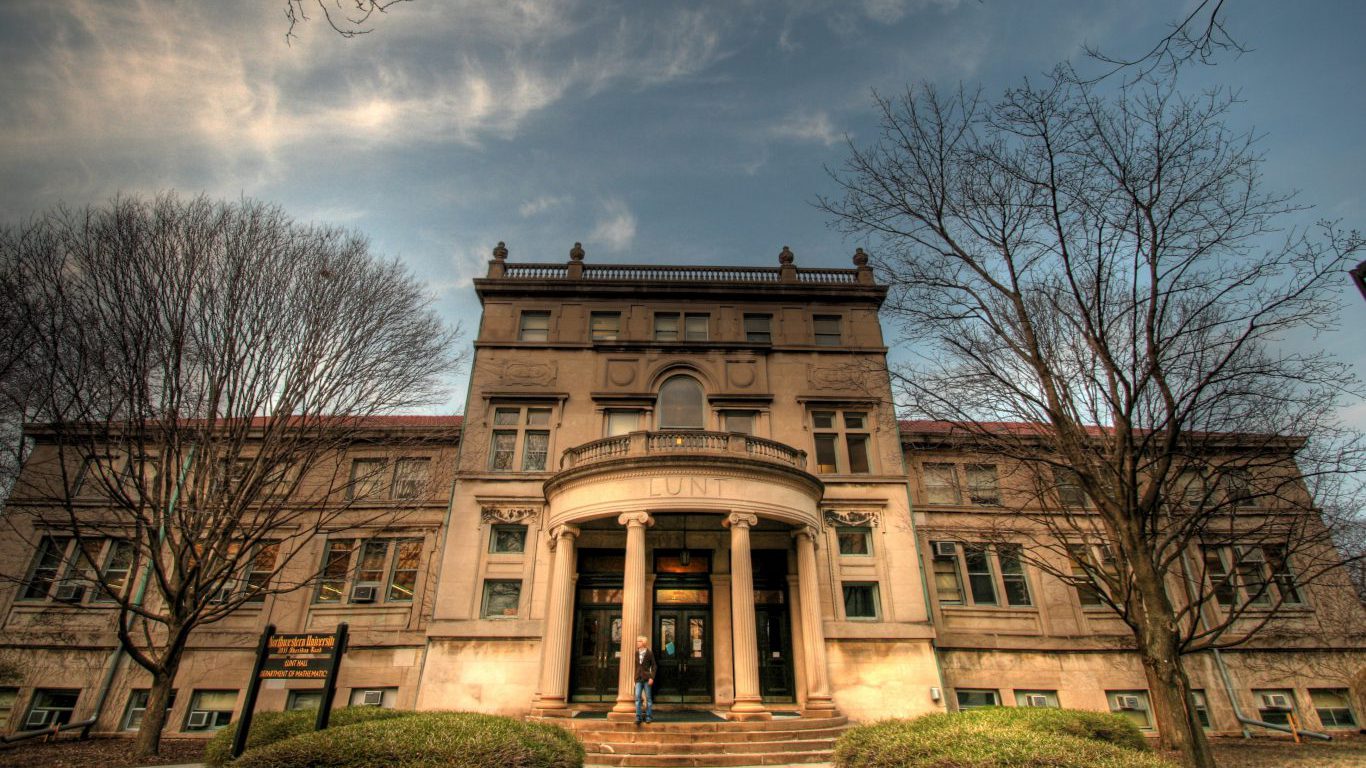 The colleges on this list tend to be very selective, with most admitting much less than half of all applicants — and Northwestern is no exception. The school received over 40,000 applications for the 2019 school year and accepted less than 3,700 — a 9.1% admissions rate. This makes Northwestern not just the most selective school on this list, but one of the most selective in the country. 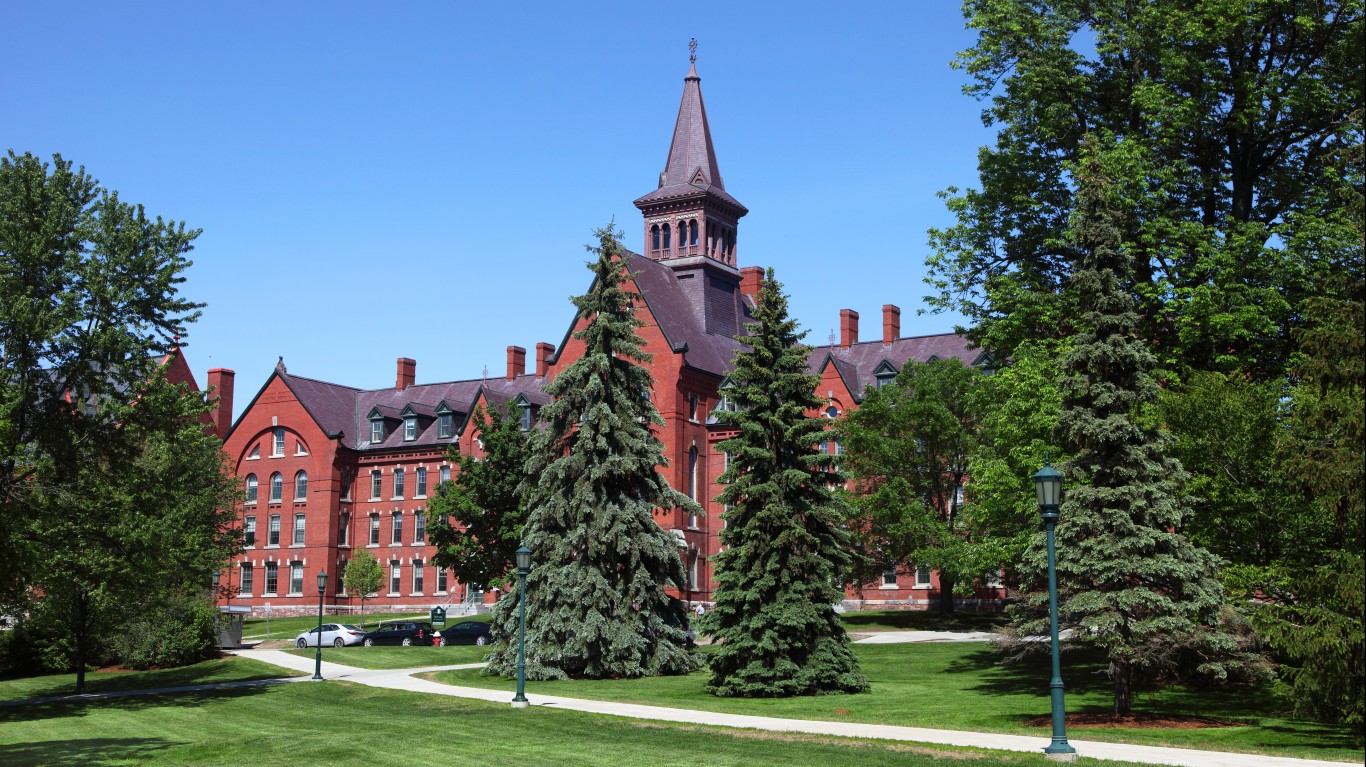 Most students at the University of Vermont feel that the overall political beliefs on campus lean far to the left. According to a Niche survey, 51% say the campus is very liberal, and 37% say it is liberal. Just 4% say it is moderate and 1% say it is conservative.

Unlike most other schools on this list, the University of Vermont does not have an especially diverse student body. Neatly 82% of all students identify as white alone, and less than 5% of students are from overseas. 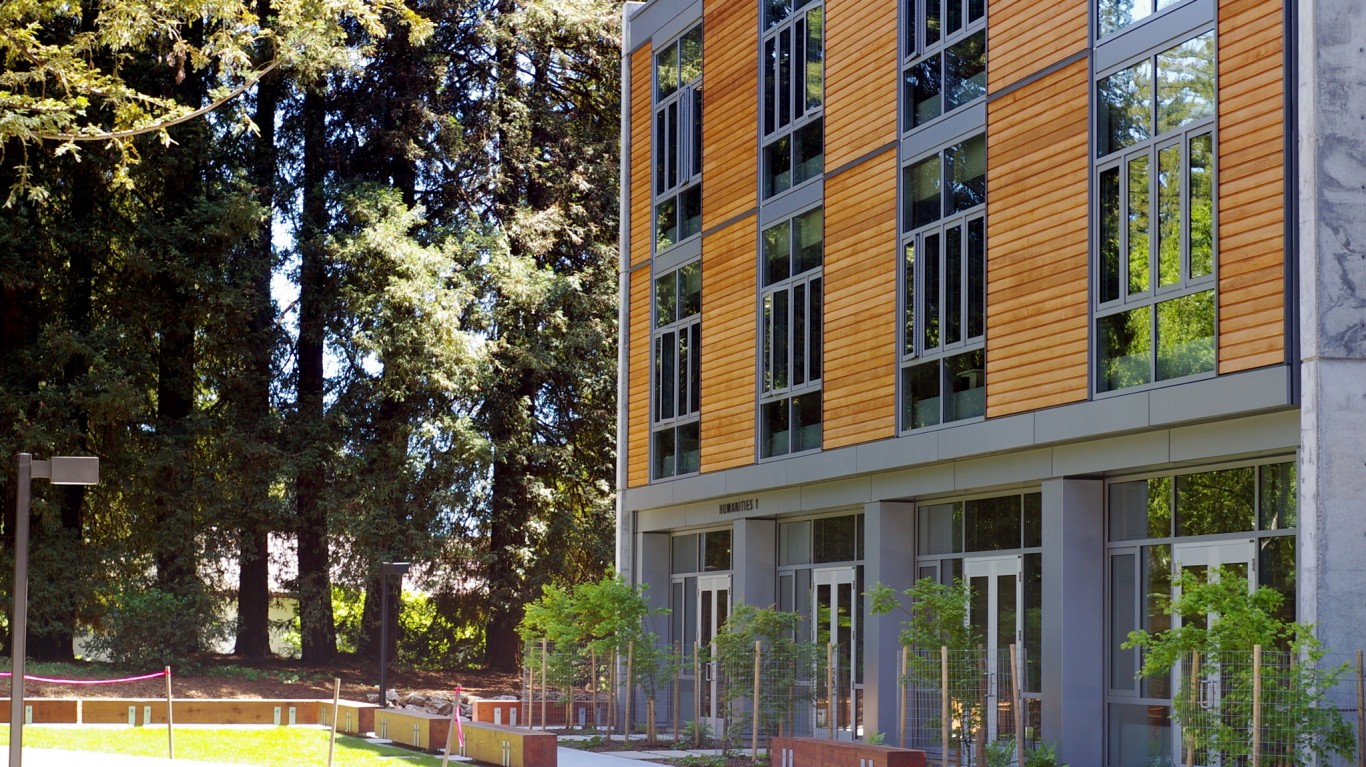 University of California-Santa Cruz is one of just a handful of large, public schools to rank among the most liberal colleges in the country. With enrollment of over 17,500, it is one of the largest institutions on this list.

More than 80% of students at University of California-Santa Cruz feel that the overall campus political beliefs are either liberal or very liberal, according to a Niche survey. The school is relatively diverse, as 30.4% of students identify as white, 27.6% identify as Hispanic, and 22.3% as Asian 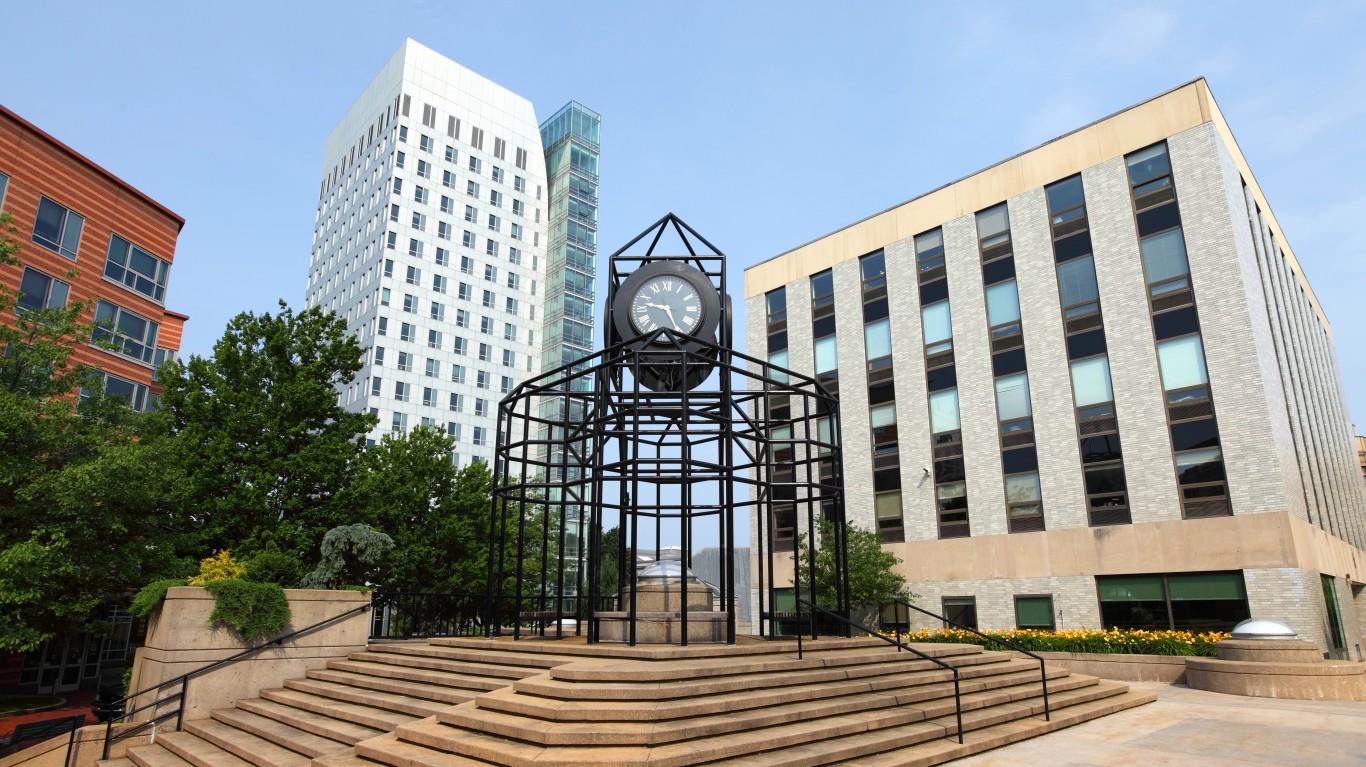 Northeastern University, located in Boston, is one of the most liberal colleges in the entire country. According to Niche, 57% of students associate themselves with the Dmocratic Party, compared to just 5% who consider themselves to be Republicans.

Northeastern has produced a number of well-known Democratic politicians, including Maggie Hassan, a former New Hampshire governor and current U.S. senator, as well as John Pastore, a former senator and governor for Rhode Island. 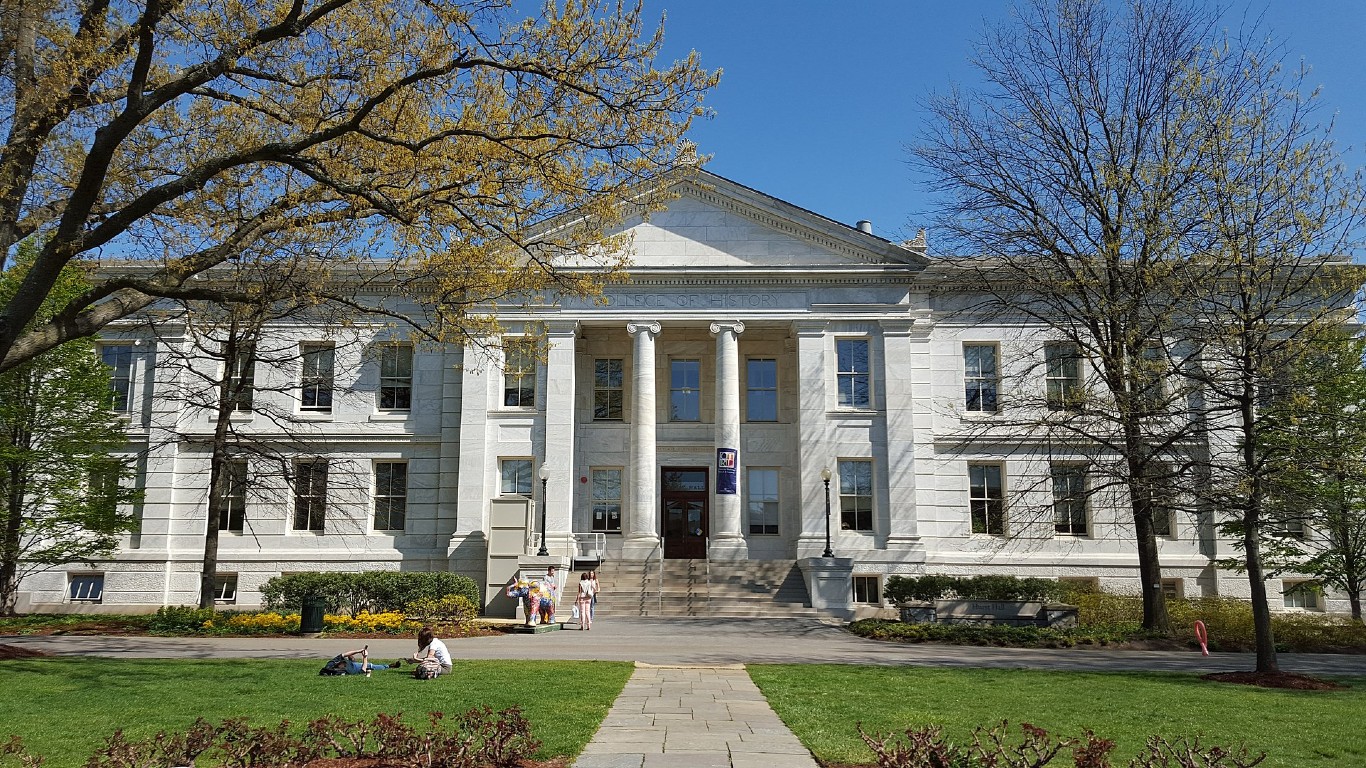 No school in America is more liberal than American University, a private research university located in Washington, D.C., according to Niche. Among students using the site, 86% feel the political beliefs of campus as a whole are either liberal or very liberal. Just 12% of students associate themselves with the Republican Party.

American University has a long list of alumni who are notable for their political contributions, including Washington, D.C. Mayor Muriel Bowser and former New Mexico Gov. Toney Anaya, both Democrats.