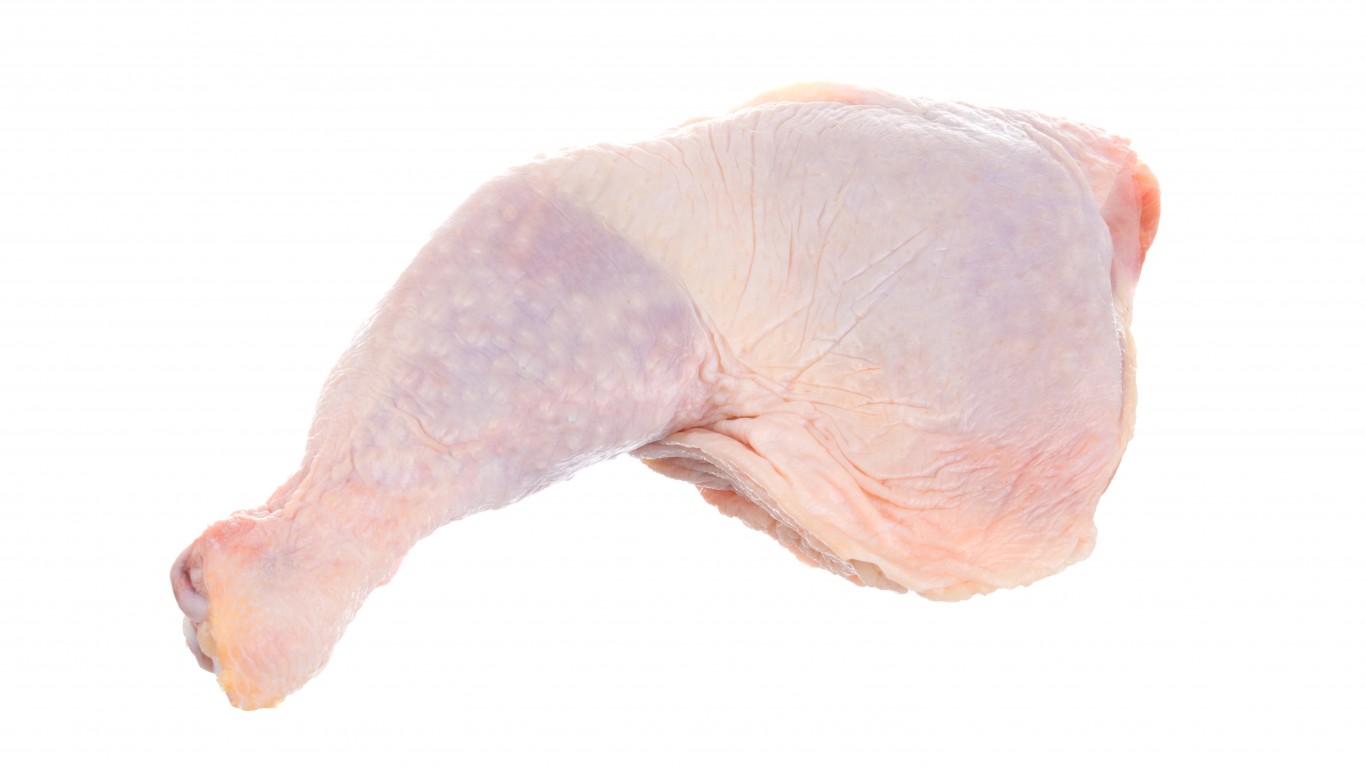 Fresh and frozen chicken parts are among the five grocery store items that have increased the most in price over the past year. Chicken parts were 6.2% more expensive in January 2021 than a year earlier. For context, prices increased just 1.4% across all grocery items during that time. Amid the COVID-19 pandemic, American shoppers have stocked up on meats and proteins as they cooked at home much more frequently. 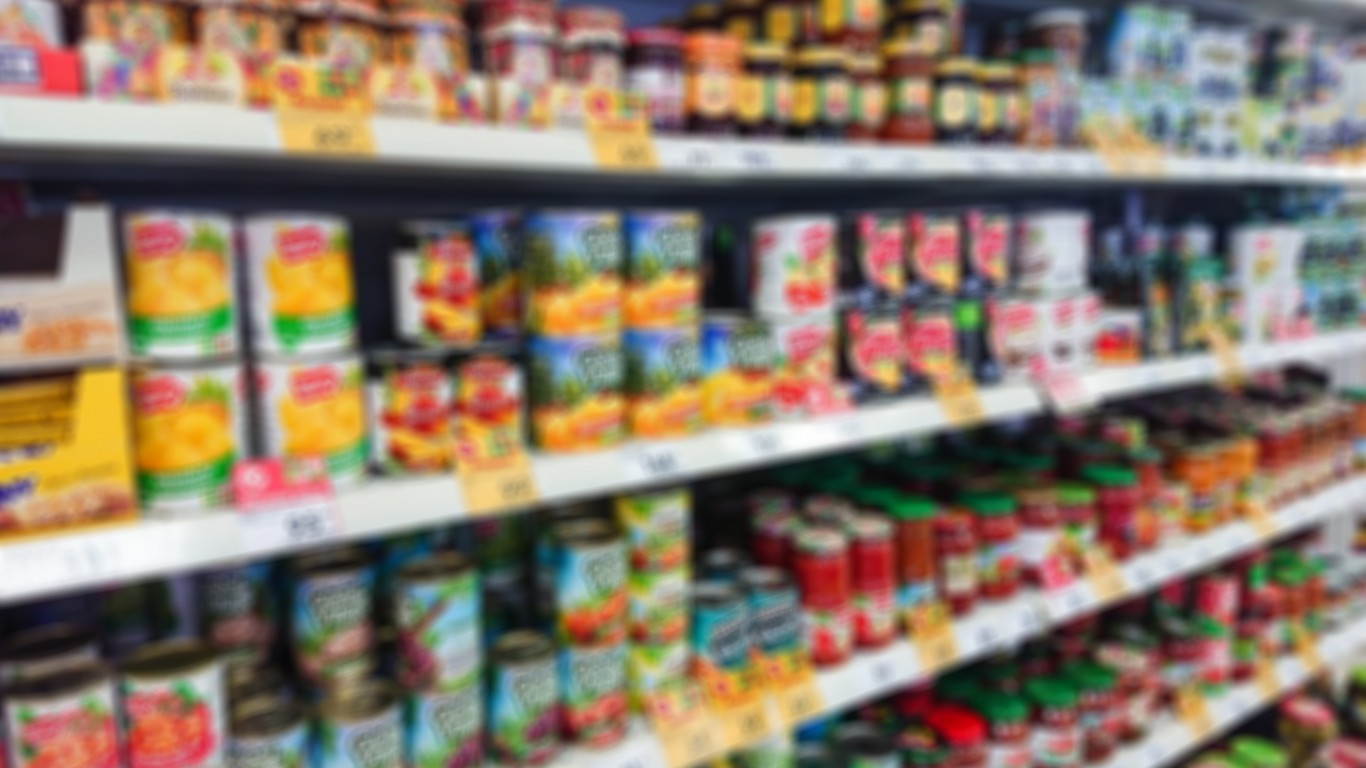 The price of canned vegetables had remained relatively stable throughout the 2010s, even as the price of all grocery items steadily increased. Yet as COVID-19 shuttered restaurants and the supply chains for fresh produce was interrupted, many consumers stocked up on shelf-stable canned vegetables. After the initial spike in price from March to April, canned vegetables continued to get more expensive, peaking in June.

24/7 Wall St.
A Year in Review: 17 Non-Obvious Ways Life Has Changed During the COVID-19 Pandemic 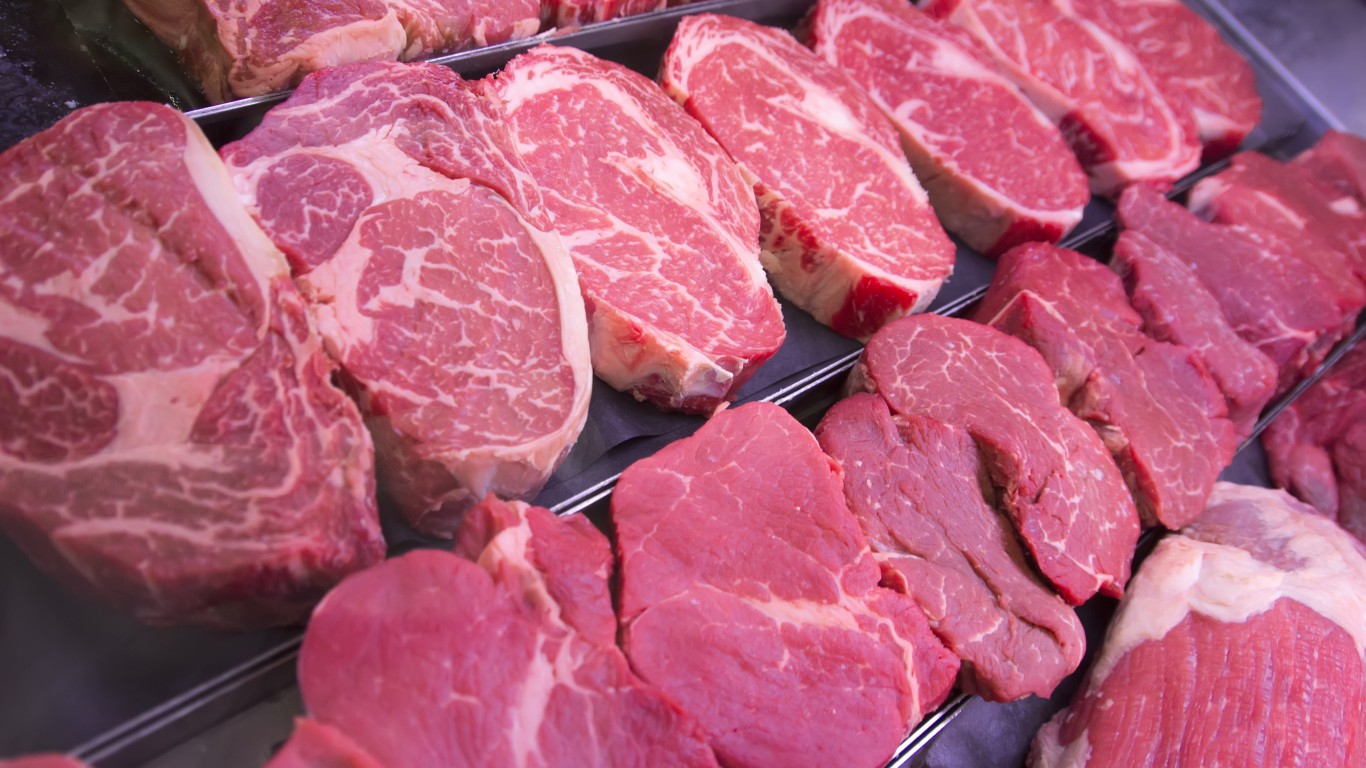 Like many other meat products available at grocery stores, uncooked beef steaks became more expensive throughout the COVID-19 pandemic Consumers sought out more proteins to cook at home, but the virus affected many meat processing plants, hampering their ability to meet demand. 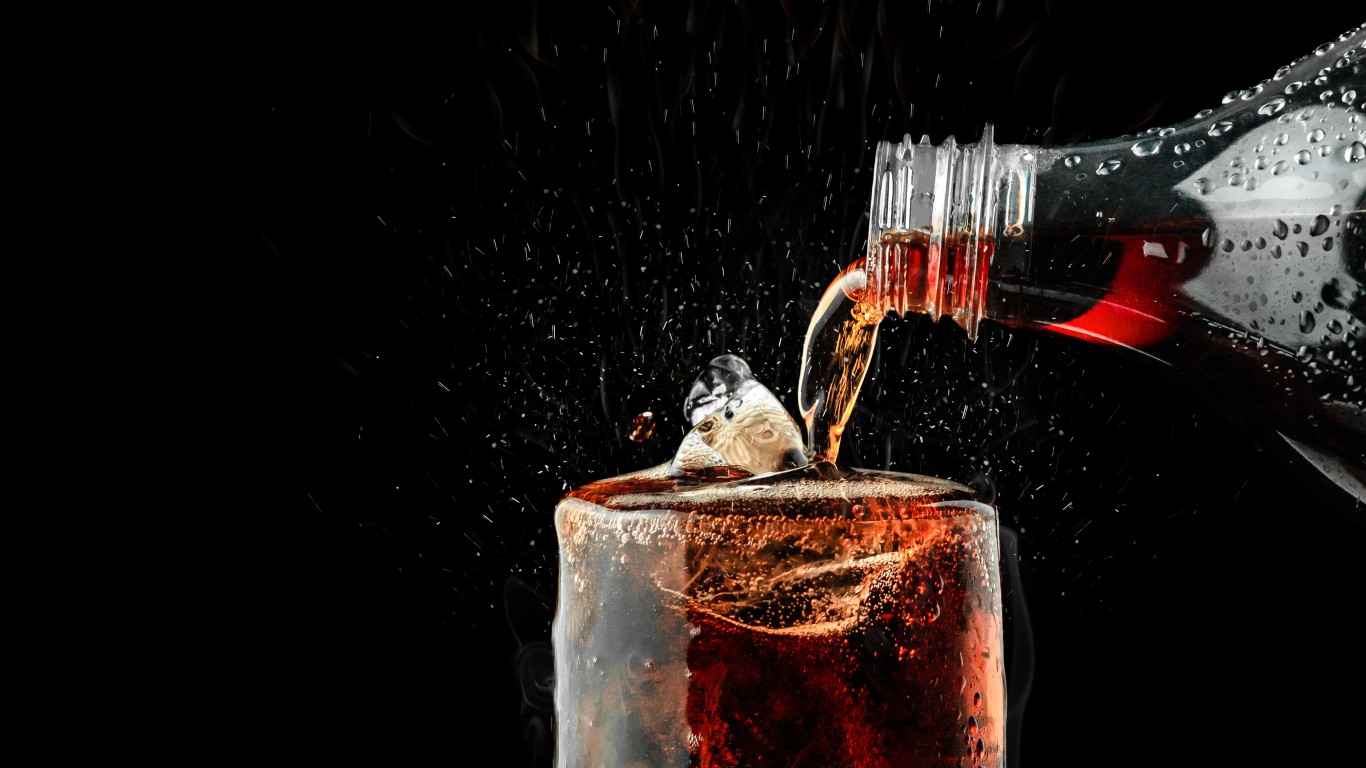 Carbonated drinks increased in price by 7.4% from January 2020 to January 2021, more than all but one other grocery category. Yet these drinks stand out on this list, as they are not a protein or shelf-stable food product.

The increase in price was largely due to an interruption in the supply chain of carbon dioxide, the chemical that gives carbonated drinks their fizz. Ethanol producers, whose ethanol products end up in gasoline, capture CO2 as a byproduct and sell it to drink makers. But with demand for ethanol declining because Americans were driving less, ethanol producers made less CO2. Carbonated drink manufacturers reported that carbon dioxide prices increased by around 25%, and much of that increase was passed on to consumers. 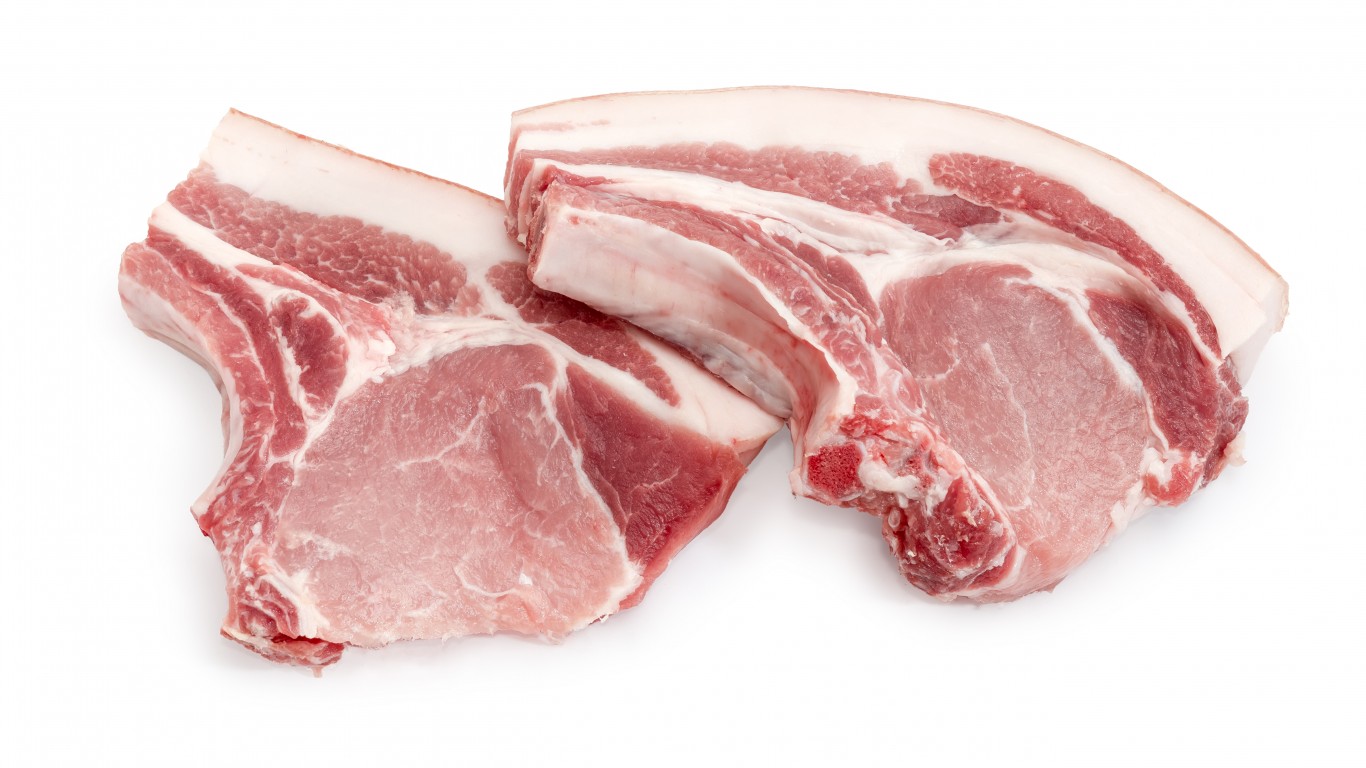 No single grocery item had a larger percentage price increase during COVID-19 than pork chops. Across all types of pork, sales increased by 14.9% in volume and 22.6% in dollar sales through September 2020 compared to the same time in 2019. Though pork chops were 7.8% more expensive in January 2021 than they were the previous January, they actually peaked in price in June — that month, pork chops rose in price by 21% in just a few months.