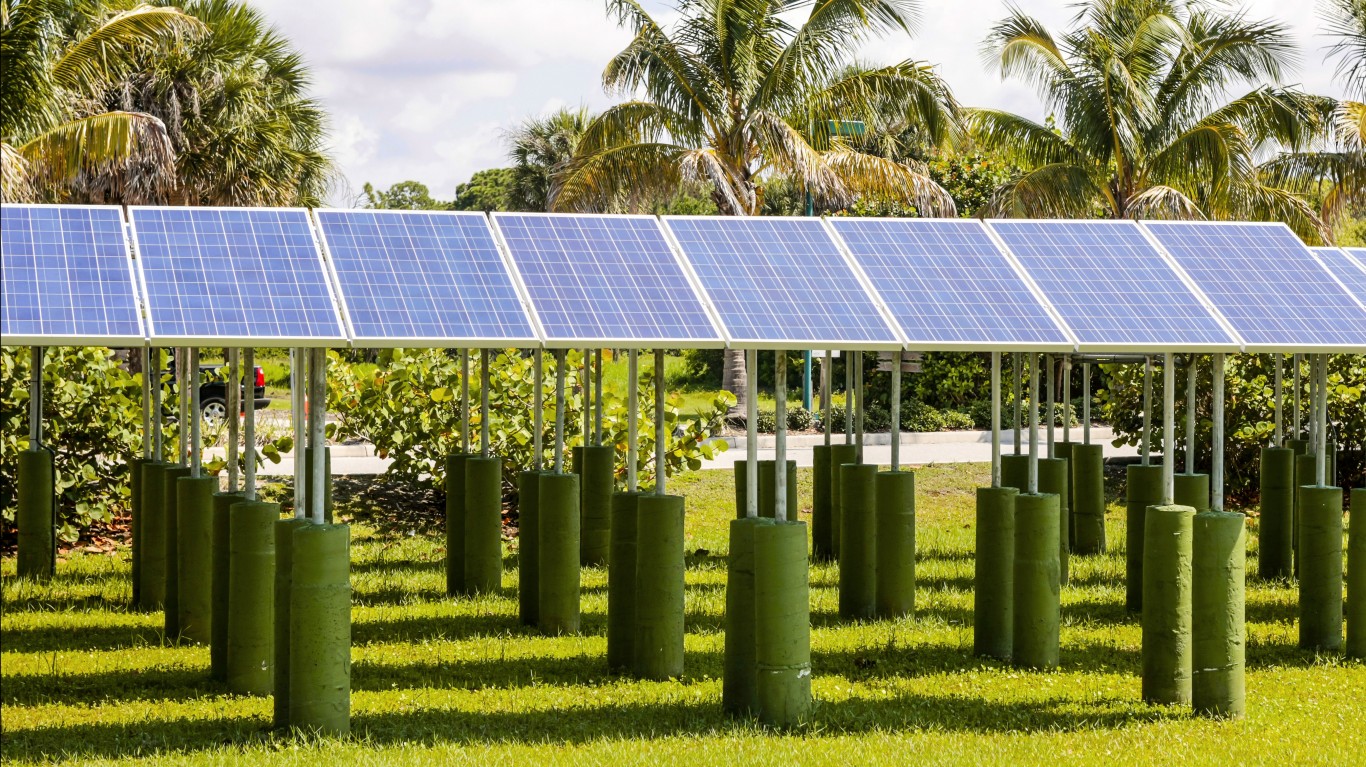 In Florida, only 3.5% of electricity is generated through renewable sources. Solar thermal and photovoltaic is the largest renewable contributor to the power grid in the Sunshine State. One solar energy production facility in the state uses nearly 200,000 mirrors to concentrate sunlight and generate electricity. It is the only facility of its kind in the eastern United States. Biomass such as sugar cane waste, citrus pulp, wood pellets, and yard waste is also widely used for electricity production in Florida.

The state is one of 25 where natural gas-fired plants generate the most electricity. Florida also has two nuclear power plants that generate about 12% of electricity in the state. 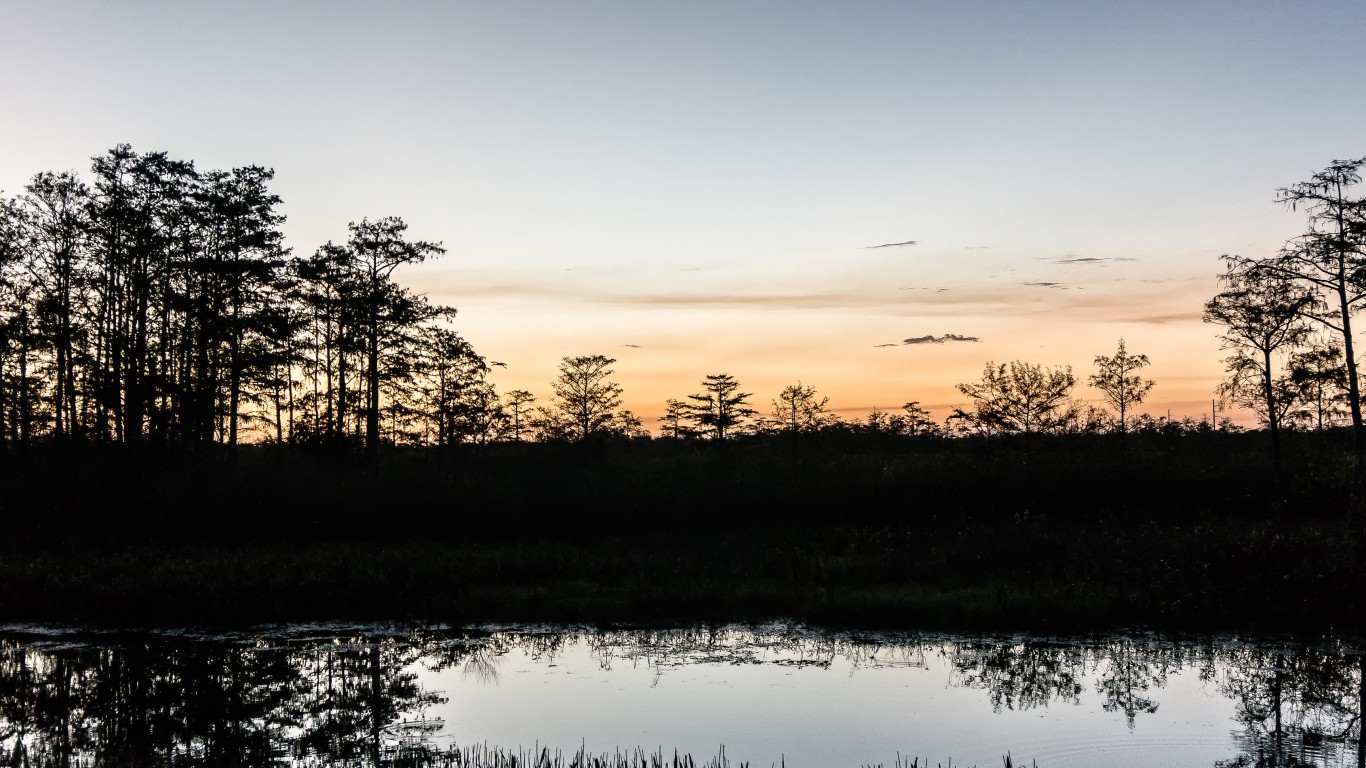 Just 3.6% of Louisiana’s energy comes from renewable sources, less than a quarter of the comparable national share. Louisiana does not use wind or geothermal sources. The bulk of its renewable energy production comes from wood and wood-derived sources, one of just a handful of states in which this is the case.

24/7 Wall St.
These Are the Drunkest States in America 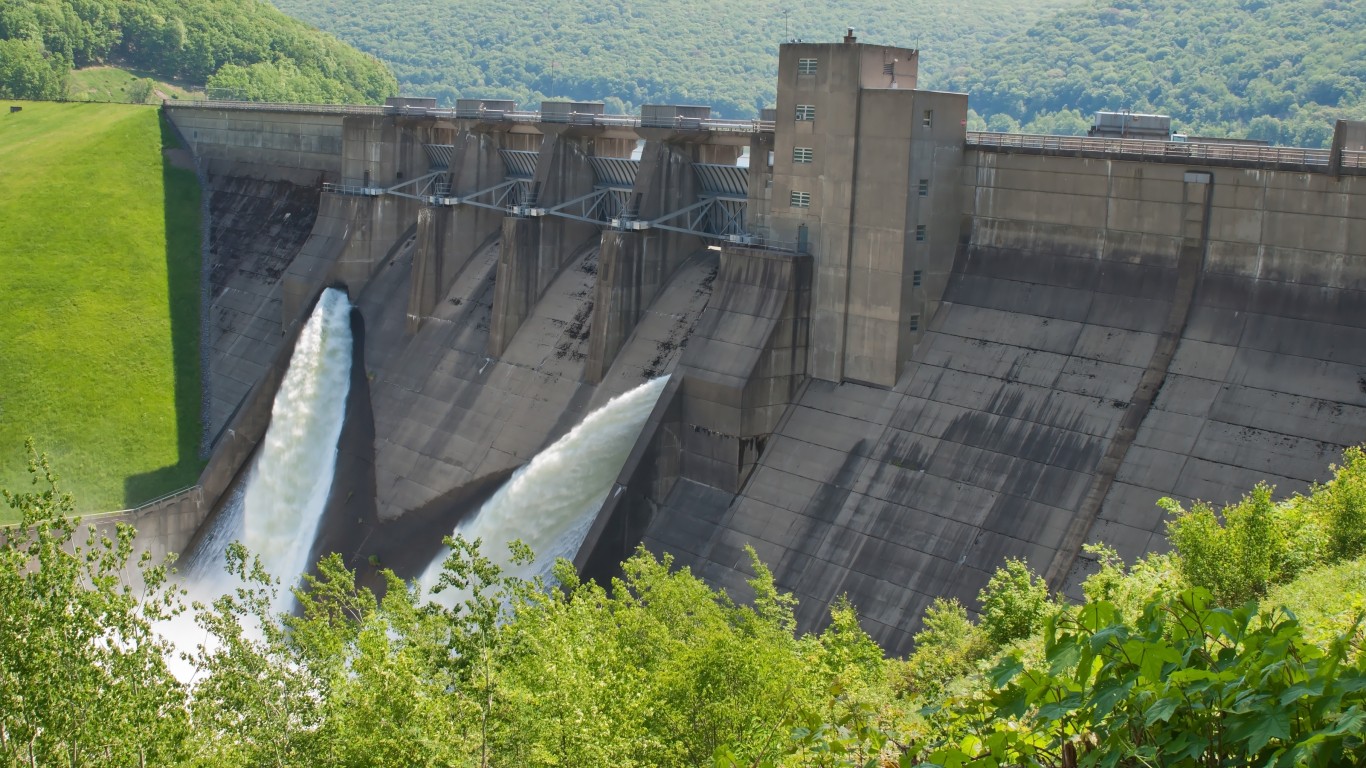 Pennsylvania generated nearly 229 million MWh of electricity in 2019 — and only 3.9% of it came from renewable sources. Most renewable energy production in the Keystone State is from hydroelectric power plants and most of the rest from wind turbines. The state has two pumped storage plants, which operate by moving water from a lower reservoir to an upper reservoir and then releasing the water to power turbines. The state also had 26 operational wind farms as of mid-2020 and added two additional wind farms at the end of that year. 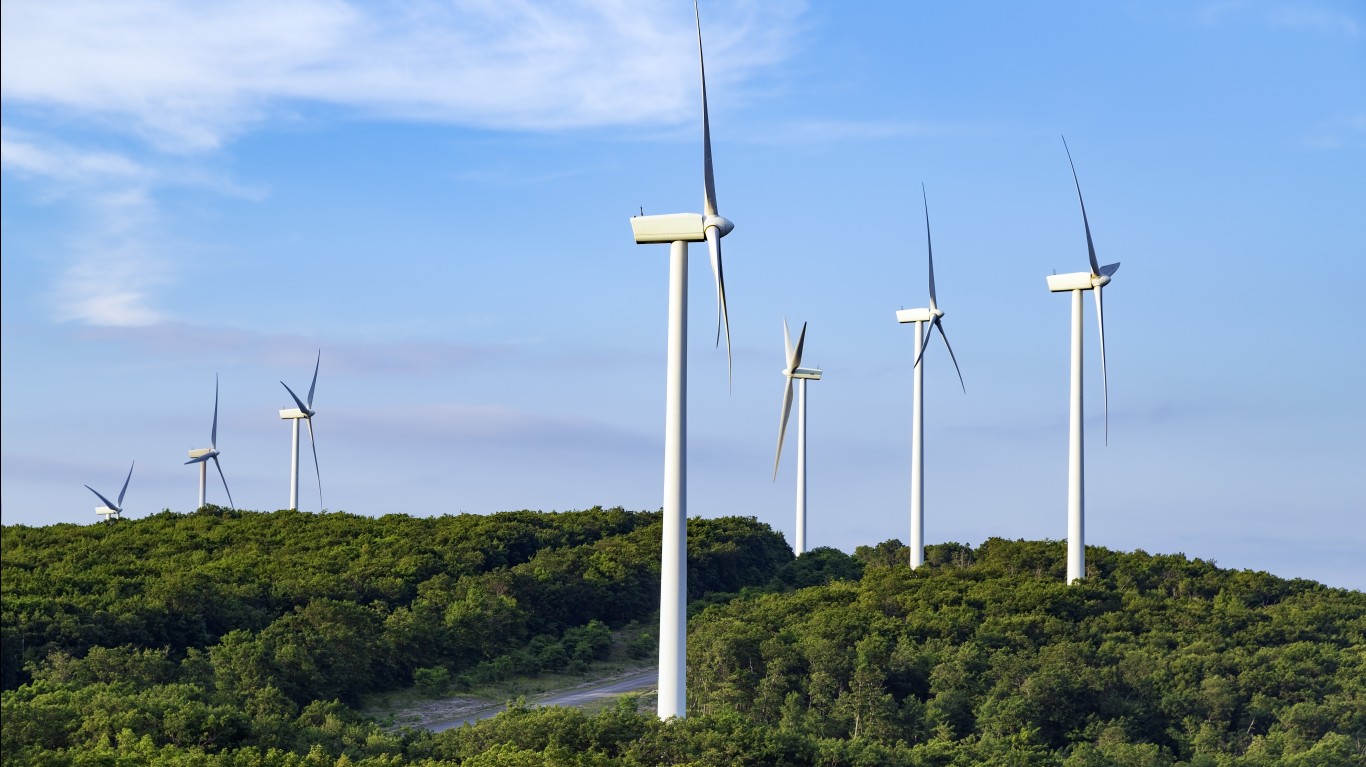 Only 5.2% of electricity in West Virginia is produced from renewable sources — namely hydroelectric and wind. The state is home to a dozen hydroelectric plants, the oldest of which began operating in 1909, while the newest has been generating electricity since 2016. 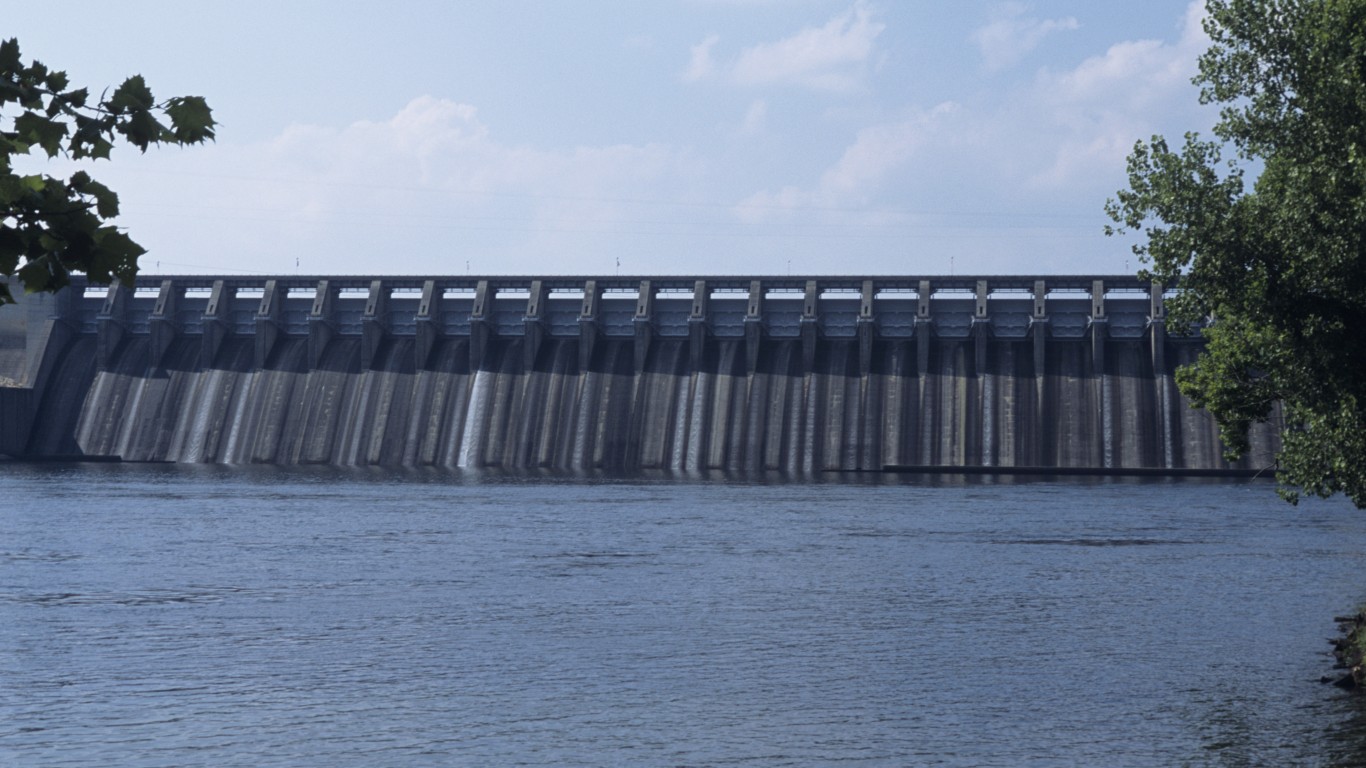 Just 6.0% of the 100.1 million MWh of electricity produced in South Carolina in 2019 came from renewable sources. The state has about 30 utility scale hydroelectric plants and is ramping up its solar power production capacity.