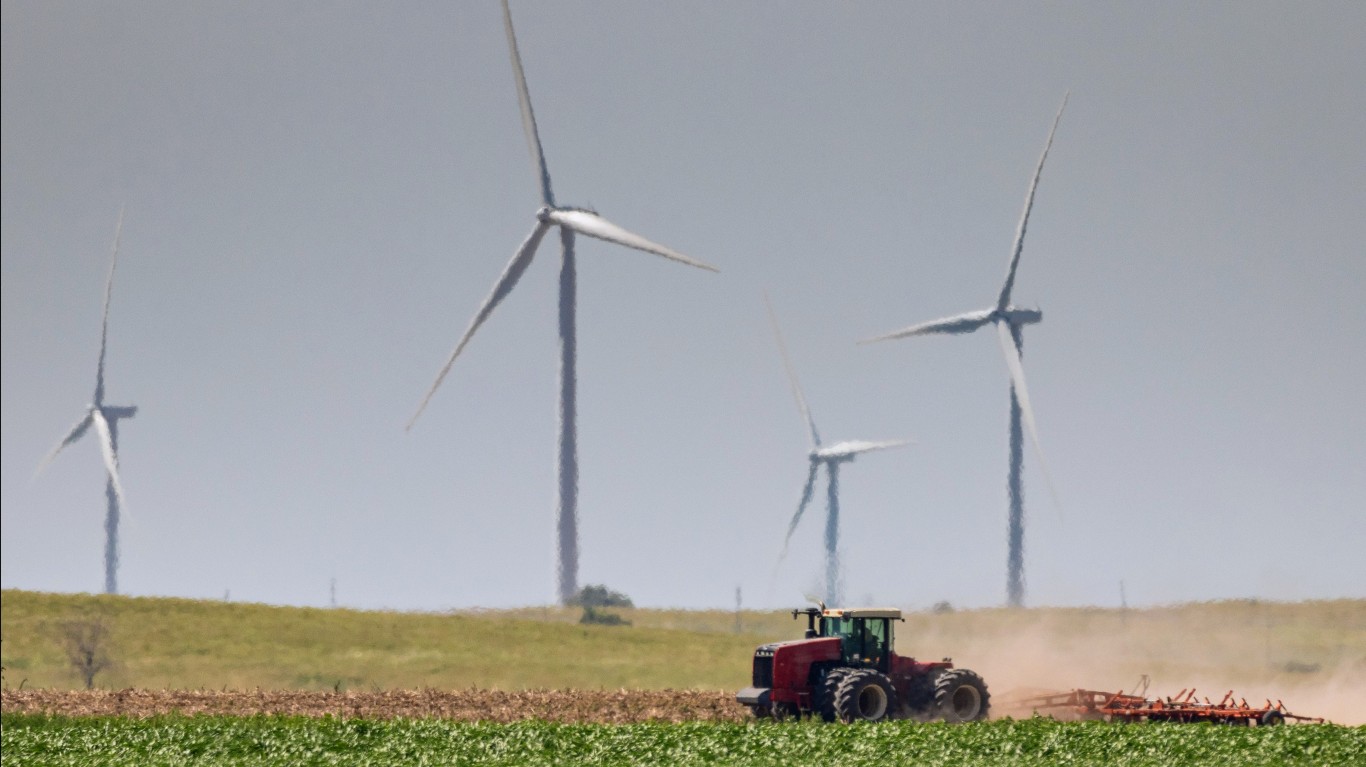 Only 8.2% of electricity production in Illinois comes from renewable sources — the largest of which is wind. Nearly all renewable energy generated in the state comes from wind turbines, while hydropower, biomass, and solar account for a very small share of total energy production.

Though not a renewable energy source, Illinois’s largest power supplier is not a carbon emitter either. Nuclear reactors generate nearly 100 million MWh electricity in Illinois, more than in any other state and over half of the state’s total power production. There are currently six nuclear power plants with a combined 11 reactors operating in the state. With high production capacity, Illinois exports about 20% of the electricity it produces to other states. 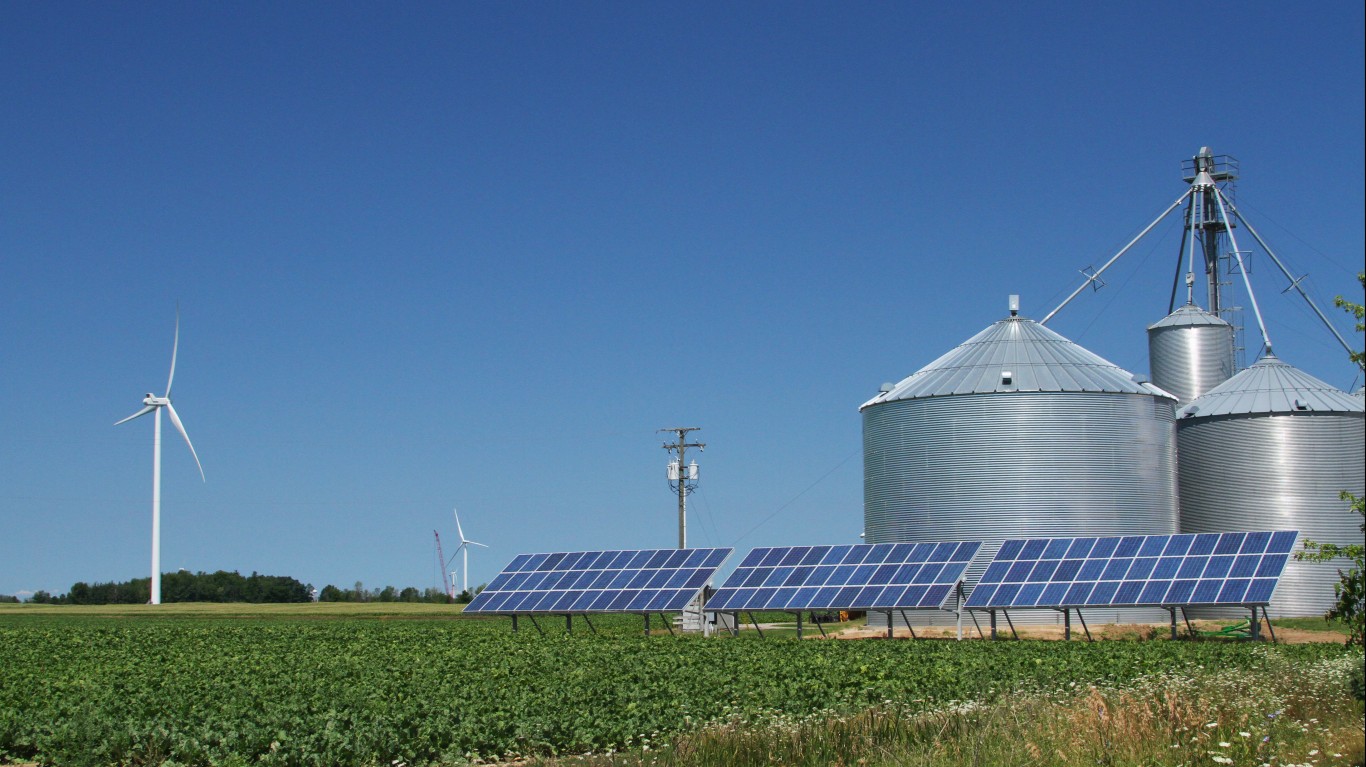 Power plants in Michigan churned out 116.7 million MWh of electricity in 2019 — and only 8.5% of it was produced using renewable resources. Wind accounted for most of the state’s renewable energy generation, as Michigan has over two dozen wind farms, largely located in the eastern part of the Lower Peninsula.

The largest share of electricity in the state is produced in coal-fired power plants. Though Michigan has no active coal mines, it ships in coal from ports on the Great Lakes and by rail from a number of other states, including Colorado, Pennsylvania, West Virginia, and Wyoming. Natural gas-burning plants are also a major supplier to Michigan’s electrical grid.

ALSO READ: States With The Strongest And Weakest Unions 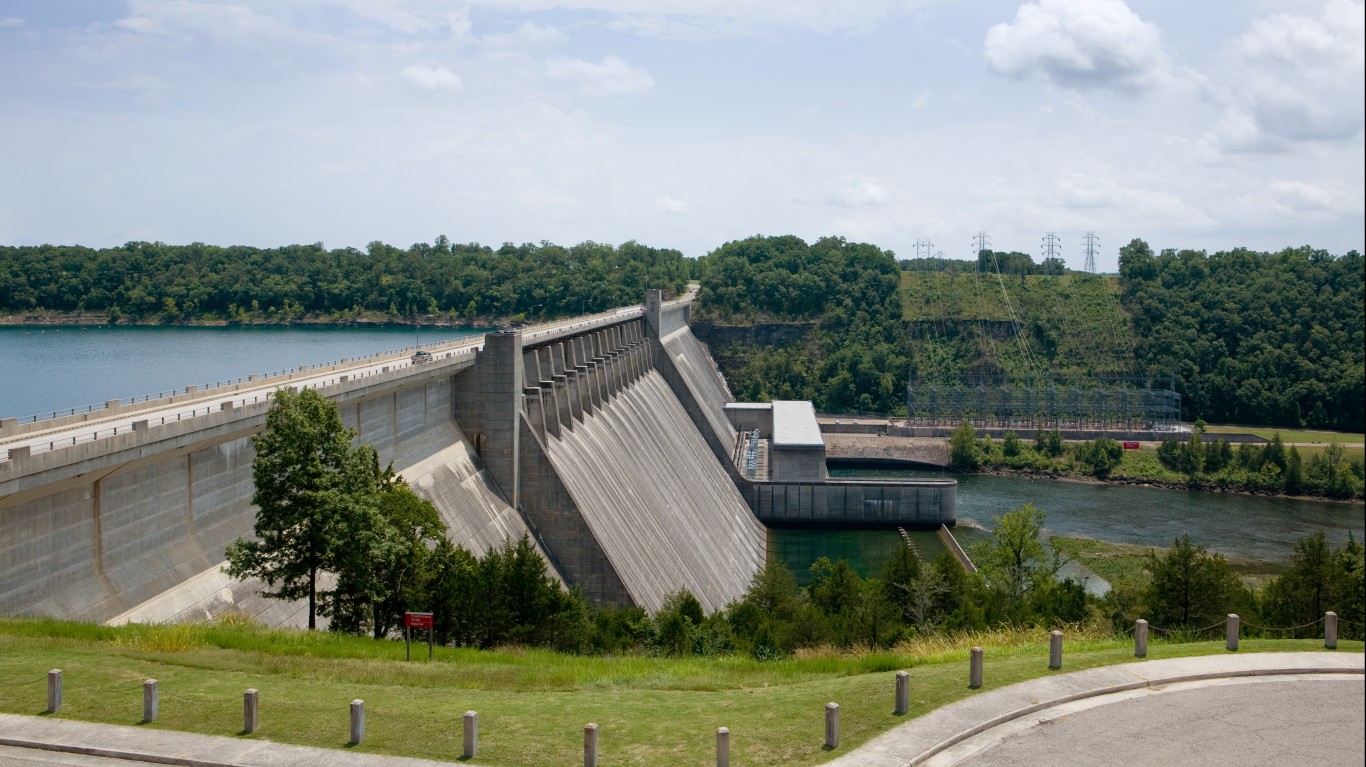 Like nearly every other Southern state, Arkansas has a relatively low share of its electricity coming from renewable resources, at 8.8%. The bulk of Arkansas’ renewable energy comes from hydroelectric sources, accounting for 6.4% of the state’s overall energy production. Also, the state uses wood and wood-derived fuels to produce 1.9% of its energy, more than double the comparable national share.

Coal and natural gas each account for over a third of electricity production in Arkansas. The share of the state’s electricity that comes from natural gas has expanded significantly from 2009 to 2019. Arkansas is one of just a handful of states with a lower share of its energy coming from renewable sources in 2019 than 10 years prior. 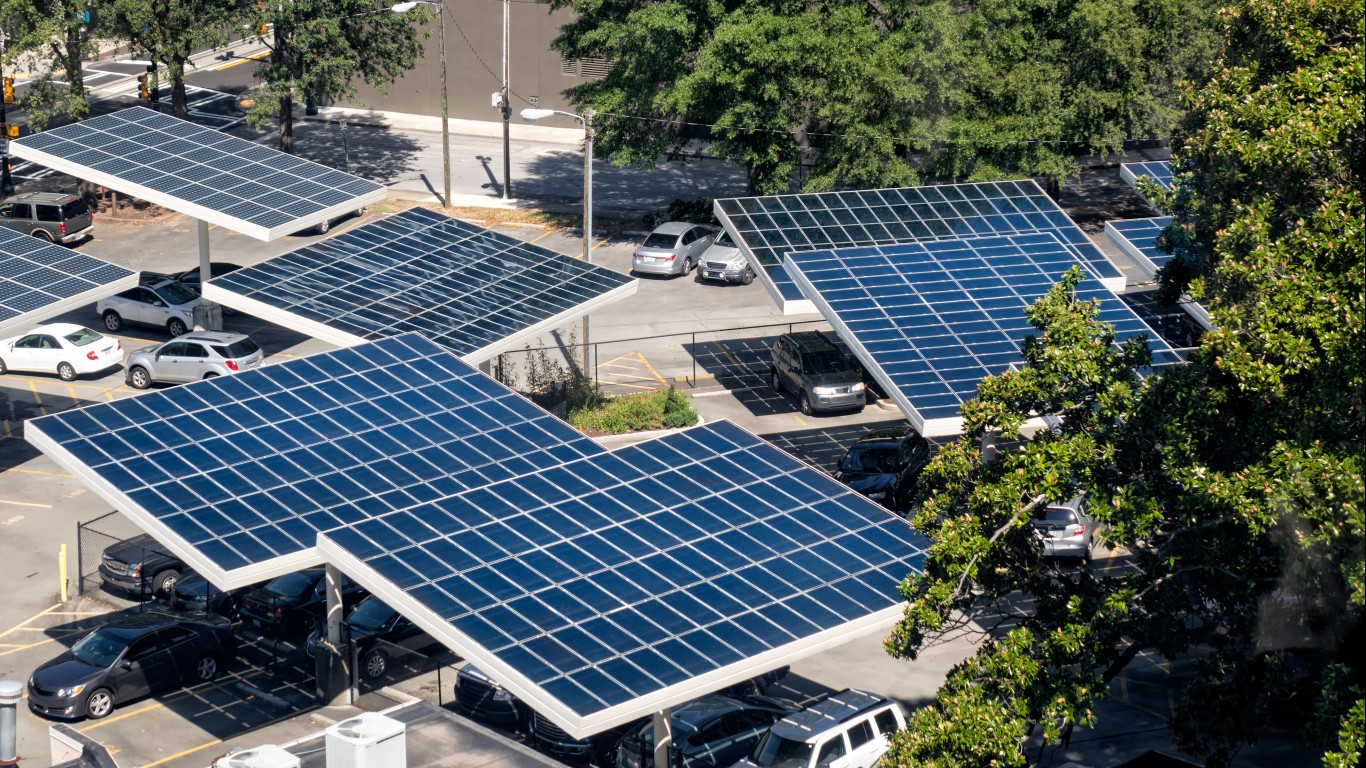 In Georgia, wood and wood-derived fuels account for 3.9% of electricity production, a larger share than in all but three other states. Of the 25 million acres of forest in the state, 24 million are available for commercial use. There are seven wood pellet manufacturing plants in the state that churn out 1.5 million tons of wood fuel per year. Accounting for hydropower, solar, and other biomass, renewable sources account for 8.9% of Georgia’s annual electricity production.

The state’s largest electricity source is natural gas, which accounted for 45.6% of electricity production in 2019. The state’s two nuclear power plants produced over one-quarter of Georgia’s electricity output that year. 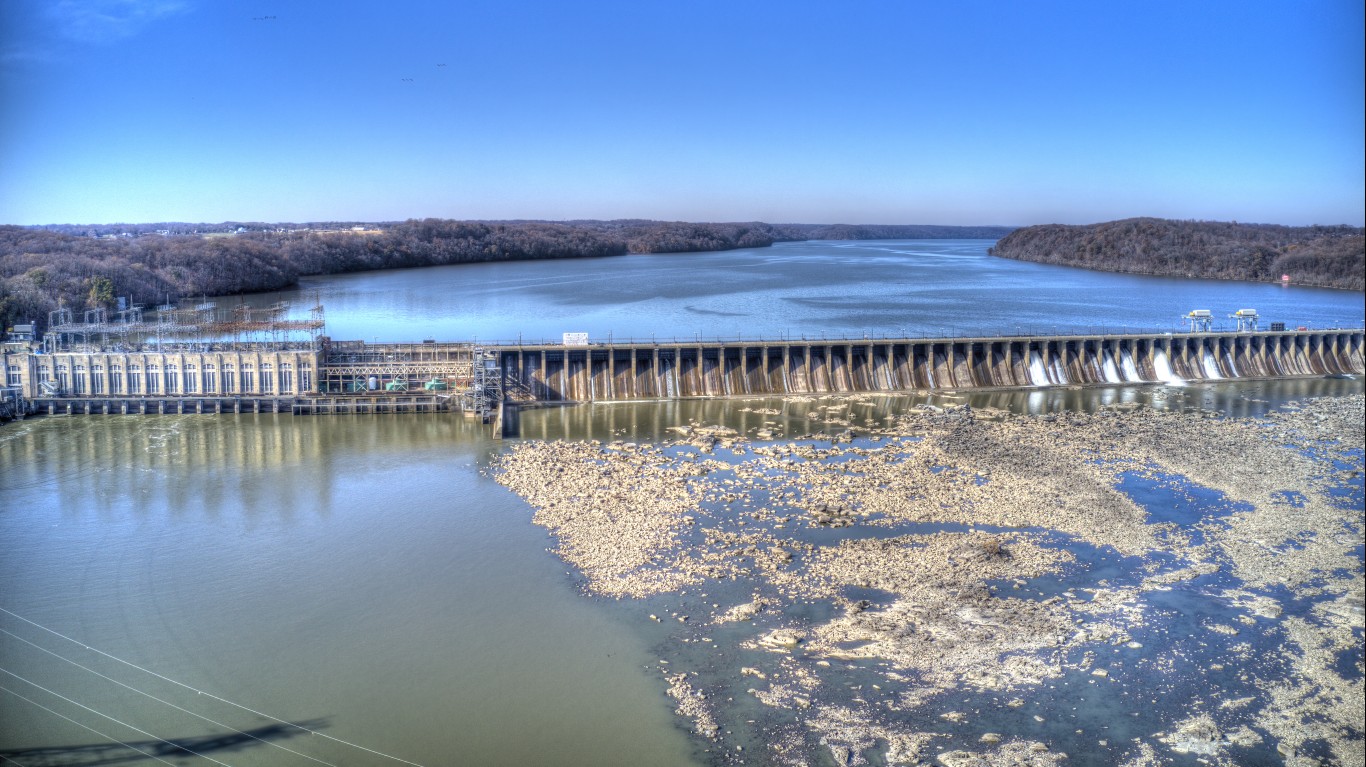 Maryland does not produce nearly enough power to meet demand, and as a result buys electricity from other states in the mid-Atlantic region. Still, through a variety of channels, the state generated 39.3 million MWh of electricity in 2019 — 9.1% of which came from renewable sources. Nearly half of renewable energy in the state comes from hydroelectric plants — one of which, the Conowingo plant on the Susquehanna River. The plant was the largest power plant ever built when it came online in 1928 and is still one of the largest in the state by output.

Nuclear power accounts for the largest share of power generation in Maryland, followed closely by natural gas. The state has one nuclear power plant with two reactors and, with a standing ban on hydraulic fracturing, it imports natural gas by pipeline from other states.