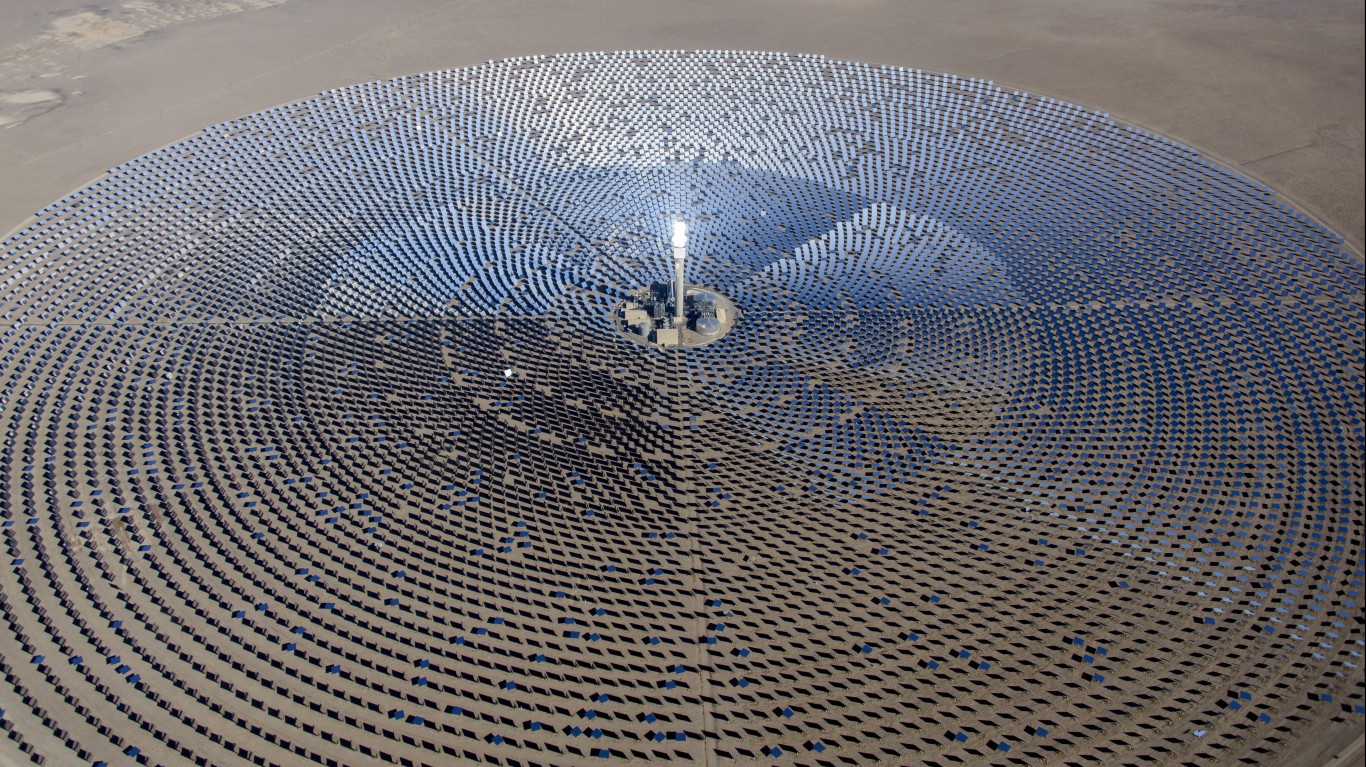 Renewable Energy (CC BY 2.0) by Bureau of Land Management

Nevada is one of only 15 states that derives over 25% of its electricity from renewable sources. Reliance on renewables in power generation is due in part to the state’s investment in solar power infrastructure. Between 2015 and 2019, solar electricity production tripled in Nevada. Hydro electricity also accounts for a significant share of Nevada’s energy mix, as the Hoover Dam, which sits on the Arizona border, powers hydro plants in both states. 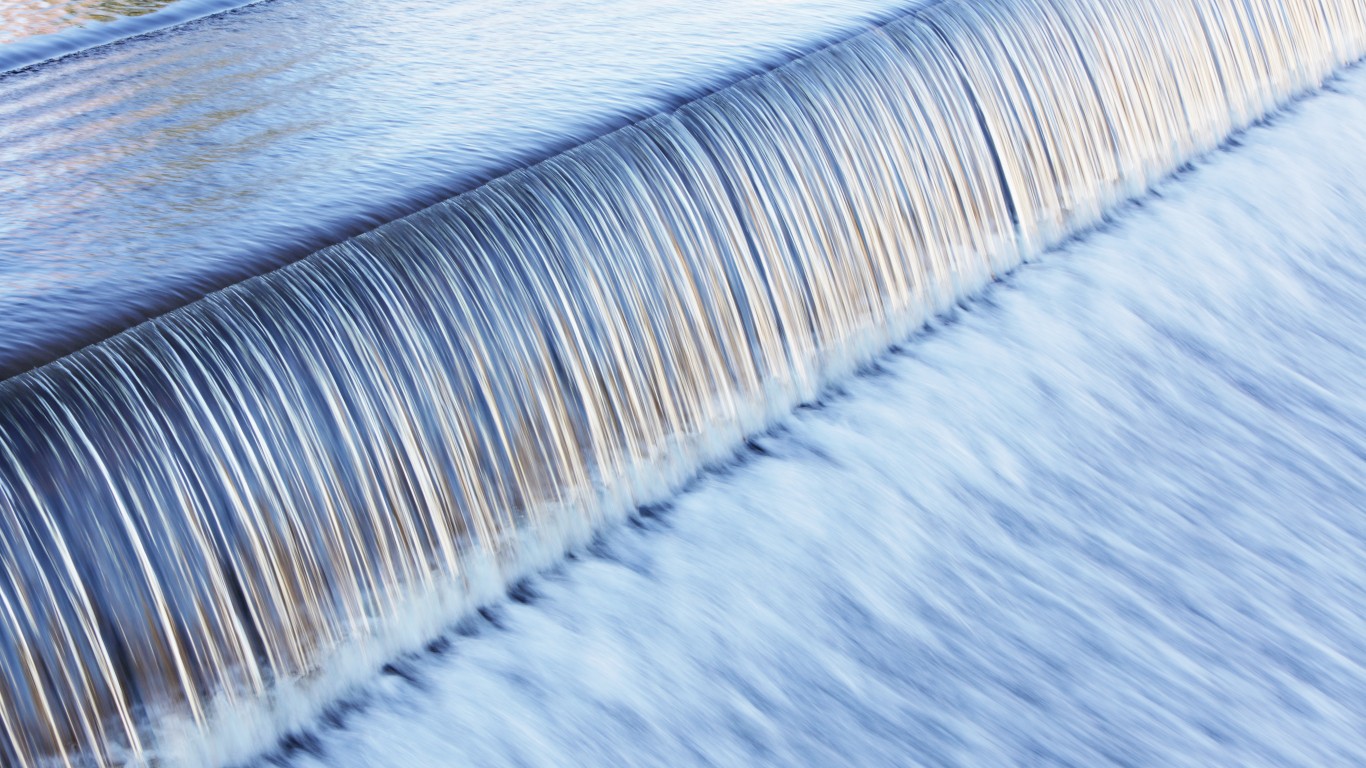 Renewable power sources account for 28.5% of electricity production in New York state. The state is one of the top four producers of hydroelectricity in the country, as over one-fifth of its net power generation comes from hydro plants — the largest of which is the Robert Moses Niagara plant near Niagara Falls. New York also has about two-dozen wind farms, which, together, account for the bulk of the remaining renewable energy production in the state.

Though it is not a renewable energy source, nuclear power does not have the kind of carbon emissions that sources like coal or natural gas do. Just over a third of New York’s electricity was generated by nuclear power plants in 2019. That share will likely soon drop, however, as Indian Point, one of four nuclear plants in the state, closed a reactor in 2020 and is slated to stop its second reactor in 2021.

ALSO READ: States With The Strongest And Weakest Unions 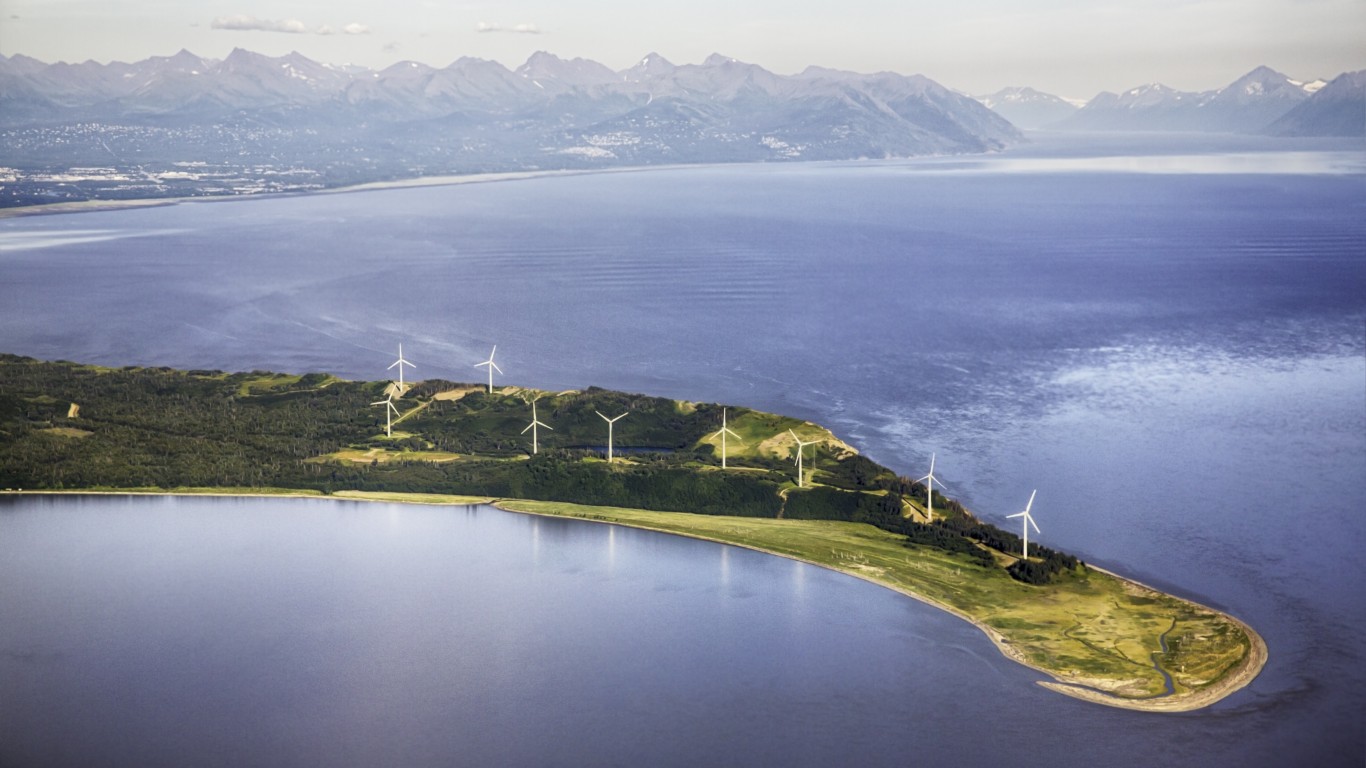 Though it is one of the top oil-producing states, nearly 30% of electricity generated in Alaska is from renewable sources — a larger share than in all but a dozen other states. Nearly all of Alaska’s electricity generated from renewable sources comes from hydroelectric plants. These plants are located largely in the southern part of the state in mountainous areas that tend to have high precipitation throughout the year.

The largest source of electricity in Alaska is natural gas-burning power plants. Alaska also derives about 15% of its electricity from petroleum, a larger share than nearly every other state. 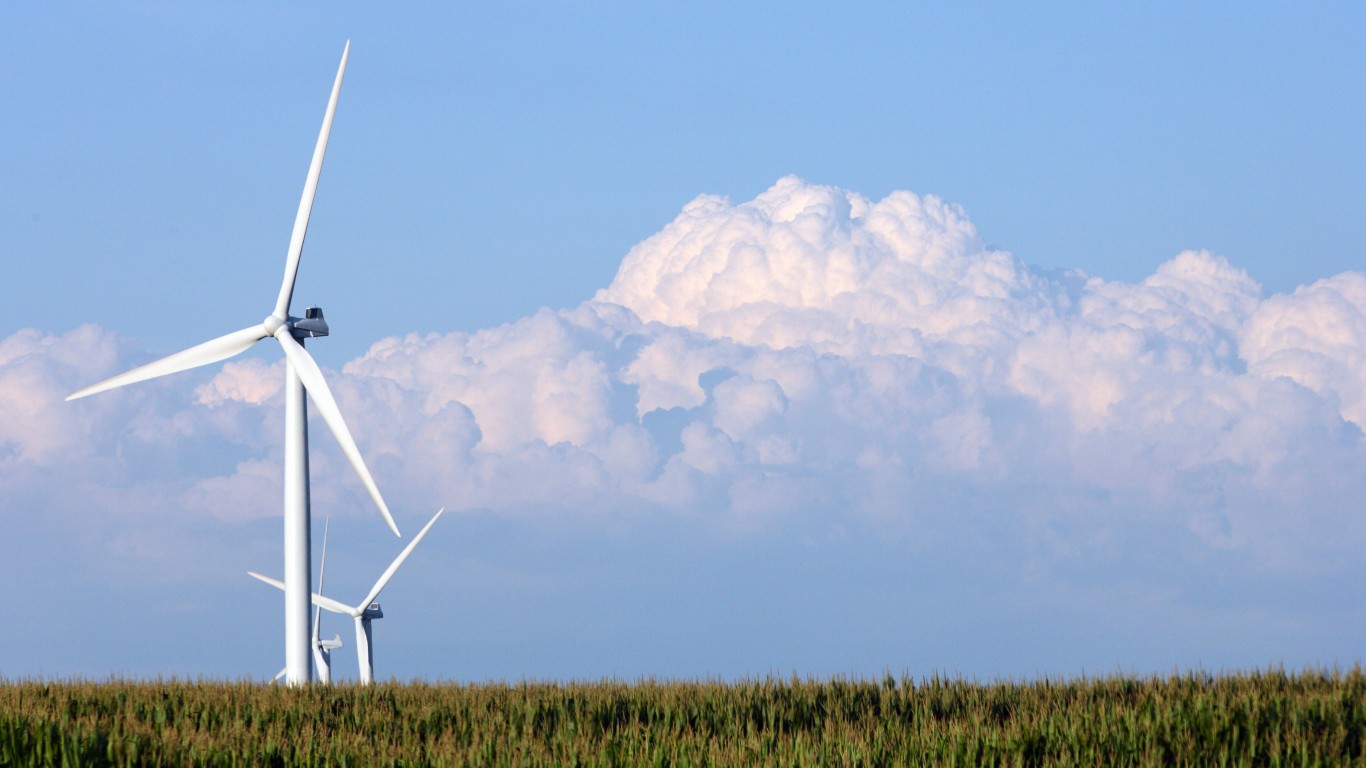 Still, coal is the primary source of electricity in the state. Half of the 10 largest power plants in the state are coal fired. With a small population, North Dakota produces more electricity than it consumes, and as a result, it exports about half of the electricity it generates to other states in the region, including Minnesota, Montana, and South Dakota. 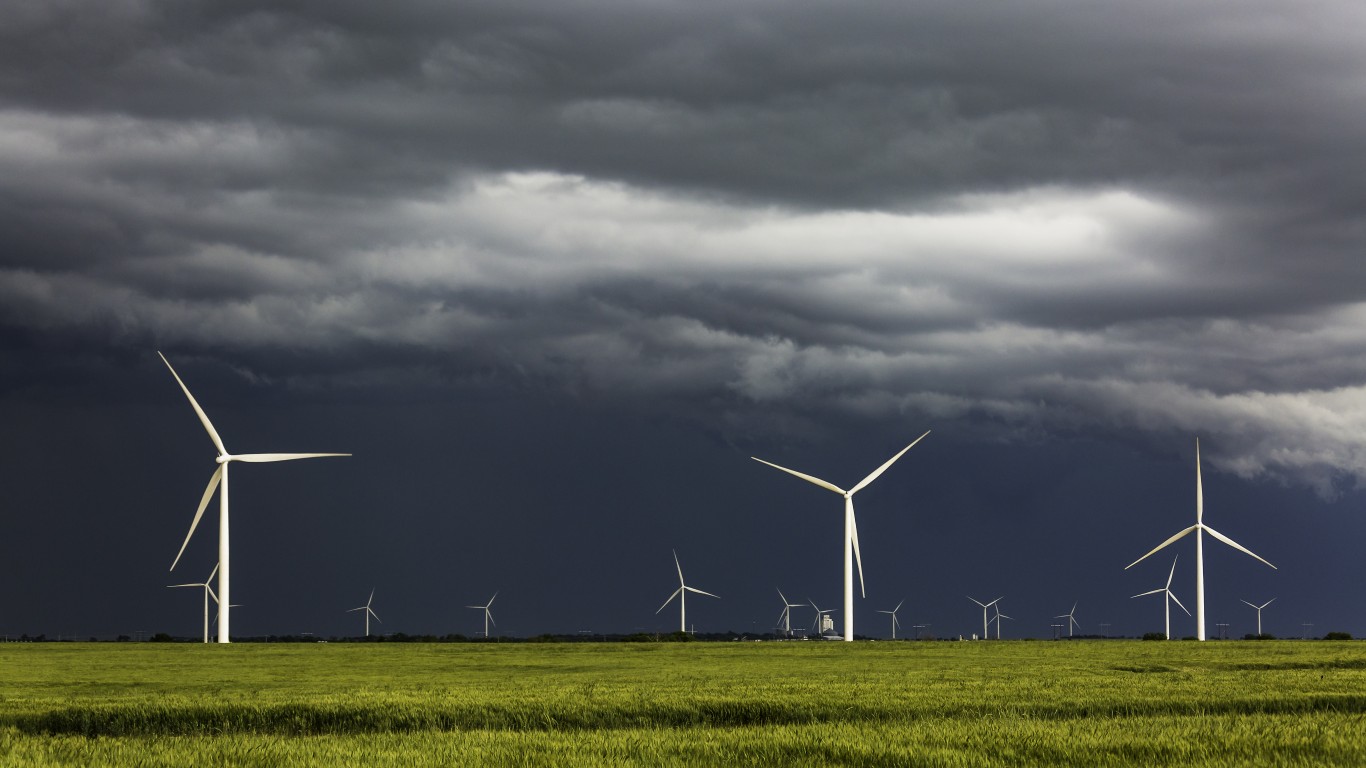 Oklahoma is also home to many of the largest natural gas fields in the United States. And although the largest power plant in the state is coal fired, natural gas is Oklahoma’s largest source of electricity, accounting for over half of all annual production.