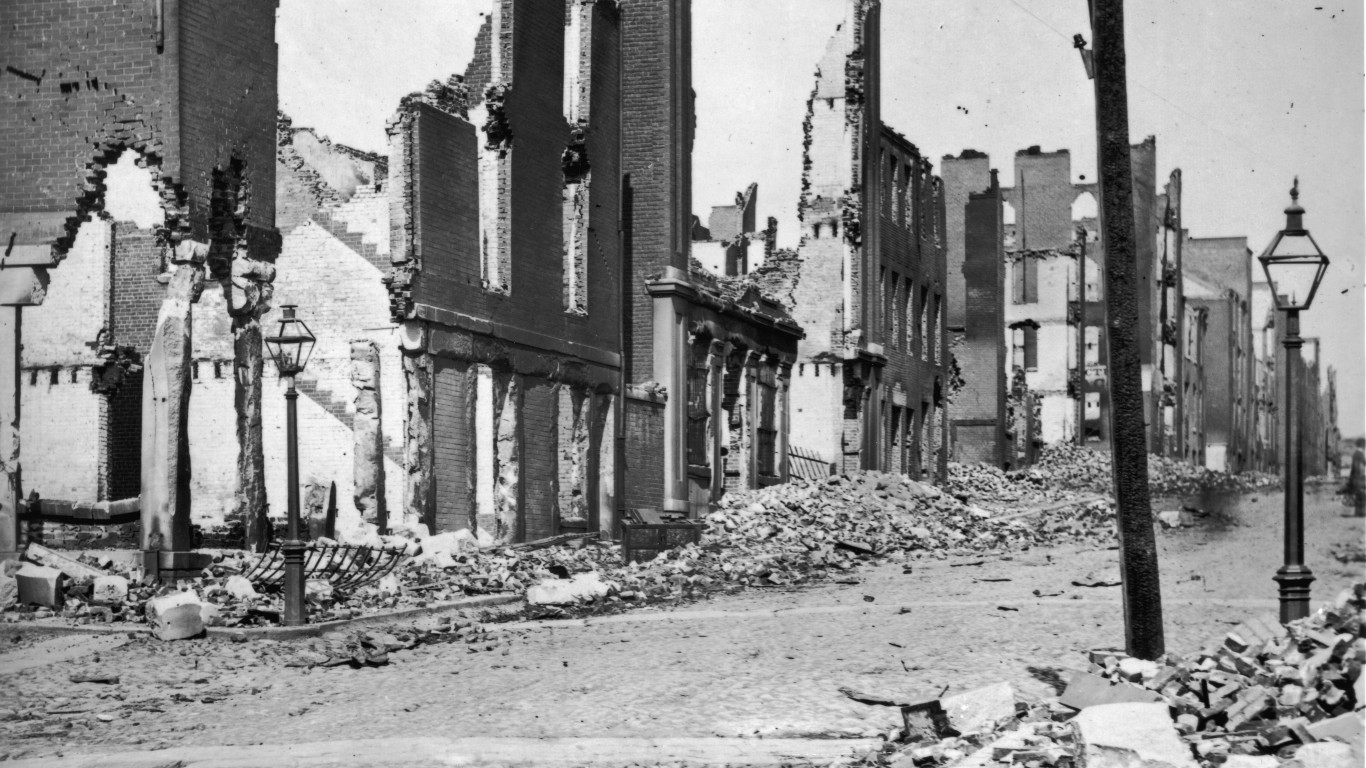 Richmond served as the capital of the Confederate States of America for all but the first few months of the Civil War, and was also one of the South’s most important cities economically, as a railroad hub and a center of iron-making and other industries. When it fell to the Union army in April 1865, much of the city was destroyed — though not always by the Union. Before evacuating, the Confederates set fire to buildings holding stores of tobacco and foodstuffs to keep supplies out of Union hands, and the flames spread through the entire downtown business district and destroyed the city’s ironworks. 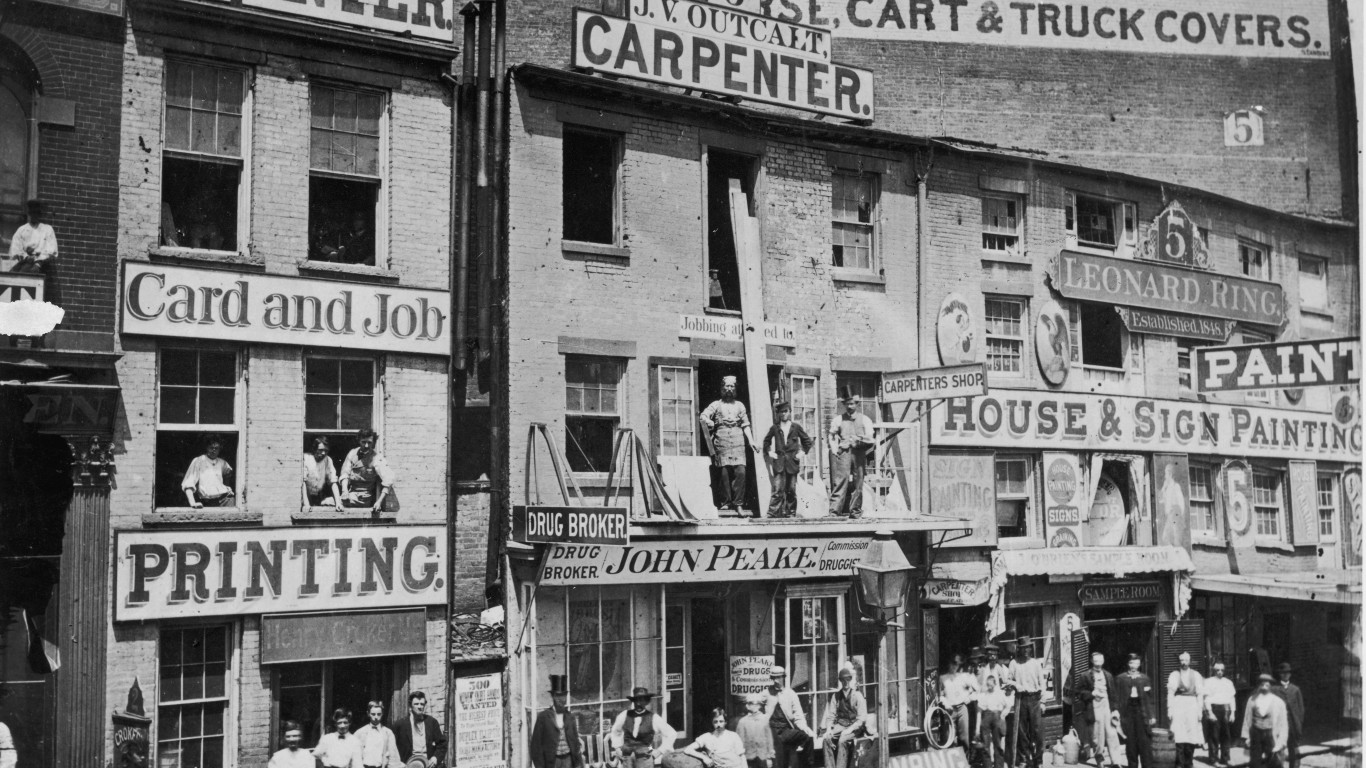 Because of its proximity to the piers along the Hudson River, the area of Manhattan now known as TriBeCa (for “Triangle Below Canal Street”) was a thriving business district in the mid-19th century. No. 5 Hudson, seen at the right of this image, is now the site of Kings Pharmacy, a well-loved neighborhood business.

24/7 Wall St.
The Most Beautiful Natural Wonder in Every State 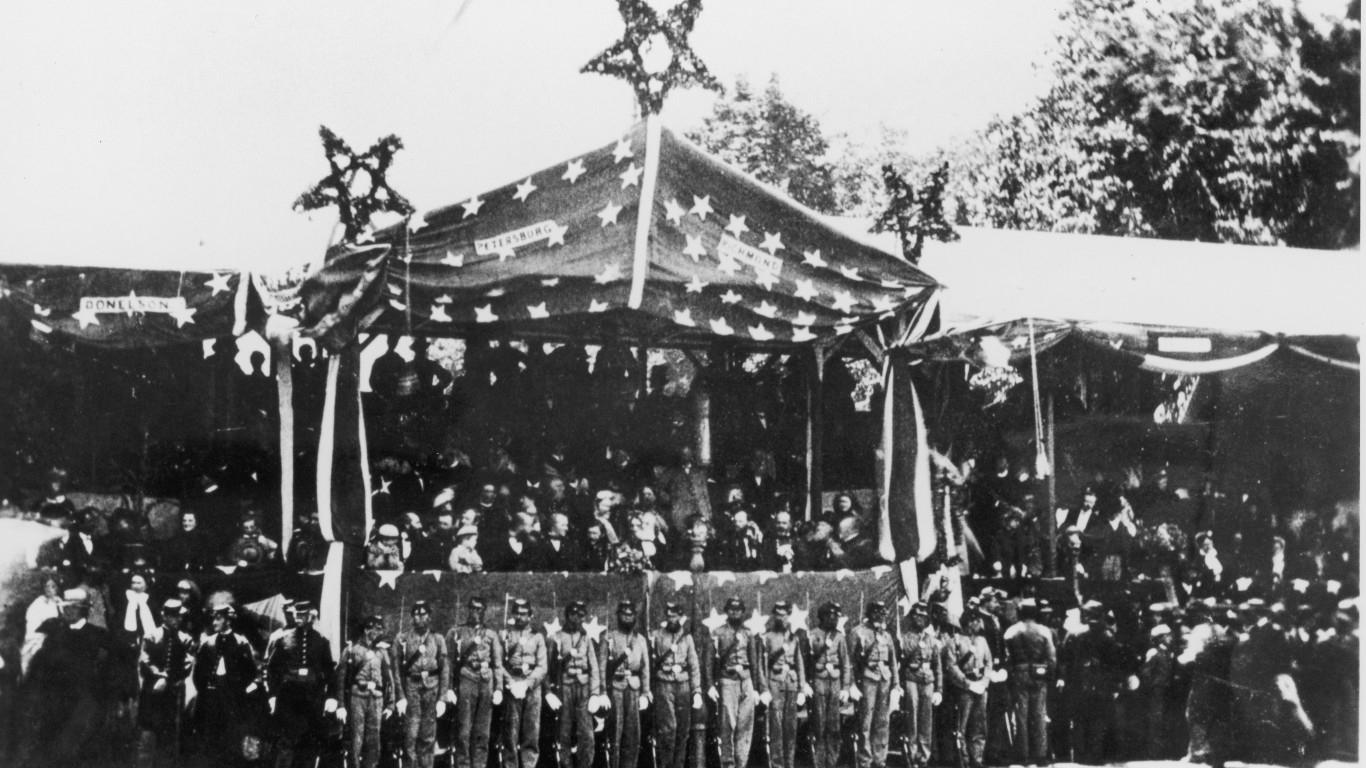 The Grand Review of the Armies was a two-day military parade held in Washington D.C. to celebrate the defeat of the Confederacy in the Civil War. On May 23, 1865, 80,000 soldiers in the Army of the Potomac marched down Pennsylvania Avenue from Capitol Hill to the White House, where General Ulysses S. Grant, commander of the victorious Union forces, and the newly inaugurated President Andrew Johnson (Abraham Lincoln had been assassinated only a month earlier) were among the dignitaries on the reviewing stand. The next day, the 65,000 men of the Army of Tennessee and the Army of Georgia repeated the march. 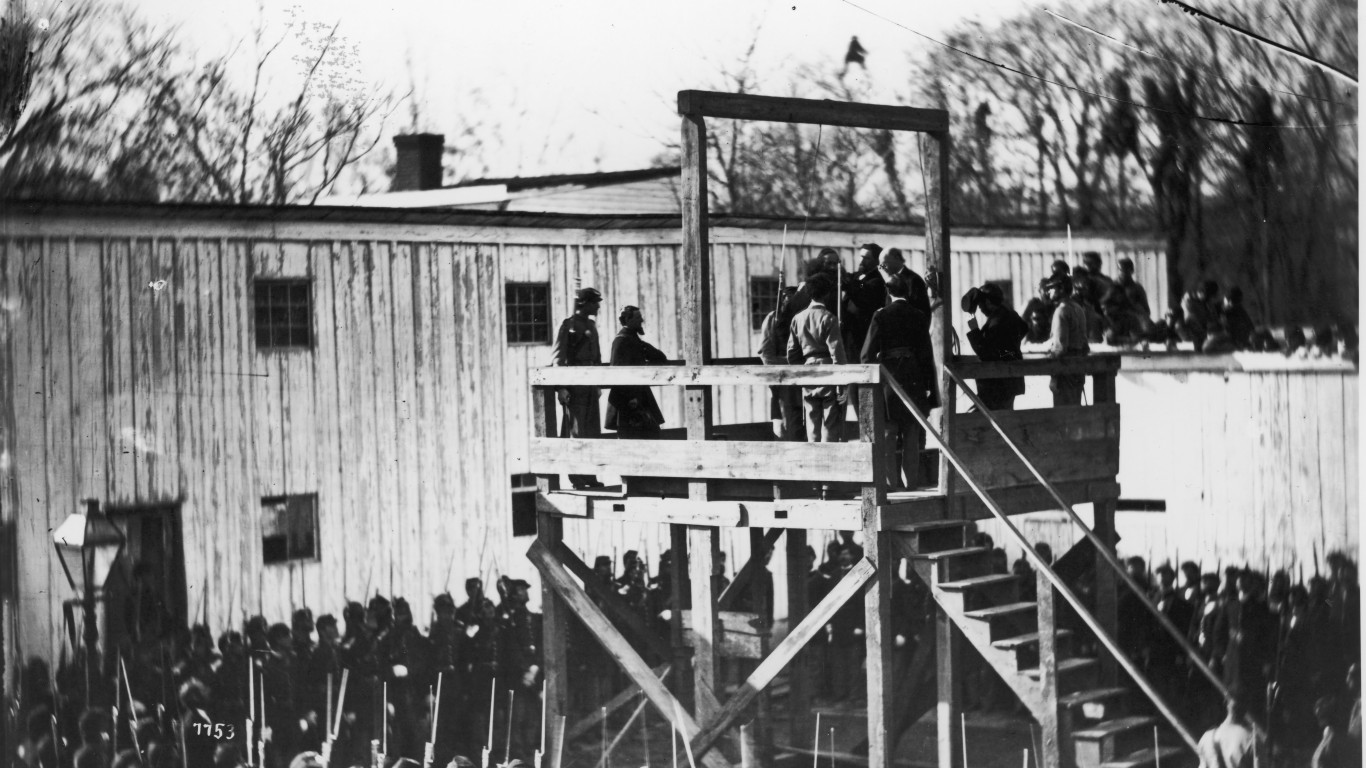 1865: The execution of a Confederate war criminal

The notorious Andersonville Prison, officially called Camp Sumter, was a Confederate prisoner-of-war facility in Georgia. As many as 45,000 captured Union soldiers were incarcerated there in 1864 and ’65 — about four times its capacity. Conditions were horrible. Food and water were insufficient and disease was rampant among the prisoners. Almost 13,000 of them died. After the war, the commandant of the camp, Captain Henry Wirz, was tried and convicted for war crimes for allowing the mistreatment. This photograph shows him being hanged in Washington D.C. on Nov. 10, 1865. 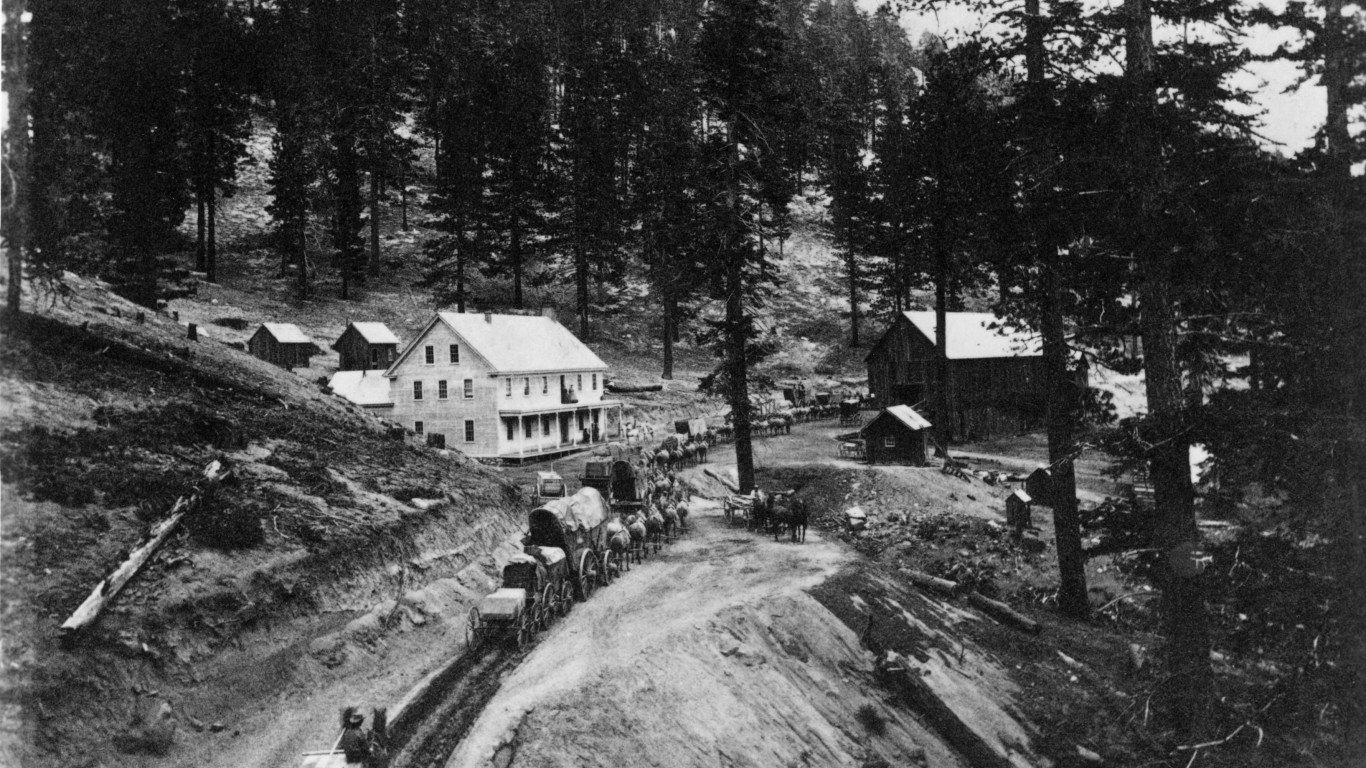 In this image, wagons carrying supplies to the Comstock Lode, a silver strike in Virginia City, Nev., approach Swift’s Station on the Carson and Lake Bigler Road in the Sierra Nevadas near the eastern shore of Lake Tahoe, a body of water that straddles the Nevada-California border. Swift’s was an inn where teamsters stopped near the crest of the mountain.