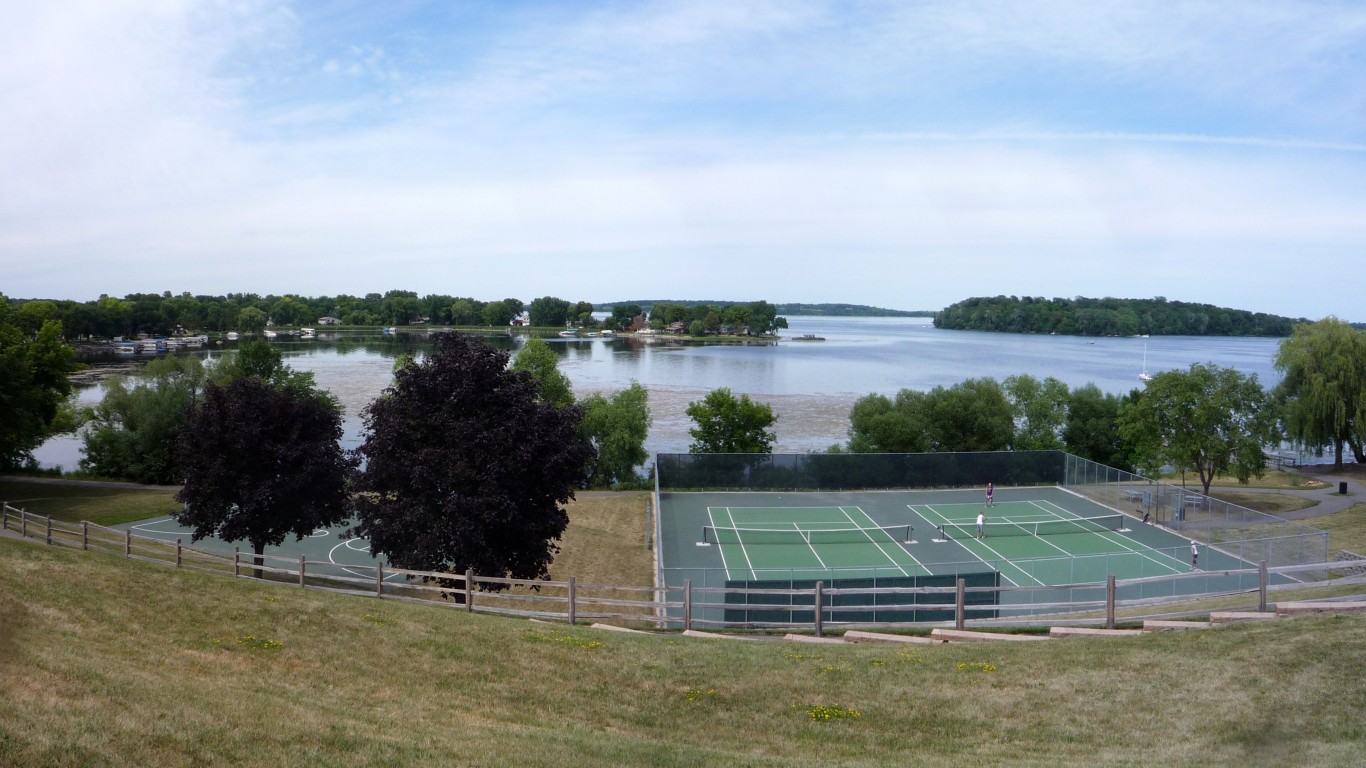 Carver County, Minnesota, is a county of just over 100,000 people located within commuting distance of Minneapolis. No county in the state has a lower poverty rate than Carver County, which, at 4.1%, is less than one-third of the comparable 13.4% national poverty rate.

The area’s low poverty is partially due to both the relatively high local bachelor’s degree attainment rate and the widespread availability of jobs. Incomes tend to rise with educational attainment, and an estimated 48.9% of adults in Carver County have a bachelor’s degree or higher compared to just 32.1% of all American adults. Additionally, just 4.1% of the county’s labor force were unemployed in January 2021, compared to the national unemployment rate of 6.8% the same month. 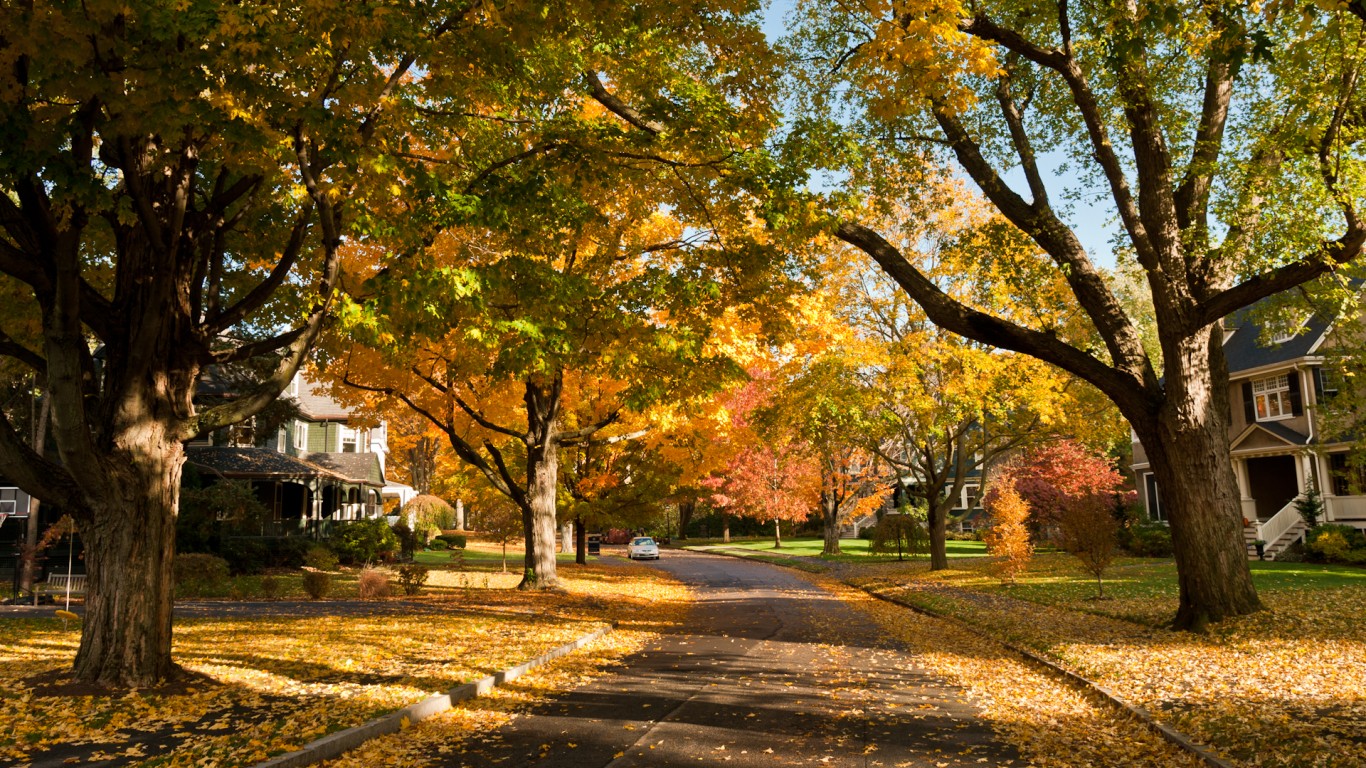 Middlesex County, Massachusetts, covers areas north and west of Boston, including Cambridge, Somerville, and Newton. The county is home to a high concentration of colleges and universities, Harvard and MIT among them, and as is common in college towns, Middlesex County has a highly educated population. Of all 25 and older residents, 56.3% have a bachelor’s degree or higher, the largest share of any county in Massachusetts and one of the highest nationwide.

Both in terms of behaviors and outcomes, Middlesex County has a relatively healthy population. Adults in the area are far less likely to smoke or be obese, and more likely to exercise regularly, than the typical American adult. Additionally, life expectancy at birth in the county is 82.2 years, three years longer than the national average.

24/7 Wall St.
States Where Incomes Have Gone Up the Most 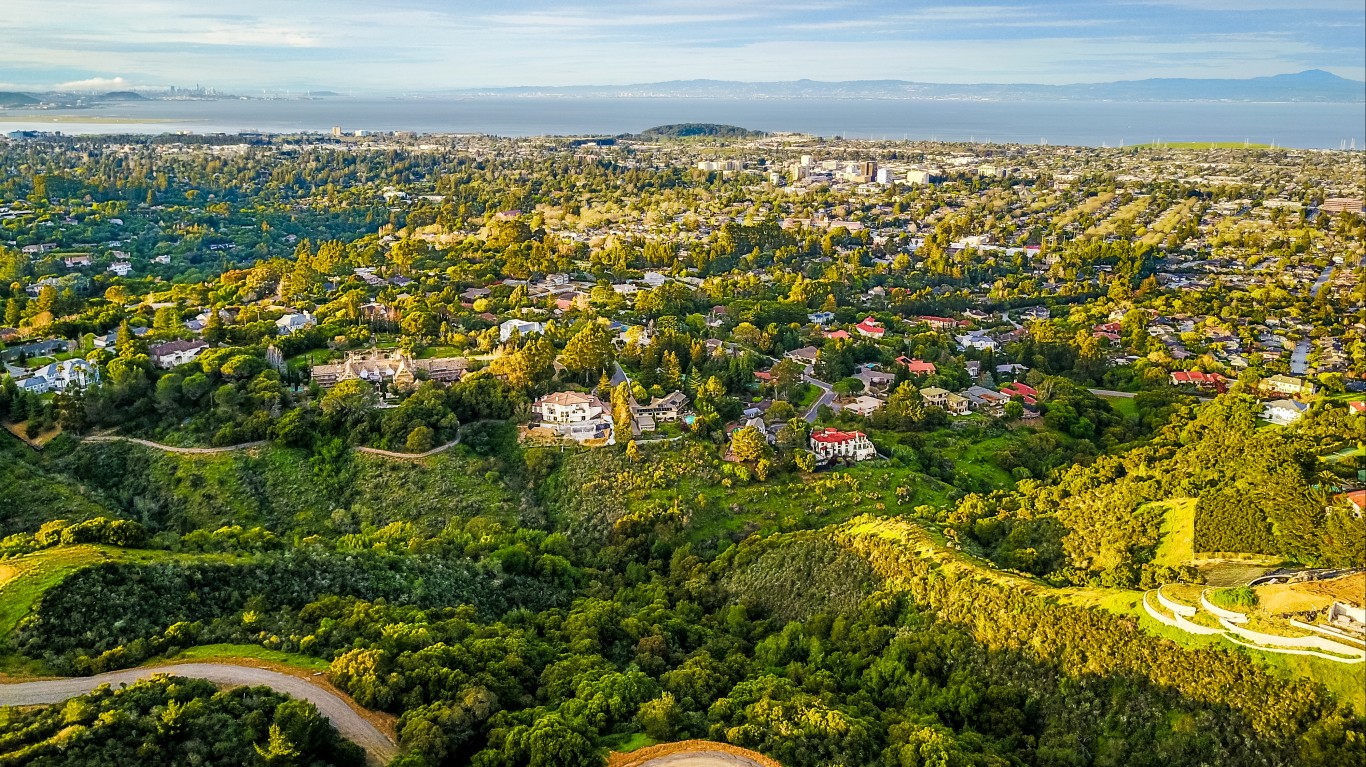 San Mateo County, California, covers parts of the Silicon Valley area just south of San Francisco. The area is known for its high concentration of high-paying jobs in tech, and, not surprisingly, ranks among the wealthiest places in the country. With a historically strong job market, and one that has weathered the COVID-19 pandemic better than most, the typical household in the county earns $122,641 a year, nearly double the national median. Additionally, only 6.7% of local residents live below the poverty line, well below the 13.4% national poverty rate.

Health outcomes are closely tied to income, and not only is San Mateo one of the wealthiest U.S. counties, it is also one of the healthiest. Life expectancy at birth is nearly 85 years in the county, about six years longer than the U.S. average. 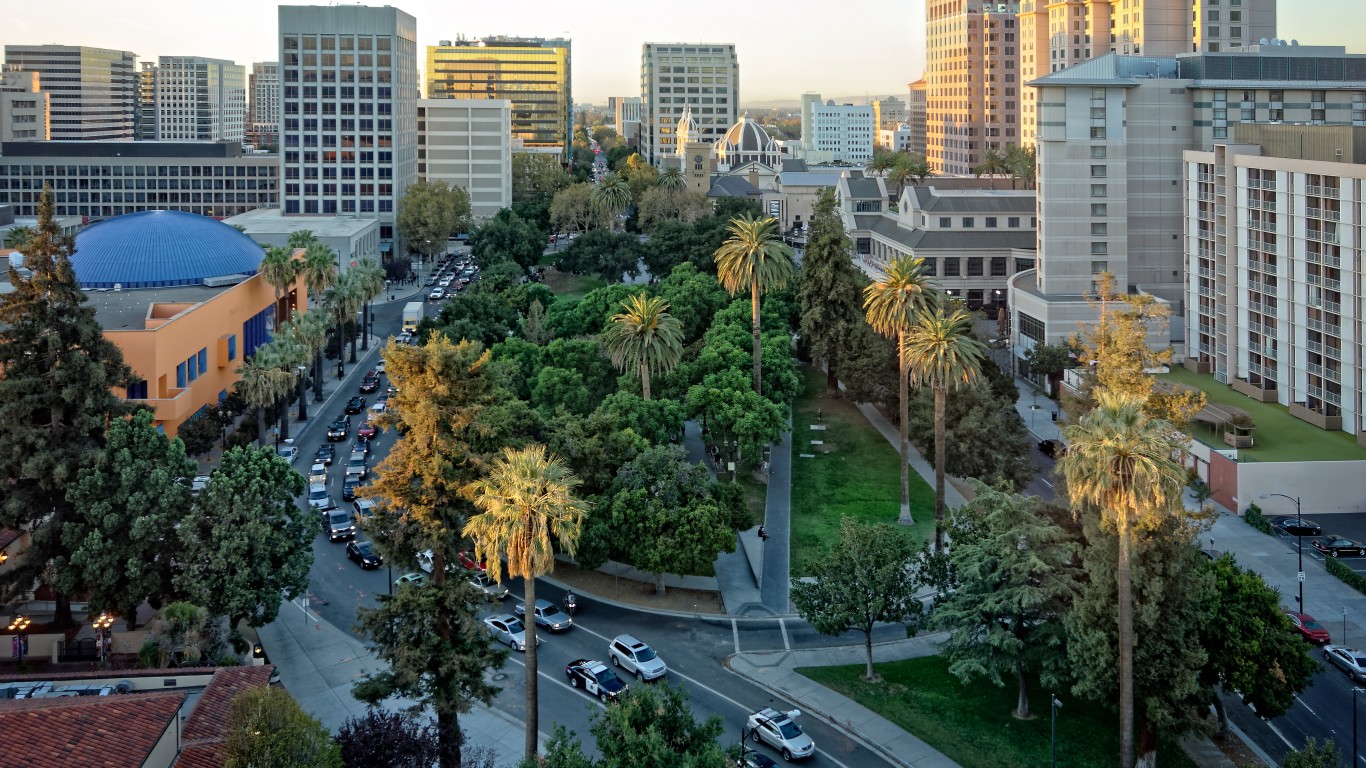 Like San Mateo County, its neighbor to the north, Santa Clara County, California, is one of the best places to live in the United States. Located in the Silicon Valley area, county residents have access to a high concentration of well-paying jobs in the tech industry. Most area households earn over $124,000 a year, more than in all but three other U.S. counties, and as of January 2021, only 5.7% of the labor force were unemployed, more than a full percentage point below the comparable national unemployment rate.

Incomes tend to rise with educational attainment, and in Santa Clara County, 52.4% of adults have a bachelor’s degree or higher. Nationwide, only 32.1% of adults do. 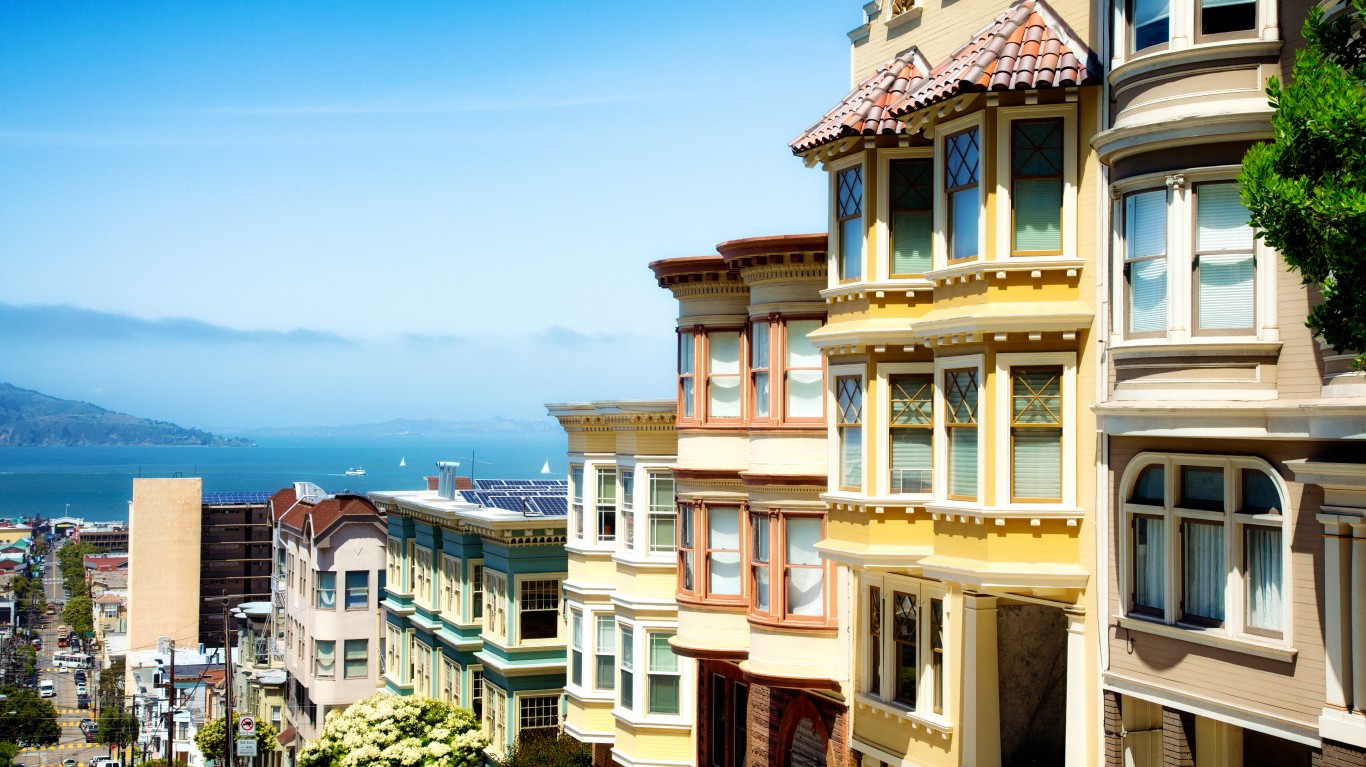 San Francisco County, California, has one of the healthiest and best educated populations in the United States. Life expectancy at birth in the county is 83.8 years, nearly five years more than the national average. Across broad populations, health outcomes tend to improve with educational attainment. In San Francisco County, 58.1% of the 25 and older population have a bachelor’s degree or higher, a larger share than nearly every other county in the state and among the top 20 counties in the whole country.

At $112,449, the median household income in the county is well above the national median of $62,843, and county residents are also less likely to live in poverty than the typical American.