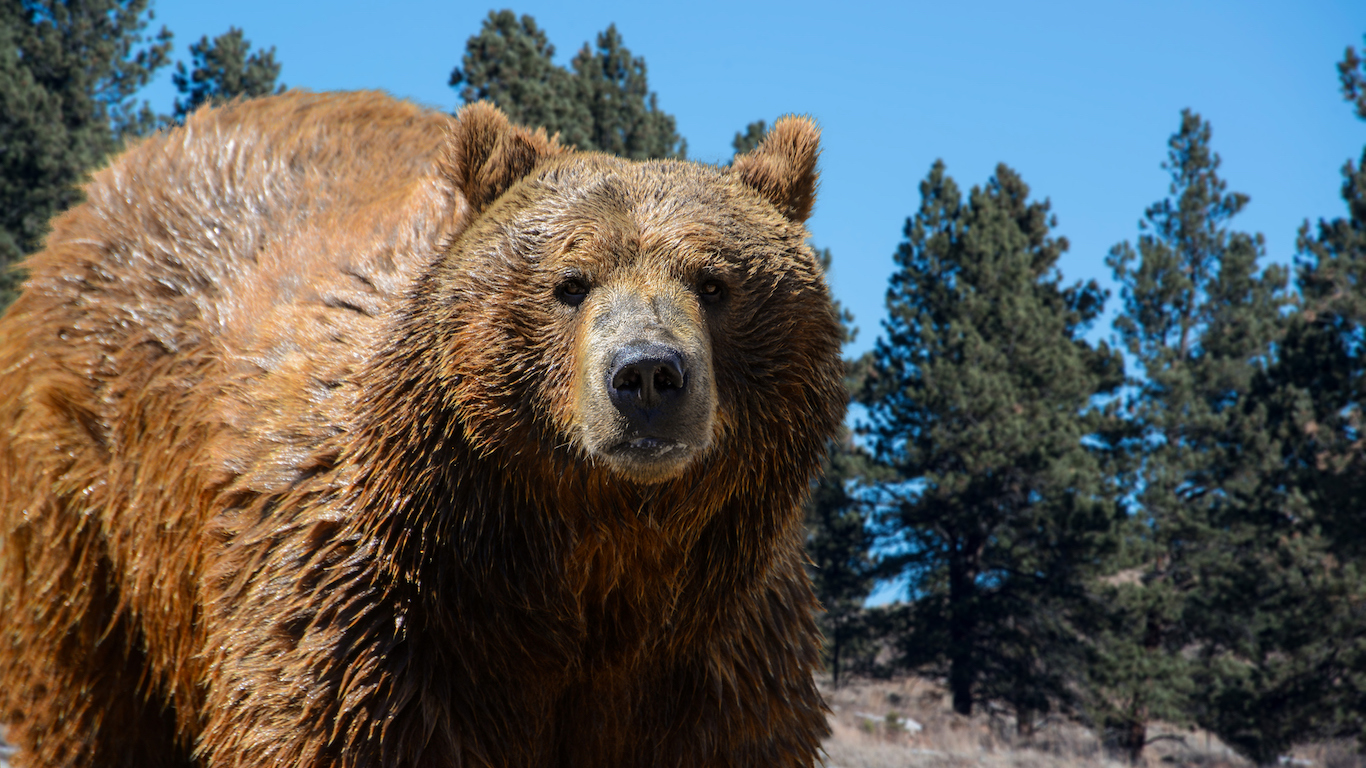 The grizzly is the largest carnivore in America and can weigh up to 1,500 pounds. It became the official state animal of Montana in 1983, having beaten out 73 other animals in elections run by schoolchildren. In 2017, the United States Fish & Wildlife Service removed the population of grizzly bears in Yellowstone National Park, which extends from Wyoming into Montana, from the threatened species list. 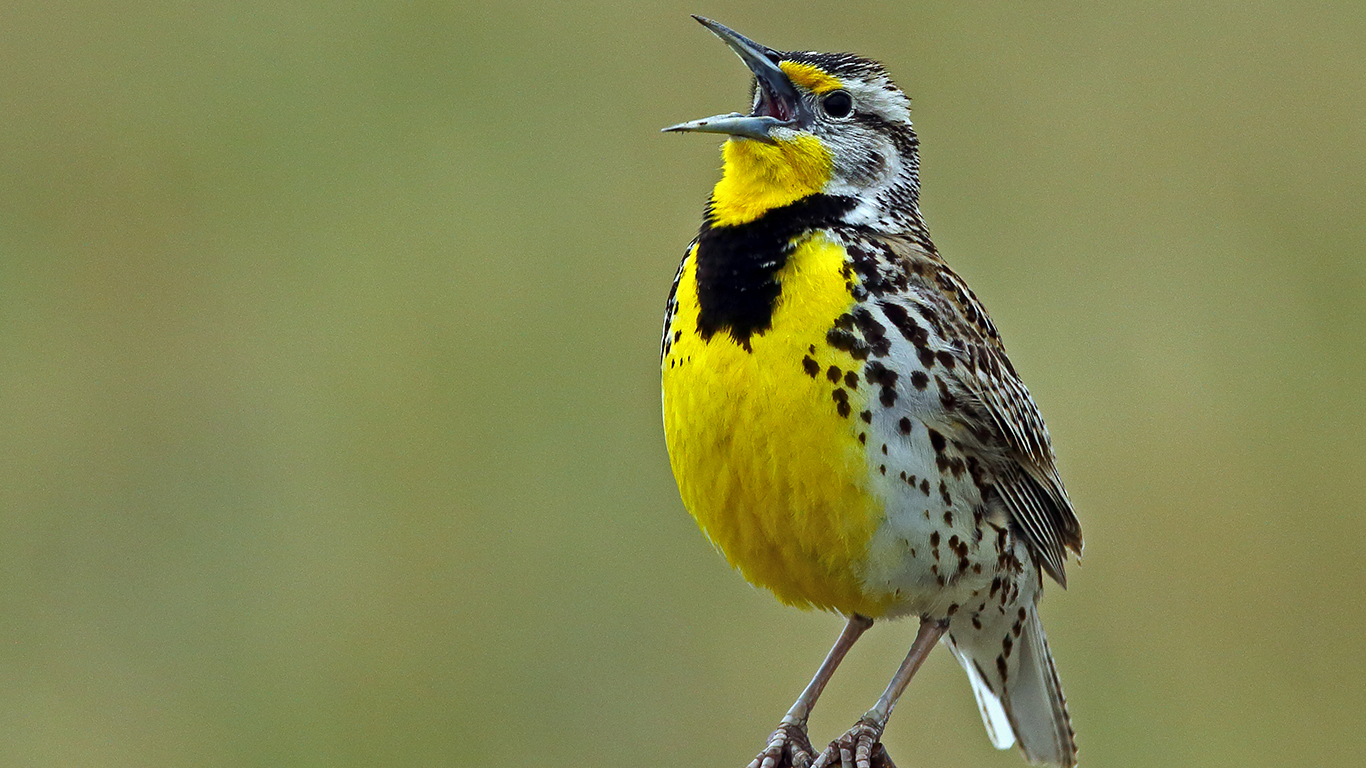 The western meadowlark was designated the official state bird of Nebraska in 1929. It is in the same family as the yellow-headed blackbird and is about the same size as a robin. It has a yellow throat and breast with a characteristic black “V.” 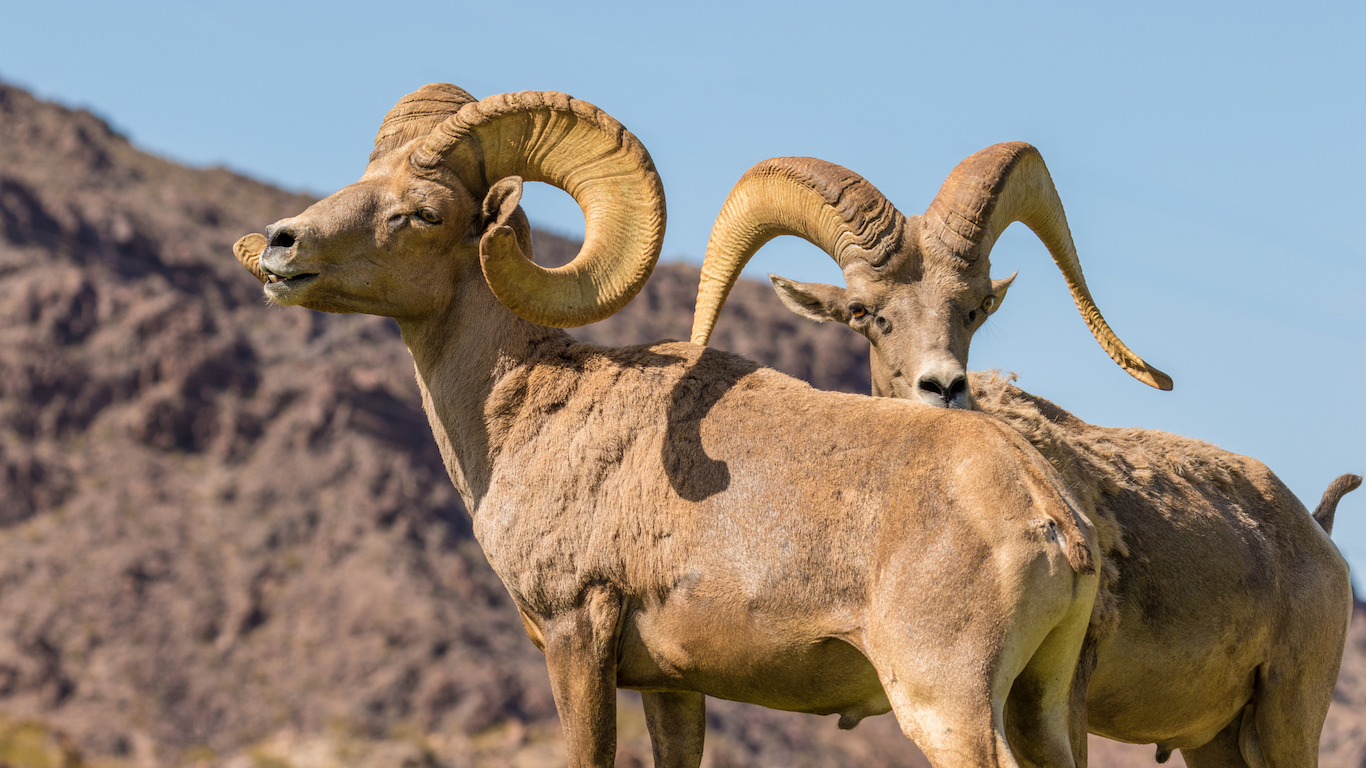 The desert bighorn sheep has been the official state animal of Nevada since 1973. As its name suggests, the desert bighorn sheep is distinguished by its large horns, which grow throughout its life. Both males and females have horns, although the males’ are bigger and more curved. They are well adapted to the desert environment and can go for long periods without water, but they are nevertheless an endangered species. 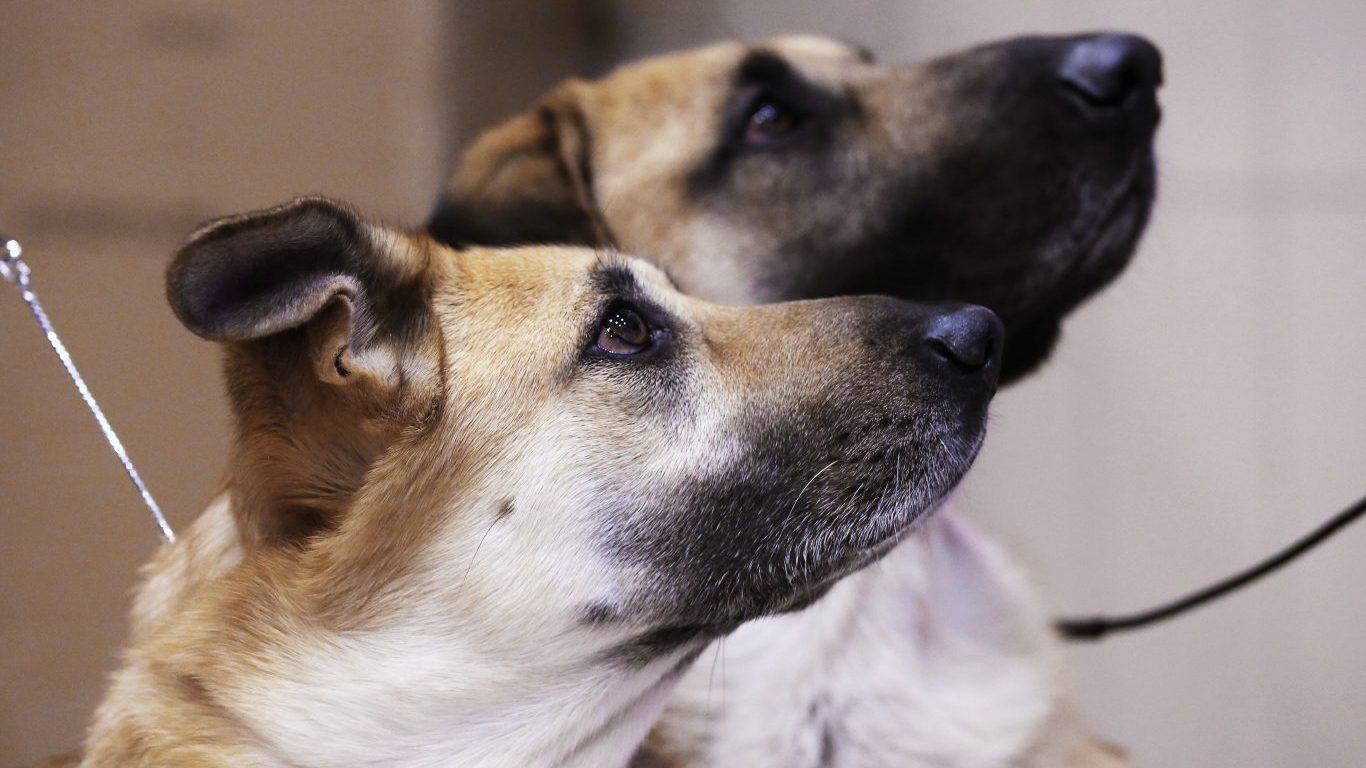 The Chinook is the only dog breed that originated in New Hampshire. It became the official state dog in 2009. The Chinook was developed by Arthur Walden, a New Hampshire native who spent time in Alaska during the Klondike Gold Rush and wanted to breed his own line of sled dogs. A scarce breed, the Chinook is also a great family pet as well as an able working dog. 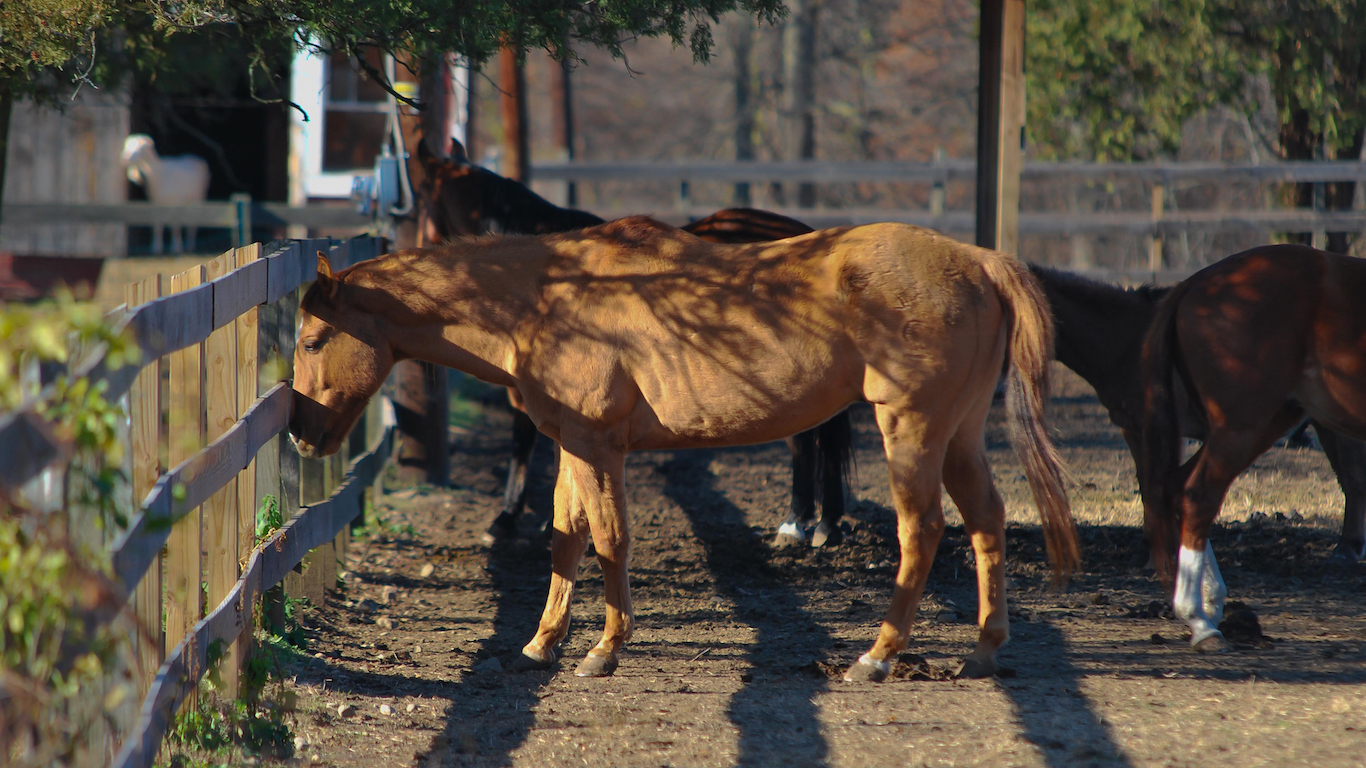 The horse has been the official animal of New Jersey since 1977. The state’s association with horses goes back a lot farther than that, however. The state seal, which was designed in 1777, features a horse’s head. New Jersey is home to numerous horse farms as well as the United States Equestrian Team Foundation.