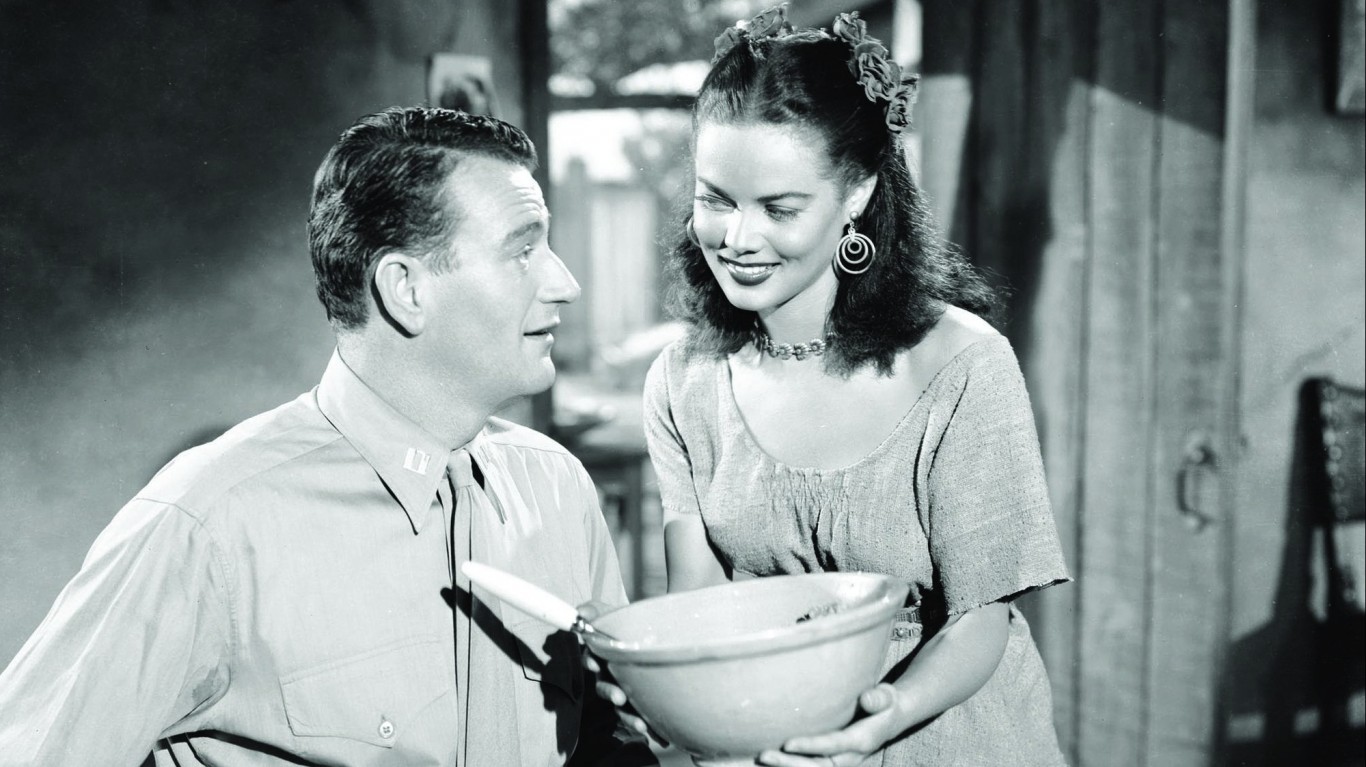 “Without Reservation” marks a significant departure for John Wayne — even though he is again playing an enlisted man — as the film is a romantic comedy. This time, Wayne portrays Captain ‘Rusty’ Thomas, who meets famous author Kit Masterson (Claudette Colbert). Masterson is smitten with Thomas and thinks he could be a suitable star for the film version of her latest novel. The only problem is that Thomas detests the book, but does not recognize its author. Masterson tries to conceal her identity while staying close to Thomas. 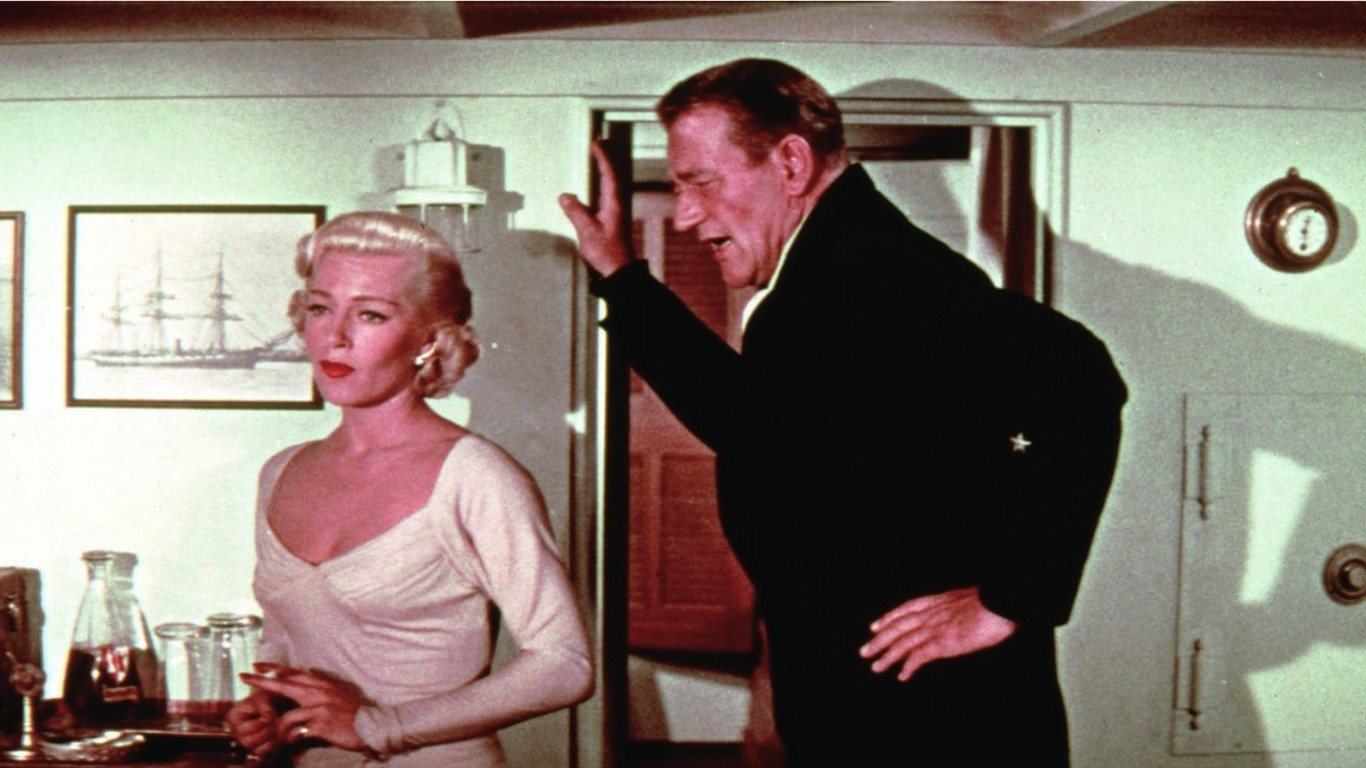 “The Sea Chase” follows a German captain of a freighter, who is an opponent of Nazi ideology at the beginning of Worl War II. He must return from Australia to Germany and help a German spy in the process while evading Allied warships. Only 53% of audiences liked the war movie. Some critics were confused why Wayne was cast to play a German sea captain.

24/7 Wall St.
These Are the Best War Movies Ever 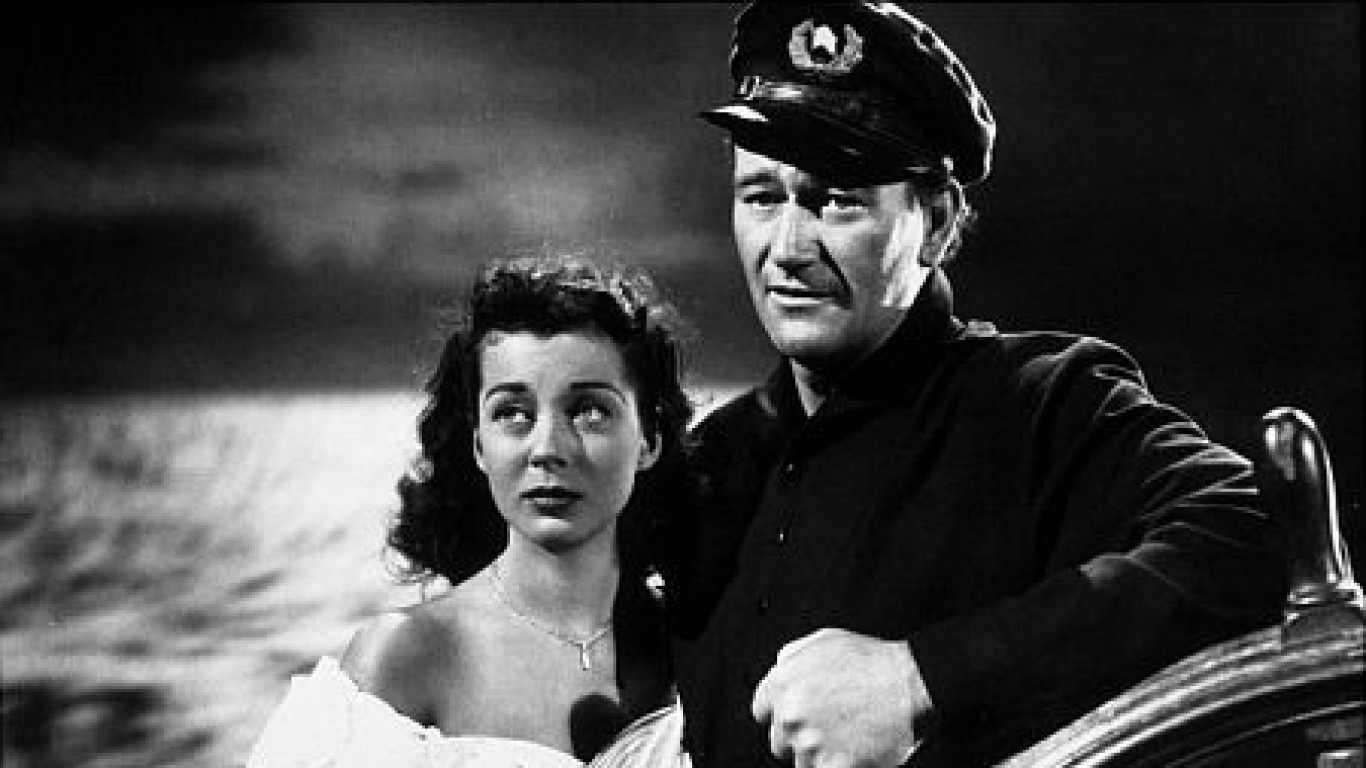 “Wake of the Red Witch” is a classic seafaring tale. Wayne plays 1860s ship captain Ralls, who goes on adventures in search of sunken treasure, avoiding hostile natives and gigantic sea beasts. While working on behalf of a Dutch shipping baron, Ralls sabotages another captain who years ago took the woman he loved. All parties eventually wind up shipwrecked on the same island, leading to a complicated situation. 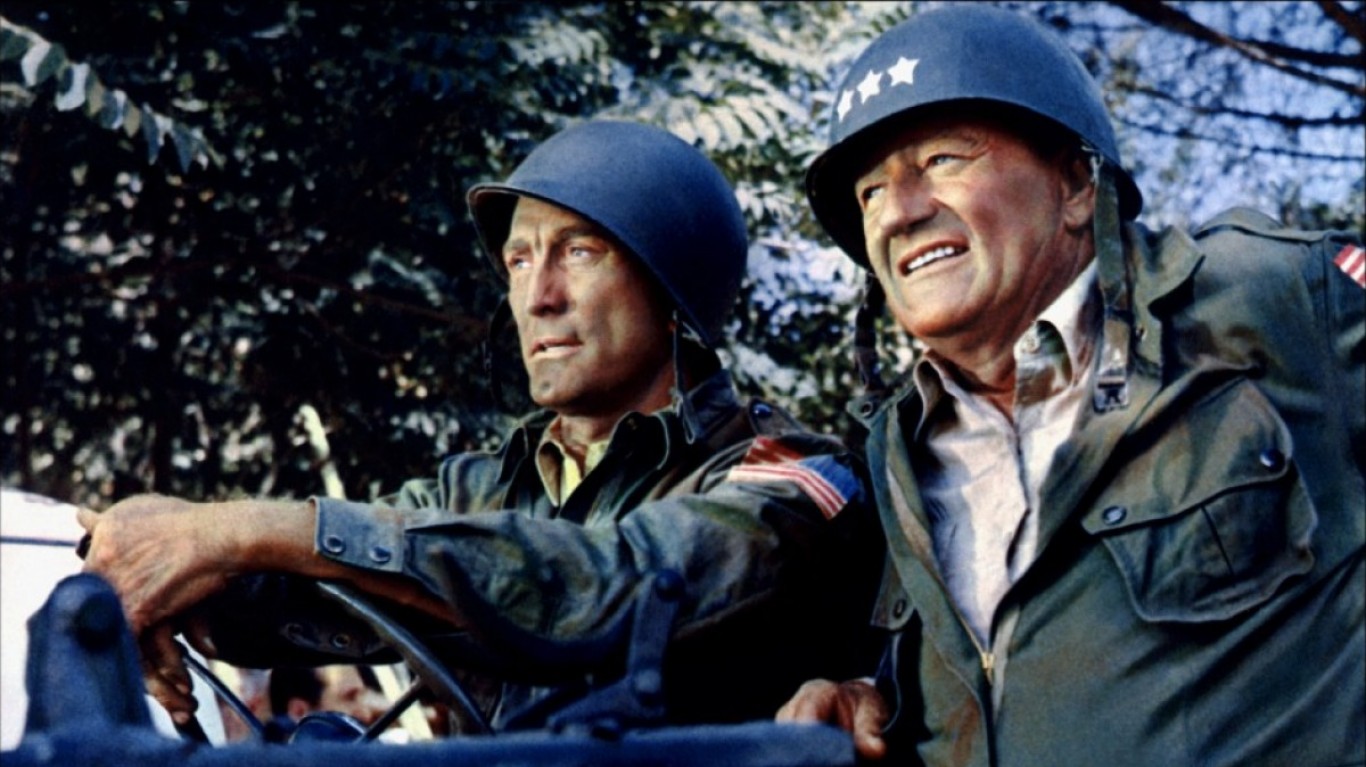 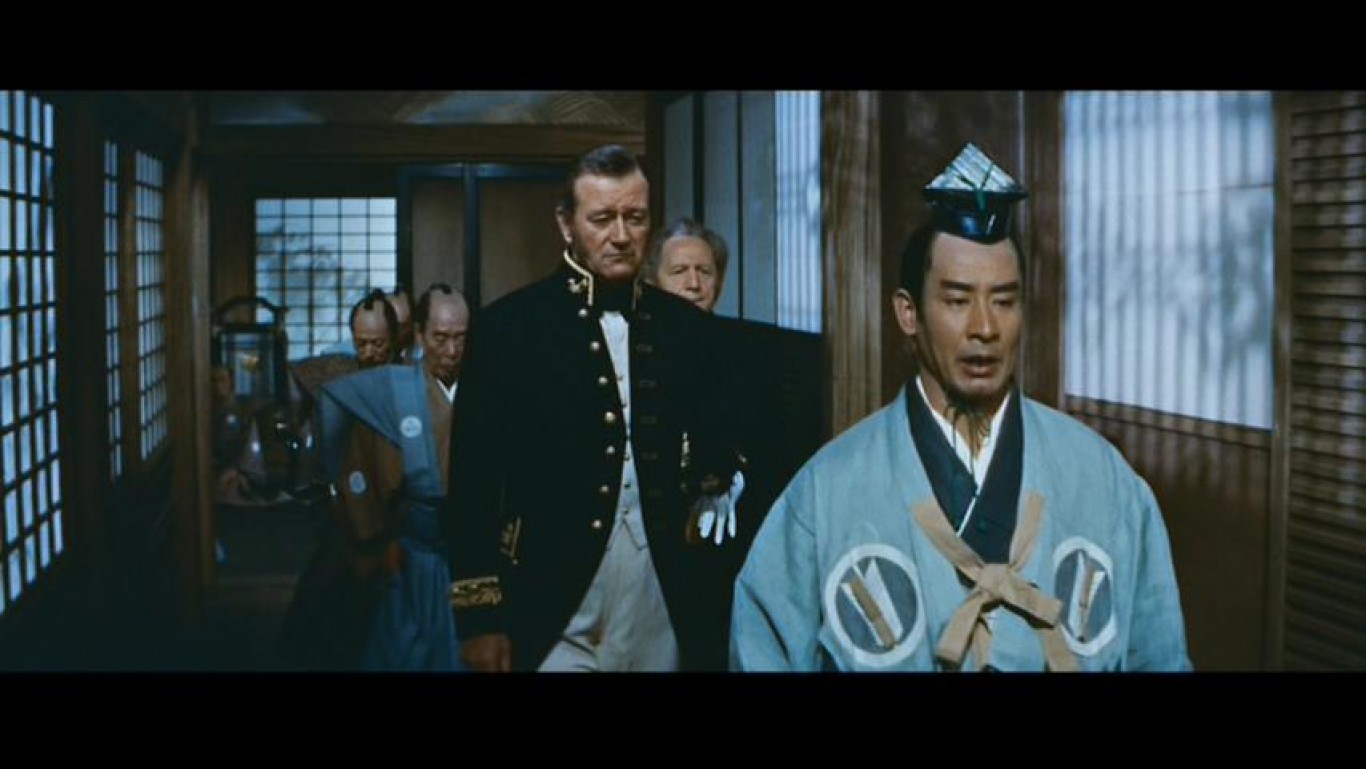 In “The Barbarian and the Geisha,” Wayne sheds his trademark macho exterior. In this film, he plays Townsend Harris, a recently-appointed U.S. Consul General to Japan in the mid-19th century. The Japanese government and citizens are initially wary of Western influence, but with the help of a local Geisha (Eiko Ando), Harris begins to overcome the cultural differences.