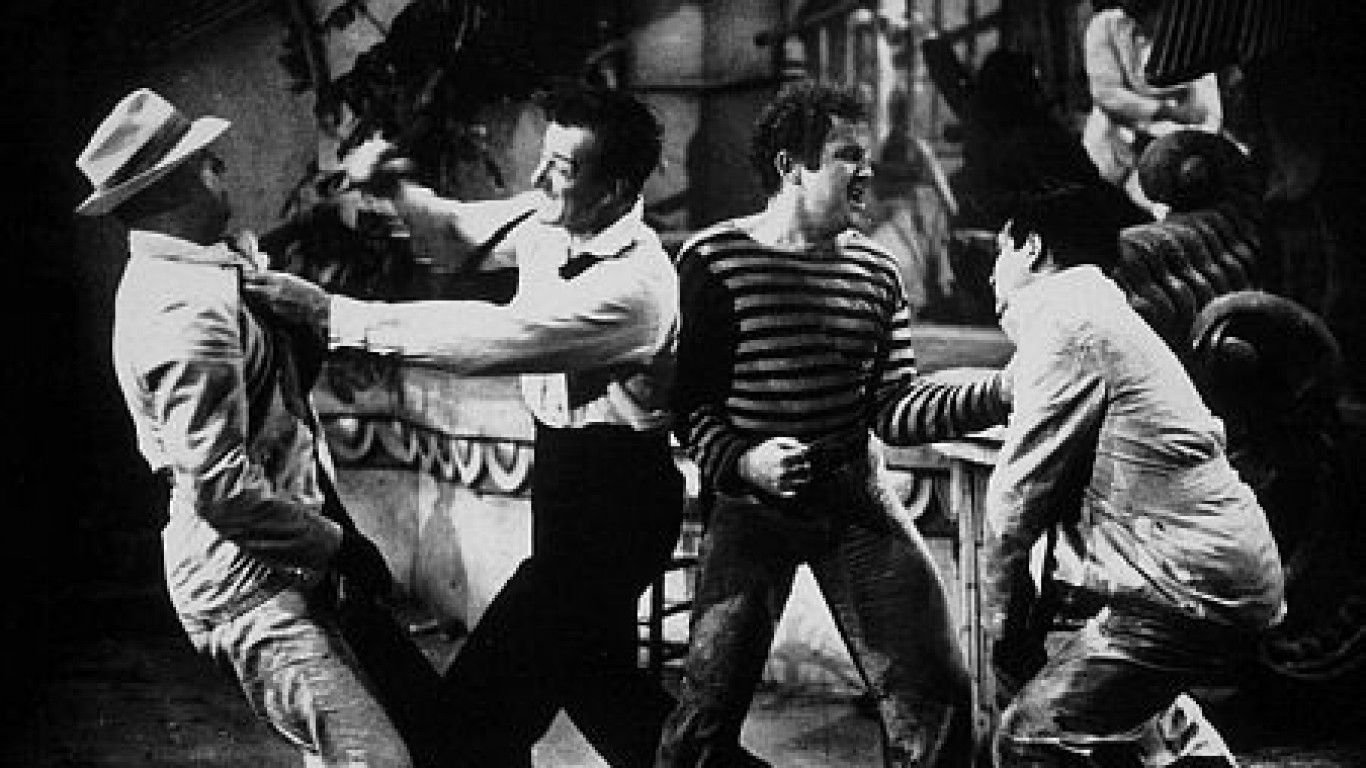 “Seven Sinners” centers on sultry saloon singer Bijou (Marlene Dietrich), who bounces around various U.S. protectorates in the Pacific because of her penchant for stirring up trouble among patrons. In the film, John Wayne plays Lt. Dan Brent, a member of the Navy and one of Bijou’s several suitors. 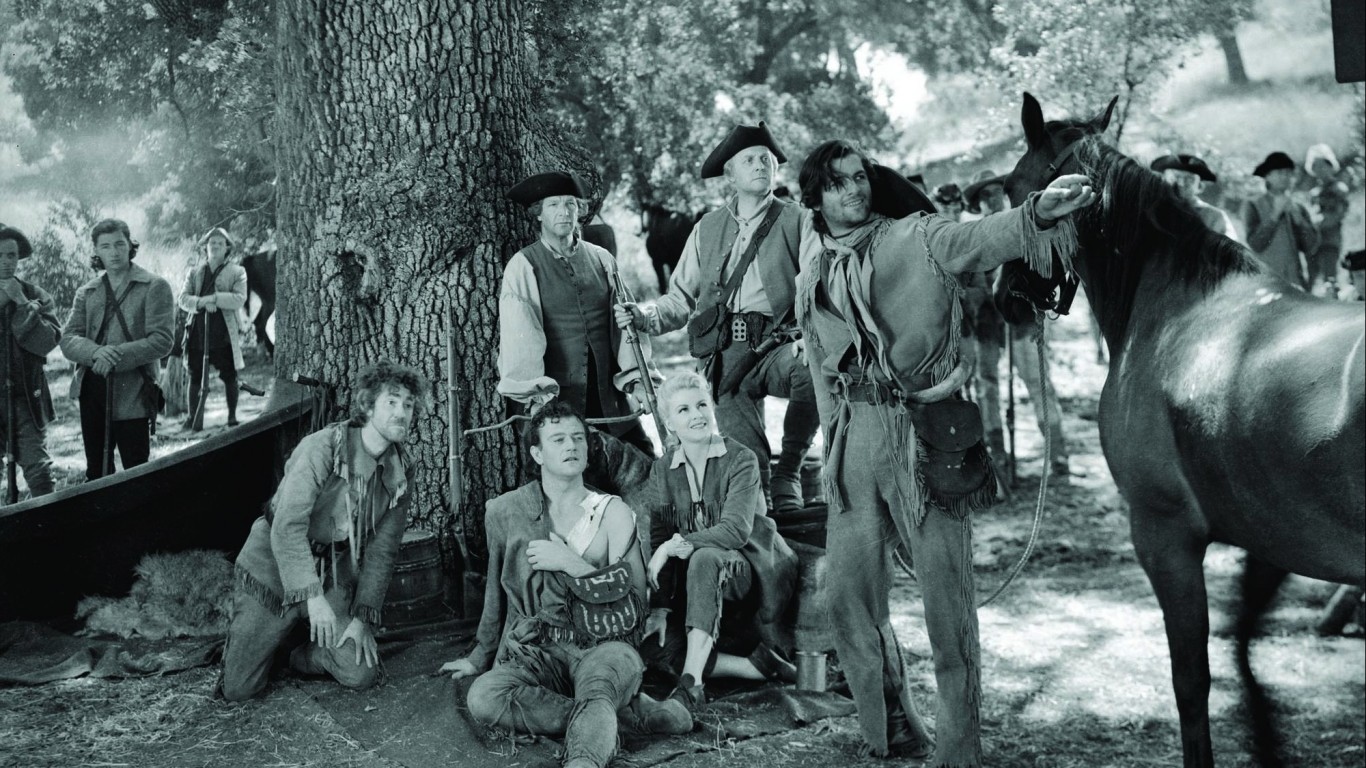 “Allegheny Uprising” is set in Colonial America. Wayne plays a local settler who is framed for murder after he suspects a corrput trader of supplying Native Americans with weapons. The movie is the second film released in 1939 in which Wayne starred alongside Claire Trevor. The other movie is the much more popular “Stagecoach.”

ALSO READ: These Are the 55 Best Movies Ever Made 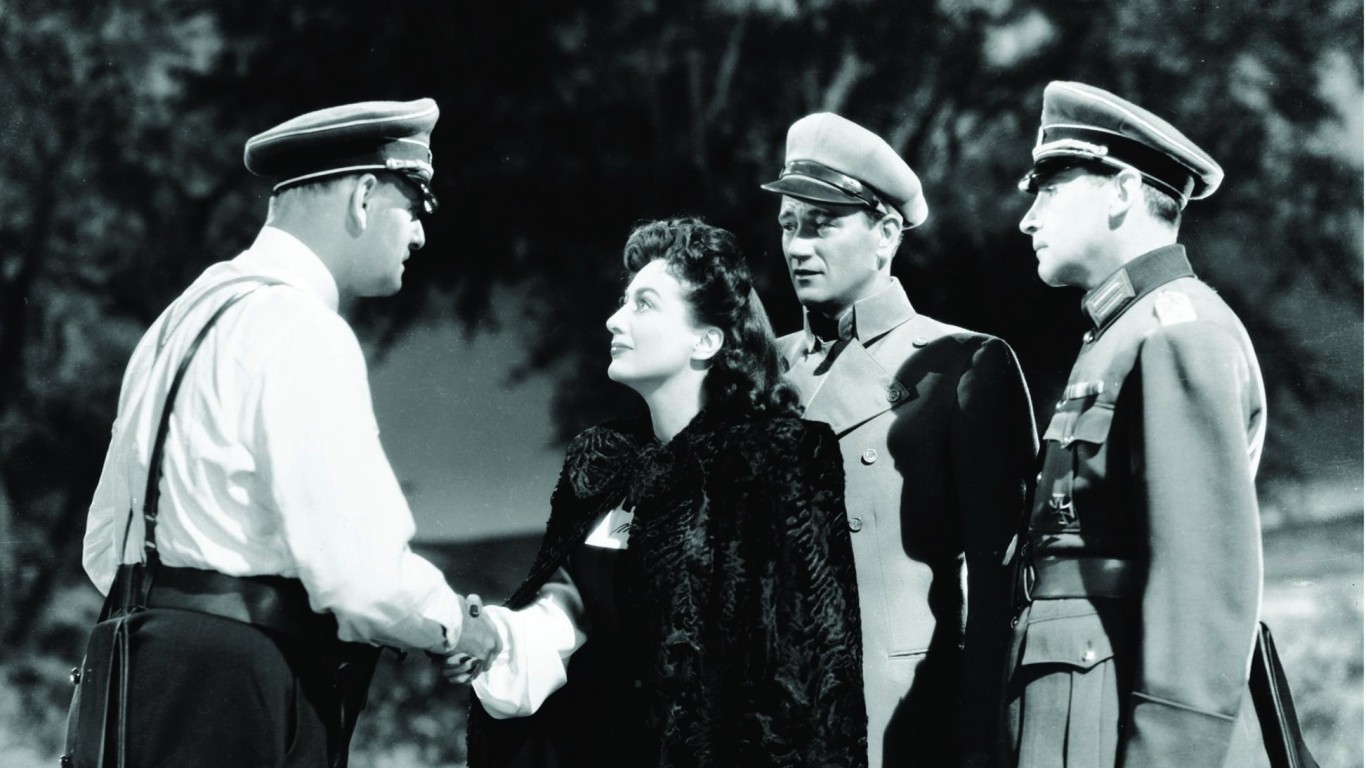 “Reunion in France” is one of an astonishing seven films starring Wayne released in 1942. In the film, Wayne plays an American pilot who was shot down near German-occupied Paris. He enlists the help of the wealthy Michele de la Becque (Joan Crawford) to hide him from the Nazis and her Nazi-sympathizing fiancé. 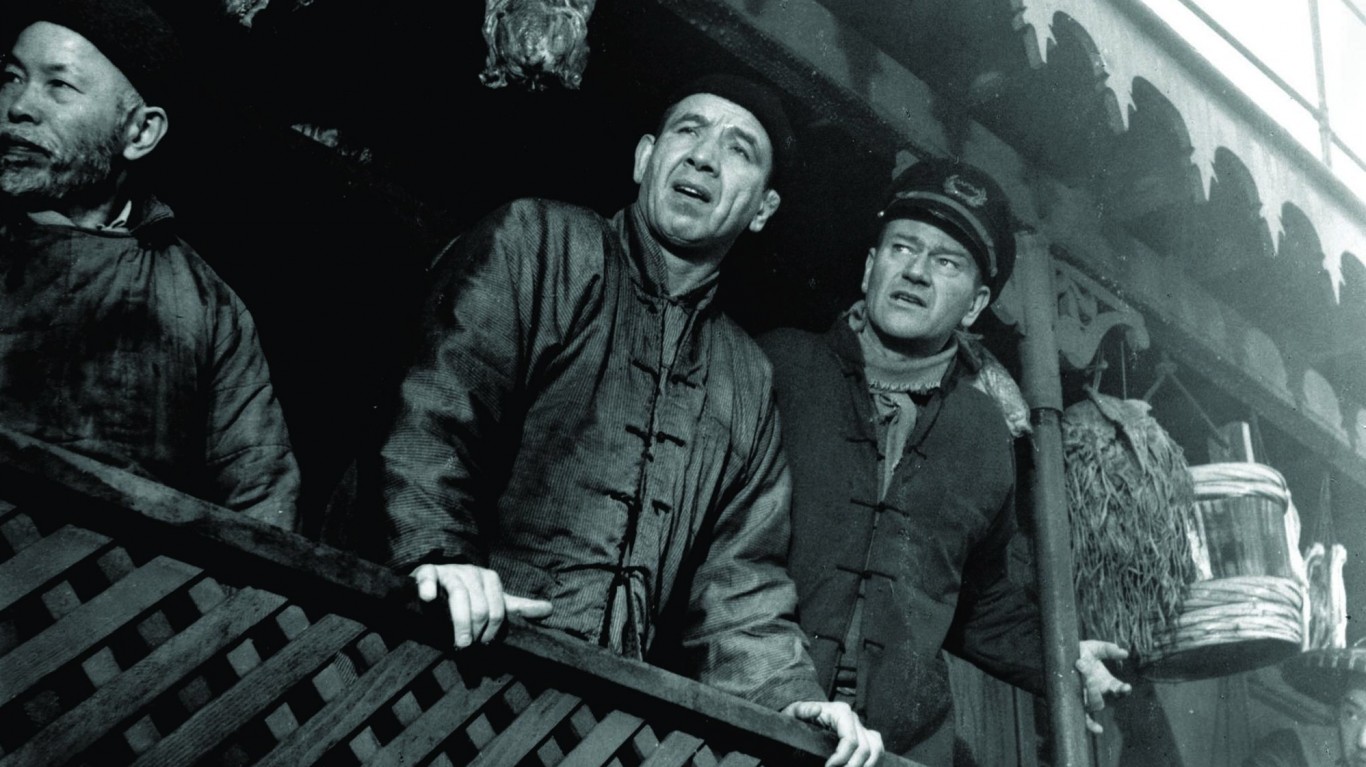 “Blood Alley” is another one of John Wayne’s overseas adventures. In the 1955 film, he plays Capt. Tom Wilder, a merchant working in China. Wilder’s ship is seized by Chinese communists and he is thrown in prison. Later, nearby villagers help break him out so he can sail them all to Hong Kong. 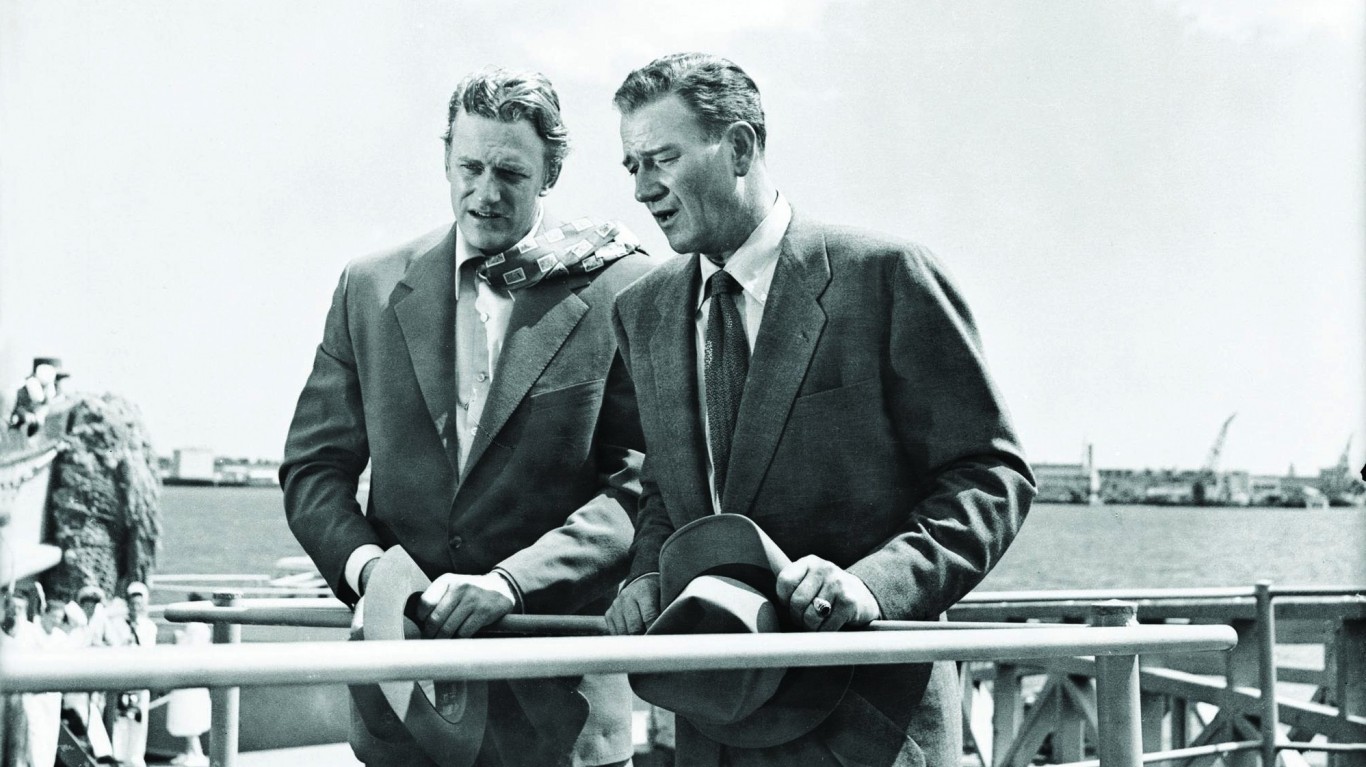 Wayne’s 1952 film “Big Jim McLain” is a relic of the Cold War. In it, Wayne plays the titular McLain, an investigator for the House Un-American Activities Committee sent to Hawaii to root out communists. There, McLain and his partner are targeted by a nefarious communist party boss.