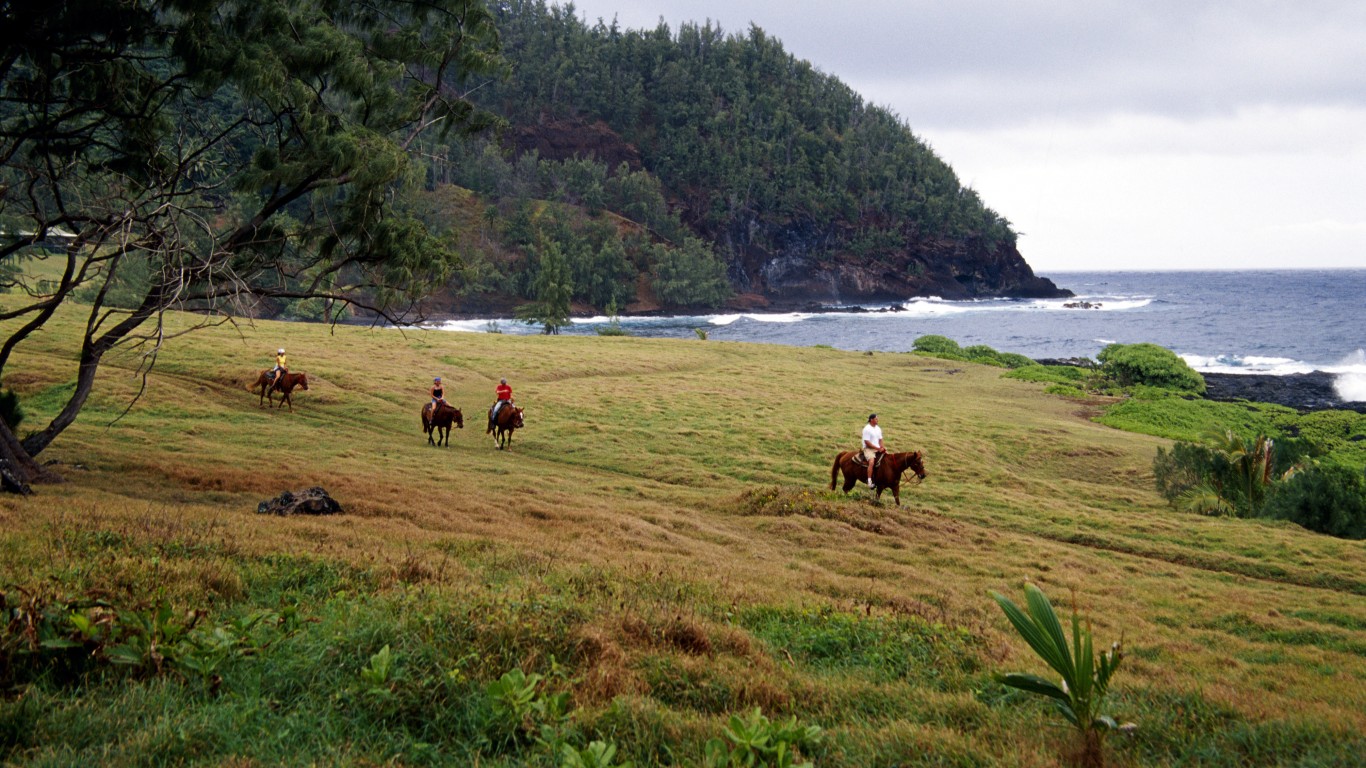 Adults 65 and older in Hawaii rank as relatively healthy due to their habits and way of life. Some 19.5% of older residents in the state report eating at least two servings of fruit every day, the highest share of any state. About 38.3% report eating at least three servings of vegetables, the 12th highest share nationwide. Eating a diet full of fresh produce and minimal processed foods can help keep excess weight off. Older adults in Hawaii are also the least likely to be obese than those in any other state. Only 17.5% of state residents 65 and older are obese, well below the comparable national rate of 29.0%.

Hawaii’s older residents are also the least likely to be depressed than their peers in any other state. About 8.8% have ever been diagnosed with depression, the lowest share of all 50 states. In addition, 6.3% of older adults in the state report experiencing frequent mental distress, the eighth lowest share in the country. 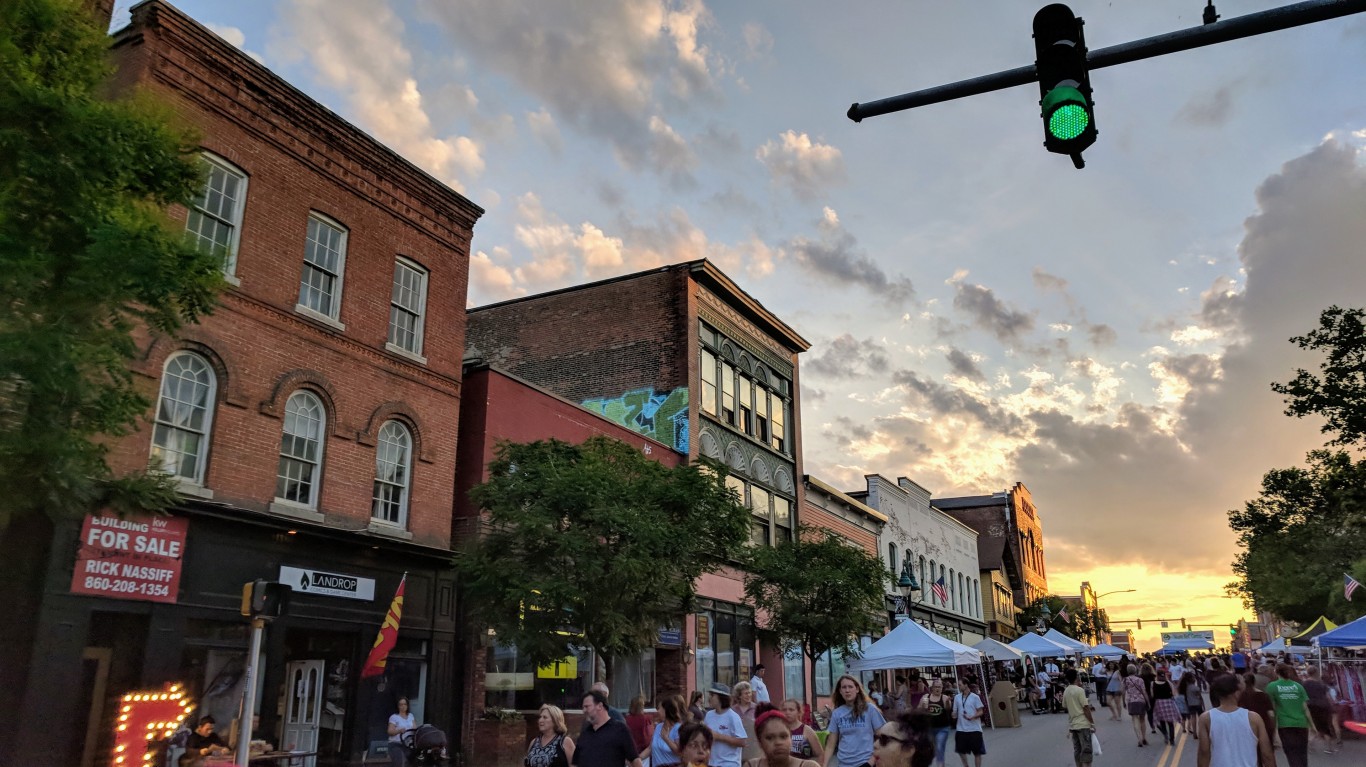 Willimantic, Connecticut (CC BY 2.0) by JJBers

Older Connecticut residents are more likely to report positive mental and physical health in comparison with most other states. Adults 65 and over report an average of 4.9 physically unhealthy days in a given month, compared to an average of 5.5 in the rest of the country. About 11.4% of state residents 65 and over report feeling frequent mental distress, the eighth lowest rate, compared to 14.4% in the country as a whole.

Income and health are often closely linked, and few states have older residents who are as financially well-off as those in Connecticut. Only 7.3% of state residents 65 and over live below the poverty line, one of the lowest poverty rates among the age group nationwide. For households 65 and older, the mean retirement income is $35,383 a year, about $5,000 more than the national average and one of the highest in the U.S. 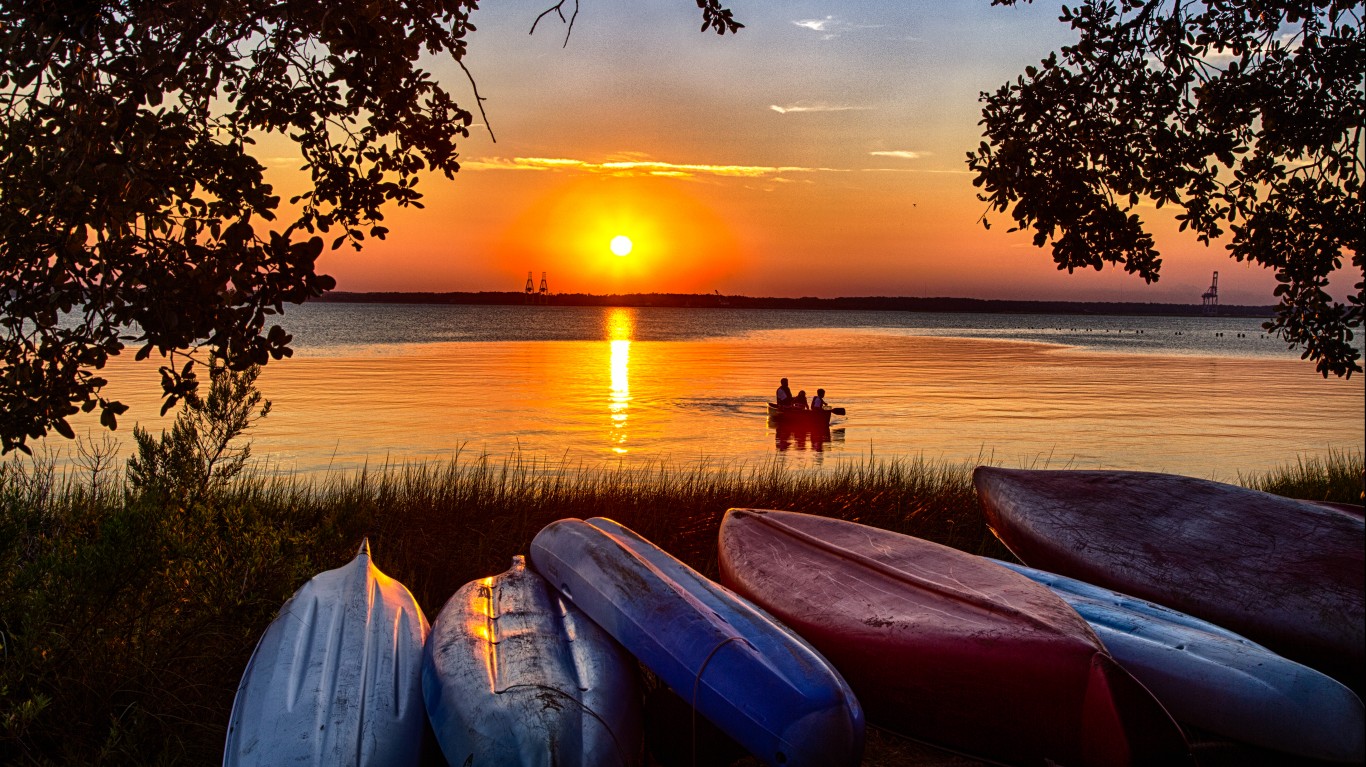 North Carolina is by far the best Southern state for a healthy retirement, ranking as the eighth best state overall. It is one of just two states in America in which more than half of older men are up to date on clinical preventive services, like disease screenings and immunizations. The state also ranks third in the share of older women who are up to date on these services, at 47.7%. North Carolina also ranks first in the country in the share of 65 and older residents who received a flu shot in the past year, at 65.6%, compared to 54.0% of all older Americans.

Retirement-age adults in North Carolina are more likely to report certain bad habits than the typical American 65 and older. The state has the sixth highest share of older adults who smoke regularly, at 11.8%, compared to 8.9% of all 65 and older Americans. The state’s older residents are also among the least likely to eat the recommended amount of fruits and vegetables in a given day. 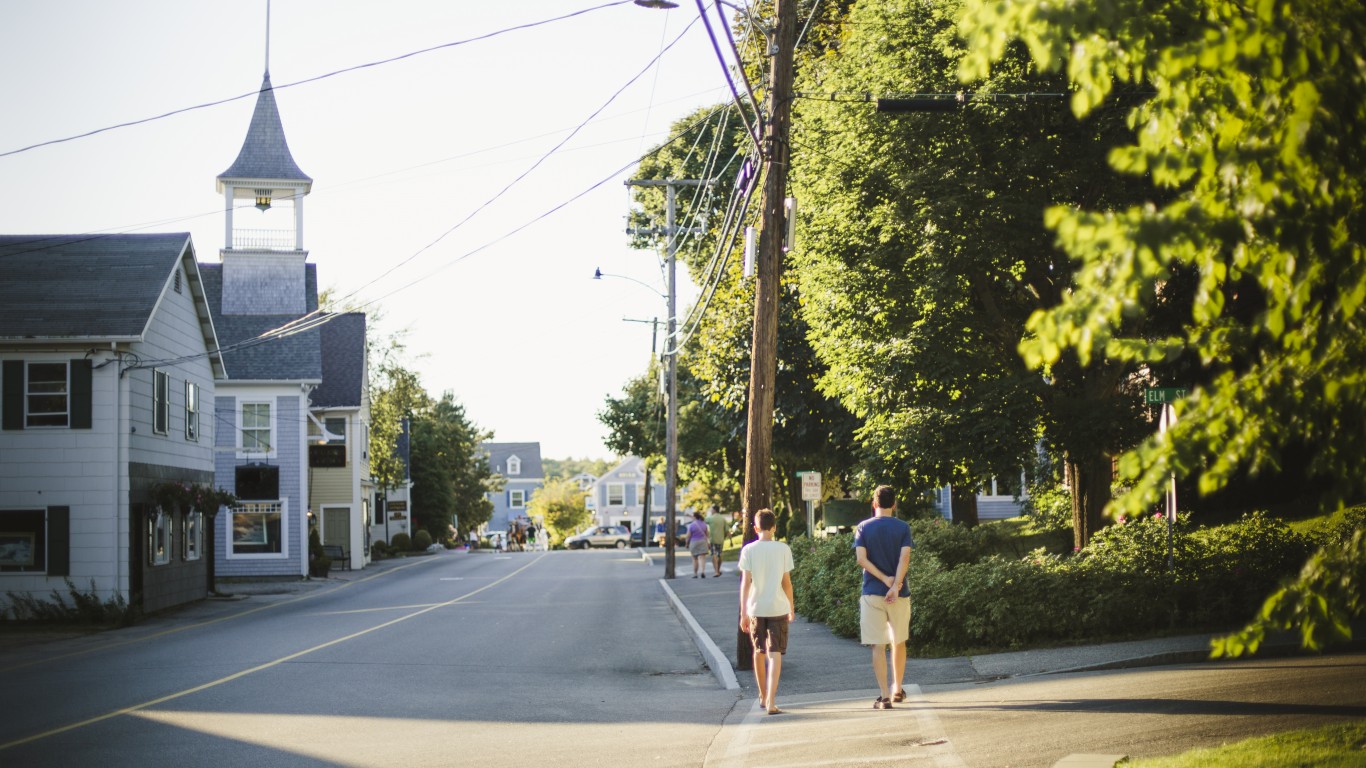 Older adults in Maine tend to have healthy diets. Relatively more residents 65 and older eat more than the recommended amount of fruit and vegetables a day than in most states. Maintaining good health at an older age typically requires regular doctor visits. Older adults in Maine may not struggle to get regular checkups as the state has the second highest concentration of primary care physicians per capita at 111 per 100,000 residents. The national rate is 75 per 100,000.

Maine’s older residents also tend to screen for cancer more frequently than in most other states. Some 77.2% of women 65 and over in Maine received a mammogram between 2016 and 2018, the eighth highest share of all states. About 80.0% of older Maine residents were screened for colorectal cancer between 2008 and 2018, the third highest share nationwide. 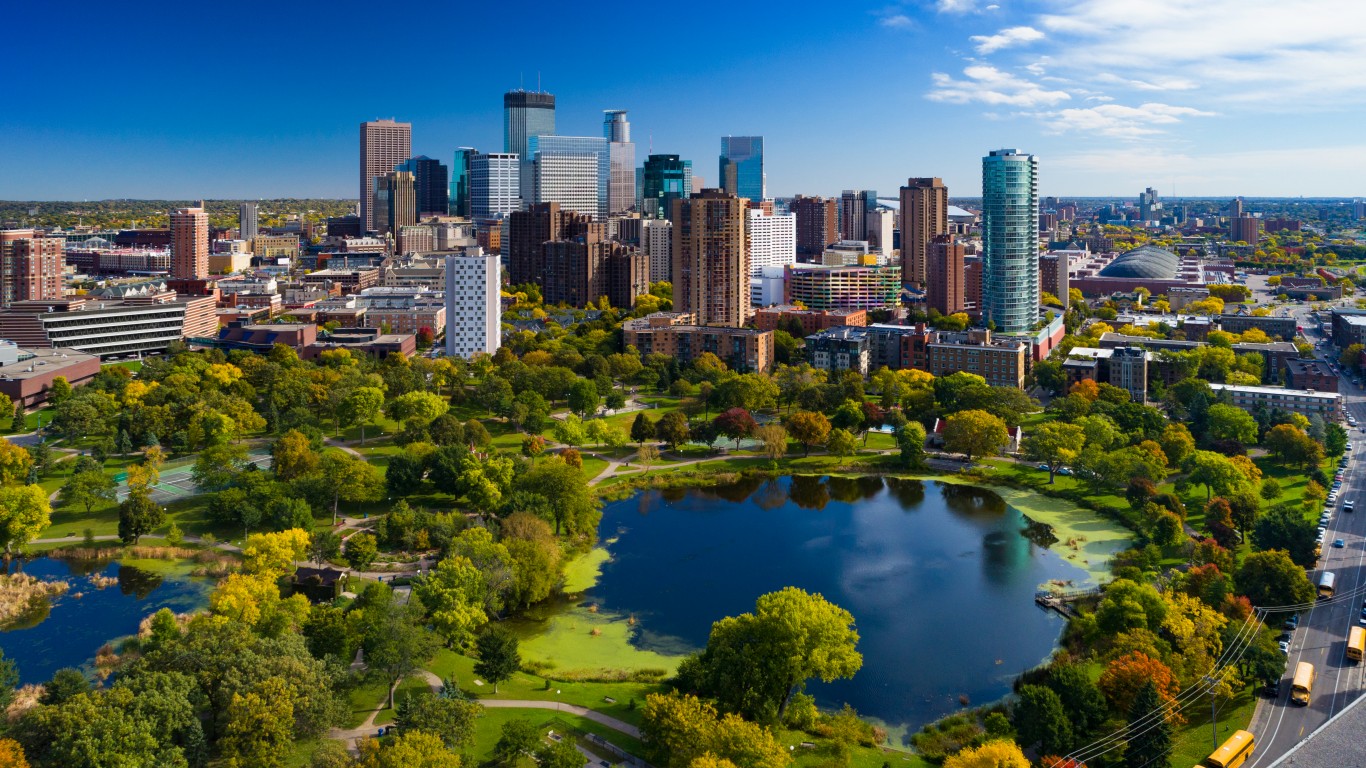 A much lower share of Minnesota residents 65 and older report frequent mental distress than in all but two other states. Just 5.1% of older adults in the state report feeling frequent mental distress, much less than the 7.9% share nationwide. Minnesota also has the fourth highest life expectancy in the U.S, which is reflective of the residents’ overall good health. The average life expectancy at birth is nearly 81 years, which exceeds the national average of 79 years.