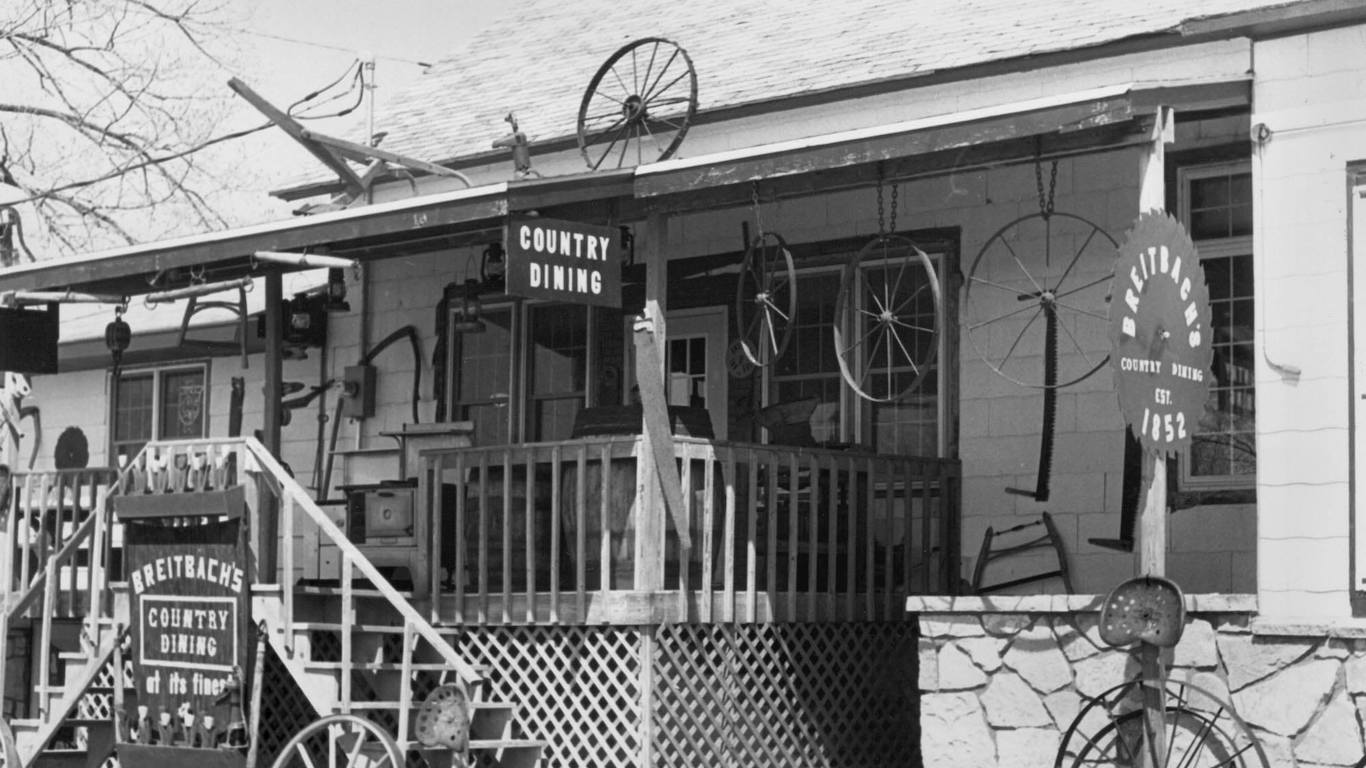 According to Breitbach’s official history, the place was opened as a stagecoach stop in 1852 “by federal permit issued from President Millard Fillmore…” Its original name is unknown, but it has been Breitbach’s since the Breitbach family bought it in 1862. Remarkably, their descendents still own it. Steaks and seafood are featured and the pies are homemade. 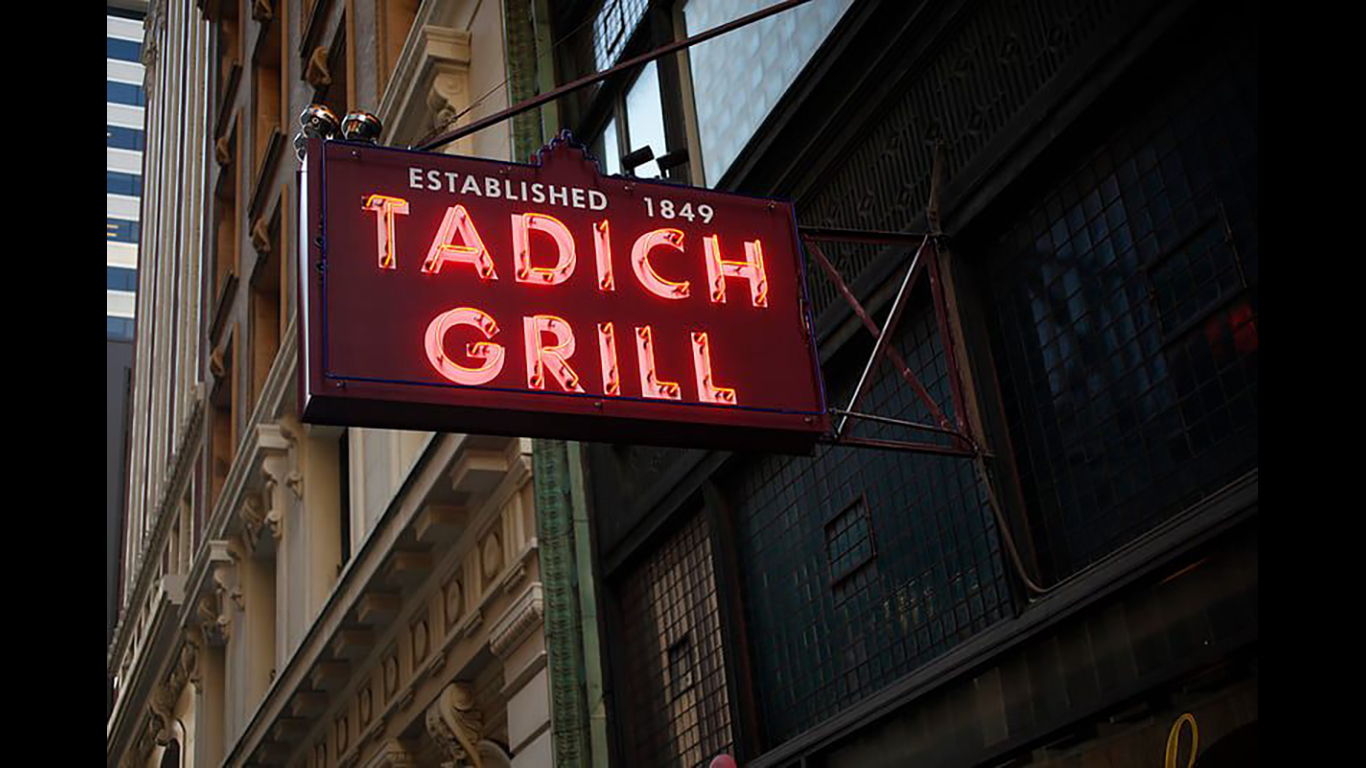 Considered not just San Francisco’s but California’s oldest restaurant, Tadich Grill was originally a tent called simply Coffee Stand, opened back in Gold Rush days by three Croatian immigrants. (Its name notwithstanding, it served fresh grilled fish, among other dishes.) It moved a number of times over the next few decades, becoming the New World Coffee Saloon and then the Cold Day Restaurant. Another Croatian, John Tadich, bought and renamed the place after himself in 1887. In 1928, still another Croatian, John Buich, bought Tadich Grill, and the Buich family continues to run it today. The menu focuses on Dungeness crab, petrale sole, and other seafood. The restaurant is currently closed due to COVID-19 and will reopen when 50% indoor seating capacity is allowed in the city. 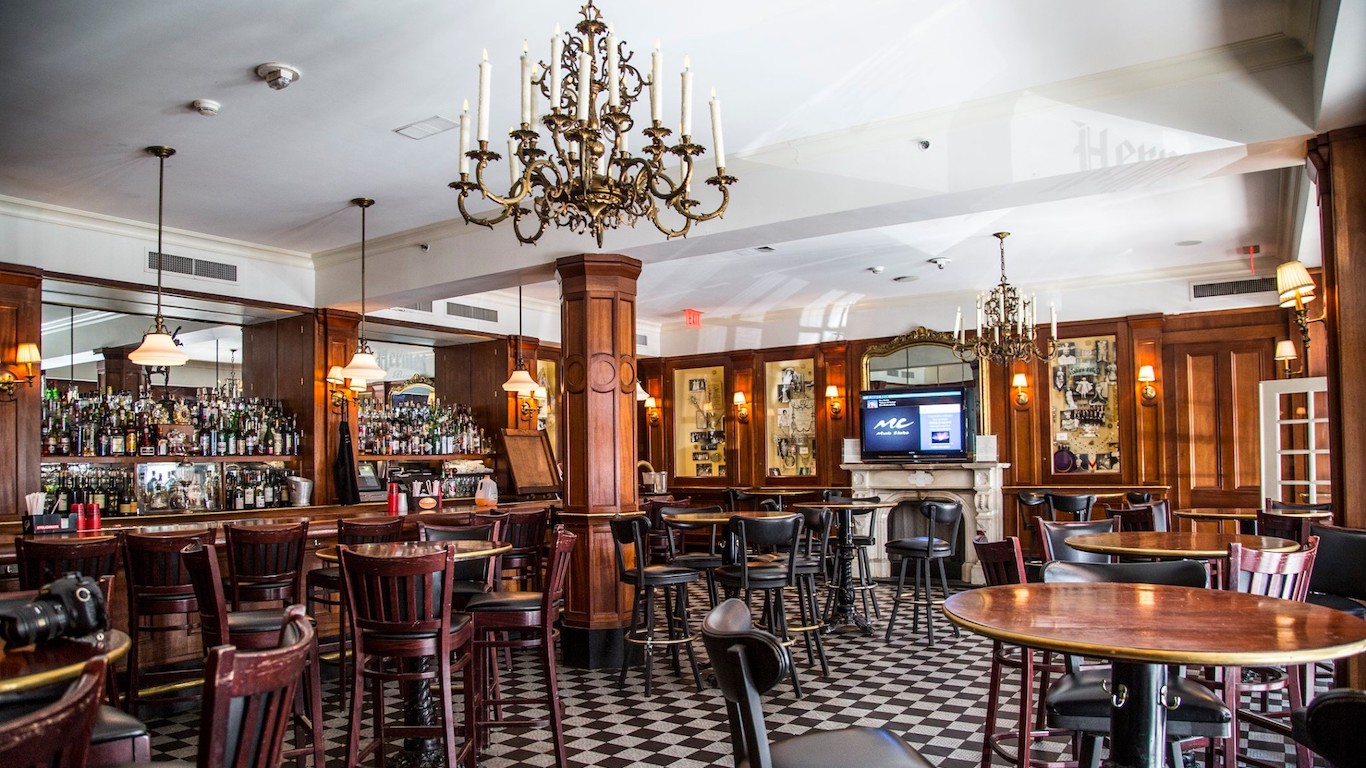 The country’s oldest family-run restaurant, and by some definitions the oldest restaurant, period, Antoine’s was opened a block away from its current French Quarter location by 18-year-old Antoine Aciatore, an immigrant from France, and his wife, Julie. She and later their son, Jules, took over the place after Antoine’s health failed in the 1870s. Jules’ son Roy succeeded him and ran Antoine’s until 1972. Roy’s grandson Rick Blount became CEO and proprietor in 2005. The menu of rich Creole specialties includes oysters Rockefeller and eggs Sardou, two famous dishes invented here.