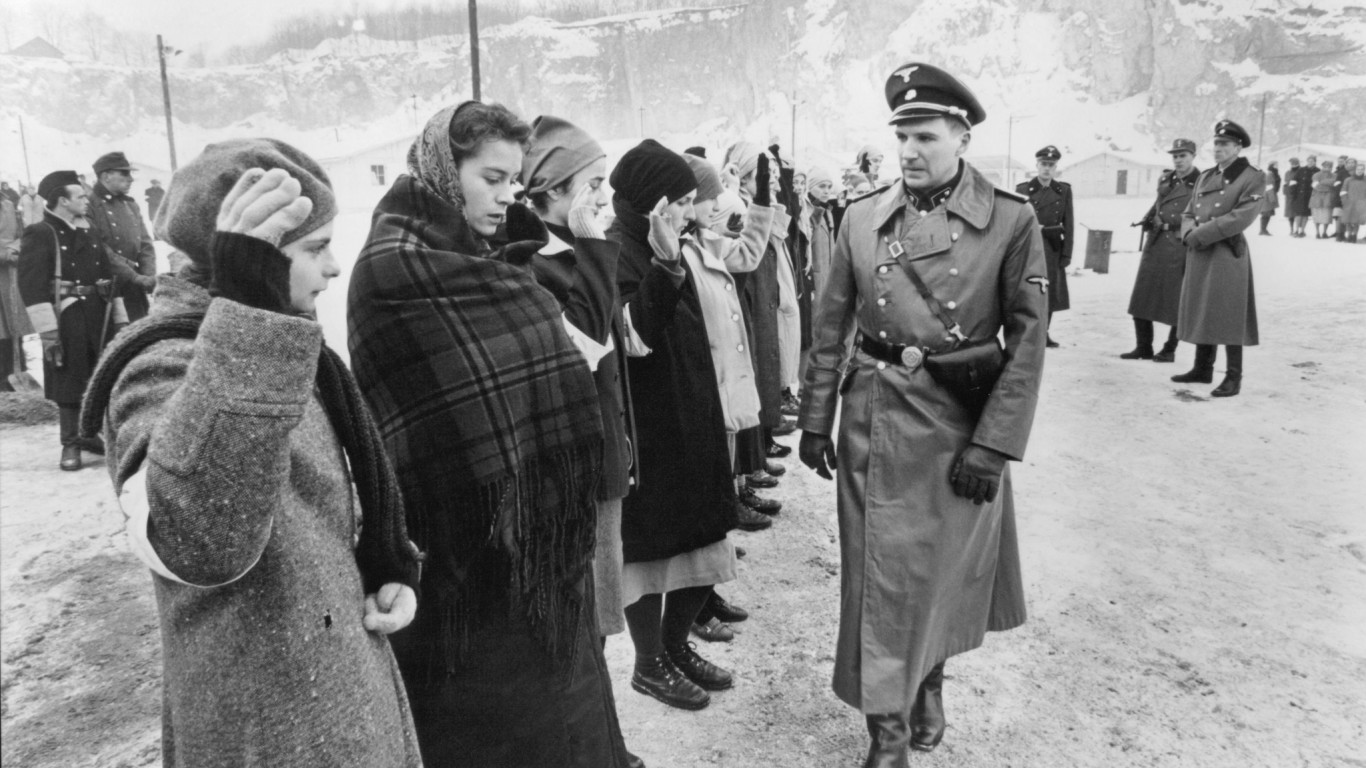 Uber-Nazi Amon Goeth (Fiennes) commands a concentration camp in Poland. He’s ruthlessly cruel, sometimes shooting prisoners from his balcony for sport. Based on a real person, Fiennes received an Academy Award nomination for his cold-hearted performance. 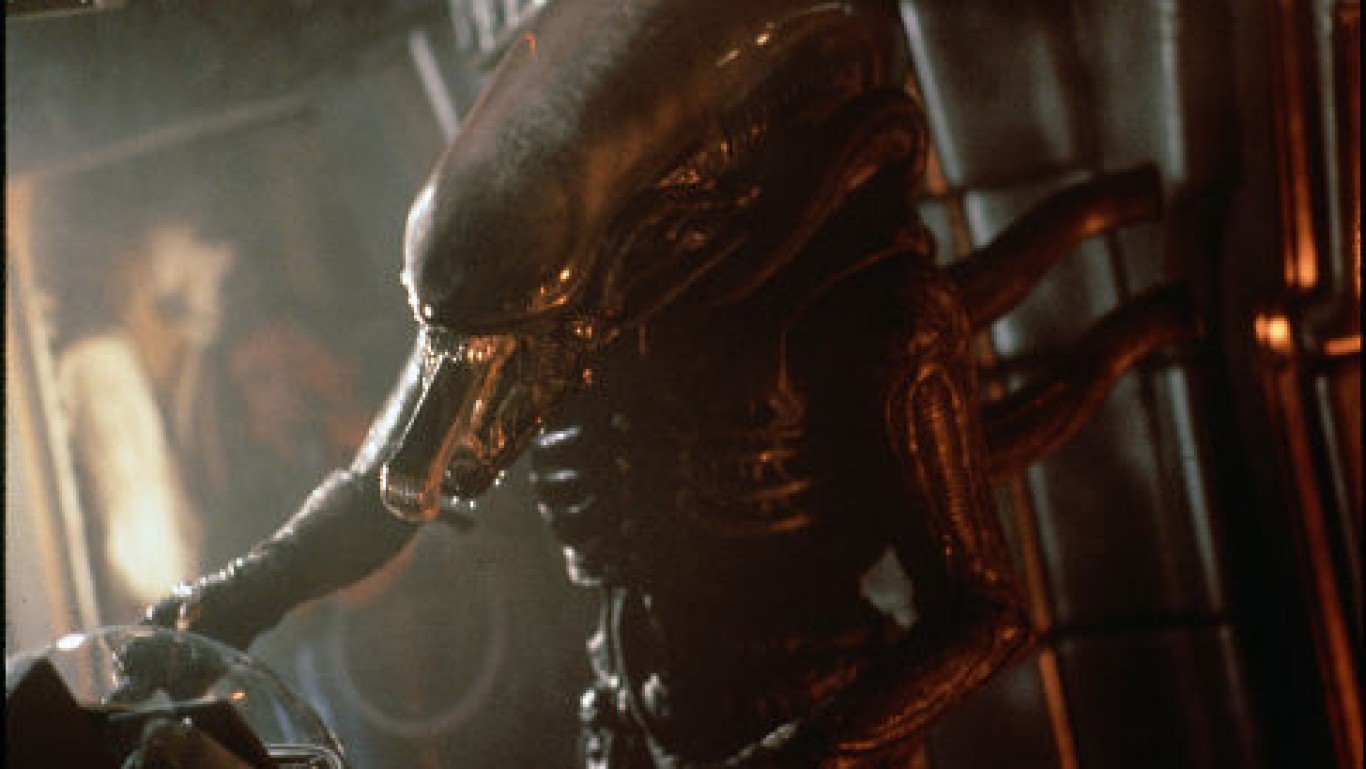 Played by 6′ 10″ Nigerian Bolaji Badejo in costume, the Alien runs amok on a spaceship, killing crew members. In the end, a heroic female crew member (Ripley, played by Sigourney Weaver) triumphs over the Alien. 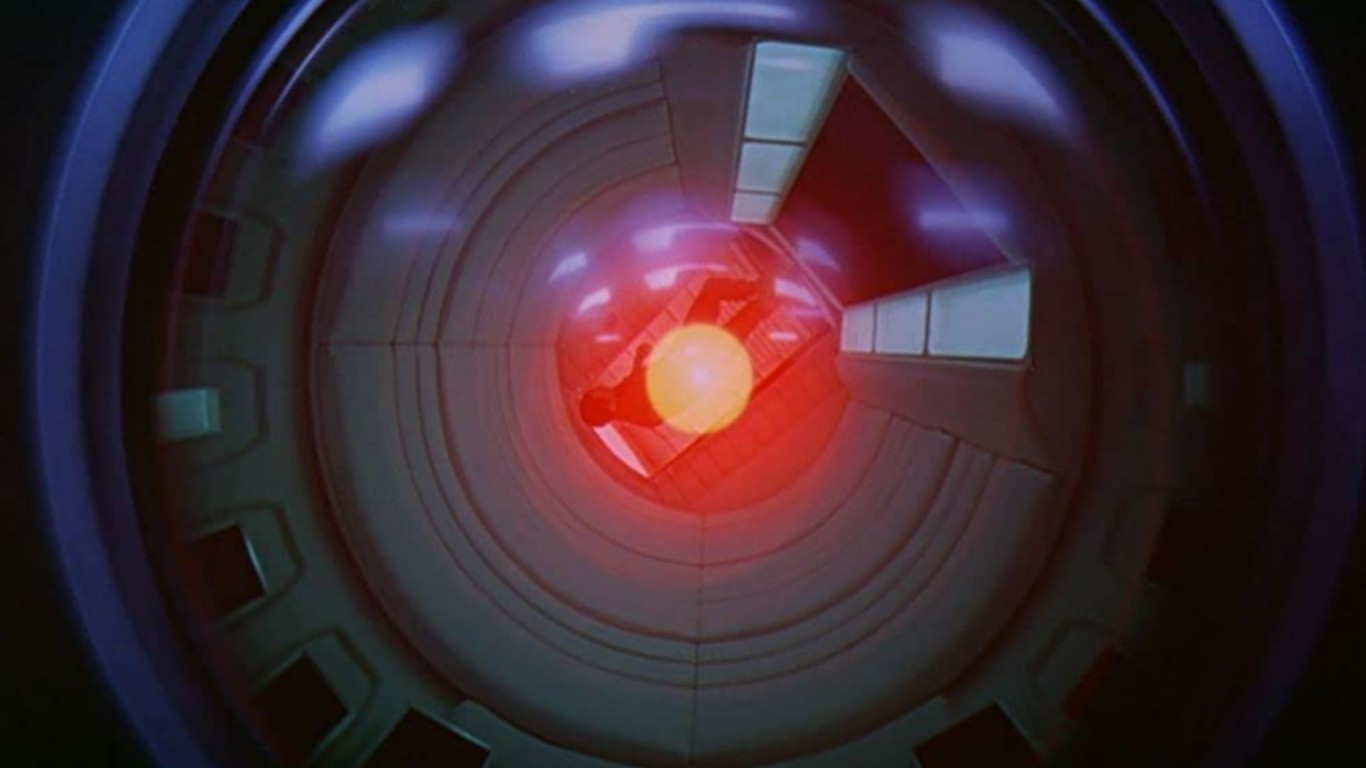 In Stanley Kubrick’s sci-fi masterpiece, human-like computer HAL overtakes a spacecraft on its way to Jupiter to learn more about a mysterious monolith said to hold the secret to evolution. Two crew members try to disengage HAL, who has other ideas and wants to stay connected. 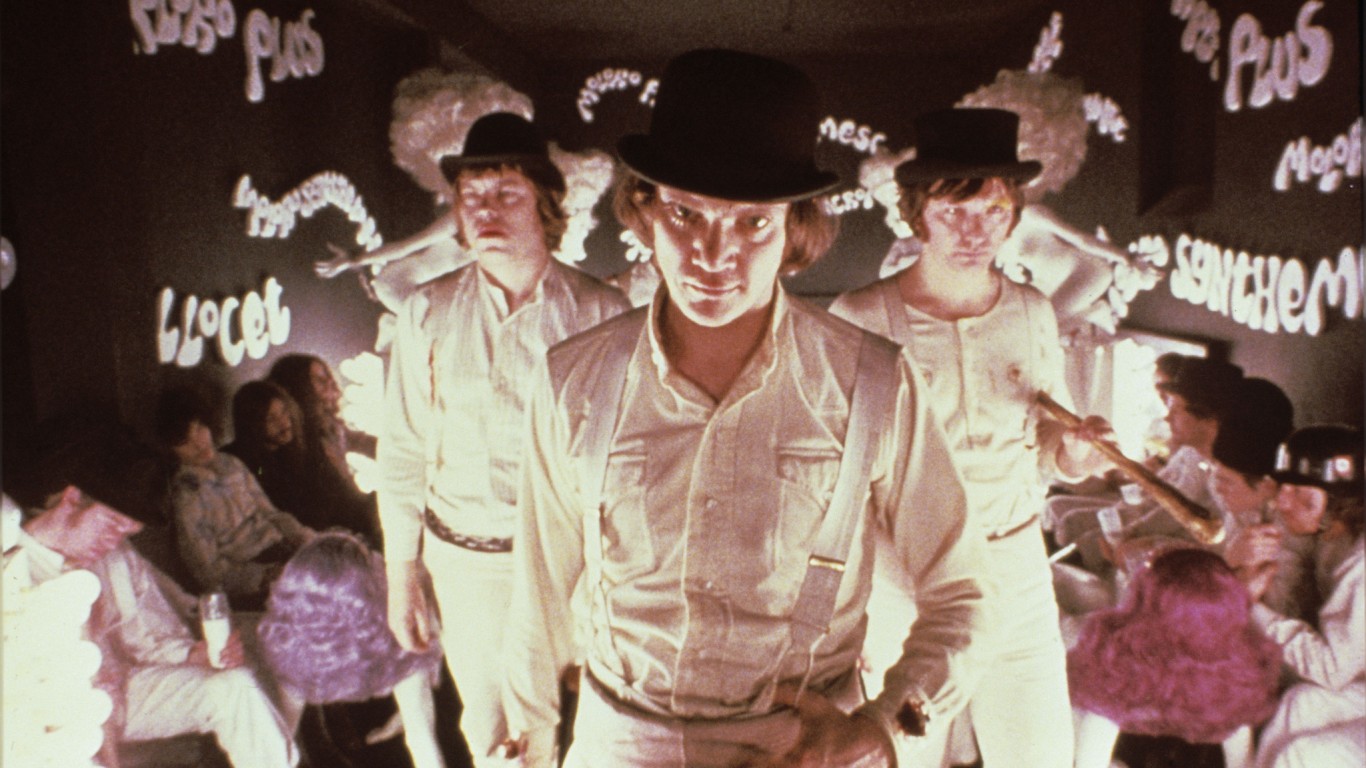 Vicious gang member Alex DeLarge (McDowell) becomes the subject of an experiment by the British government to cure him of his sadism. Critics lamented the gory violence of the film, but it did ask a larger question: Does the government have the right to control minds, even that of criminals? 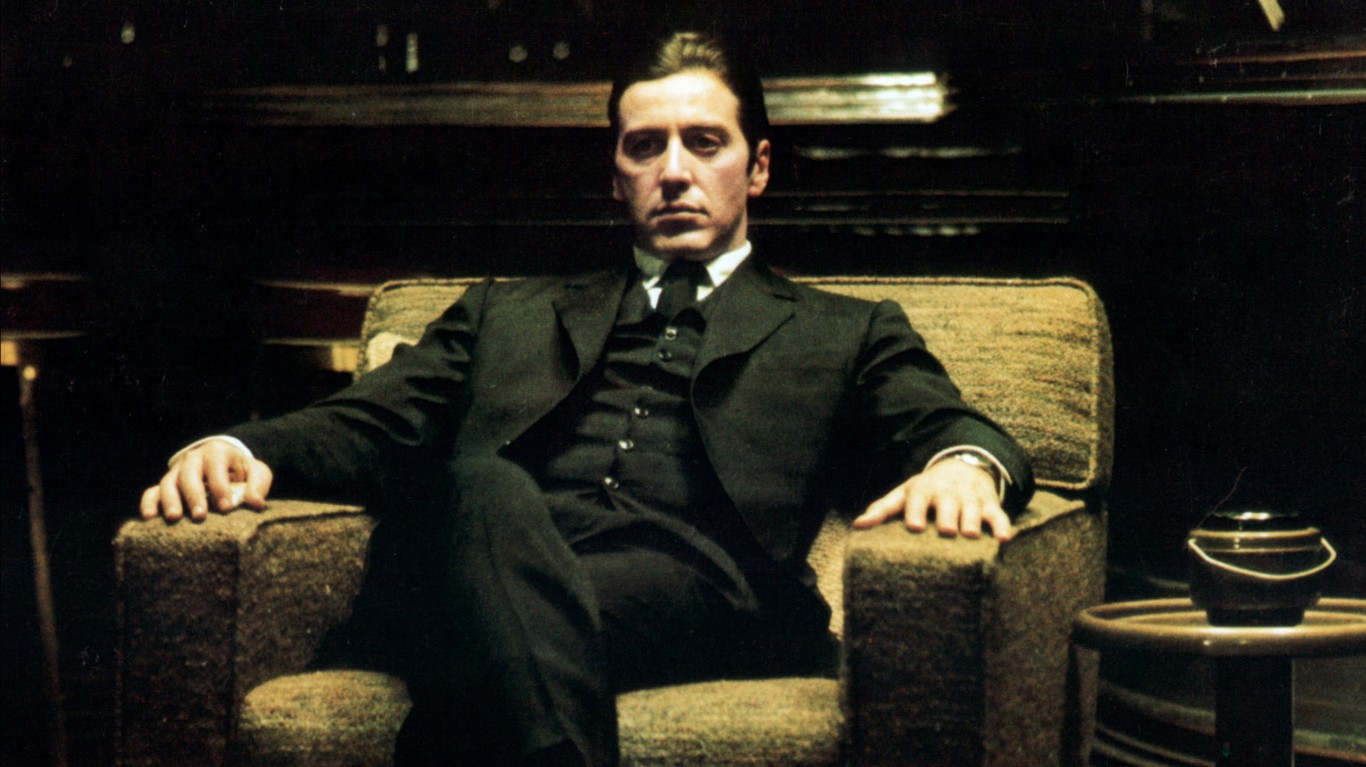 When we first meet Michael Corleone (Pacino) he wants nothing to do with his father’s business in the Mafia. But when his father is nearly offed in an assassination attempt, and other family members are killed, Michael decides to take care of all family business in the most brutal way possible. In this star-making turn, Pacino was nominated for an Academy Award.