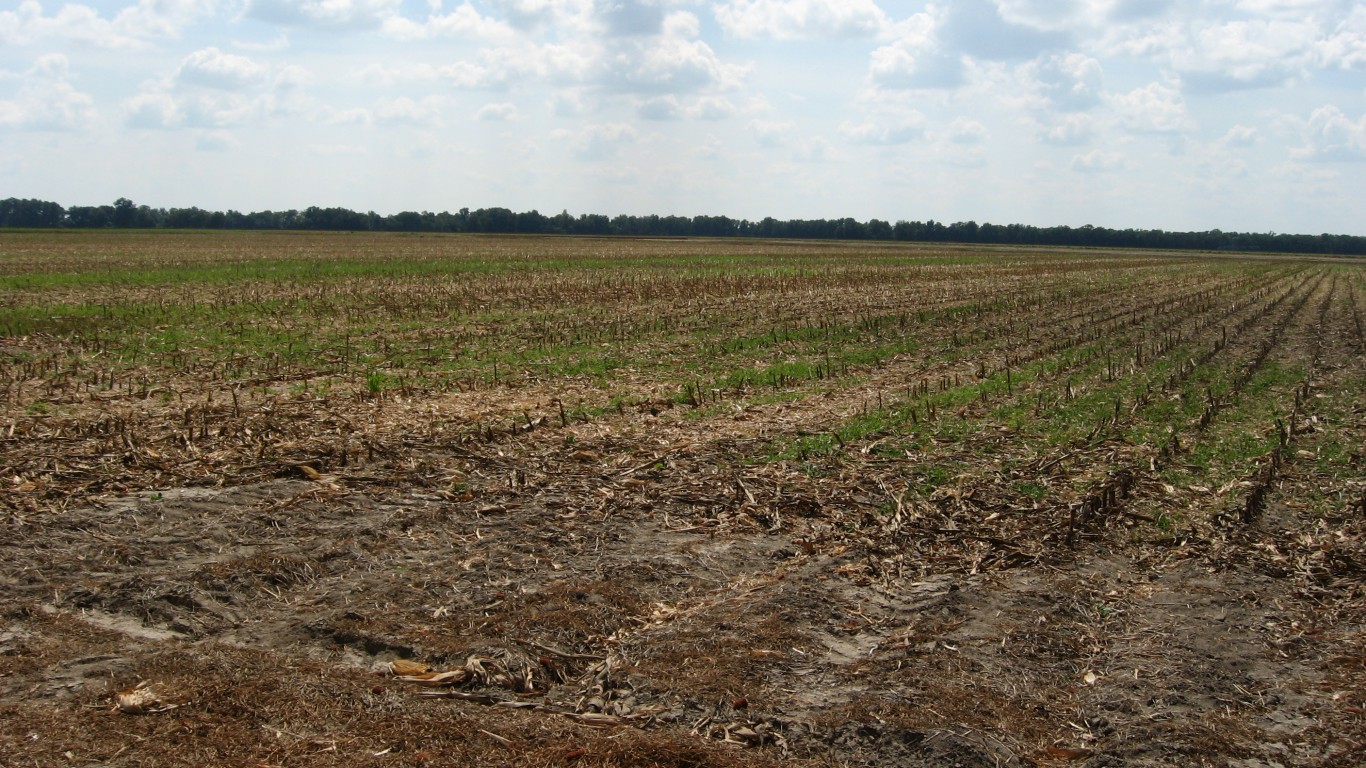 Economic conditions in Tensas Parish, Louisiana, make it one of the worst places to live in the United States. The poverty rate in the parish, located in the northeastern part of the state along the Mississippi River, stands at 34.7%, above the vast majority of U.S. counties and well more than double the 13.4% national poverty rate. The local poverty rate would likely decline if the job market improved. As of January 2021, 7.4% of the area’s labor force were unemployed. Even before the COVID-19 pandemic, the local 2019 unemployment rate stood at 8.3%, well above the comparable 3.7% national rate.

Poverty can have a marked impact on health outcomes. Life expectancy at birth in Tensas Parish is just 75.1 years, about four years below the national average. 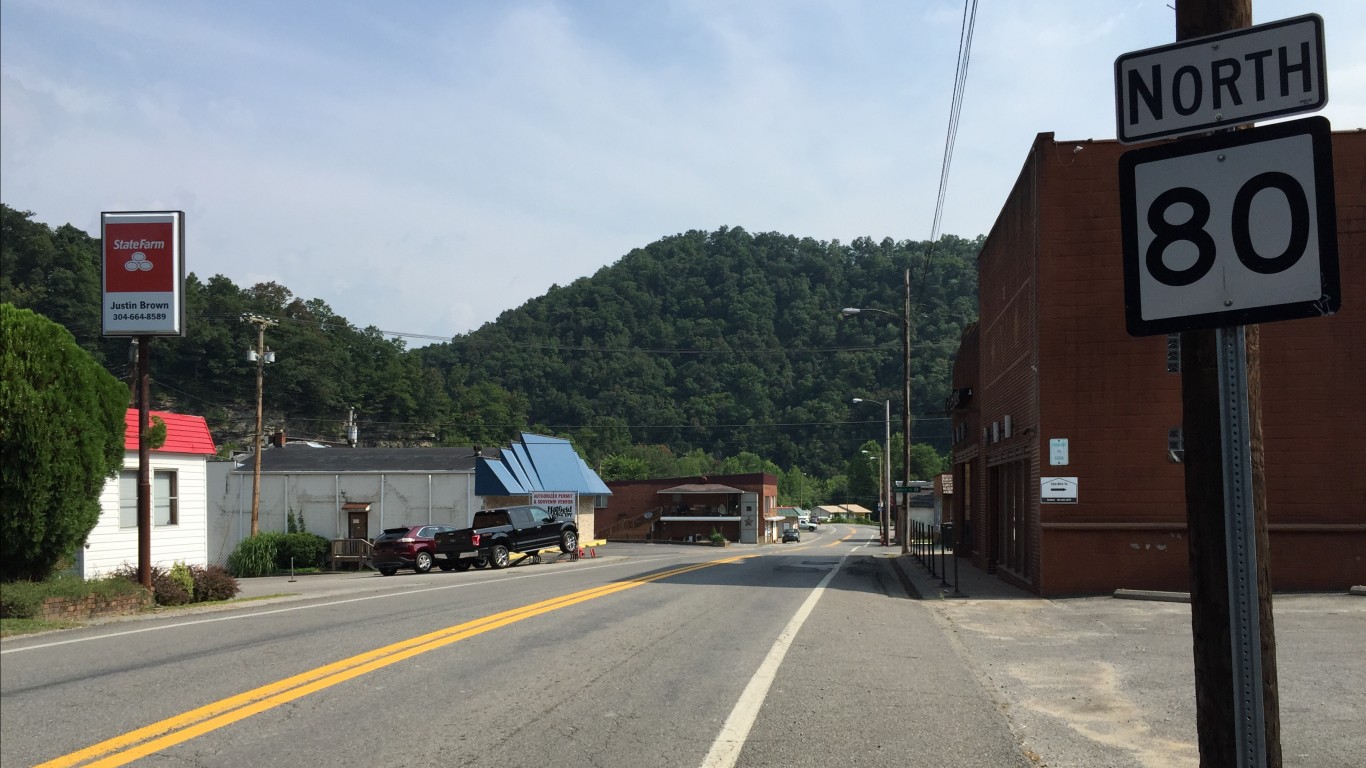 In Mingo County, located in southwestern West Virginia, fewer than one in every 10 adults have a bachelor’s degree, less than one-third of the comparable share nationwide. Incomes tend to rise with educational attainment, and nearly 29% of the more than 24,000 people in the county live below the poverty line.

Mingo County has been hit especially hard by social and economic problems much of the country is currently grappling with. Unemployment in the area stands at 11.2%, and few places have been affected more than Mingo County by the opioid crisis. There are an average of 64 drug overdose deaths in the county for every 100,000 people annually, more than triple the national rate. 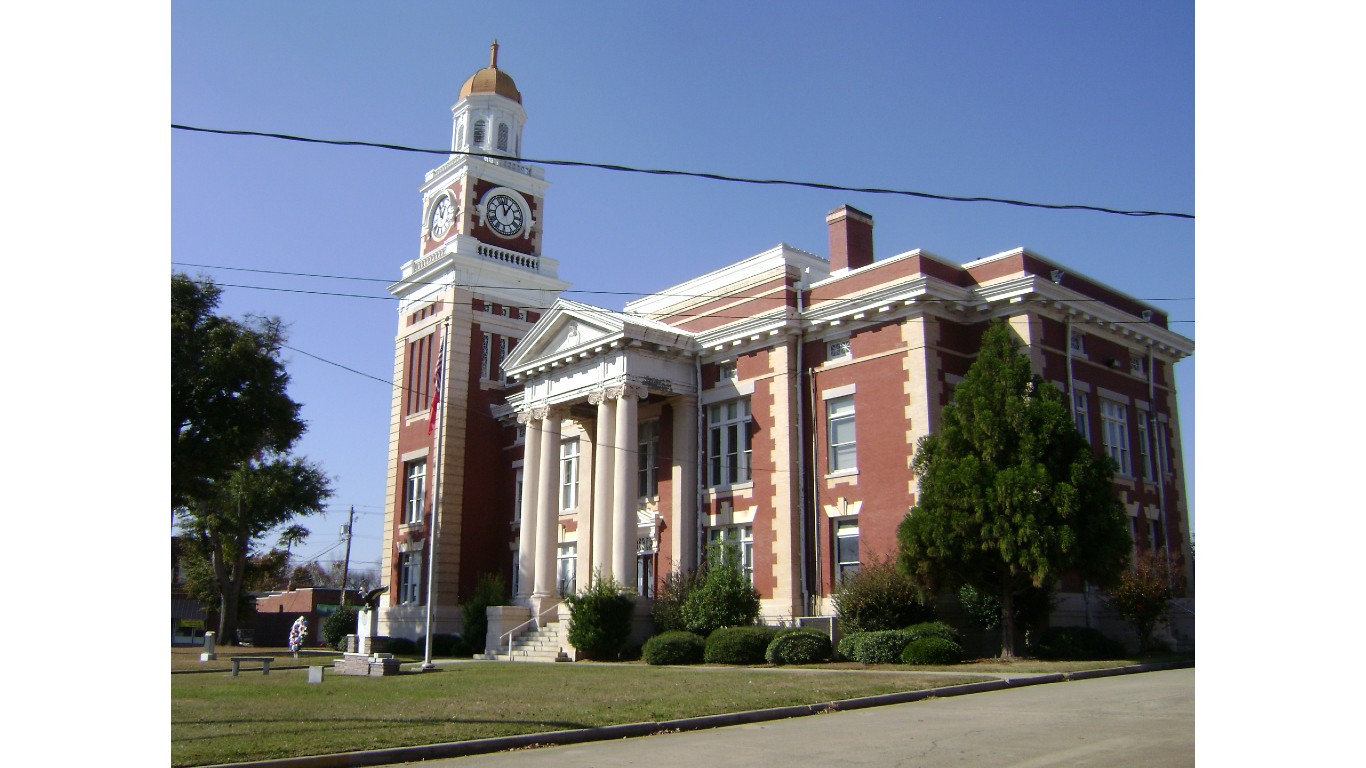 Turner County, located in south-central Georgia, is one of the poorest places in the United States. Over one-third of the local population live below the poverty line, and 18.4% of households in the county earn less than $10,000 a year, more than triple the national share. The county also ranks as one of the worst places to live also because of the relatively low life expectancy at birth. At just 73.7 years, it is over five years below the national average.

The county’s poor health outcomes are partially attributable to financial insecurity as well as unhealthy behaviors. An estimated 40% of local adults in the county are physically inactive, compared to 23% of adults nationwide. Low rates of physical activity among county residents may be due in part due to limited access to places for exercise. Just 20% of area residents have adequate access to places like parks and recreation centers, compared to 84% of Americans nationwide. 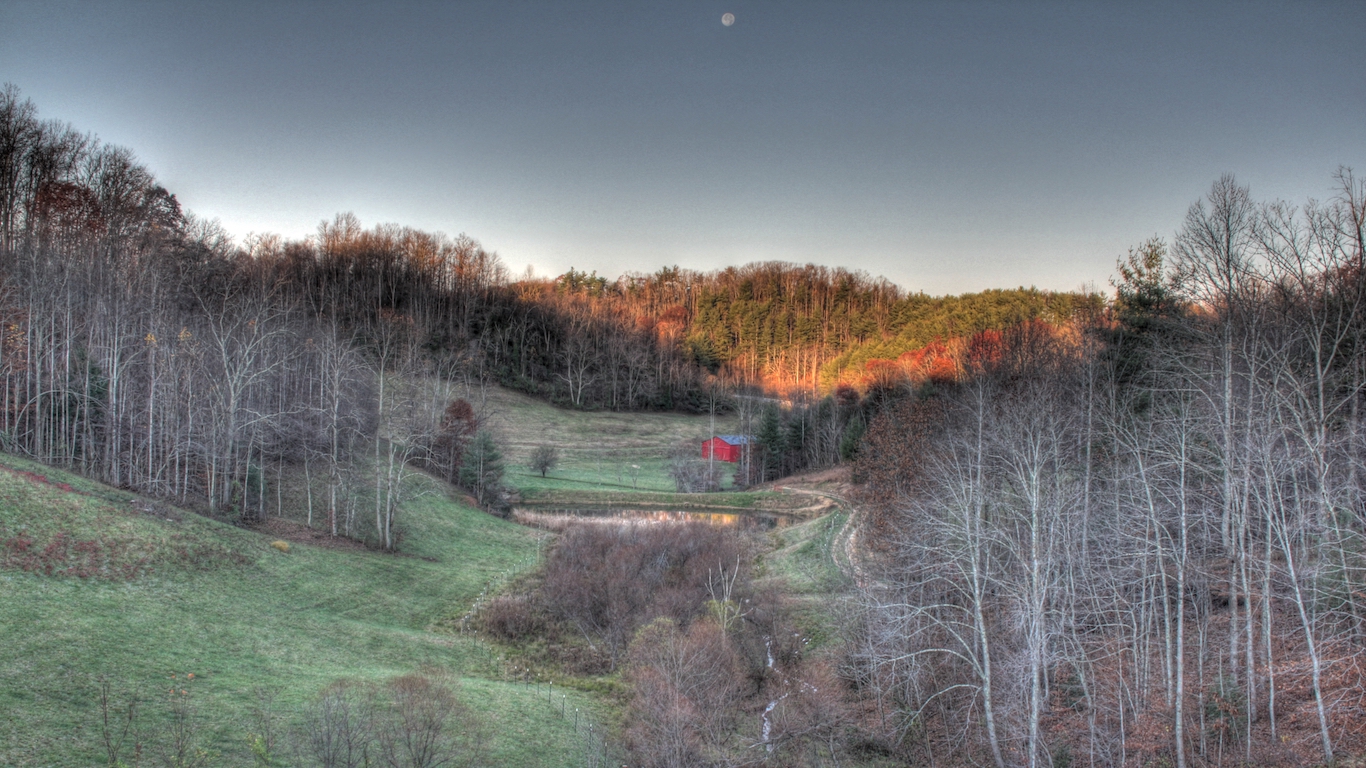 Wolfe County, located in eastern Kentucky, is one of several counties in the state to rank among the worst places to live in the United States. Nearly 30% of the local population live below the poverty line, and at just 71.5 years, life expectancy at birth in the county is among the lowest nationwide.

Located in the state’s eastern coal field region, Wolfe County’s economic fortunes have been tied in large part to the U.S. coal industry, which has long been in decline. As recently as 2012, the county produced nearly 40,000 tons of coal. As of 2020, there was no active coal production in the county. 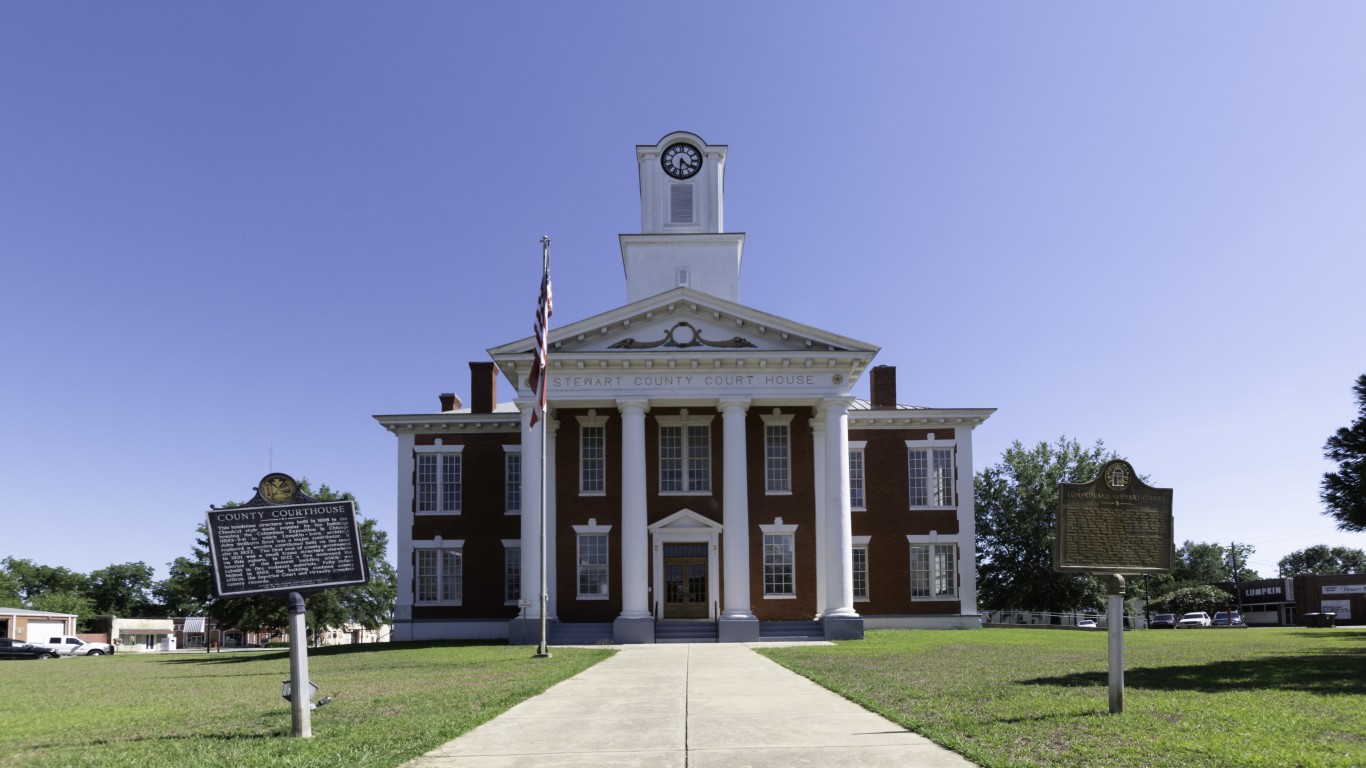 Stewart County, Georgia, located in the southwestern part of the state along the Alabama border, is one of the worst places to live in the United States largely because of its high poverty rate. Nearly 35% of the 6,300 people in the county live below the poverty line, compared to the 13.4% national poverty rate. Poverty and financial insecurity can take a toll on health outcomes, and life expectancy at birth in the county is just 73.8 years, over five years below the national average.

Both incomes and life expectancy tend to rise with educational attainment, and in Stewart County, only 12.2% of adults have a bachelor’s degree, compared to 32.1% of adults nationwide.