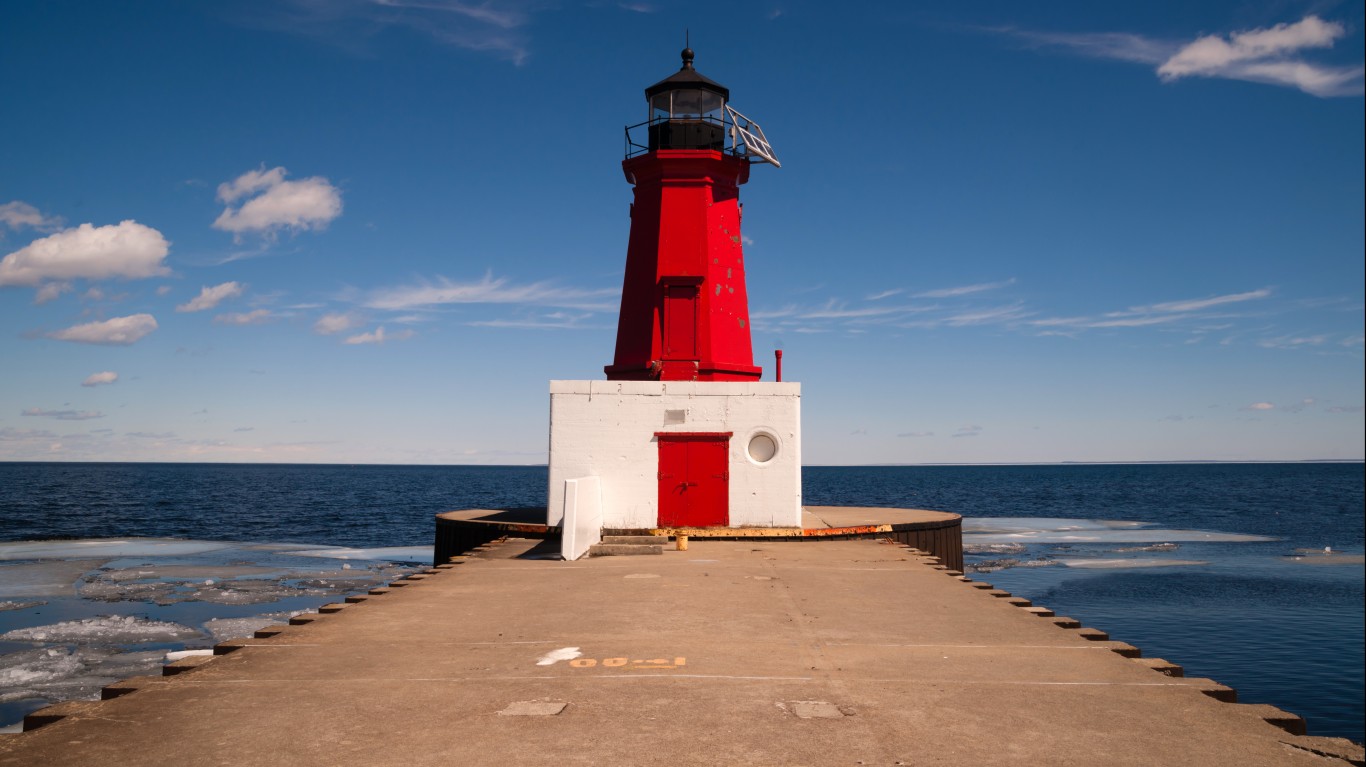 Many of the counties with some of the worst socioeconomic conditions and public health outcomes in the United States are located on Native American reservations, and Menominee County, Wisconsin, which shares a boundary with the Menominee Indian Reservation, is one of them. At 70.6 years, average life expectancy at birth in the county is over eight years below the national average.

The county’s low life expectancy is likely due to several behavioral and economic factors. Smoking is the leading cause of preventable death in the United States, and obesity is a risk factor for many potentially life threatening diseases and conditions — and adults in Menominee County are far more likely than most Americans to smoke or be obese. Poverty can also make it difficult to access health care and maintain healthy lifestyles, and over one-third of the 4,600 people in the county live below the poverty line. 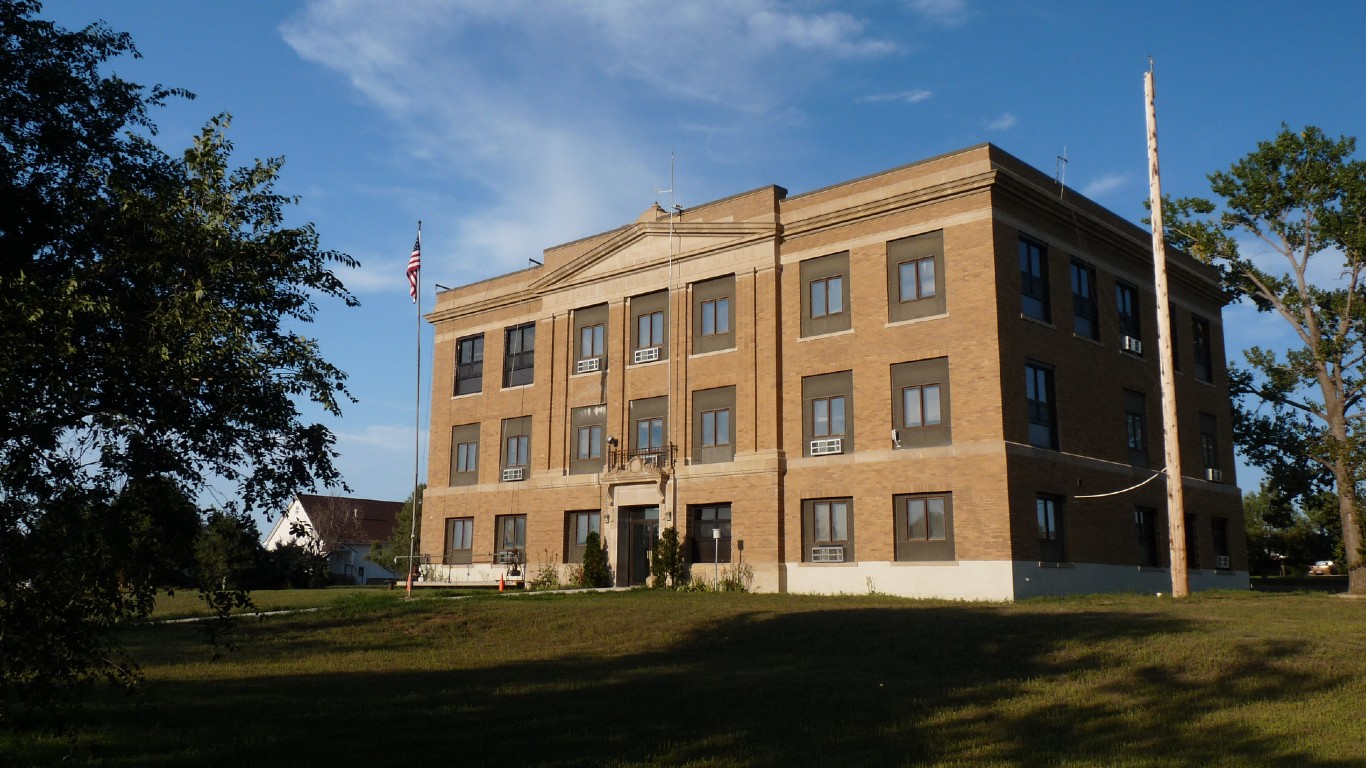 Ziebach County, South Dakota, which lies mostly within the Cheyenne River Indian Reservation, is one of the poorest places in the United States. Nearly 43% of the local population live below the poverty line, the seventh largest share of all U.S. counties and county equivalents. Low incomes, which can make it difficult to access health care and afford healthy lifestyles, are compounded by certain unhealthy behaviors in the county. For example, 32% of local adults smoke and 52% of adults are obese, compared to 17% and 29% of the U.S. adult population, respectively.

As is often the case in low-income areas with large unhealthy populations, Ziebach County has low educational attainment rates. For example, just 16.4% of local adults have a bachelor’s degree, about half the share of adults nationwide.

24/7 Wall St.
States Where the Middle Class Is Being Left Behind 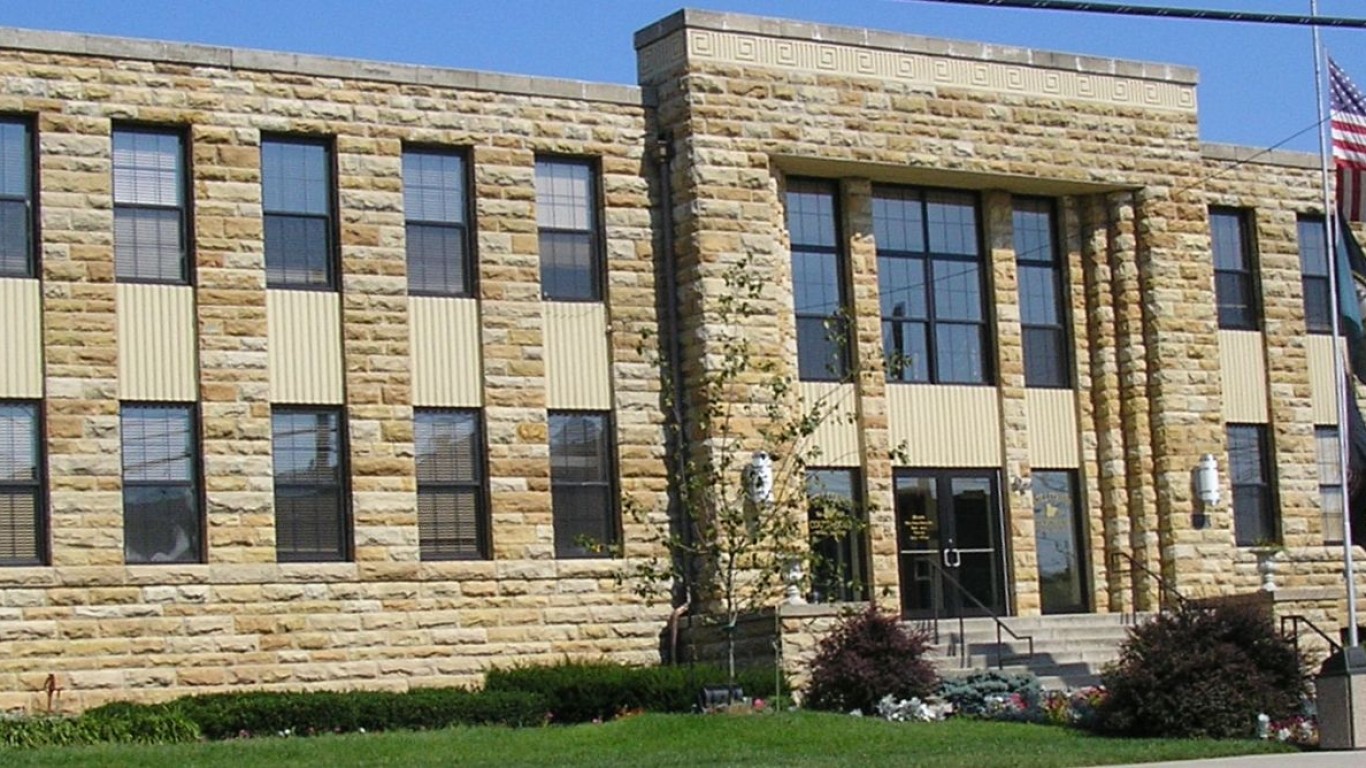 Many of the places with the worst socioeconomic conditions and public health outcomes are in Appalachia, and Estill County, Kentucky, is one of them. Historically, the local economy has centered on coal mining, and as the U.S. energy grid moves away from coal, places like Estill County suffer. Today, nearly 31% of the local population live below the poverty line.

Life expectancy in the county is also nearly eight years below the national average. This is attributable in part to the toll the opioid epidemic is taking on the local population. There are an average of 60 drug overdose deaths for every 100,000 people in the county annually, nearly triple the comparable national rate. 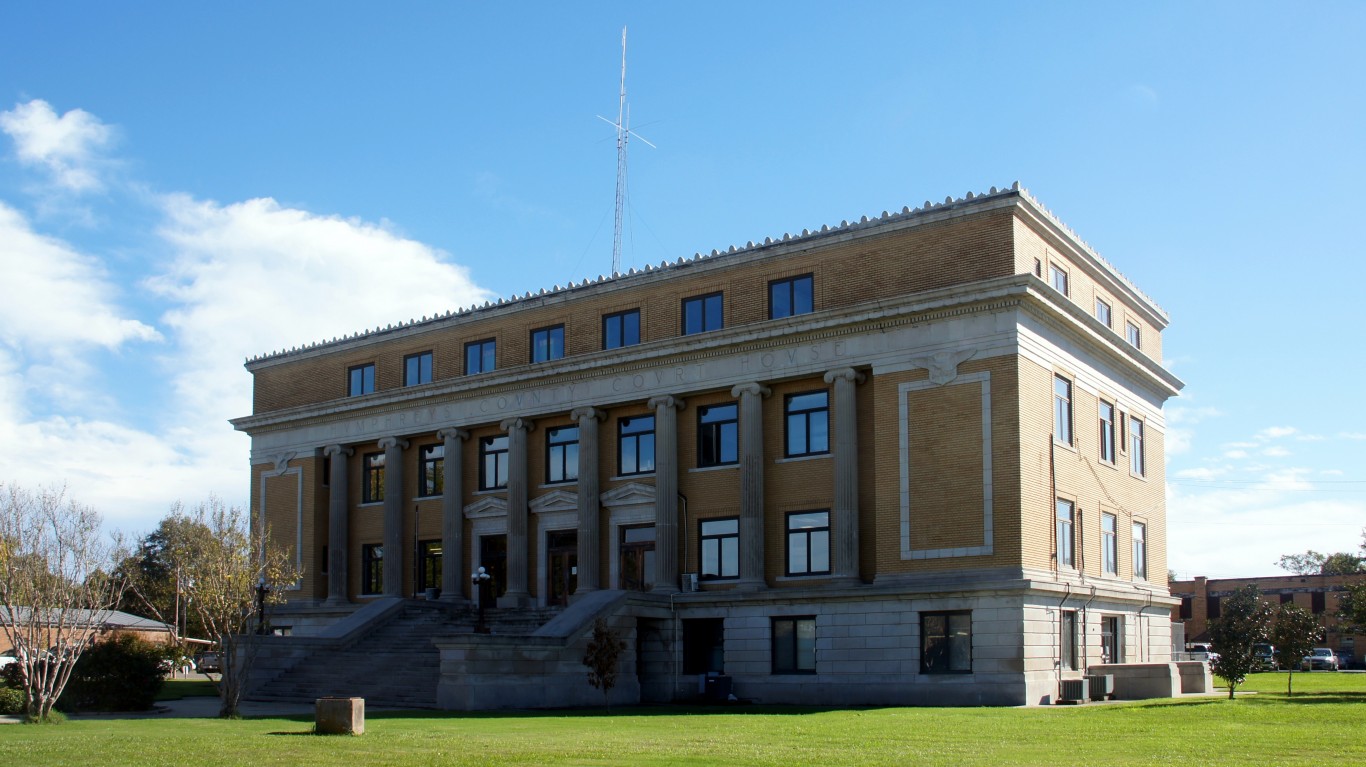 Humphreys County, Mississippi, is one of the worst places to live in the United States partially because life expectancy at birth is just 74.1 years — half a decade shy of the national average.

Low life expectancy in Humphreys County is due in part to widespread poverty. Of the nearly 8,400 people living in the area, 36.4% live below the poverty line, more than double the 13.4% national poverty rate. Certain unhealthy behaviors may also be a factor. Adult county residents are far more likely to smoke and be obese, and far less likely to exercise, than they typical American adult. 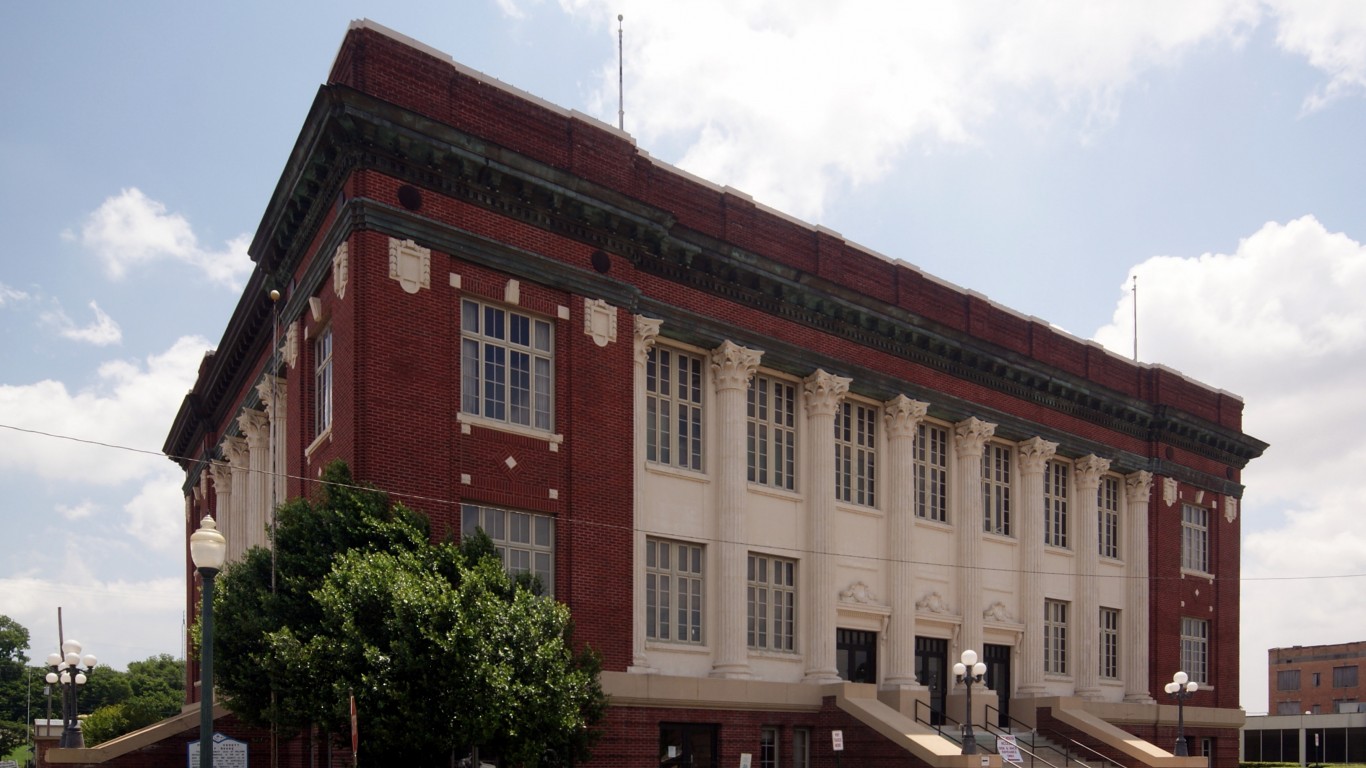 Phillips County, located in Arkansas’s Delta region where the St. Francis River empties into the Mississippi River, is one of the worst places to live in the United States. A former agricultural and transportation hub, the county has long been in decline. As recently as 1950, over 46,000 people lived in the county. Today, only 18,600 do.

Financial insecurity is high in Phillips County, as 34.5% of local residents live below the poverty line. Limited job availability partially explains the widespread poverty in the county. As of January 2021, 13.8% of the area’s labor force were unemployed. Even before the COVID-19 pandemic, the local 2019 unemployment rate stood at 10.1%, well above the comparable 3.7% national rate.