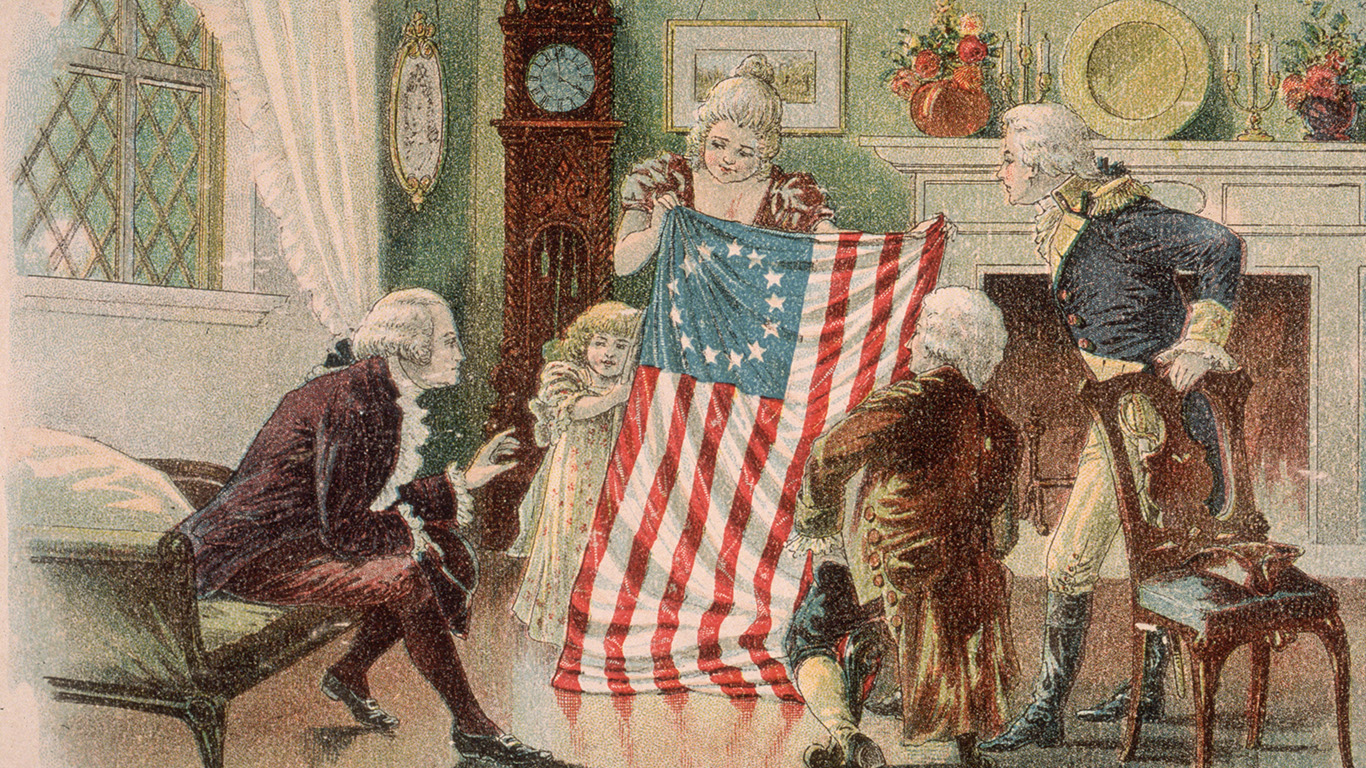 The 13-star flag officially became the U.S. flag on June 14, 1777, and the date is celebrated every year in the United States as Flag Day. Though there is no conclusive proof, Francis Hopkinson, a congressman from New Jersey and a signer of the Declaration of Independence, is credited with designing the flag. Each star and stripe represented a former British colony. 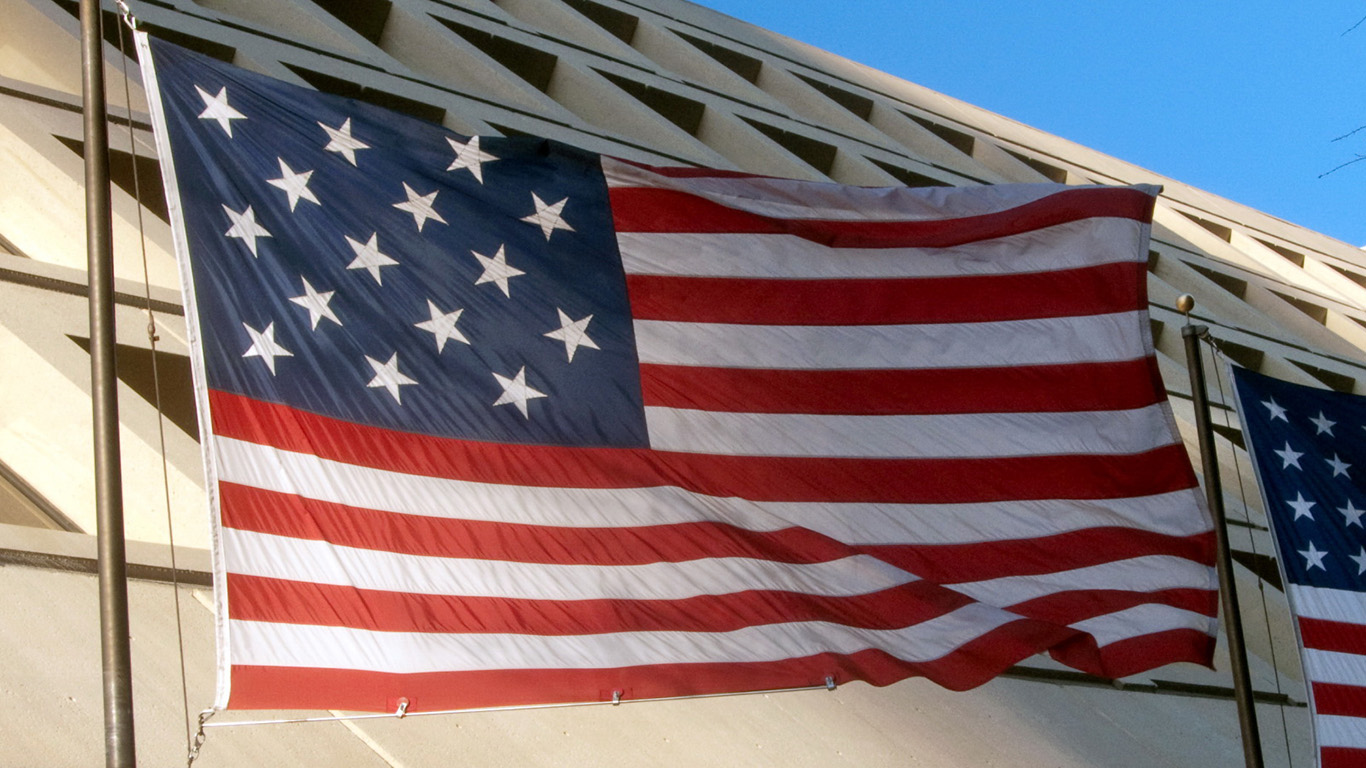 Two stripes and two stars were added to the flag when Vermont and Kentucky became the 14th and 15th states in 1791 and 1792, respectively. The 15-star flag would last for 23 years and five presidents would serve under it. This flag inspired Francis Scott Key to write “The Star Spangled Banner,” our national anthem, after Key saw the flag continue to fly over Fort McHenry following a British bombardment during the War of 1812. 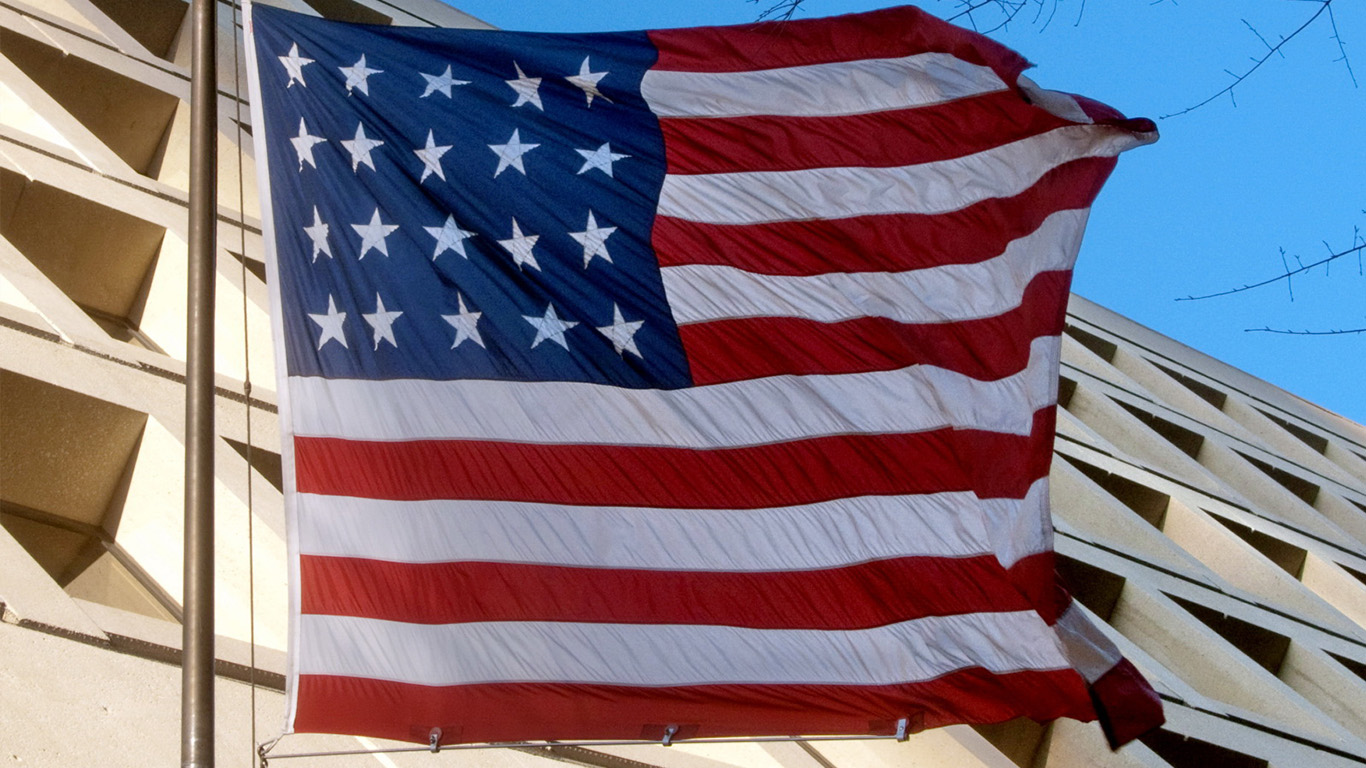 With the westward expansion of the United States and the addition of more states, Congress realized that adding stripes to the flag would be impractical. So Congress passed the Flag Act in 1818, restoring the original 13-stripe design and unveiling the flag with additional stars on July 4. Five stars were added to represent five new states: Tennessee (1796), Ohio (1803), Louisiana (1812), Indiana (1816), and Mississippi (1817). The 20-star flag became the official flag on April 13, 1818, and it was the first of nine flags to only last about a year. 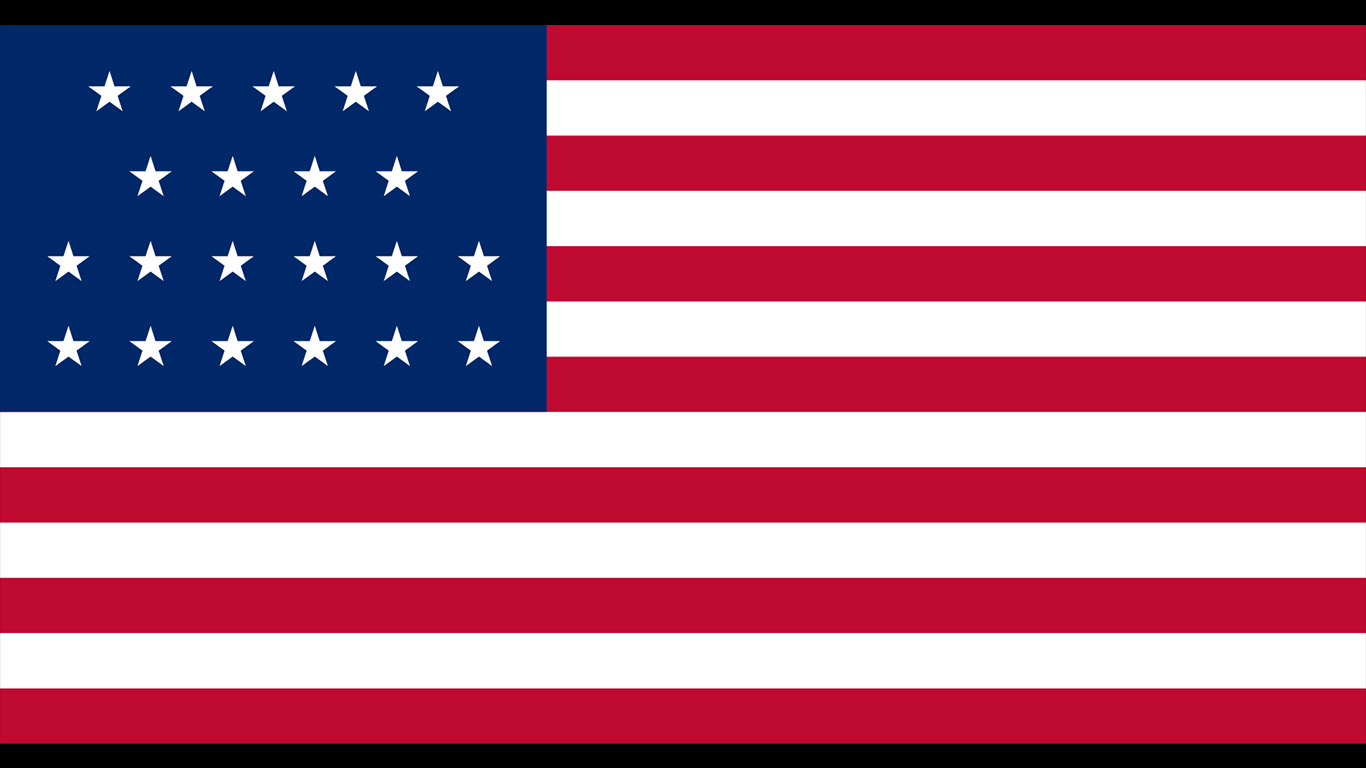 Just over a year after the twenty-star flag was introduced, the United States added Illinois to the Union, boosting the number of states to 21. Illinois, where future president Abraham Lincoln began his political career, was admitted on Dec. 3, 1818. 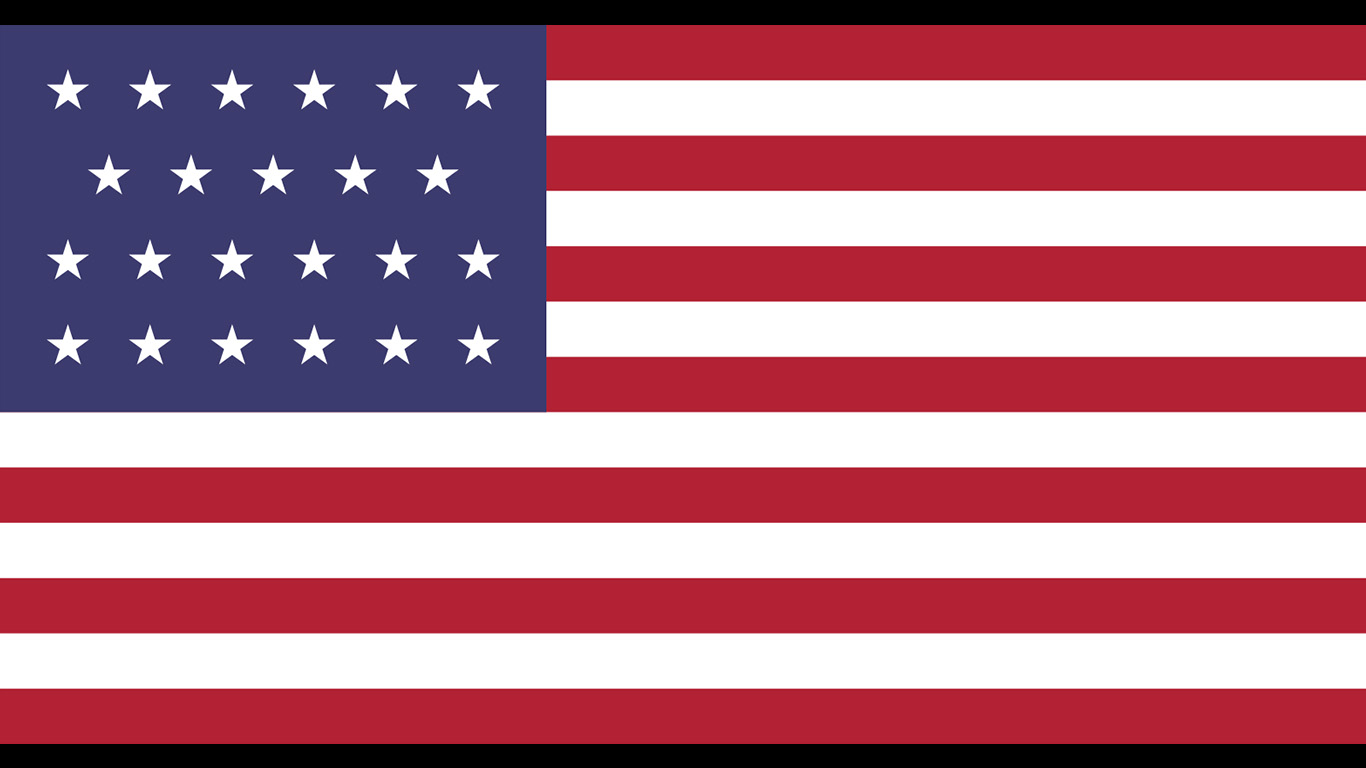 The number of U.S. states rose to 23 with the admission of Alabama in 1819 and Maine in 1820. The flag became the official U.S. flag on July 4, 1820, and would last two years. President James Monroe was the only president to serve under this flag as well as the previous two flags.