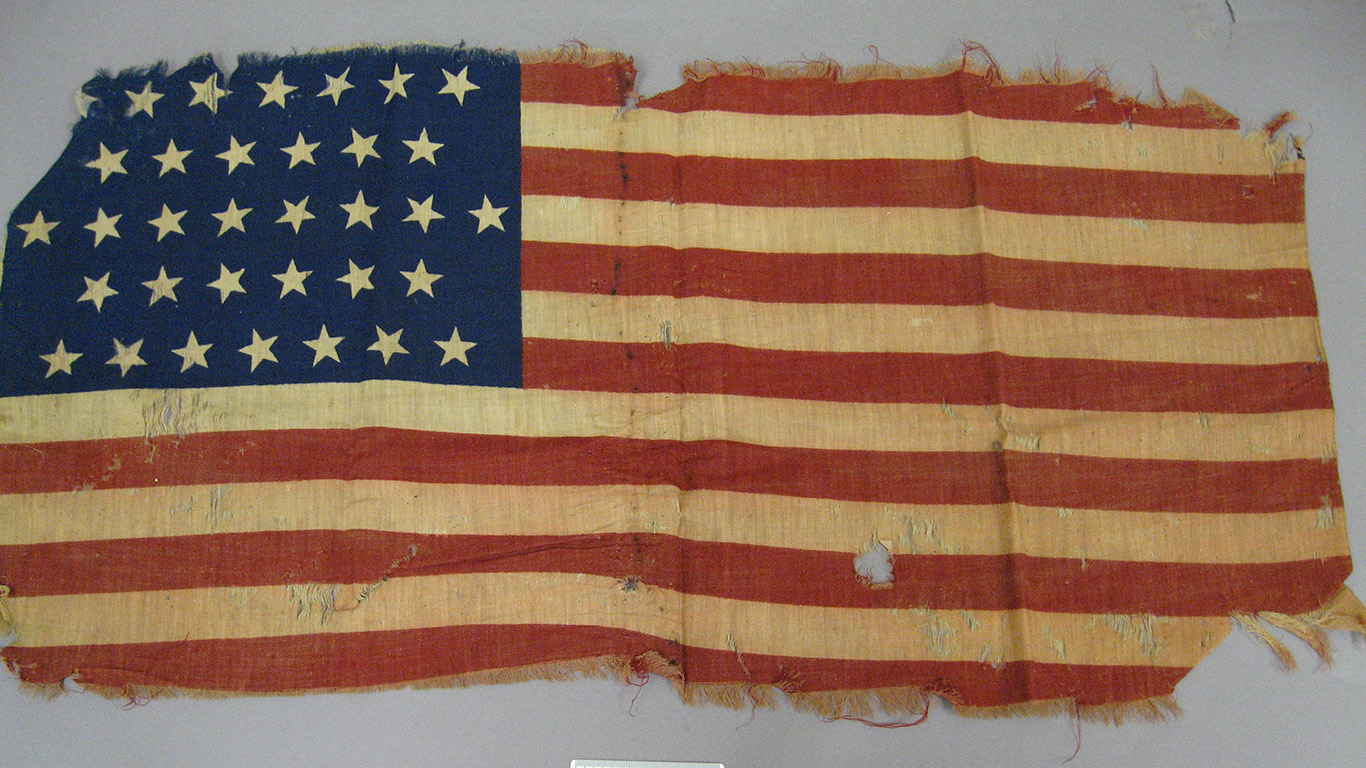 Kansas became the 34th state to join the Union. Voter fraud over whether the state would be admitted as a slave state or a free state delayed its admission. Kansas joined the Union on Jan. 29, 1861 as a free state, just as the southern states were seceding, and its star was represented on the flag six months later. 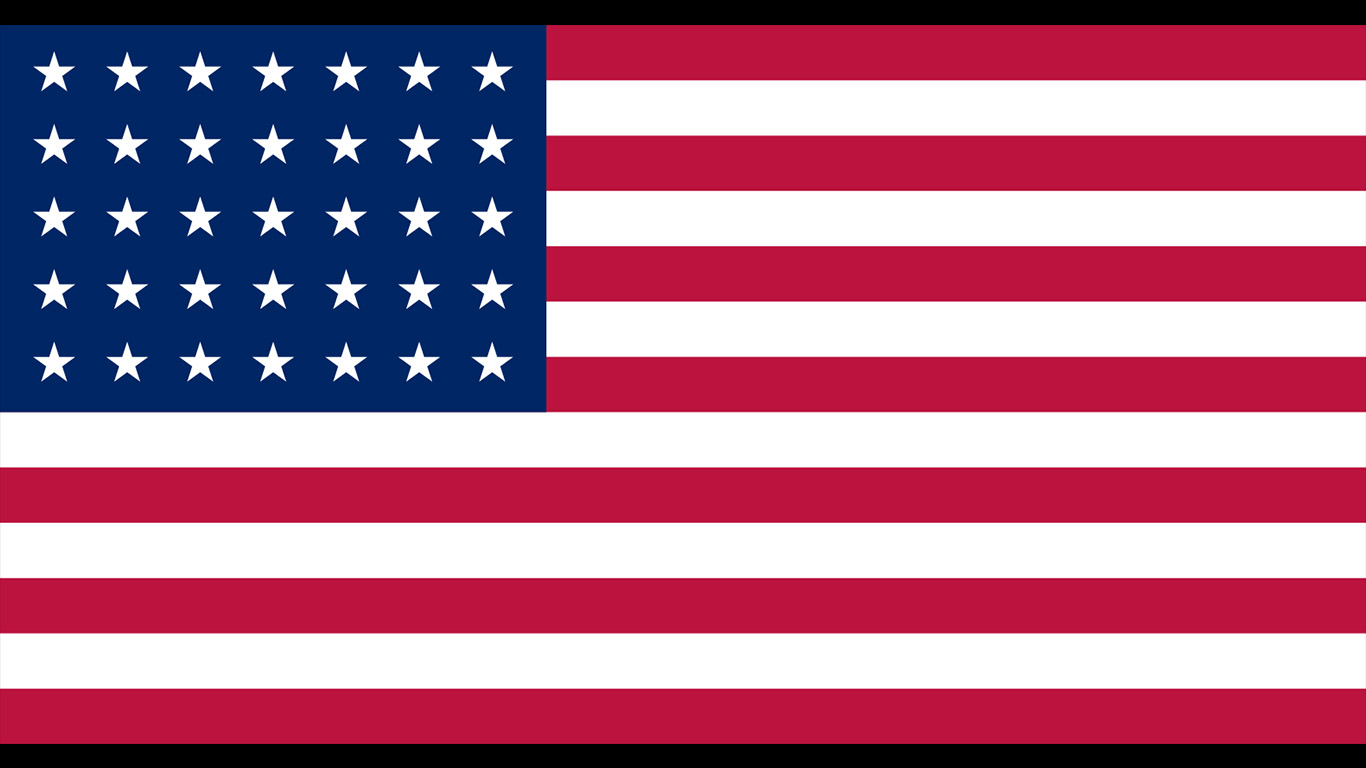 The onset of the Civil War did not halt the admission of states to the Union. The western part of Virginia was pro-Union and contained many abolitionists. It split from the rest of the state, which had seceded. President Abraham Lincoln was unsure about dividing Virginia and admitting the western portion as a separate state. He agreed to its admission on the grounds that West Virginia’s action was an act of secession in favor of the Constitution. West Virginia joined the Union on June 20, 1863, and a new flag on July 4 included the 35th state.

24/7 Wall St.
How Your State Was Founded 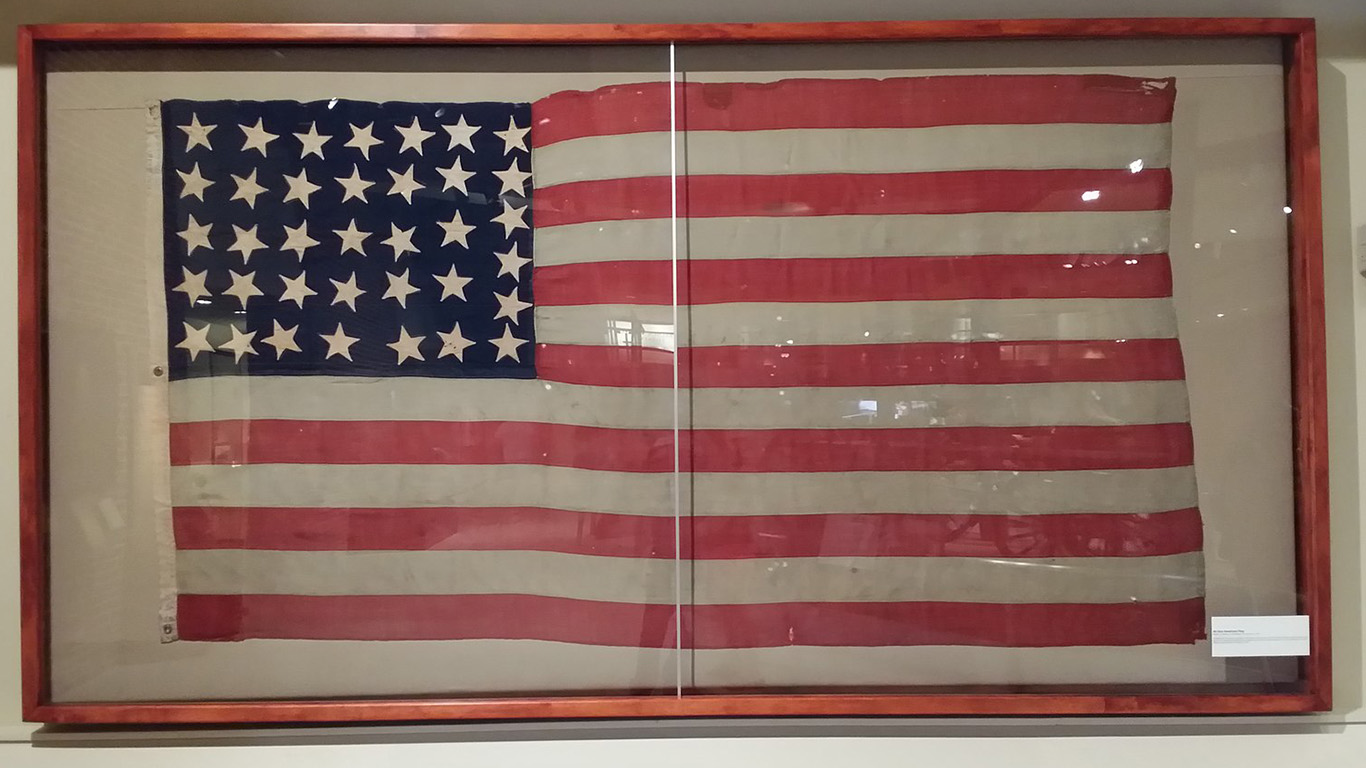 The Civil War was engulfing the nation when Nevada was admitted as the 36th state on Oct. 31, 1864, and the 36th star on the U.S. flag the following July. Nevada was pro-Union and President Abraham Lincoln saw Nevada’s admission as a way to buttress support for the war. To speed up statehood, Nevada sent its entire state constitution to Washington, D.C. — 175 pages — by telegram. 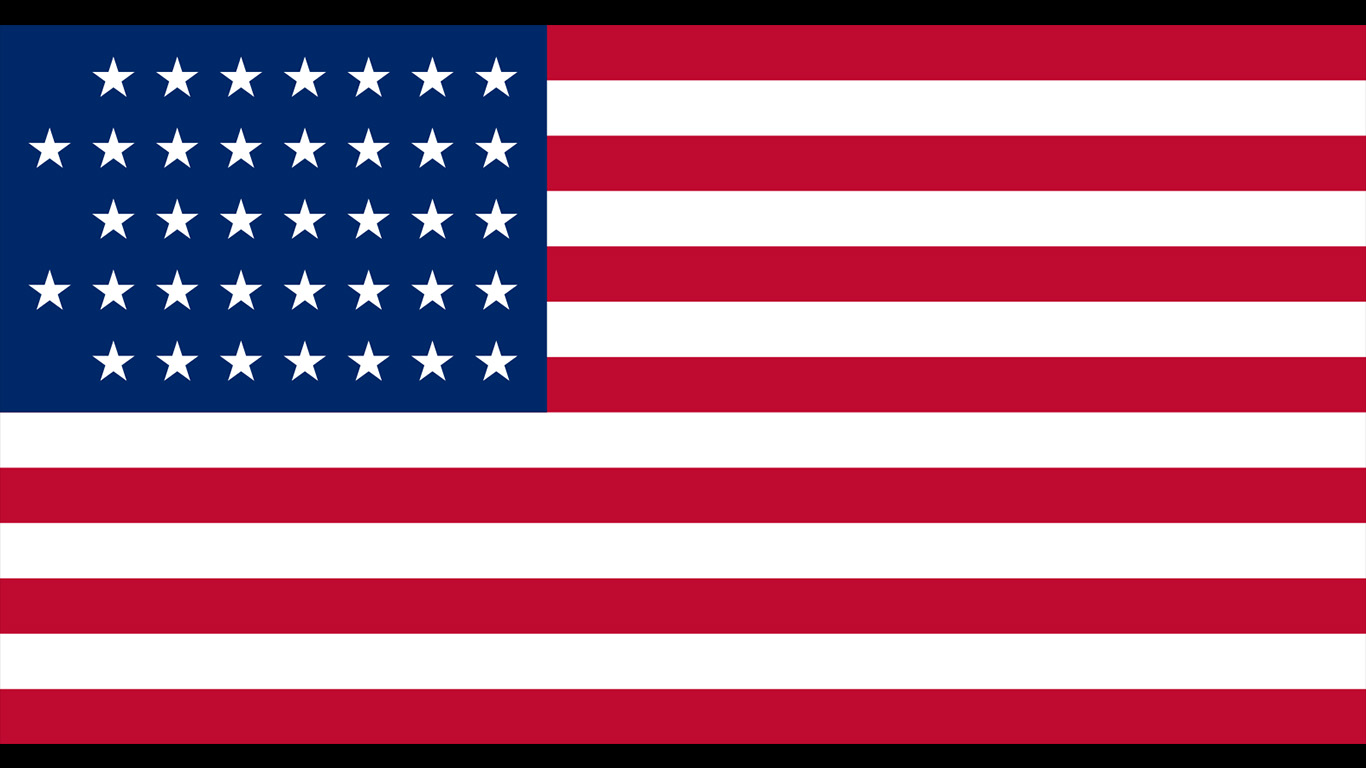 Nebraska was the first state to be admitted to the Union after the Civil War. After the Civil War, rapid economic development accelerated by the growth of railroads helped speed Nebraska’s admission to the Union on March 1, 1867, becoming the nation’s 37th state and the 37th star on the flag. 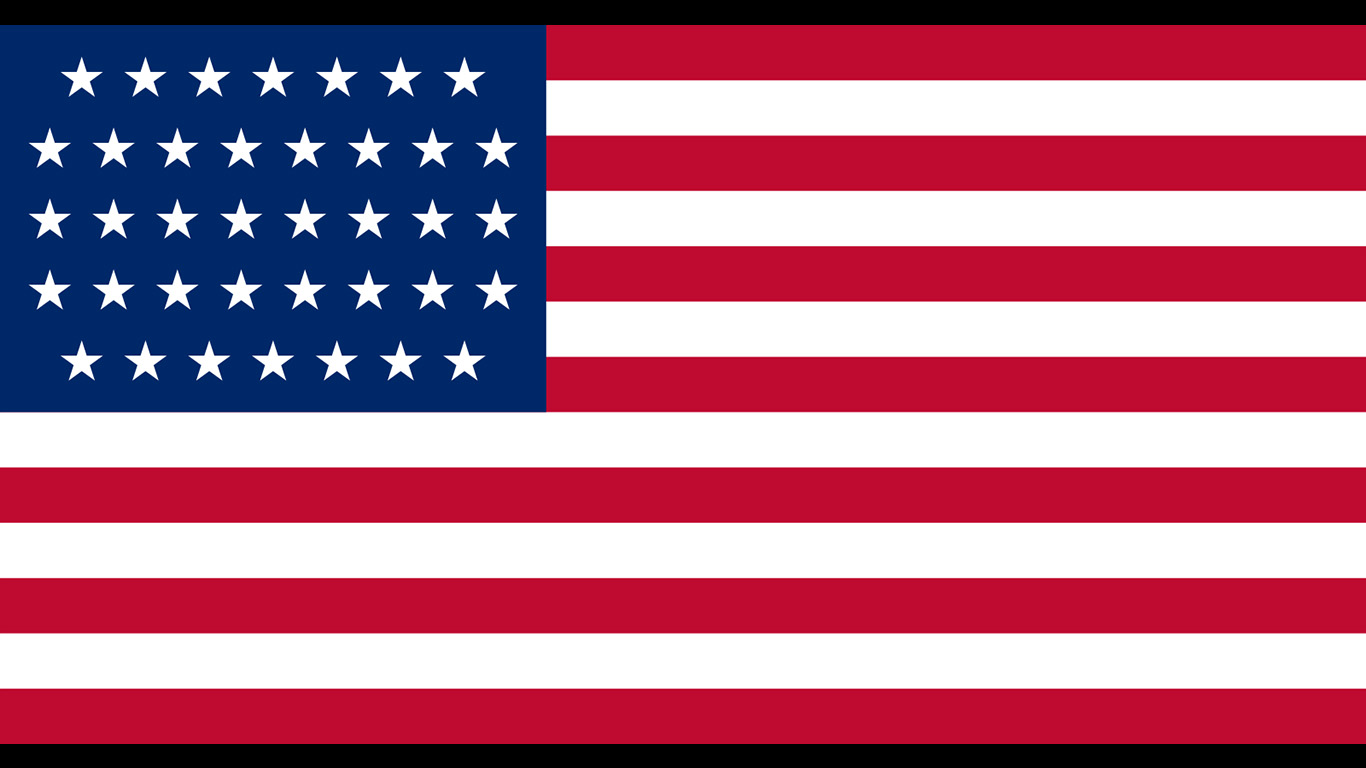 Colorado, a territory that partially came with the Louisiana Purchase in 1803, became the 38th state to join the Union on Aug. 1, 1876. Colorado’s admission had been vetoed by President Andrew Johnson, but President Ulysses S. Grant approved it. The 38-star flag would fly for 13 years.