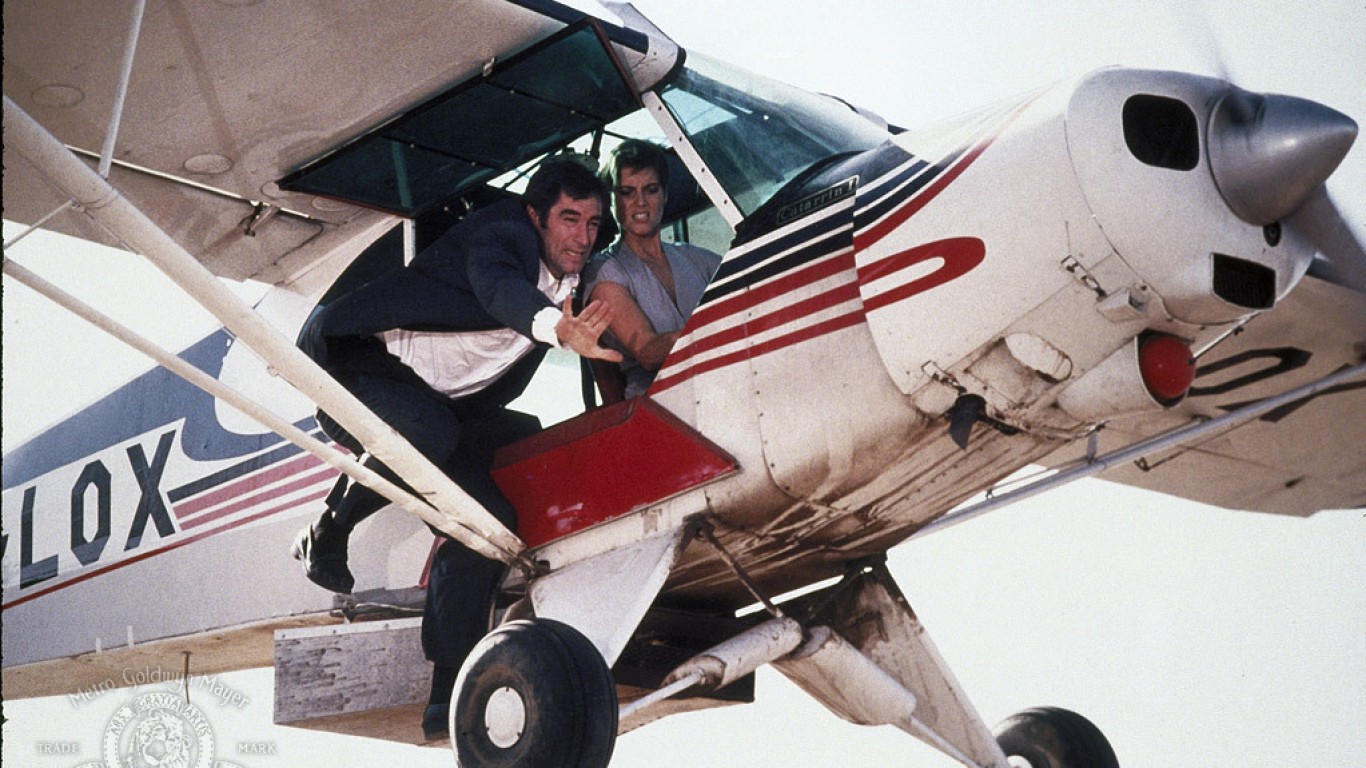 After Sean Connery and Roger Moore retired from the Bond series, Welsh-born actor Timothy Dalton took over as 007. In his second installment as Bond, Dalton resigns from MI6 to battle a drug lord (played by Robert Davi) who injured his friend, CIA agent Felix Leiter, and killed Leiter’s wife. At the end of the movie, Bond is offered his old job back, but Dalton departed the series. 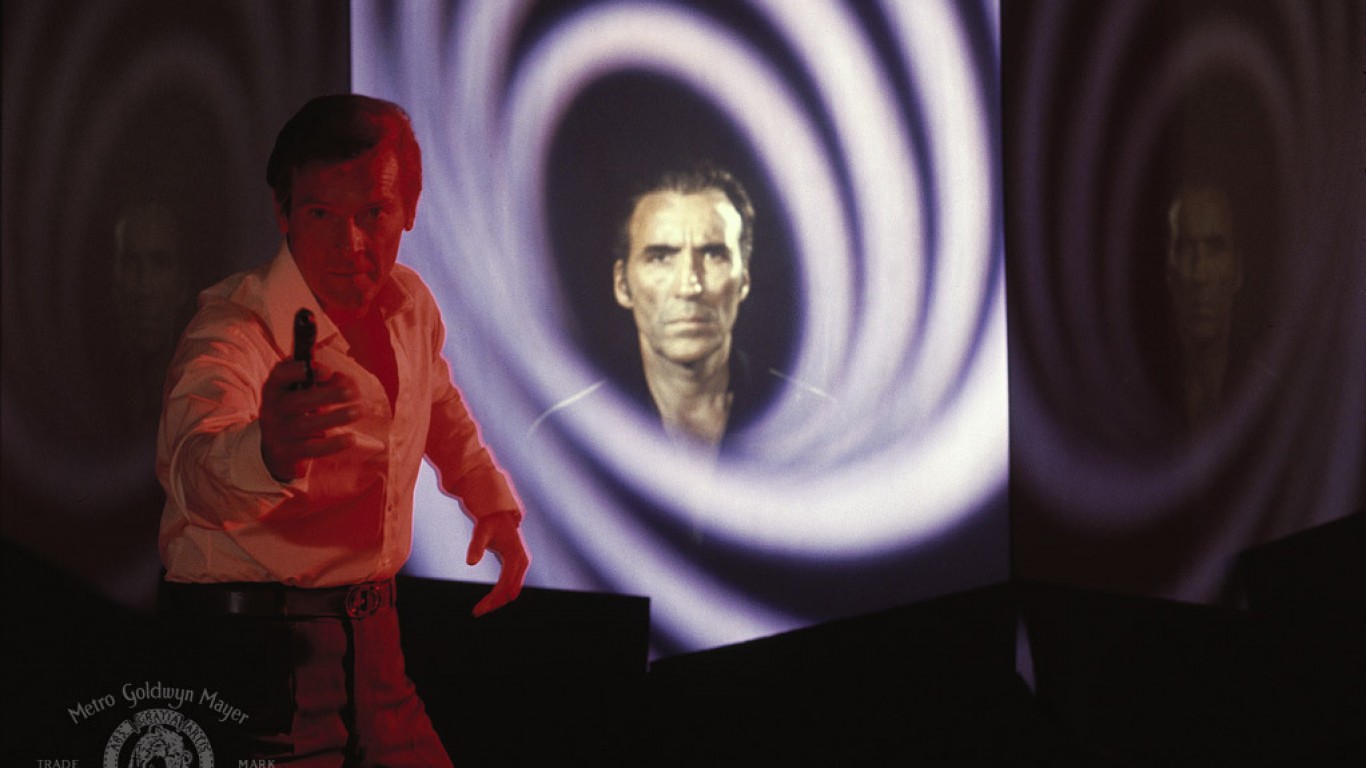 Number nine in the James Bond series stars Christopher Lee as assassin Francisco Scaramanga, who has set his sights on Bond. The title refers to Scaramanga’s penchant for using a golden gun to shoot his targets. The plot also involves the villain’s plan to sell powerful solar cell technology that can weaponize the sun’s heat. 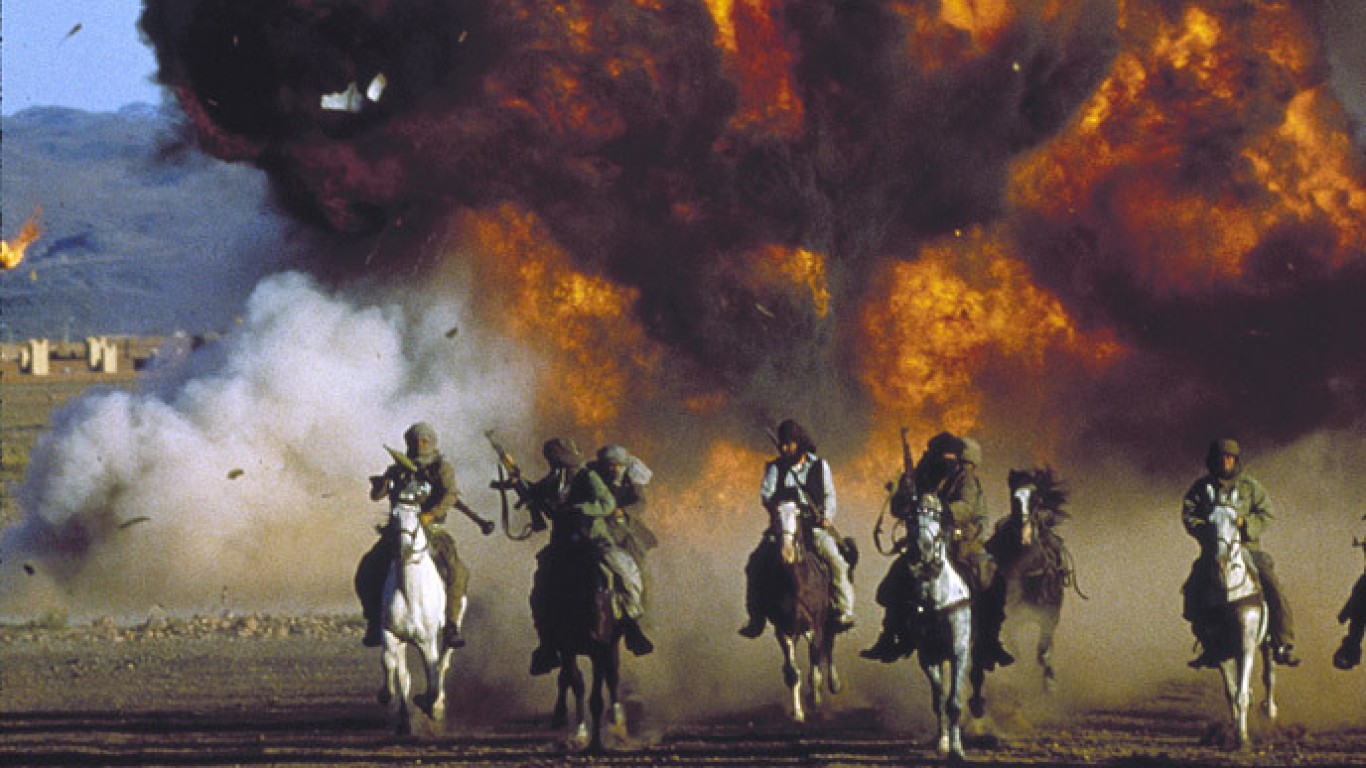 Timothy Dalton’s first go-around as James Bond harkens back to the series’ original focus on the Cold War between the Soviet Union and the West. Bond’s mission is to help a KGB general defect and stop the Soviet’s “Death to Spies” program. But it doesn’t go as planned (naturally), as everyone is double-dealing or has a shady arms deal on the side. Instead, Bond winds his way through Vienna and eventually Afghanistan. 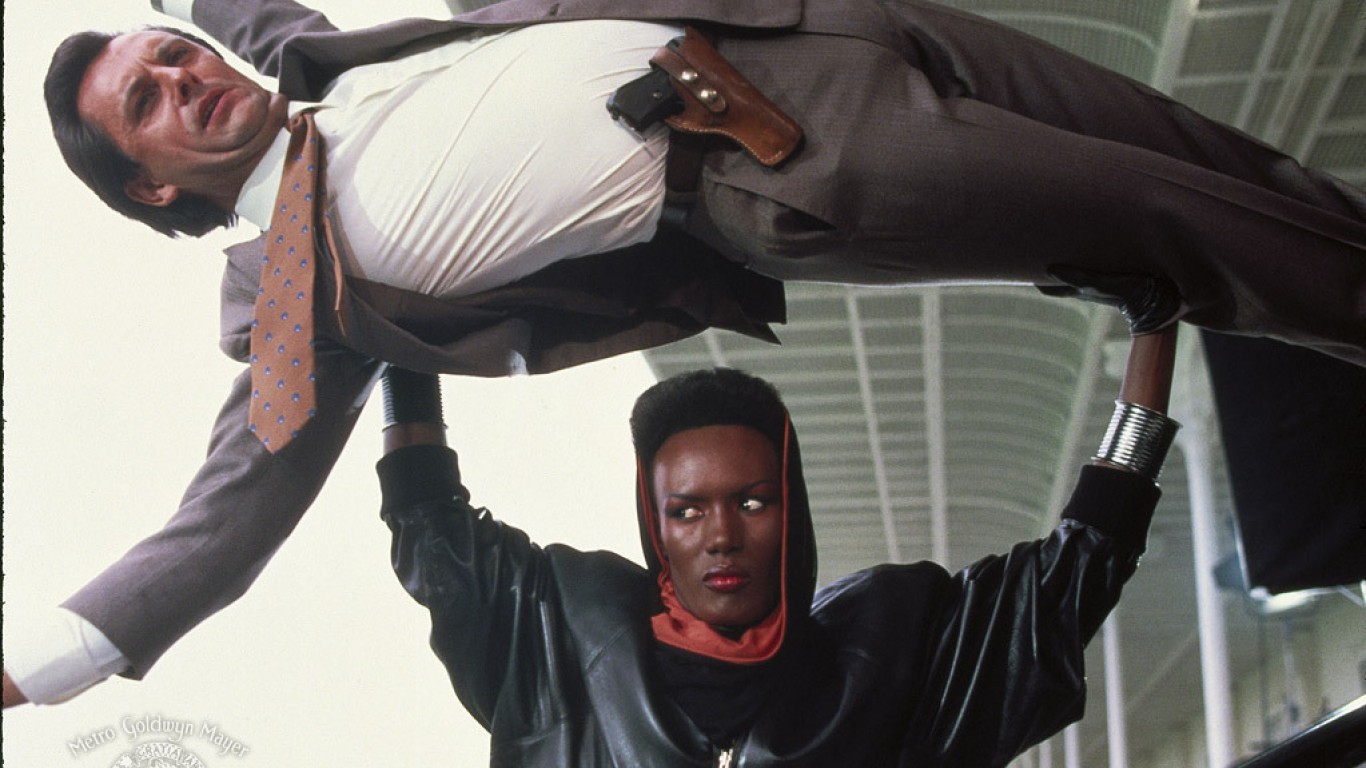 Roger Moore bid farewell to Bond in this 14th installment of the franchise as the British agent tracks down the origins of a microchip found in the body of a deal colleague. Christopher Walken plays a psychotic industrialist who wants to corner the market on microchips with the help of his bodyguard May Day (Grace Jones). Although the movie may have done reasonably well at the box office, “View to a Kill” garnered generally poor reviews for its campiness. 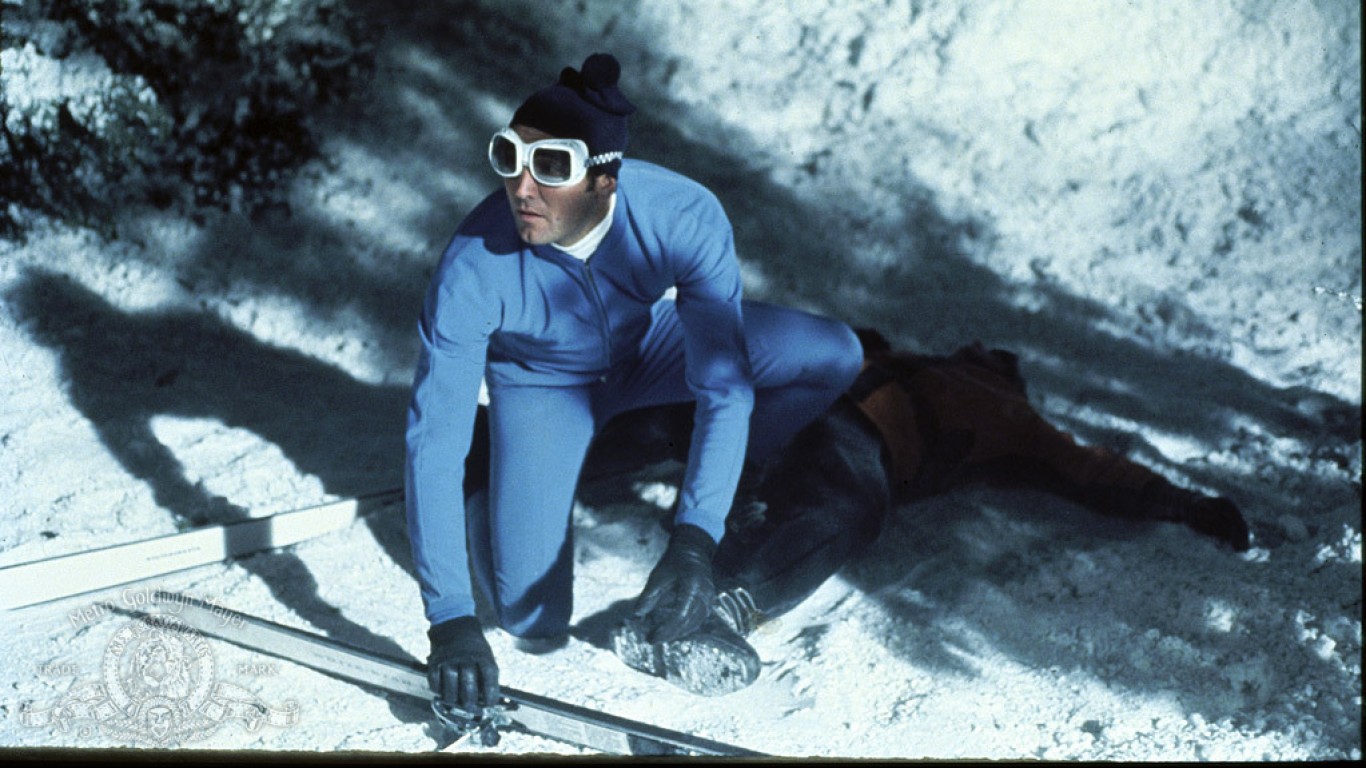 Following Sean Connery’s first retirement from the Bond series, Australian-born George Lazenby slipped into the role of the suave spy who once again battles his nemesis, Ernst Stavro Blofeld. Based on the 1963 novel of the same name, this installment is noteworthy because we meet Bond’s one and only wife, Tracy, played by the elegant Diana Rigg. (Spoiler alert: she dies.)