Everything You Know About Obesity Is Wrong 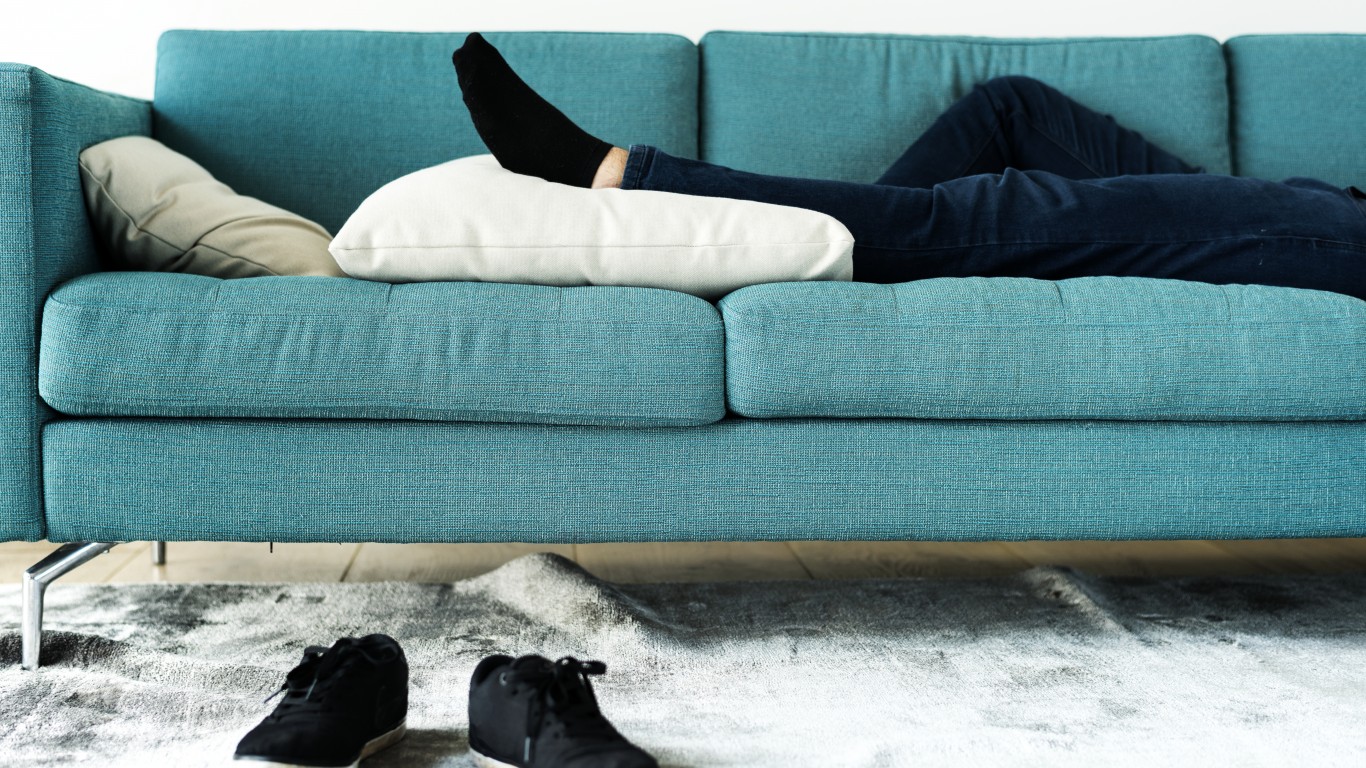 A common misconception is that obesity is caused by physical inactivity, overeating, or having a poor diet. However, according to current research, these are symptoms of obesity rather than the causes of the condition. How many calories a person burns — whether by exercising or not — depends on several factors, including gut microbes, hormones, and digestive enzymes.

There is also evidence that genetics, stress, medications, thyroid problems, even the foods and other lifestyle choices a baby was exposed to in the womb can contribute to unhealthy weight gain well into adulthood.

While lack of exercise may not be a contributing factor to obesity, lack of sleep is. Sleep deprivation messes with the two hormones that control appetite — ghrelin, which tells you you’re hungry, and leptin, which tells you you’re full. Lack of sleep leads to increased levels of ghrelin (increased appetite) and decreased levels of leptin (diminished feeling of fullness), possibly leading to weight gain. 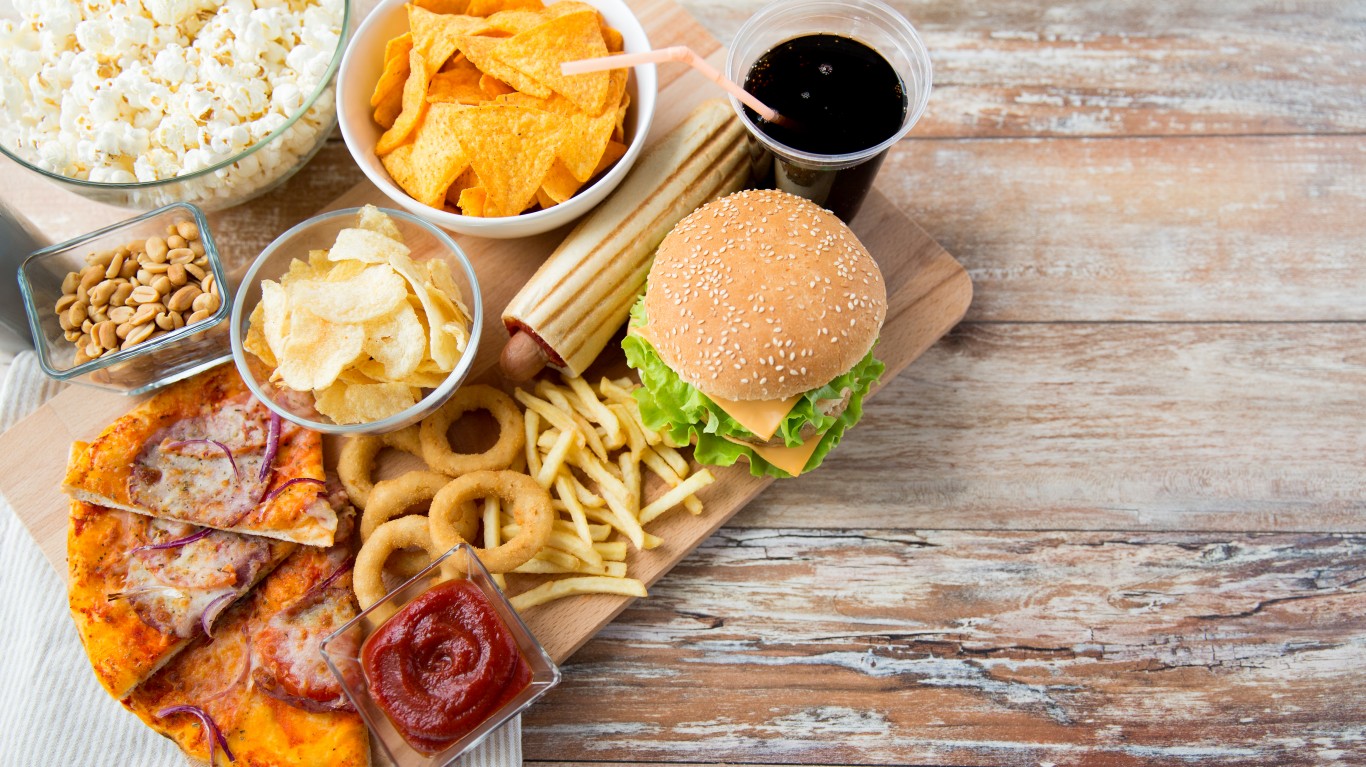 Obesity does not happen overnight. The condition develops gradually over time, as a result of several factors. But eating junk foods — which are normally highly processed foods rich in fat, sugar, and salt — is not the only reason for individual excess body weight and is not behind the obesity epidemic in the U.S., according to Cornell University researchers.

In a 2015 study, they found no significant difference in how much of these foods overweight or normal weight people consumed. In fact, people with healthy weight and those classified as obese consumed “nearly identical amounts on average” of junk food, according to the study, which examined 2007-2008 national data about people’s eating habits based on their body mass index.

24/7 Wall St.
The 17 Biggest Myths About Boosting Metabolism That Just Won’t Go Away 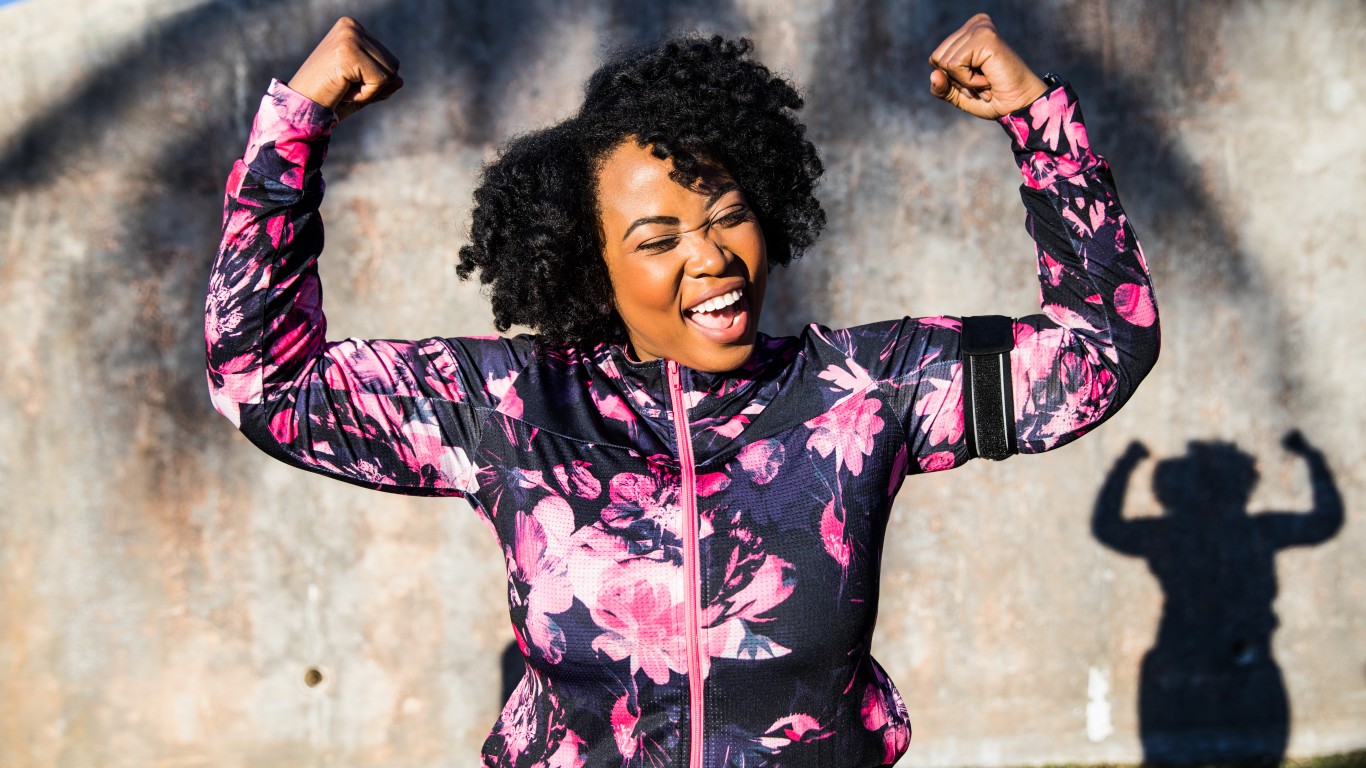 Myth No. 3: People who are obese are not physically active

A common misconception is that people who are obese are inactive. A 2011 study found relatively small variations in the amount of steps normal weight, overweight, and obese people walked in the study period. The largest difference was just over 1,000 steps for women and 2,000 steps for men.

The study used accelerometers to measure the activity levels of more than 2,800 adults aged 20-79 years for four days. Though it’s true that the participants’ step counts were lower as their weight increased, the differences were far smaller than the common conception. Men with a healthy weight walked on average 10,577 steps, compared to 9,491 steps for those who were overweight walked, and 8,342 for obese men. The difference among women was even smaller. Considering that someone who is overweight or obese expends more energy with each step, the difference in overall energy expenditures may be really small. 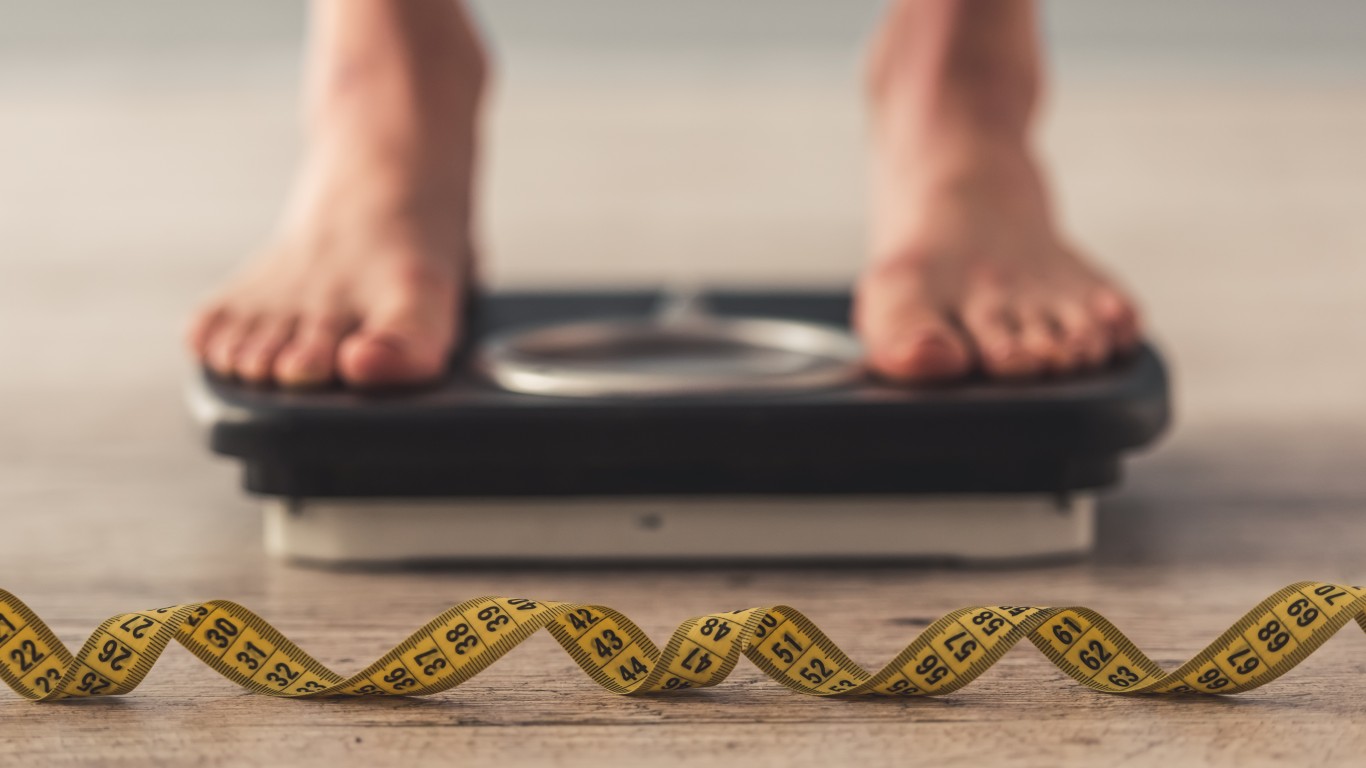 Myth No. 4: Restrictive diets are helpful in the long-term

A 2020 trials review of nearly 22,000 people, published in the BMJ, found that most diets — including the popular paleo, keto, and Mediterranean diets — result in weight loss and lower blood pressure, but these achievements disappeared after a year.

Eating less and cutting out foods high in fat and sugar, which is what essentially all diets focus on, will usually result in shedding off excess weight. But people often go back to old eating habits after they reach their weight loss goal. 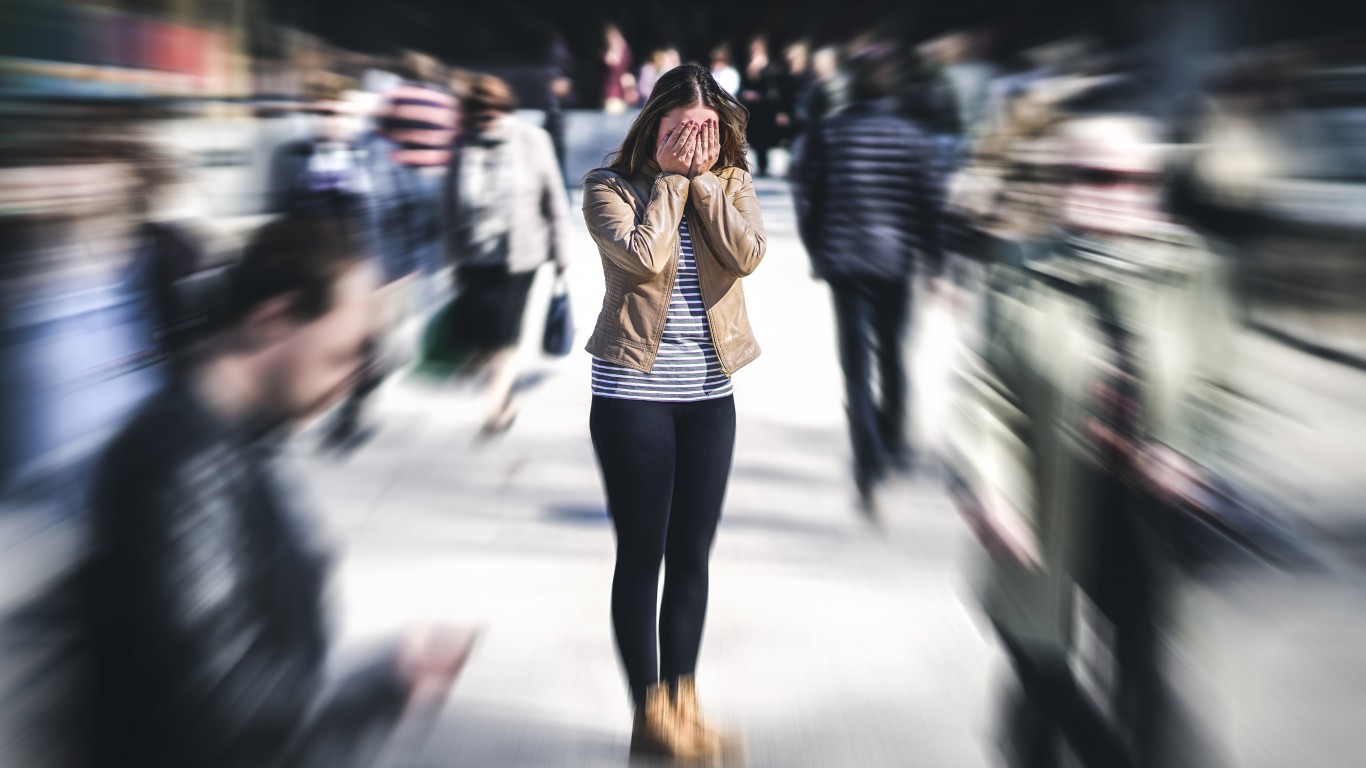 Myth No. 5: Weight loss has no bad side effects

Though weight loss for those with unhealthy weight tends to have physically healthy effects, it may come with certain bad side effects, namely psychological stress and increased risk of depressive symptoms. What’s more, both these effects are known to significantly increase the risk of weight gain. Once a person places significance on body image, any changes may be magnified. They may feel more pressure to maintain their weight and even feel afraid of being perceived as a failure if they gain the weight back.

A 2014 study by the University College London found that losing weight doesn’t necessarily improve mental health. Overweight and obese participants who dropped more than 5% of their body weight over four years were 52% more likely to experience depressed mood than those who stayed within 5% of their initial weight.