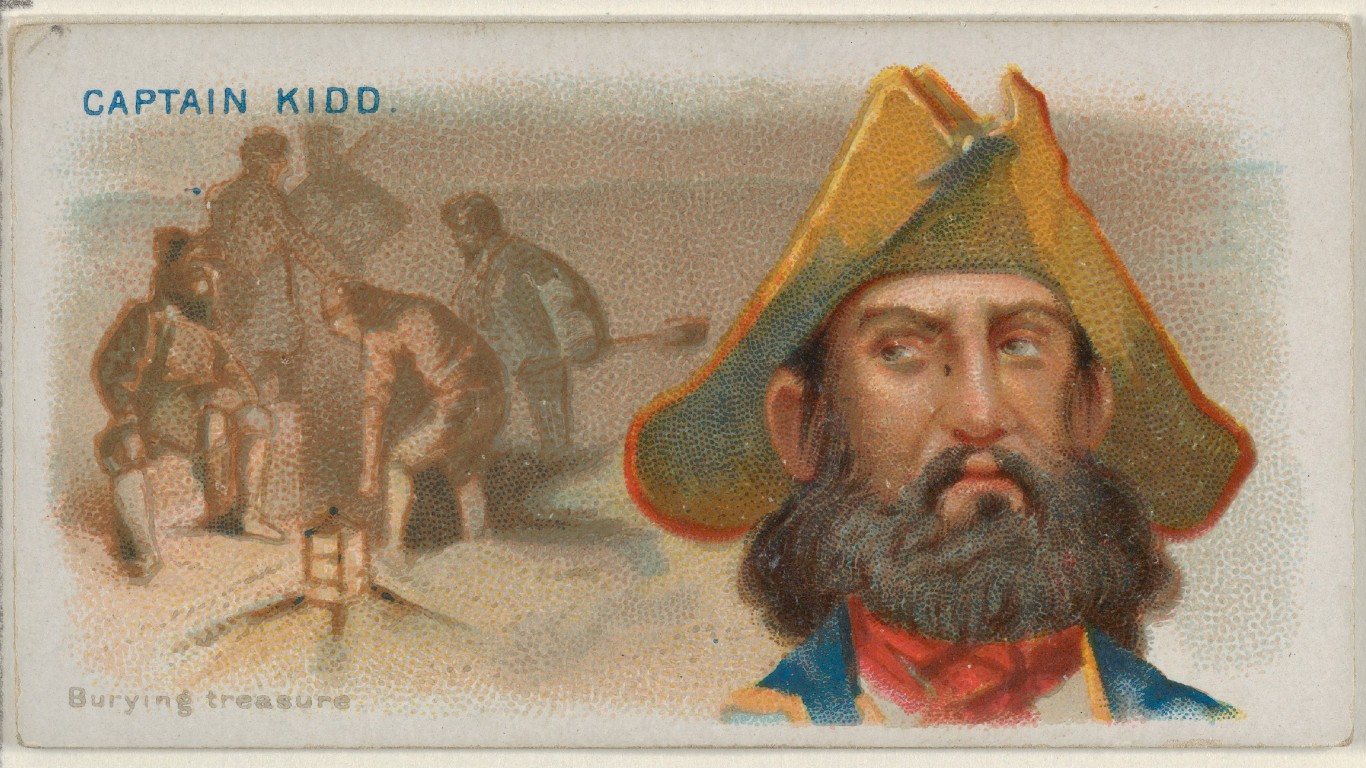 Beginning his career as a sea captain and then a privateer, William Kidd was commissioned by England to protect British trade routes in the Caribbean and to help rid the Indian Ocean of pirates. In a strange turn of events, Kidd and his crew attacked and captured a merchant ship, burying much of the loot. Kidd was eventually tried and hanged for piracy. 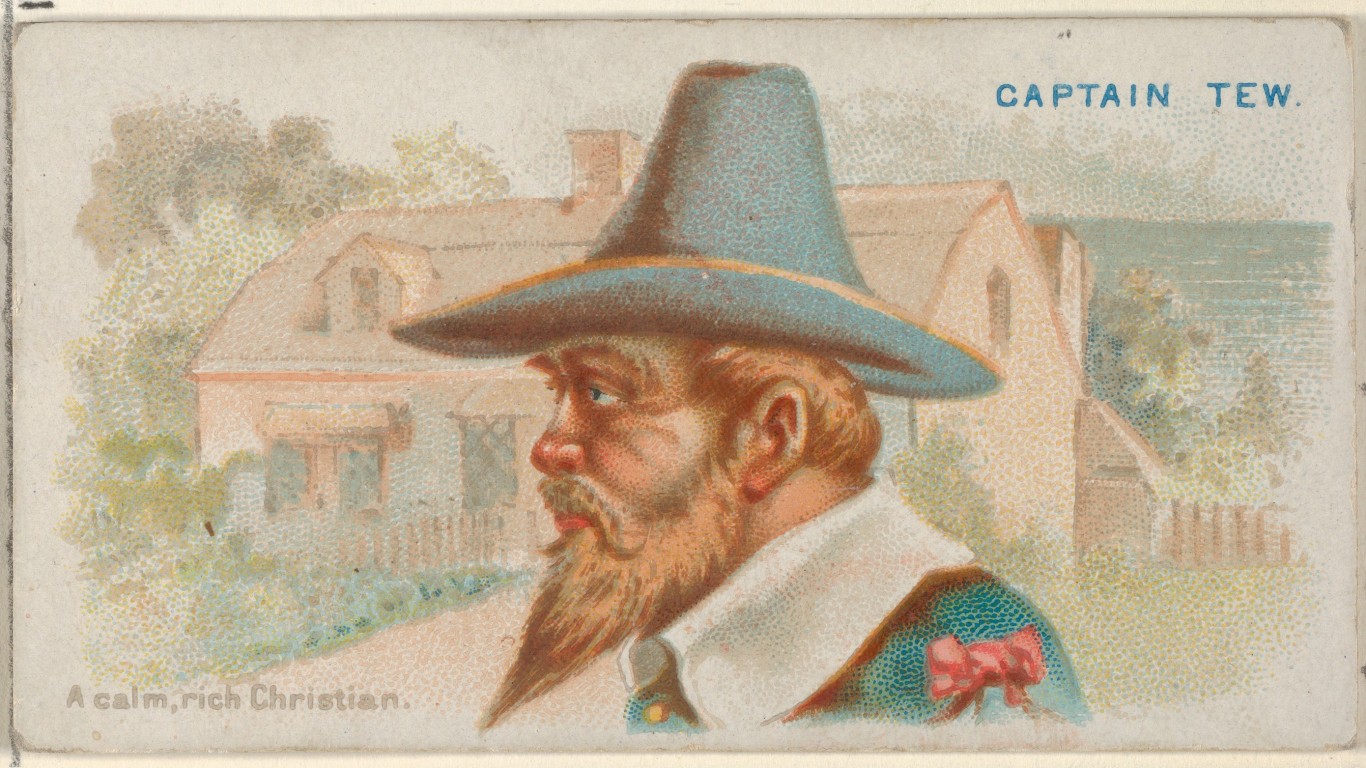 Thomas Tew, aka the Rhode Island Pirate, is purported to have been one of the founders of Libertatia, a possibly fictional pirate colony on the island of Madagascar. Although it’s hard to distinguish fact from legend in the lore surrounding this British privateer-turned-pirate, historians agree that he engaged in two major pirating cruises across the Atlantic to the Indian Ocean and was disemboweled by a cannon shot on the second mission.

24/7 Wall St.
This Is Best Place to Enjoy the Water in Each State 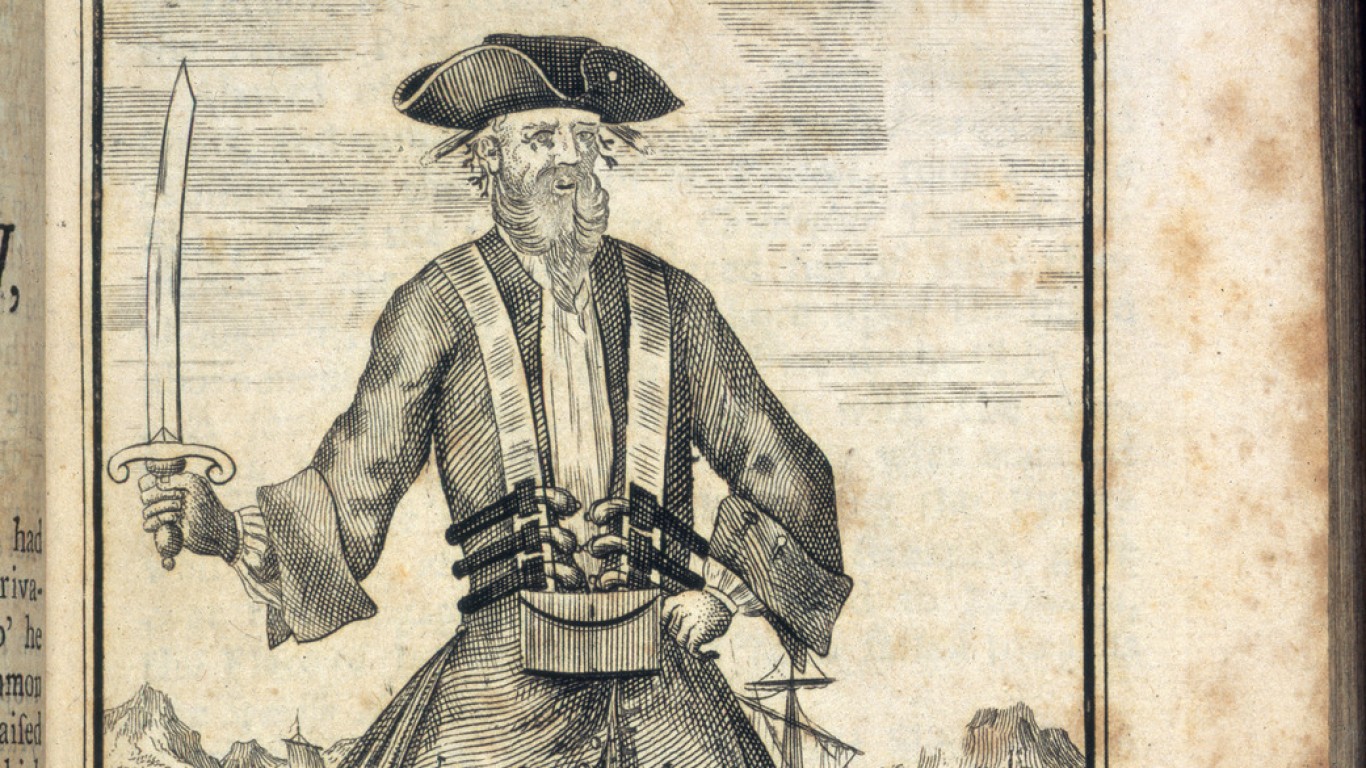 This infamously fearsome pirate was known for attaching smoking fuses to his hat to intimidate his foes. After blockading the port of Charles Town (now Charleston), South Carolina, and seizing payment from the townspeople, Blackbeard was pardoned, only to take to the seas again. The lieutenant governor of Virginia and the British naval officer Robert Maynard set a trap for the pirate off Ocracoke Island, and he was shot and stabbed to death. 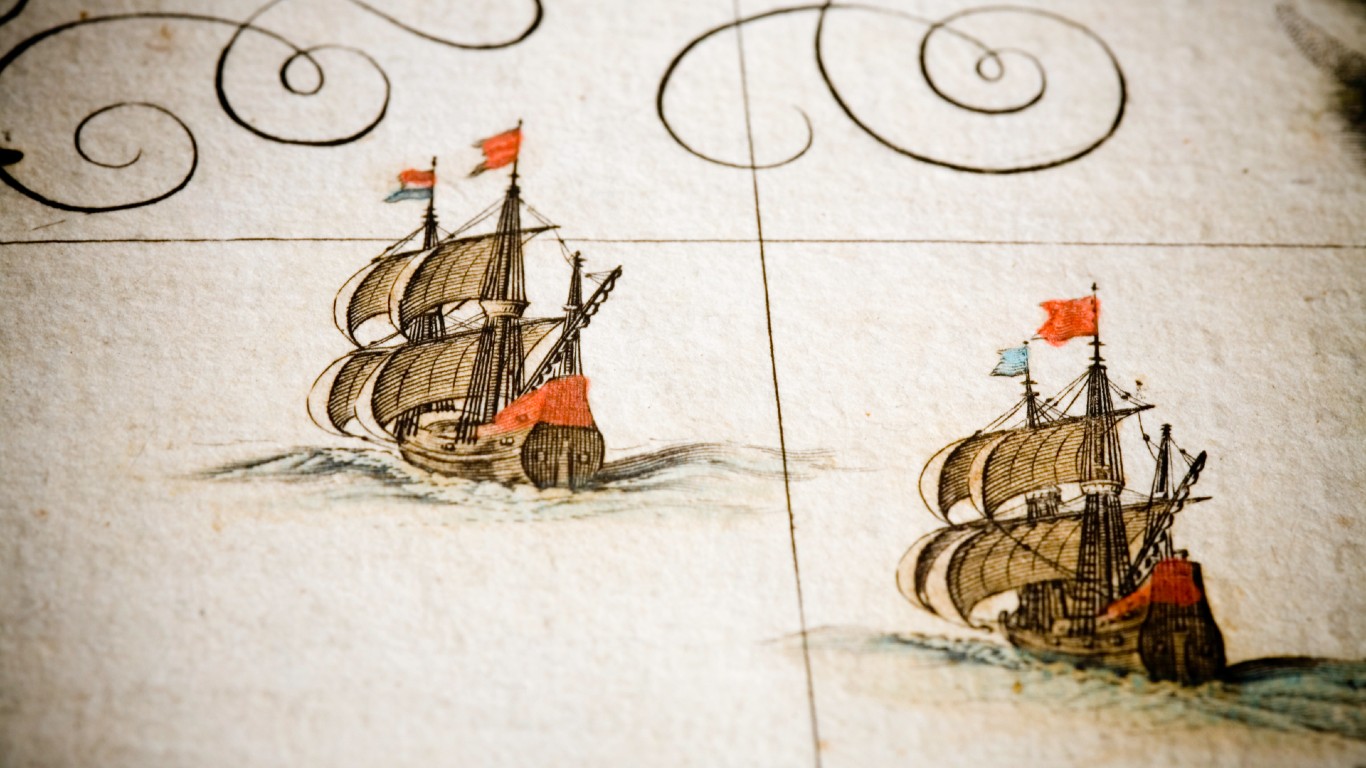 Known as a kind and skilled ship captain, Benjamin Hornigold helped found the Republic of Pirates in Nassau and spent his days harassing merchant ships in the Caribbean. In a rare turn of events, he was offered a pardon by the governor of the Bahamas and became a pirate hunter, turning on many of his allies, including his former second in command, Blackbeard. 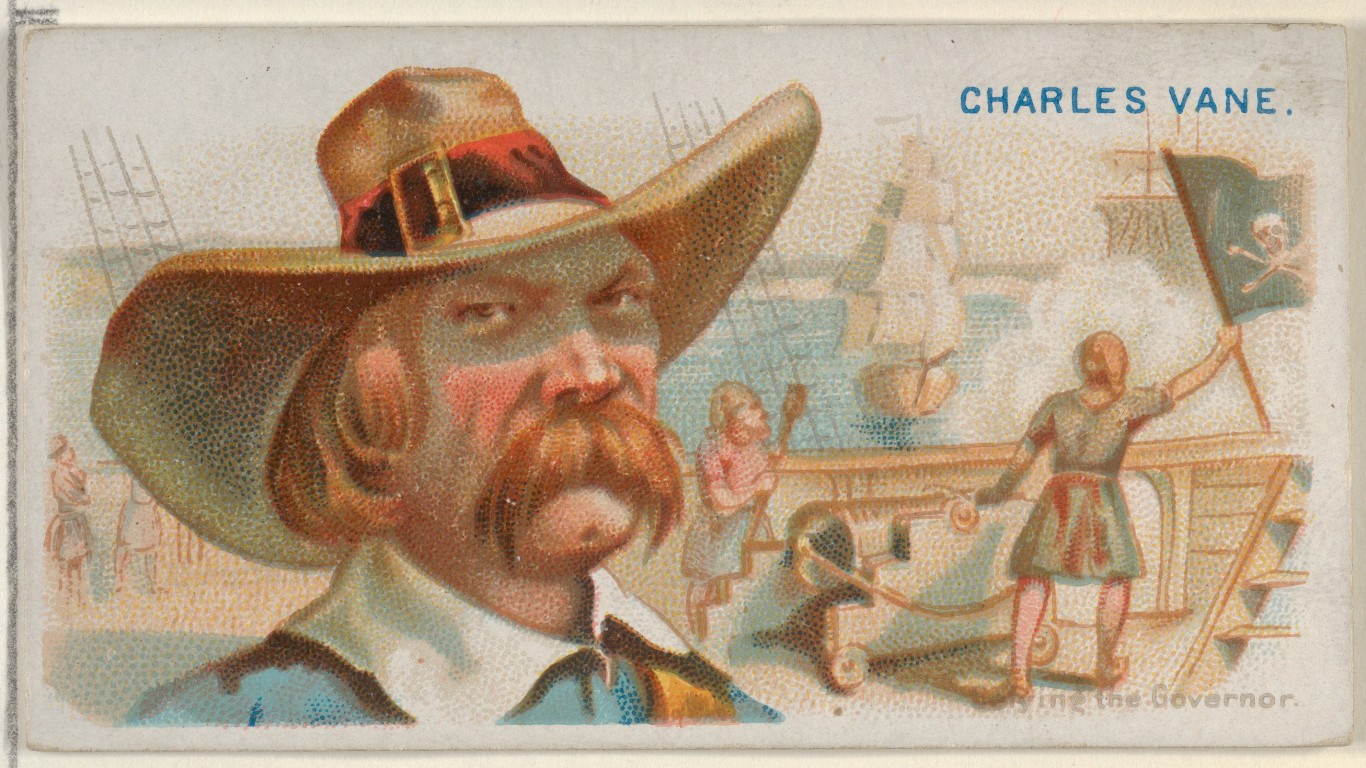 A leader of the Republic of Pirates, Charles Vane was a cruel captain, who was known for torturing and killing the sailors from ships he captured. After being granted a King’s Pardon for piracy, Vane wasted no time in continuing to attack ships. When a shipwreck left him marooned on an island off the coast of Honduras, Vane was discovered by a British crew, arrested, and hanged for his crimes.