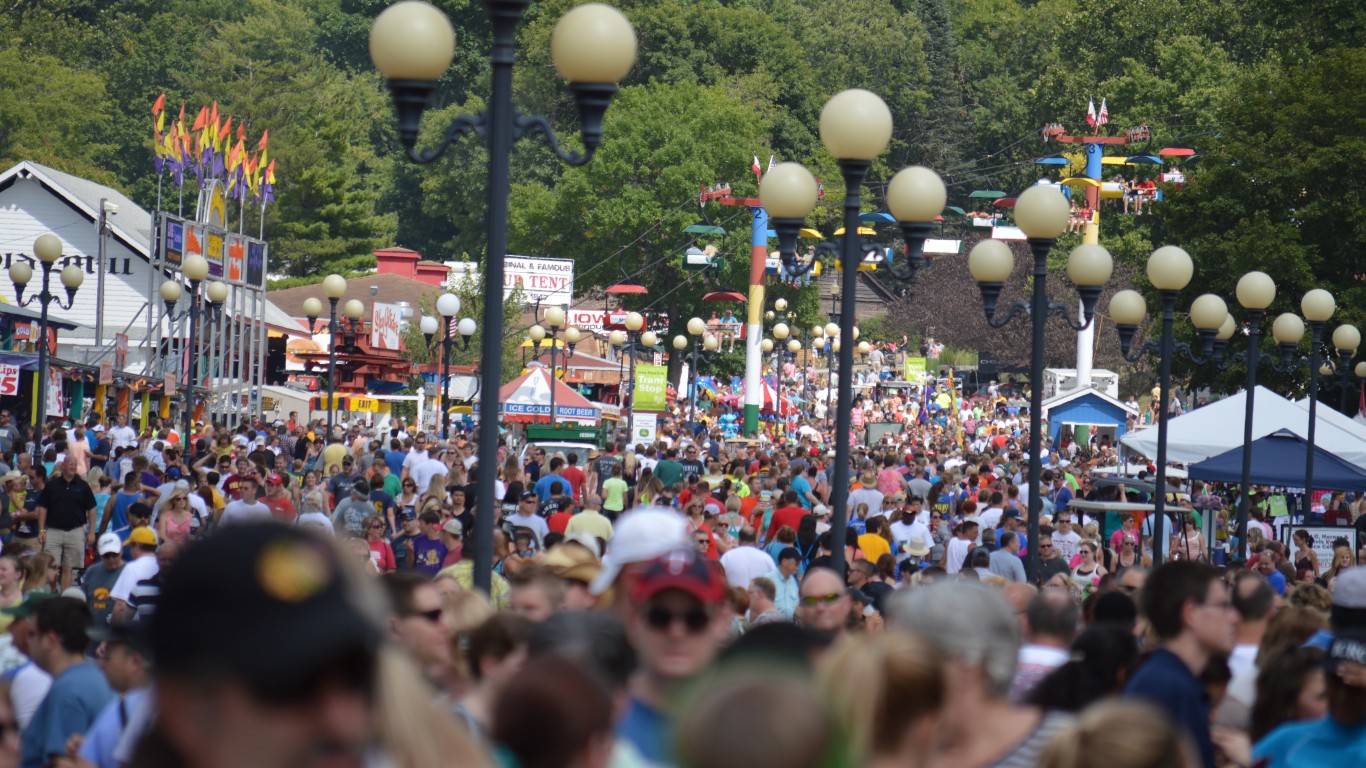 Iowa’s residents 65 and older report feeling better, both mentally and physically, than older residents in almost every other state. Just 4.6% of older Iowans report frequent mental distress in a given month, the lowest share in the country and well below the 7.9% national average. The age group also reports an average of 4.4 physically unhealthy days per month, a full day below the national average of 5.5 days a month and the fourth lowest rate among states.

These positive health outcomes could be due to the high level of preventive care in the state. Some 45.0% of women 65 and older are up to date on important immunizations and cancer screenings, the eighth largest share among states. Even a higher share of older male residents are up to date, as 46.0% have had the recommended clinical preventive services, the sixth largest shares in the country. 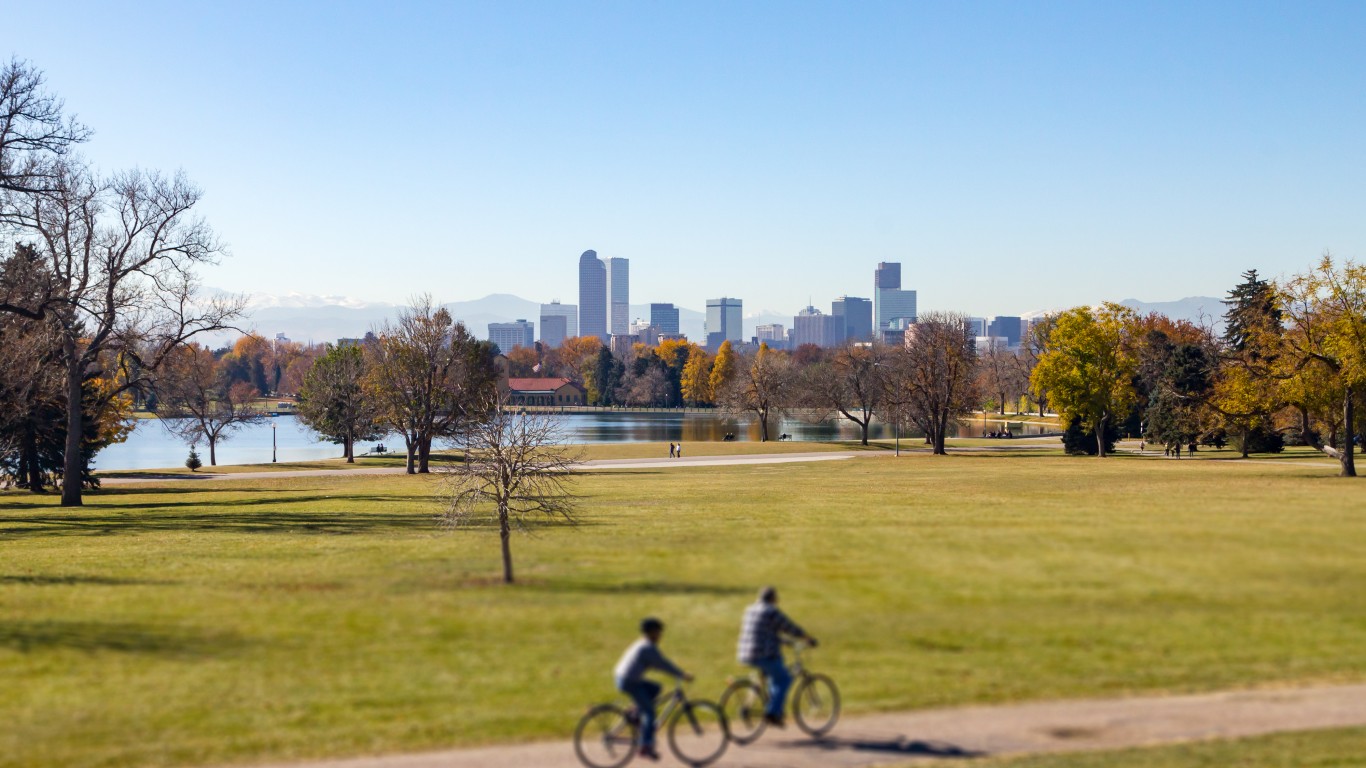 Colorado older residents are the most active in the country. Just 21.6% of state residents age 65 and over lead sedentary lifestyles — well below the 32.3% share nationwide. Similarly, Colorado’s obesity rate among older adults is only 14.9%, the 10th lowest share of all states and well below the comparable national rate of 29.0%.

Older residents in Colorado are the least likely to have a disability. About 32.4% of state residents 65 and over report having any kind of disability, compared to 44.0% of older Americans nationwide. Colorado older residents are generally in good physical health. State residents 65 and older report an average of 4.5 physically unhealthy days in a given month, compared with the 5.5 unhealthy days reported by older Americans nationwide.

24/7 Wall St.
What It Costs to Retire in Every State 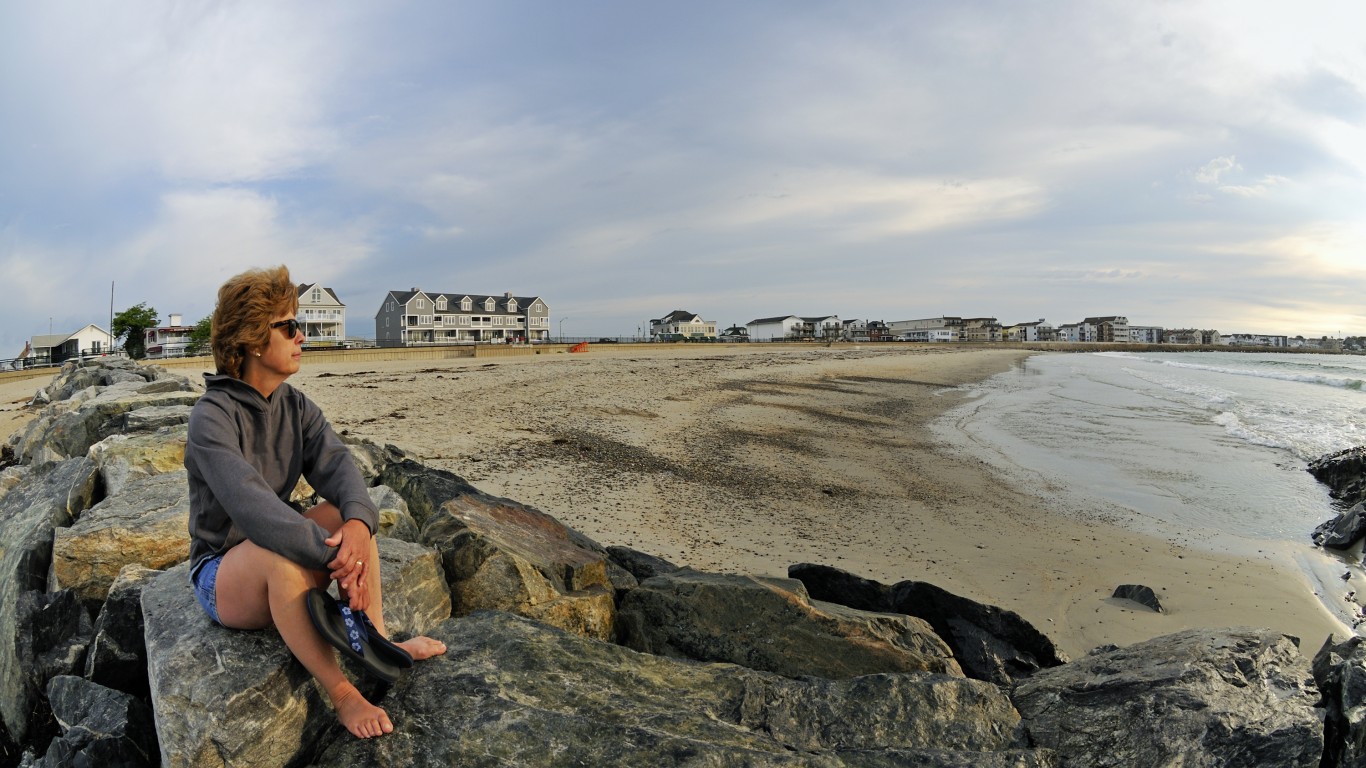 Older Americans in New Hampshire are healthier than those almost anywhere else in the country. A large share of state residents 65 and older seek and receive preventive care measures. Some 78.6% of 65 and older adults with pre-existing conditions are up to date on important clinical services such pneumococcal vaccinations, the highest rate in the nation. Older New Hampshire residents are also some of the least likely to have a disability, at 35.4% of adults 65 and over, the third lowest share of all states and much less than the 44.0% share nationwide. 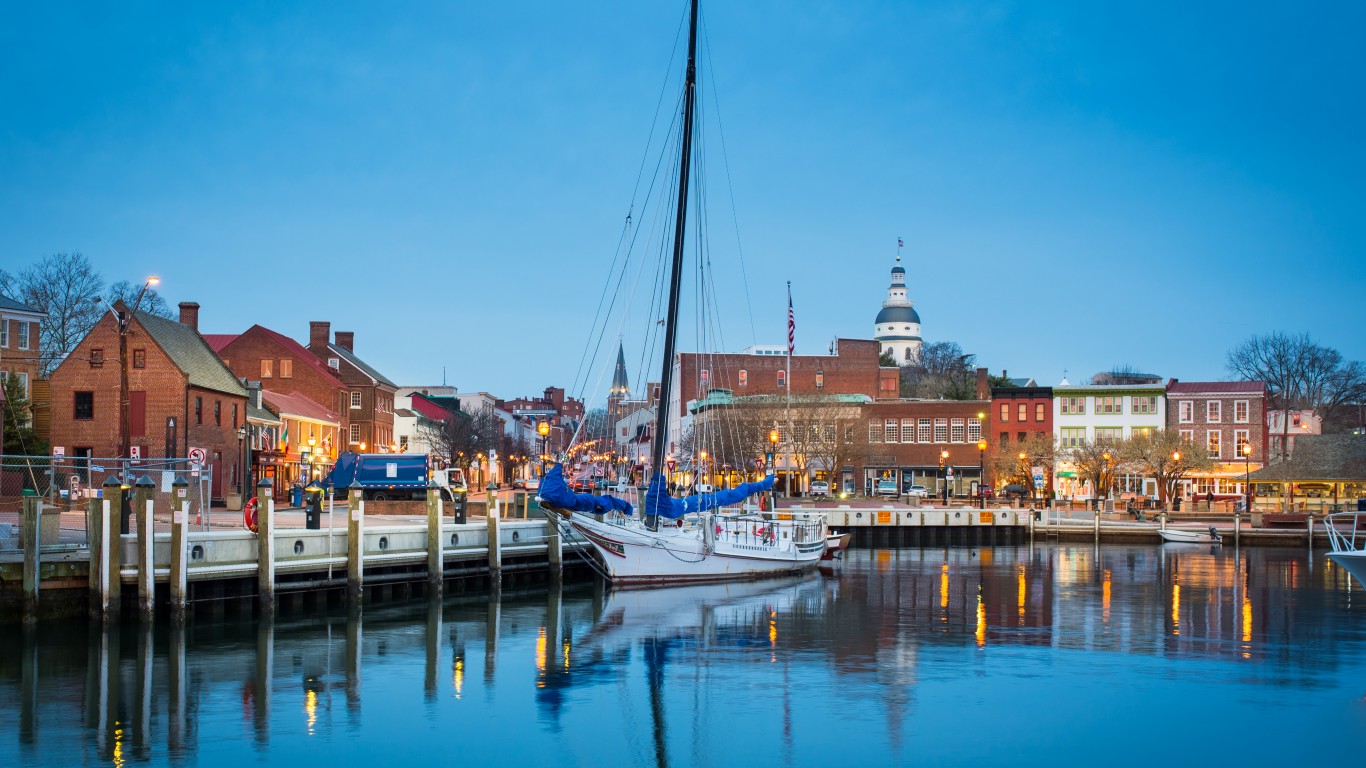 Maryland’s 65 and older population tends to report relatively healthy lifestyles. For example, older residents are more likely to eat the recommended amount of fruits and vegetables a day than older Americans nationwide. Additionally, both older men and older women in the state are more likely to be up to date with the CDC’s recommended set of clinical preventive services than their peers in the U.S. as a whole.

Wealthier Americans can afford a wider range of healthy options related to diet and lifestyle. In Maryland, the average retirement income is $39,025 a year, the second highest in the country for the age group and well above the $30,512 national average. 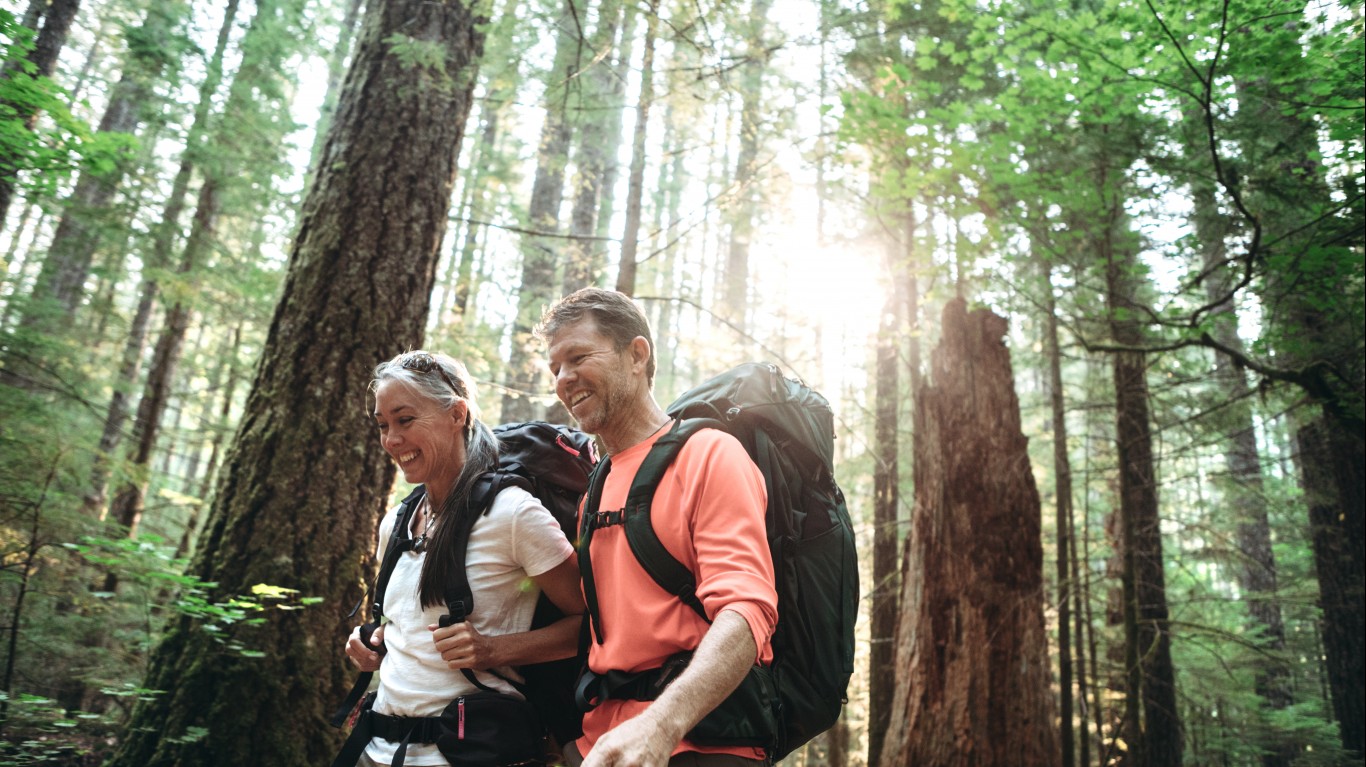 Washington’s older residents also tend to be physically active. Some 23.2% of people 65 and older do not exercise, the second smallest share nationwide. Older adults in the state are less likely to feel physically and mentally unwell than the typical American aged 65 and older. Of the state’s older residents, 6.2% reported feeling frequent mental distress, below the 7.9% share nationwide and the eighth lowest share of all states.