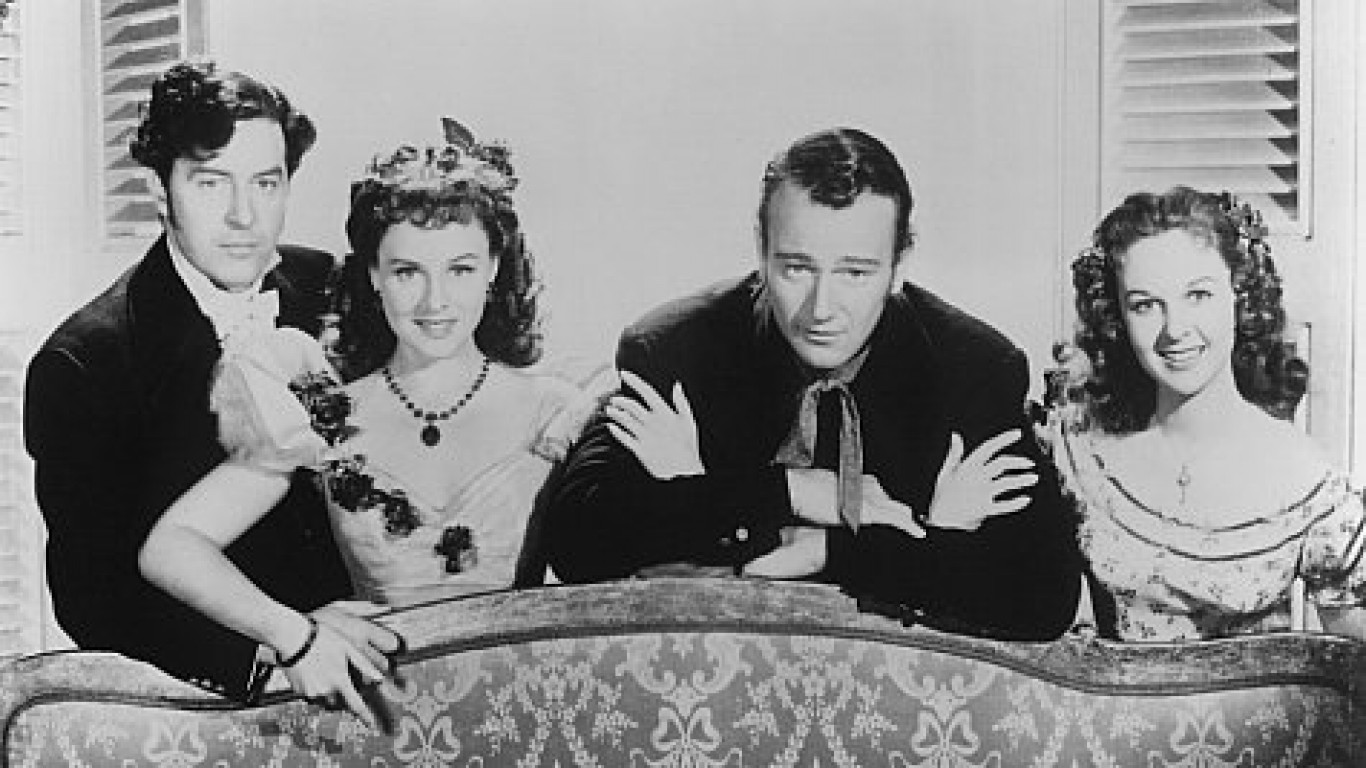 In “Reap the Wild Wind,” Wayne portrays a 19th century ship captain who falls in love with salvager Loxi Claiborne after a shipwreck. With another suitor in the mix, he must try to win Claiborne’s heart while fending off other villainous salvagers. Directed by Hollywood legend Cecil B. DeMilee, “Reap the Wild Win” was nominated for three Academy Awards, winning for best special effects. 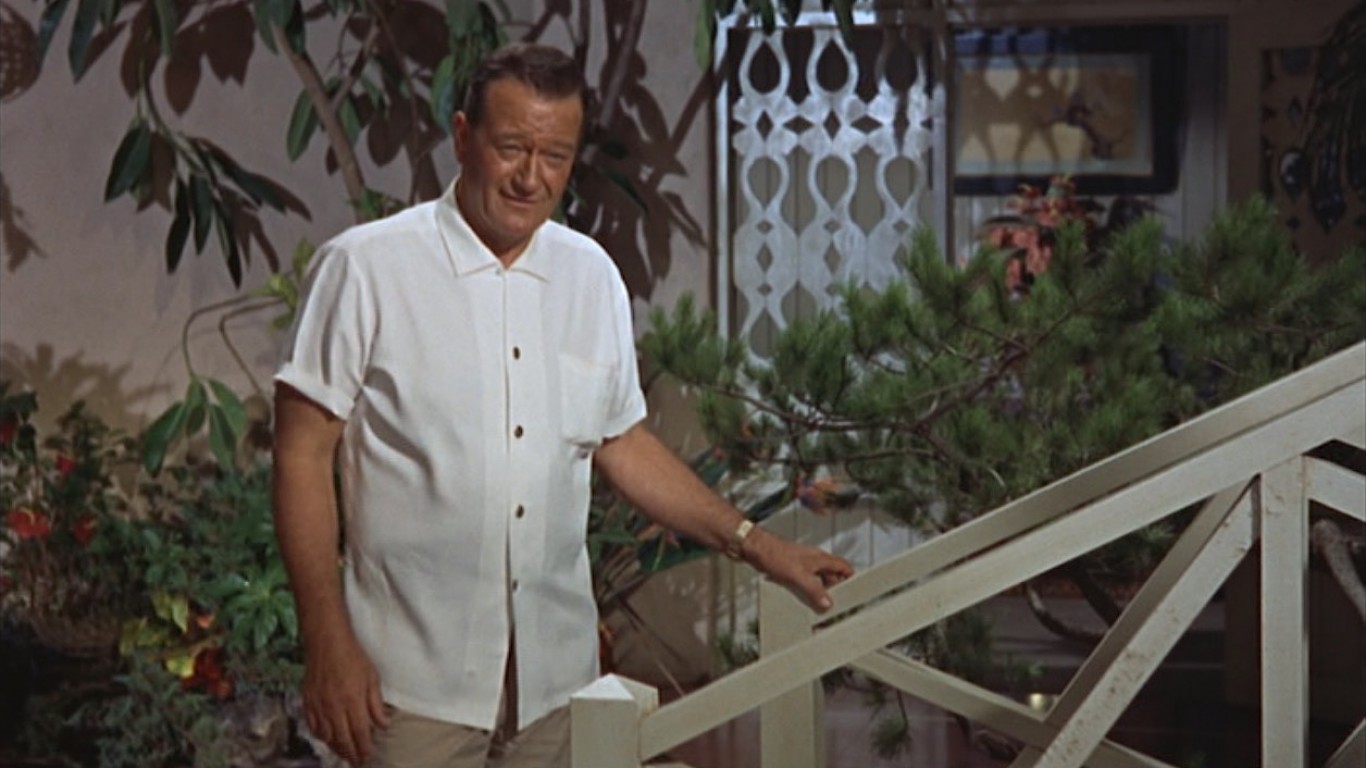 One of several Wayne attempts at comedy, “Donovan’s Reef” is the last collaboration between Wayne and director John Ford. The film follows three veterans on an island in French Polynesia who try to claim a fortune one of them has inherited. Though critics were not impressed, with just 50% giving the comedy a positive review, 77% of fans liked the movie. 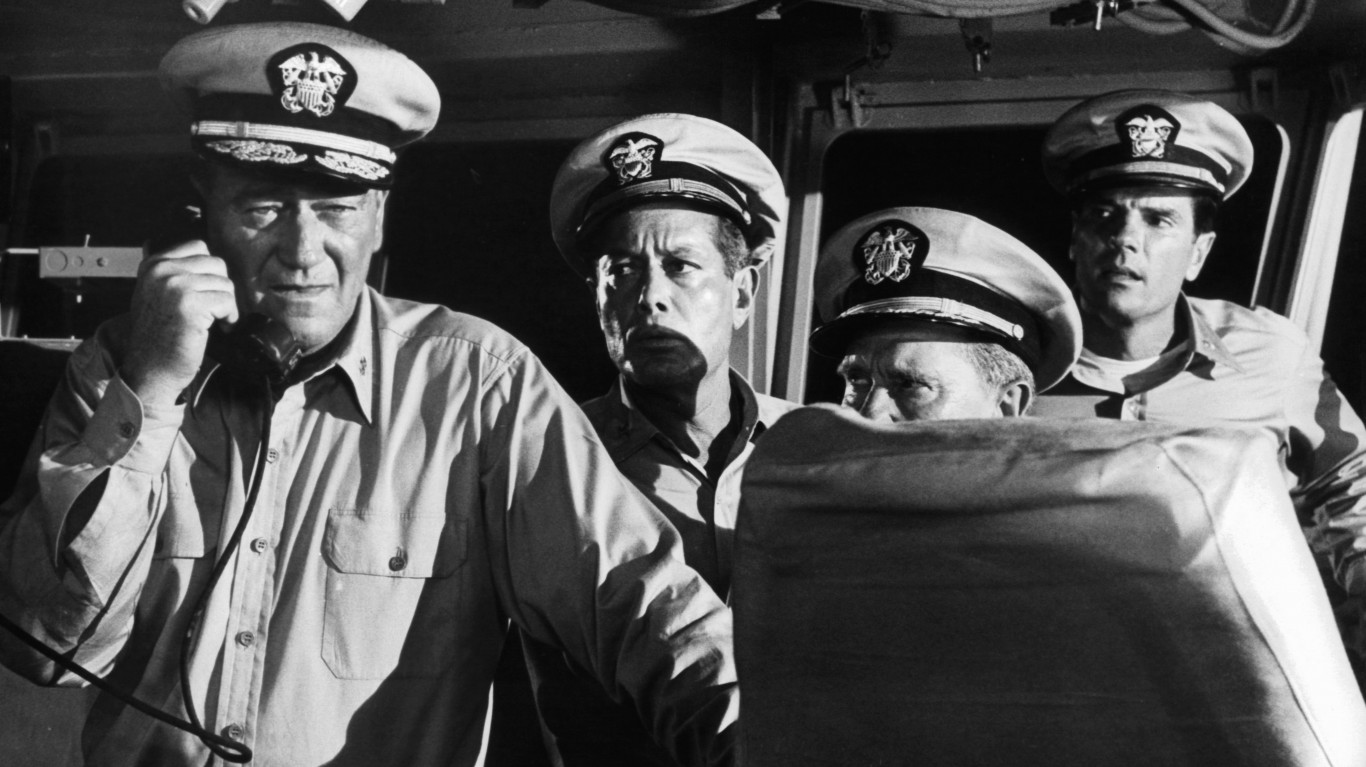 In another one of his military roles, Wayne stars in 1965’s “In Harm’s Way” as Naval officer Capt. Rockwell Torrey. Torrey gets his ship through Pearl Harbor unscathed, but is demoted after his negligence in a subsequent battle causes that same ship to be damaged. Afterwards, Torrey works to get his personal life back on track, before duty calls again, giving him a chance to earn redemption. In addition to Wayne, the film had a star-studded cast, which included Patricia Neal, Kirk Douglas, and Henry Fonda. 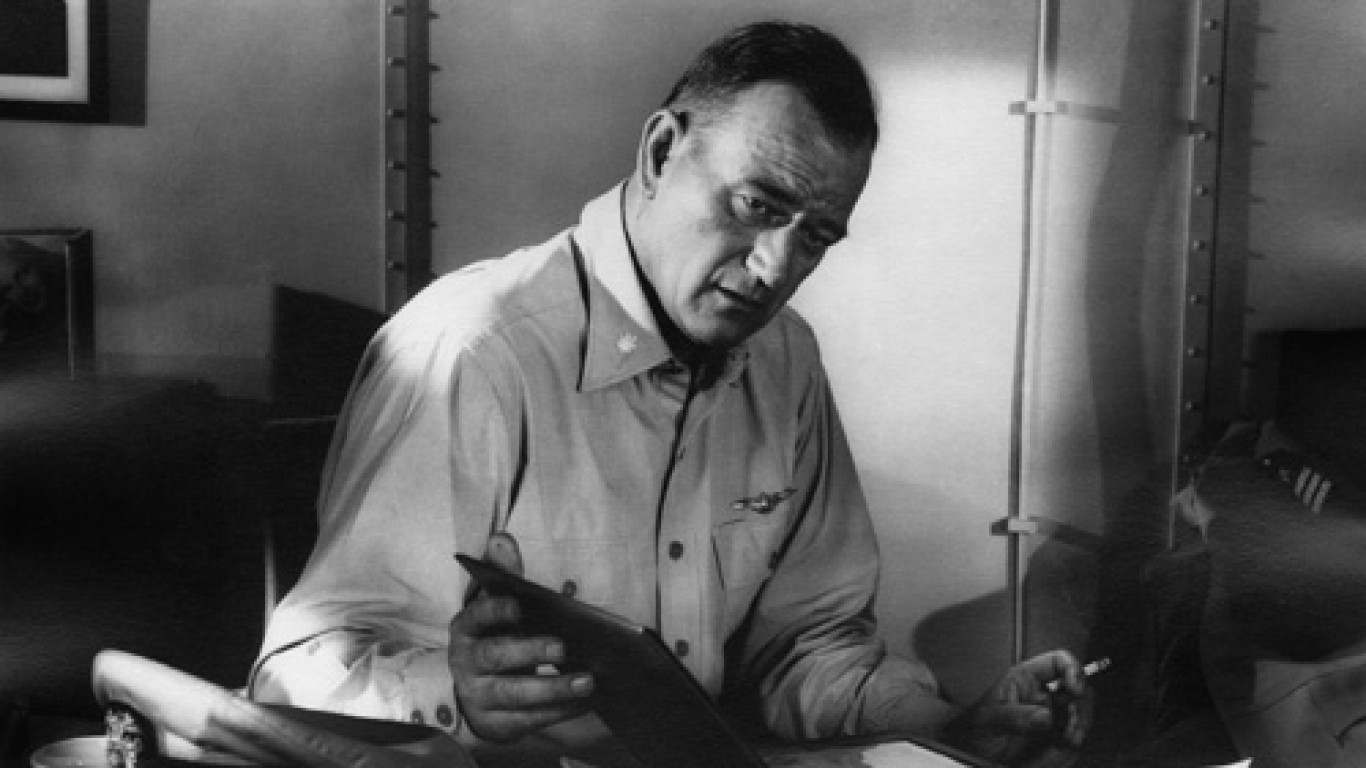 In “The Wings of Eagles” Wayne yet again steps into the role of a military fighter pilot. This time, Wayne plays the real-life Frank “Spig” Wead — a dedicated Navy pilot who puts his family on the backburner to further his career. When Wead is paralyzed in an accident, he spurns his family and becomes a Hollywood screenwriter, turning his war stories into movie scripts. After becoming wealthy, Wead remains split between his patriotism and his desire to reconnect with his family. 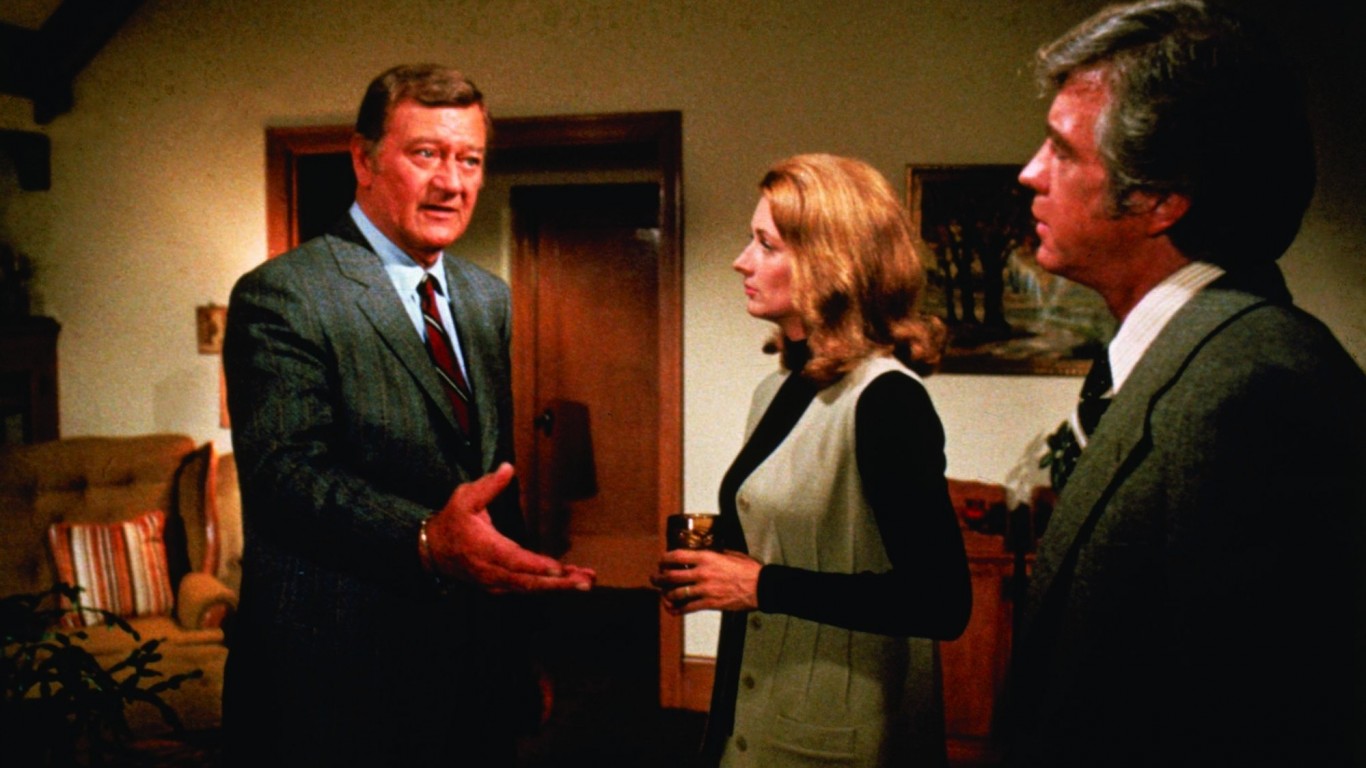 The 1974 police drama “McQ” was one of Wayne’s final movies before his death in 1979. Wayne plays the titular McQ, a Seattle police lieutenant who uncovers rampant corruption within his own department when he learns that his murdered partner was involved in an underground narcotics operation.