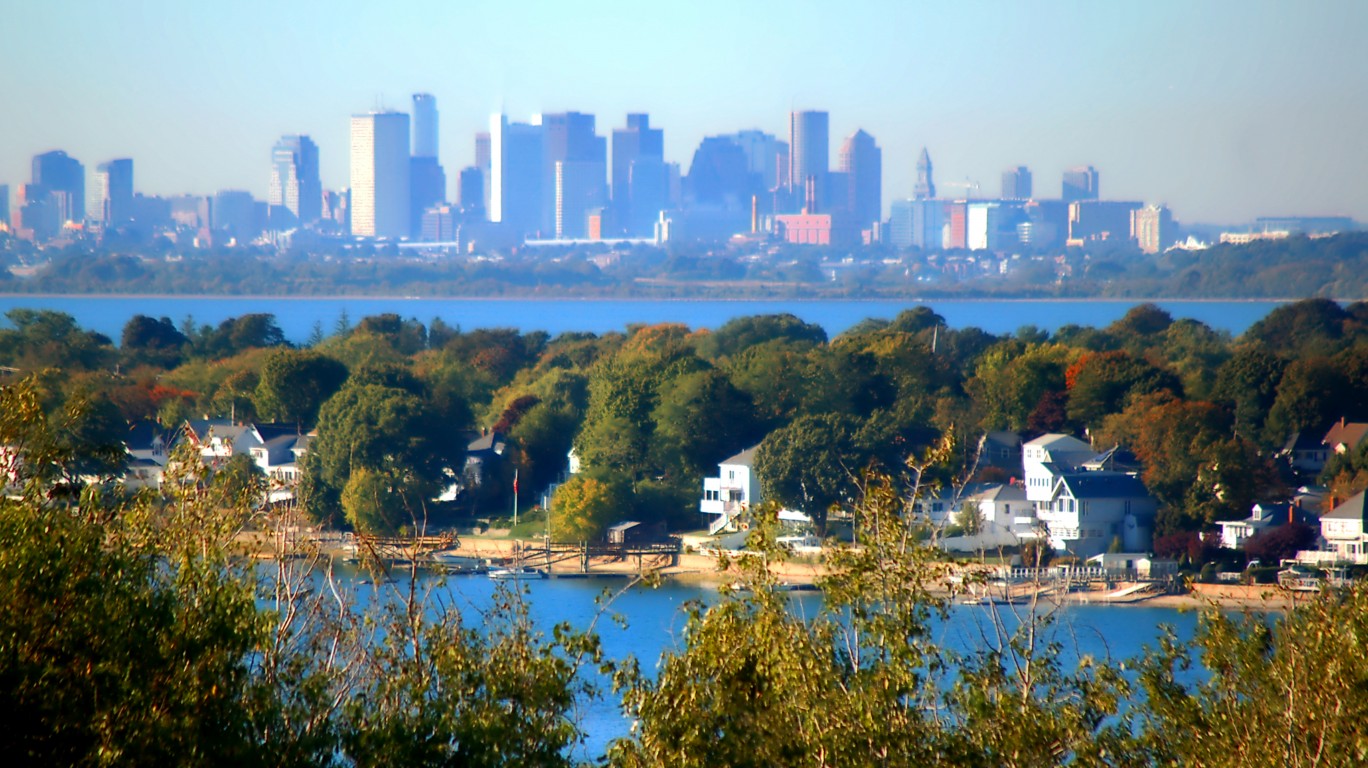 Weymouth, Massachusetts, was settled at the behest of English businessmen, hoping to establish a New World trading post. In 1622, 60 men landed in what is now Weymouth, attempting to set up a business that could ship furs, fish, and lumber back to England.

Like many of the other cities on this list, Weymouth’s early history was a violent one. Early settlers sometimes resorted to stealing food from local Native Americans as they struggled to survive in a new land with harsh winters. In 1623, colonists felt the members of the Massachusett Tribe were growing frustrated with their presence and launched a surprise attack, killing their chief, tribal leaders, and more. 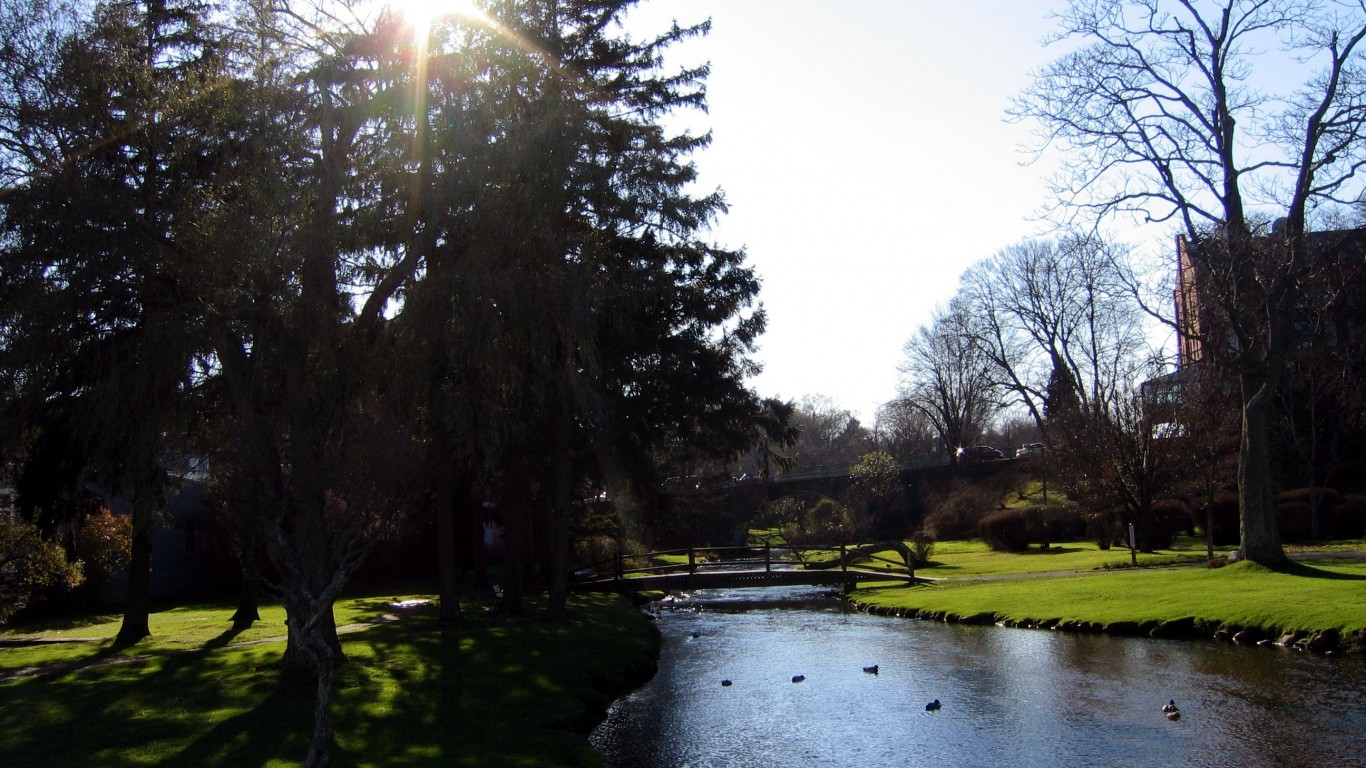 Many Americans are likely familiar with the story of Plymouth Rock. Around 100 Pilgrims seeking religious freedom boarded the Mayflower and set sail for the New World, arriving in what is now Plymouth, Massachusetts, in December of 1620.

The Pilgrims had initially agreed to set up their new homes near the Hudson River, but bad weather forced the Mayflower to land near Cape Cod. Plymouth was the first colony in New England. 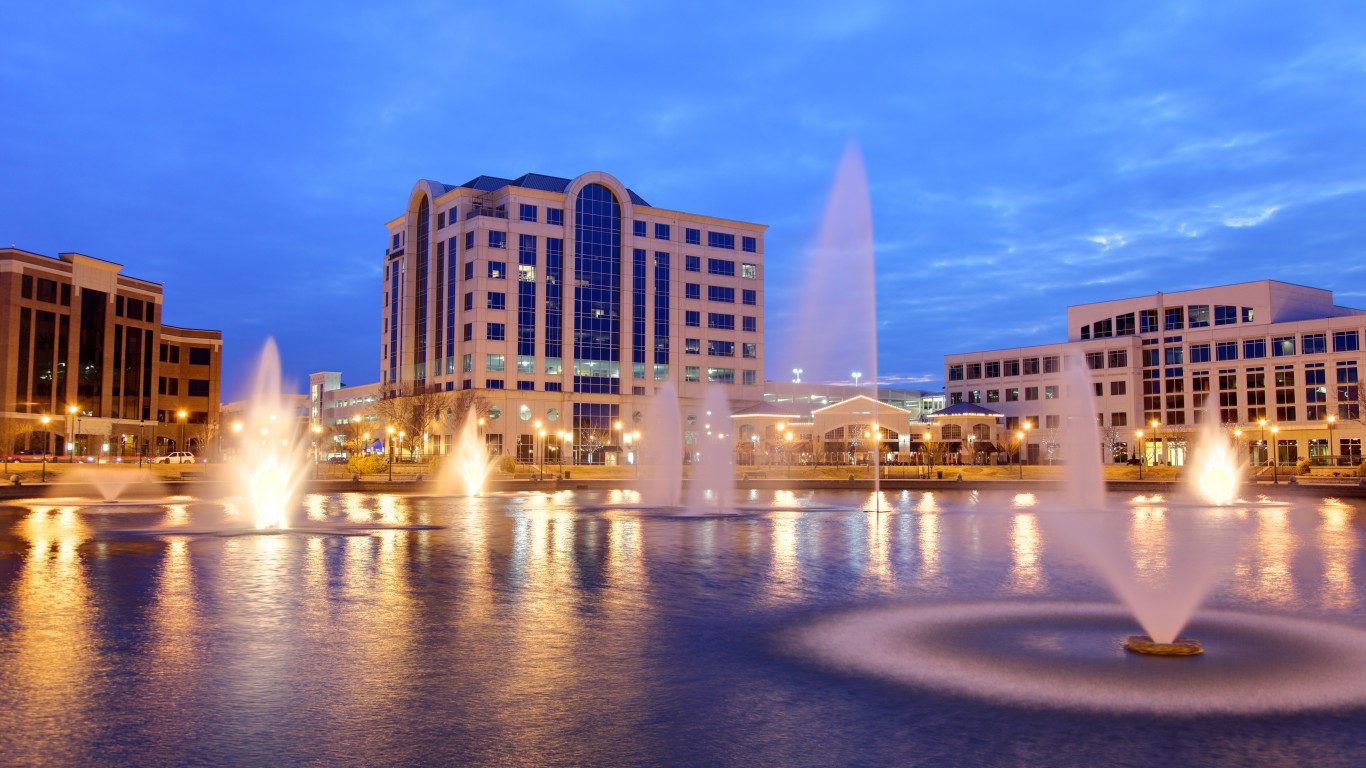 It is a matter of historical debate as to exactly what year Newport News was founded. There is a written reference to “Newportes News” as early as 1619, though other sources put the city’s founding year at 1621 or 1622.

The unique name comes from Captain Christopher Newport, who sailed several times back and forth between Jamestown and England. There are historical records of both English and Irish settlers to the area at that time. 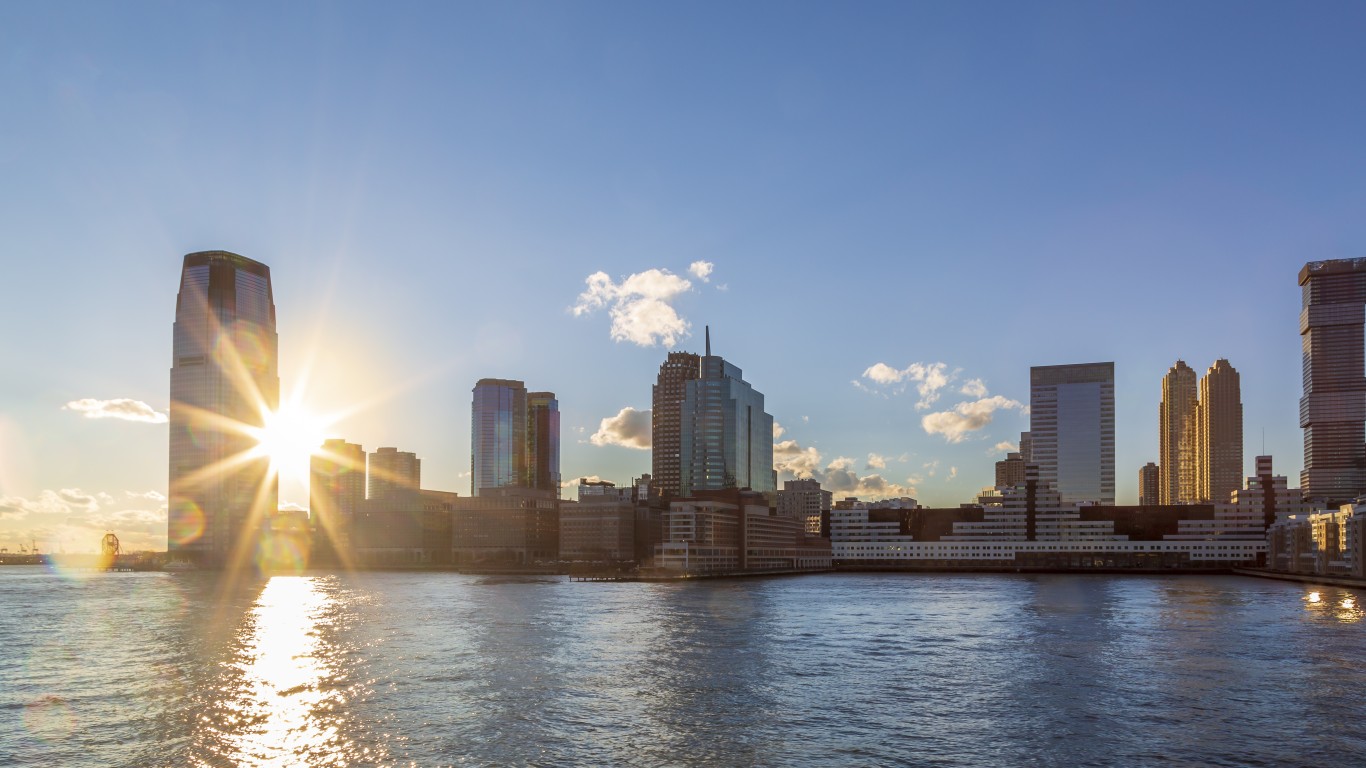 Like many of the oldest cities along the Hudson River, the Dutch founded the first permanent settlement in Jersey City, New Jersey. Specifically, Dutch fur trappers settled the area on the western bank of the Hudson River in 1618.

Initially known to the Dutch as Paulus Hook, the area was granted to Michael Pauw in 1630. The area consisted of just a few family farms until 1660, when Governor Peter Stuyvesant signed a peace treaty with nearby Native Americans and more settlers came in. 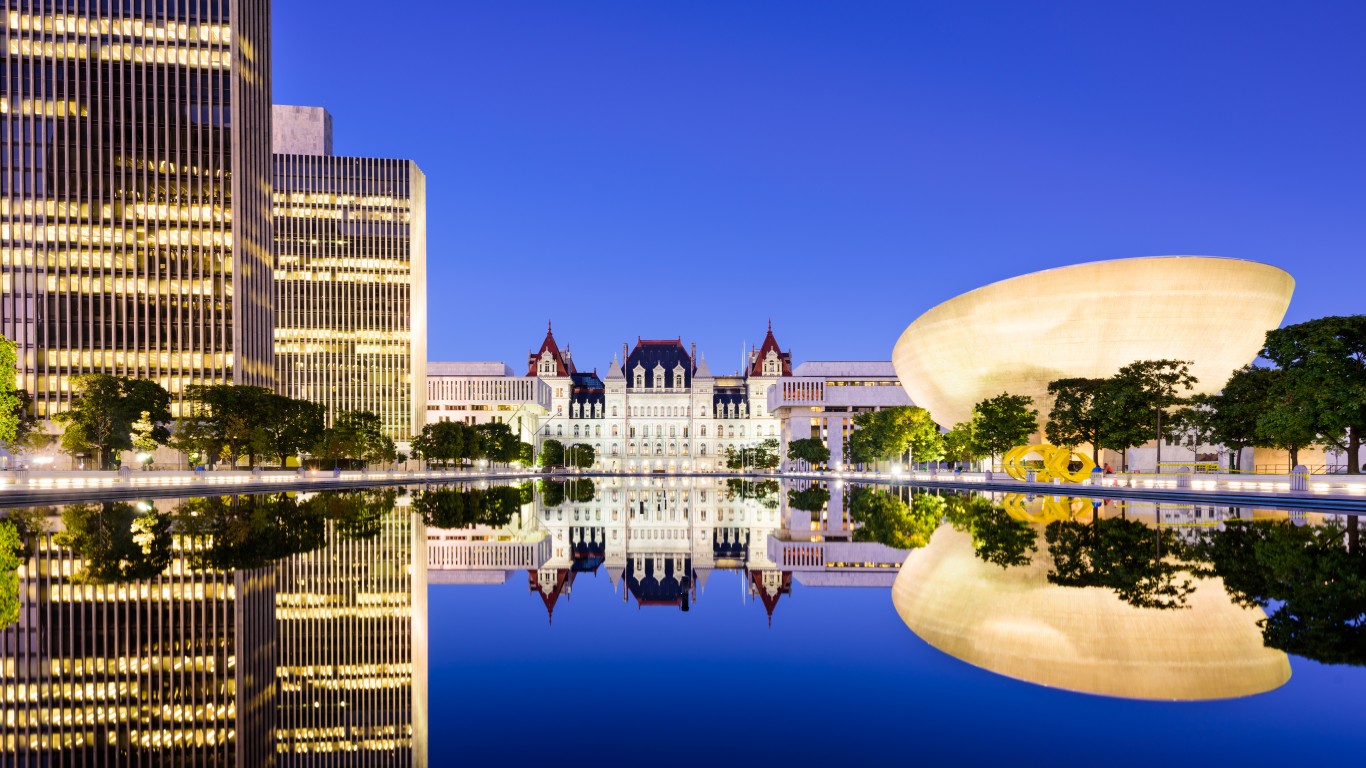 New York’s capital of Albany is also the state’s oldest city, dating back to 1614. Henry Hudson, the namesake of the Hudson River, landed in the area in 1609. Though Iroquois Native Americans had already lived in the area, the outpost Hudson’s Dutch sponsors built in 1614 served as the basis for the permanent settlement that would go on to become Albany.

After floods damaged the initial settlement, more settlers moved to the area in 1615, and again in 1623. French Huguenot and Dutch families were the first inhabitants. The city is named for King Charles II’s brother James, the Duke of Albany.