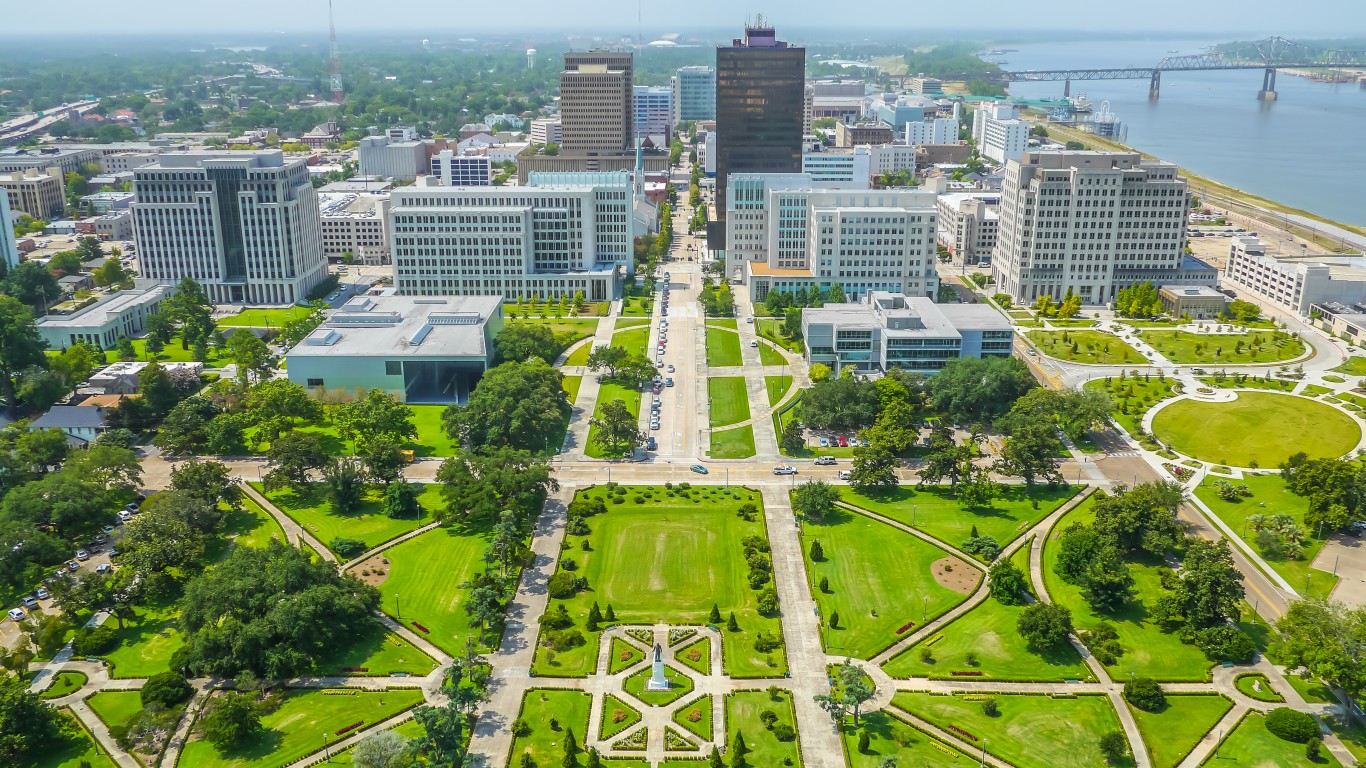 Baton Rouge, Louisiana, is at risk of substantial hurricane damage. There are nearly 137,000 single-family homes in the metro area that face at least moderate risk of damage in the event of a storm surge, with repair costs estimated at $34.3 billion. Additionally, a total of nearly 300,000 local homes — with an estimated repair cost value of $71.1 billion — are at risk of hurricane wind damage.

In August 2021, coastal Louisiana, including parts of Baton Rouge, were slammed by Hurricane Ida. One of the most powerful storms to make landfall in the state’s history, Ida had sustained winds of 150 mph and left thousands in the state without power. Total monetary damage from Ida, including damaged property and lost productivity and tourism, is estimated to be around $95 billion. 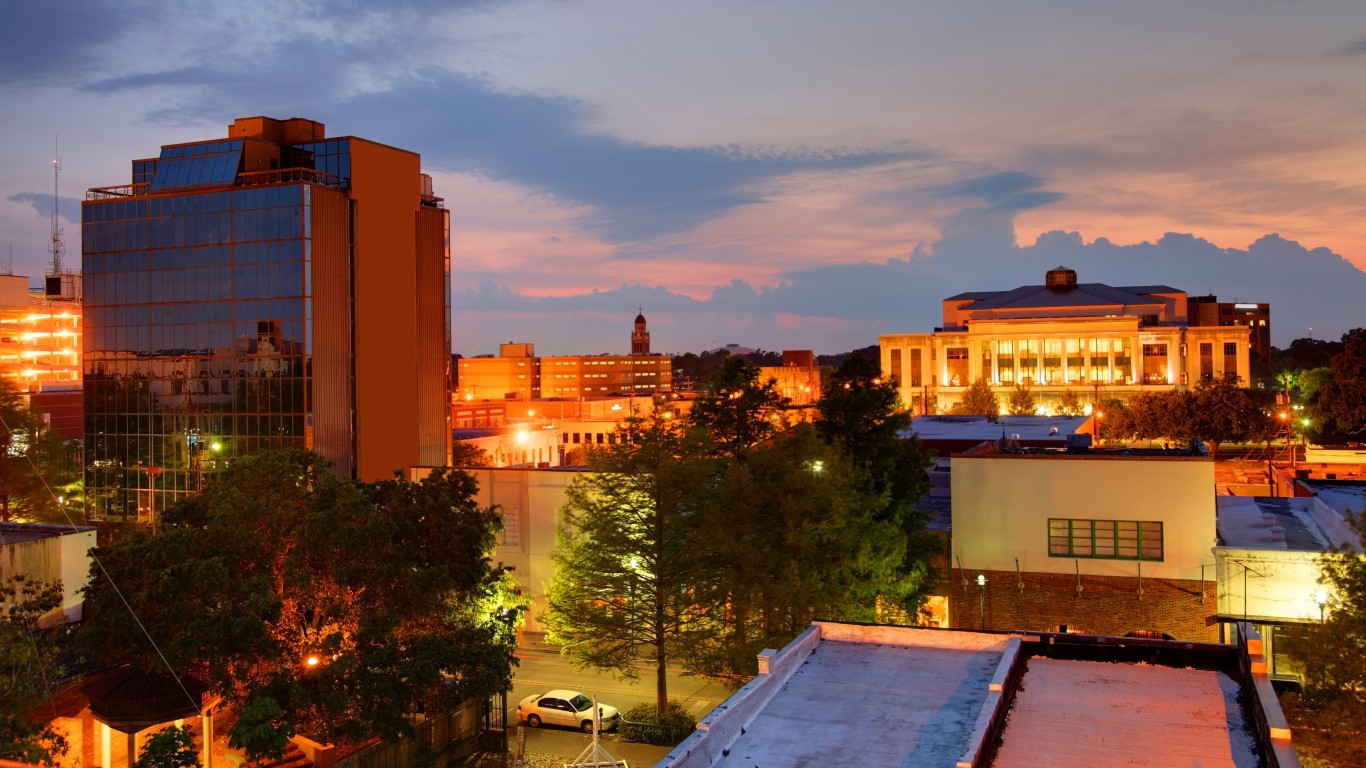 Lafayette is one of three metro areas in Louisiana to rank among metros nationwide at risk of the most hurricane damage. There are over 146,000 single-family homes in the metro area at risk of storm surges, and nearly 180,000 homes exposed to potential damage from hurricane winds. Total reconstruction costs for potential damage is estimated at $33.4 billion for storm surges and $40.1 billion for high winds.

Hurricane Ida — one of the 10 costliest hurricanes to hit the United States in the last 20 years — affected many parts of Louisiana in 2021, though Lafayette was spared much of the worst destruction.

ALSO READ: Before and After Pictures of the Worst Hurricanes in American History 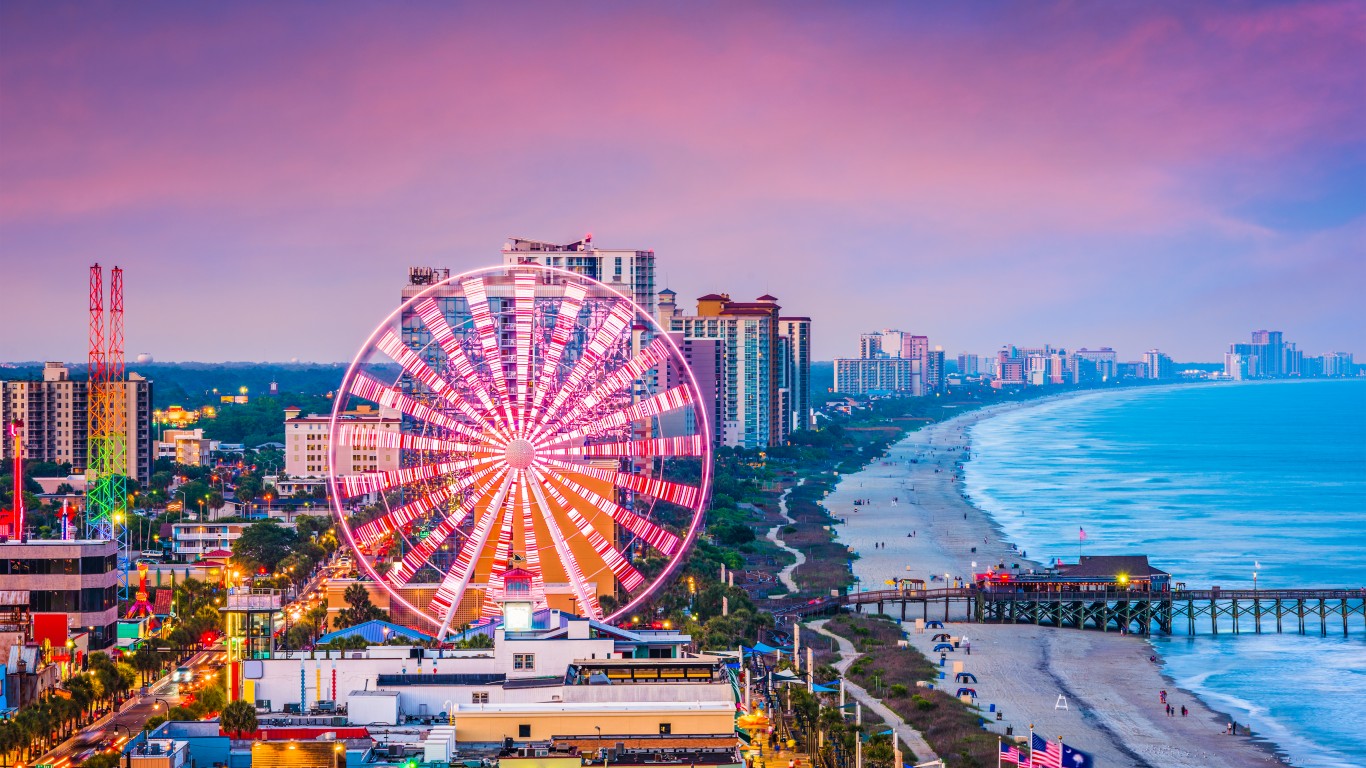 Myrtle Beach, South Carolina, is one of two metro areas in the Carolinas where over 150,000 single-family homes are at moderate or severe risk of damage from a storm surge in the event of a powerful hurricane. Nearly half a million area homes are also at risk of damage from hurricane force winds. Flood damage in the area could result in an estimated $30.4 billion in damage to homes, while high winds pose a nearly $50 billion threat.

A hurricane or tropical storm passes within 50 miles of the Myrtle Beach metro area every other year, on average. Recent hurricanes that have impacted Myrtle Beach include Hurricane Florence in 2018, Hurricane Matthew in 2016, Hurricane Floyd in 1999, and Hurricane Hugo in 1989 — the latter of which damaged or destroyed 79,000 homes and resulted in 35 deaths across the state. 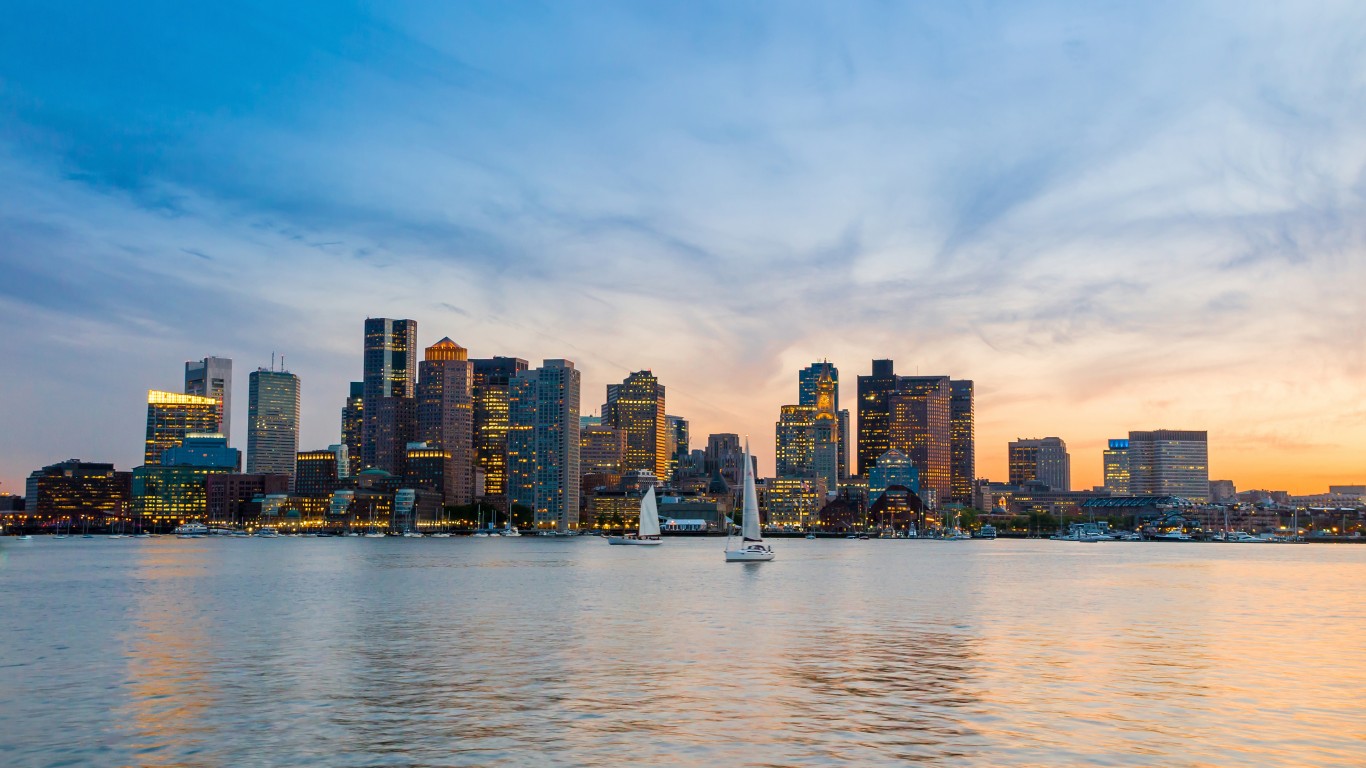 In August 1991, Hurricane Bob, a Category 2 storm slammed into Massachusetts, affecting Boston and much of the broader New England region. Parts of Massachusetts reported storm surges of 10 to 15 feet. The storm caused a total of $39 million in damage in Massachusetts and $680 million across New England. 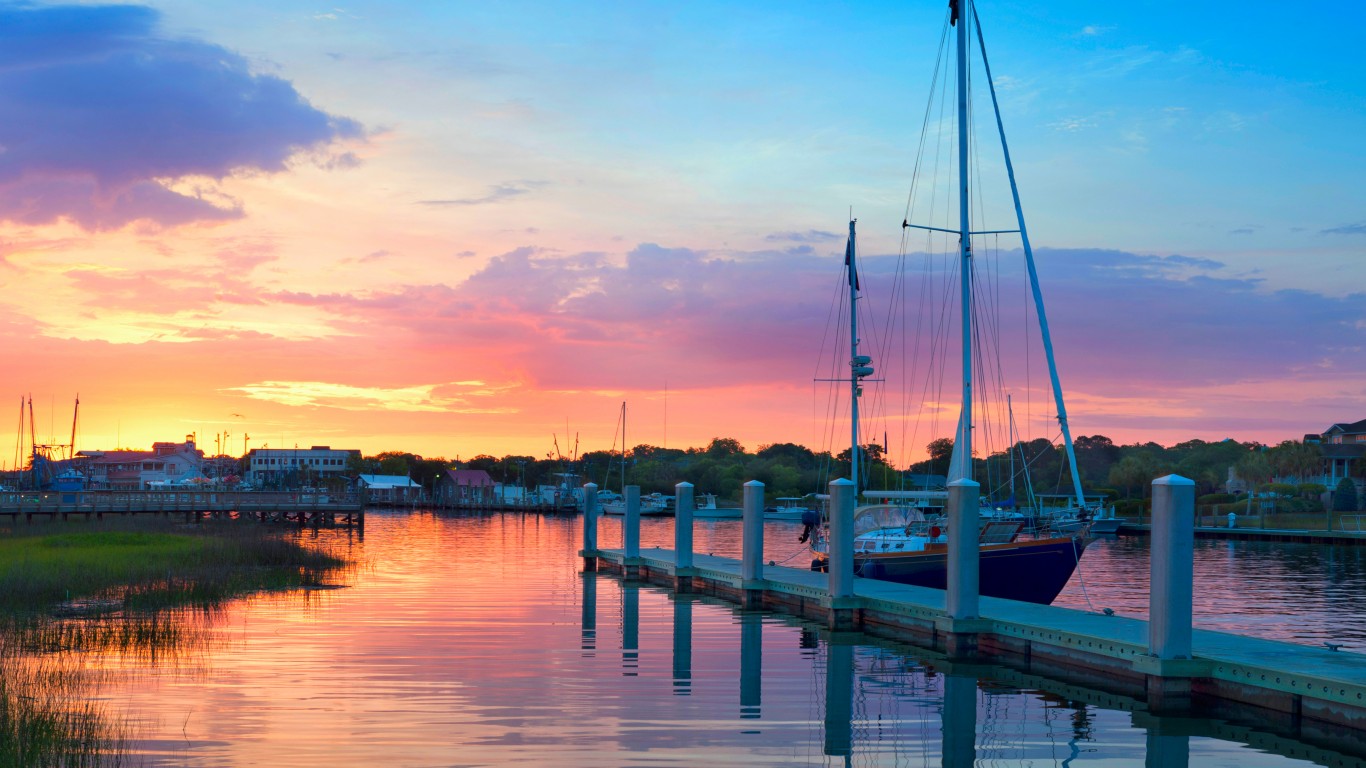 Located along South Carolina’s Atlantic coast, 184,563 single-family homes in the Charleston metro area are at risk of a storm surge in the event of a hurricane. Over a quarter million area homes are at risk of wind damage. Total replacement cost for residential homes alone in the area is estimated to be as high as $46.8 billion for storm surge damage and $65.2 billion for wind damage.

The most destructive hurricane to hit Charleston in recent memory was Hurricane Hugo, a Category 4 storm that made landfall in September 1989. The storm brought sustained winds of 135 mph and a 20 foot storm surge just north of Charleston. Total inflation-adjusted damages from the storm are estimated to be as high as $10 billion.