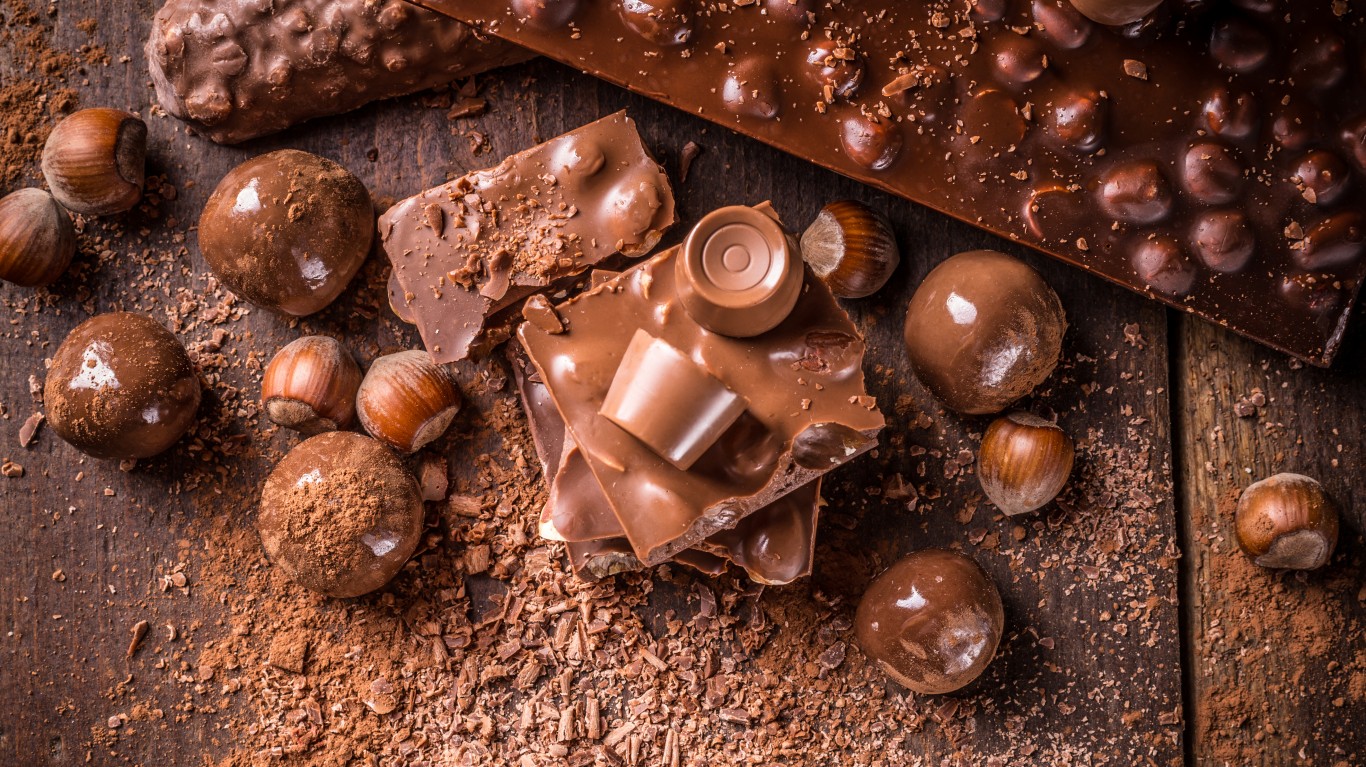 This beloved confection synonymous with sweetness started its life as a bitter beverage. Although the origins of chocolate have long been traced to Central America as far back as 4,000 years ago, recent archeological evidence from Ecuador shows that Theobroma cacao seeds were used by the Mayo-Chinchipe people over a thousand years earlier than in Mesoamerica — likely in the preparation of ritual beverages. 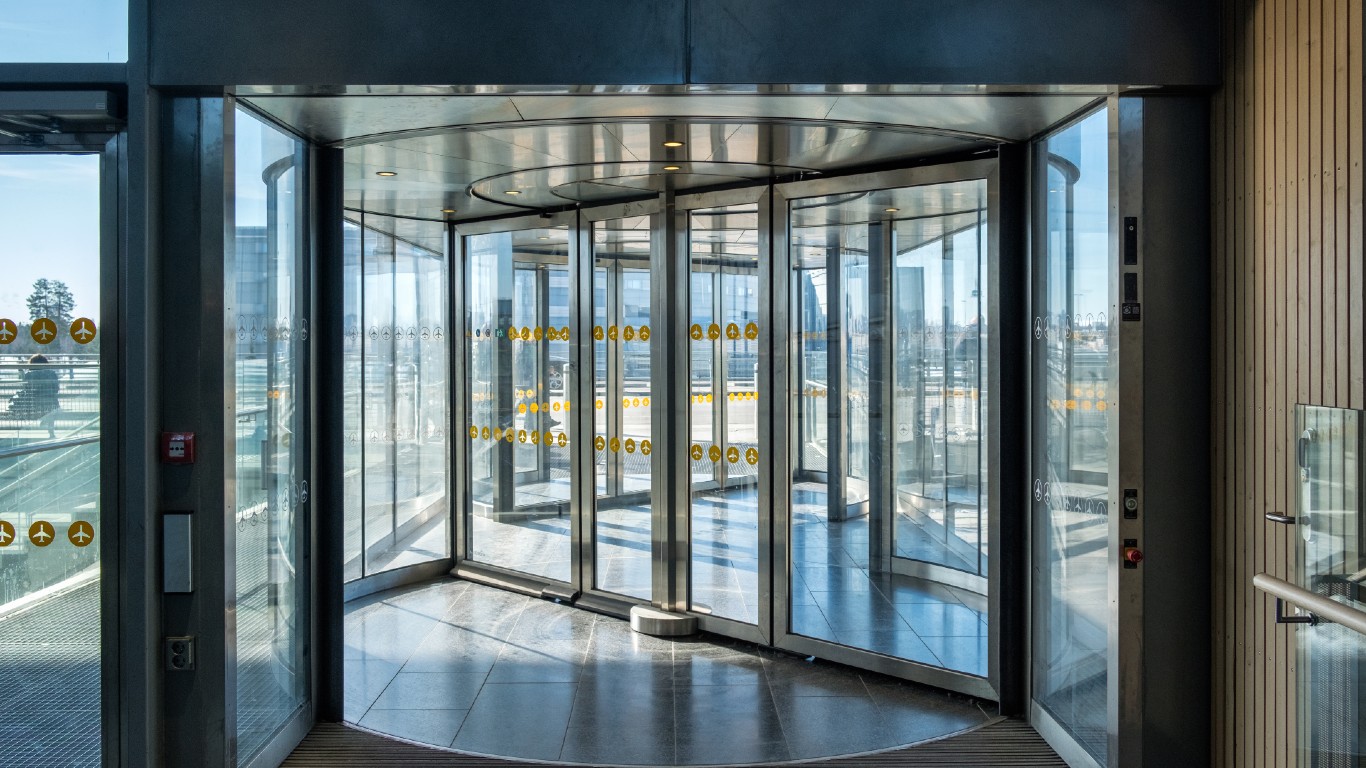 Although he likely never implemented them, Greek mathematician Heron of Alexandria designed a set of automatic doors that used a pneumatic pulley system powered by heat from a fire and weighted with buckets of water.

24/7 Wall St.
The Most Useful Appliances Invented in the Last 100 Years 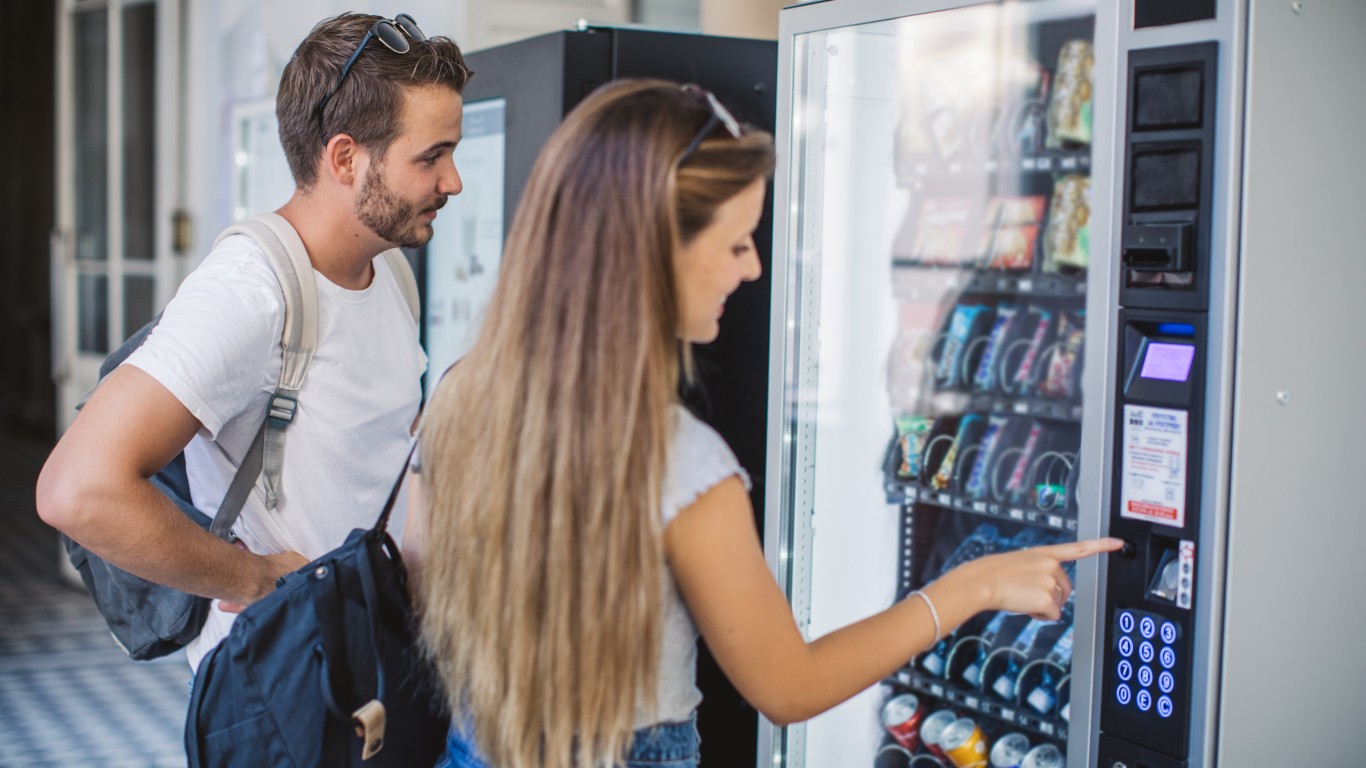 Another of Heron’s inventions is considered to be the first vending machine, designed to dispense holy water to worshipers. The device consisted of a tray with a coin slot. When a coin was inserted, the tray would tip from the weight of the coin, and that opened a valve that dispensed the water. A counterweight would then right the tray, which would shut off the valve. 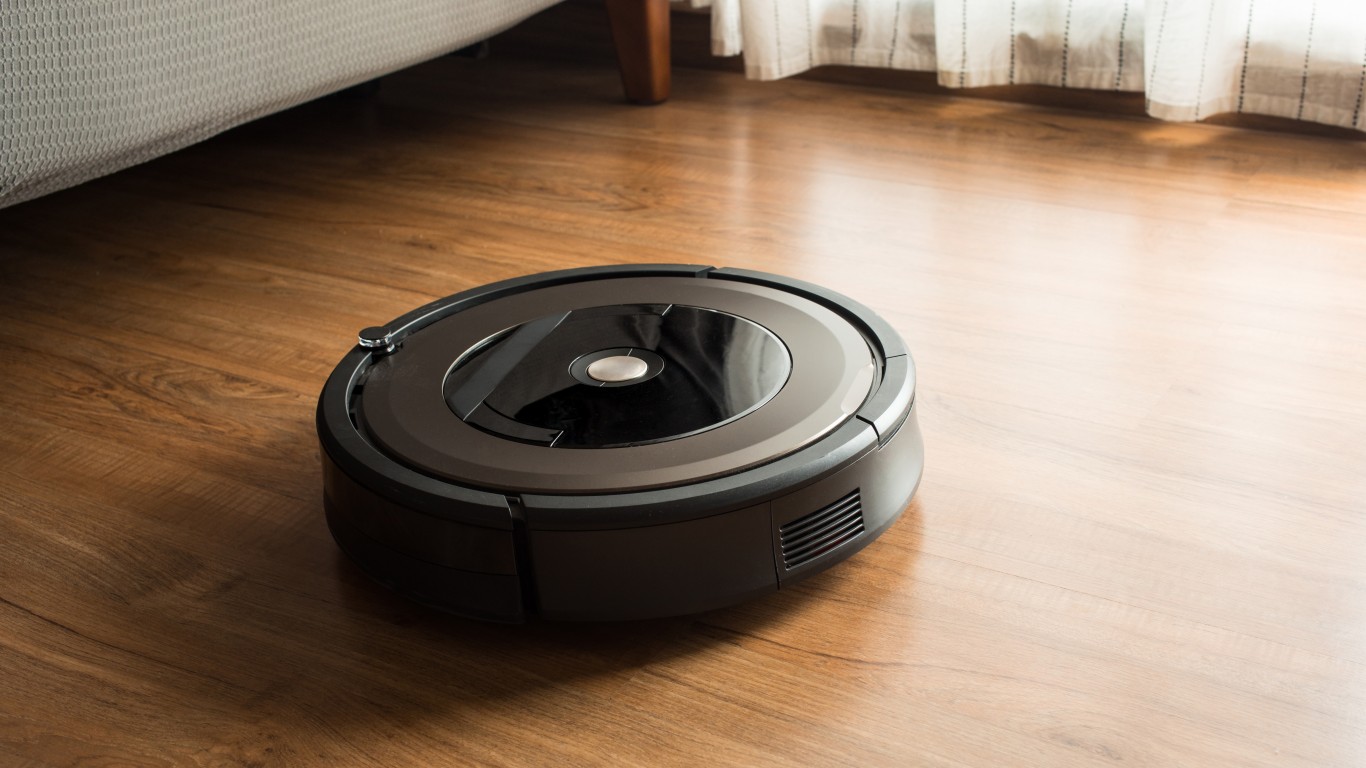 Although the creation of the first programmable robot is often credited to American inventor George Devol, who created a digitally operated robot in 1954, Heron of Alexandria may have beat him to it with his programmable automaton. Using steam power with weights, ropes, and an axle, Heron’s robot could change direction and move along a programmed course. 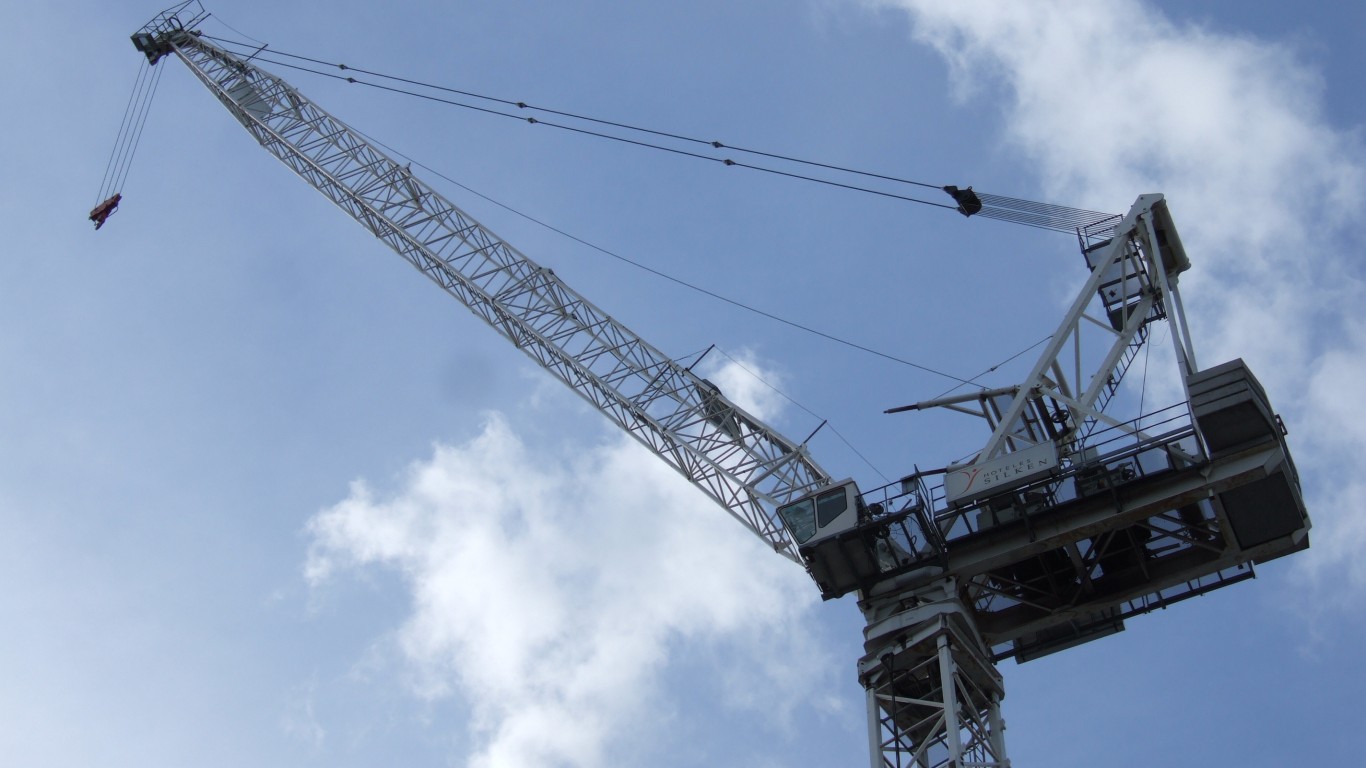 Grooves found in stone structures in Greece suggest that Ancient Greeks used cranes to lift massive stones while building temples. The cranes would have consisted of a set of tongs attached to a rope and were powered by either humans or donkeys. Eventually, pulley systems made these cranes more efficient.