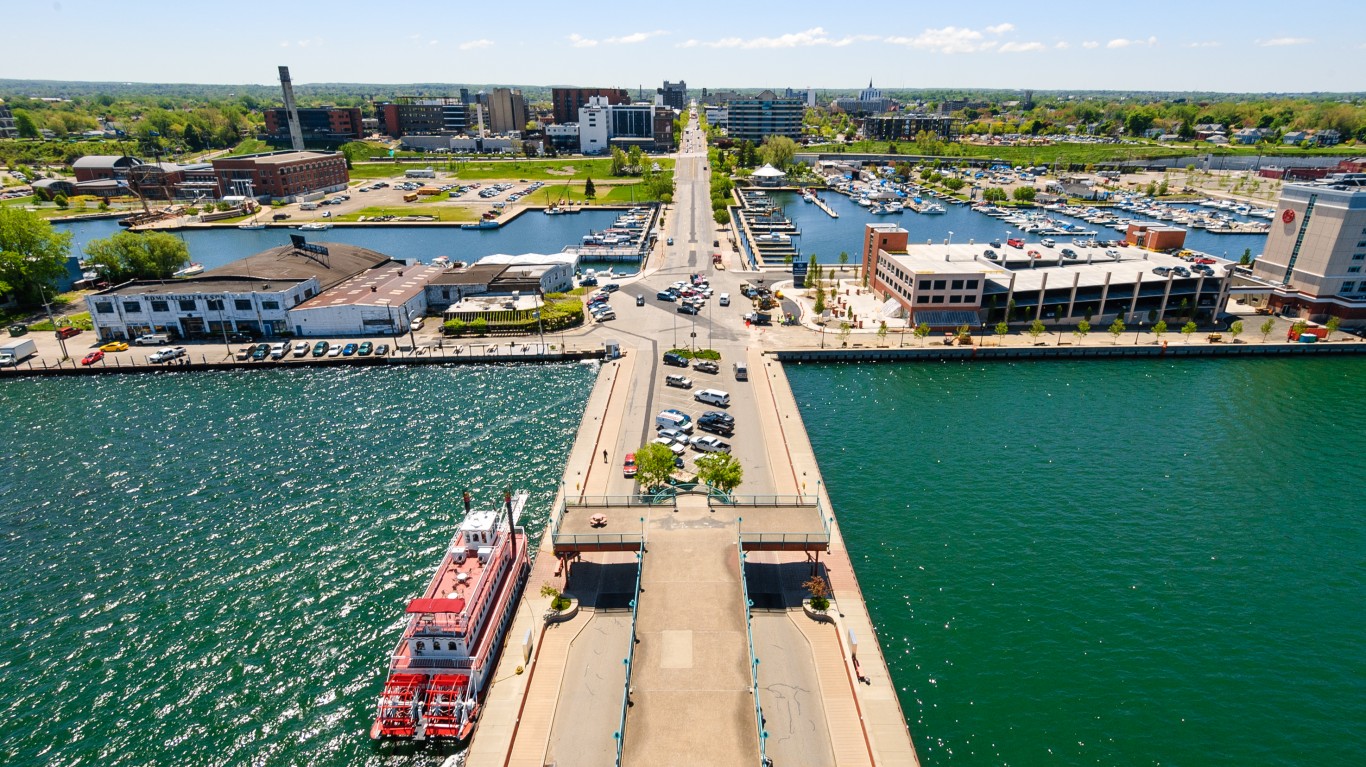 The Erie, Pennsylvania, metro area has one of the lowest median household incomes for Black residents, at $24,180. White households earn more than twice as much, with a median of $55,202 — one of the largest gaps in the country. 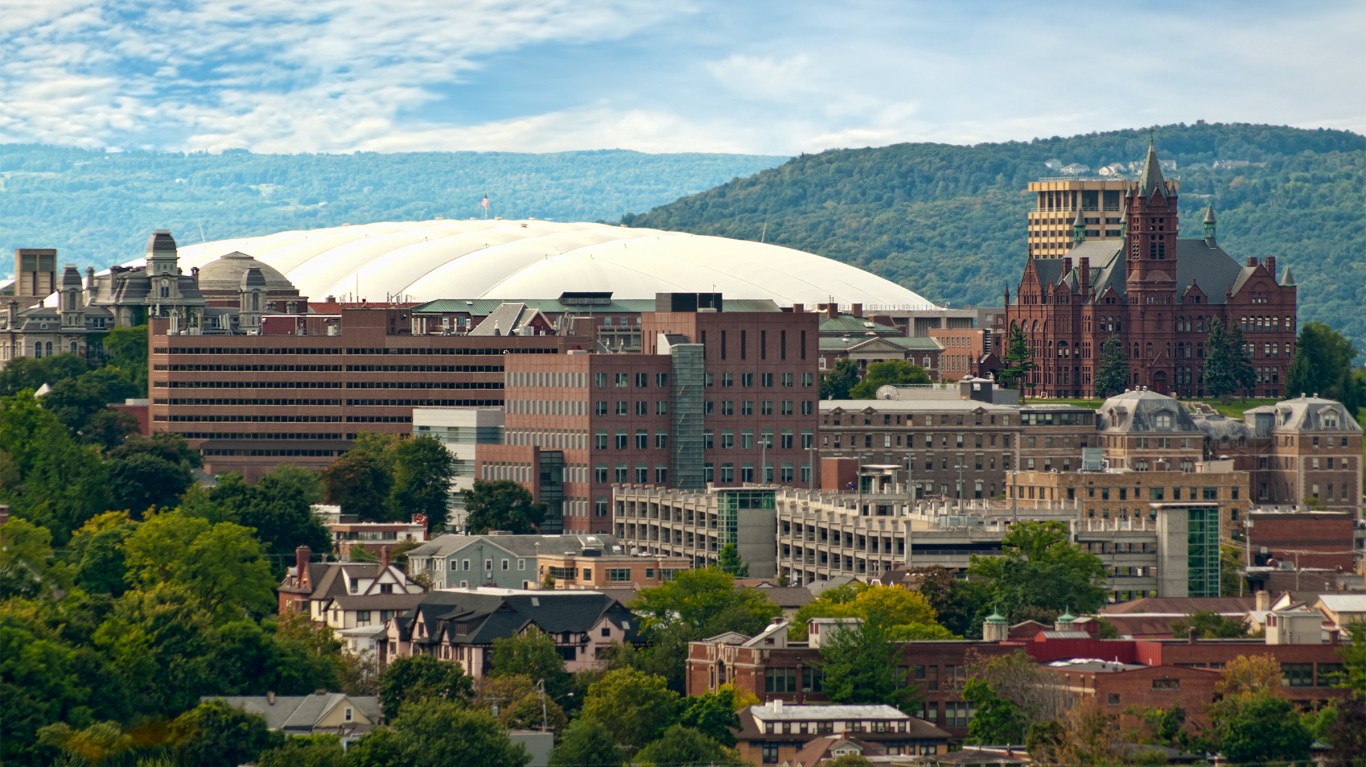 24/7 Wall St.
States Where Income Inequality Has Gotten Worse Since 2010 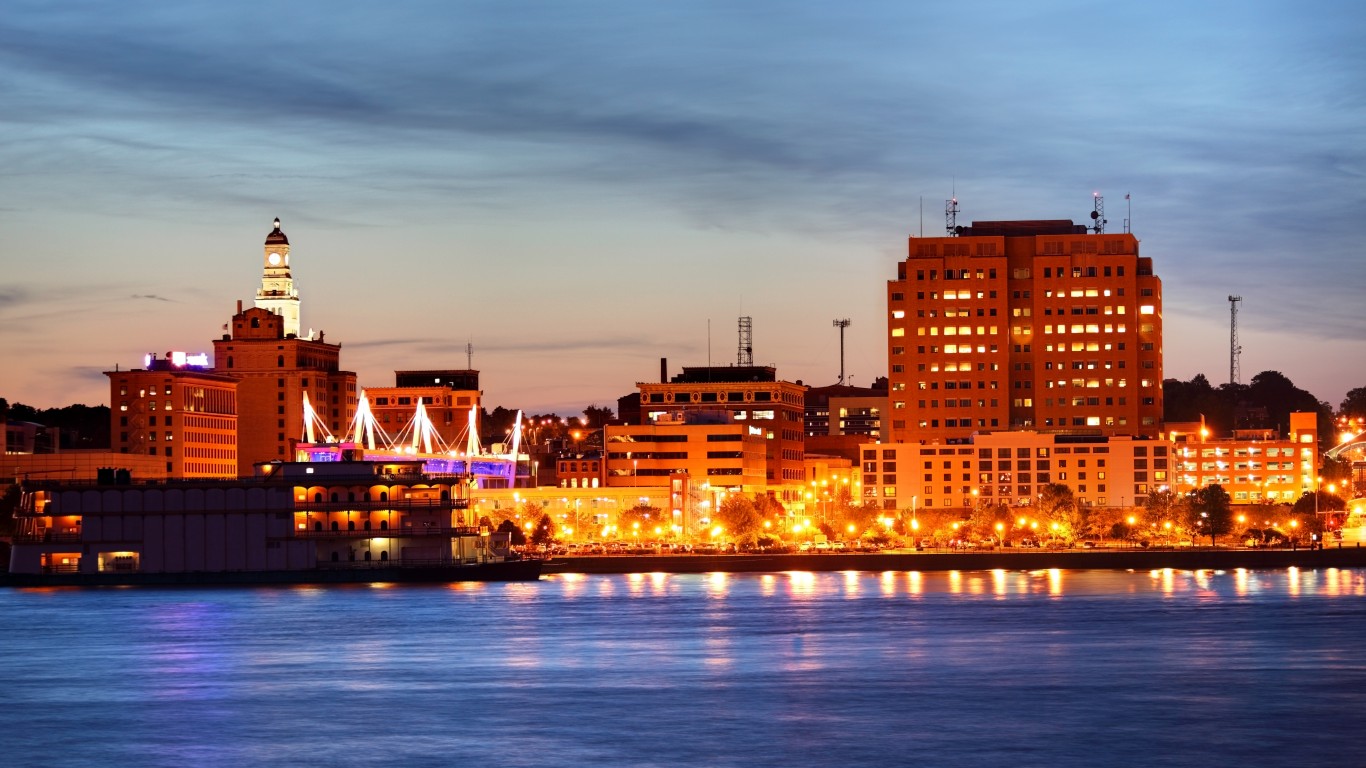 The Davenport metro area is primarily located in Iowa, a state with one of the largest racial disparities in incarceration. For every 100,000 Black Iowa residents, 2,191 are incarcerated. The white incarceration is roughly 10 times lower, at 224 incarcerations per 100,000 residents. 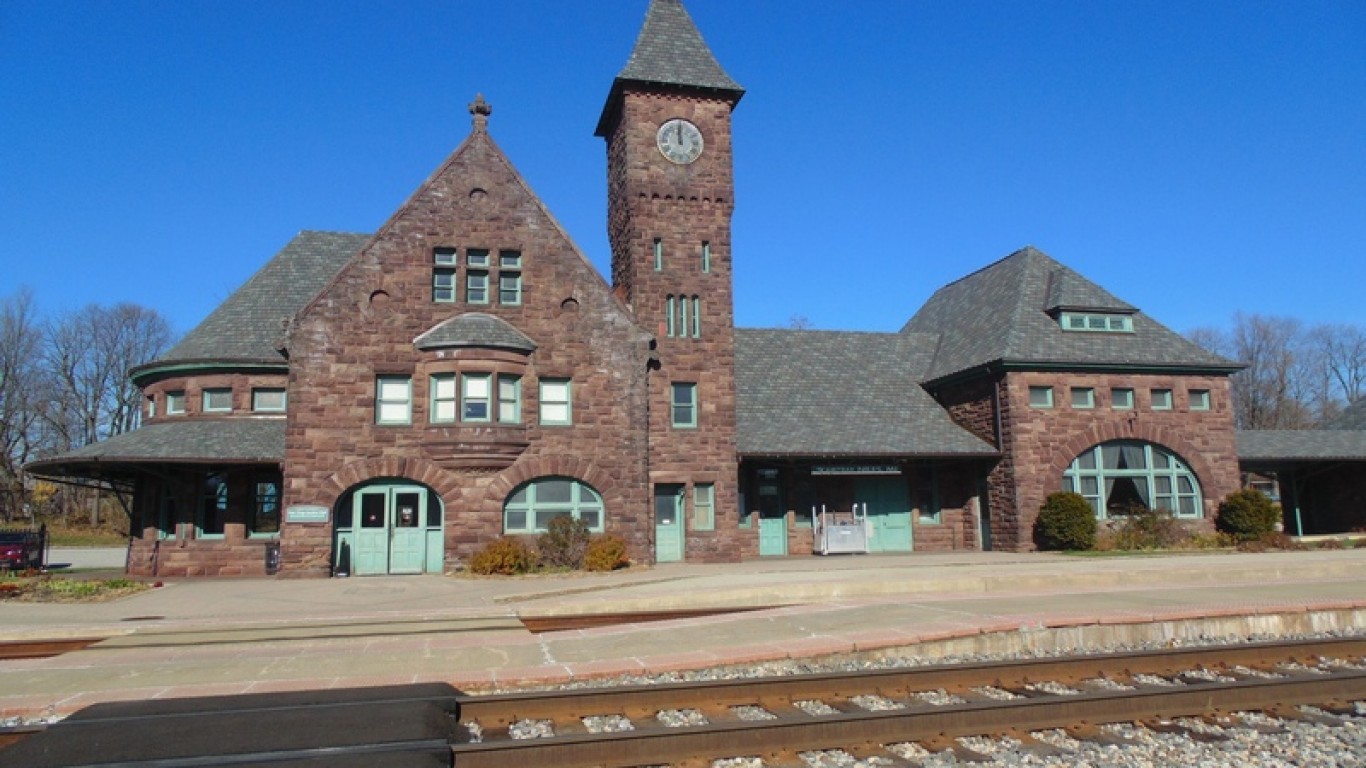 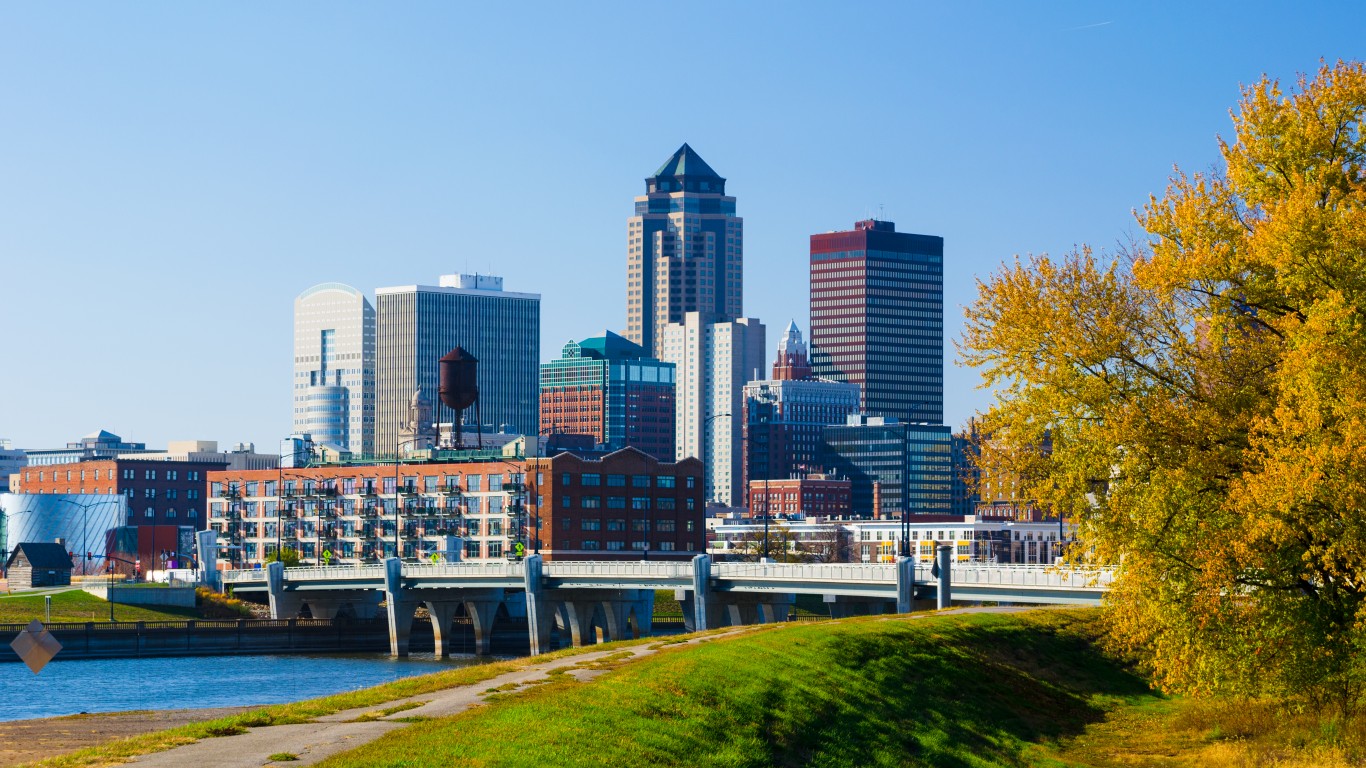