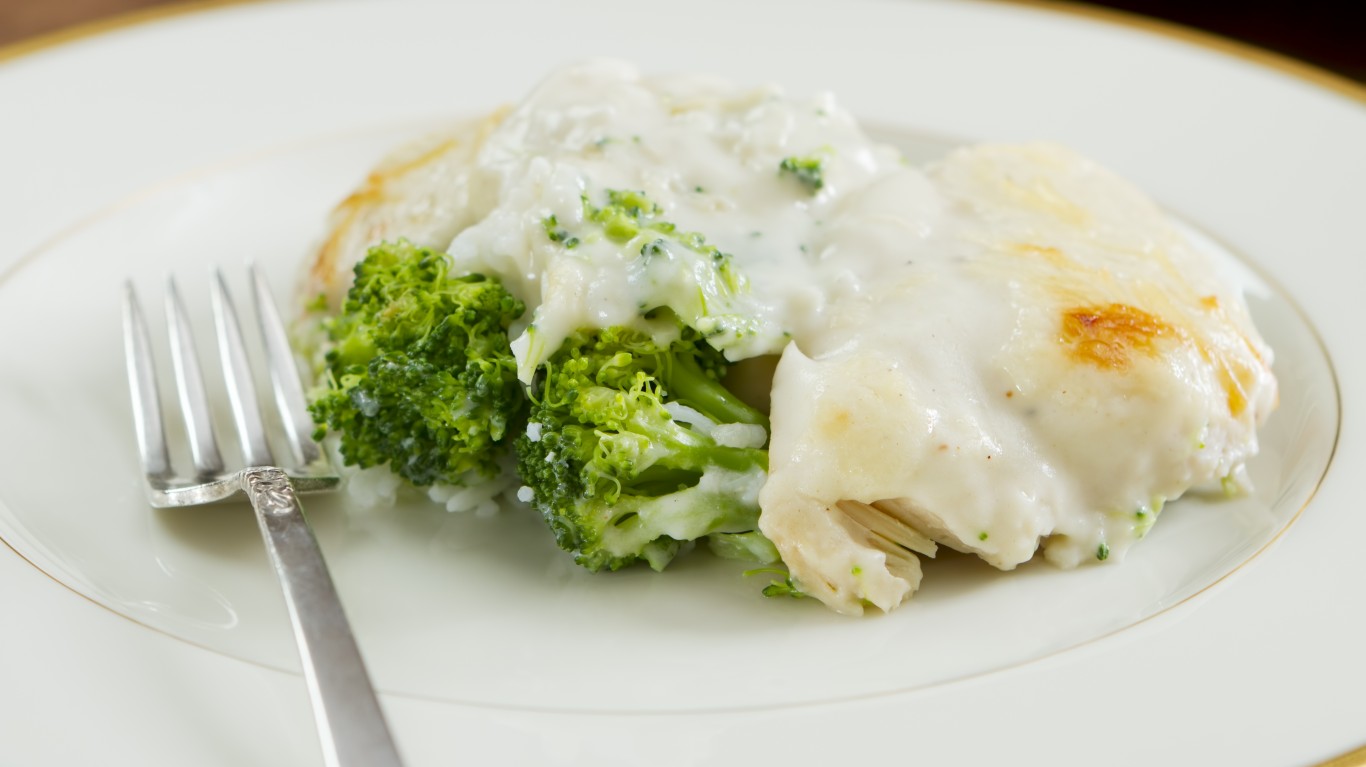 A casserole of chicken breasts and broccoli baked in Mornay sauce (a white sauce enriched with cheese), this dish was invented at, and named for, the Divan Parisien Restaurant in New York City. It was quite the rage in the 1950s, but by the following decade, it had vanished from most restaurant menus. 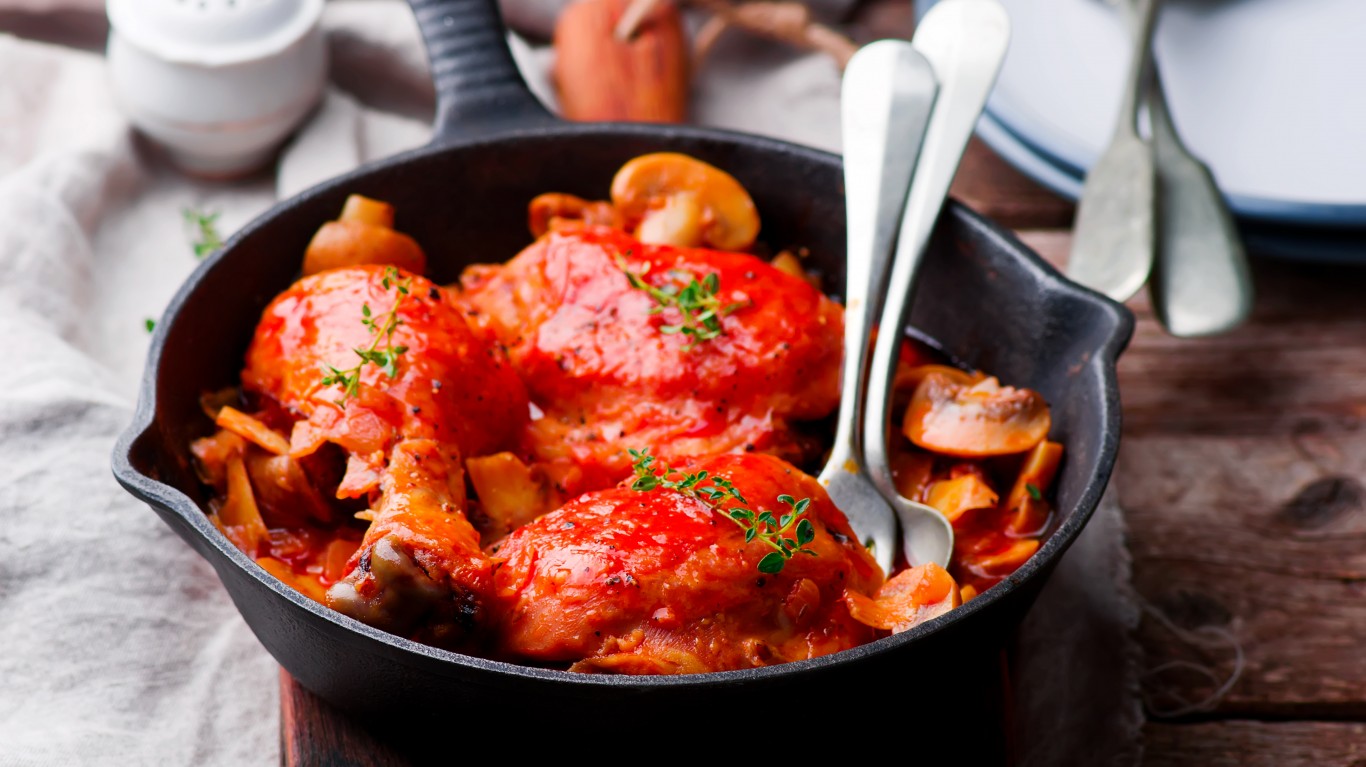 This dish of chicken sautéed in olive oil with garlic and tomatoes (and in its traditional form garnished with fried eggs and crayfish) is said to have been invented in honor of Napoleon Bonaparte by his chef after the French defeated the Austrian army at the Battle of Marengo in Italy in 1800. In the first half of the 20th century, it was often found in both French and Continental restaurants around the U.S..

24/7 Wall St.
The Most Iconic Foods Every State Has Given the Rest of the US 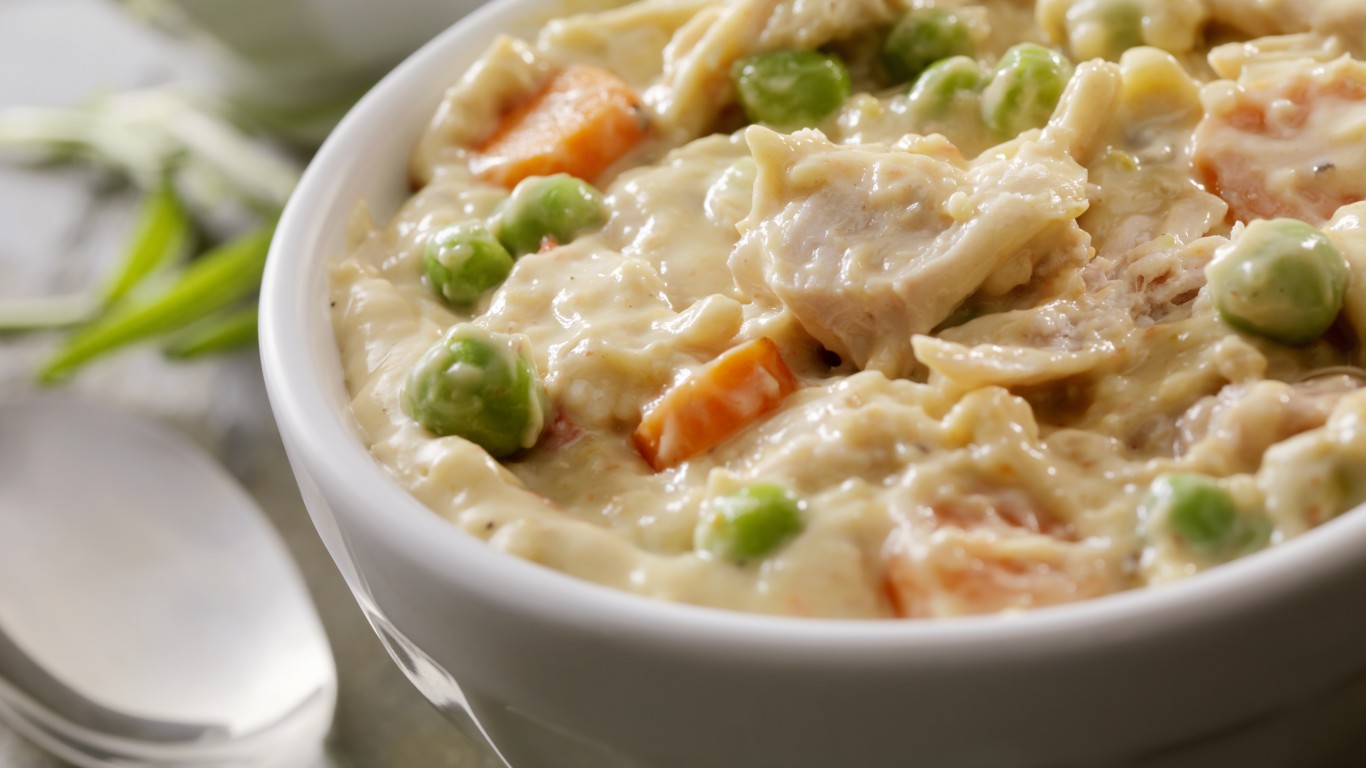 No luncheon menu in America in the mid-1900s was complete without this dish — diced chicken in a (usually) sherry-spiked cream sauce, typically with mushrooms, peas, and bits of pimento, served over noodles, rice or wild rice, or a puff-pastry shell. It dates from the late 19th century, though food historians debate whether it was invented in London, New York City, or Philadelphia. 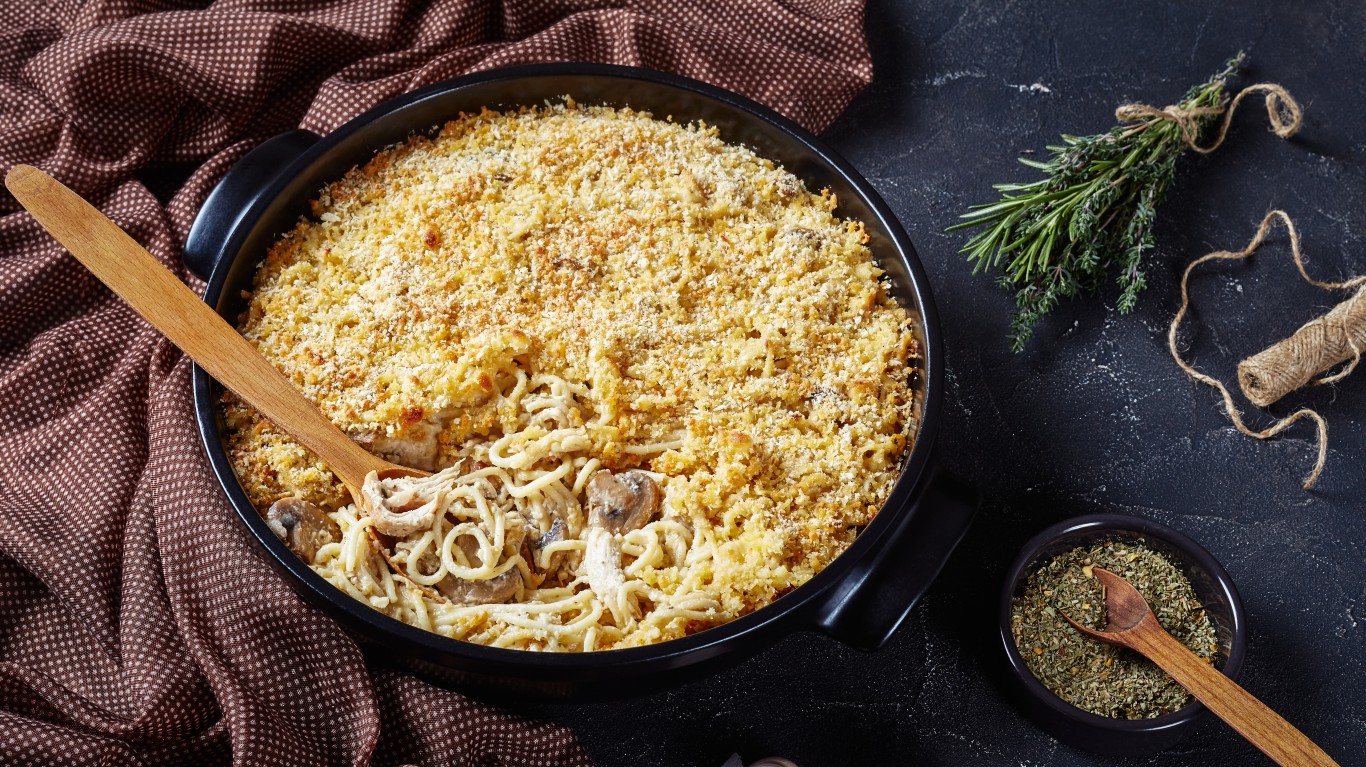 A relative of chicken à la king, turkey Tetrazzini was invented in the early years of the 20th century in San Francisco and named in honor of the Italian soprano Luisa Tetrazzini, who made her American debut in the city in 1905. It consists of diced turkey (sometimes chicken is substituted) and mushrooms in a sauce of butter, cream, and cheese, served over spaghetti, egg noodles, or some other form of pasta. 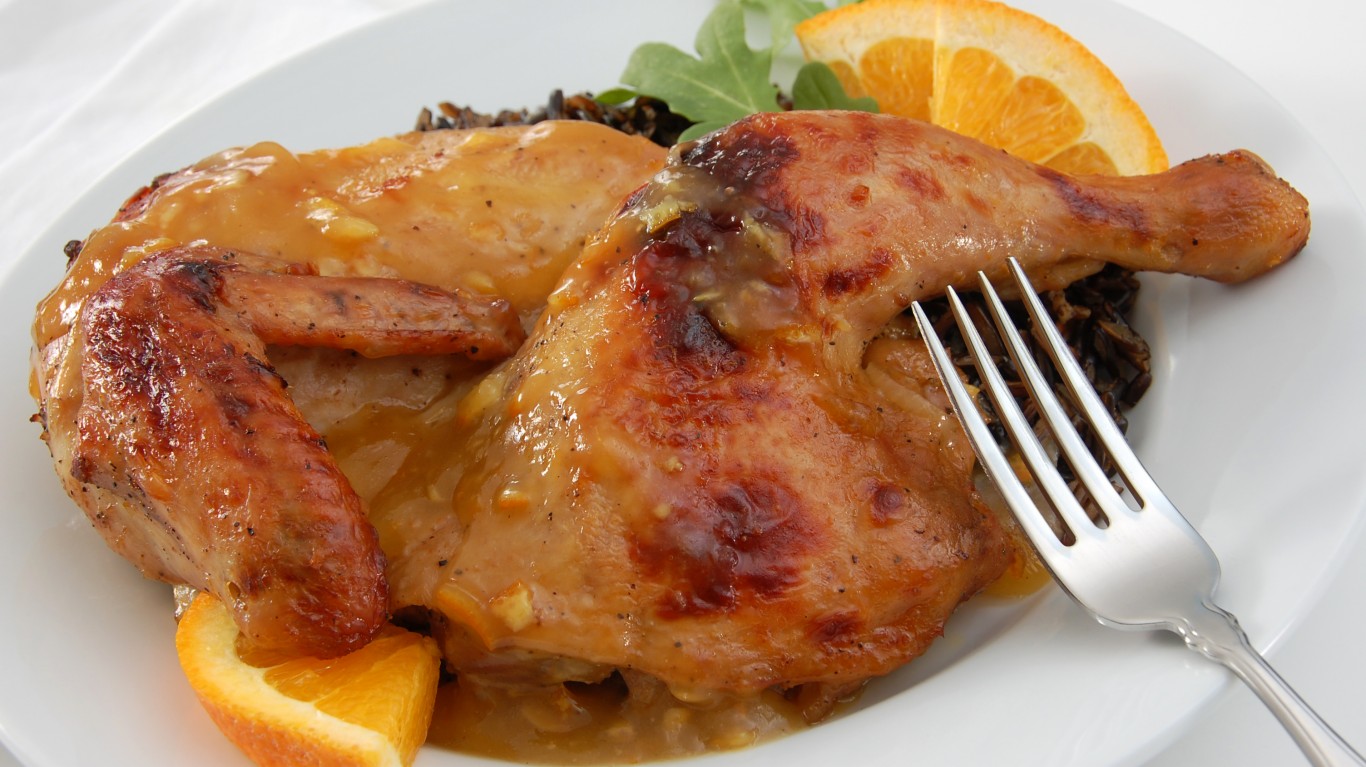 One of the most famous of all French dishes, once widely available in this country at French restaurants and other upscale establishments, this is simply roast duck glazed in an orange sauce. Despite its association with France, it is actually of Tuscan origin, and the oranges used in the original version were bitter, not sweet, providing a counterpoint to the richness of the duck.