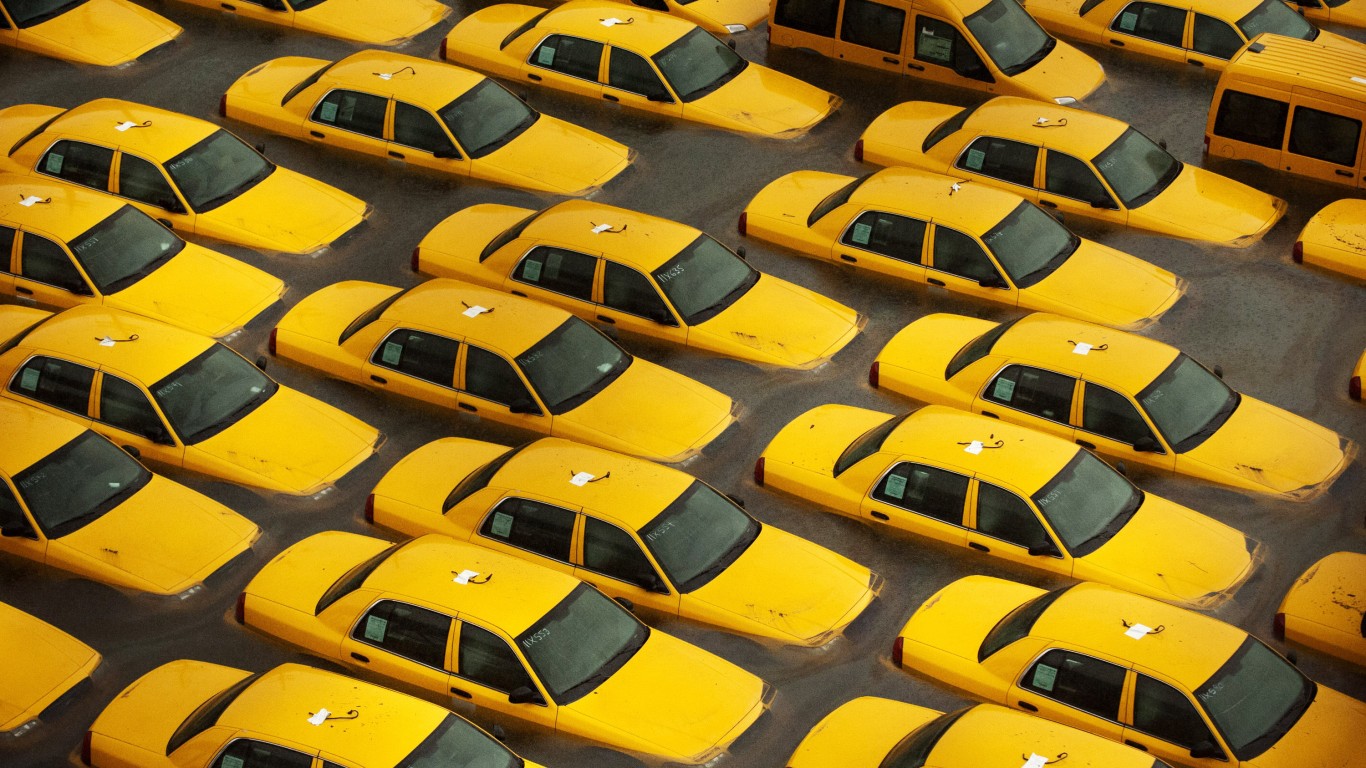 “Superstorm Sandy” swept through North America, Central America, and the Caribbean in 2012, leaving behind a path of destruction that killed 147 people and caused massive property damage due to wind and flooding. The October storm had a diameter of more than 900 miles and was particularly destructive to states along the Eastern Seaboard in the U.S. 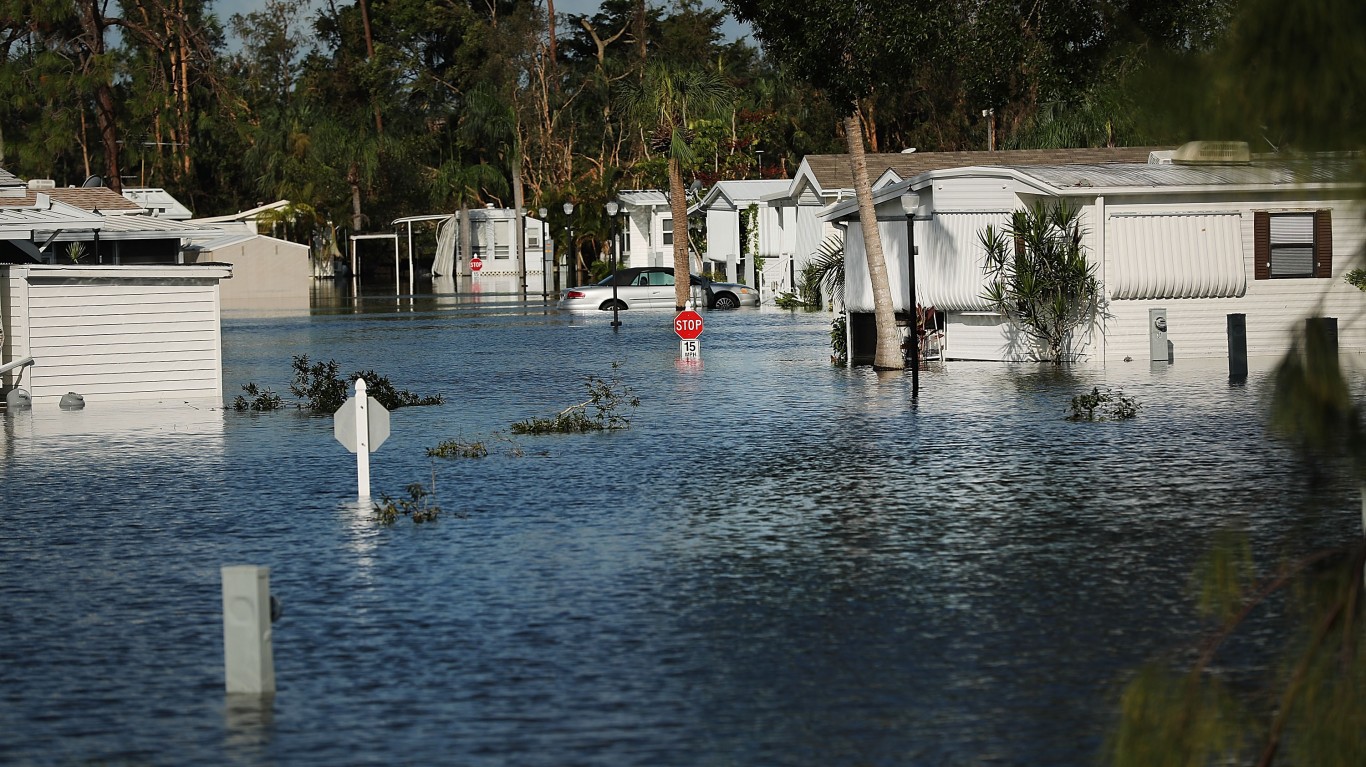 On Sept. 10, 2017, Hurricane Irma made landfall in Florida as a Category 4 storm, then strengthened to Category 5 with winds of 177 miles per hour. The storm knocked out power for more than 6.8 million people, leaving 47 deaths directly attributed to high winds, heavy rains, and rising surf in the Caribbean Islands.

ALSO READ: States With The Most Tornadoes 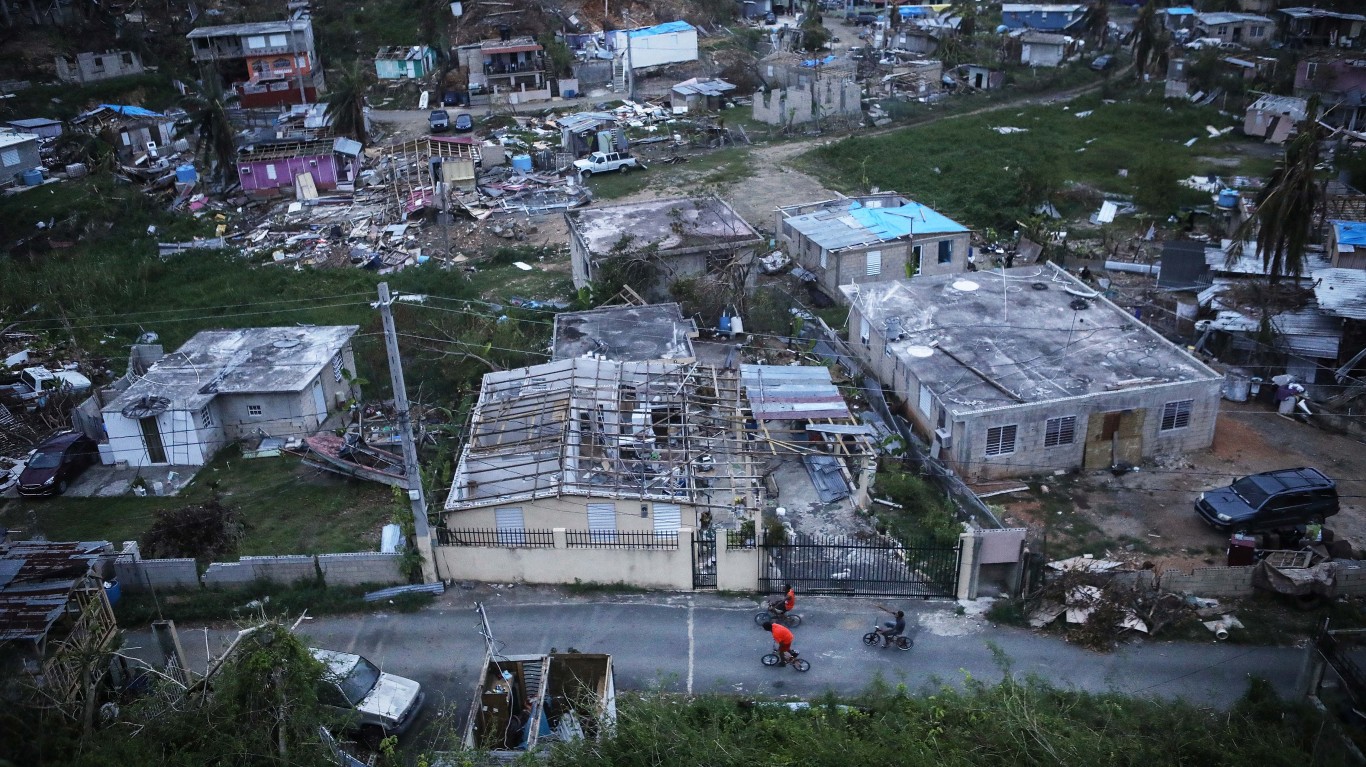 In September 2017, Hurricane Maria barreled into the island of Puerto Rico with winds of 155 miles per hour. The entire island lost electricity, and the island’s 3.4 million residents were without food or water. Nearly 3,000 Puerto Ricans lost their lives in one of the worst storms of an active 2017 hurricane season. 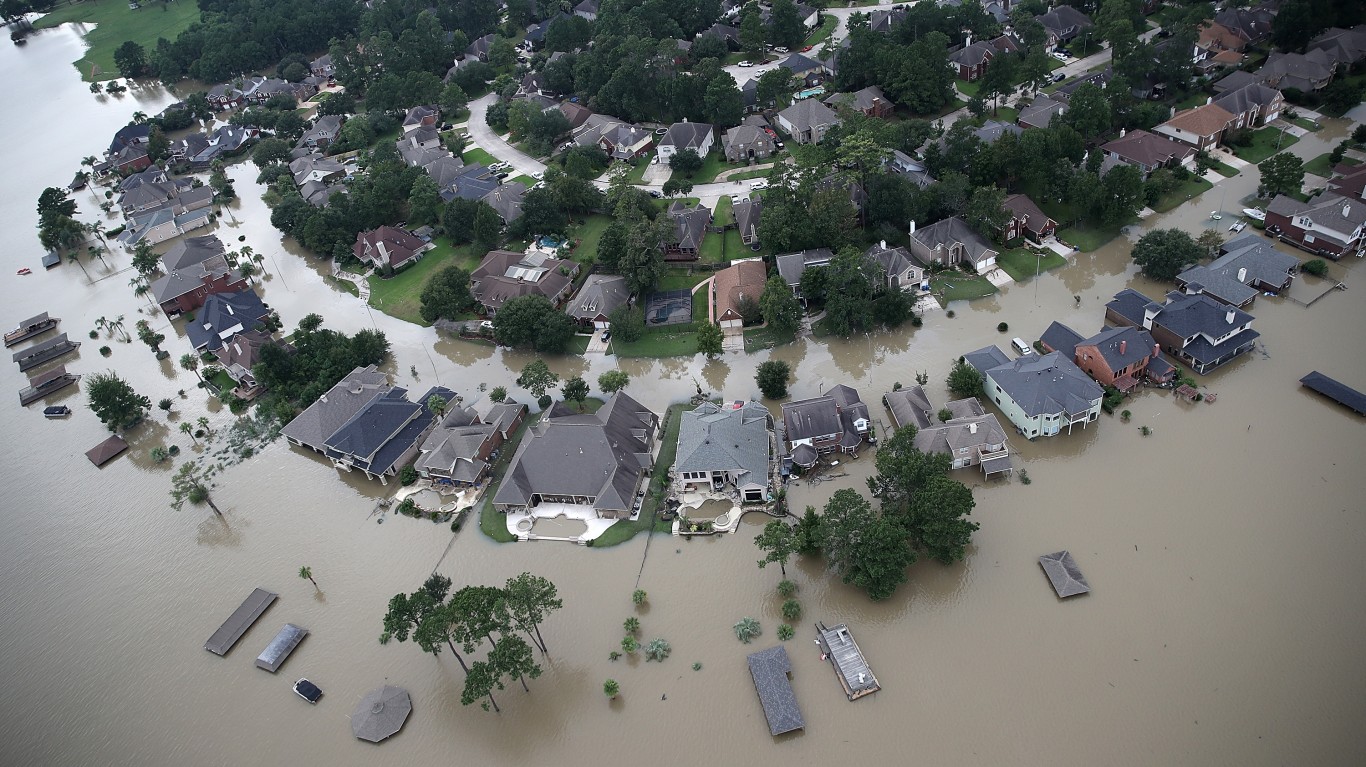 Like Hurricane Maria, Hurricane Harvey struck during the active 2017 hurricane season. Making landfall as a Category 4 storm, Harvey centered mostly in Texas and Louisiana, with the Houston metropolitan area taking the brunt of the storm as the region was deluged by catastrophic rains and flooding. The storm killed more than 100 people. 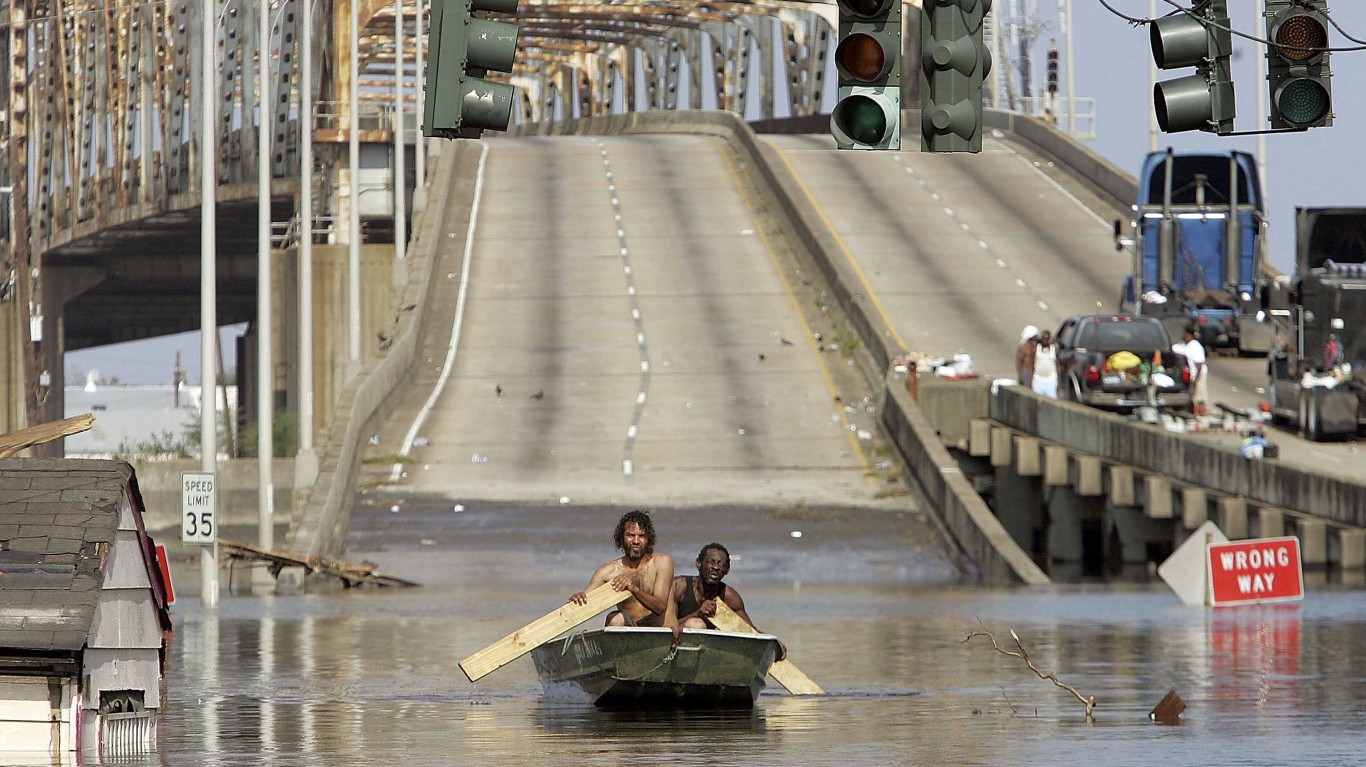 Considered one of the most destructive natural disasters in U.S. history, Hurricane Katrina made landfall about 45 miles from New Orleans in late August 2005. Even though it escaped a direct hit, the city’s levee system was overrun by flood waters. As a result, 20% of New Orleans ended under water. The storm claimed 1,200 lives.