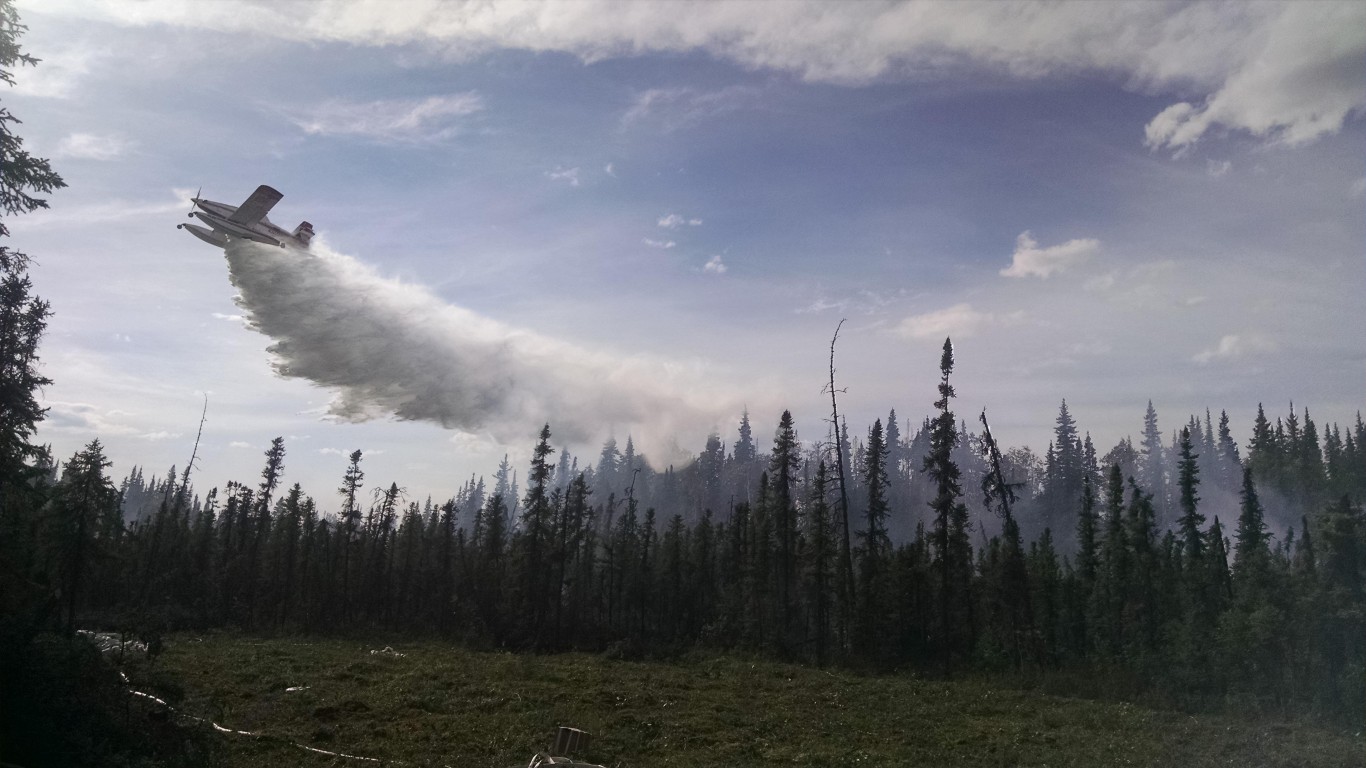 The Tanana Fires in central Alaska burned more than 498,000 acres, an area over half the size of Rhode Island. The blazes forced the evacuation of Tanana’s 300 residents in June. Some people had to flee by boat because the airstrip was choked with smoke, according to news reports. 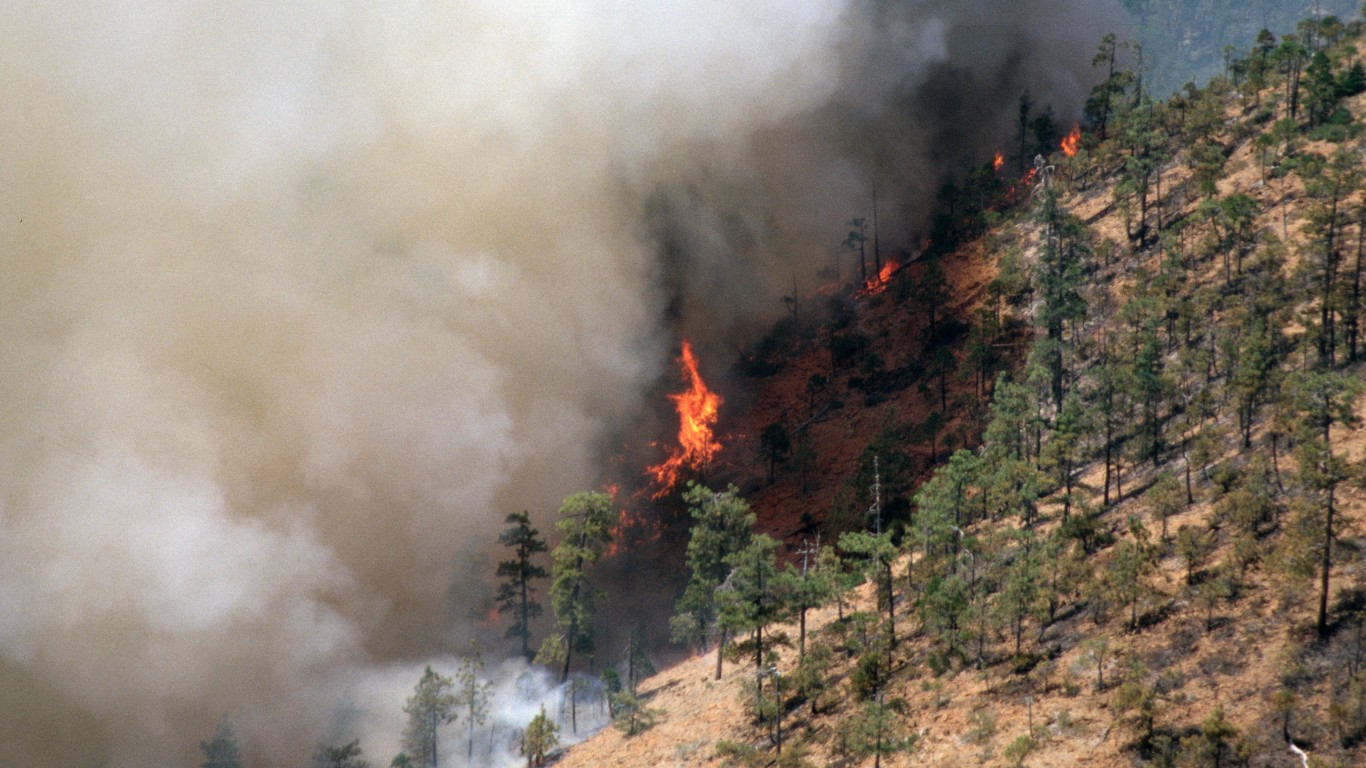 A lightning strike in the Kalmiopsis region in southwest Oregon ignited five fires on July 13, 2002. The blaze came to be known as the Biscuit Fire, named after Biscuit Creek in southern Oregon. It was the largest recorded forest fire in Oregon history to that point, destroying more than 500,000 acres.

ALSO READ: The Worst Statistic About Your State 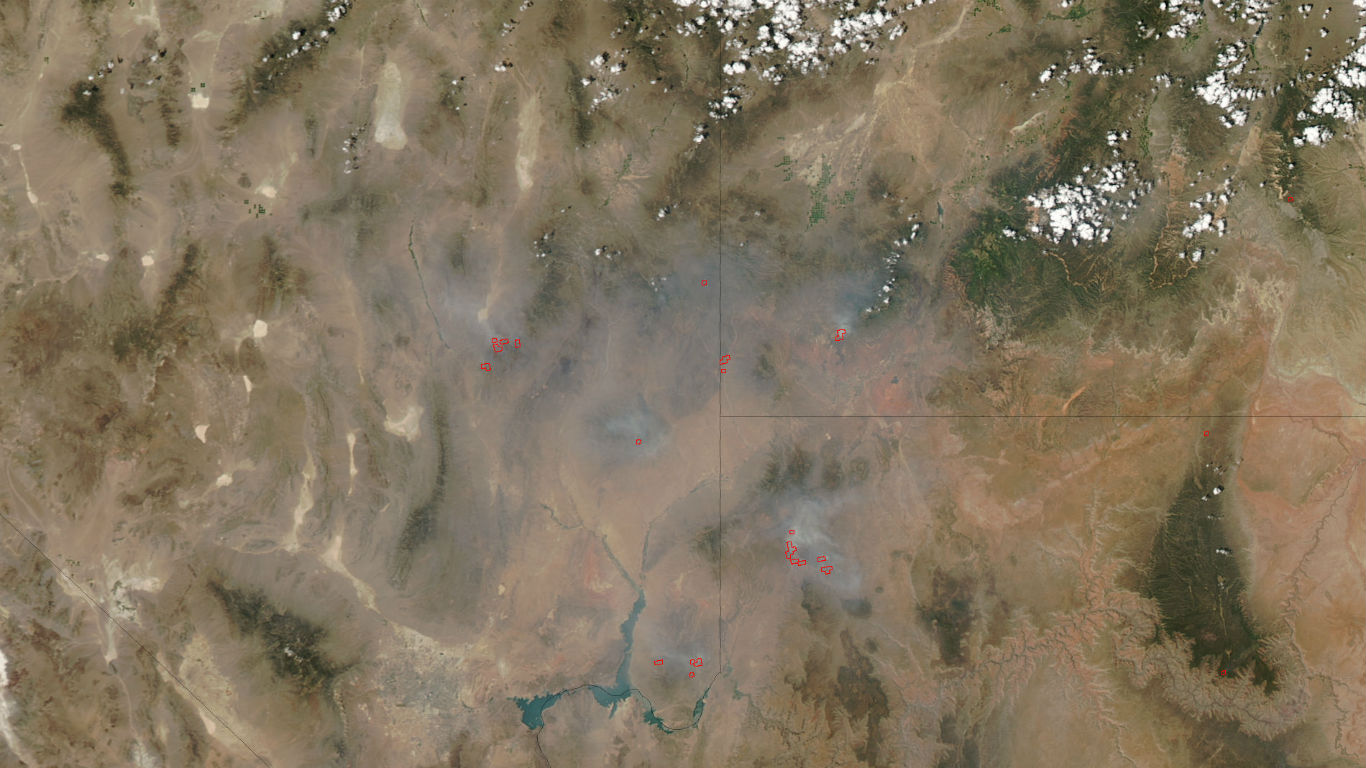 Source: Courtesy of NASA via nasa.gov

The Southern Nevada Complex Fire was a devastating blaze in the Spring Mountains near Las Vegas that was started by a lightning strike in June of 2005. The fire burned more acreage, about 509,000 acres, than any other fire in Nevada. The inferno was particularly devastating to the desert tortoise population of the region. In addition to the deaths of the animal, the fire destroyed their habitat, prolonging the impact of the fire. 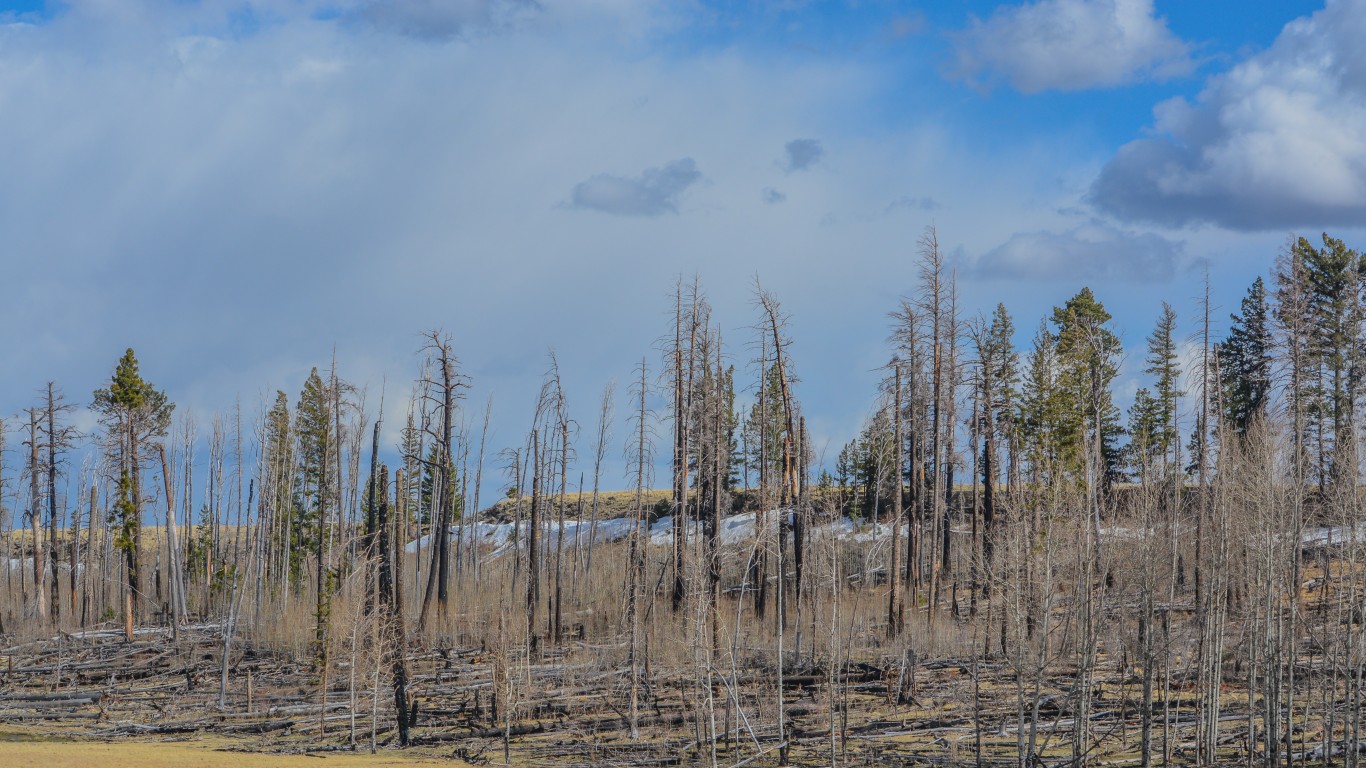 A lightning strike on June 13, 2011, ignited the Wallow Fire, which burned in the mountains of eastern Arizona near the border with New Mexico and became Arizona’s largest fire. High winds and hot, dry weather conditions fueled the inferno, forcing the evacuation of the towns of Alpine and Nutrioso. 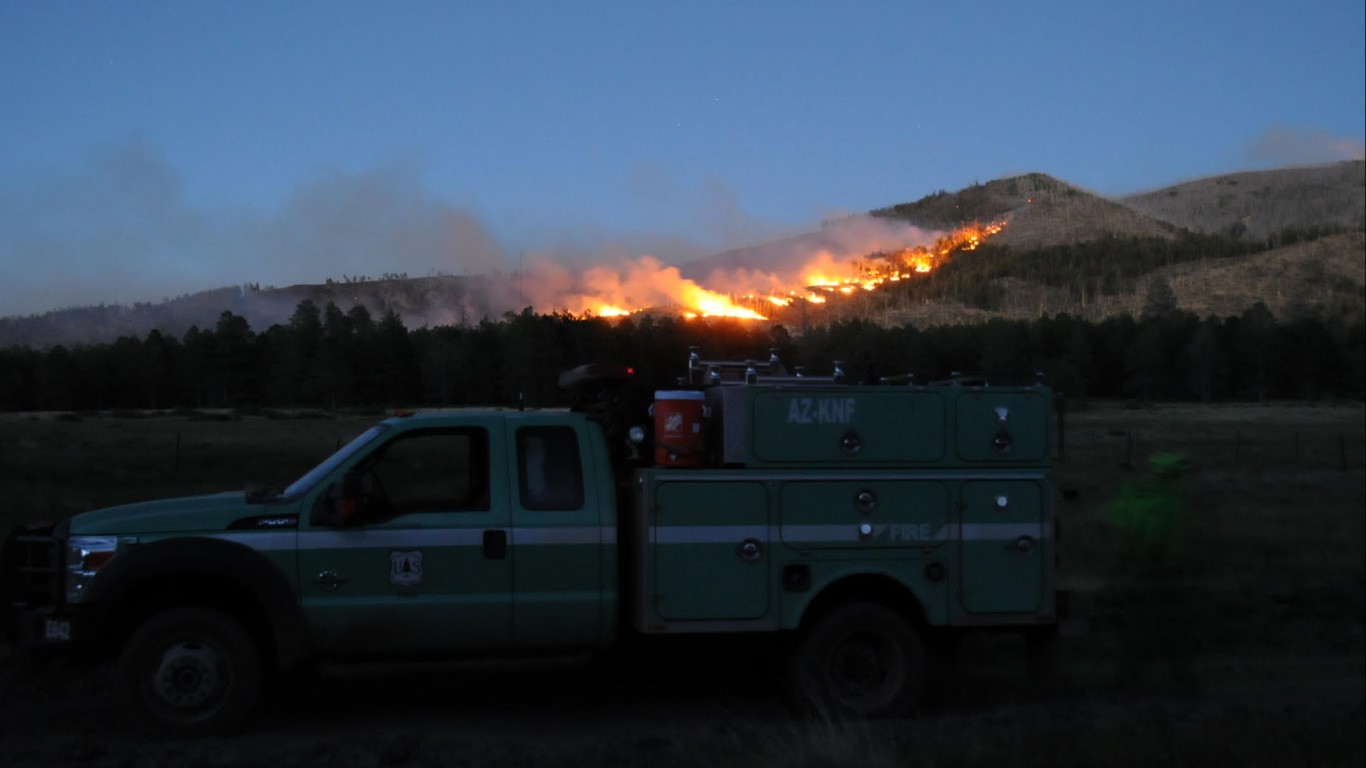 The Boundary Fire started on June 13 about 20 miles northeast of Fairbanks, the third most populous city in Alaska. The blaze was declared out on Nov. 30. Over 860 firefighters battled the conflagration.

The Hottest Day on Record in Every State

Hottest Places in the US Right Now