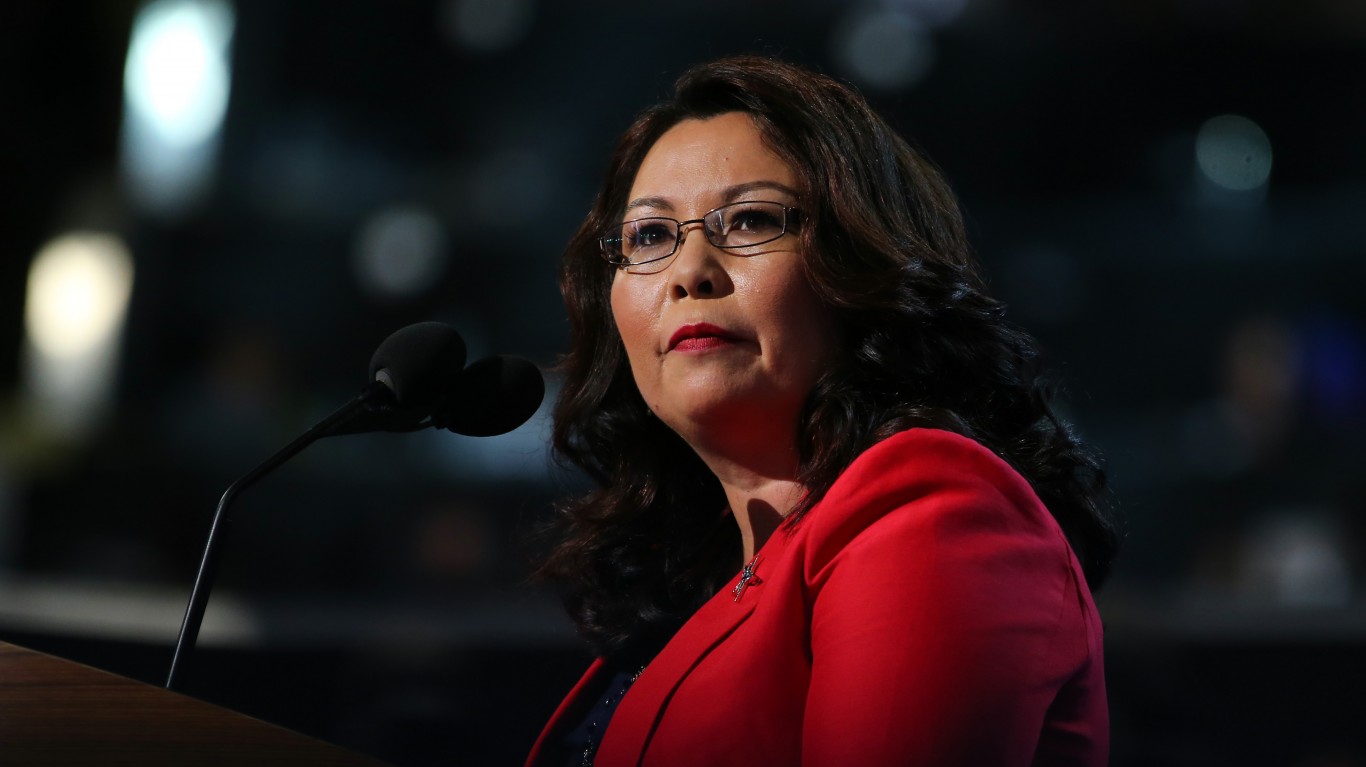 Illinois Democrat Tammy Duckworth, a double amputee, served in the House of Representatives from 2013 to 2017 and has been her home state’s junior senator since then. She was a combat veteran and helicopter pilot in the Iraq war, where she lost both her legs to an Iraqi grenade. Despite her injuries, she continued to serve and became a lieutenant colonel. She is the first disabled woman — and also the first Thai-American — elected to Congress.