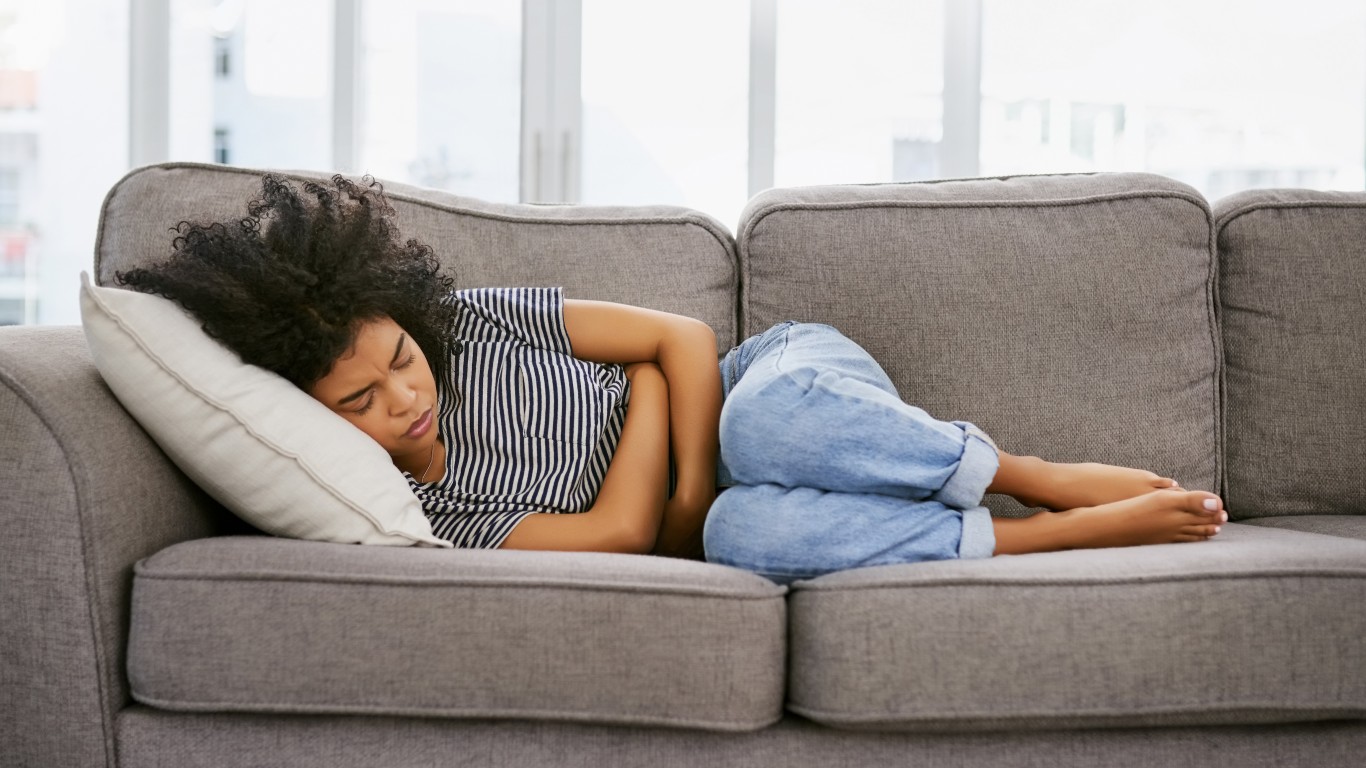 Abdominal discomfort such as cramping and gas pain may be a sign of colon cancer if it is persistent and gets worse over time. When these symptoms occur, the cancer is usually advanced. Because most symptoms of colon cancer don’t normally appear until the tumor has spread, and because more young people are diagnosed with the disease, the American Cancer Society recommends screening for colon cancer to start when people turn 45. 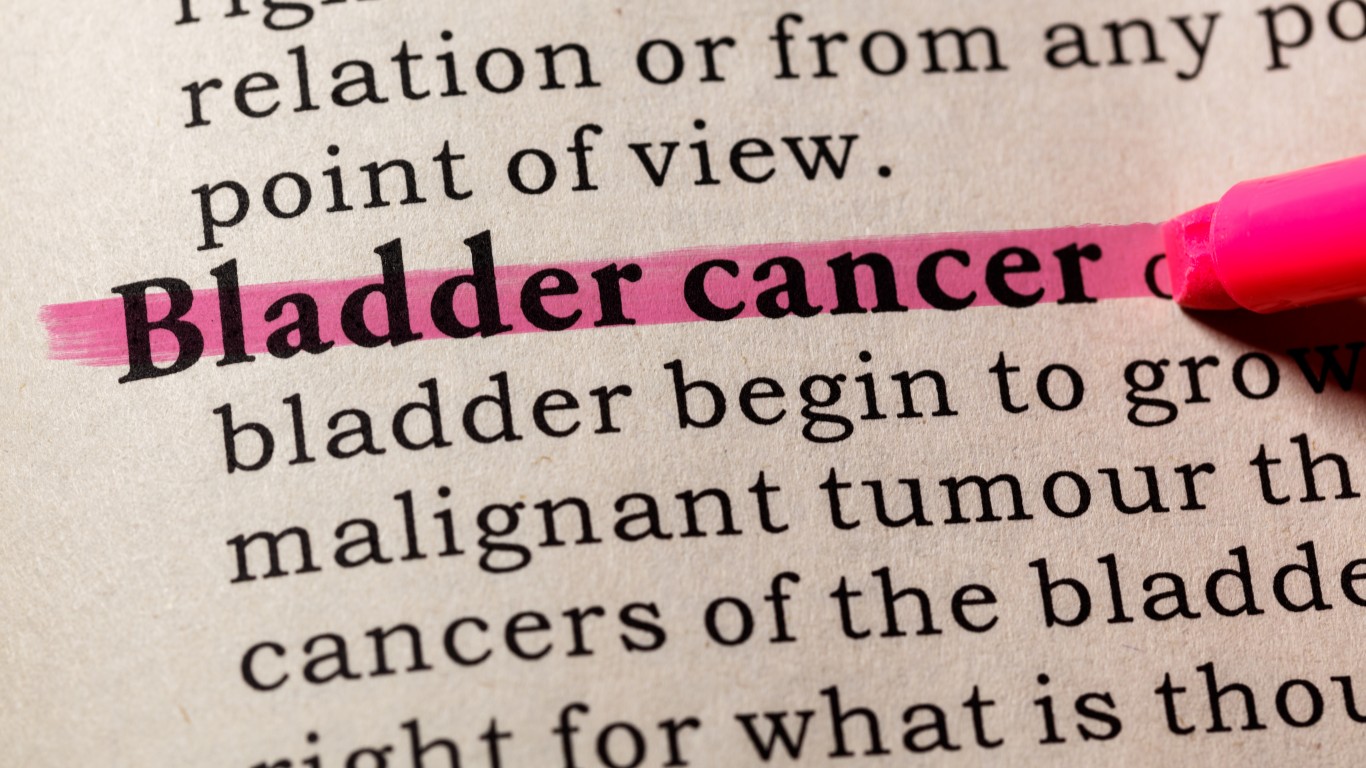 Feeling pressure or pain in the bladder that isn’t going away after a week or two is a more specific sign of ovarian cancer, Alvarez said. The pain is likely caused by the tumor or fluid in the abdomen that has built up because of the tumor. “When it’s cancer, abdominal pain and pressure on the bladder tend to happen together,” Alvarez said.

24/7 Wall St.
States With the Lowest (and Highest) Cancer Rates 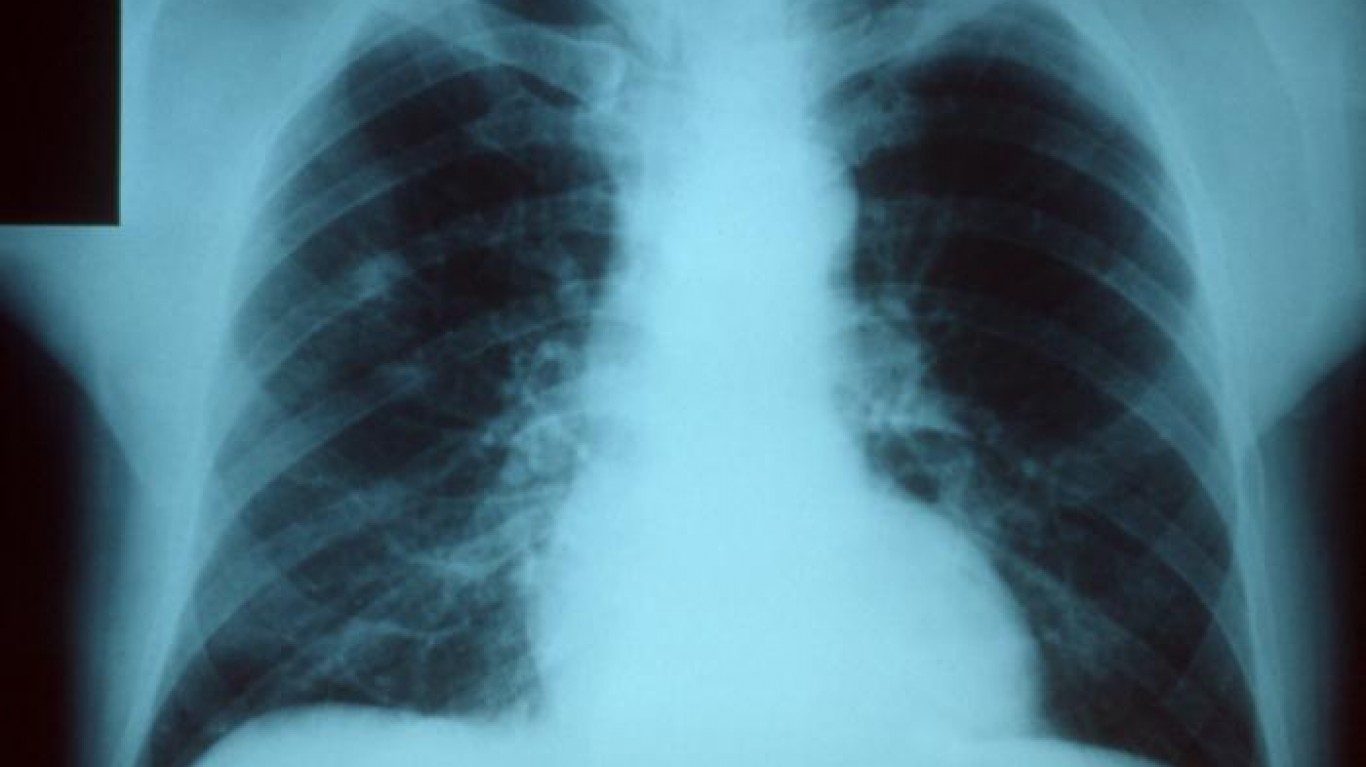 Lung cancer is very common but it is rarely detected early. The symptoms are too vague. One symptom may be bronchitis or pneumonia that don’t seem to go away, as the tumors in the lungs may block the airway, causing frequent infections. 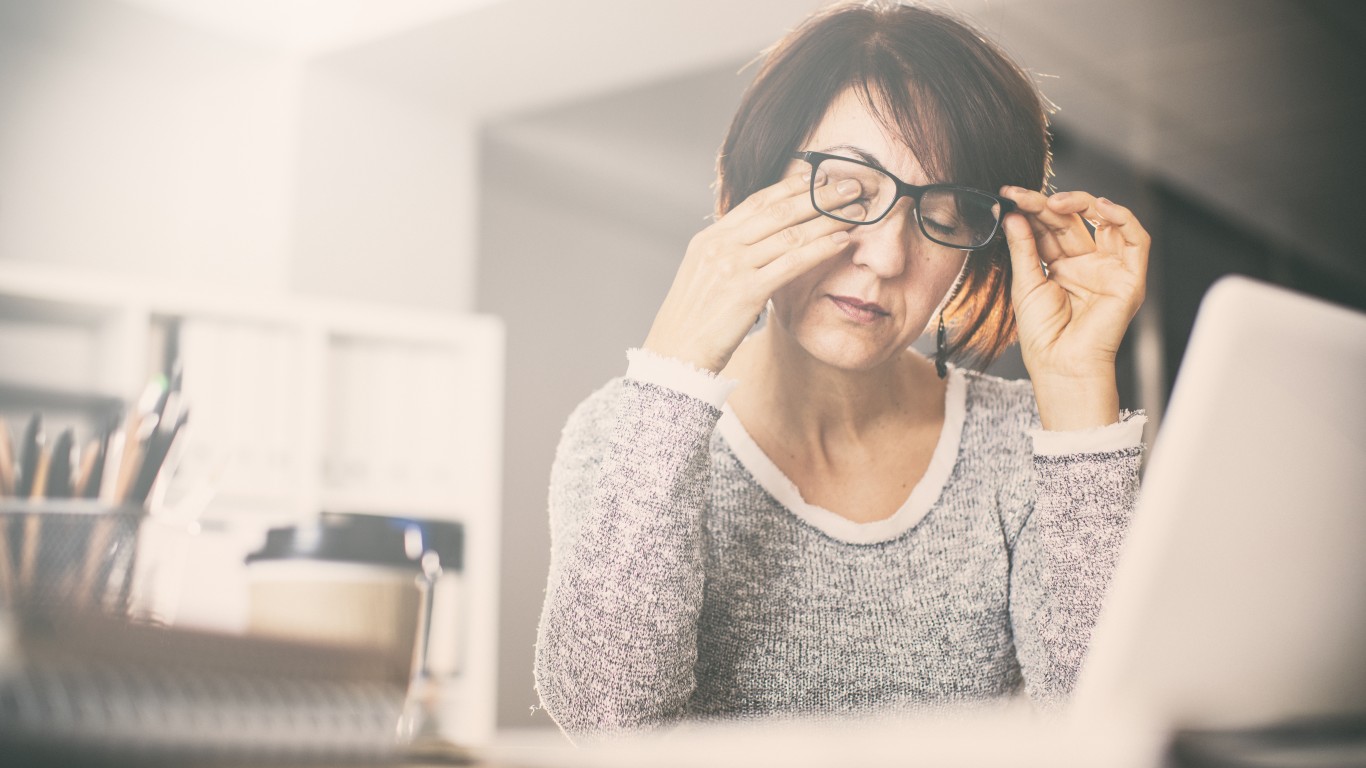 Being tired and having low stamina is a symptom of many chronic conditions. Cancer-related fatigue won’t be the only symptom of the condition, Alvarez explained. The feeling of exhaustion in cancer patients is different than feeling tired from not getting enough sleep or working too much. People with cancer feel very weak or drained. Rest can help for a short time, but even a light physical activity is exhausting, according to the American Cancer Society. 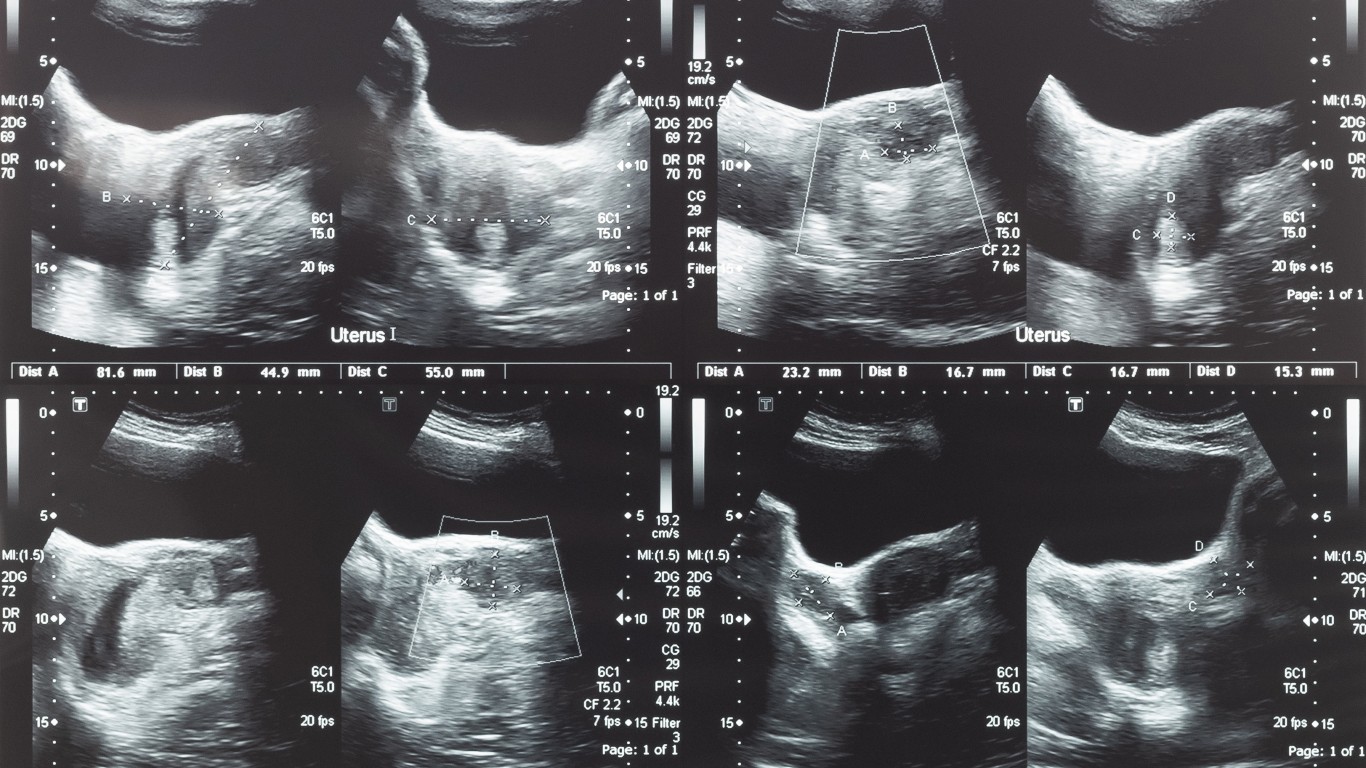 Many women’s first sign of uterine cancer, or at least the first symptom they actually notice, is abnormal vaginal bleeding. Regardless of whether it’s just spotting, a watery and blood-streaked flow, or heavy bleeding, it should be investigated especially if it occurs during or after menopause, Alvarez said. Irregular bleeding is also a common sign of cervical cancer, he added. It may occur between menstrual periods or after sex.