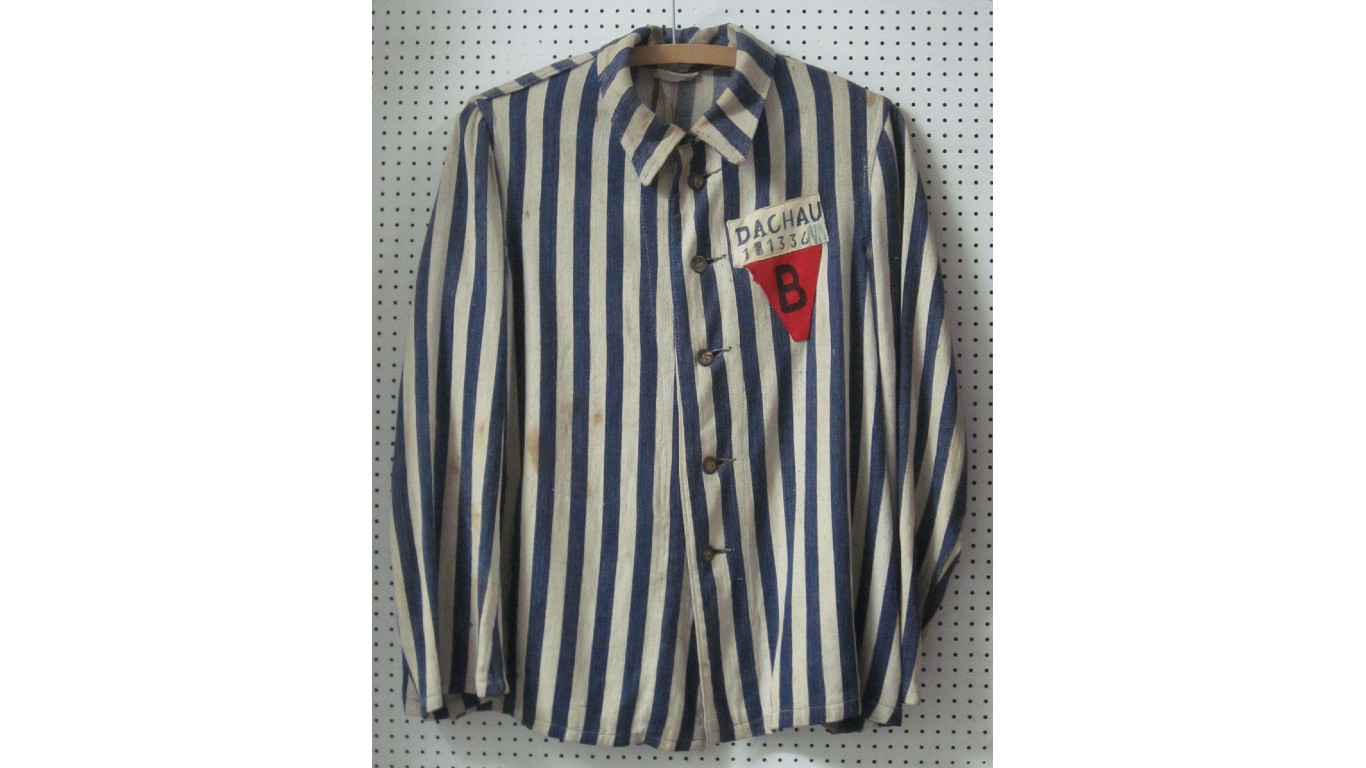 Uniform of a Belgian political prisoner in Dachau (CC BY-SA 3.0) by Brigade Piron

The Nazis used the letter “B” to mark Belgian prisoners. Belgium is one of the countries that was occupied twice by German forces, in 1914 and 1941. Under the second occupation during WWII, the Nazis murdered more than 40,000 Belgians, over half of them Jews. 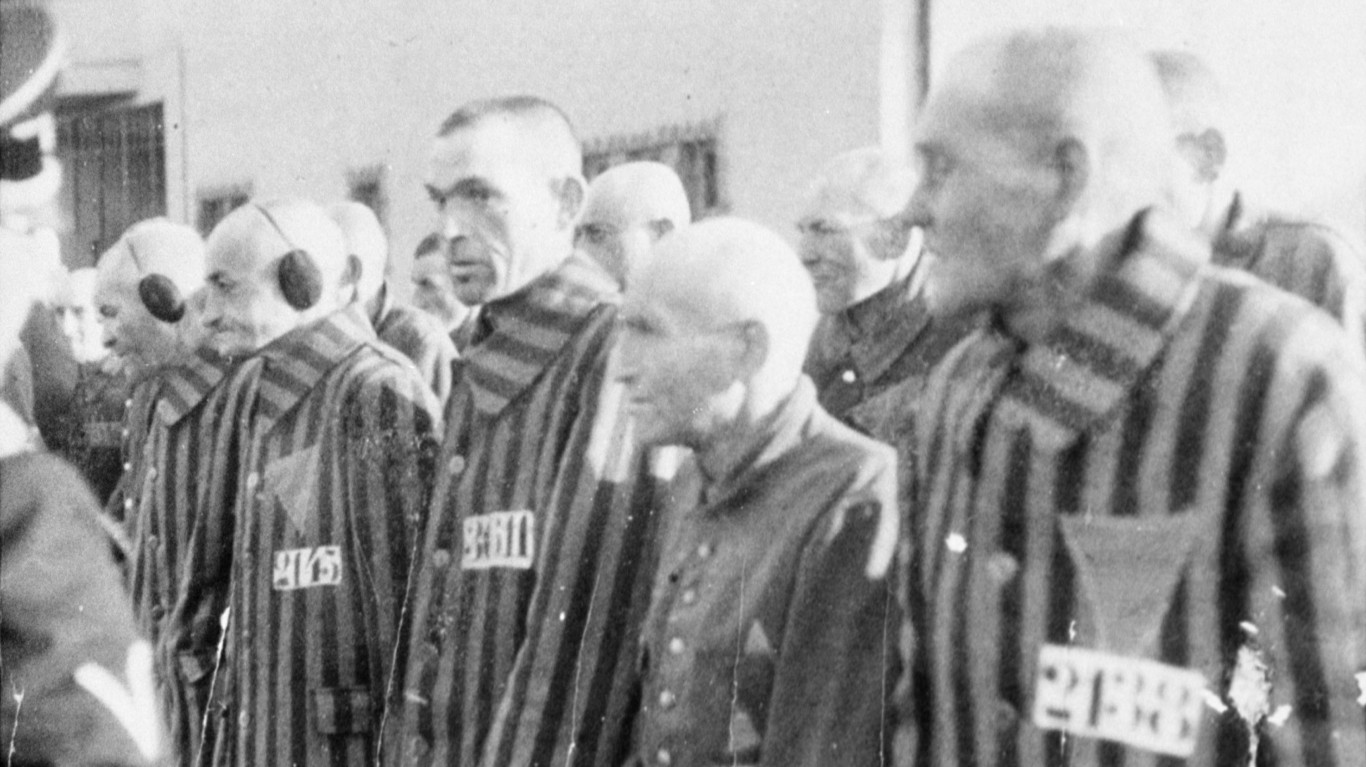 Asylum seekers in countries controlled by the Nazis or under their influence were labeled with blue inverted triangles and forced into labor. 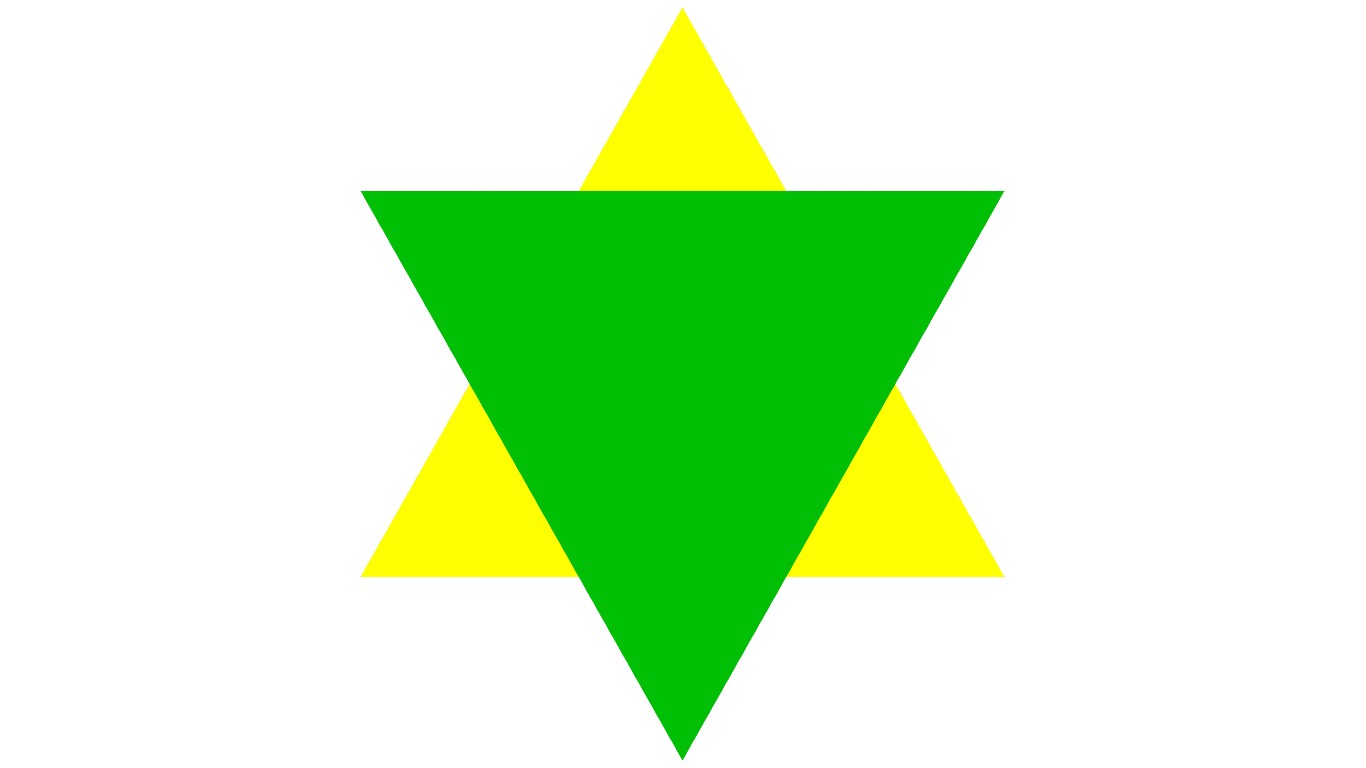 The Nazis often used the color green to classify individuals with a criminal record. If a documented criminal was Jewish, he or she was given a green and yellow star. 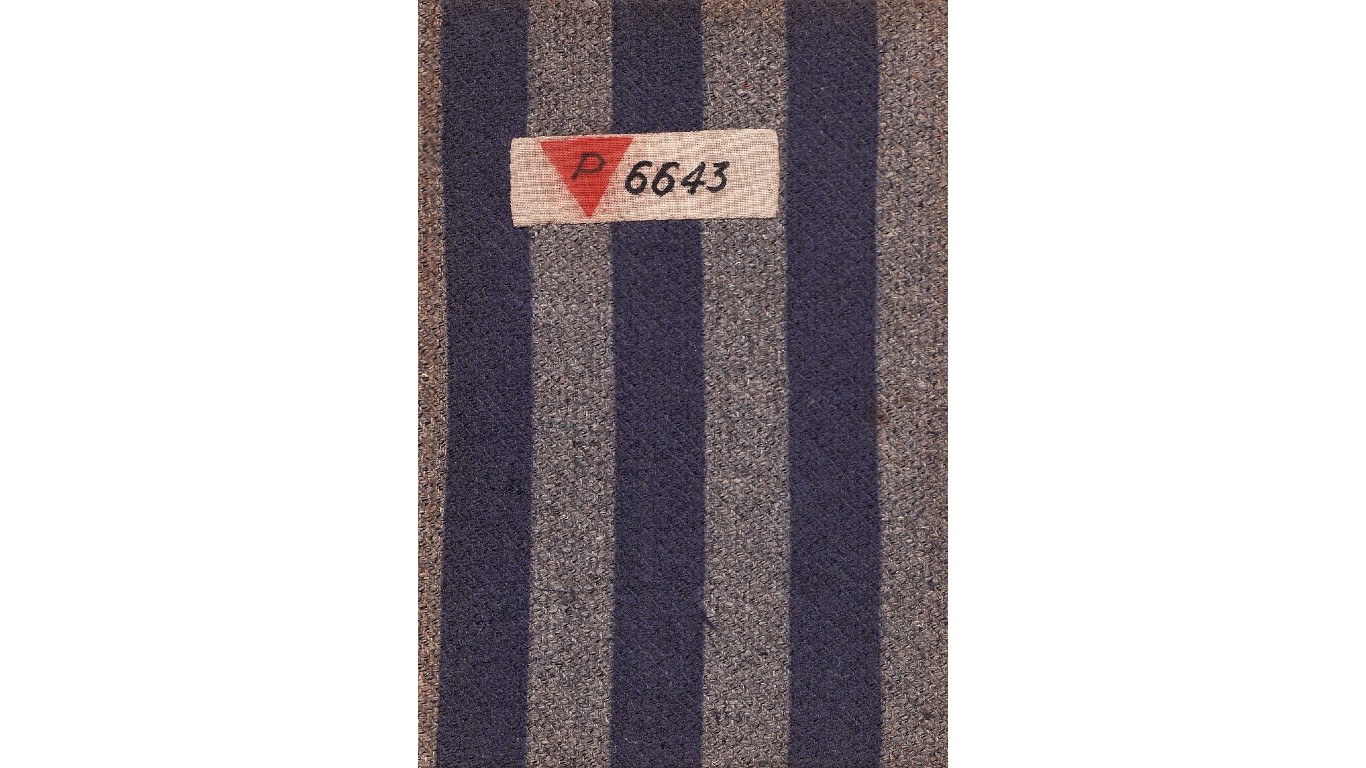 Those branded with a “P” were Poles, and included many considered members of the intelligentsia (doctors, teachers, etc.) Educated Poles were viewed by the Nazis as dangerous at the time, and any education counter to Nazi ideology was considered a threat to the “Aryan race.” During the Nazi occupation of Poland between 1939 and 1945, Hitler deployed a targeted strategy termed “exterminating the elites.” In the early years of WWII, some 100,000 Poles were killed as part of the mass-murder program called Intelligenzaktion. 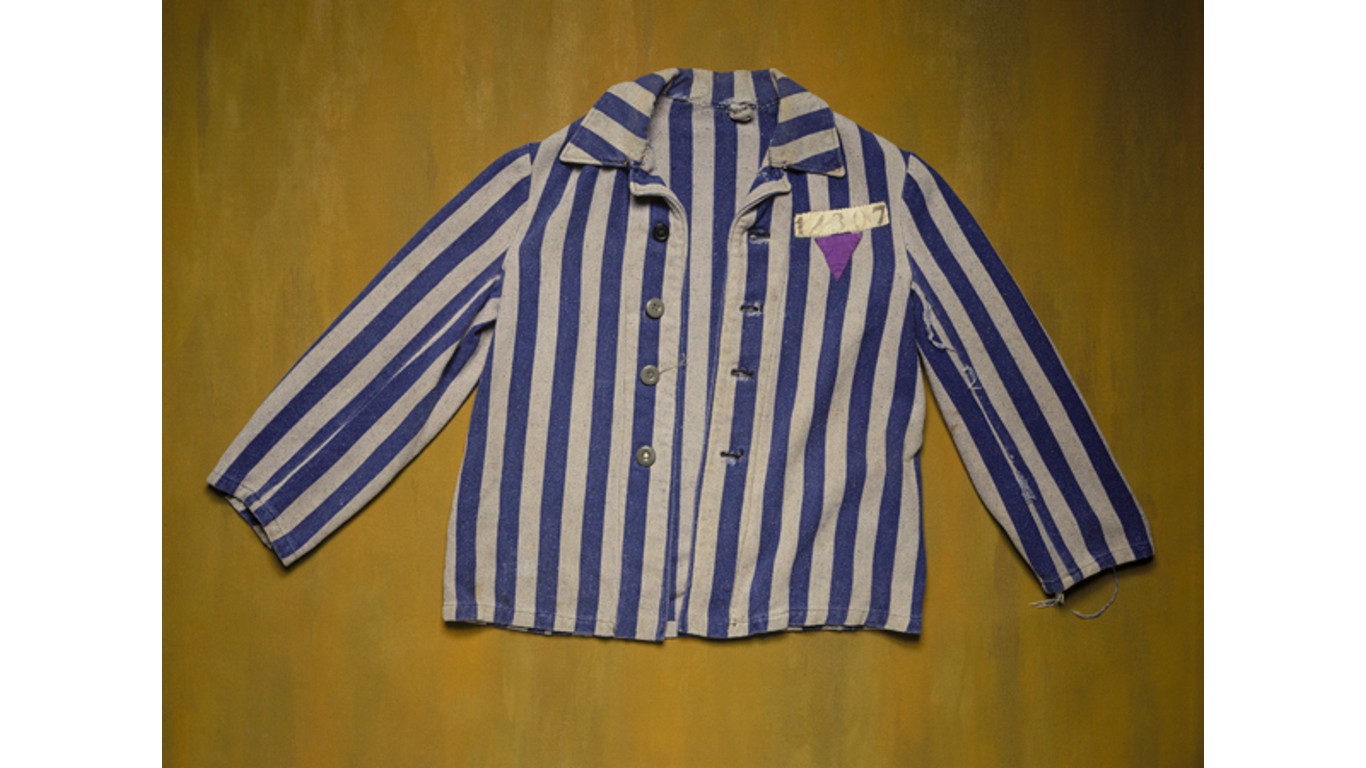 The purple triangle was introduced in July of 1936, for anyone unwilling to align with the Nazi party. While Jehovah’s Witnesses comprised the vast majority of this group because of their faith-based political neutrality and refusal to use the Hitler salute, members of some other pacifist groups were also made to wear the symbol.