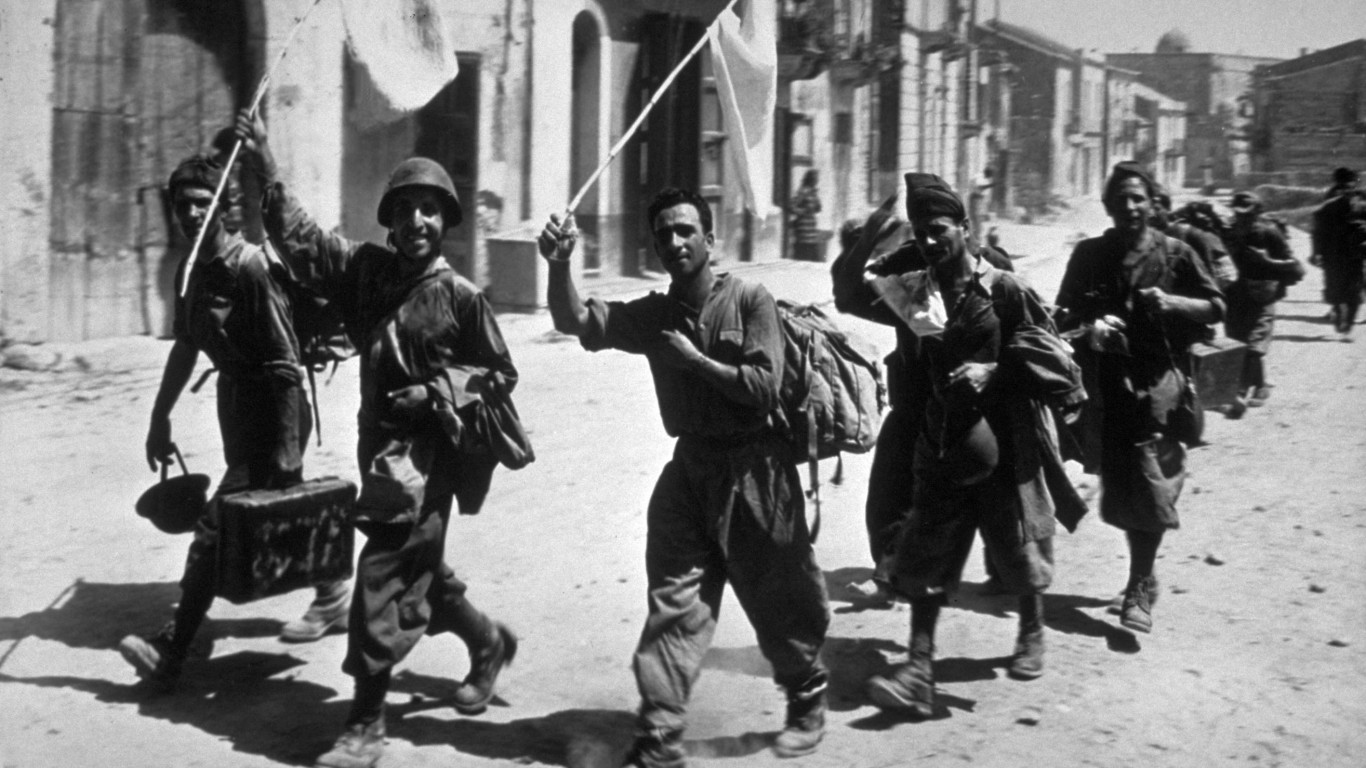 As one of the three major Axis powers during WWII, Italy greatly assisted in expanding the Nazi regime. Any Italians who resisted falling in line were jailed and given the letter “I” in place of a name. Italy would go on to declare war against its former partner in October of 1943, helping to turn the tide of war. 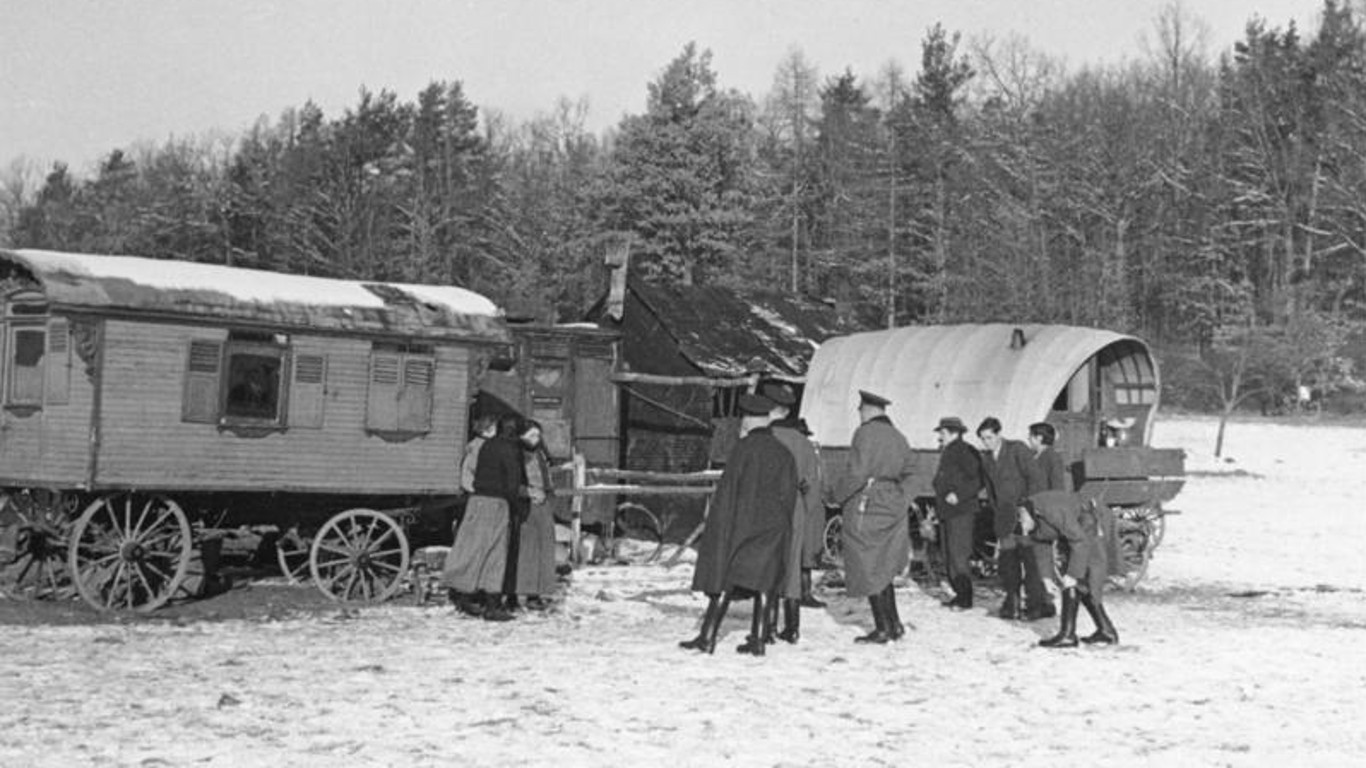 Letter “Z” next to a black triangle

The letter “Z” adorned the arm bands forcibly given to the Roma (formerly called “Gypsies” – the initial stands for Zigeuner, the German word for the group). When a “Z” combined with the black insignia, it signified that the wearer was a Romani woman. (Male Romani were given a brown triangle.) Members of this group were considered to be fortune tellers, prоstitutes, and other “anti-social” types. Some sources add that lesbians were given the symbol, but no official records verify that theory. 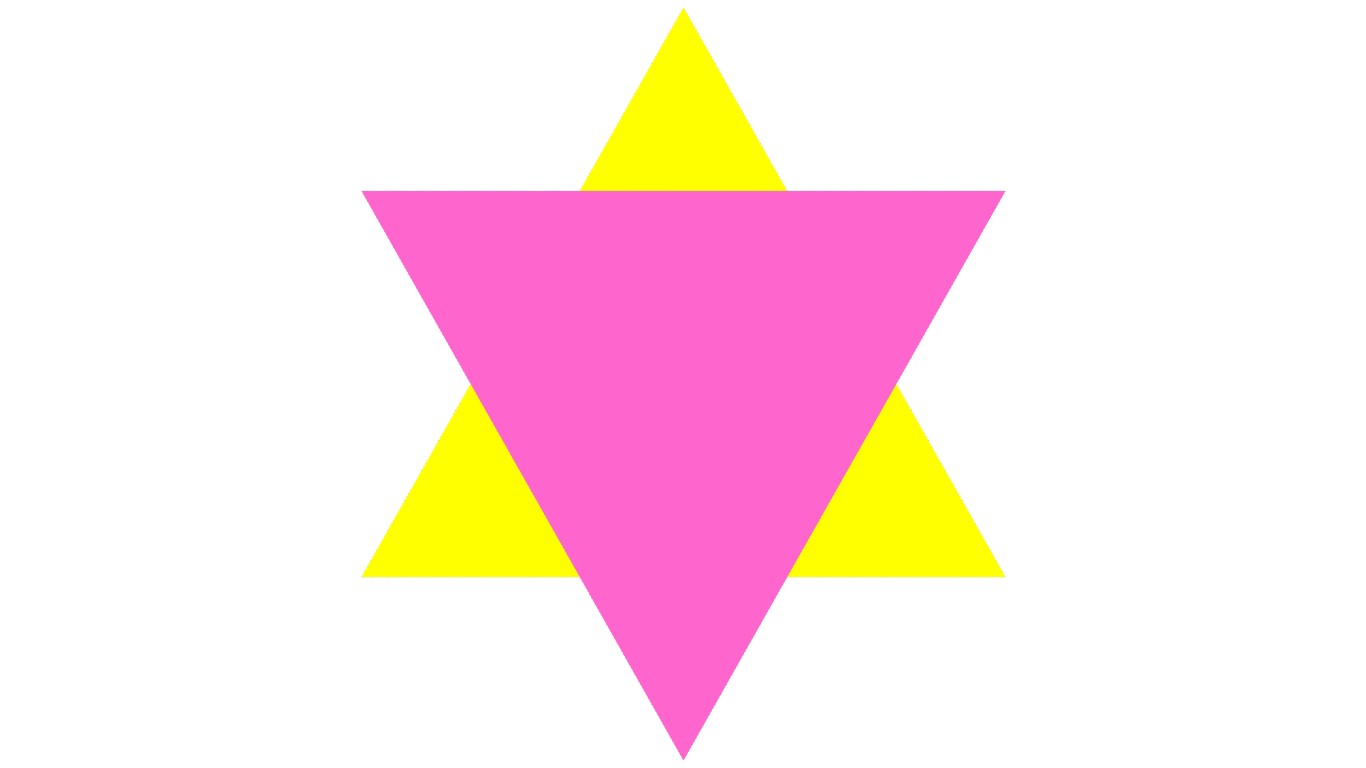 Gay Jewish men were tagged with a pink inverted triangle over a yellow triangle.

Male homosexuality was considered by the Nazis to be a “degenerative” trait. 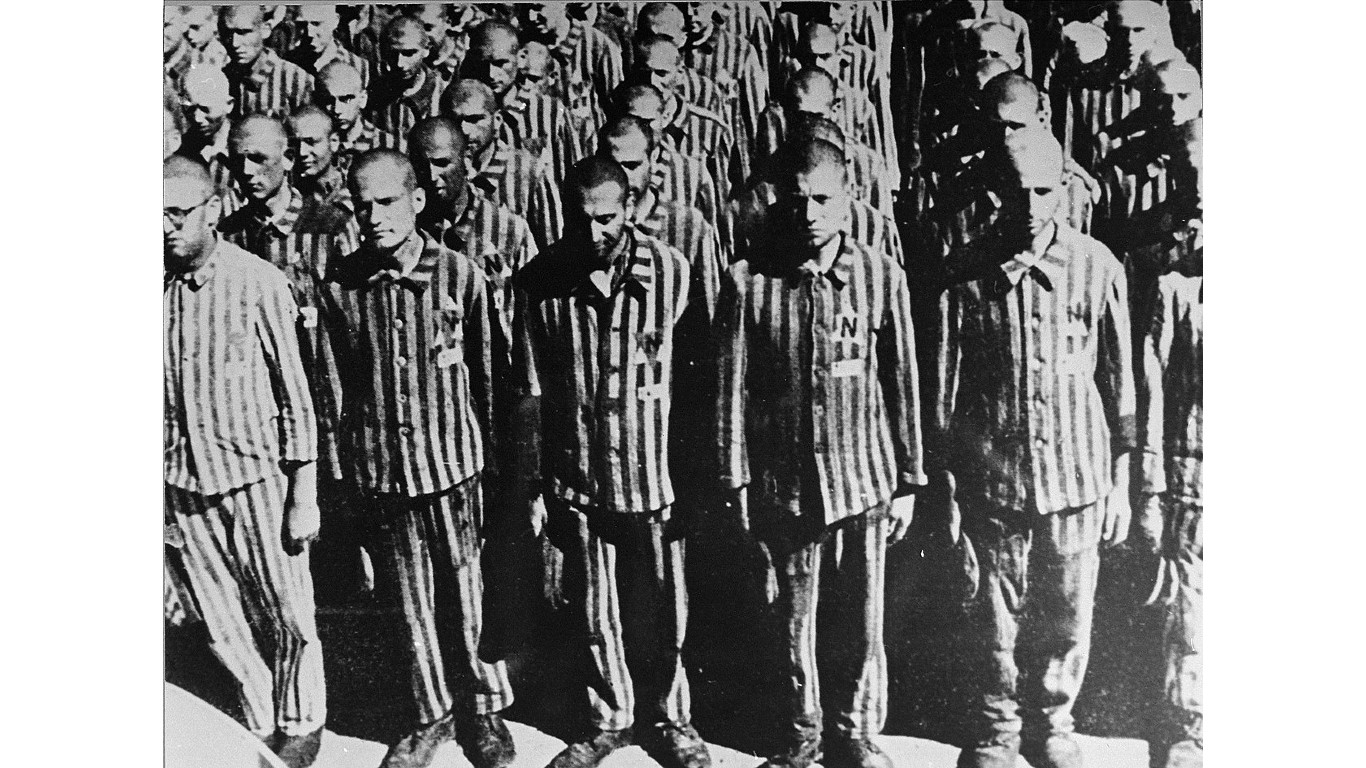 Insignias bearing the letter “N” were for people from Norway. The Nordic country maintained a neutral stance with Germany throughout much of the war, until they were occupied in 1940. 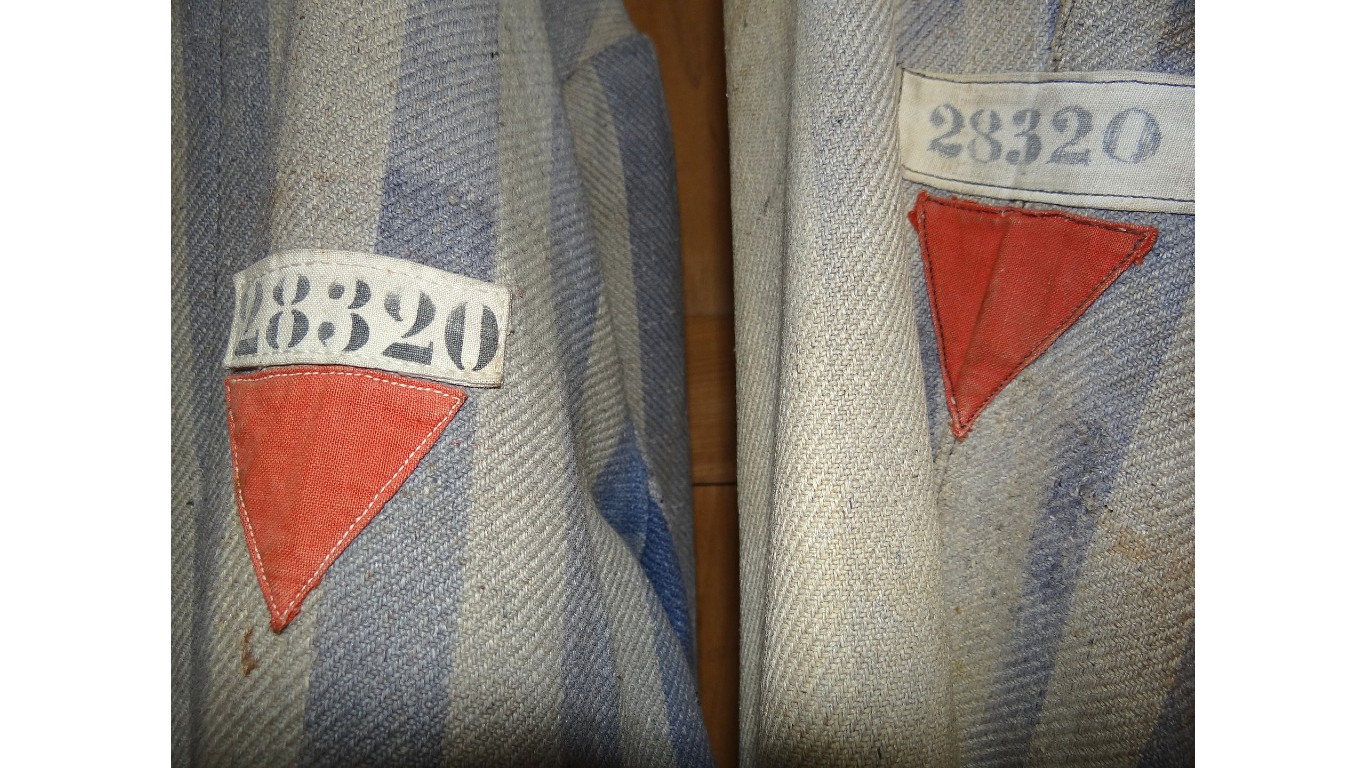 An inverted, red triangle was used to identify non-Jewish prisoners of war, including Freemasons, communists, and gentiles who helped Jews. Bold letters were used to designate members of the group by nationality.