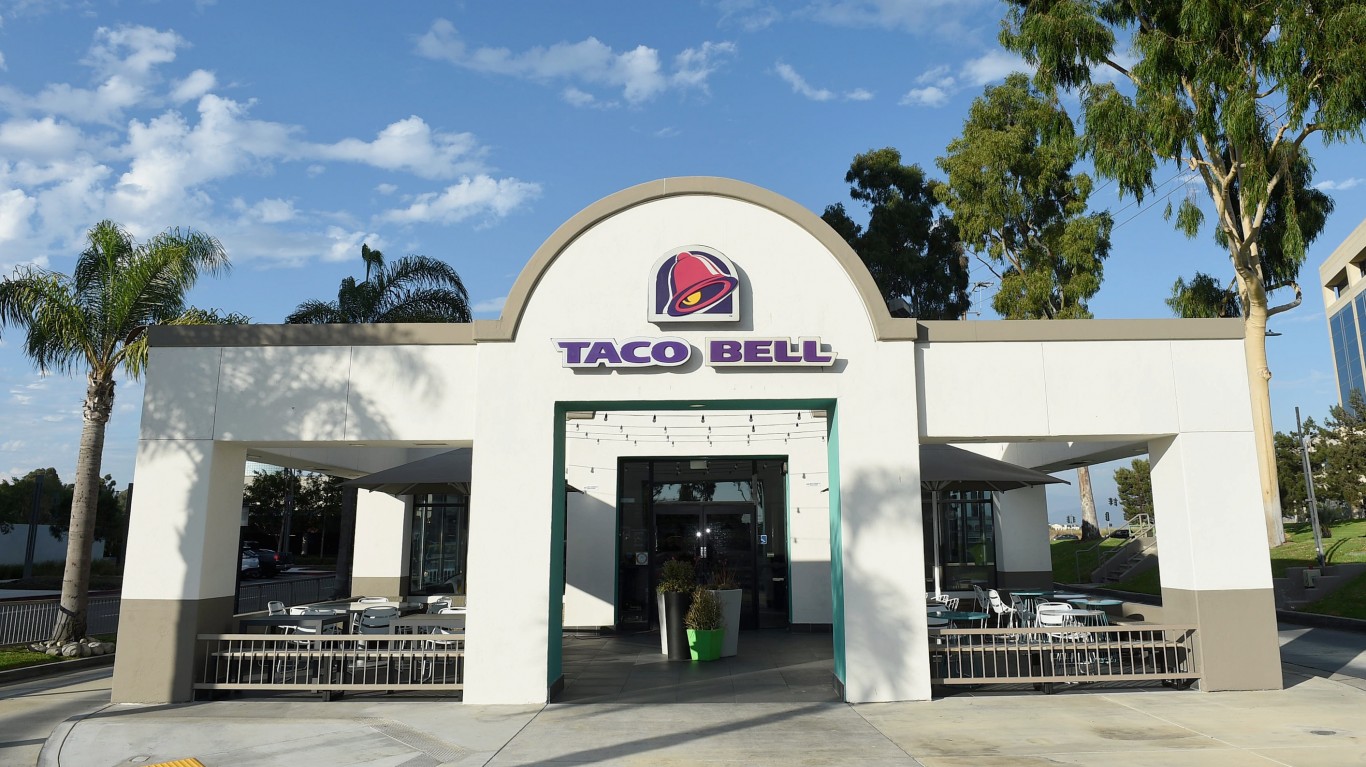 Taco Bell was founded back in 1962 by an entrepreneur named Glen Bell (yes, the chain is named after its founder, not an actual bell). After opening a hot dog stand in San Bernardino, California, he noticed that a restaurant across the street named Mitla Café was doing extraordinary business selling hard-shelled tacos. Bell eventually convinced the owners to let him see how they made their specialty, and in 1951 he opened a taco stand of his own. He spent years perfecting the formula and settling on a name, and in 1962 Taco Bell was born, with a menu of tacos, burritos, tostadas, frijoles, and chiliburgers. The original building currently lives in the parking lot of the chain’s corporate headquarters in Irvine. 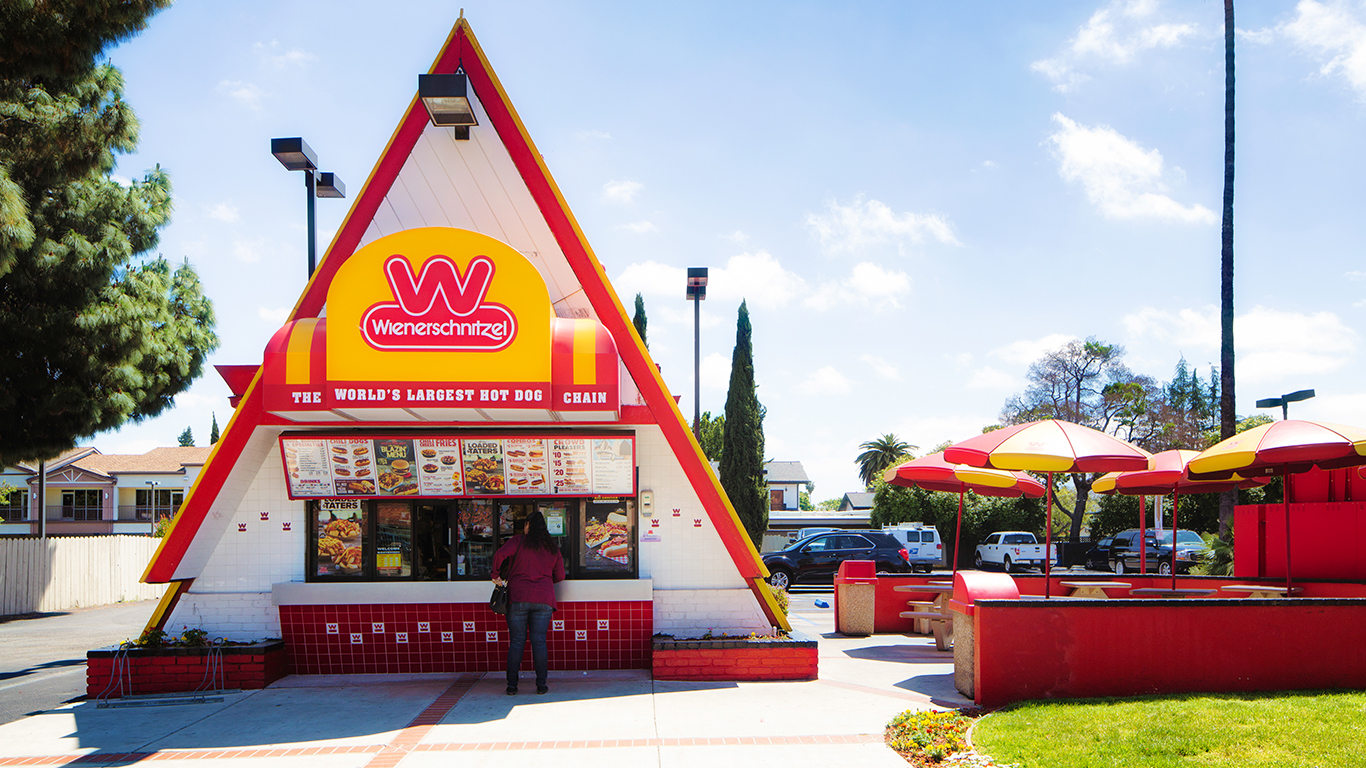 Contrary to what its name might imply, Wienerschnitzel isn’t German, nor does it have anything to do with the Viennese fried veal cutlet it’s named after. It’s actually a chain of hot dog stands founded in 1961 by a former Taco Bell employee named John Galardi, who opened the first location in the Los Angeles community of Wilmington after being encouraged to do so by Glen Bell himself. Galardi’s wife, Cynthia, reportedly came up with the name while leafing through a cookbook. The majority of Wienerschnitzel’s locations are still in California and Texas, and it’s still closely associated with its A-frame roof, even though newer locations forgo it. 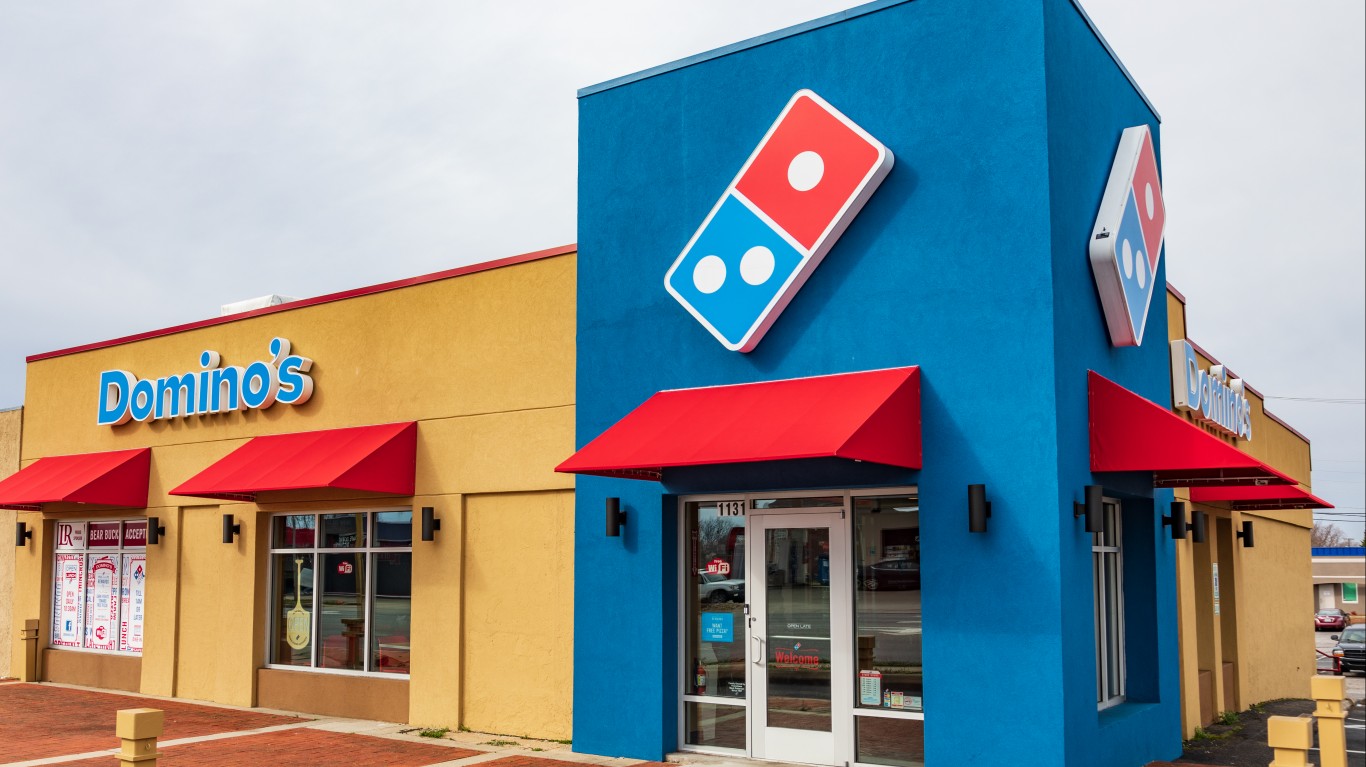 In 1960, brothers Tom and James Monaghan scratched together $1,400 to purchase a small pizza chain named DomiNick’s in Ypsilanti, Michigan. After eight months, James decided that he didn’t want to quit his job as a postman, so he exchanged his shares in the company for Tom’s Volkswagen Beetle (one of the absolute all-time worst business decisions). Tom expanded out to three locations within five years and changed the name from DomiNick’s to Domino’s – the three dots on the logo are symbolic of these first three locations. Tom ran the company until 1998. 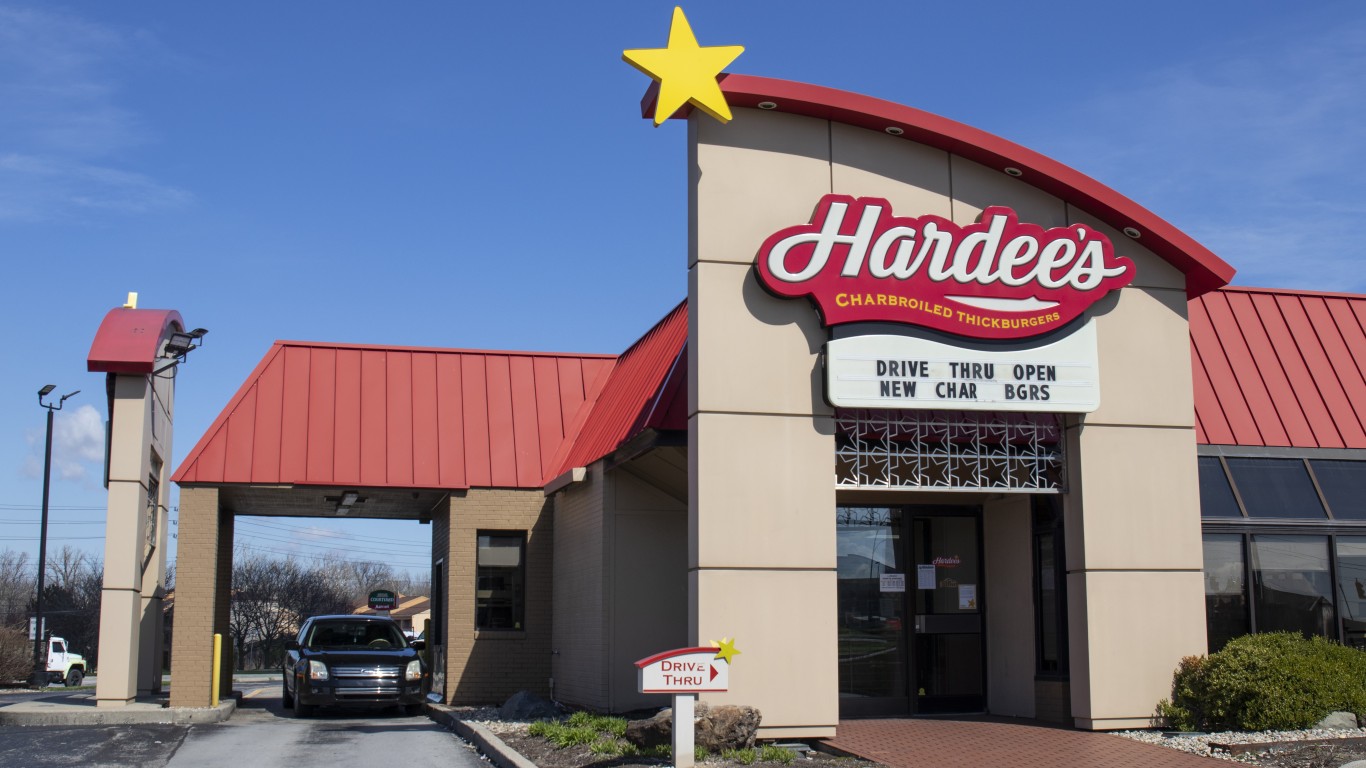 Wilbur Hardee opened a restaurant in Greenville, North Carolina, in 1960, and it was so successful that a year later he opened a second location in nearby Rocky Mount with new partners James Gardner and Leonard Rawls. Gardner and Rawls took over the company from Hardee later that year (Hardee claimed that he lost it in a poker game) and began establishing franchises shortly thereafter. Its simple menu of burgers, fries, shakes, and apple turnovers proved to be a hit, and nearly 200 locations had opened by the end of the decade. In 1997, the parent company of the California-base Carl’s Jr. chain bought Hardee’s. Today, the merged operations have more than 3,800 franchised or company-owned locations in 44 states and 43 foreign countries and US territories. 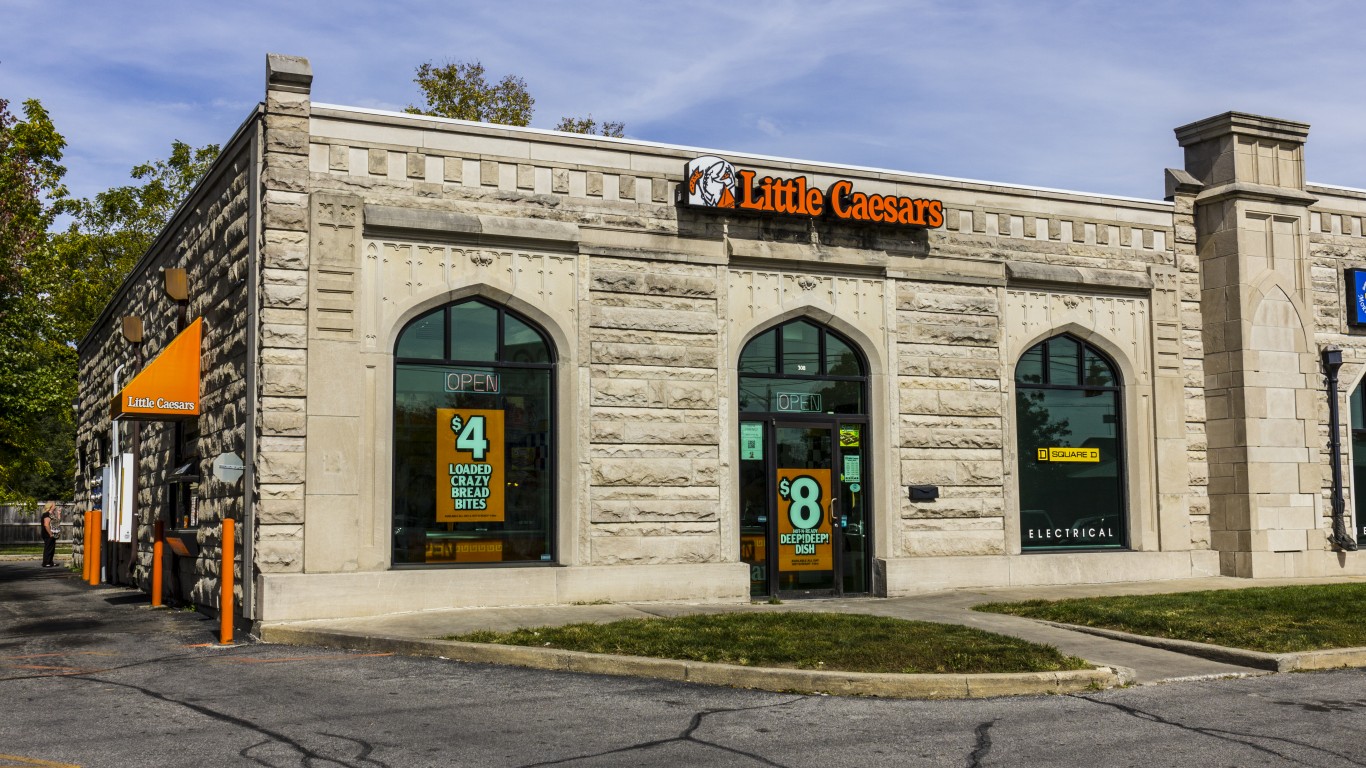 Pizza! Pizza! Founded by husband and wife Mike and Marian Ilitch as Little Caesar’s Pizza Treat in a strip mall just outside Detroit in 1959, Little Caesars sold its first franchise three years later and introduced its signature catchphrase in 1979 to advertise a deal offering two pizzas for the usual price of one. Even though it today has more than 5,000 locations worldwide, Little Caesars and the Ilitch family are still closely associated with Detroit. Ilitch Holdings also owns the Detroit Red Wings, Detroit Tigers, and the city’s historic Fox Theatre, home to its headquarters.