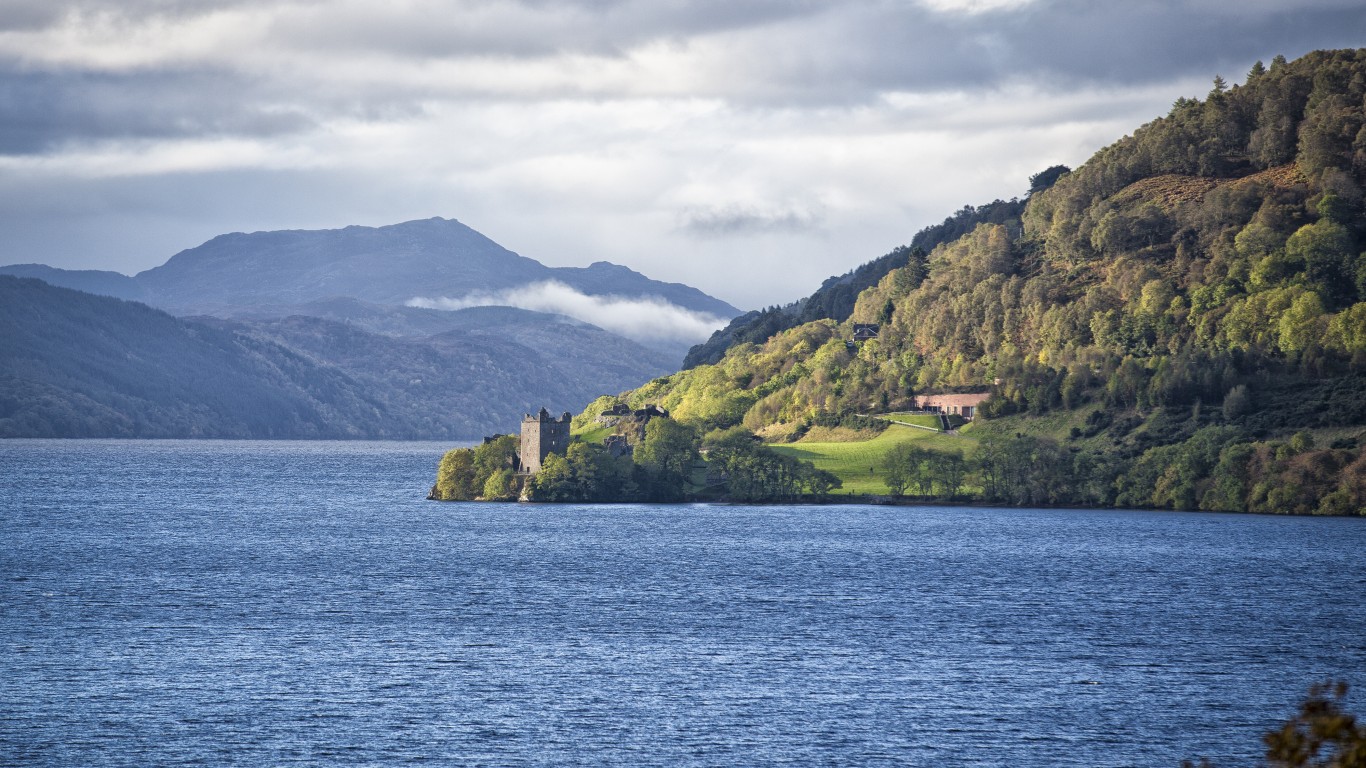 This large freshwater lake in the Scottish Highlands is purported to be the home of a prehistoric creature called the Loch Ness Monster, popularly known as Nessie. Scottish folklore has long told of a finned beast with a humped back who inhabits the lake, and ancient Pict stone carvings in the area also depict the creature. A fifth-century account of the life of Saint Columba tells the story of a man killed by the beast, after which the saint commanded it to retreat. Although some 20th-century sightings have been sxposed as hoaxes, videos, photos, and alleged sightings persist. 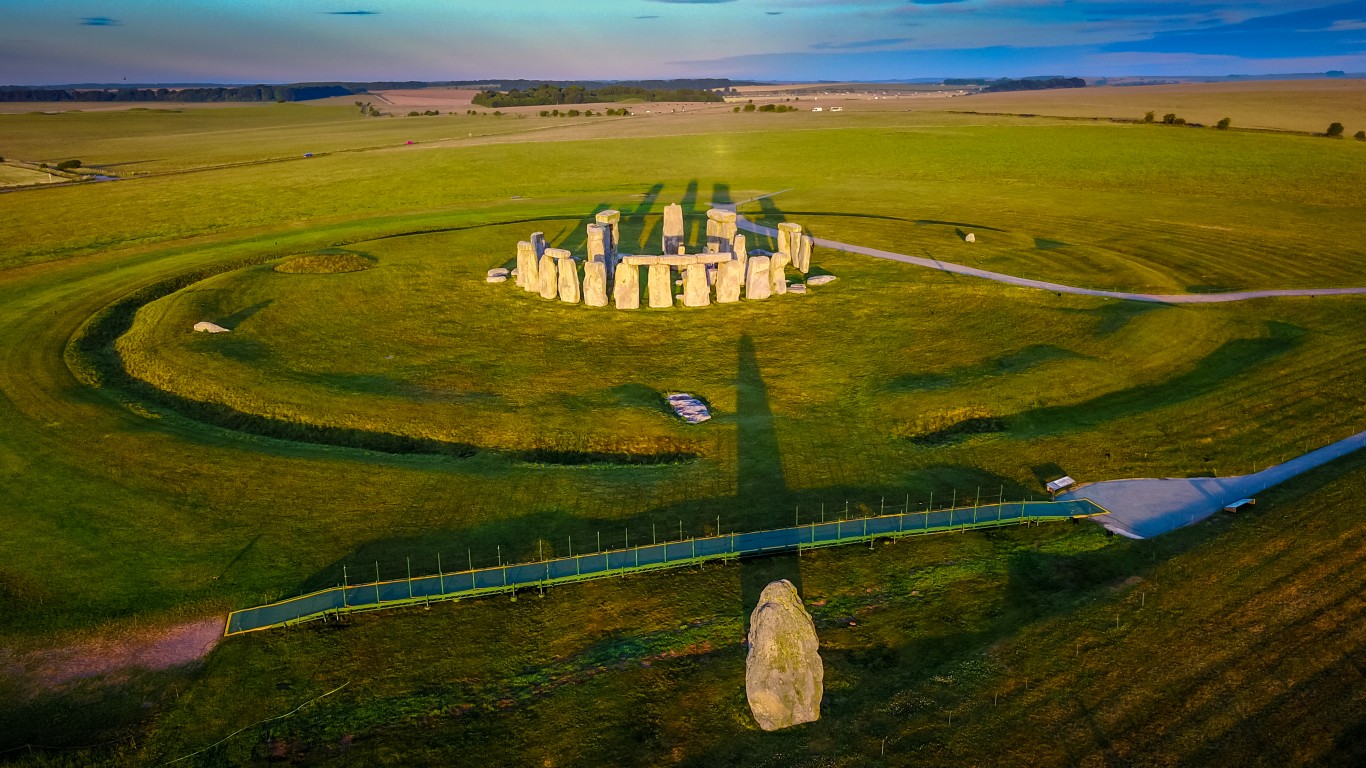 The most architecturally sophisticated prehistoric stone circle in the world, Stonehenge was built over 5,000 years ago and has seen many stages of use, with burial mounds and bones from the site spanning thousands of years. It is estimated that hundreds of cremation burials have taken place at the site, which was possibly used for religious, healing, or astronomical purposes. The entrance is aligned with the rising sun on summer solstice, suggesting it may have also served as a calendar.

It has long been known that most of the stones that make up the monument are from 140 miles away in South Wales, but a study published in 2021 suggests that the monument originally stood in Wales, close to where the rocks were quarried from, and was moved to its current location around 3,000 BC. To this day, the purpose and history of Stonehenge remains shrouded in mystery.

24/7 Wall St.
Most Dangerous Volcanoes on the Planet 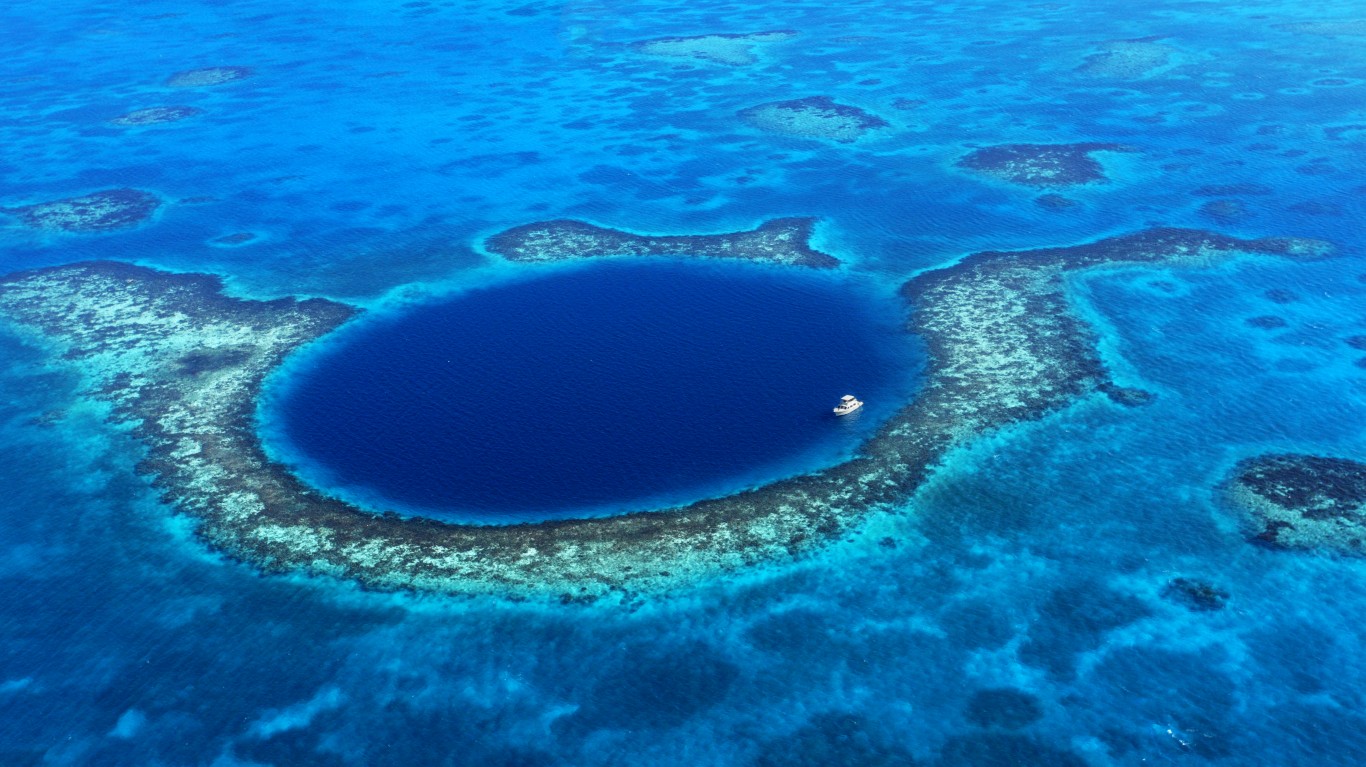 For years, this underwater sinkhole off the coast of Belize drew adventurous snorkelers and scuba divers, but none who’d ventured to the bottom. In 2018, a submarine crew finally descended further into the hole than anyone had ever gone and discovered that it was once a dry cave. No life exists in the bottom levels of the hole, due to a layer of toxic hydrogen sulfide, but stalactites and a graveyard of marine life lay in the depths of the cave – along with the bodies of a few divers who went missing while exploring the site. 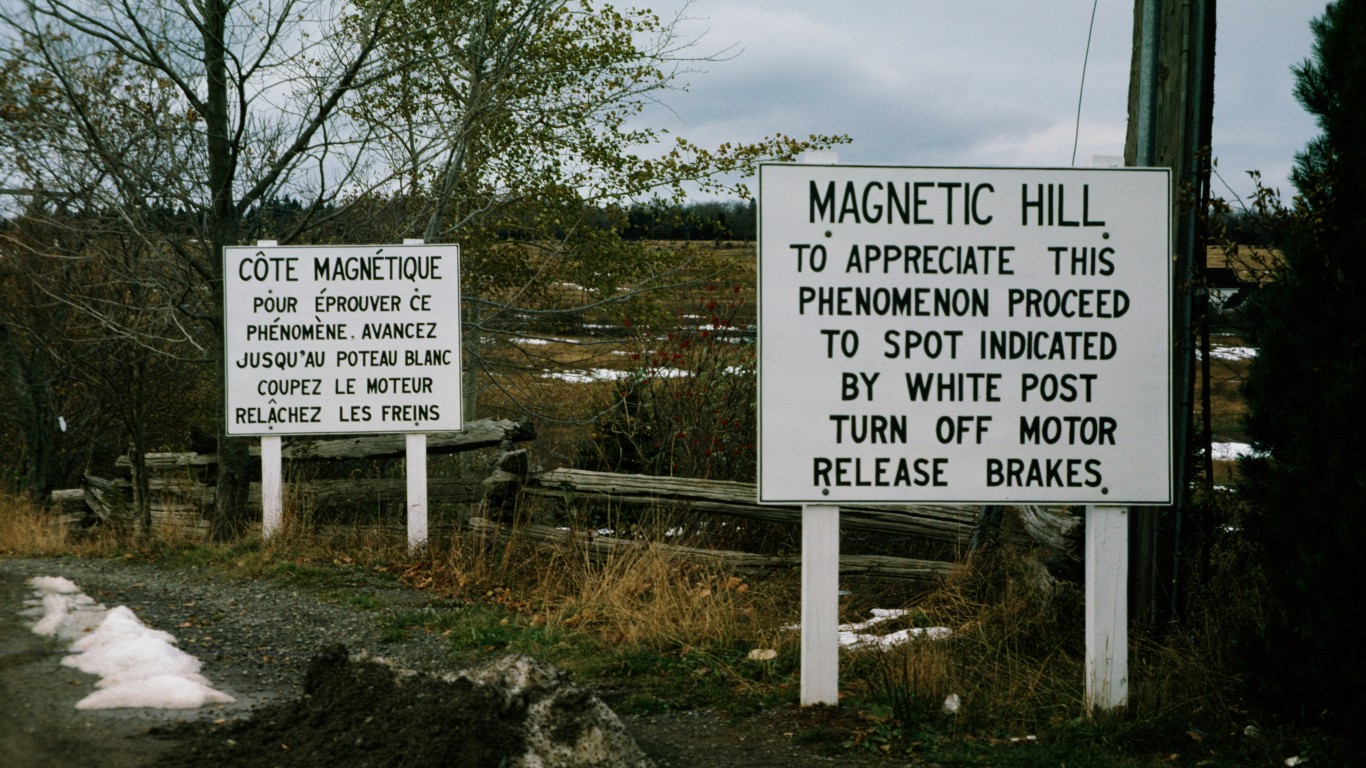 This optical anomaly has become a popular tourist attraction, where drivers can put their cars in neutral and appear to be getting pulled backward, seemingly uphill, by invisible forces. Water flowing nearby also appears to run uphill. Visitors have flocked to the site since a road was built there in 1931, revealing the seemingly gravity-defying phenomenon. 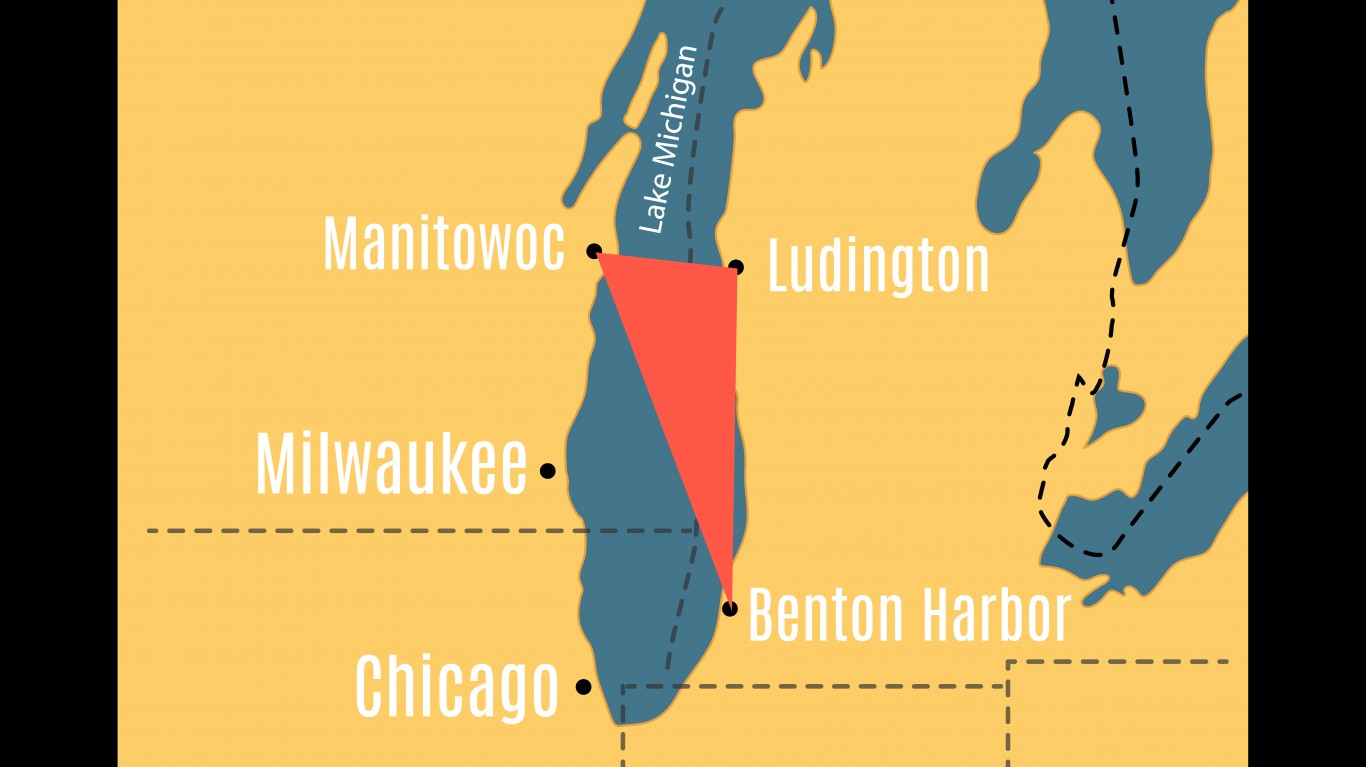 For hundreds of years, a section of water in Lake Michigan has been the site of numerous unexplained events. Since the 17th century, multiple ships as well as a flight carrying 58 people have disappeared there, never to be recovered. In 1931, another ship was found overturned, with all onboard dead. It appeared that the ship had collided with something, yet nothing was found that could have caused the collision. In addition to these accidents, a ship captain vanished from his locked cabin one evening in 1937, and strange lights as well as falling blocks of ice have been reported over the area.