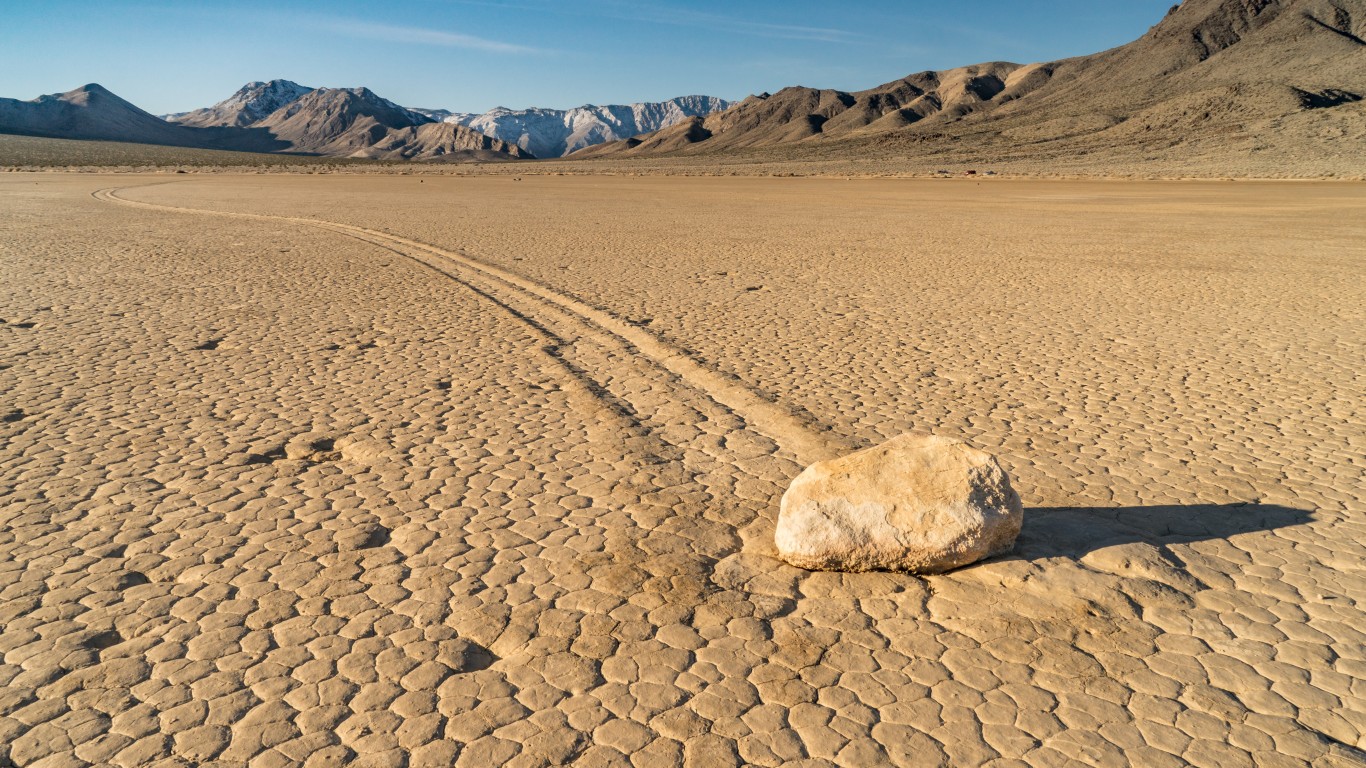 The Racetrack, also called Racetrack Playa, is home to the moving rocks of Death Valley. These rocks have intrigued scientists and visitors for decades by mysteriously traveling without human intervention and leaving long trails in the cracked, dry, earth. In 2014, researchers may have solved the mystery after witnessing the rocks moving as a result of winter rains. Pools of rainwater began to freeze, forming thin layers of surface ice that eventually broke into sheets that could float and move in the wind, shoving the rocks in front of them. 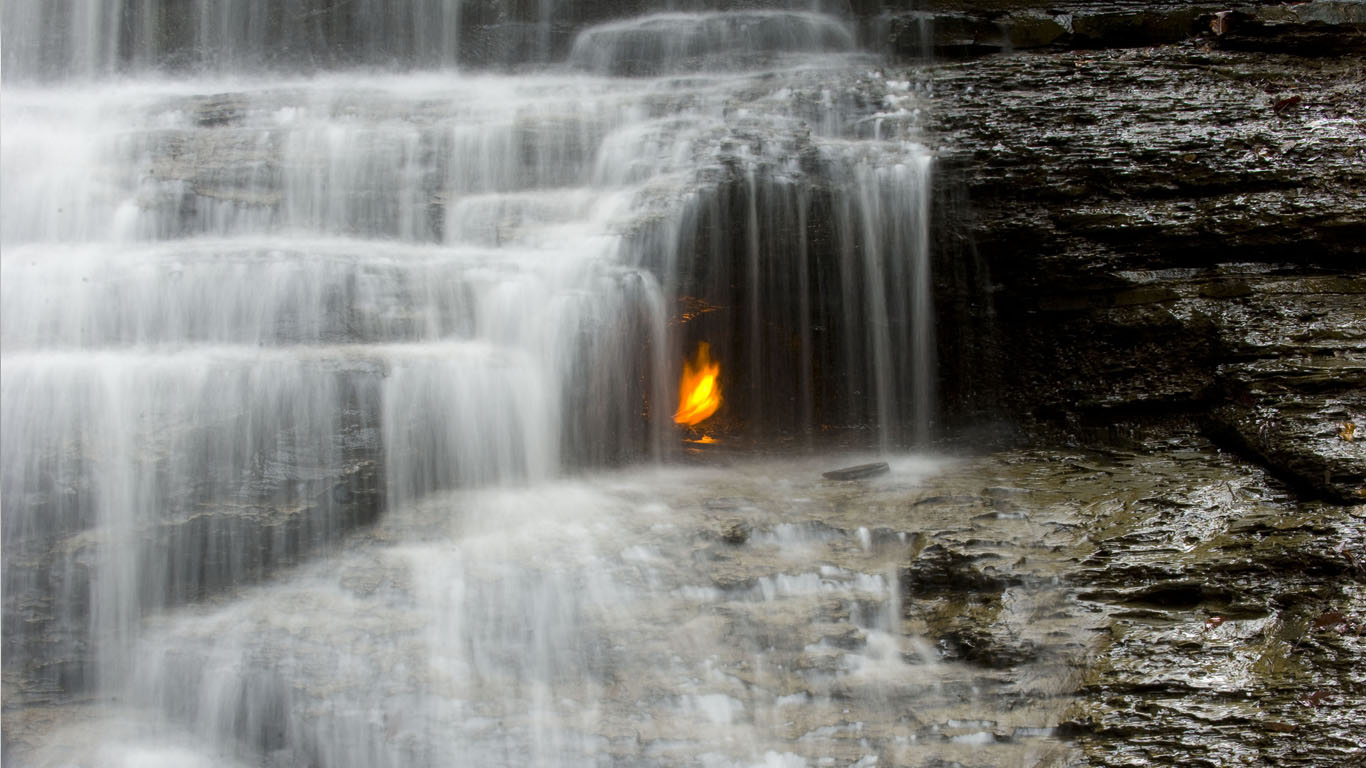 This 35-foot waterfall in Shale Creek Preserve shelters an eerie flame about eight inches high. It may appear to be a candle, but it’s actually burning gas that local legends say was lit by Native Americans thousands of years ago. Researchers have attempted unsuccessfully to find the source of the gas, and theories about its origins have been proven wrong.

24/7 Wall St.
The Most Beautiful Natural Wonder in Every State 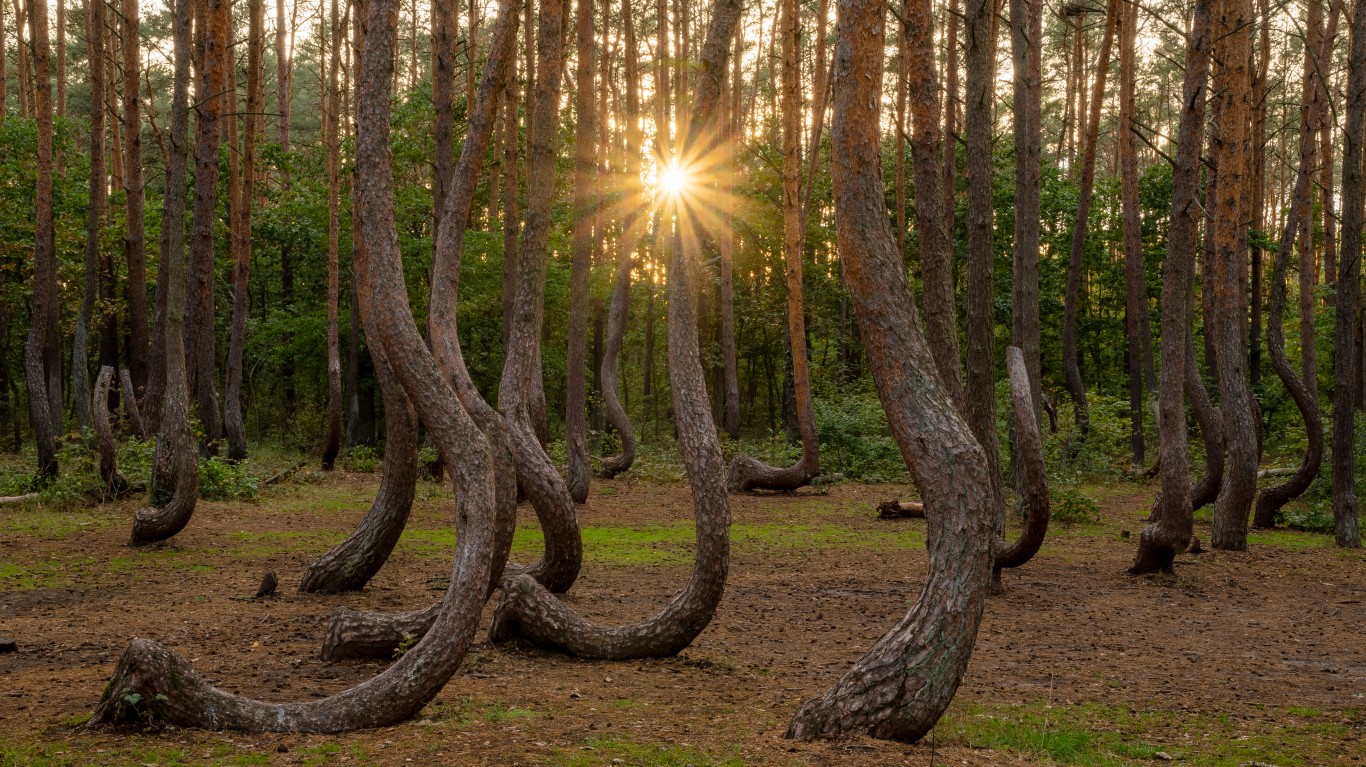 This pine forest near the town of Gryfino consists of 400 trees, planted around 1930, that have grown with bizarrely curved trunks. One plausible theory as to their shape is that they were trapped under a heavy layer of snow early in their growth. Another is that local foresters attempted to curve the trees in order to use the bent wood to make furniture. The town was mostly abandoned between World War II and the 1970s, so anyone who knew what happened to the trees is not around to tell their secret. 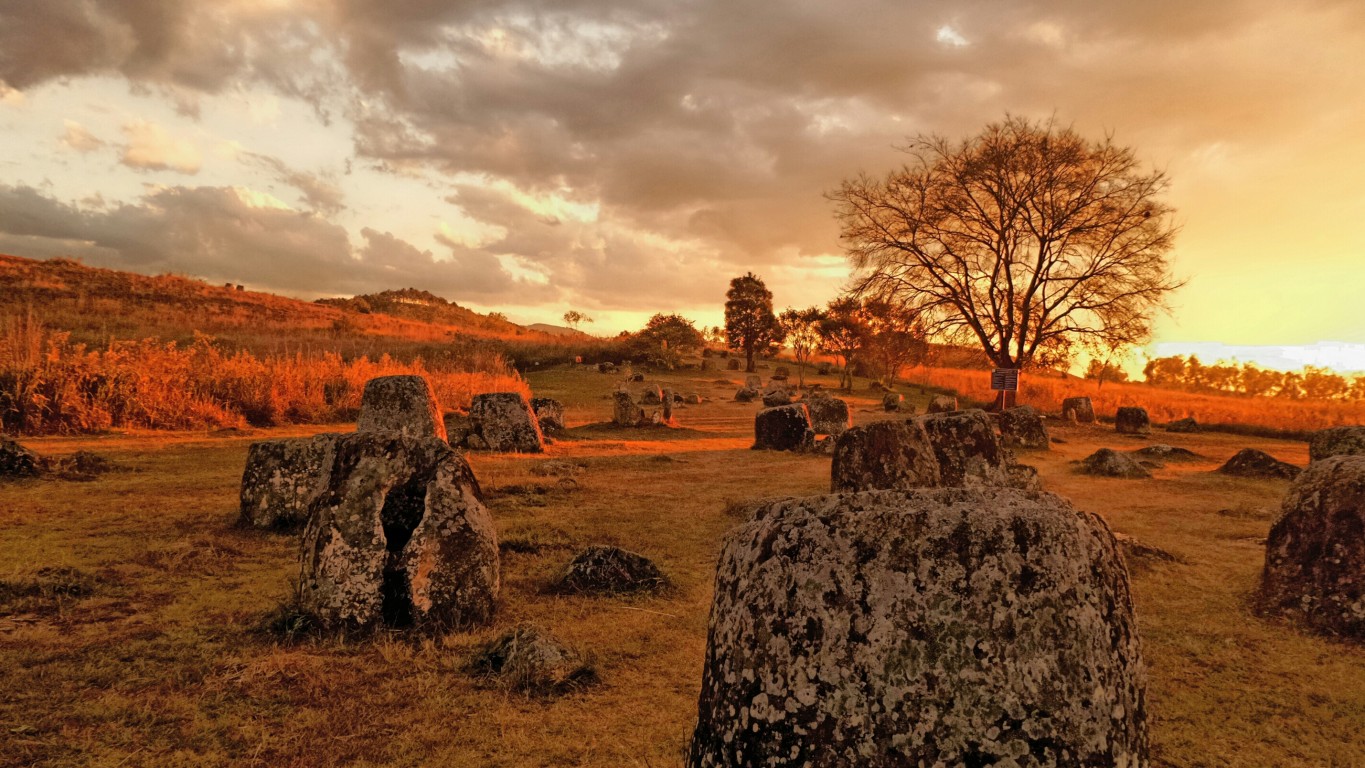 Scattered across the Xiangkhoang Plateau are thousands of large, carved stone vessels in clusters ranging from one to 100. According to Laotian mythology, the jars were created by a race of giants after a battle victory, and were designed to brew and store rice wine. Researchers believe that the megaliths, placed here as early as 1240 B.C., were used in mortuary rituals, as cremated remains have been found within the vessels, and bones and burial goods have been excavated from areas adjacent to the jars. 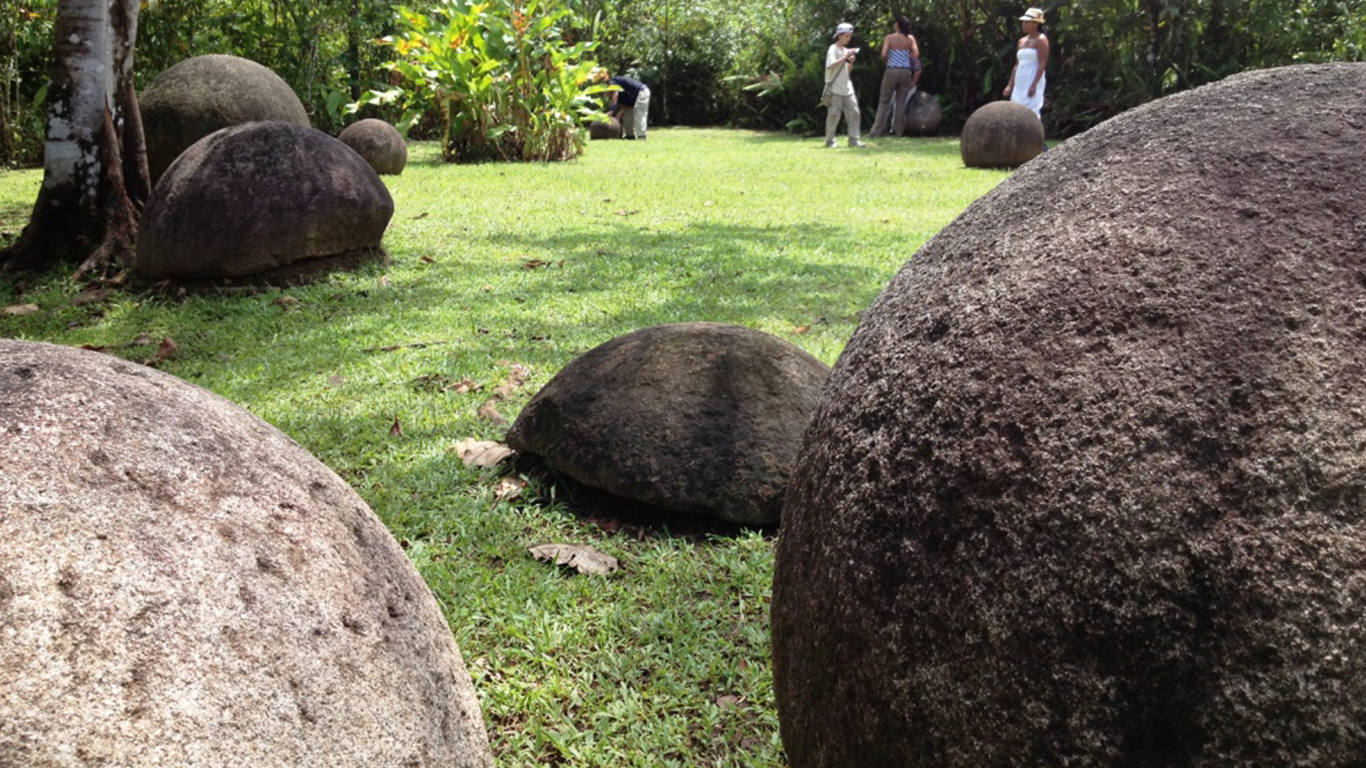 The ancient bolas de piedra, or stone spheres, found on the Diquís Delta and Caño Island of Costa Rica date back to as early as the year 600. Created by the Diquís culture, the mysterious orbs may have been used to decorate public plazas and mark the pathway to the homes of prominent governmental figures. In all, over 300 of these petrospheres dot the landscape, some over six feet in diameter and weighing up to 15 tons.