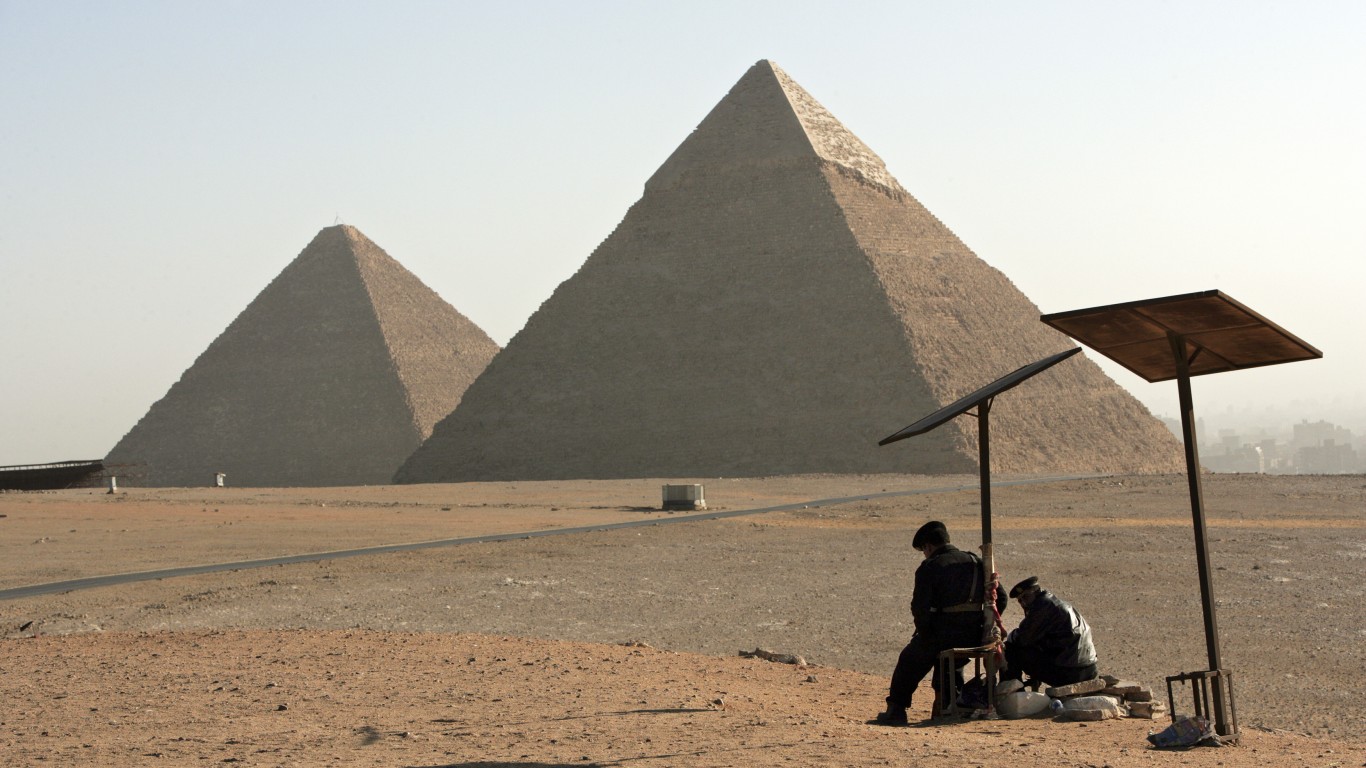 The oldest and largest pyramid in the complex at Giza, the Great Pyramid was built around 2,550 B.C. as a tomb for Pharaoh Khufu. The mystery of the pyramid’s construction has eluded scientists for decades. Construction of the pyramid, built of 2.3 million blocks of limestone weighing an average of 2.5 to 15 tons a piece, is thought to have utilized at least 20,000 workers and taken 20 years to complete. It was previously believed that all chambers in the Great Pyramid had been found, but in 2017, scientists detected a huge cavity over 100 feet long using particle radiography. 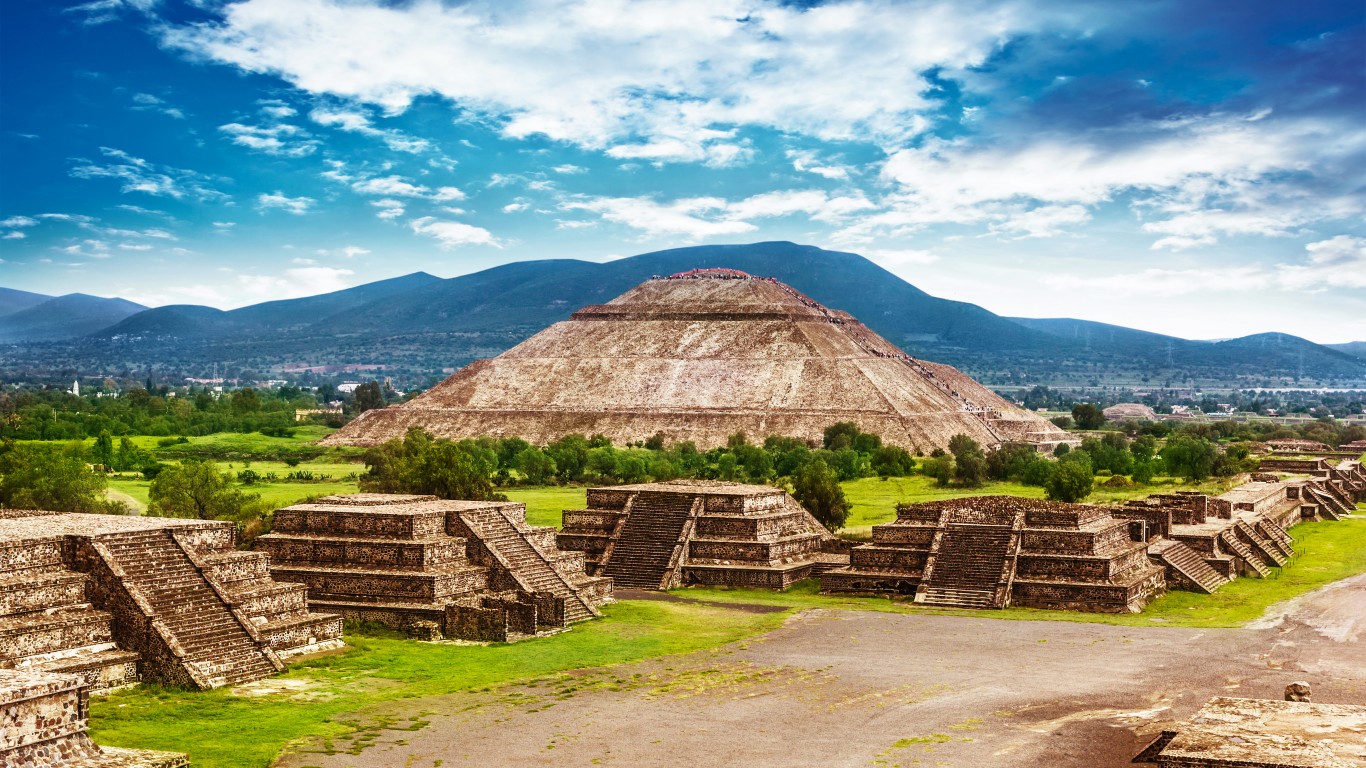 This Pre-Aztec Mesoamerican city was first settled around 400 B.C. and reached the height of its influence around 400 A.D., when it was the most powerful city in the region with a population of 125,000. By the time the Aztecs discovered the ancient city, however, it had been in ruins for centuries. Scientists debate who its first inhabitants were and why the city was eventually abandoned. Signs of population decline and famine around the year 600 along with evidence of fires found only in structures associated with the ruling class suggest that an internal class uprising may have preceded the city’s downfall.

24/7 Wall St.
50 Natural Wonders Everyone Should See at Least Once 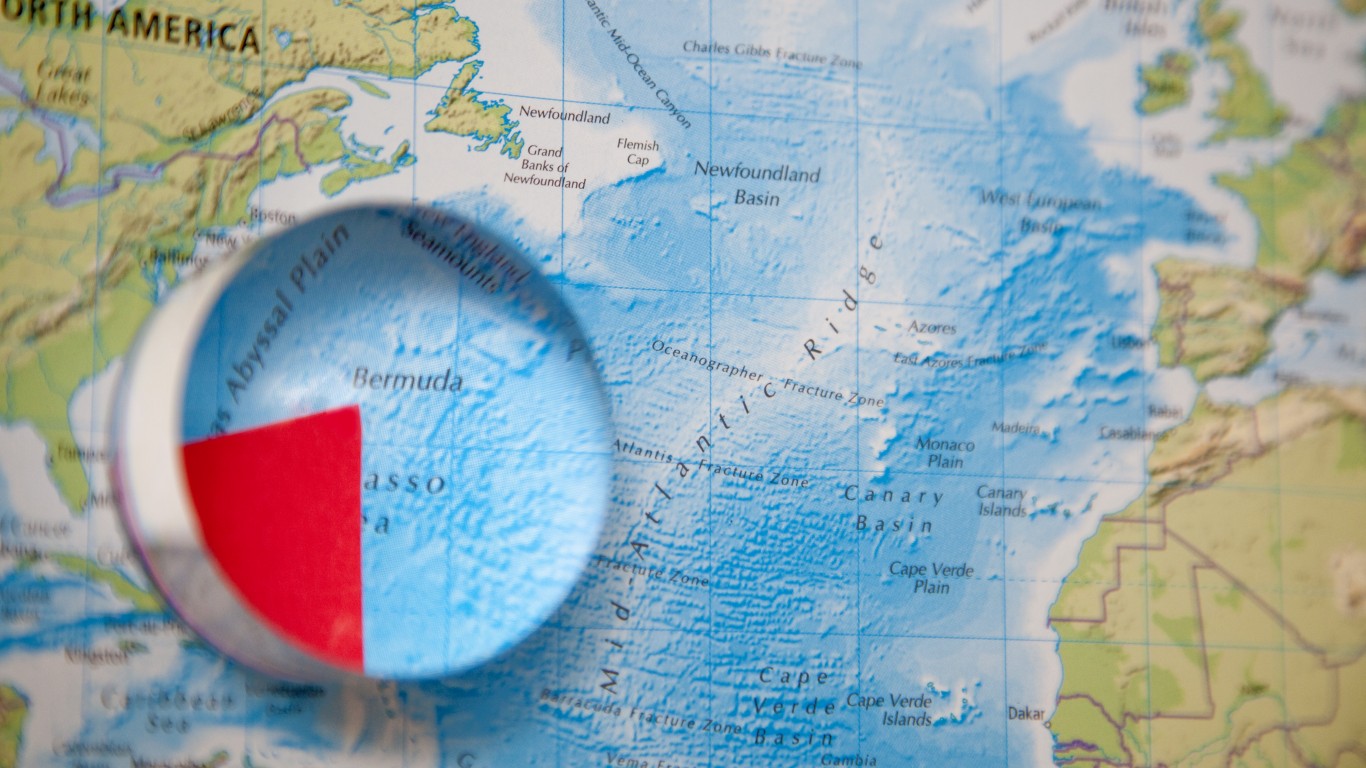 Between Miami, Bermuda, and Puerto Rico lies a putatively dangerous 500,000-square-mile stretch of ocean where numerous ships and planes are said to have mysteriously vanished. Ships lost in the triangle include the U.S.S. Cyclops, which disappeared with 309 men on board in 1918. Aircraft losses include five navy bombers that disappeared in 1945, as well as at least three commercial flights. Reportings of strange lights, explosions, and erratic compass readings accompany many of these disappearances. 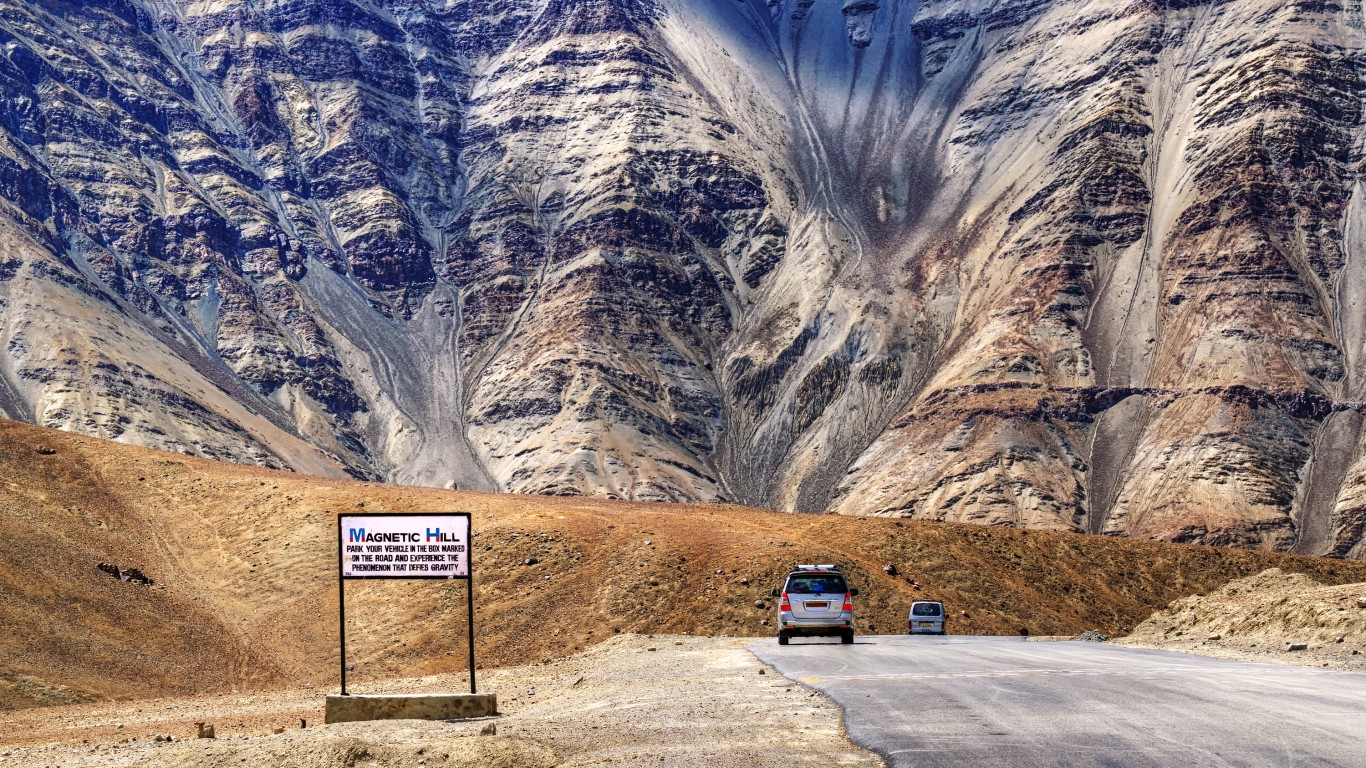 Like another Magnetic Hill, in New Brunswick, Canada (see above), this section of roadway, surrounded by barren hills, also features an apparently gravity-defying phenomenon, where visitors can park their car in neutral and watch it roll uphill at 12 mph. Some locals claim that the hills have an anomalous magnetic force that is strong enough to move large objects, while others claim that the road leads to heaven and those who are worthy will be pulled there by divine force. A more likely explanation is that the mysterious force is actually an optical illusion caused by the topography of the area – which is also the case in New Brunswick. 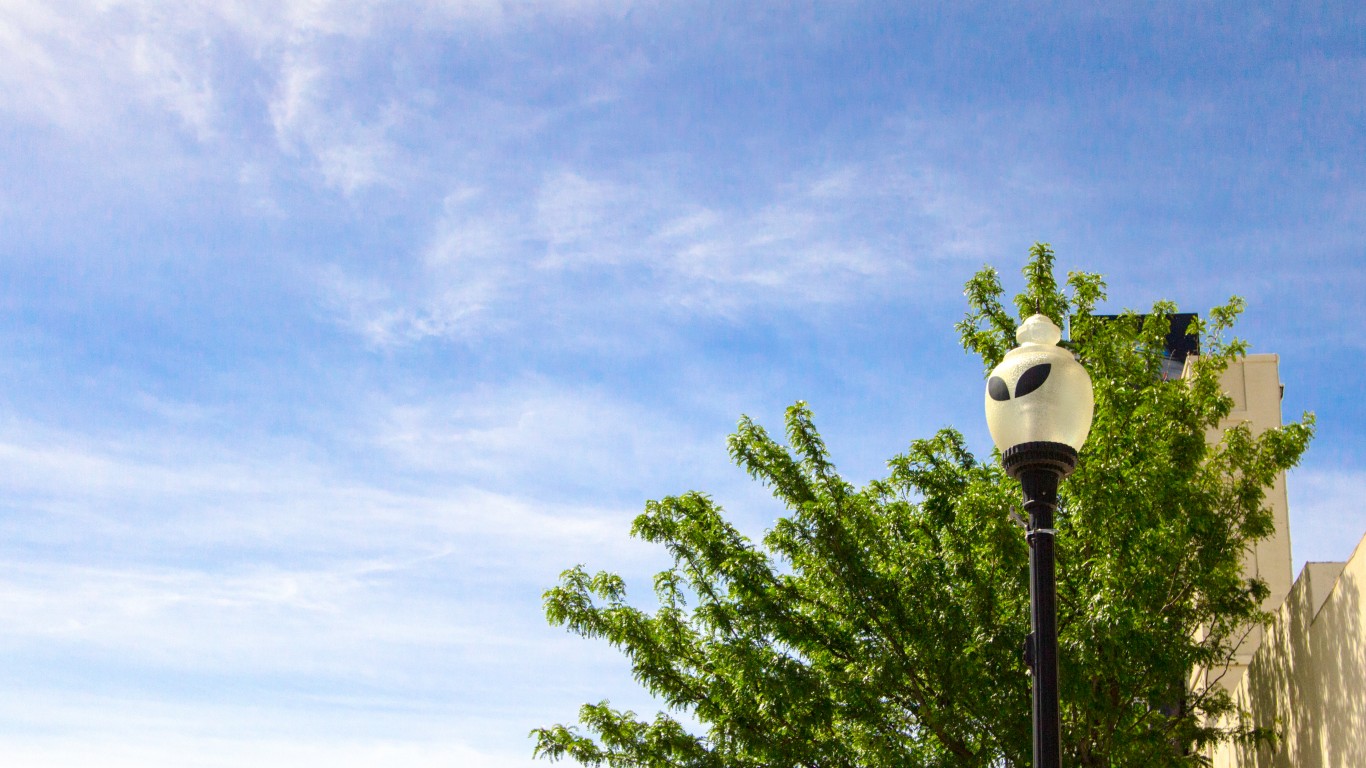 When an unidentified aircraft crashed into a farmer’s field in Roswell in 1947, local Air Force officials insisted that the craft was just a weather balloon. The wreckage, however, appeared to contain high-tech materials and was clearly not a weather balloon. Theories of U.F.O.s and government cover-ups have surrounded the town ever since. A government cover-up, however, may be just what happened, as declassified information released by the U.S. military in 1994 claims that the wreckage was part of a top-secret atomic weapons detection project called Project Mogul.

National Sites No One Wants to Visit Anymore