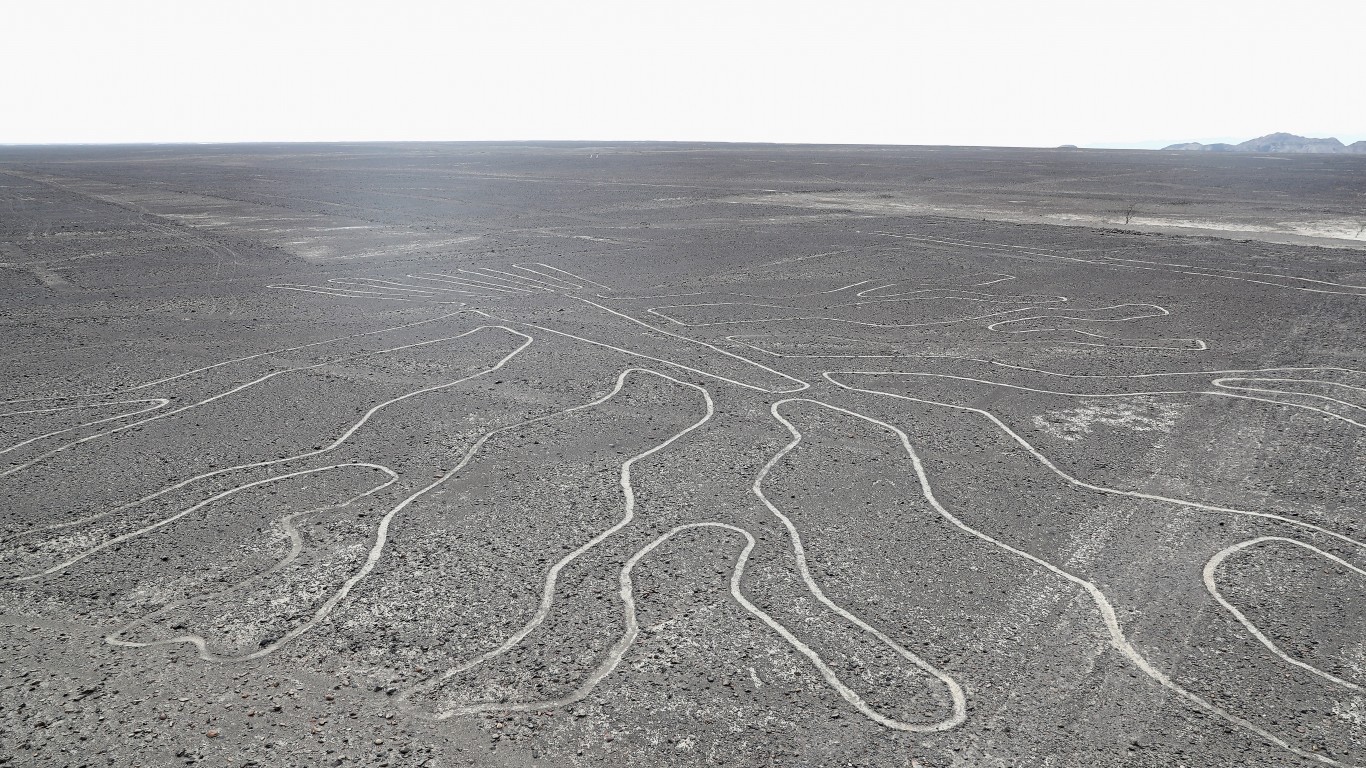 A series of huge geoglyphs created by the Nazca people 2,000 years ago, the Nazca

Lines have stumped researchers for years. Although they were studied prior to the 1930s, it was only with the advent of more sophisticated aircraft that their immense patterns came to light. The patterns depict over 70 animals and plants, as well as various geometric shapes, measuring up to 1,200 feet long. Some believe that they were built as a way to communicate with ancient aliens, but other theories suggest they were maps of the stars or part of a rain ritual to bring much-needed water to the arid area. 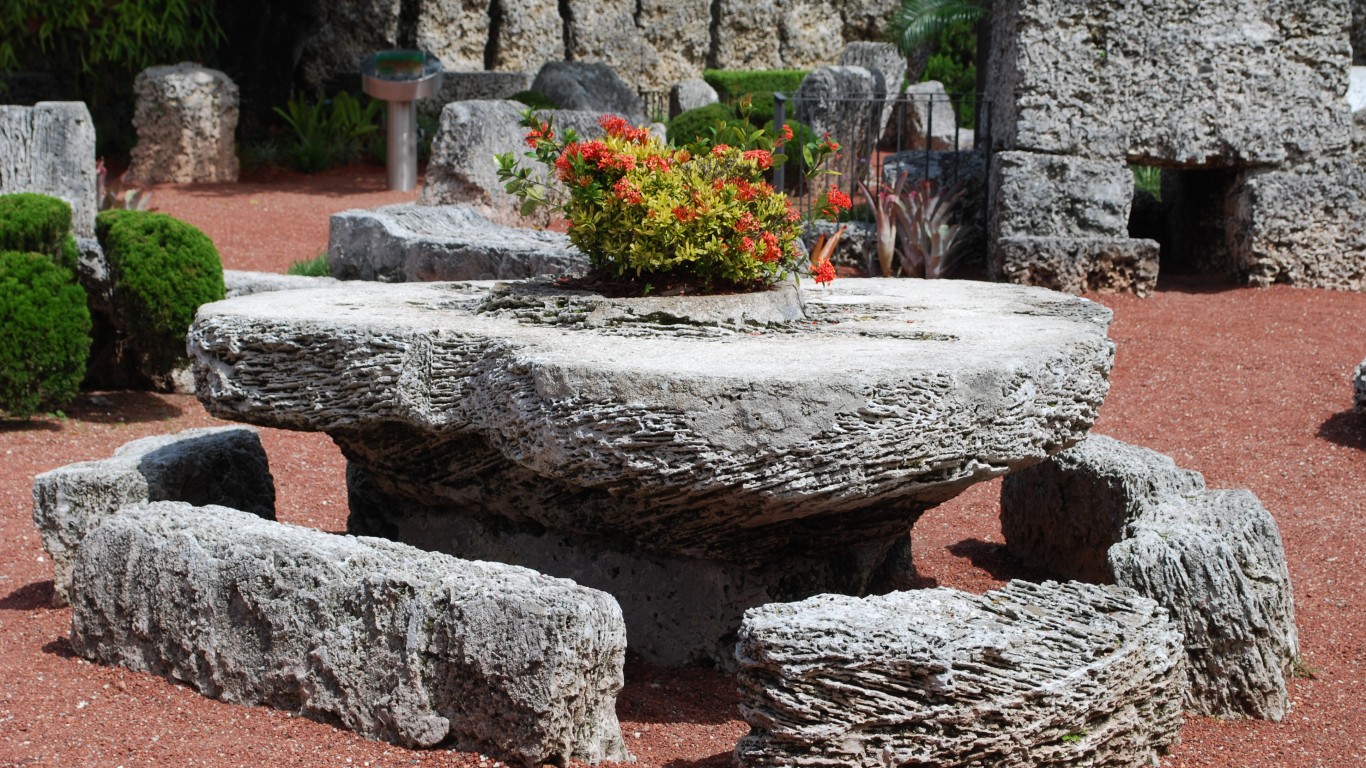 Built by Latvian immigrant Ed Leedskalnin as a monument to his former fiancée, this castle and tourist attraction is made from oolite limestone coral. Leedskalnin single-handedly quarried, transported, and assembled over 2 million pounds of coral using simple hand tools. Working under the cover of night, it took him 28 years to complete the castle. As he refused to let anyone see him work, nobody knows how he was able to move such large pieces of stone alone, and many theorists claim he used magnetism or magic to lift the massive coral blocks.

24/7 Wall St.
The Most Colorful Natural Wonders on Earth 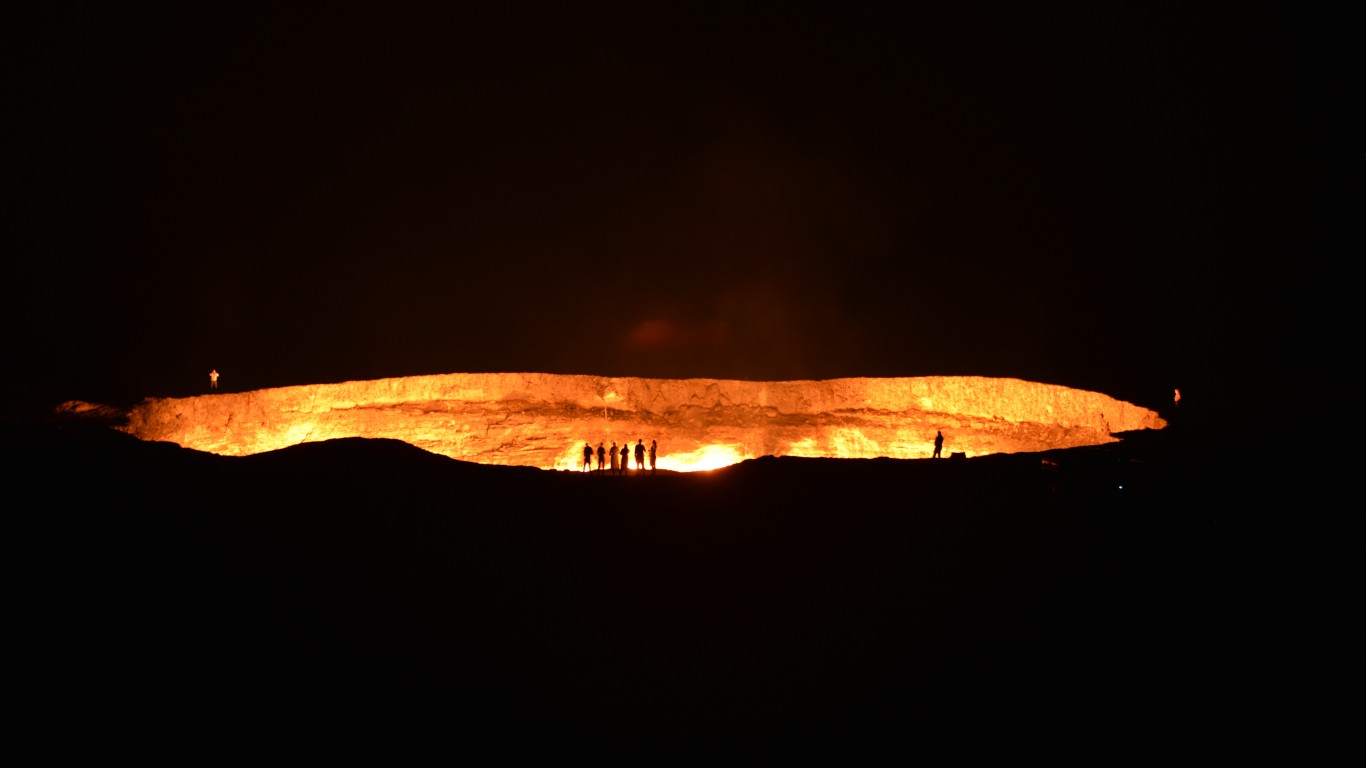 The Darvaza gas crater, also known as the Door to Hell, is a 230-foot-wide hole in a natural gas drilling field that has been burning since 1971. The crater was formed when a Soviet drilling rig punctured a natural gas chamber and the ground collapsed under it, swallowing the rig. Fearing that poisonous gasses were being emitted, the workers lit the hole on fire – and it hasn’t stopped burning since. 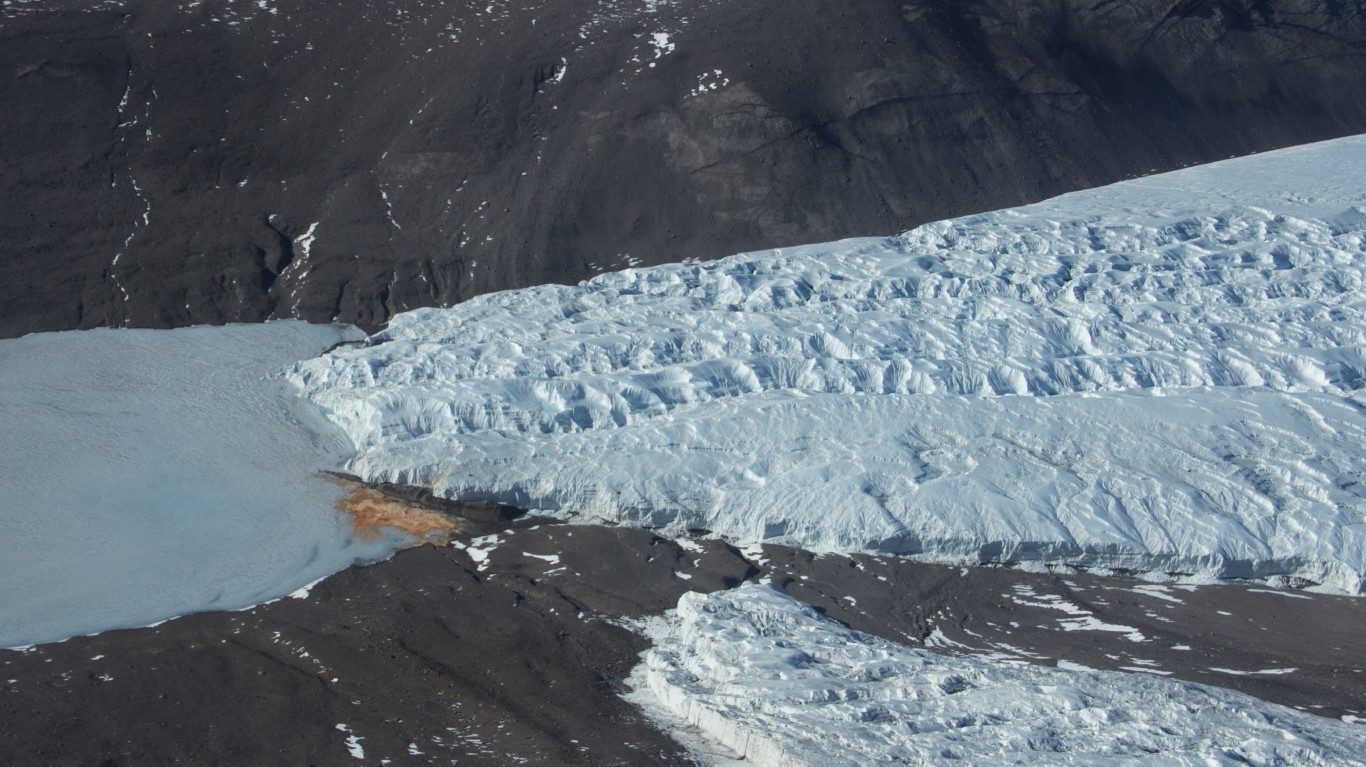 What appears to be blood staining the ice of the 34-mile long Taylor Glacier is actually the result of microorganisms. For two million years an ancient lake has been trapped under the glacier. The lake is rich in iron and inhabited by rare microbes that have evolved to digest the iron. A fissure in the glacier, discovered in 1911, allows a small amount of the ferrous lake to ooze out, creating a blood-colored waterfall that is five stories high. 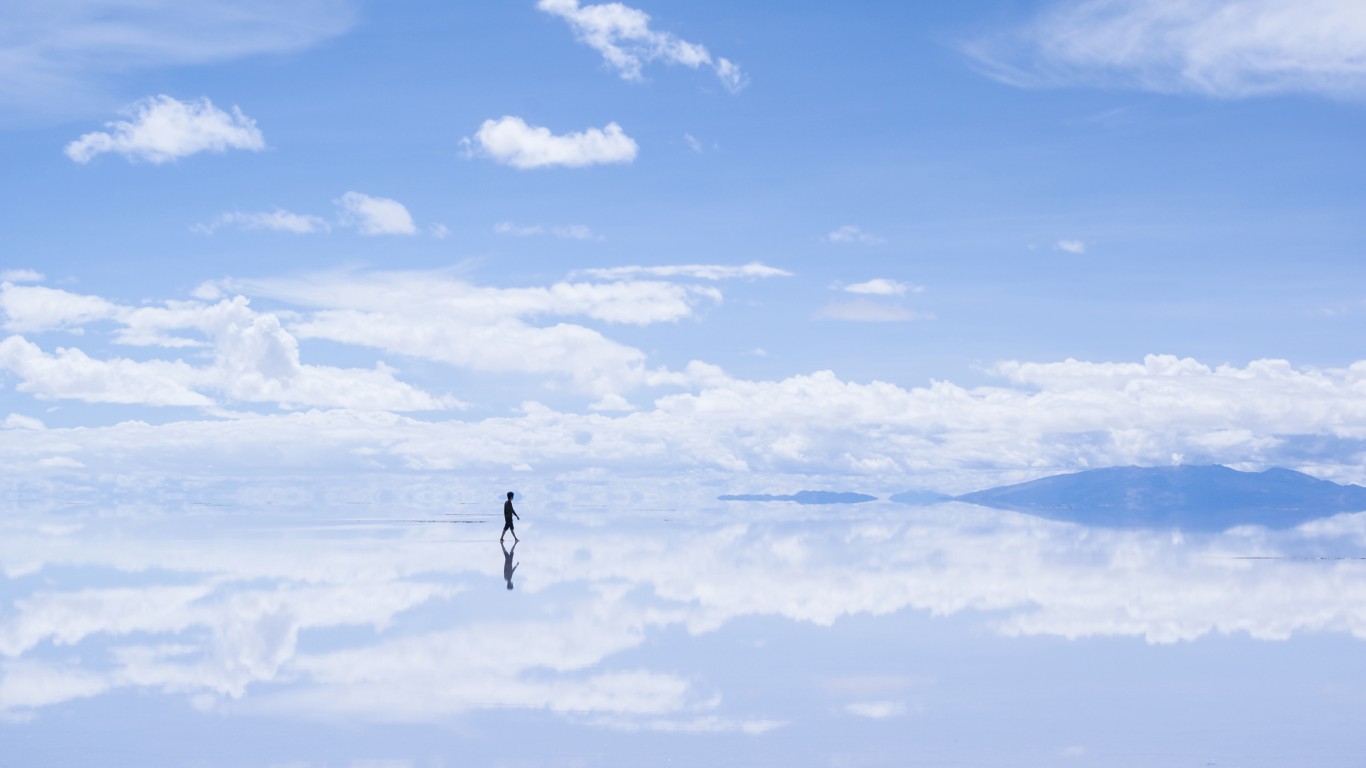 The largest salt flat in the world, Salar de Uyuni spans over 4,000 miles and can be bitterly cold, as it lies 12,000 feet above sea level. The site is most famous for its mirror effect during the rainy season, when it is transformed into a shallow lake that perfectly reflects the sky all the way to the horizon.

National Sites No One Wants to Visit Anymore