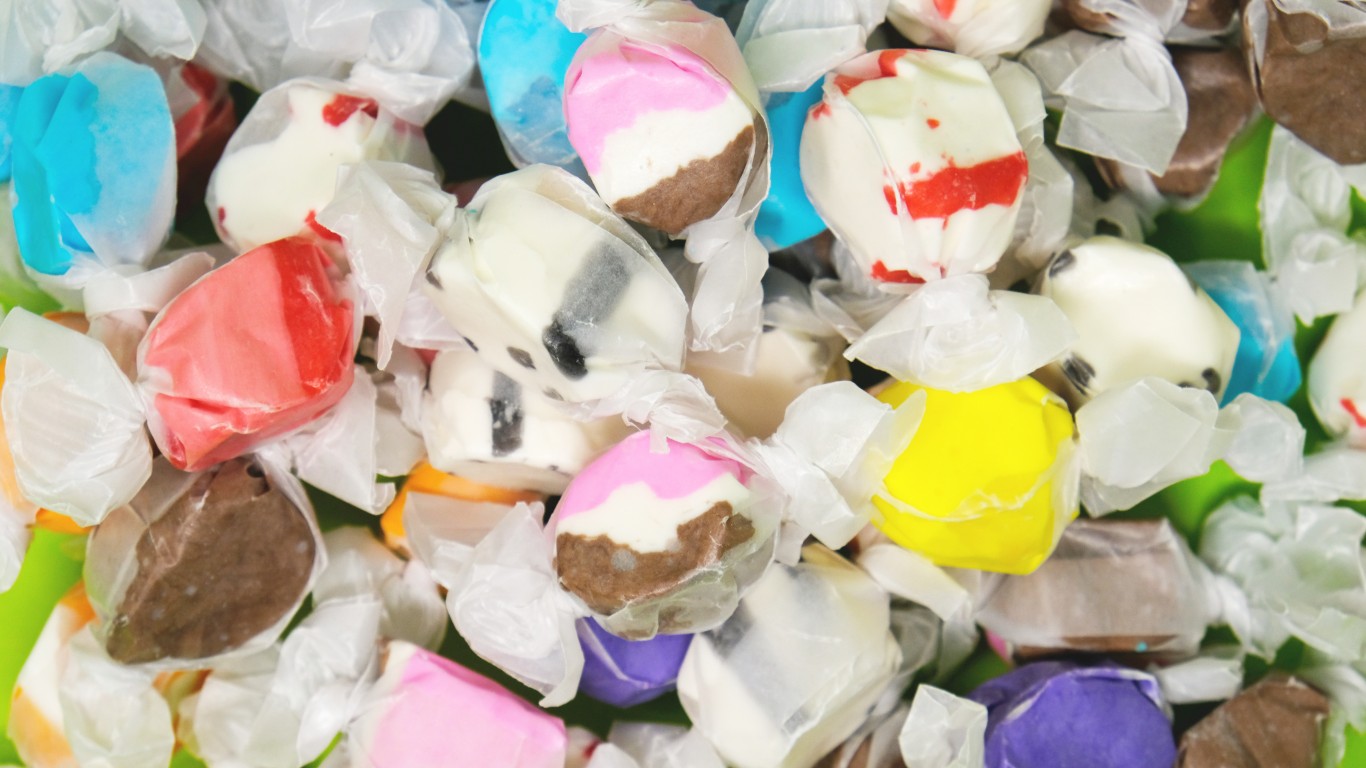 Soft tаffy candy, invented in Atlantic City in the 1880s and strongly identified with that city’s Boardwalk. It contains no saltwater, and may have gotten its name after a stock of the tаffy was inundated during a storm in 1883. 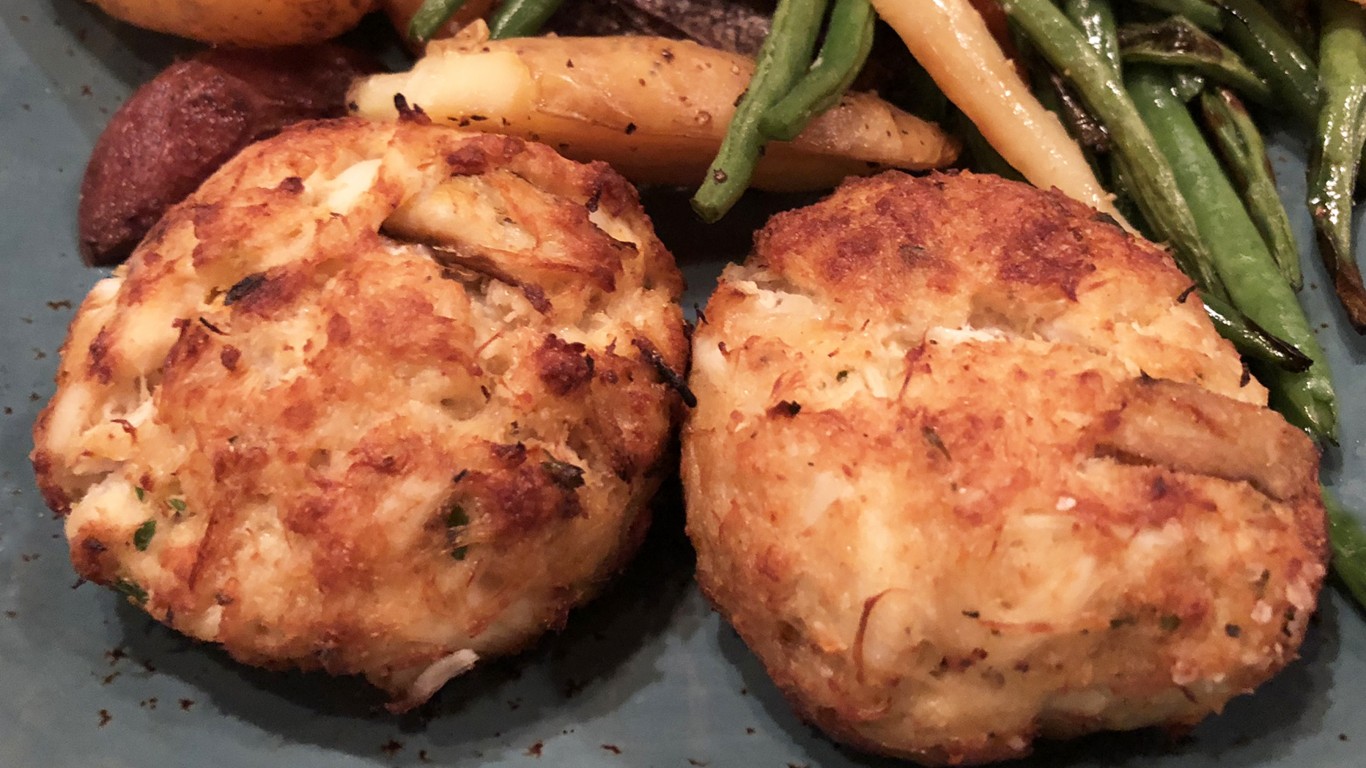 Crab meat formed into patties with cracker or bread crumbs and spices. The term “crab cakes” was first used in the 1930s. Other Baltimore signatures: whole steamed blue crabs to be cracked with mallets on a newspaper-covered table; pit beef sandwiches (smoky thin-sliced roast beef on a bun). 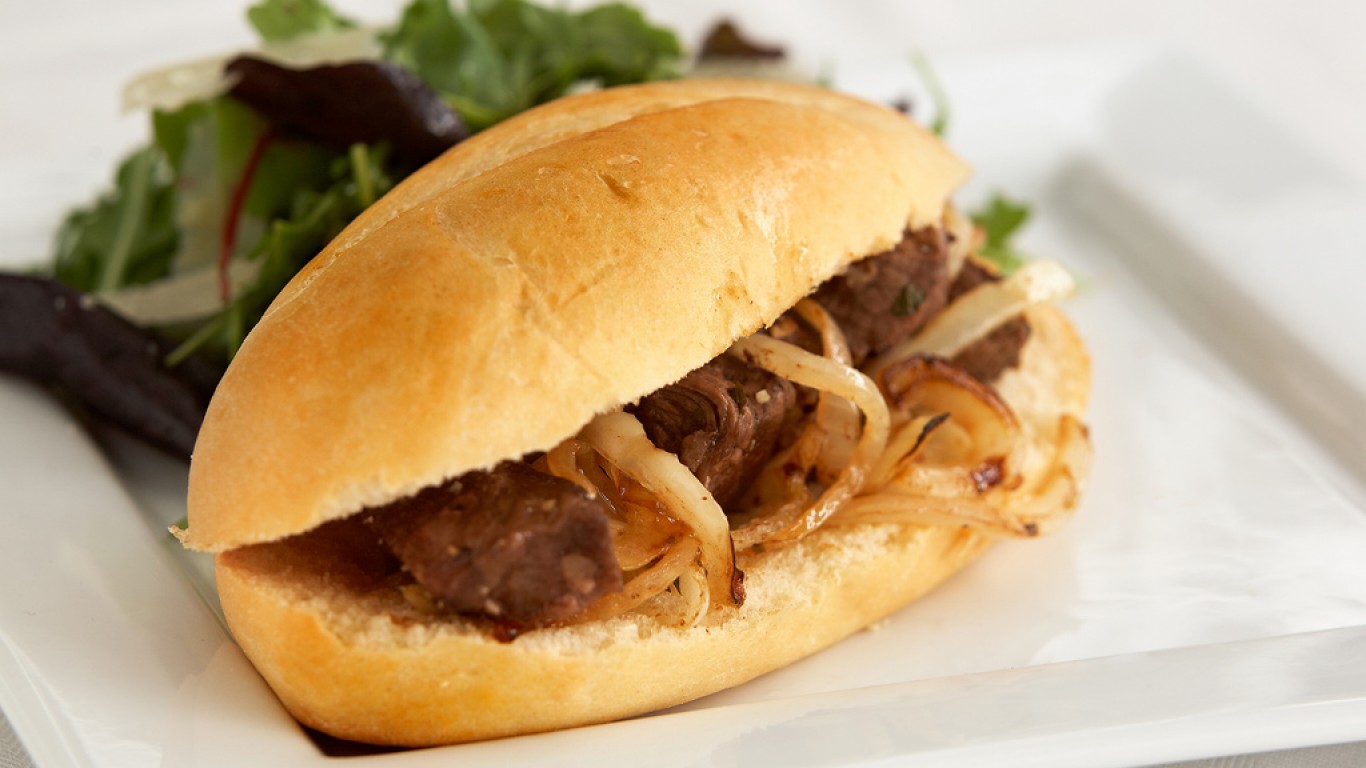 Marinated cubes of lamb (originally), beef, pork, chicken, or venison grilled on metal skewers (“spiedie” comes from the Italian “spiedo,” skewer or spit) and served on an Italian roll. Spiedies were first made by Italian immigrants in Binghamton in the 1920s. 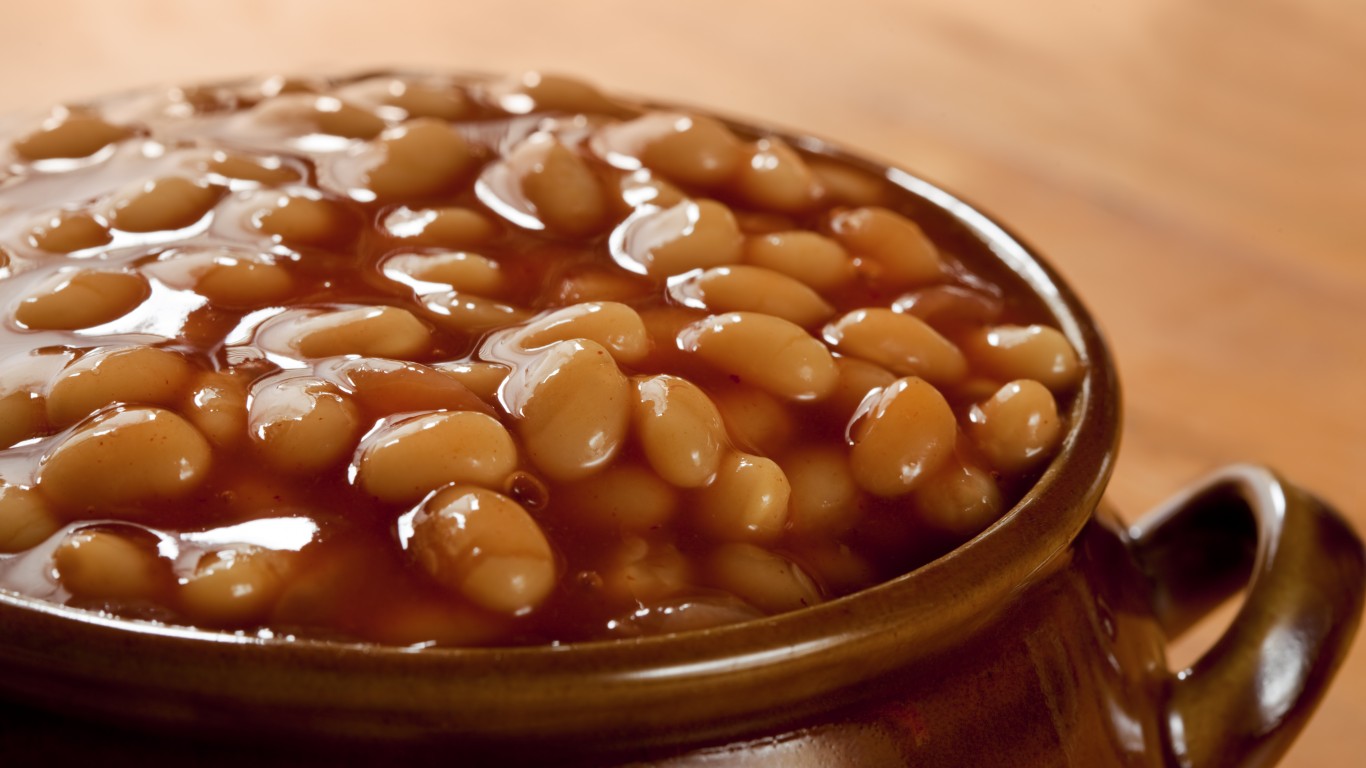 Navy beans or other small white beans slow-cooked with molasses and salt pork. The dish, which dates from Colonial times, is the source of Boston’s nickname, Beantown. Other Boston signatures: scrod, the local name for cod, haddock, or other firm white fish, traditionally baked with a bread crumb topping; clam chowder, the creamy kind, common all over New England but particularly associated with Boston; Parker House rolls, invented at the city’s Parker House Hotel. 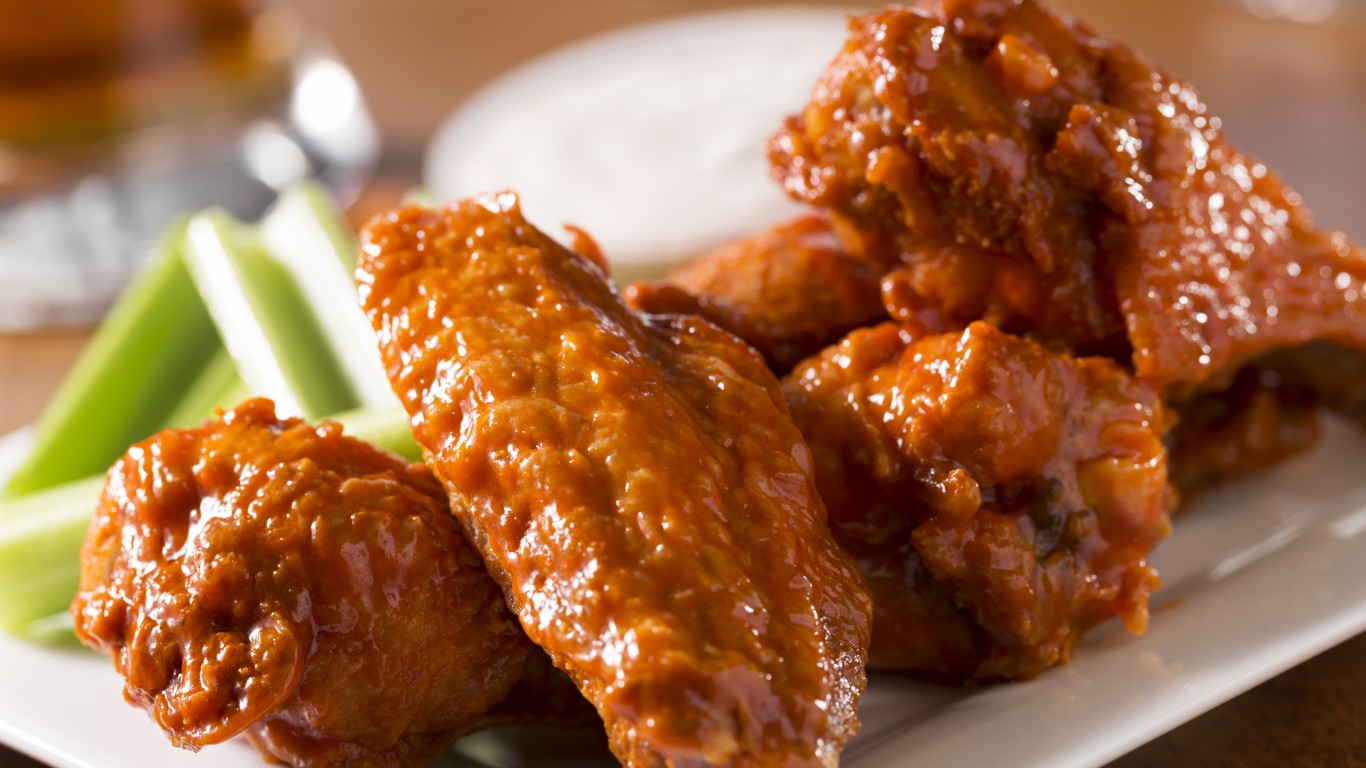 Deep-fried chicken wings glazed in hot sauce, served with celery and blue cheese dressing. Called simply “wings” in their hometown, the dish was invented in 1964 at the city’s Anchor Bar. Another Buffalo signature: beef on weck, thin-sliced roast beef with horseradish sauce on a Kummelweck roll (a kaiser-type roll topped with caraway seeds and coarse salt).