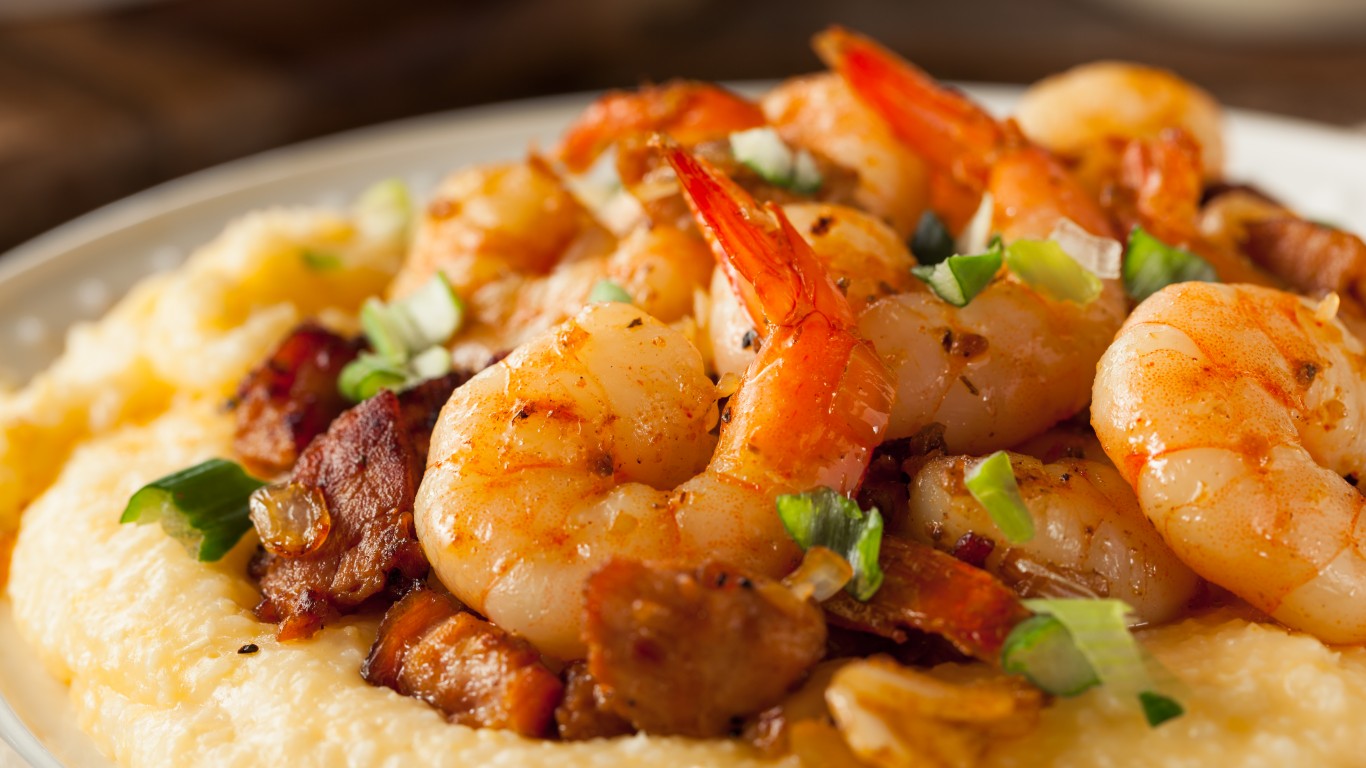 SautÃ©ed shrimp (originally freshwater Charleston river shrimp) served over grits (ground hominy, which is starchy corn treated with an alkali solution to remove the hulls); also called breakfast shrimp or just shrimp grits. Some recipes call for adding such vegetables as onions, jalapeÃ±os, green onions, or garlic to the grits, and grated cheddar cheese is often stirred in. 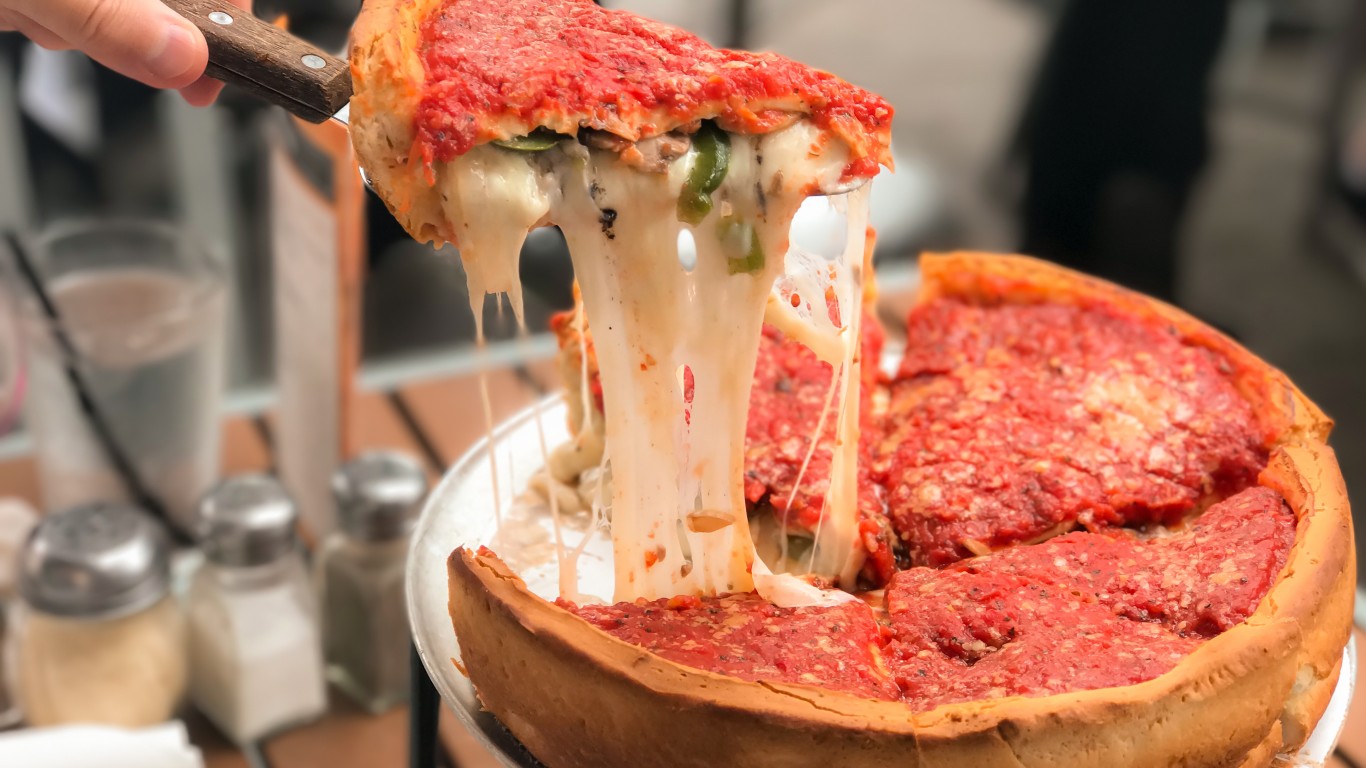 More a pie than a conventional pizza, baked in a pan, with a deep crust filled with layers of cheese, meat and/or vegetables, and sauce; also called Chicago-style pizza. It was first served at the city’s Numero Uno pizzeria in 1943. Other Chicago signatures: Italian beef sandwich, not really Italian but a Chicago invention from the 1930s, made with shaved roast beef and vegetables on an Italian roll; Chicago-style hot dogs (steamed beef wieners loaded with five or six condiments on a poppy-seed bun). 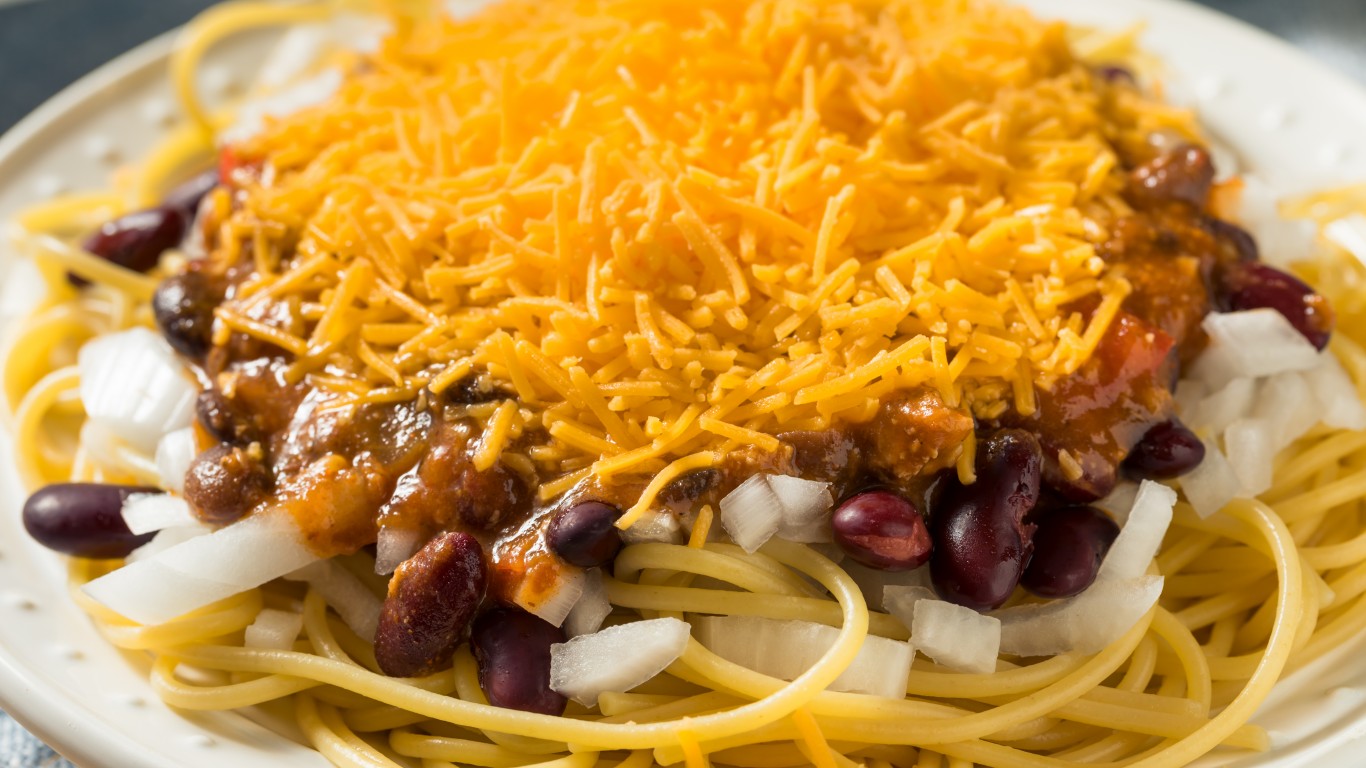 Not chili in the usual sense but a kind of ground meat sauce flavored with cinnamon and other spices, served over spaghetti and topped with various combinations of shredded cheese, onion, and beans. The chili was invented at a Cincinnati Greek restaurant run by Macedonian immigrants in 1922. Another Cincinnati signature: goetta, a German-style breakfast sausage made with pork, beef, oats, and spices. 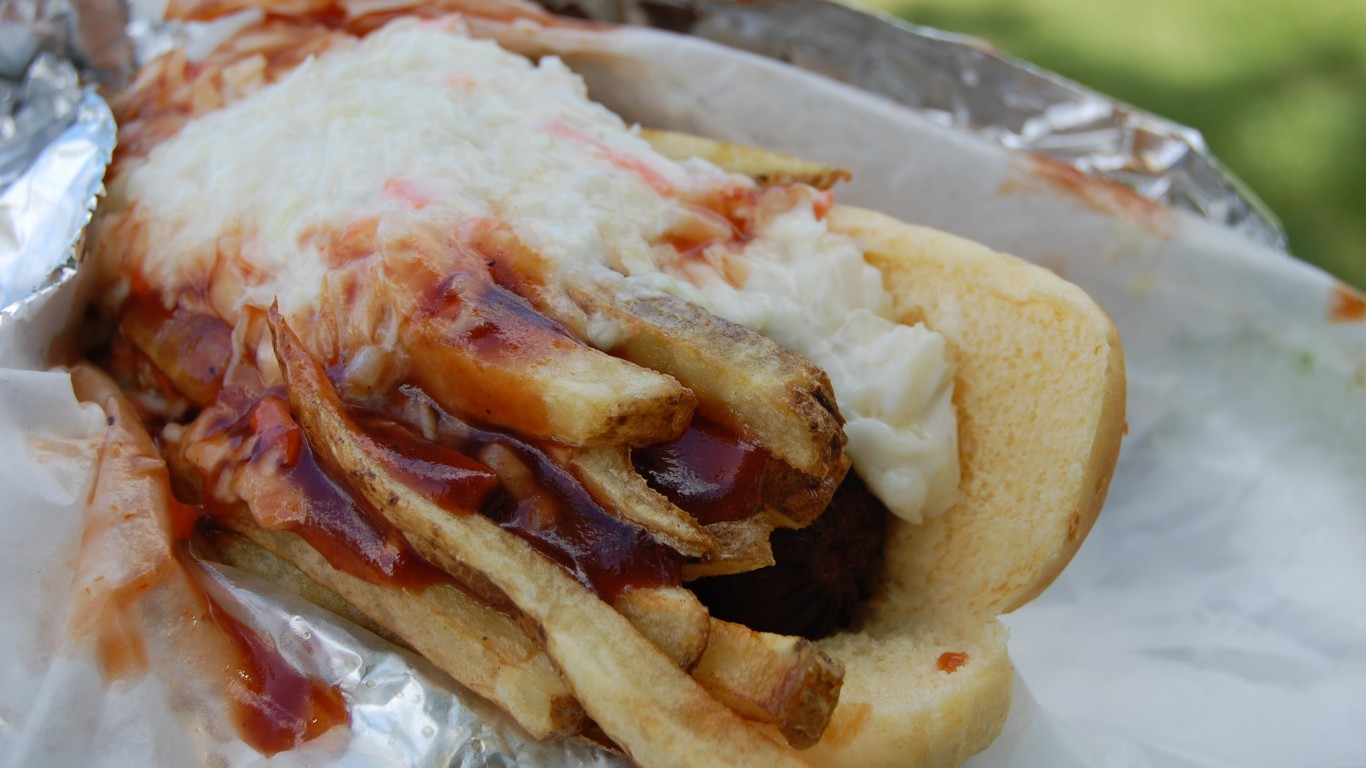 Kielbasa (a Polish-style sausage), French fries, coleslaw, and barbecue sauce on a bun. While its origins are obscure, it may have been invented at a local barbecue restaurant in the 1940s. One Cleveland restaurant serves a variation called the Drew Carey (the actor and game show host is a native of the city), which substitutes an all-beef hot dog for the kielbasa. 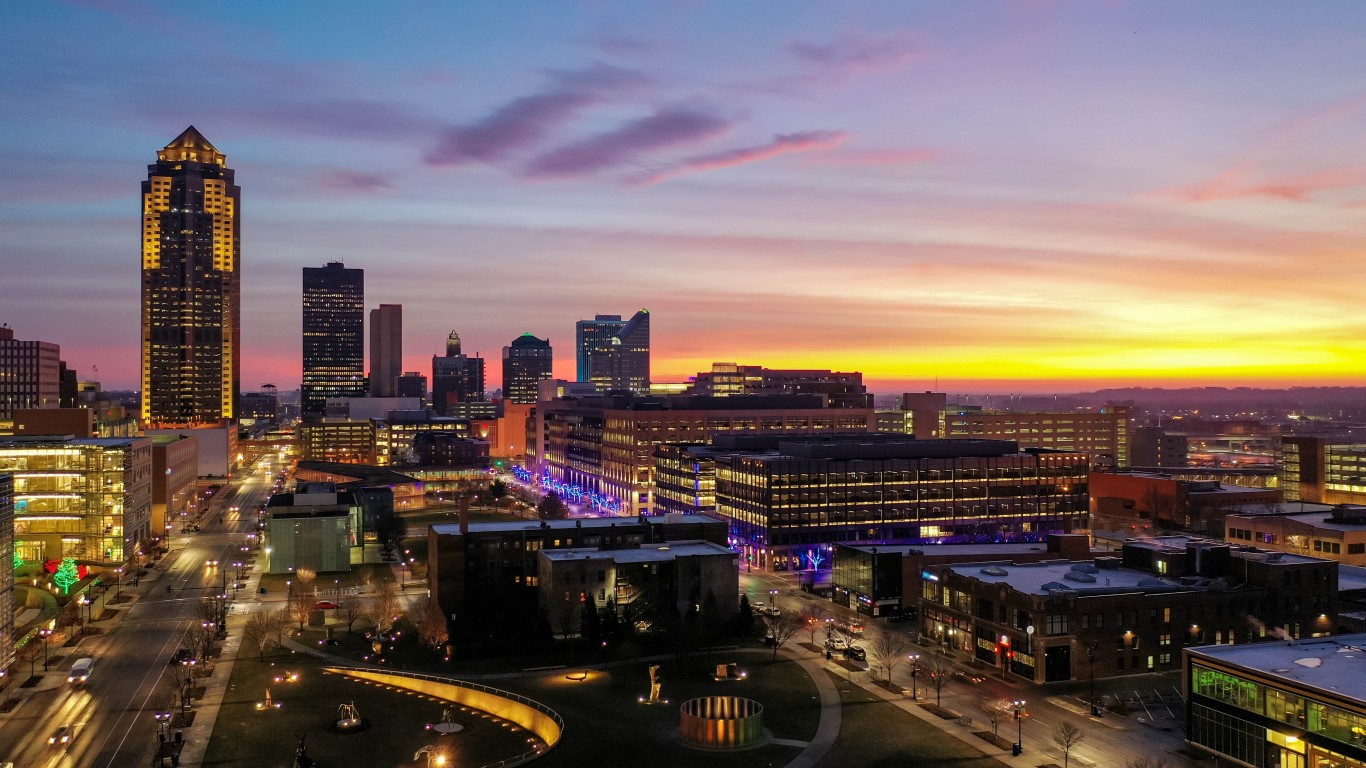 Steak (usually tenderloin) with butter, garlic, and herbs, sometimes in the form of a cream sauce. Possibly named after the Spanish city of Burgos and dating back to pre-World War II days, it has been called “a dish that is uniquely identified with Des Moines.”