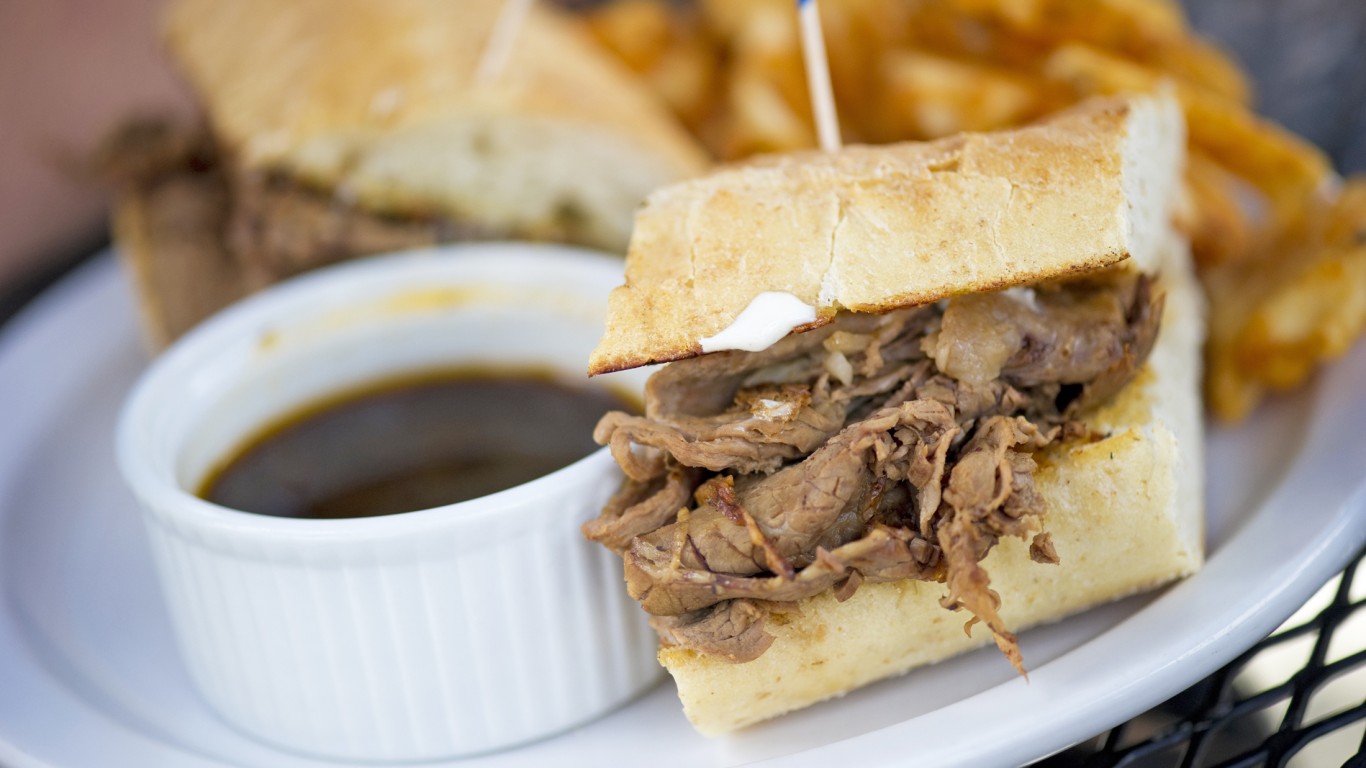 Thin-sliced roast beef or other meat on a long French roll whose cut sides have been dipped into roasting pan juices. The French dip was invented, apparently accidentally, by Parisian immigrant Philippe Mathieu at his sandwich shop in downtown L.A. in 1918. Other Los Angeles signatures: Cobb salad, a chopped salad made with lettuce, chicken, bacon, avocado, hard-boiled eggs, and other ingredients, invented at the Brown Derby restaurant in Hollywood in 1937; the patty melt, a burger on pan-fried rye bread with cheese and grilled onions, first made in the 1950s by L.A. restaurateur “Tiny” Naylor. 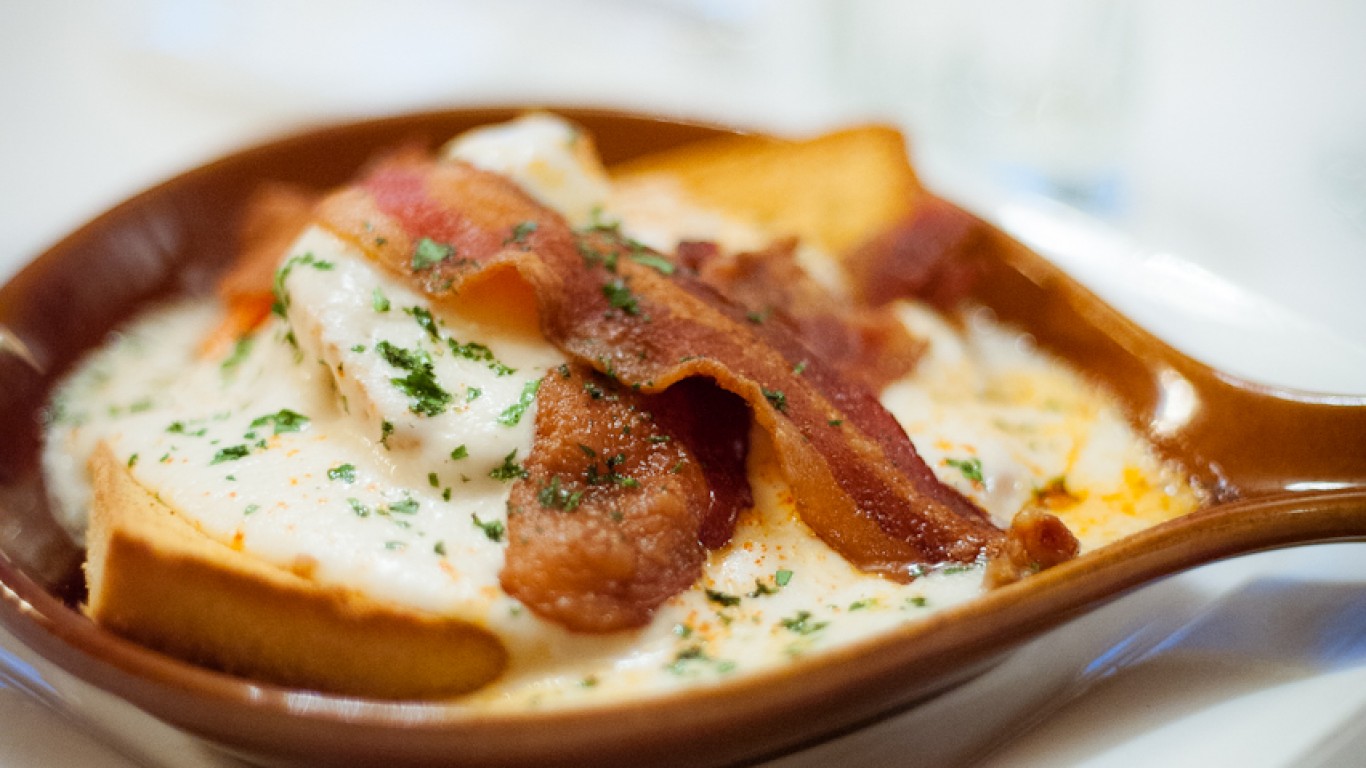 An open-faced sliced turkey sandwich on toast, with bacon, tomatoes, and Mornay sauce (BÃ©chamel sauce with shredded cheese melted in). The Hot Brown was invented by a chef at Louisville’s Brown Hotel in 1926. Other local restaurants serve it, too, but the Brown dining room is said to turn out about a thousand of the sandwiches every week.

24/7 Wall St.
The One Can’t-Miss Restaurant in Every State 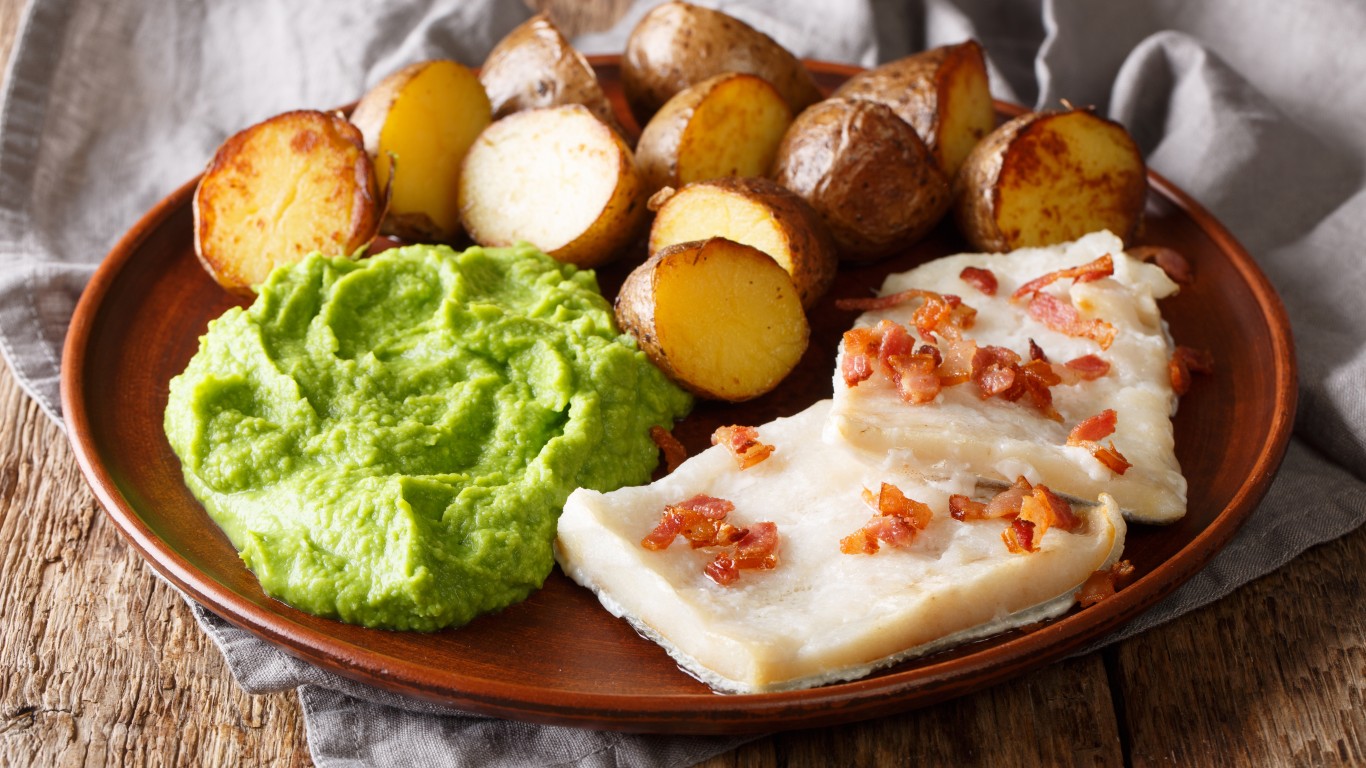 Literally “lye fish,” dried cod or other firm white fish preserved with lye, soaked to remove the preservative, and steamed to flaky, gelatinous consistency. Definitely an acquired taste, lutefisk is a Scandinavian specialty particularly associated with Christmastime meals. Minnesota has the largest Scandinavian population of any state, and Madison — which styles itself the Lutefisk Capital of the World — claims the state’s highest per capita lutefisk consumption. 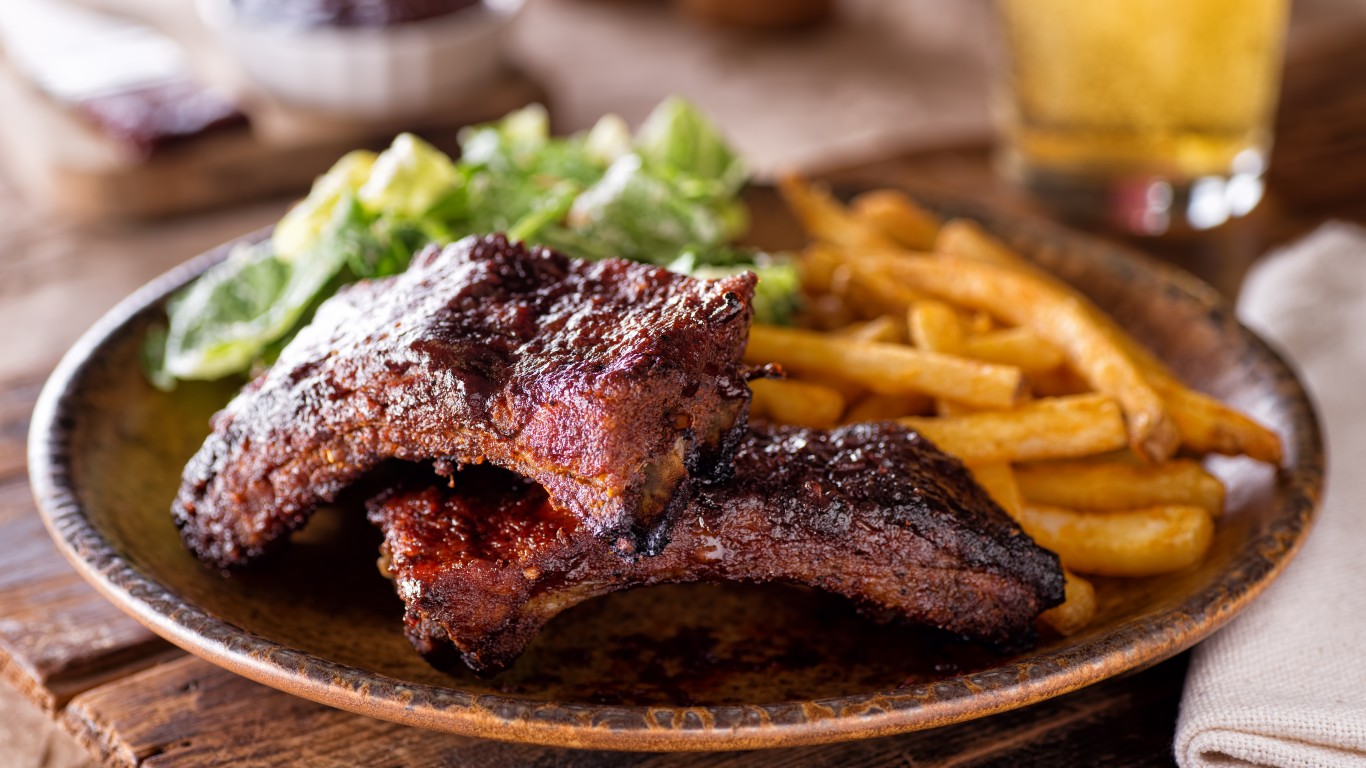 Primarily pork, especially pork ribs, which come either “dry” (coated in an herb and spice rub) or “wet” (basted with barbecue sauce); also pulled pork sandwiches. Barbecue is considered the city’s official cuisine, and there are said to be more than 100 barbecue places in town. The most famous one is Charlie Vergos’ Rendezvous, known for its dry ribs. 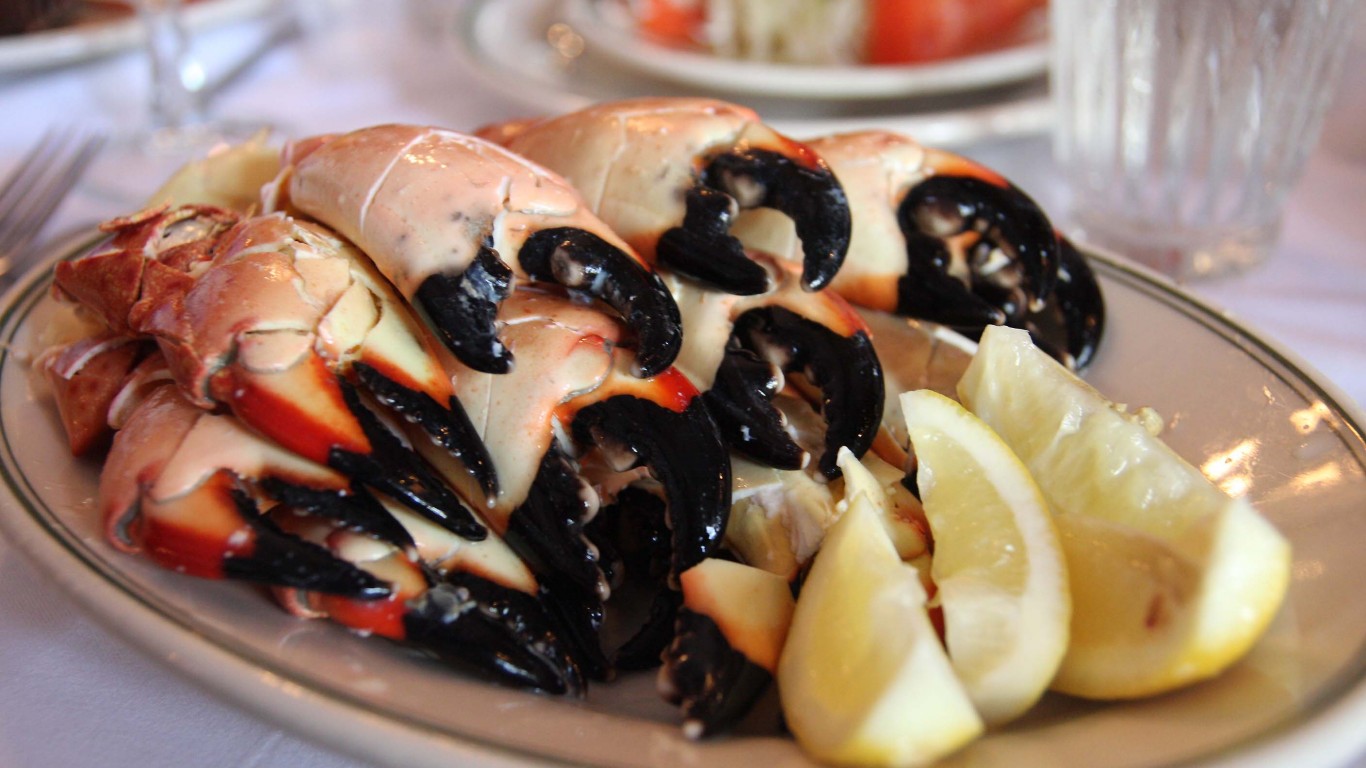 A variety of Atlantic crab, found all along the Eastern Seaboard, noted for its meaty claws. The crabs were introduced to Miami (and the world) by Joe Weiss, who started serving the claws, boiled and chilled, at his Joe’s Restaurant in 1921. They were a hit, and he renamed his diner Joe’s Stone Crab. Other Miami signatures: Cuban sandwich (see Tampa, below); Key lime pie (see Key West, above).