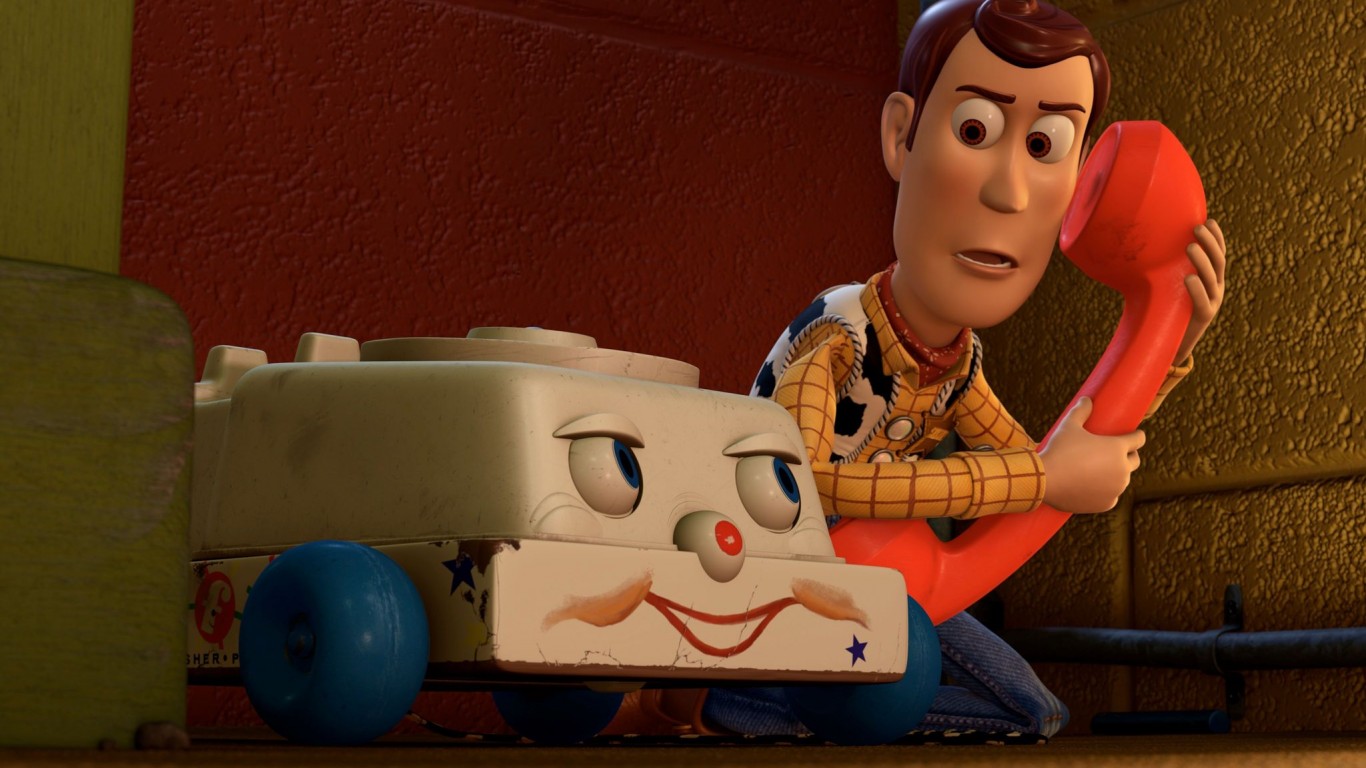 The penultimate film in the Toy Story franchise, “Toy Story 3” tells the bittersweet tale of Andy’s departure to college and our favorite toys’ adventures from Andy’s house to a chaotic daycare to a new child. Did you know that Pixar teased “Cars 2” inside Andy’s room in this movie? 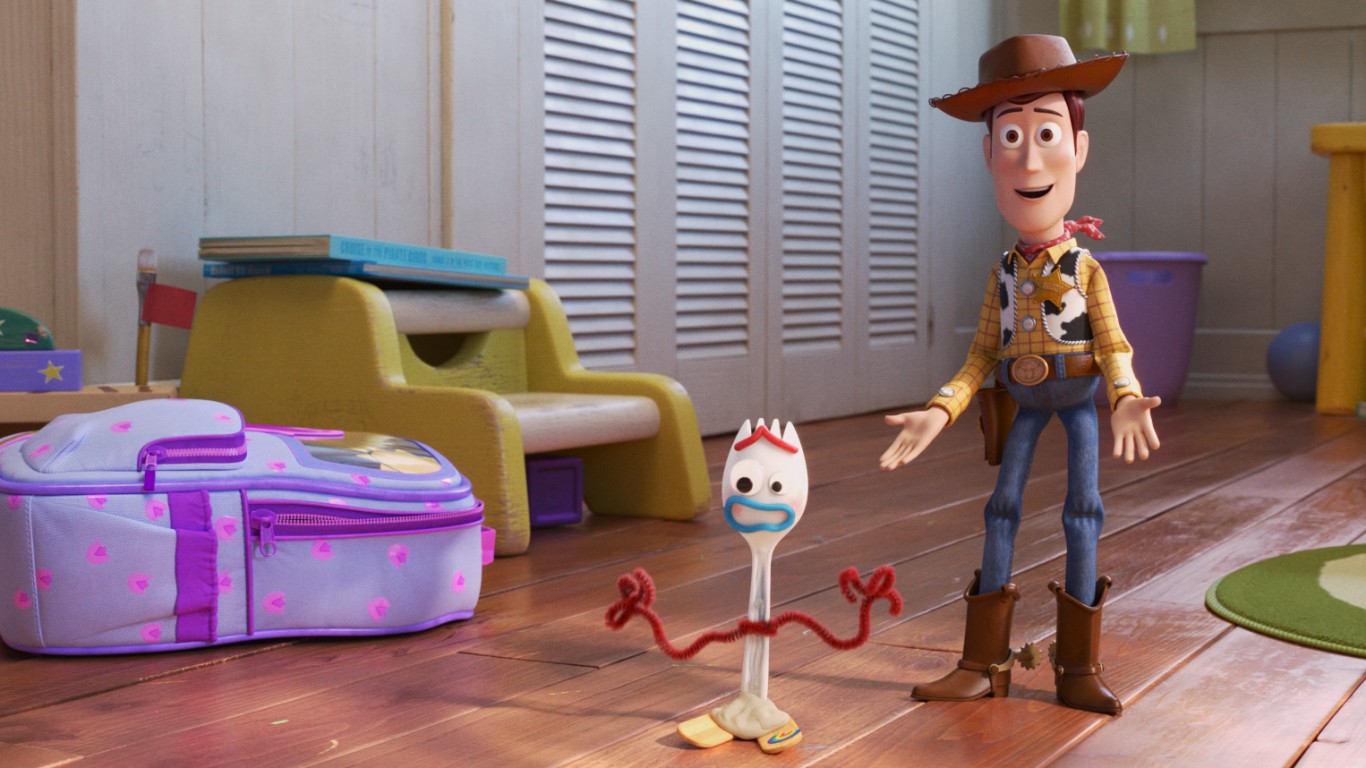 The fourth and final installment of the Toy Story film series gives a warm-hearted sendoff to everyone’s favorite cowboy, as Woody leaves Buzz and the gang for Bo-Peep, with the two living in the world on their own, without a child to care for. The film also has an all-star cast, including Key and Peele, Keanu Reeves, Carl Weathers, and more.

24/7 Wall St.
Most Profitable Kids Movies of All Time 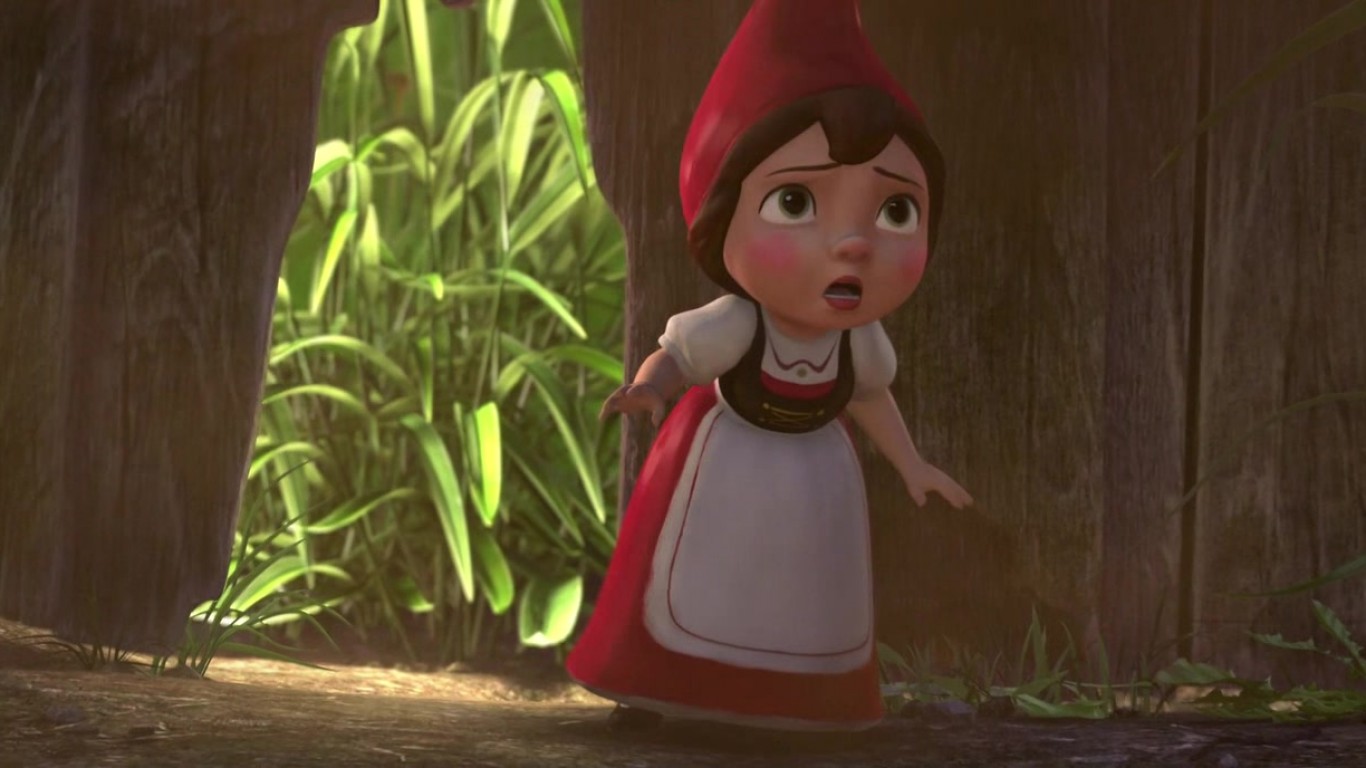 This garden-set spin on the Shakespearean classic stars James McAvoy and Emily Blunt voicing the title characters. Initially, Ewan McGregor and Kate Winslet were set to star as the star-crossed lovers, but were later recast. 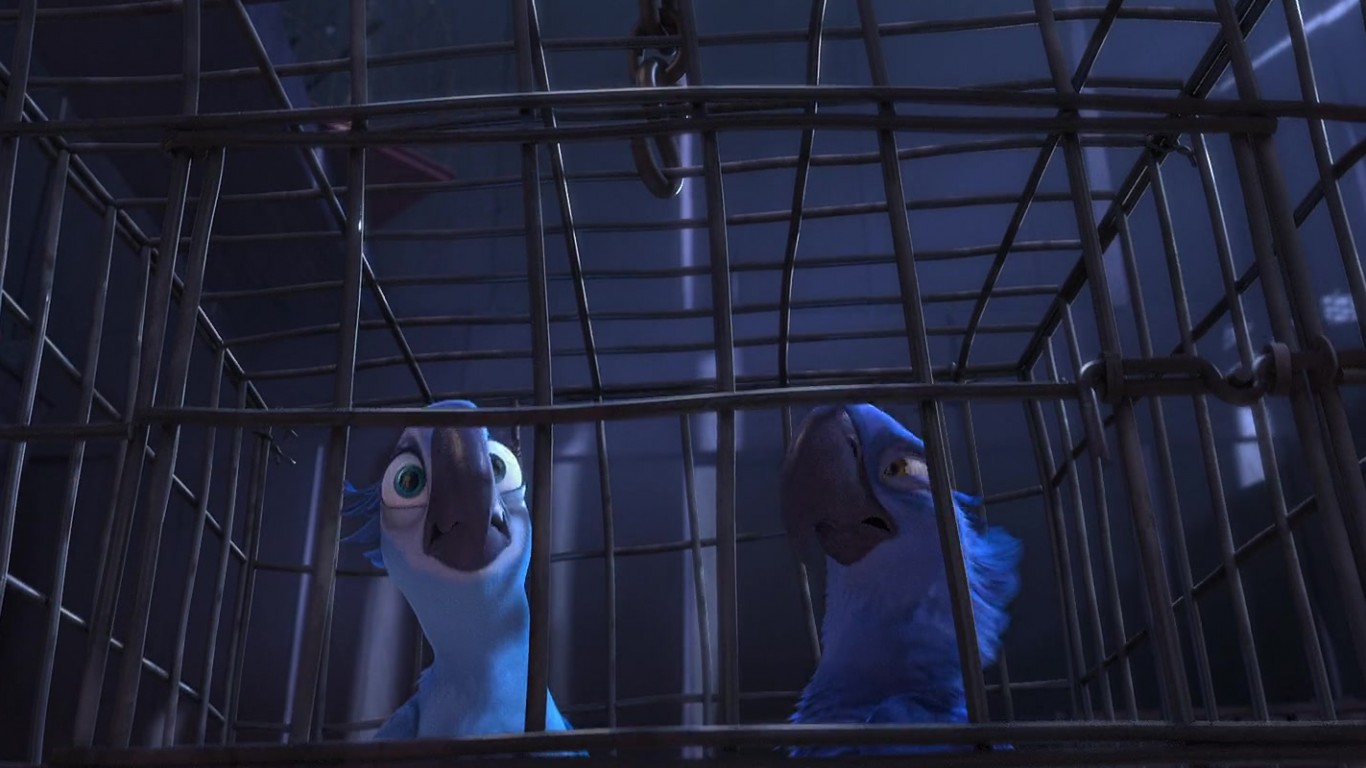 In a lesser-known animated film by 20th-Century Fox and Blue Sky Studios, “Rio” stars Jesse Eisenberg and Anne Hathaway voicing the tale of a Minnesota-raised blue macaw who winds up in Rio de Janeiro without knowing how to fly. The plot was partially based on the true story of Presley, a rare Brazilian Spix’s macaw found living in Colorado. 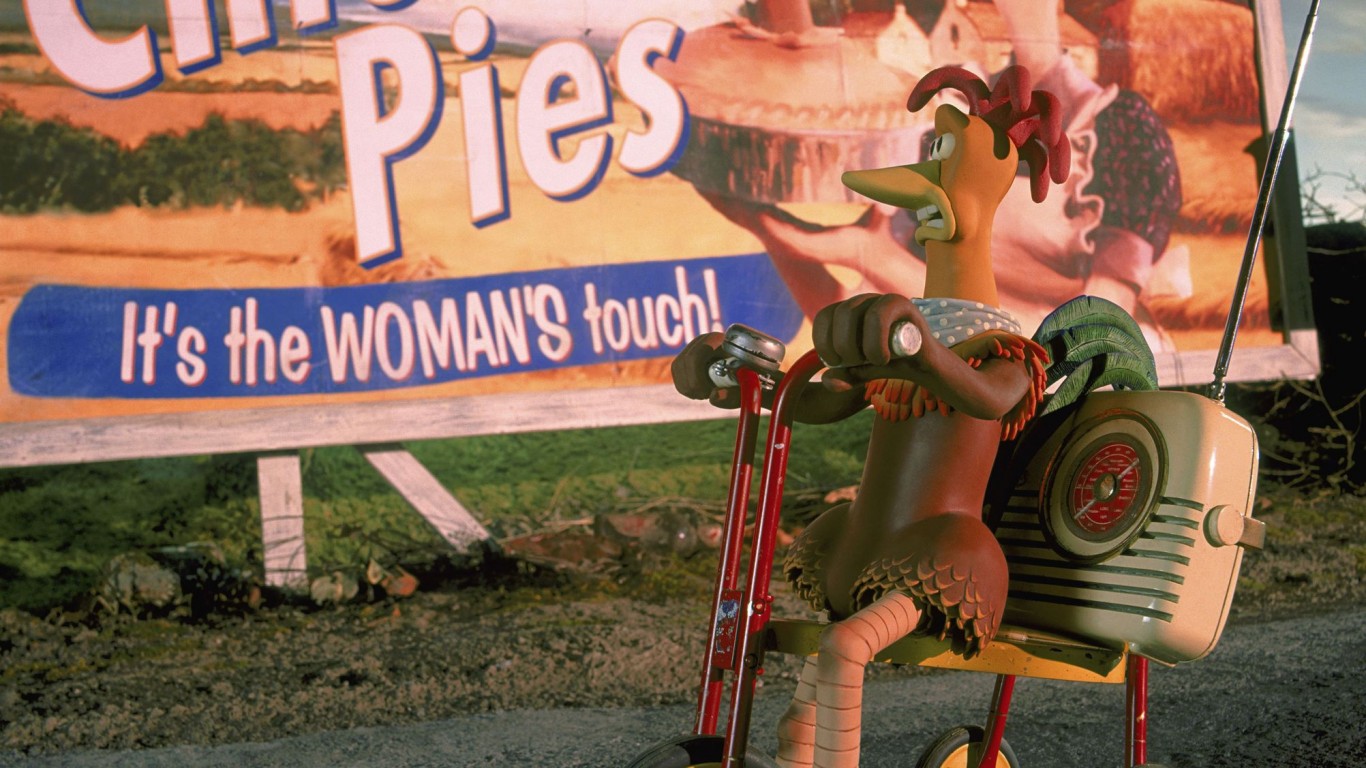 This stop-motion animated feature by DreamWorks Animation and Aardman Animations tells the tale of Rocky Rhodes (Mel Gibson), a circus rooster who crash-lands into a barn full of desperate chickens, who he helps escape. Many of the small-scale objects in the film were real; sewing was done with toothpicks and that was a real lightbulb in Hut 17.