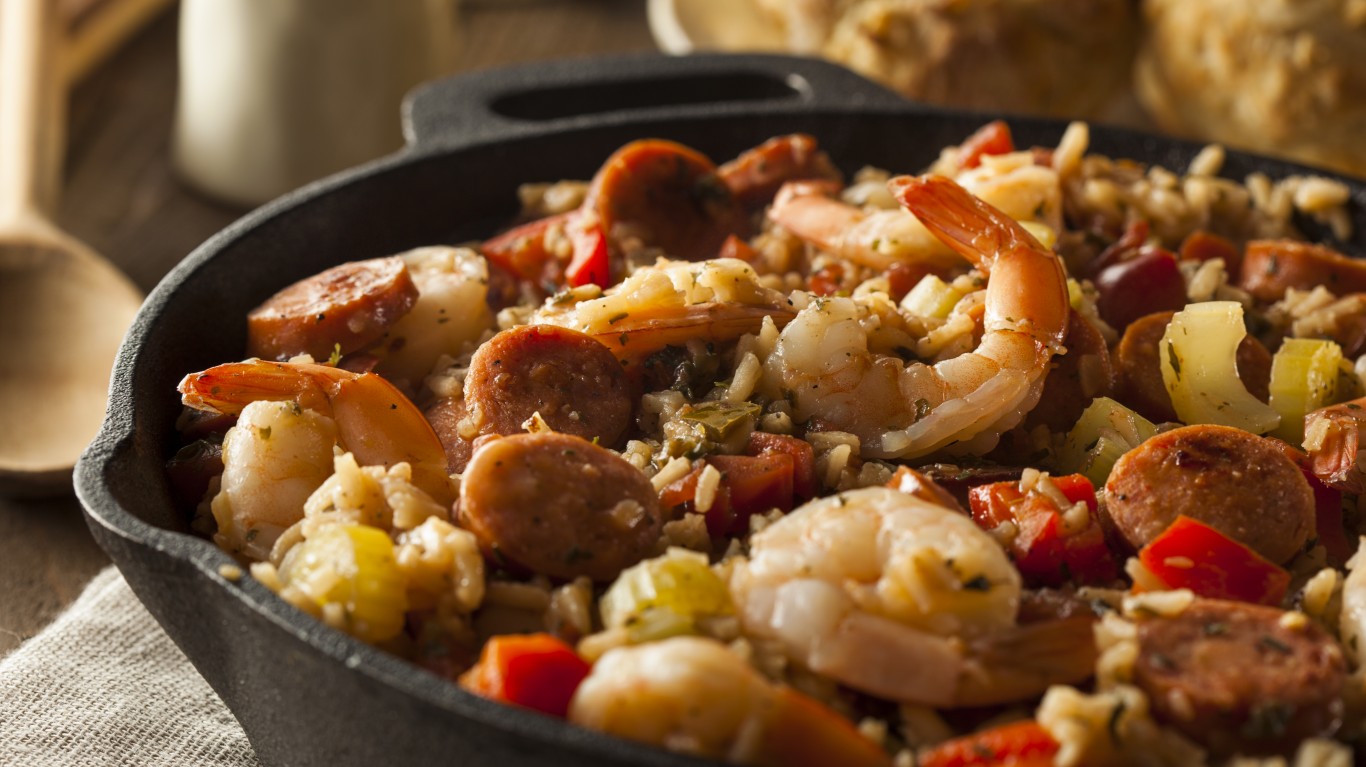 A Creole and Cajun dish with French, African, and Spanish roots, jambalaya is one of the most commonly found dishes in New Orleans, and is a thing of great pride for high-end chefs and home cooks alike. To make classic Creole jambalaya, rice is slowly cooked with vegetables including tomatoes, garlic, onions, bell pepper, and celery, as well as sausage, chicken, and sometimes seafood including shrimp and crawfish. Jambalaya in New Orleans usually includes tomatoes, but in southwestern and south-central Louisiana, Cajun-style jambalaya doesn’t. 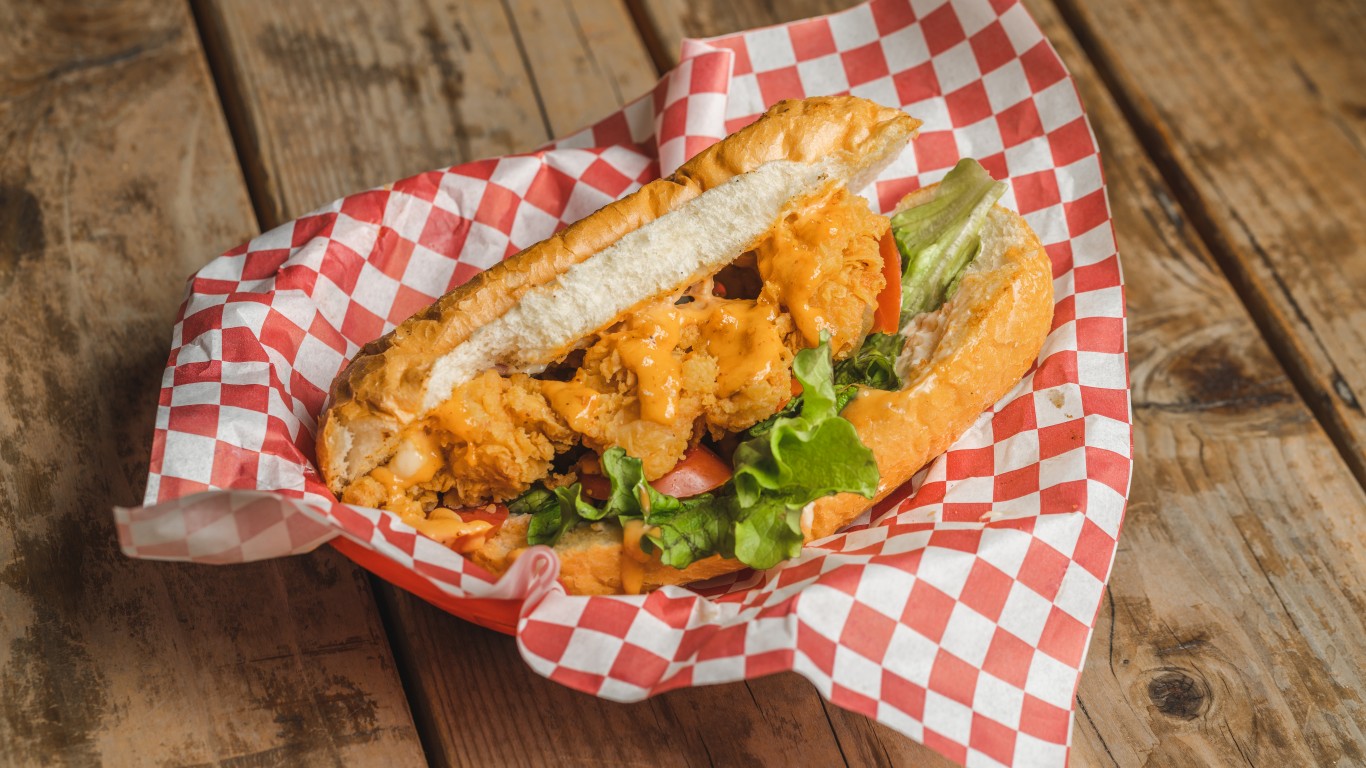 The po’boy is a signature food of New Orleans. As the story goes, back in 1929, during a four-month strike against the city’s streetcar company, husband and wife Benny and Clovis Martin fed the strikers free sandwiches at their French Market restaurant; the term was coined when they referred to the strikers as “poor boys” coming in to eat. Nowadays, the po’boy can be found at countless restaurants and sandwich shops throughout the Big Easy. It always starts with a soft, crusty loaf of French bread (ideally from local bakery Leidenheimer’s), and there are countless filling options, from fried shrimp, crawfish, and oysters to roast beef, ham, and sausage. Order it “dressed” and it’ll come topped with lettuce, tomato, pickles, and mayo.

24/7 Wall St.
Signature Dishes From 50 Cities Every American Should Try 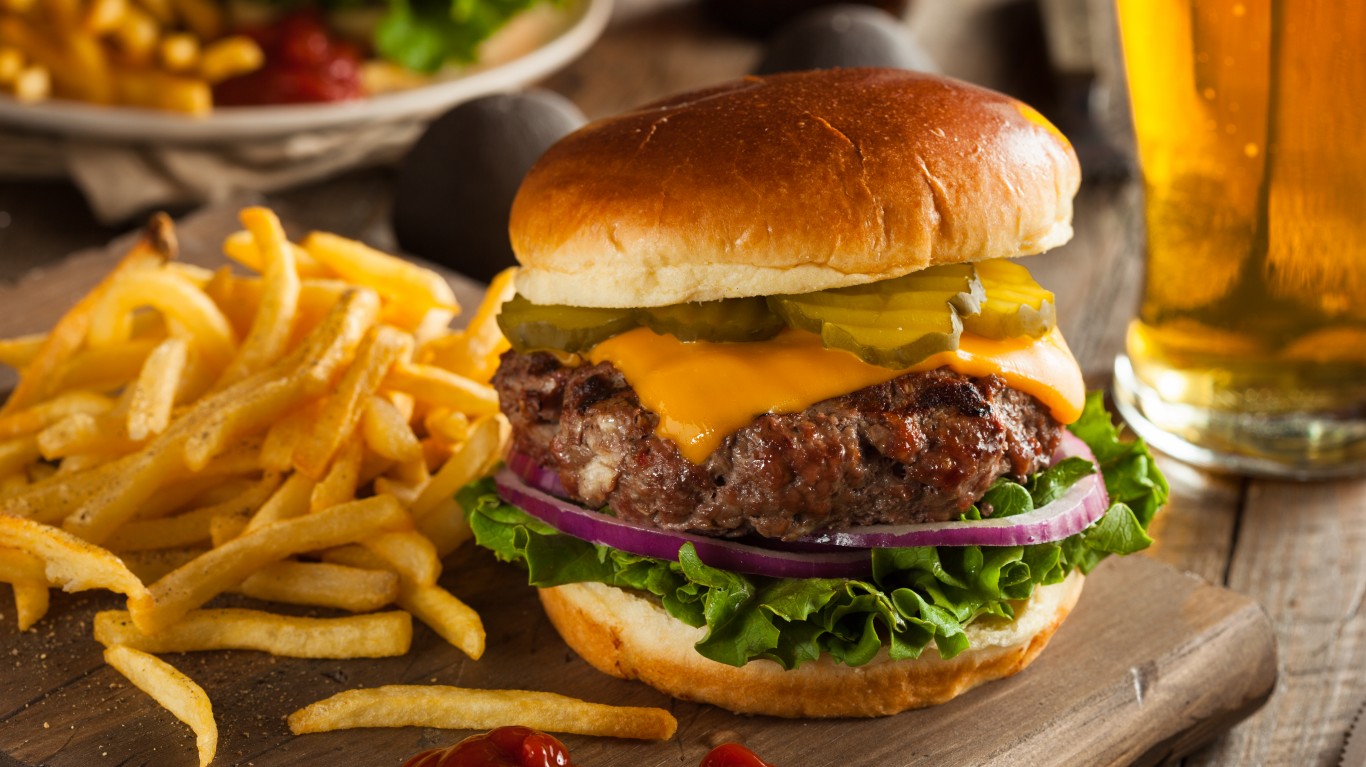 Cheeseburger, anyone? Unadorned hamburgers are well and good, but let’s be honest: it’s not a burger unless it’s a cheeseburger. It’s hard to imagine, but it wasn’t until the late 1920s that the cheeseburger was invented; a 16-year-old cook named Lionel Sternberger reportedly created it in 1926 at his father’s restaurant in Pasadena. But nowadays, the cheeseburger is as American as apple pie. And whether it’s American cheese, blue cheese, cheddar, or pepper Jack, there’s nothing quite like the flavor of melted cheese on top of a griddled beef patty. 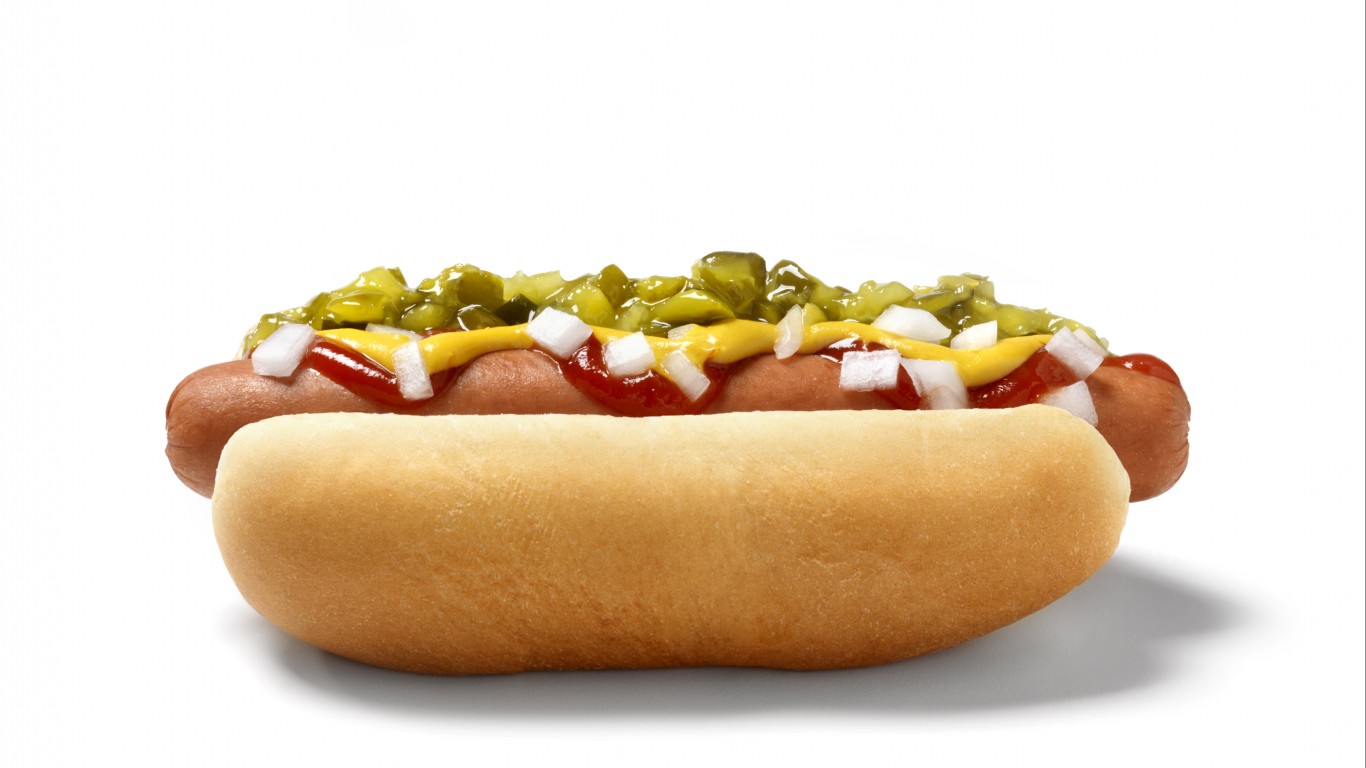 How do you like your hot dog? Perhaps you go New York-style with some sauerkraut and a swipe of deli mustard? Or maybe you want a beefy chili sauce and onions, Michigan coney-style? How about “dragged through the garden,” Chicago-style? One of the great things about a hot dog is that it’s infinitely customizable; you start with a frank on a bun and take it from there. Popularized in Coney Island in the late 1800s (where someone had the brilliant idea to take a German sausage and make it handheld by putting it in a bun), the hot dog is the quintessential working man’s food. A great hot dog is simple and classic, and we can’t get enough of ’em. 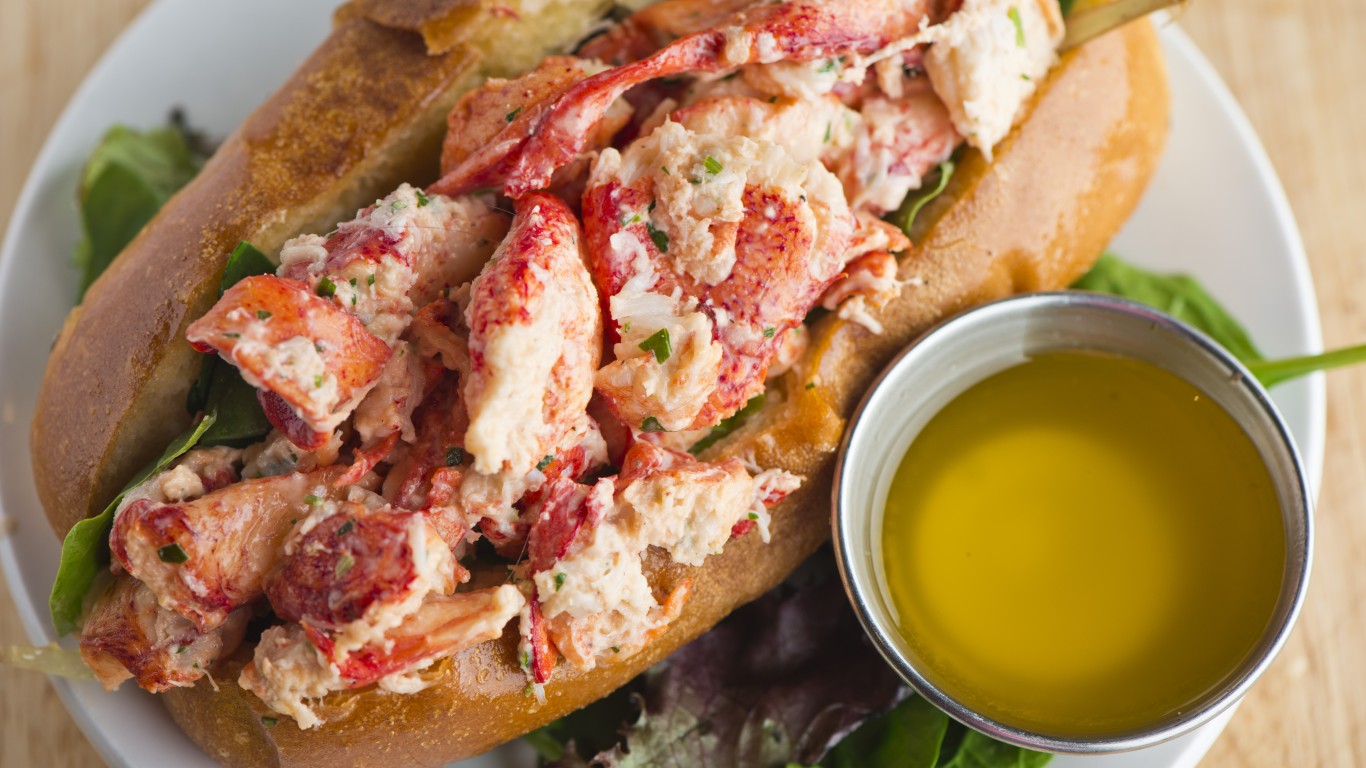 The lobster roll is one of the hallmarks of Northeastern cuisine. It usually comes in two primary versions: Maine-style, in which the lobster is cold and tossed with mayo; and Connecticut- or Rhode Island-style, which is served warm with butter. Both tuck the lobster meat into a split-top hot dog bun (or sometimes a round burger bun in Connecticut), which is usually griddled with butter. It’s not cheap and some have argued that turning a delicacy as expensive as a lobster into a sandwich is below its station, but if you ever find yourself sitting on the rocky shores of Maine with a fresh lobster roll in your hand, it’s truly like biting into a little piece of heaven.

Most Popular Fast Food Chain in Every State